You might not believe the origins of this government lingo. 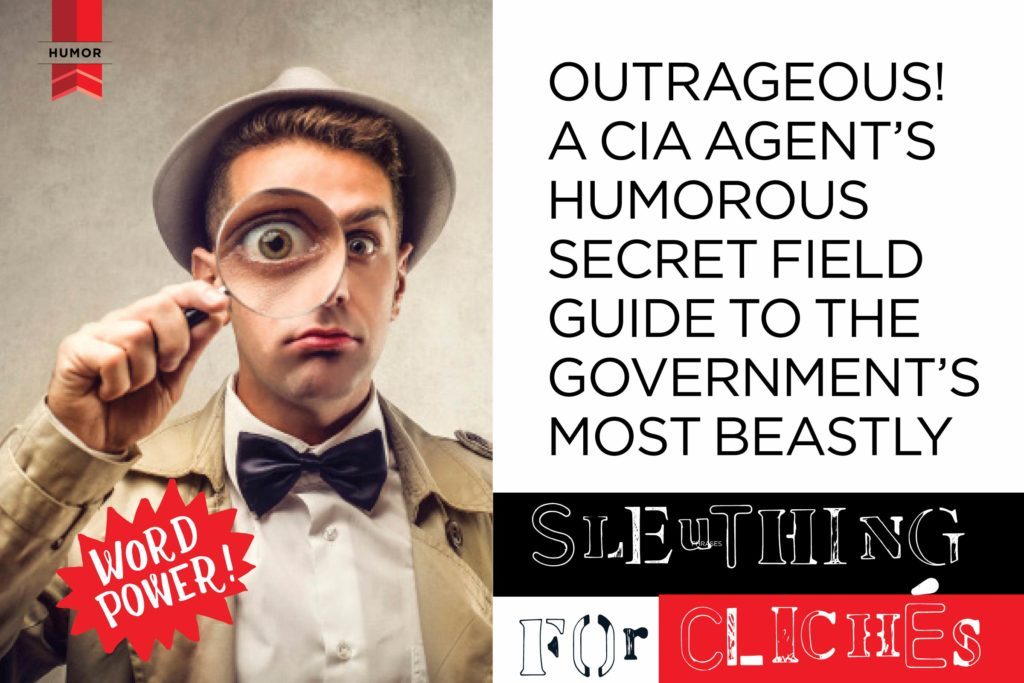 Government-speak, that enemy of plain English, is a language that has annoyed Americans since the days of King George III. It turns out that among those peeved are our nation’s spies. In these ­excerpts from a declassified 1982 CIA internal newsletter, an unidentified analyst for the agency mocks Washington’s love affair with worn-out jargon and confounding double-talk. To add even more bite to his or her sarcasm, the author included drawings of imaginary beasts to represent the “strange fauna” of these “specimen samples of clichés and misused or overused word combinations that CIA editors have encountered frequently over the years.” (Want to get a better inside look at the CIA? Here are jokes from them. Who knew they had a sense of humor?) 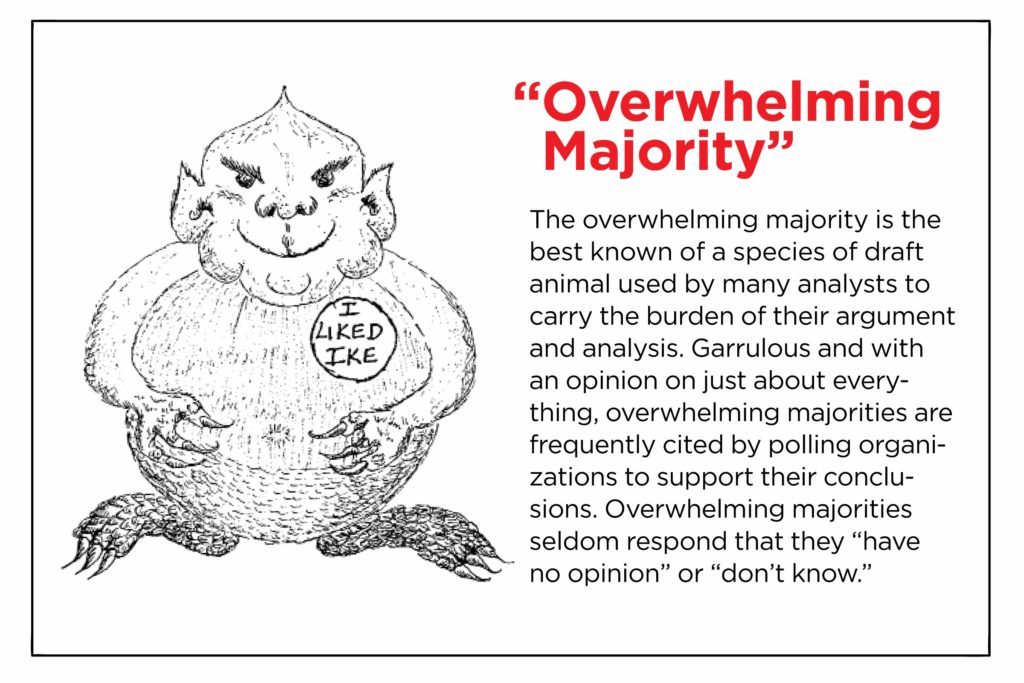 Nature’s born troubleshooters are moody and shy. They wander off when times are good because governments and officials tend to ignore them; when times are bad, officials are dismayed to discover that they don’t have any. Some suspect that viable alternatives may be related to problems because problems occasionally suggest viable alternatives. (Learn about these secrets the FBI doesn’t want you to know.) 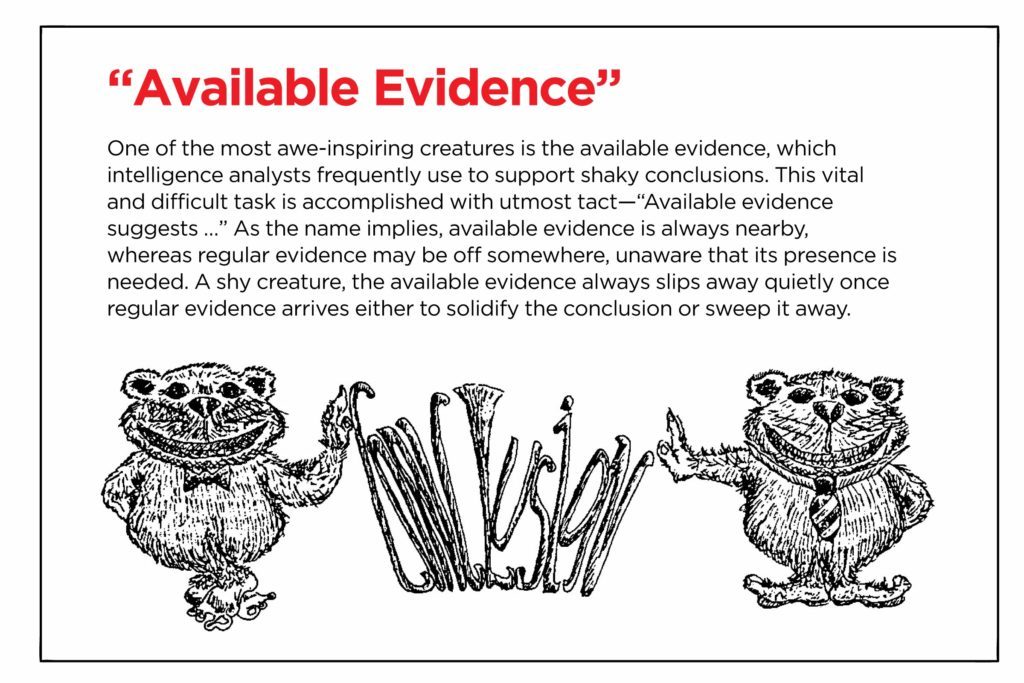 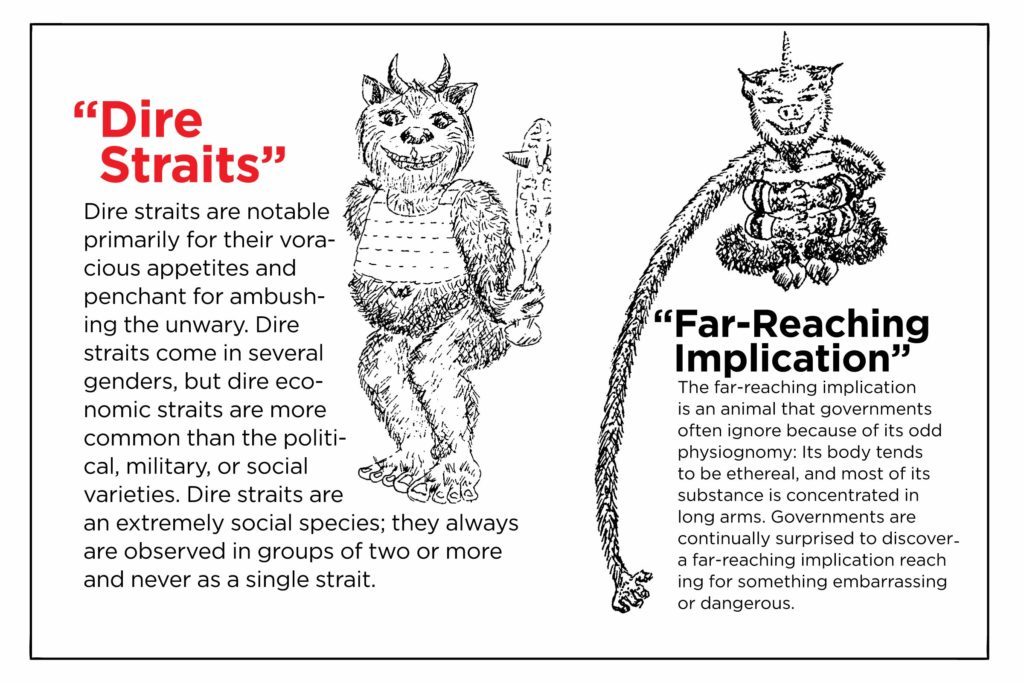 Dire straits are notable primarily for their voracious appetites and penchant for ambushing the unwary. Dire straits come in several genders, but dire economic straits are more common than the political, military, or social varieties. Dire straits are an extremely social species; they always are observed in groups of two or more and never as a single strait. 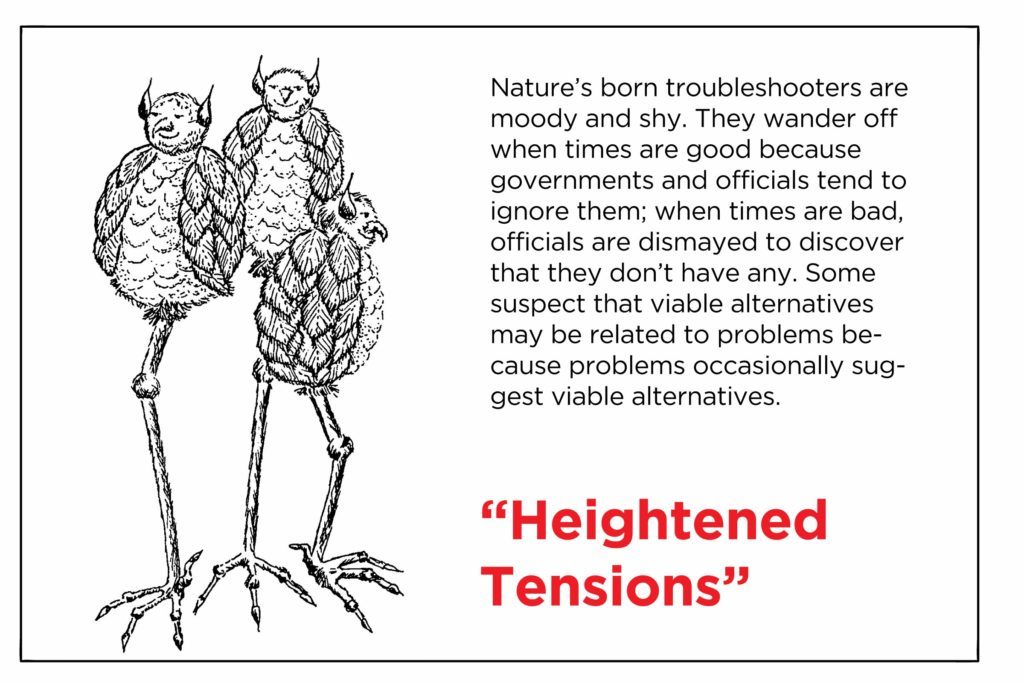 Foreseeable futures are the ­favorite pets of political and economic forecasters. No forecaster dares to be caught without one, and a forecaster with an obedient foreseeable future is admired by all. They are moody and dangerous animals, however, and frequently turn upon their masters, causing them great public humiliation, derision, and grief.

Analysts are fond of ferreting out nonstarters, those unfortunate beasts that because of their physi­o­gnomy are destined never to enter, much less win, a contest. Their desire to compete is intense, however, and because of their marvelous faculty for disguise, they love to mingle with genuine starters and confuse the unwary. Journeyman analysts can quickly distinguish between starters and nonstarters: Genuine starters have brass grommets so that they can be run up a flagpole and saluted.