12 Gross Things Hotels Do to Save Money

Before you kick off your shoes and relax on that big, comfy hotel bed, you’re going to want to read this. 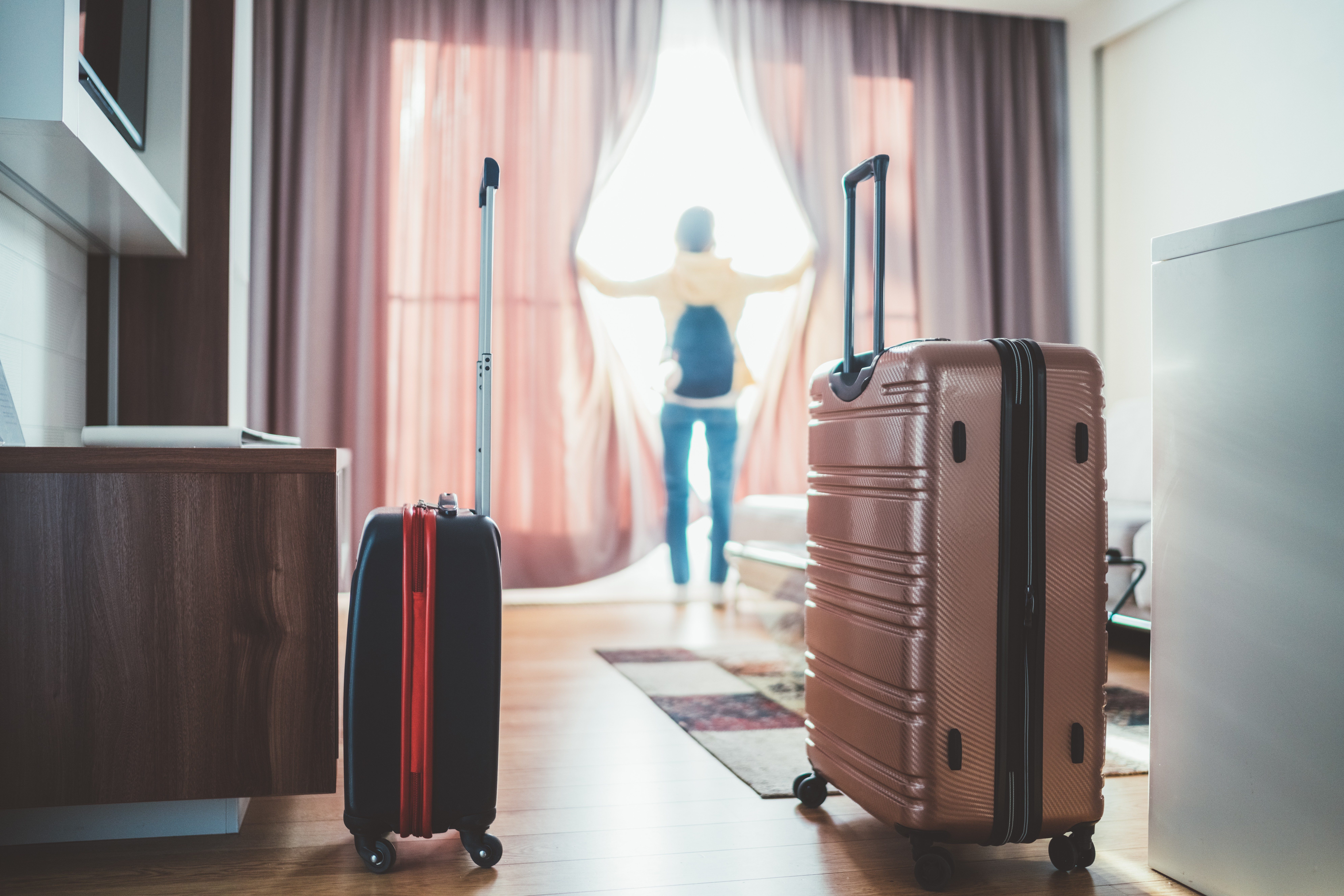 Looks can be deceiving

Since there’s such a quick turnaround between guests, perhaps it shouldn’t come as all that much of a surprise that hotels aren’t as clean as they should be. In fact—and only read on if you have a strong stomach—one study found that 81 percent of hotel surfaces contained at least some fecal bacteria. Here’s the issue: Hotels are in the business of making money, and one way they keep more of that money is by cutting corners where they think they can get away with it. And we hate to break the news to you, but surfaces aren’t the only things you need to worry about in your guest room, though, of course, some spots are dirtier than others. Here are the gross things that hotels often do to save cash. 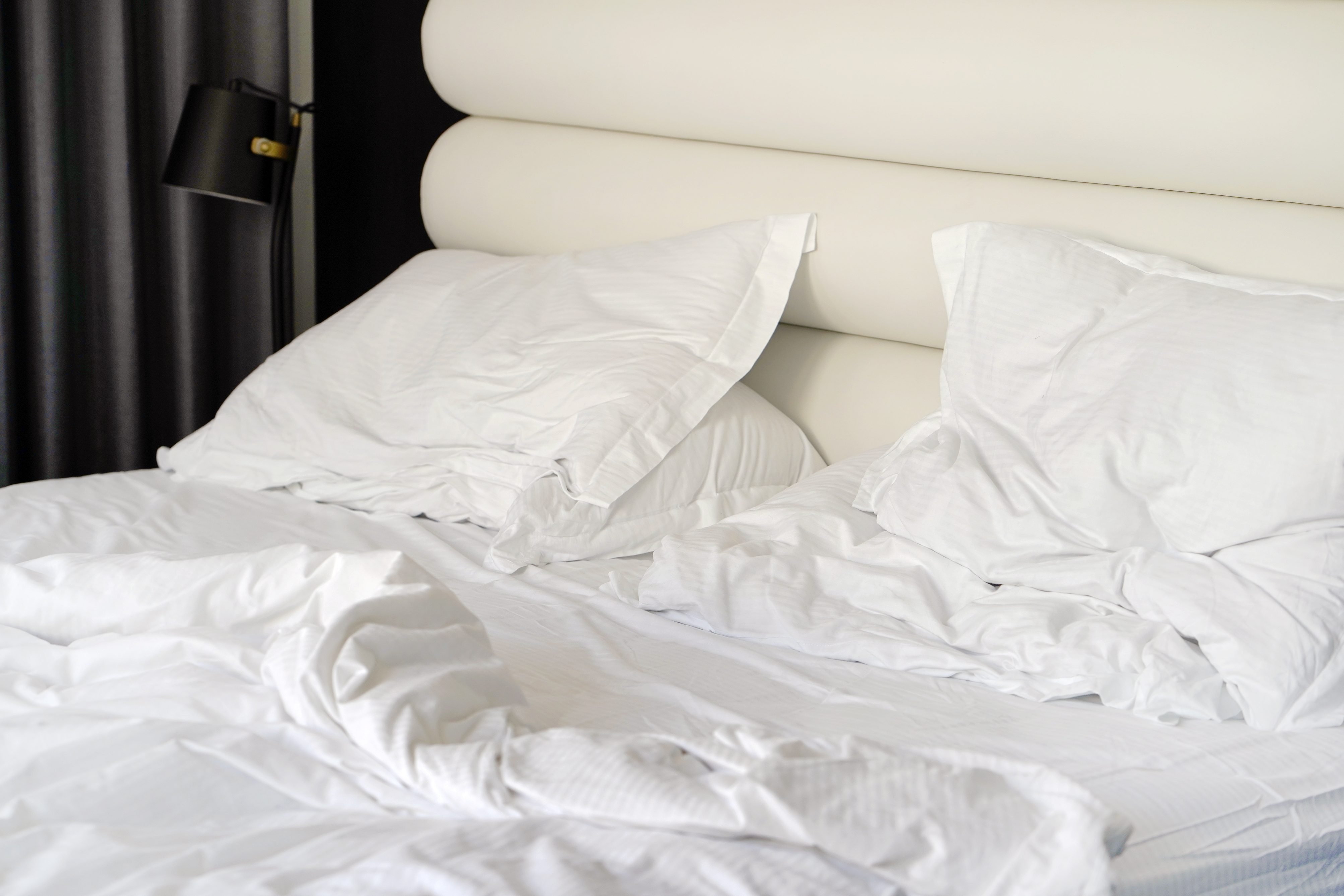 They reuse the sheets

If there aren’t stains, some hotels won’t clean the sheets regularly between guests, says Philip Biton, the cofounder of NDOband who also helps hotels find ways to generate money from their rented rooms. In fact, three out of nine hotels tested secretly didn’t change sheets (insert vomit emoji), according to an Inside Edition investigation. But, Biton says, “sheets should always be replaced.” After all, bodily fluids, hair, and other seriously gross stuff from previous guests could be lurking there. In your own home, this is how bad it is to not wash your sheets every week. Now imagine that at a hotel, with multiple people you don’t know rolling around on them. 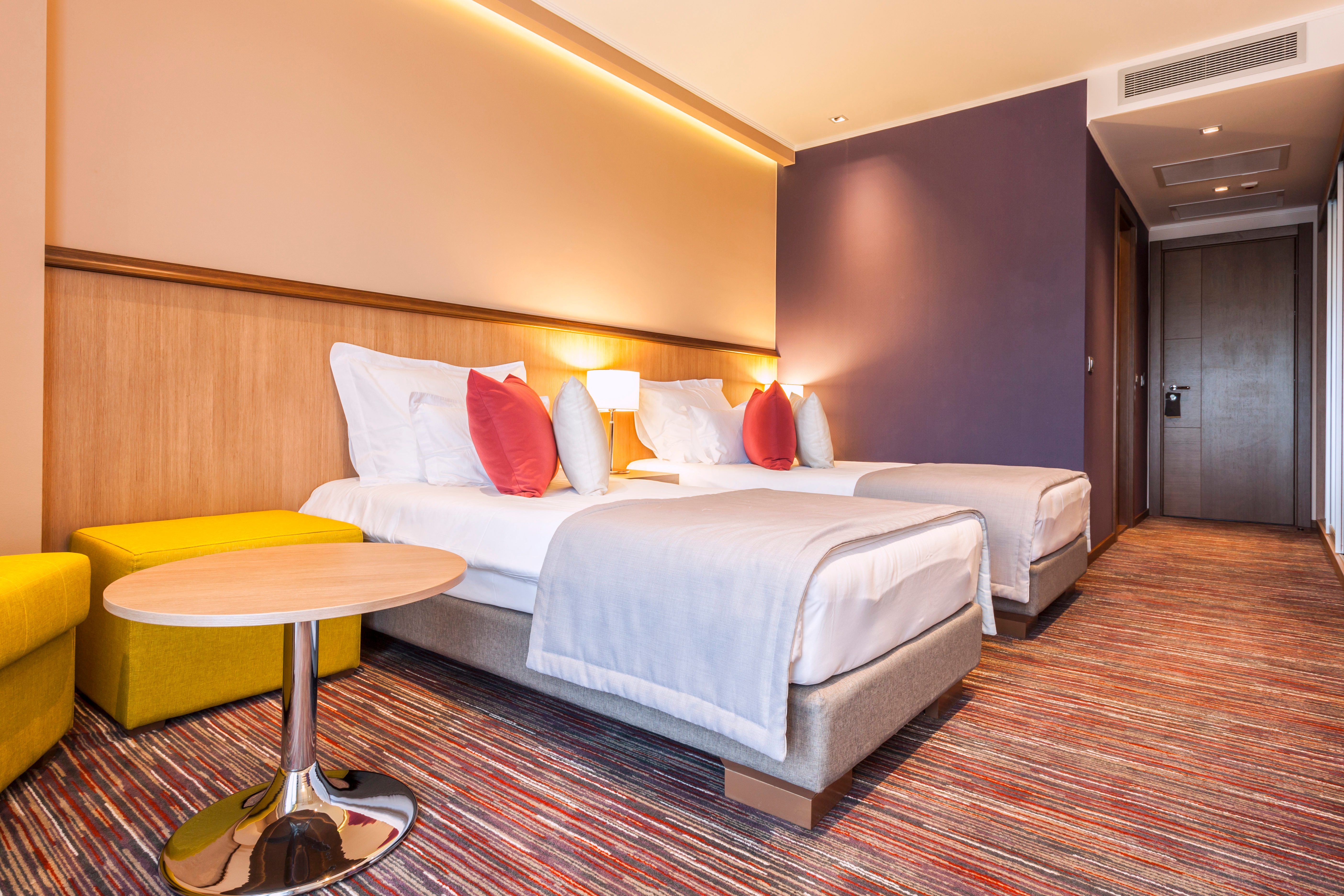 They choose colorful carpets on purpose

The purpose: to hide stains. Let your mind envision any stains you want, and chances are, they’re embedded in your lush, colorful carpet, according to Bustle. Yes, tiles are easy to clean, but those colorful carpets can also be viewed as works of art, according to Hotel Management, so they’re technically doing double duty. The most recent popular colors include grays, brown tones, and non-directional designs with heavy layers of texture. In case you were wondering, this is how often you should be vacuuming your carpet. 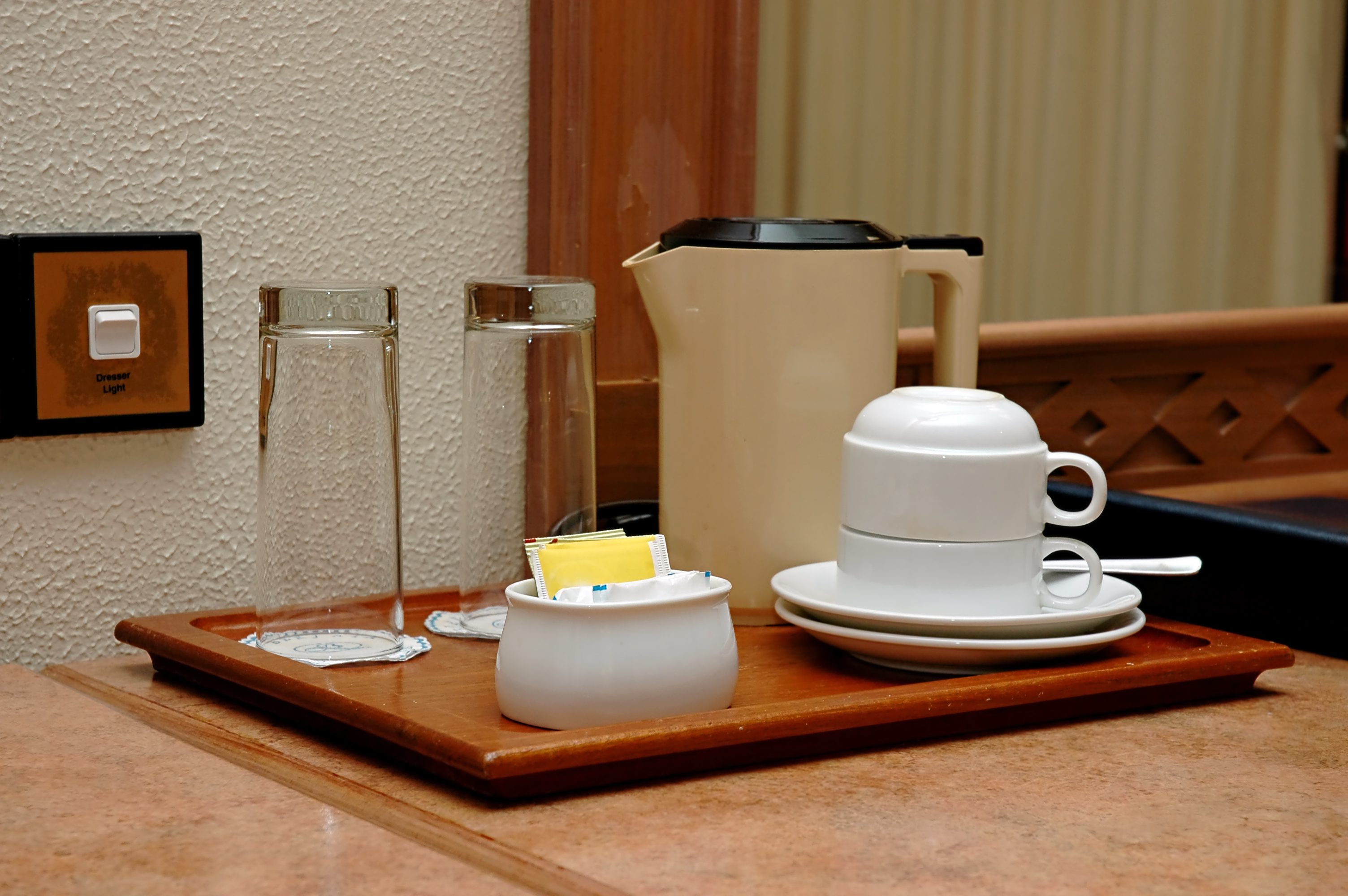 They skimp on washing the glasses

It’s easy to make a glass look clean: You simply have to rinse it under some water or quickly wipe it with a towel, especially if the previous guest only drank water out of it. And if the housekeepers have limited time to clean each room, there’s a good chance they’re going to save some of those precious minutes by not washing the glasses properly, according to an undercover investigation by ABC News in 2009. As a result, 75 percent of the glasses failed ABC’s clean-glasses test. Most were just wiped down and rinsed out instead of being properly sanitized.

While this study was the most in-depth on the topic, a more recent look at the state of hotel glasses didn’t find any better news, according to the Daily Mail: Instead, they reported that cleaning staff washed the glasses with dirty cloths and with spray that was not suitable for drinking. Pro-tip: BYO reusable water bottles when you stay in a hotel. 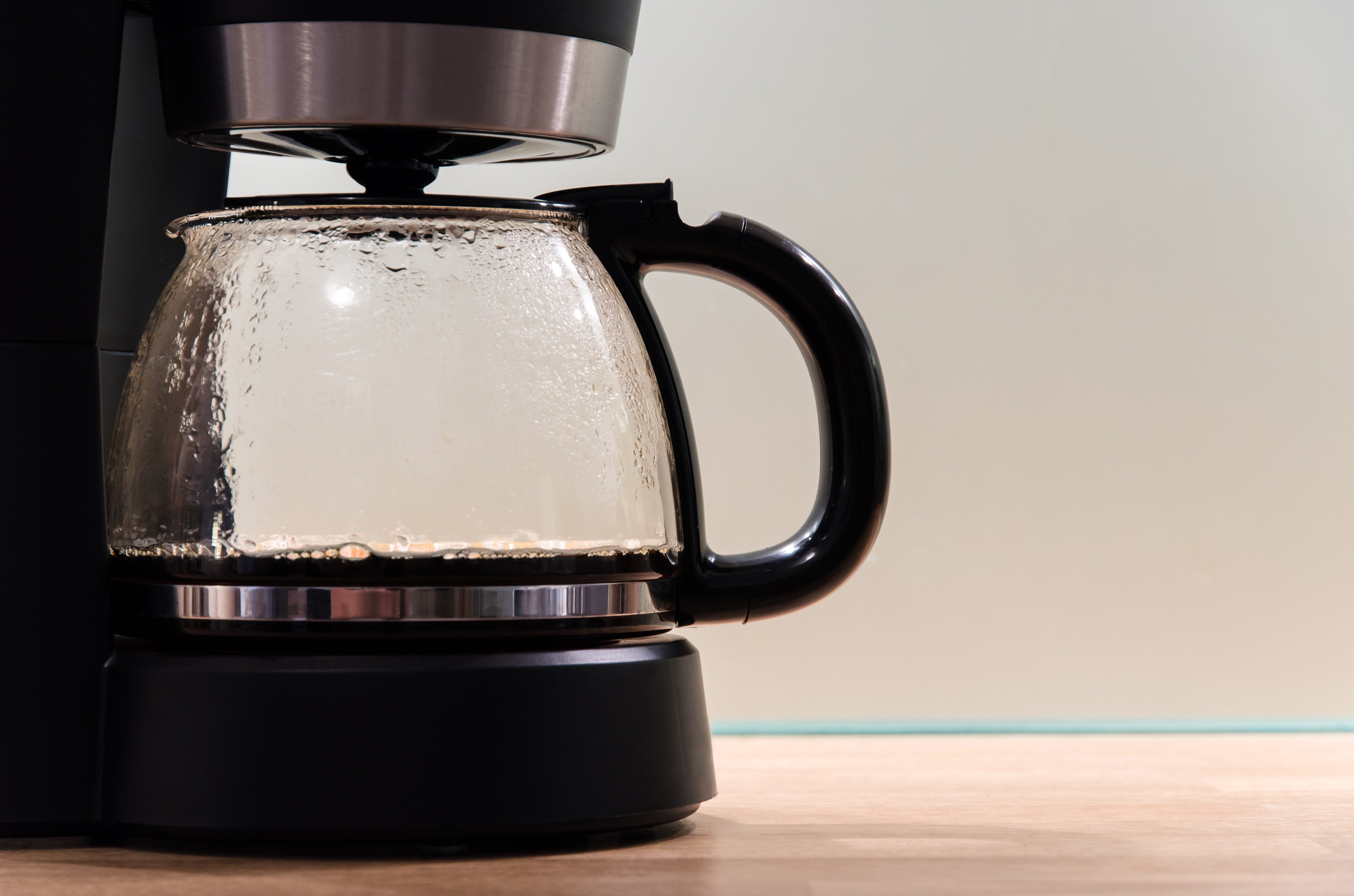 They don’t wash the coffeepots

Let’s be honest here: When was the last time you washed your own coffeepot? Exactly. So, you really shouldn’t expect a hotel to do a better job. One ABC News exposé found that hotels aren’t using soap or any other cleaners to clean their coffeepots. And researchers from the University of Valencia examined nine hotel Nespresso machines that had only been used for a year and found bacteria in all of them. That’s why we bring our own mini French Press with us when we travel. We know the last time it was cleaned properly. And just so you know, this is exactly how to clean a coffee maker. 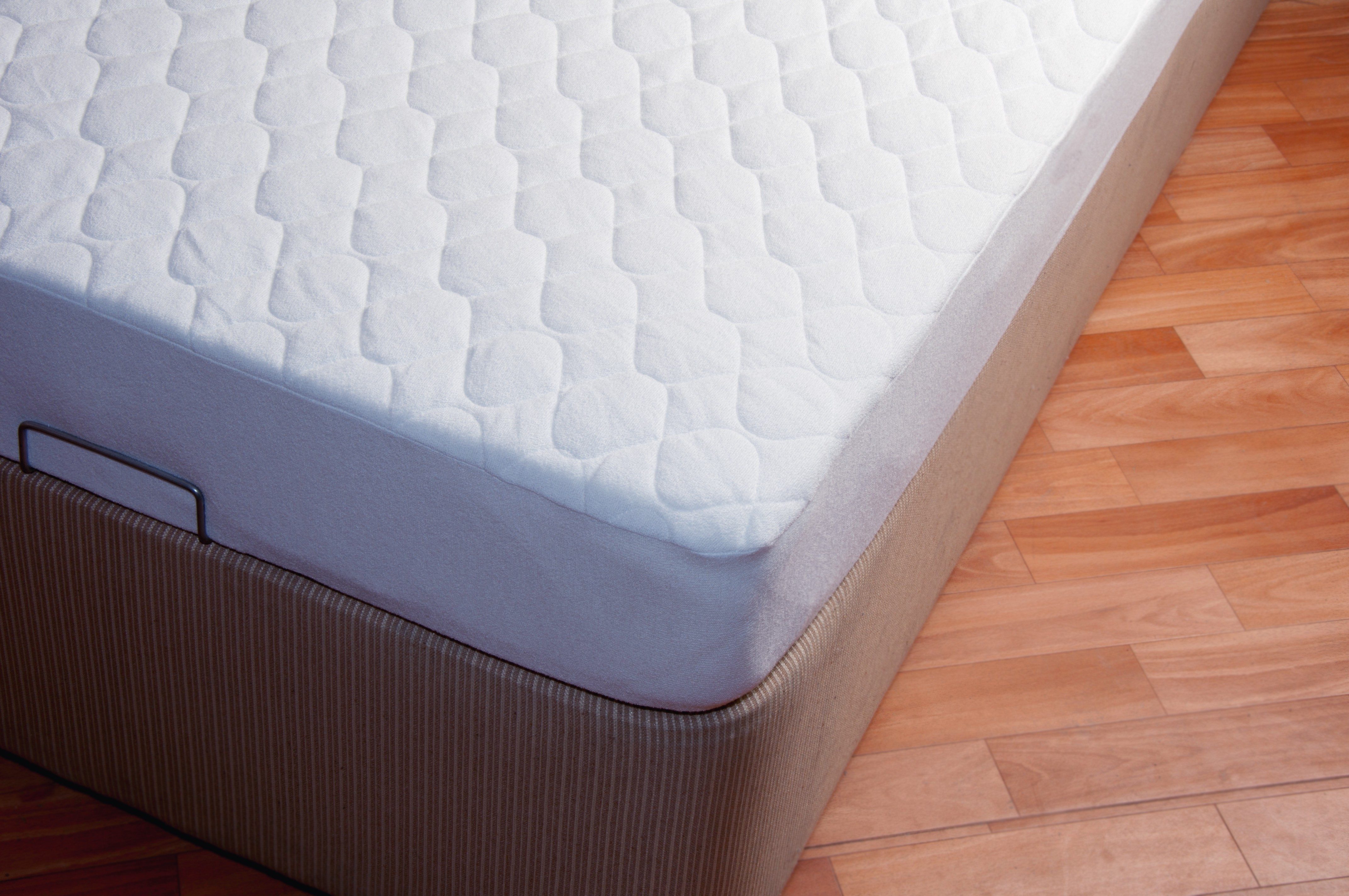 They don’t change their mattresses often

Mattresses are expensive. As a result, high-end hotels tend to change their mattresses every three to five years, while less expensive hotels will change mattresses every ten years, according to Traveller.com. Even if the mattress is torn or stained, many hotels will simply hide or clean the issue, as it’s too expensive to swap out a mattress every time there’s a problem. Here’s why you need to replace your mattress sooner than seven years. 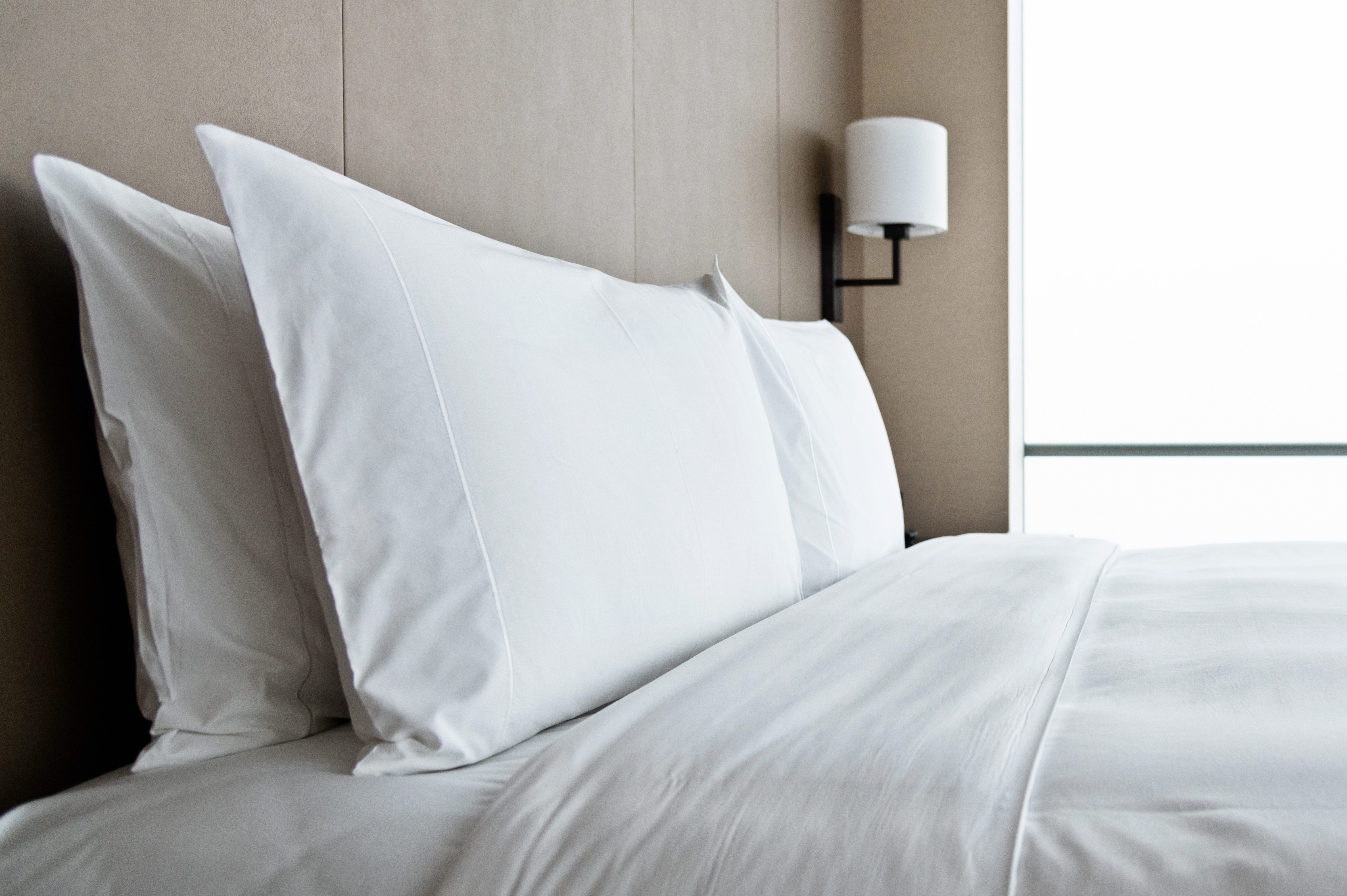 They neglect the pillowcases

Often, hotel beds are piled high with pillows, and chances are, you aren’t actually sleeping on all of them. And even if you do sleep on a pillow, do you really leave a mark? The Today Show investigated top hotel chains in the United States and found that many of the housekeepers put the pillows on the chair next to the bed while they changed the sheets. Then, they fluffed the dirty pillows and put them back on the bed. No visible stains equals a reuse. Plus, the pillowcases last longer that way, saving the hotels even more money in the long run. 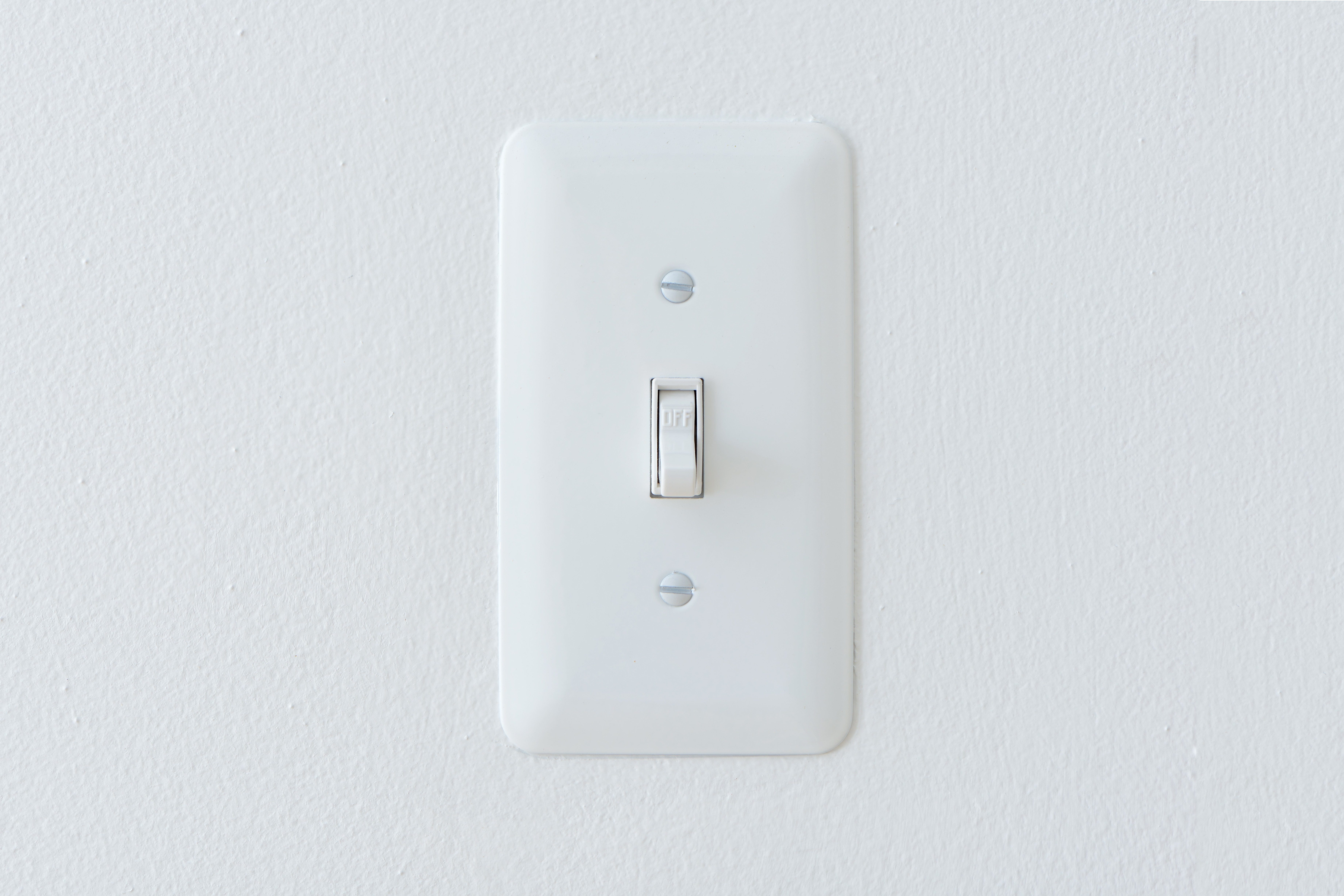 The light switch is never cleaned

We all touch them multiple times per day, but the light switches in hotels aren’t cleaned properly…or maybe ever, say researchers from the University of Houston. And this is a huge problem because the light switches—especially those on bedside lamps—are covered in bacteria. Light switches and TV remotes were the worst offenders in the room, according to this study. Since housekeepers are only allotted 30 minutes to clean each room, they don’t have time to wipe down everything, and they also inadvertently carry bacteria to multiple rooms by reusing the same sponge and mop. As a result, bacteria in the hotel rooms were found to be between two and ten times higher than the levels accepted in hospitals. For this reason, you should probably skip the hotel hair dryer as well. 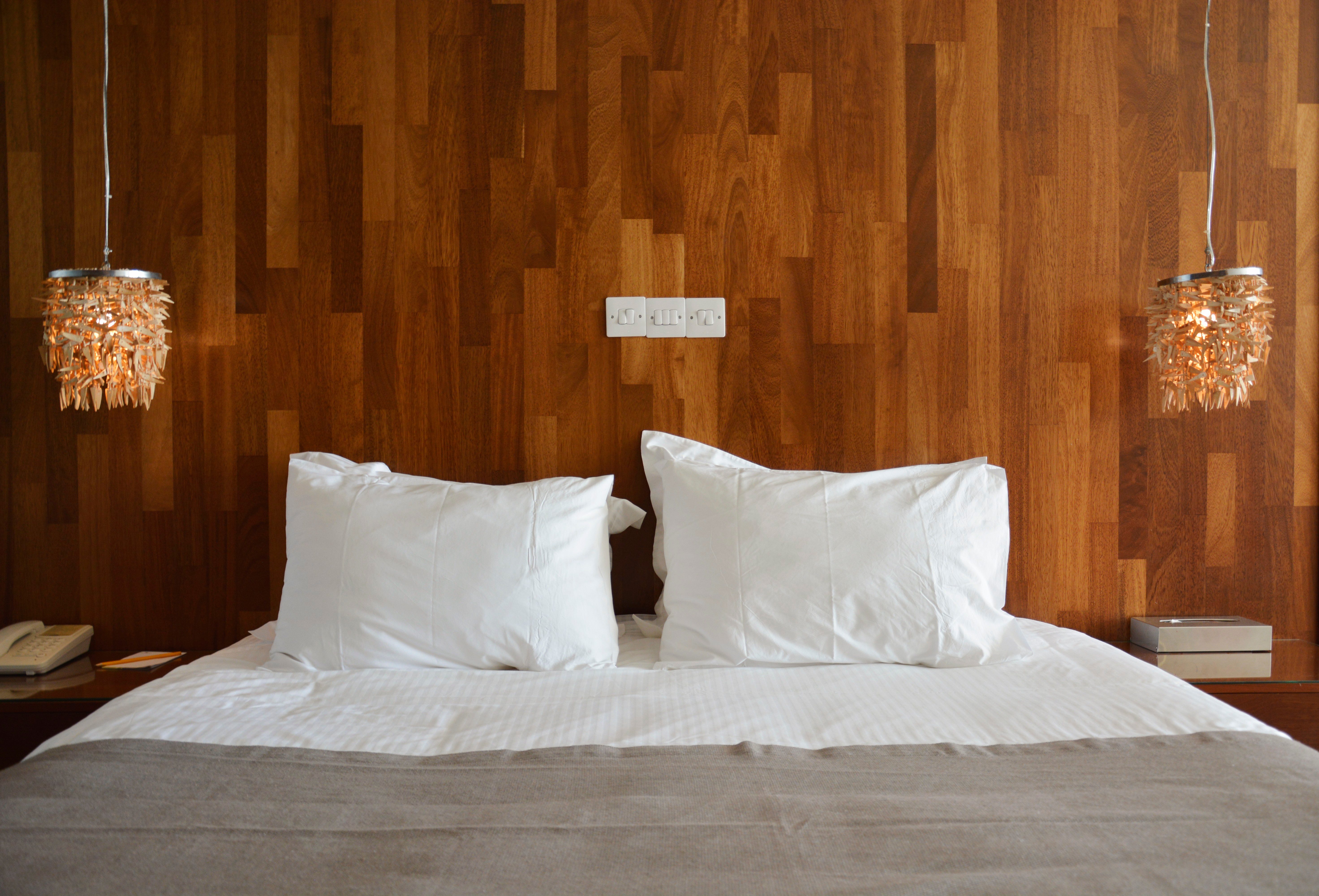 They don’t change the bedspread

The first thing you should do when you get into your hotel room? Don a pair of gloves and remove the bedspread from your bed. Seriously, don’t touch it. Most hotels clean bedspreads just four times per year, according to TravelTruth.com. If that bedspread is colorful, it’s more likely that it’s one of those special ones that’s not changed regularly. It was created to look good and hide stains, saving the hotel money in the process since it doesn’t have to be washed for each new guest. That’s just one of the reasons you might want to take a trip to the states with the cleanest hotels in America. 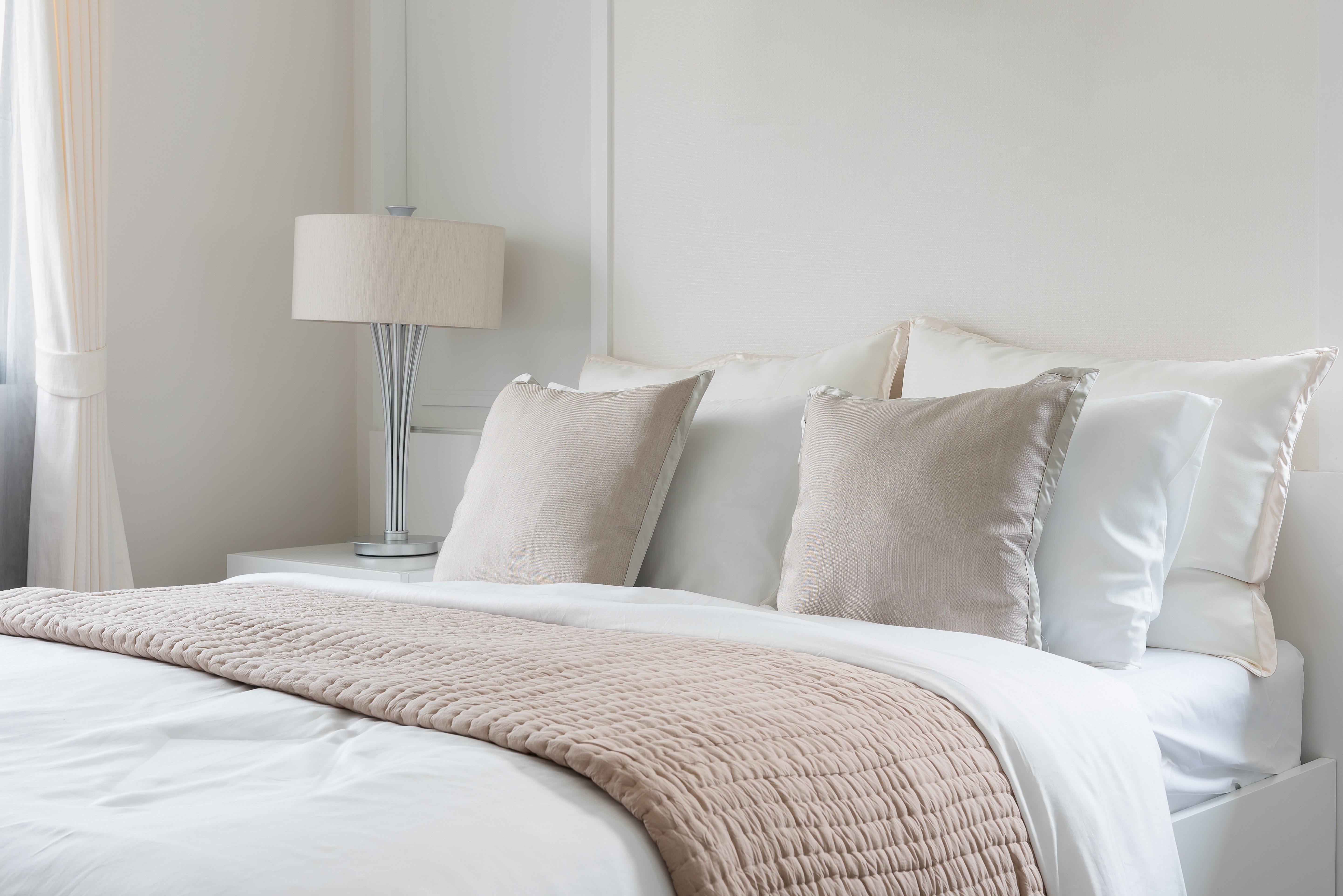 They don’t bother with the throw pillows

You know, the decorative ones that you toss off your bed and onto that gross carpet as soon as you enter your room? The housekeeping staff simply pops those germ-laden throw pillows back onto your bed—touching your (hopefully) clean pillowcases, according to Thrillist. Super duper gross. Are their throw pillows ever washed? Are yours? Up your chances of having a clean hotel room by avoiding these hotel chains with the worst reputations in the industry. 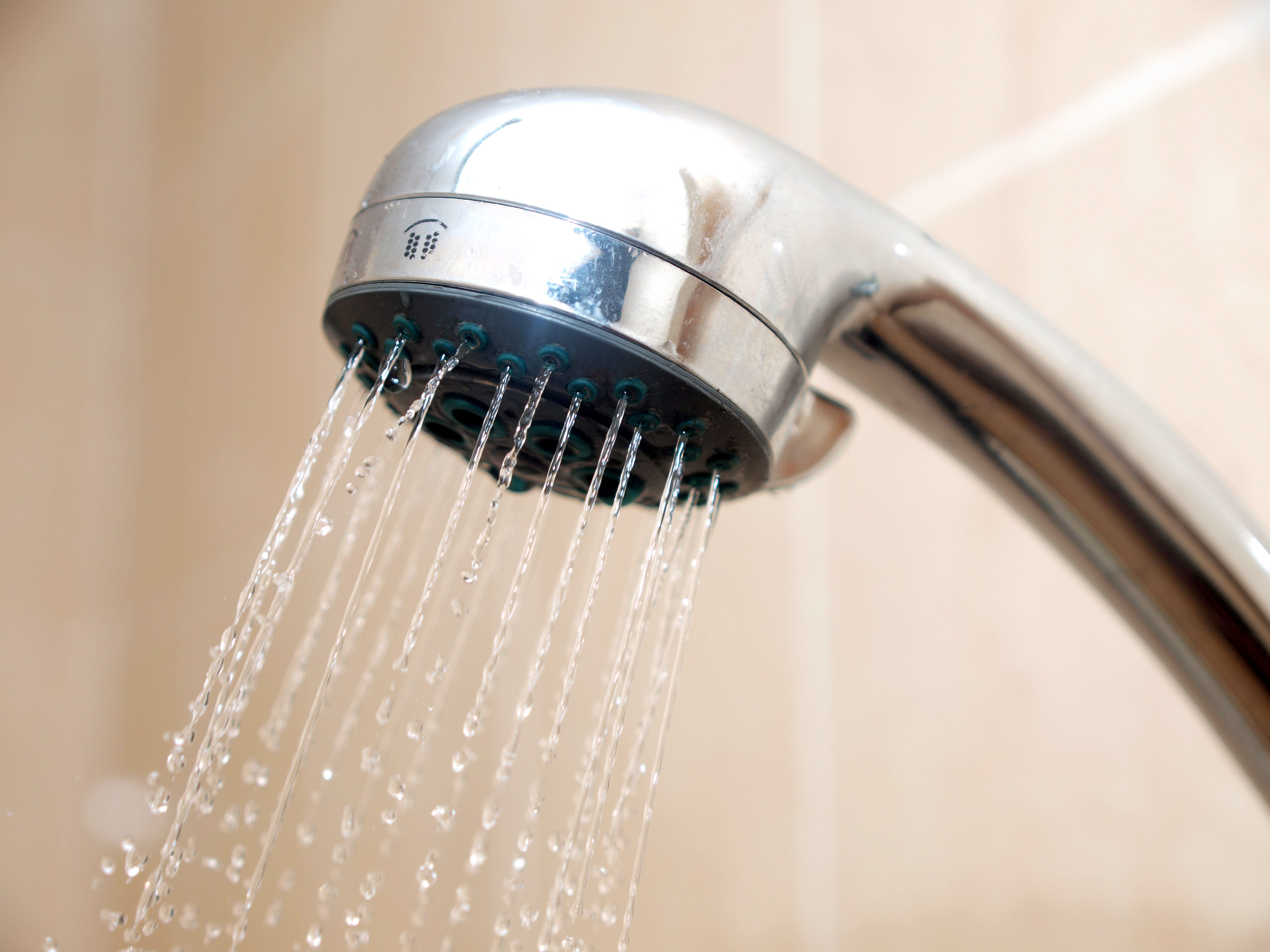 Some have poor water pressure

Hotels can save money by controlling the flow of water, according to the Hotel Association of New York City (HANYC). Conserving the flow of water not only saves on water costs, but it also saves money on energy and more—so the hotels may have actually installed low-flow devices. What does this mean for you? Aside from poor shower quality, you’ll also get linens that aren’t so clean and an overall filthy vibe. 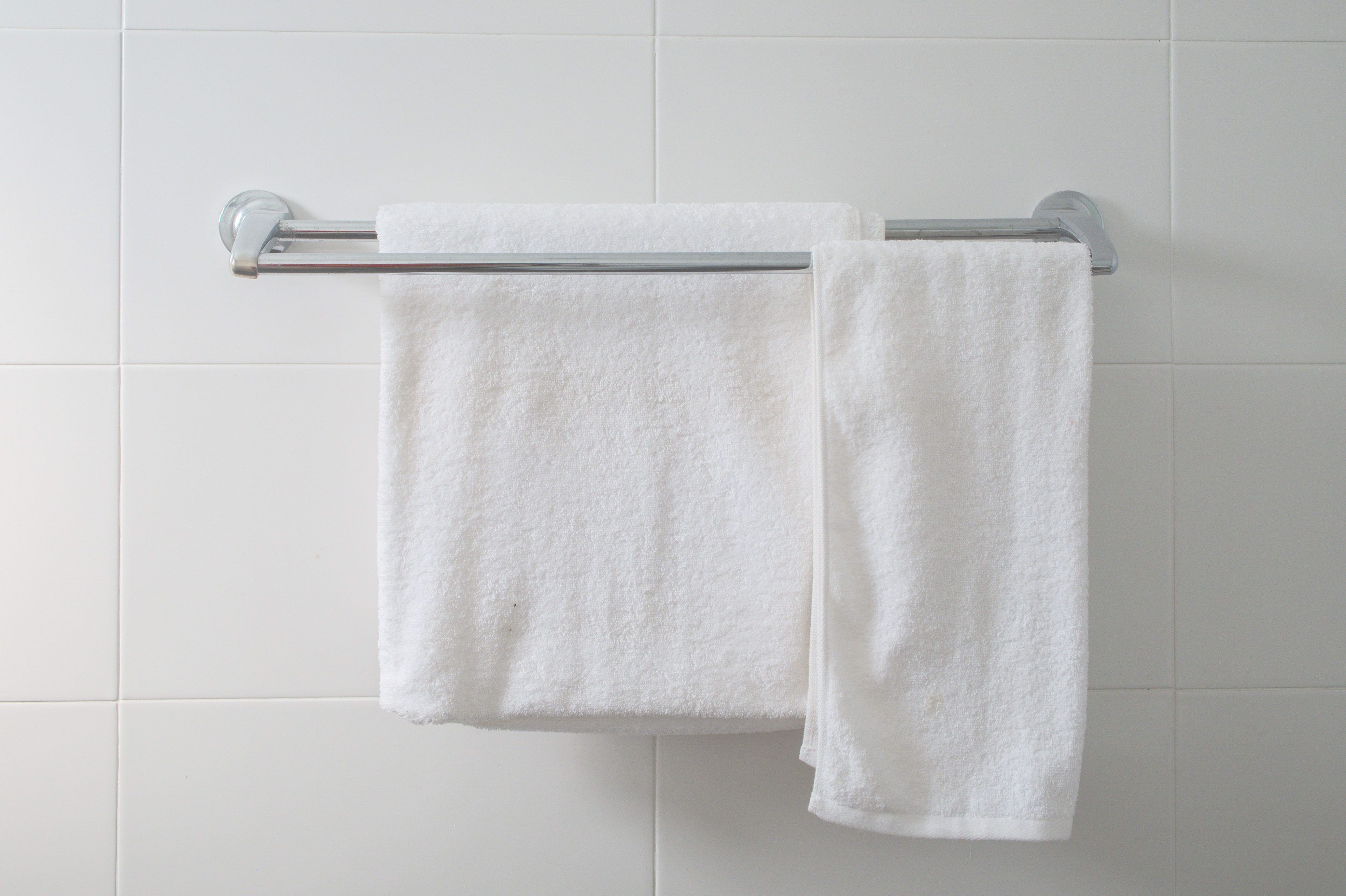 They don’t always change their towels

“They utilize the apathy of guests by stating that only towels left in the bath and shower will be changed,” says Jeremy Scott Foster, CEO of TravelFreak. “This can save hotels so much money on labor, detergent, and electricity.” Previously, Foster says, all towels not on the original rails were washed. Still, some good does come out of this cost-cutting policy: It benefits the environment. Laundry makes up 16 percent of a hotel’s water usage, and by not washing those towels, the hotel can save on water, sewer, labor, and energy costs, according to National Geographic. This is one reuse we don’t actually mind, especially since we’re the only ones using and reusing those towels. Here are another 20 tiny everyday changes you can make to help the environment. 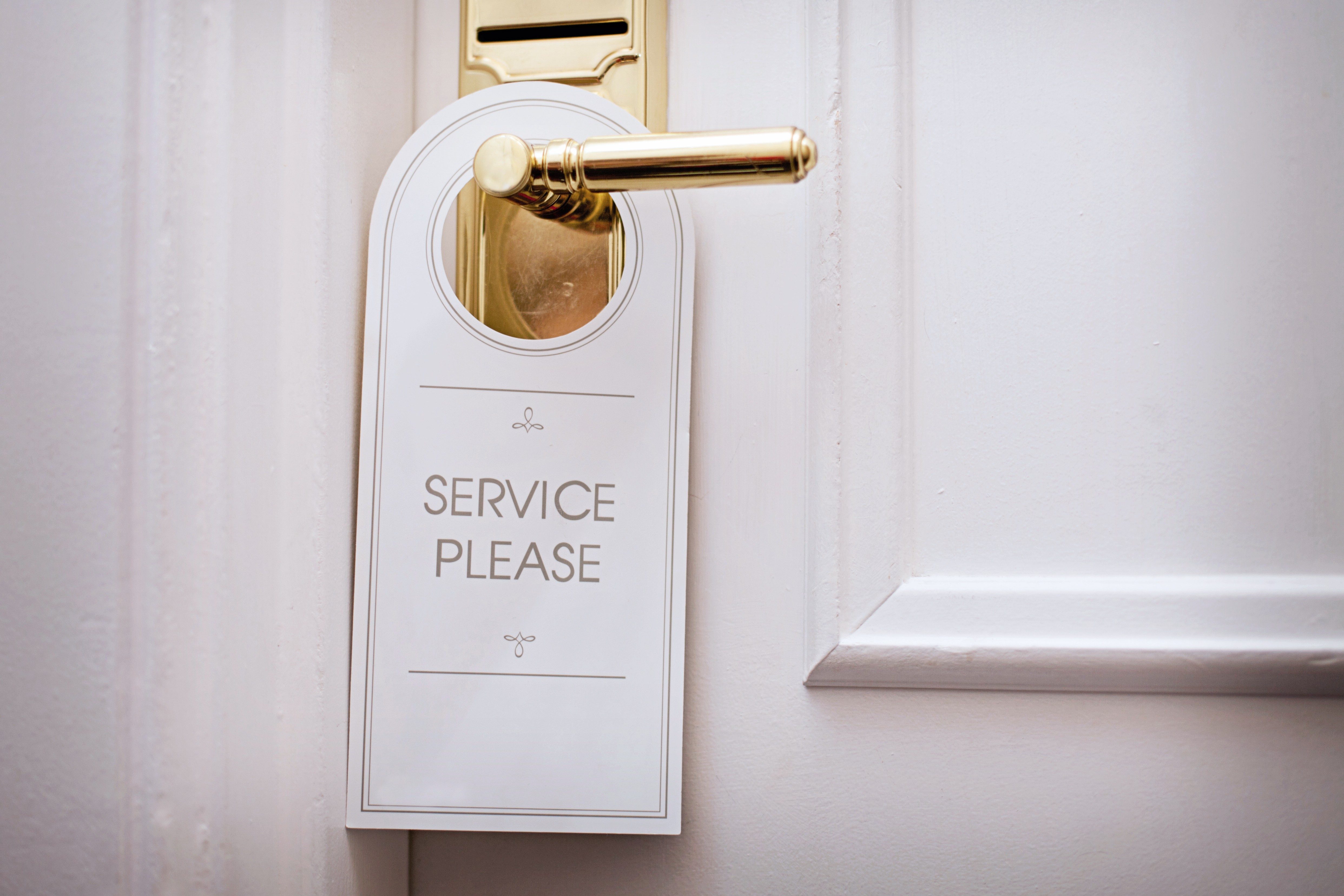 Some hotels are up-front about skipping cleaning days. They will offer their guests a $5 per day credit if they choose not to have their room cleaned, or alternatively (at different hotels), they’ll tack on additional costs for daily cleaning. These hotels have realized that it’s not cost-effective or necessary to do a thorough cleaning every day, so they’re offering these alternatives to save money. But don’t despair! Instead, read these 22 tips for a better hotel stay.