14 Spooky Halloween Superstitions and How They Came to Haunt Us

Ever wonder why we fear black cats or carve faces into pumpkins? The stories behind these Halloween traditions are actually centuries old. 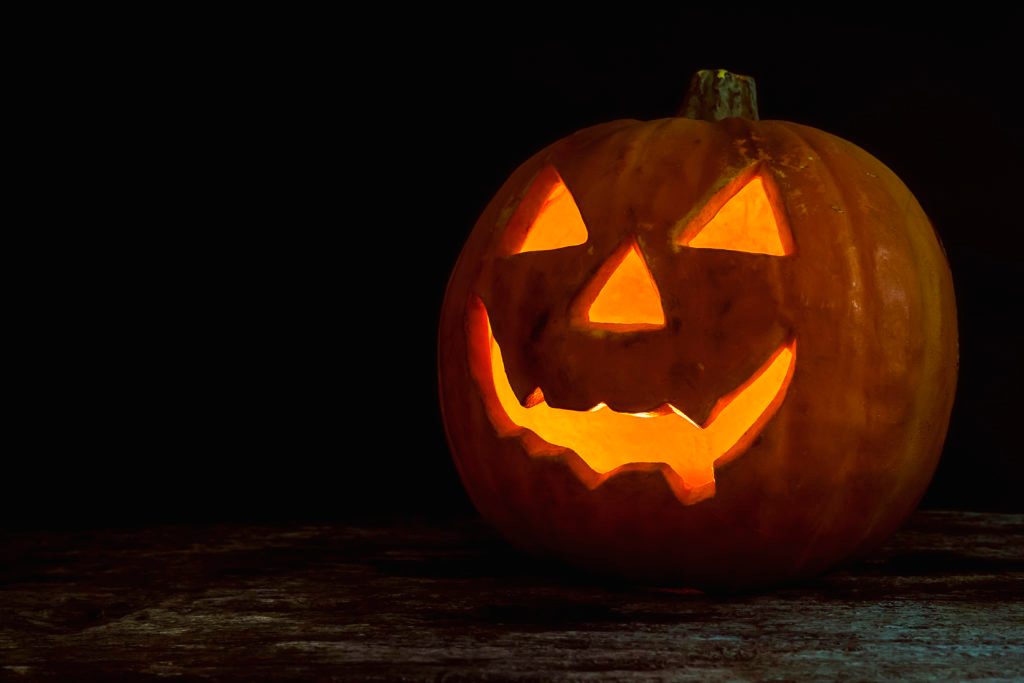 There’s more to Halloween than just a sugar rush and creepy costumes. These traditions date back centuries and are not just limited to the United States. In fact, it didn’t even start in America. The holiday has evolved over time, beginning with an ancient tradition and turning into the fun day we all know today. This year, before you decorate your home and indulge in Halloween treats, take a couple minutes to see what this holiday is really all about. Make sure to read up on the history of Halloween for more knowledge about this beloved holiday. 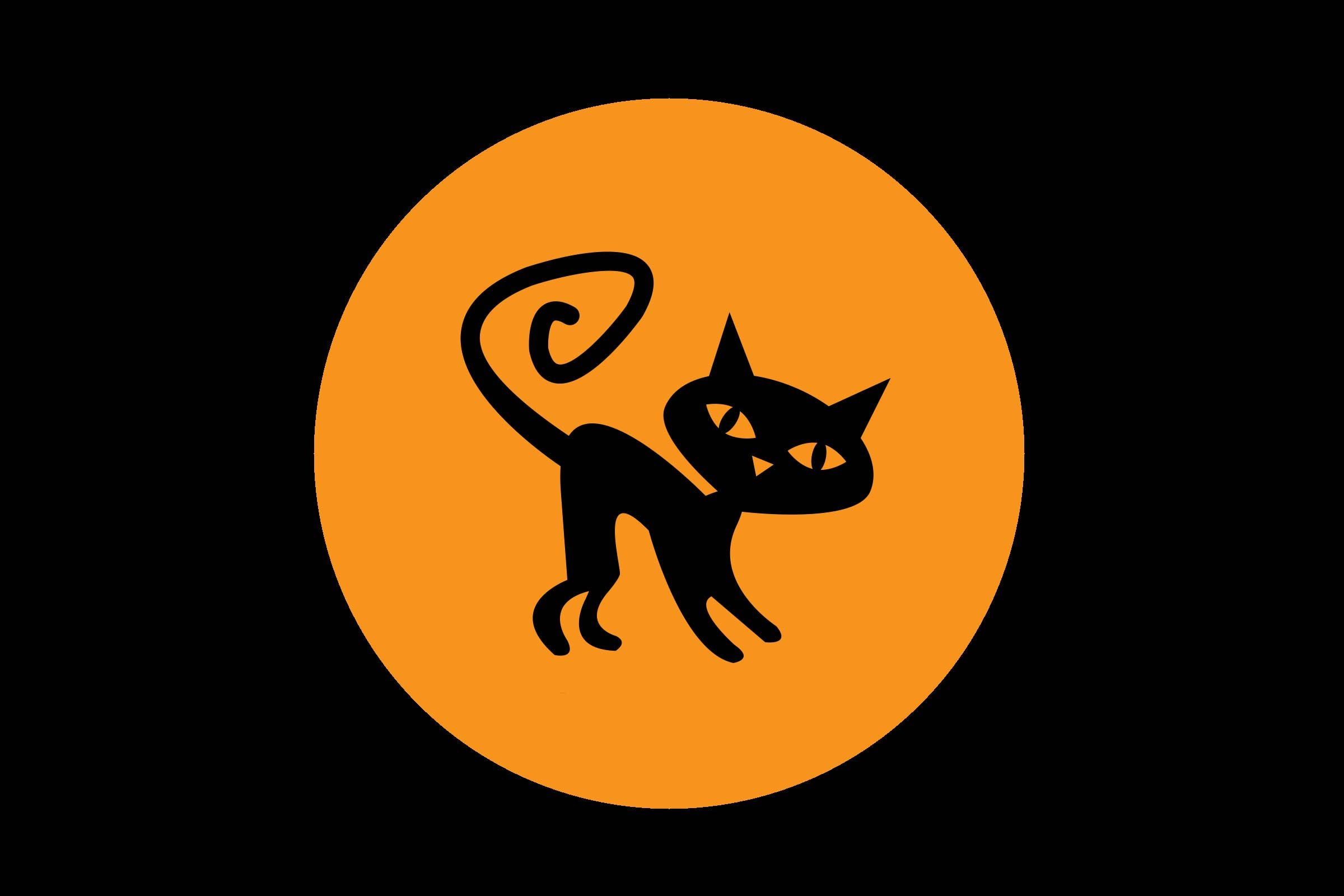 In the Middle Ages, people associated black cats with the devil and deemed them partially responsible for the Black Plague as a result. It was also believed that witches used alley cats as companions and “familiars,” animal-shaped spirits that could help witches with their magic. By the time of the Salem Witch Trials, accusers thought witches could turn into cats, typically black ones. One Scottish fairytale tells of the Cat Sith, a giant black cat that could steal a dead person’s soul before gods could take it. But not everyone thinks seeing a black cat cross your path is bad luck. In Germany, a cat that crosses in front of you left to right is actually a sign of good luck. Learn more about why we celebrate Halloween. 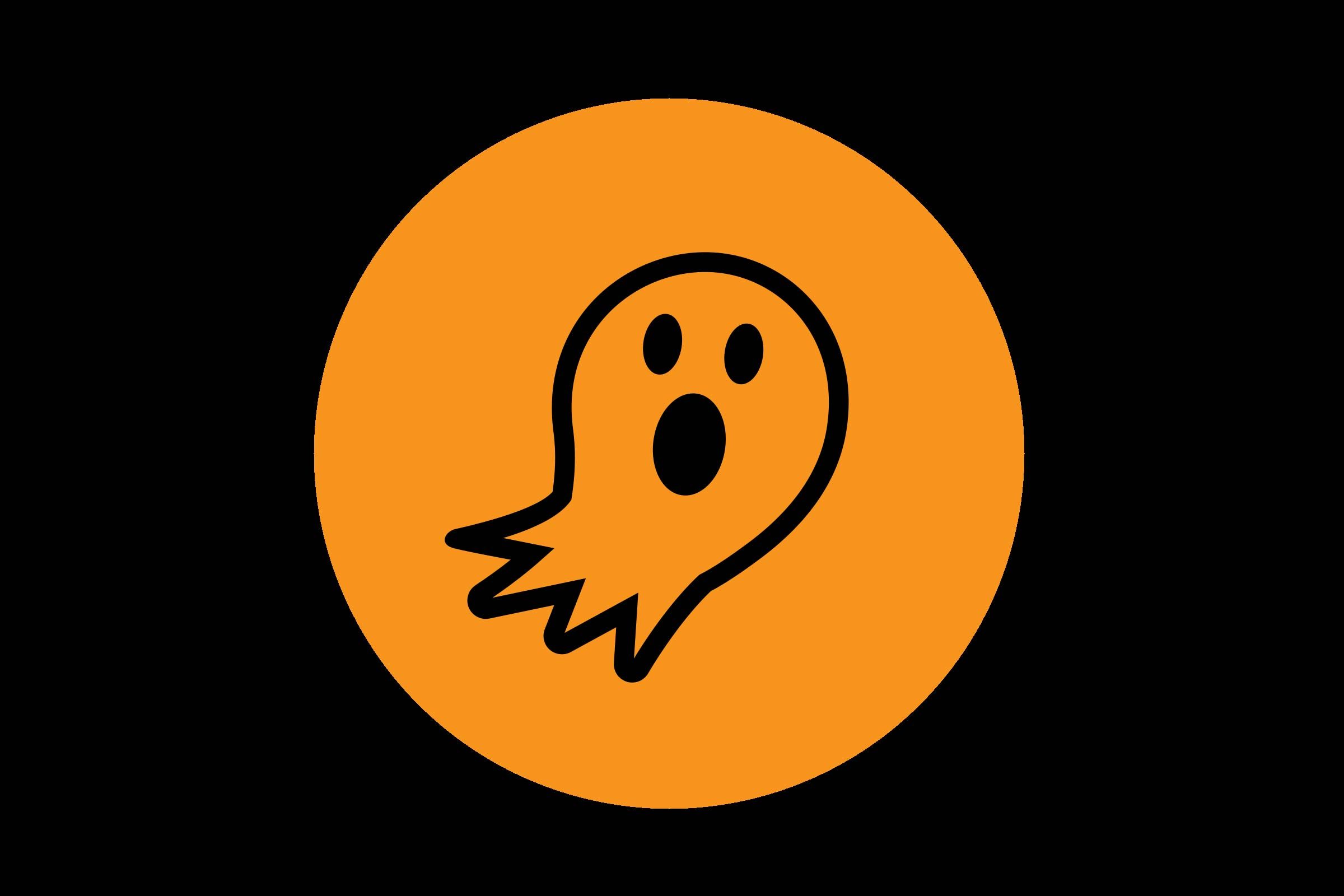 At the ancient Celtic festival of Samhain, November 1 marked the new year, transitioning between summer and harvest to the dark, cold winter. Celts believed that on the night before the new year, the boundary between the living and the dead became blurred, allowing the departed to return to earth as ghosts. Why do we draw ghosts as haunted bed sheets? For artistic clarity. For centuries, artists depicted ghosts as how they looked when they were alive, but audiences couldn’t tell the difference between the living and the dead. So during the 19th and 20th centuries, artists indicated ghosts by covering them in burial shrouds—which, coincidentally, look like modern-day bed sheets. These chilling real-life ghost stories might freak you out a little. 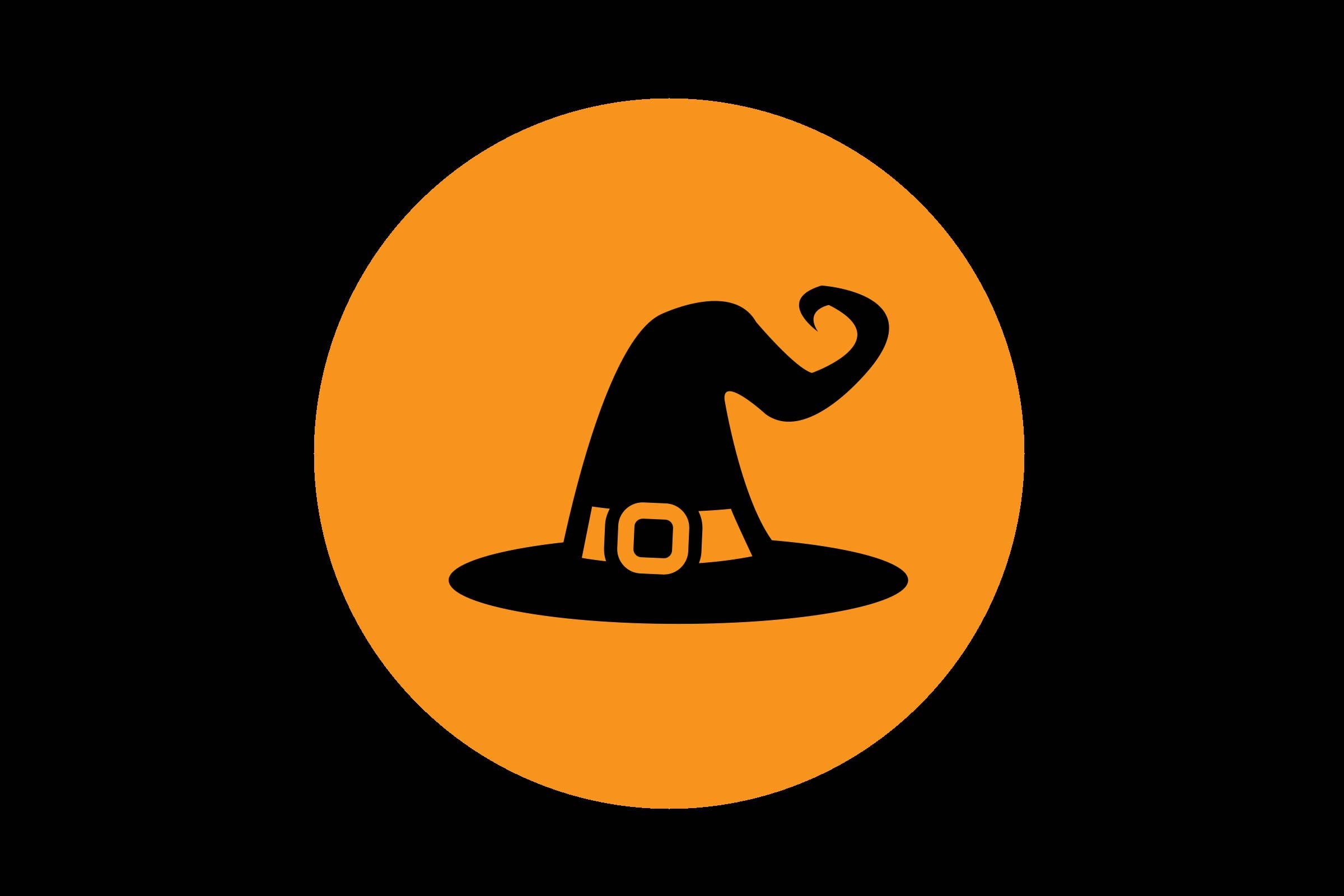 The type of witch we’re familiar with in popular culture—scary old women brewing potions in a cauldron—is taken from the pagan goddess, the crone, also known as “the old one” or “Earth Mother.” She was honored at Samhain because she was a symbol of wisdom, change, and new seasons. Celts believed souls entered the crone’s cauldron after death and waited there to be reincarnated. The crone stirred the cauldron so new souls could enter and old ones could be reborn. Want to dwell among witches, goblins and ghouls? Spend a night at these theme parks with the spookiest Halloween celebrations. 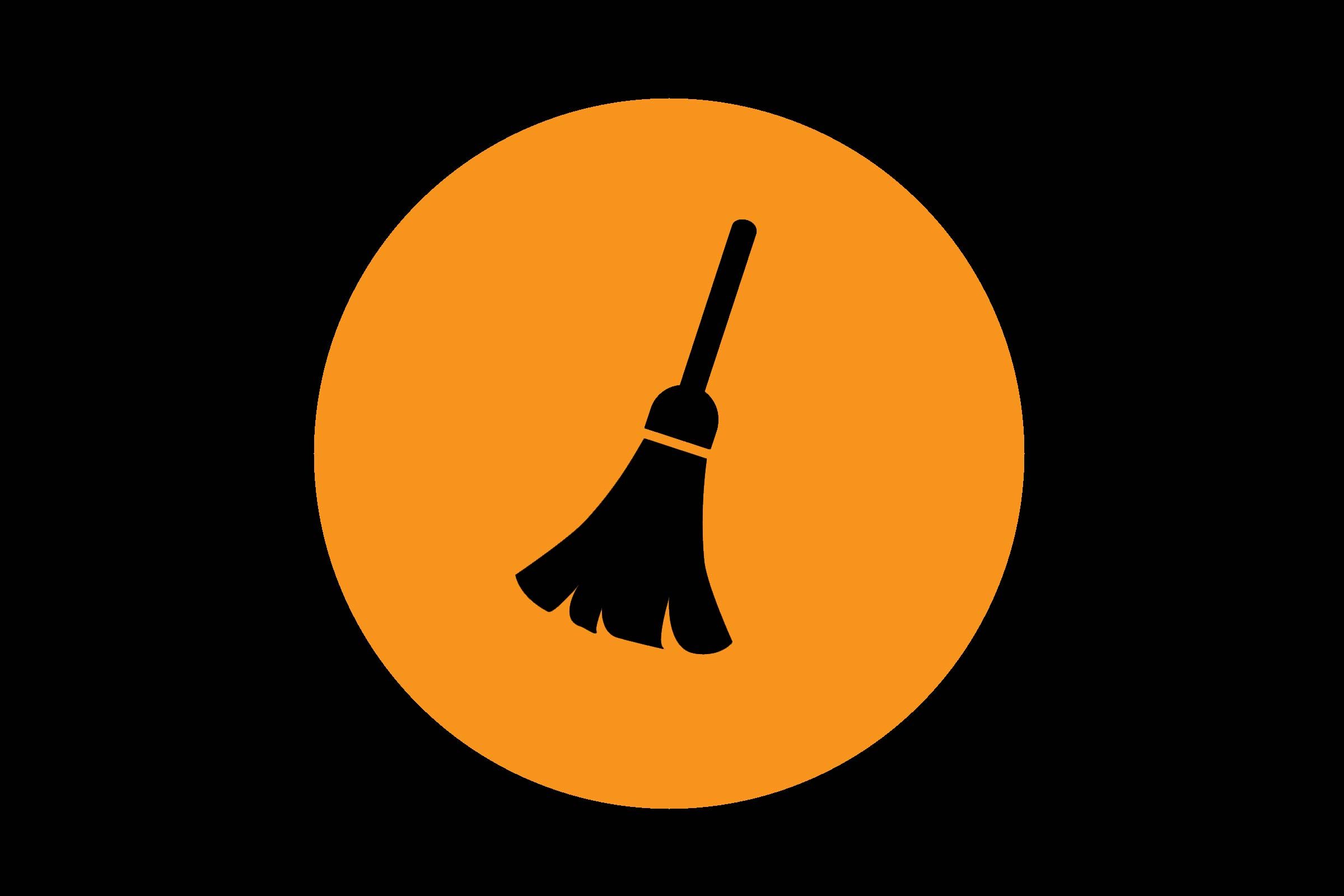 Legends say that witches used herbs like henbane in their potions, since their psychoactive effects, like hallucinations, supposedly intensified their magic. When English historian Raphael Holinshed described the story Ireland’s first accused witch, Lady Alice Kyteler, he said authorities found a pipe of such an ointment greased on a broom handle, which she used it to lather it on her nether regions. Other accounts similarly say witches “anointed” hairy parts of their bodies with wooden staffs covered in hallucinogenics. Of course, these biased accounts primarily come from inquisitors and testimonies from accused witches produced under torture, but the imagery still stuck. There are also depictions of witches flying other objects, like stools and cooking forks. Check out these ways Halloween is celebrated around the world. 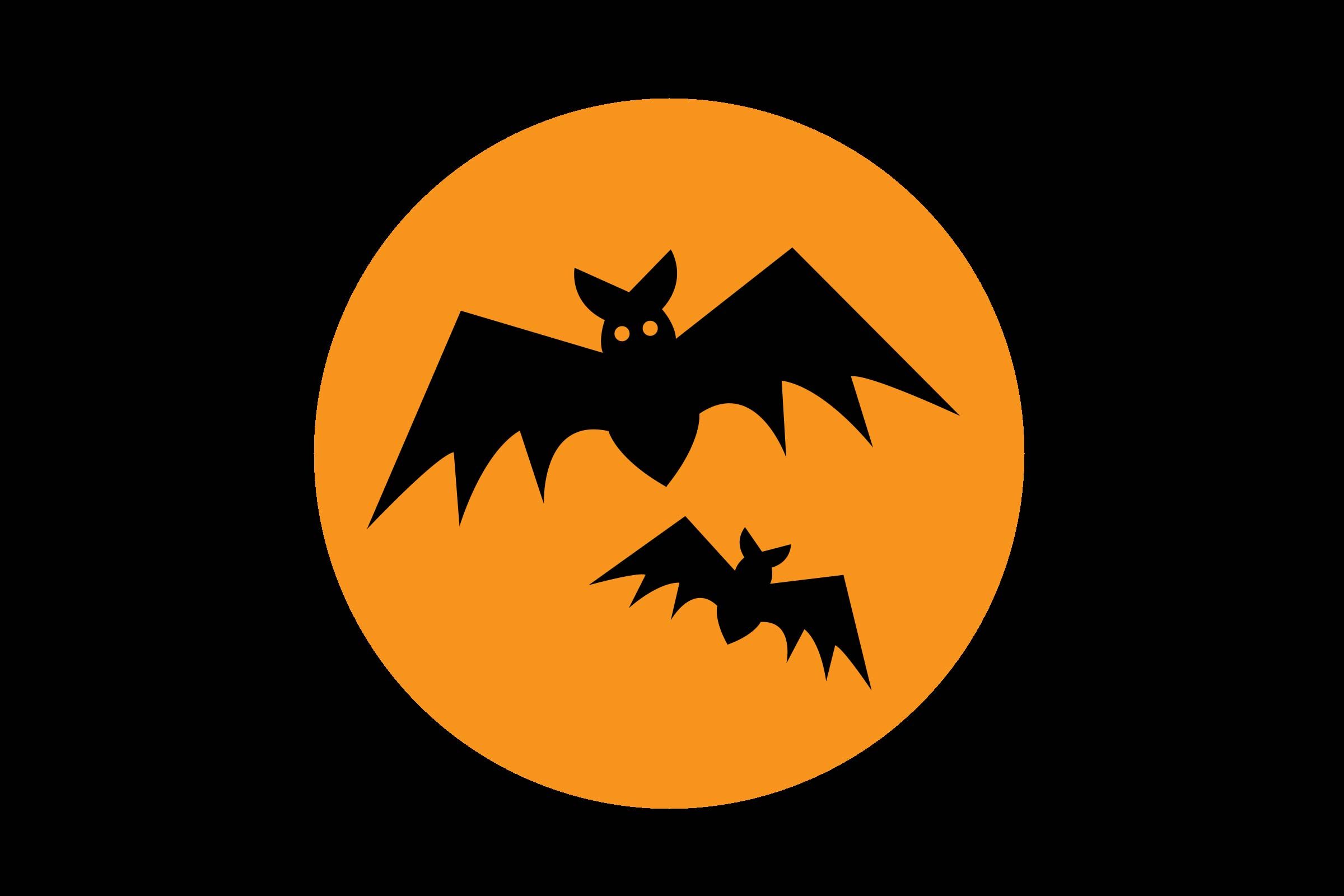 Again, the origin of this Halloween symbol revolves around Samhain. Celts would construct large bonfires to dance around and sacrifice animals with. The fire attracted lots of insects, and so bats came out to feast. Bat’s blood was also said to be one of the ingredients in witches’ drugged ointments. In Medieval times, bats were considered the harbingers of death and suspected to be familiars for witches. See how the Halloween tradition may be changing soon. 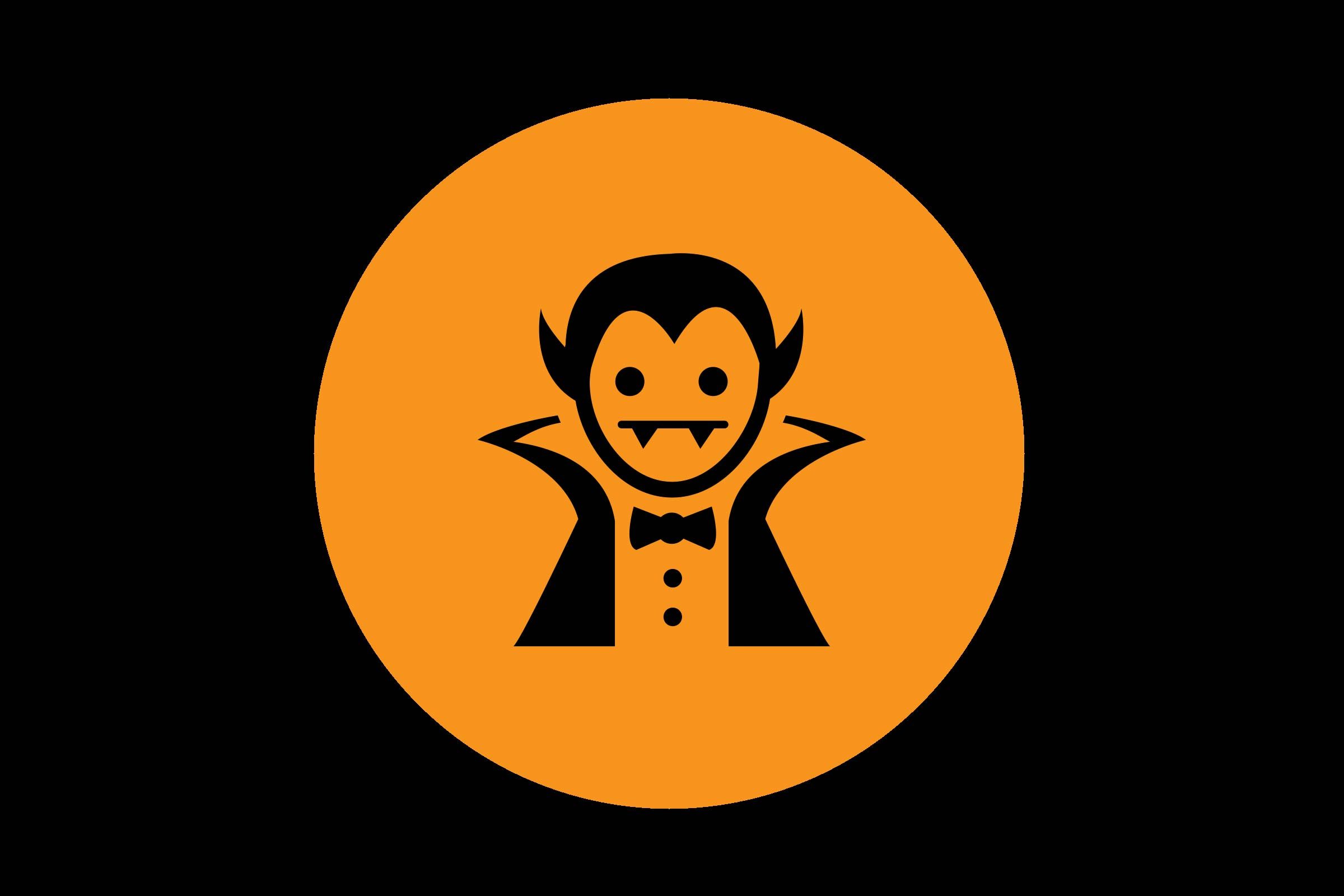 Stories of nocturnal monsters have origins all over the world, like the Chinese jiangshis, evil spirits that attack people and drain life energy, or blood-sucking demons from India. But when Spanish explorers discovered that some bats actually drink animal blood, the legend of vampires—and their animal counterparts—only grew. The Count Dracula we all know comes from Bram Stoker and his 1897 novel, but older (like, centuries older) versions of vampires were demonic spirits that didn’t look like humans come back from the dead. Humans celebrating Halloween today, however, can easily replicate a vampire with the help of these Halloween makeup ideas. 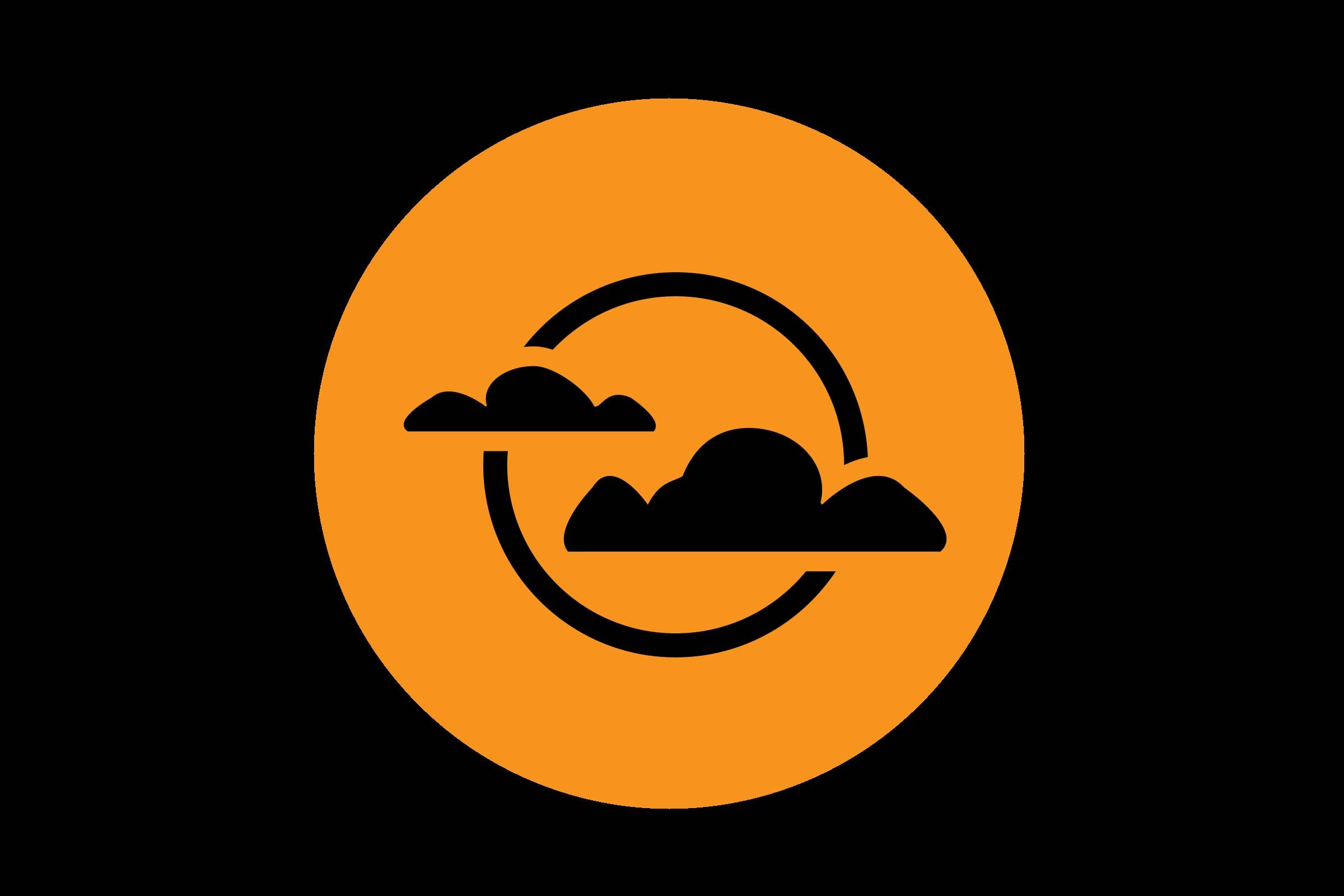 The backdrop for many horror movies usually involves an eerie mist over a full moon, but very rarely does Halloween coincide with a full moon. The most recent time was in 2001, and the next recent before that was 1955. The next time Halloween falls on a full moon will be in 2020. According to witch lore, magic is supposedly at its most powerful during this stage of the lunar cycle. The moon is full of even more mystery, so check out these spooky moon facts. 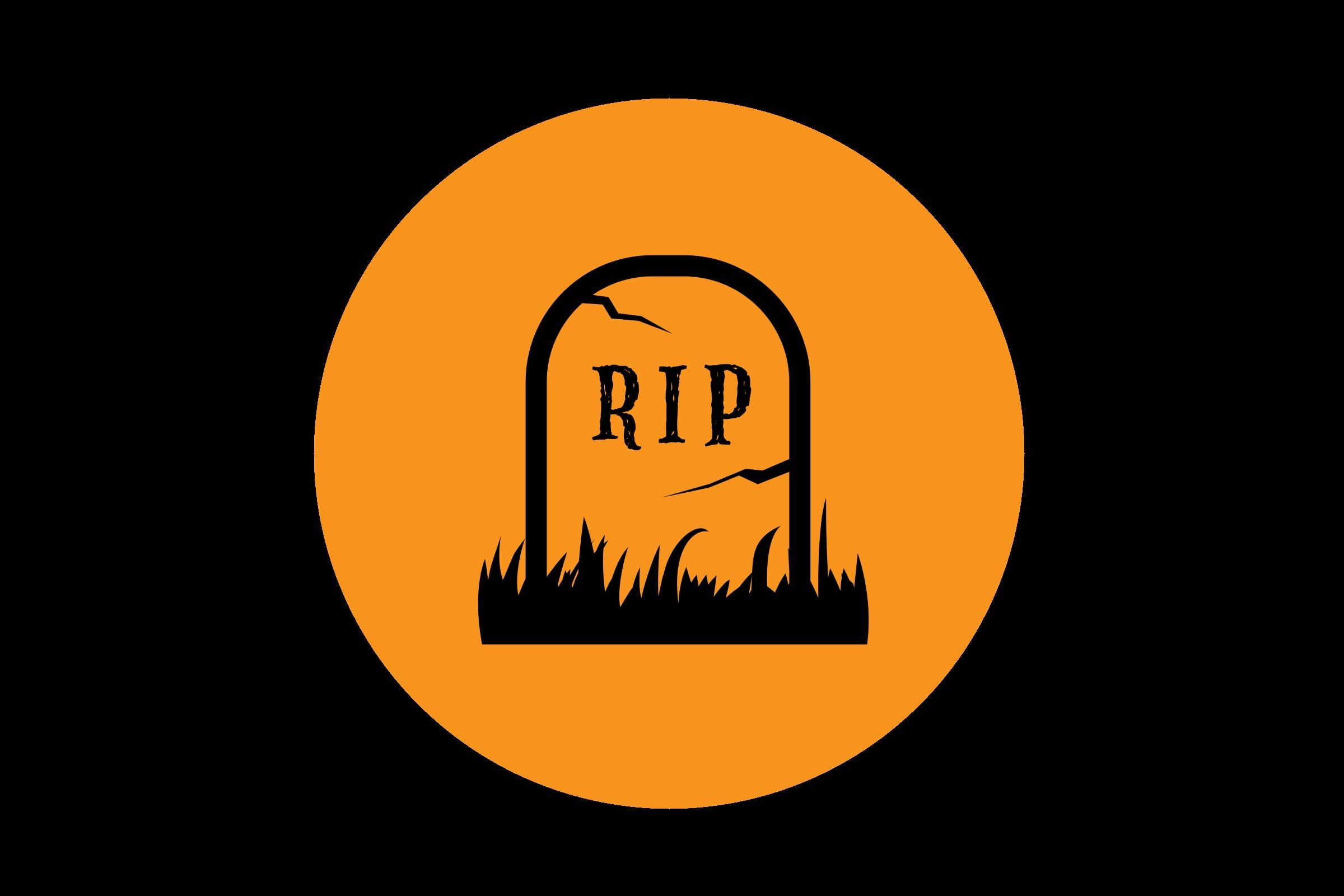 A common urban legend says that you must hold your breath every time you drive past a cemetery. If you don’t, you could wake a spirit with each breath, make the spirits jealous, or even inhale them. The symbolic connection between breath, life, and spirits has existed since the beginning of human thought. In the Bible, God created humanity by breathing life into Adam. 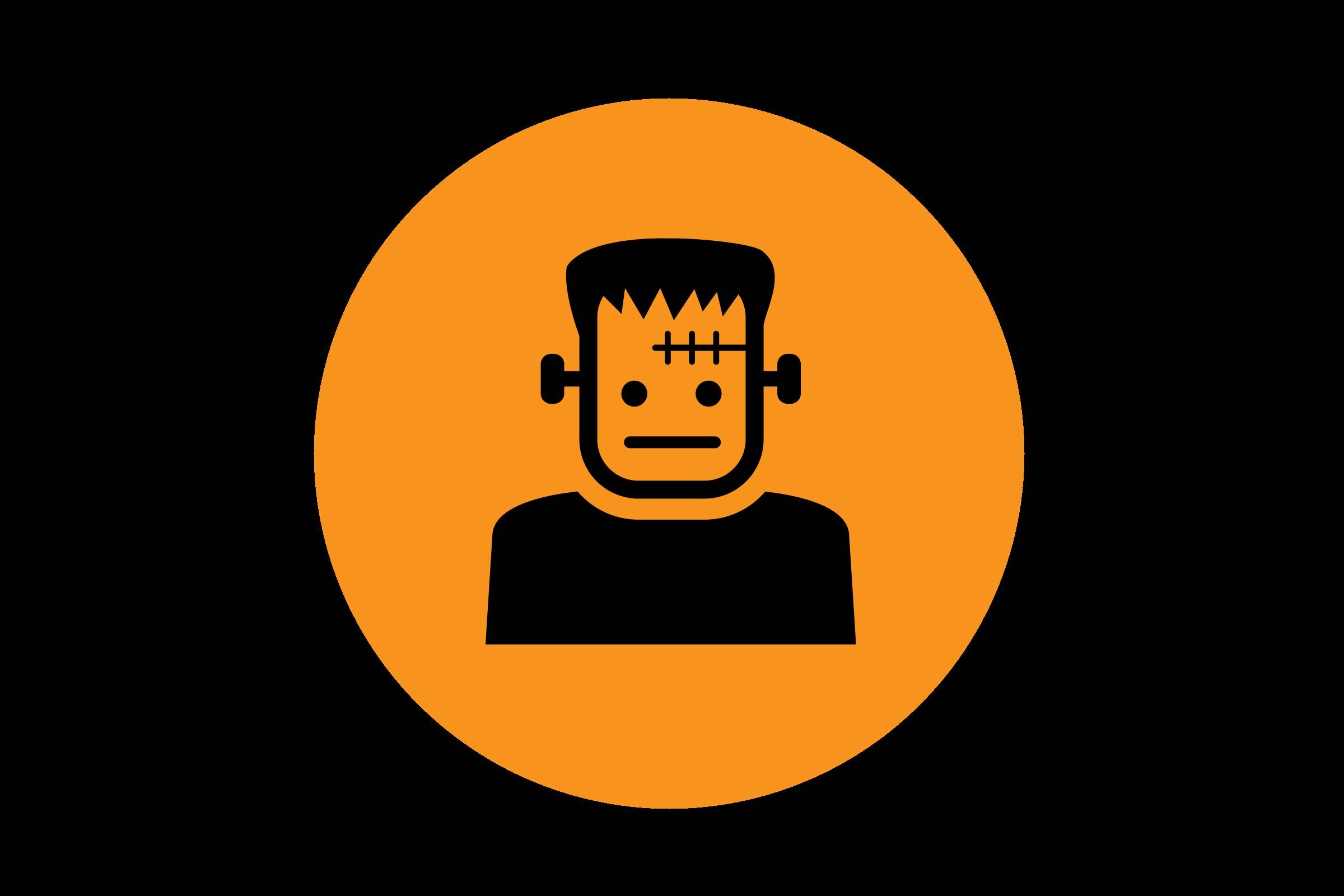 During Samhain, Celts thought souls came back to earth, so they left food and drinks out to please the spirits. If a spirit came to your door dressed as a beggar and was turned away, you’d be cursed. People also wore costumes (mostly made of animal heads and skins) to make these ghosts think they were also among the dead. In 1000 A.D., the Catholic Church named November 2 as All Souls’ Day to honor the dead—and sanctify the previously pagan tradition. Many celebrated by dressing up as saints, angels, and devils. In particular, Irish and English children dressed in costumes and asked for food and money. When masquerade parties became popular in the early 20th century, private social clubs threw Halloween parties to celebrate people returning from summer homes. Collegeville Flag and Manufacturing Company was one of the first companies in the U.S. to make and sell Halloween costumes. Don’t miss these secrets that Halloween costume designers want you to know. 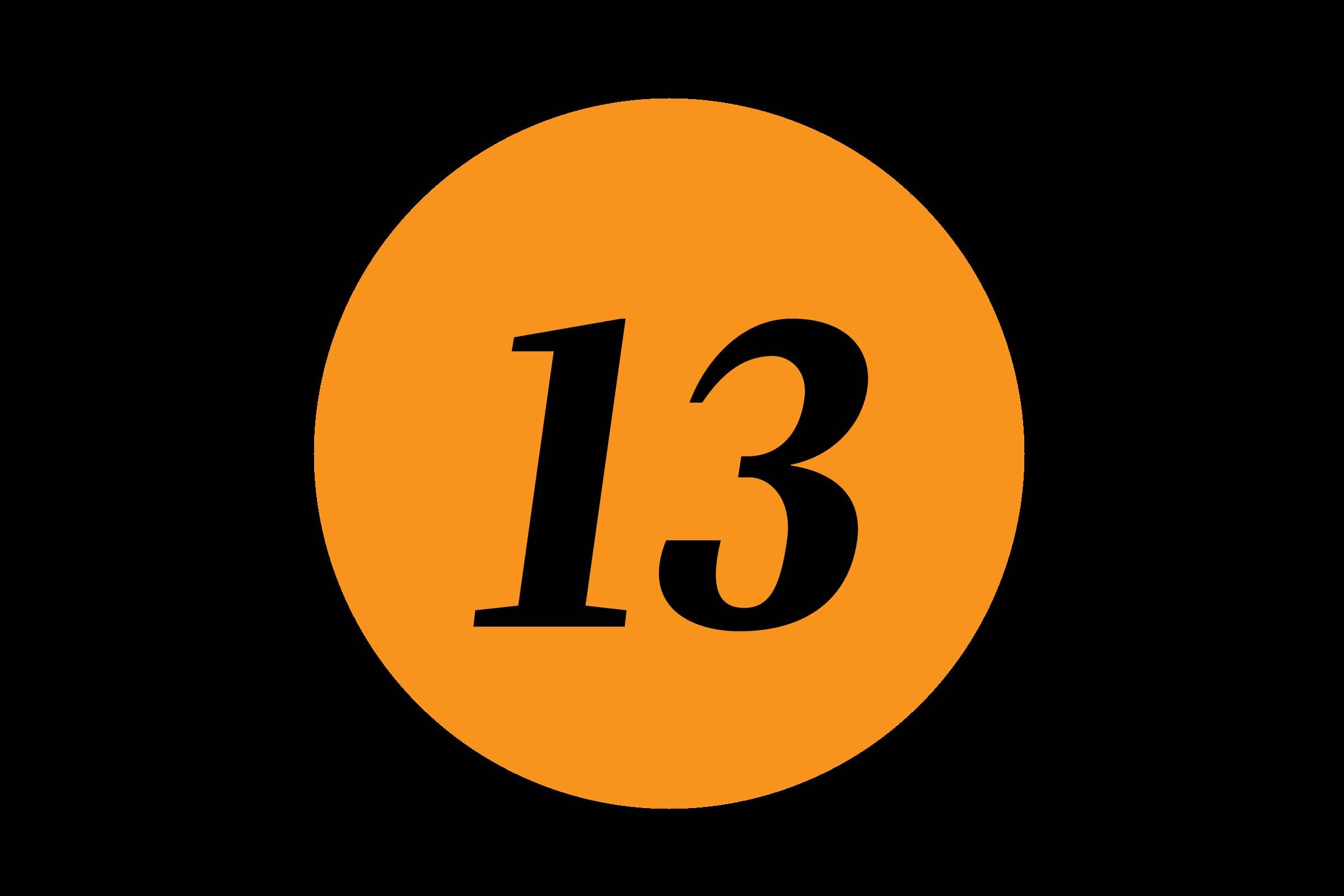 The number 13 has been considered cursed even since the earliest civilizations. The Code of Hammurabi, Babylonian code of law, skips over the 13th law, and Egyptians associated the number 13 with the afterlife. But the root of the Friday the 13th may be traced back to Oct. 13, 1307, when French king Philip IV ordered for mass arrests for members of the Knights Templar. Thousands were arrested, and over a hundred were executed. Fun fact: the fear of the number 13 is triskaidekaphobia, and the fear of Friday the 13th is Paraskevidekatriaphobia. It makes sense that people fear this date since these are some of the bizarre things that happened on Friday the 13th. 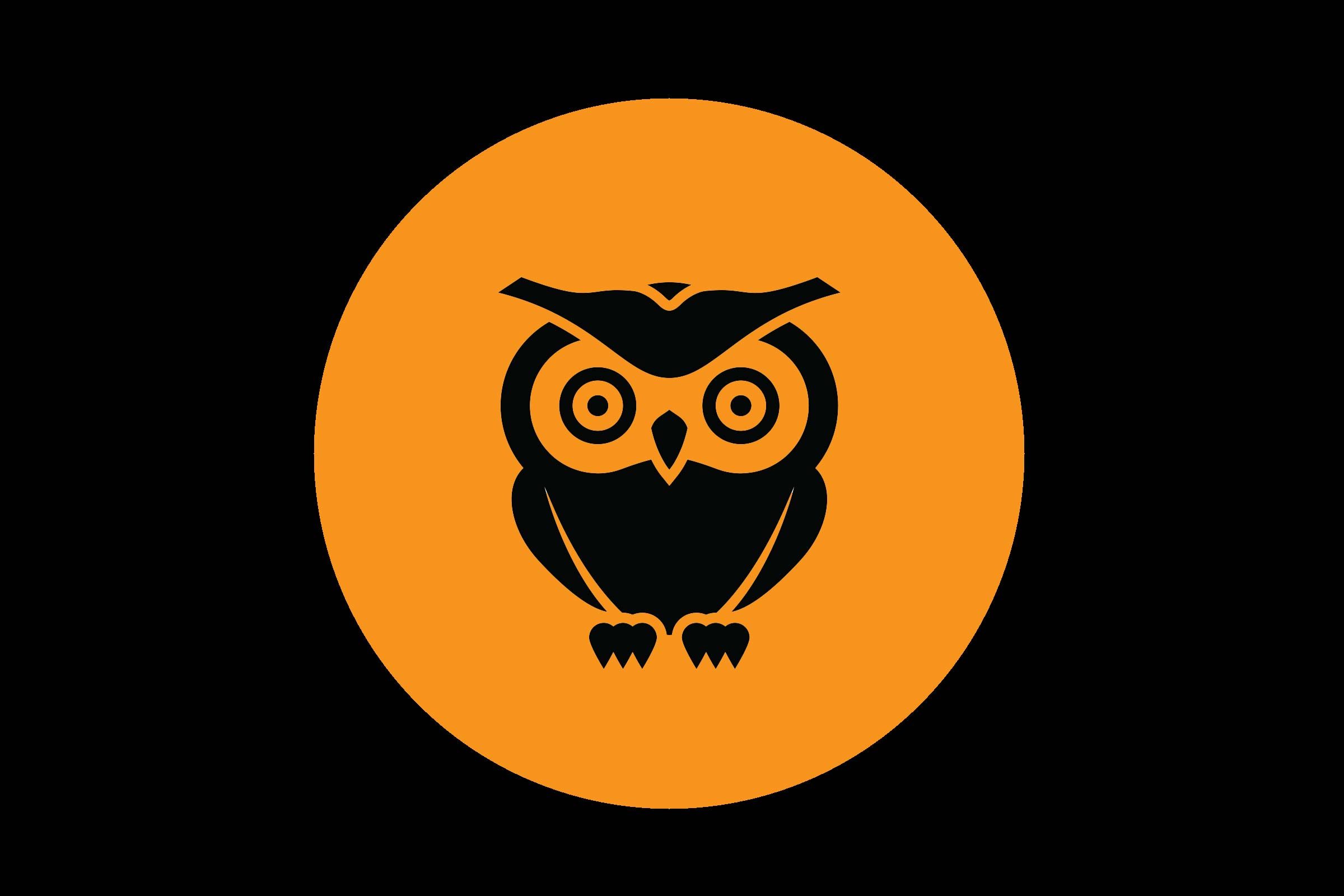 Why are these fluffy, inquisitive birds associated with Halloween? The feathers on their heads make them look like little horned devils. One Greek and Roman superstition claims that witches could turn into owls and then suck blood of babies. Others said that owls were messengers for sorcerers, and if you hear an owl hoot, a witch is coming. Dress up as one of these fully birds, ore one of these family Halloween costumes that are truly a hoot. 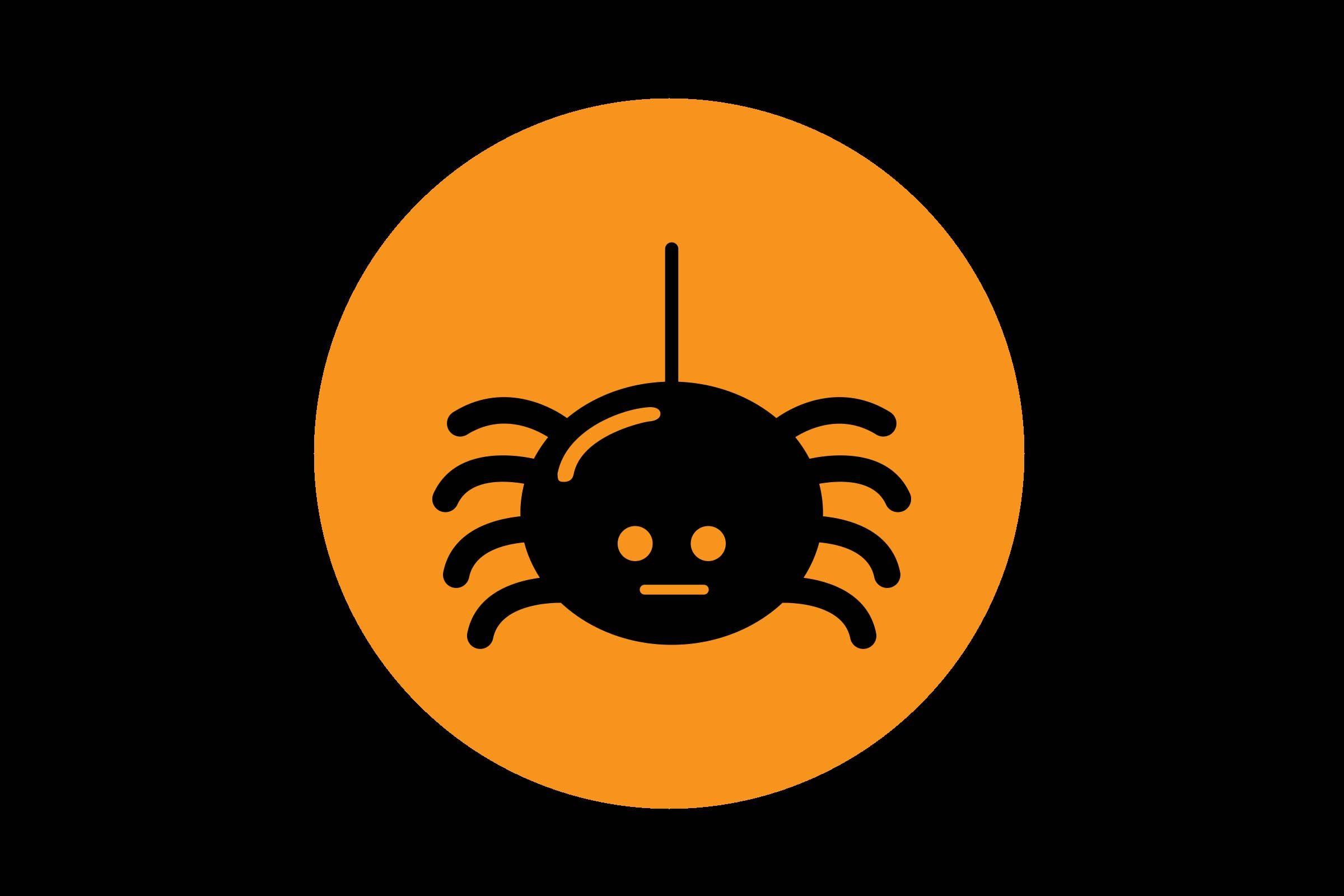 Because of their ability to spin webs, folklore often depicts spiders as storytellers and fortunetellers. When talk of witches began to rise, these stories grew entangled with witchcraft. Spiders supposedly assisted witches in casting spells, and eating a black spider between two slices of buttered bread gave a witch great power. However, medieval superstitions say that if you see a spider on Halloween, it’s actually the spirit of a dead loved one watching you. 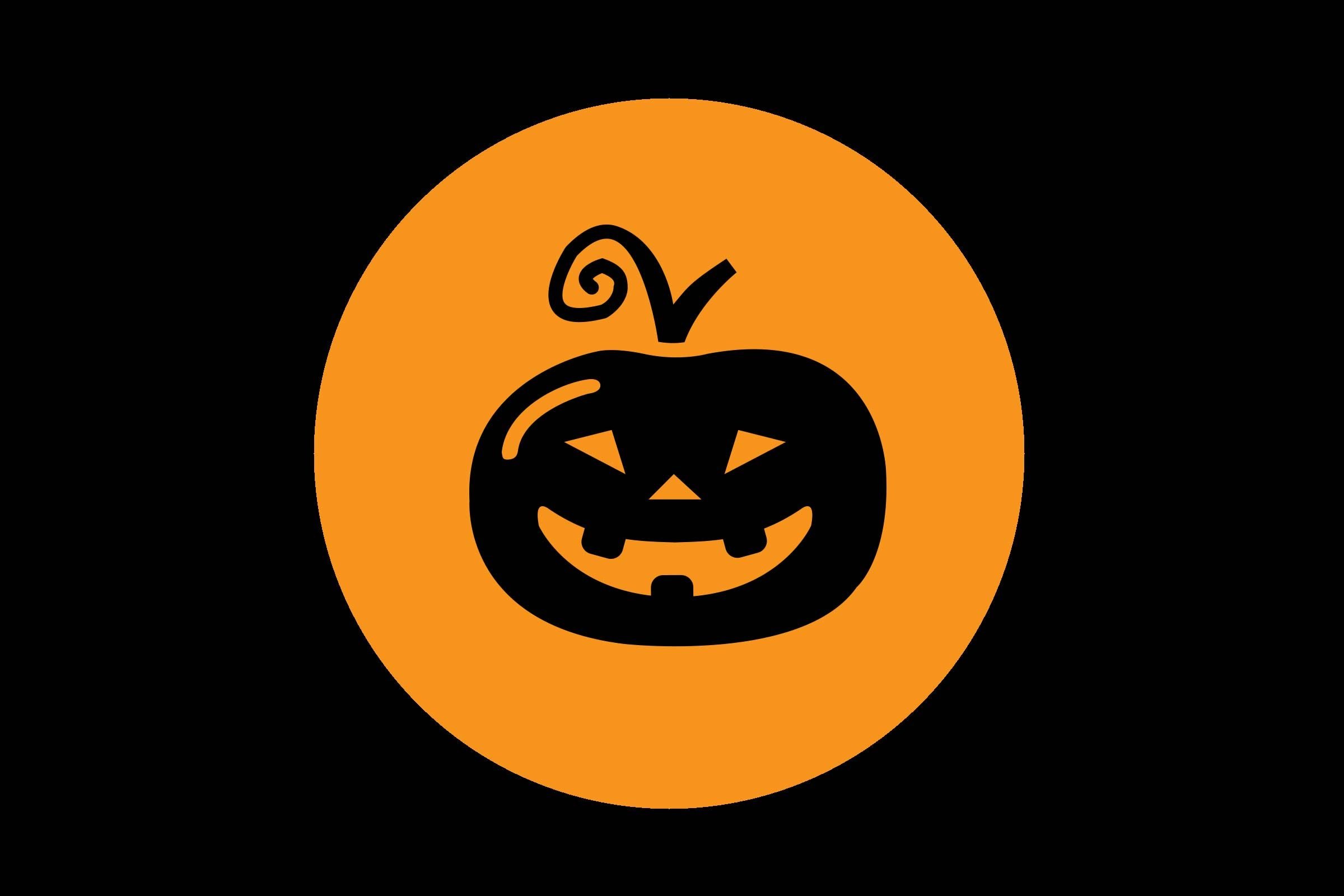 The origin of these special pumpkins begins with a Celtic tale about a drunk farmer named Jack, who tricked the devil and, as a result, couldn’t enter heaven or hell after he died. He was forced to wander purgatory with nothing but a turnip, which he made into a lantern using a burning lump of coal the devil gave him from hell. To this day, Jack uses the lantern to guide lost souls, and so he’s called “Jack of the Lantern” or “Jack O’Lantern.” The Irish began a tradition of turning hollow turnips into lights to guide good spirits home, but drew scary faces on them to keep bad spirits away. When Irish immigrants came to America, turnips were hard to come by, so they used pumpkins instead—probably for the best. Learn more about Jack-O’-Lanterns and what people used to carve instead. 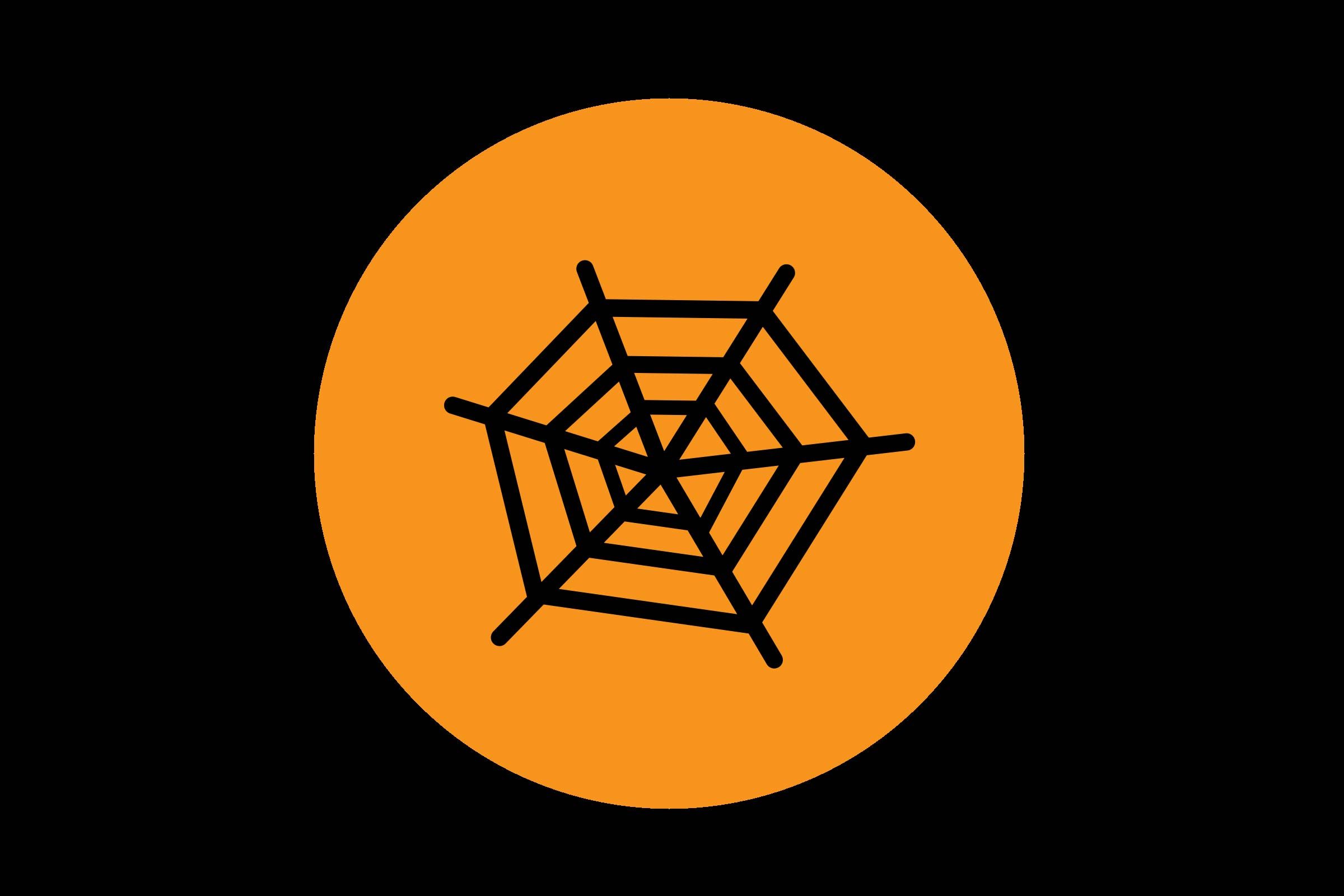 This spooky color combo dates back to pagan harvest celebrations. Orange symbolizes color of crops and changing leaves. Black is supposed to signify the “death” of summer and the changing seasons. Next, see what Halloween could look like this year.