14 Hard Words to Pronounce in the English Language

With about 20 vowel sounds, 25 consonant sounds, and numerous irregularities in spellings and pronunciations, English can be a tricky language for foreigners to learn. If you're struggling to learning American English, you're not alone when it comes to deciphering these hard-to-pronounce words. 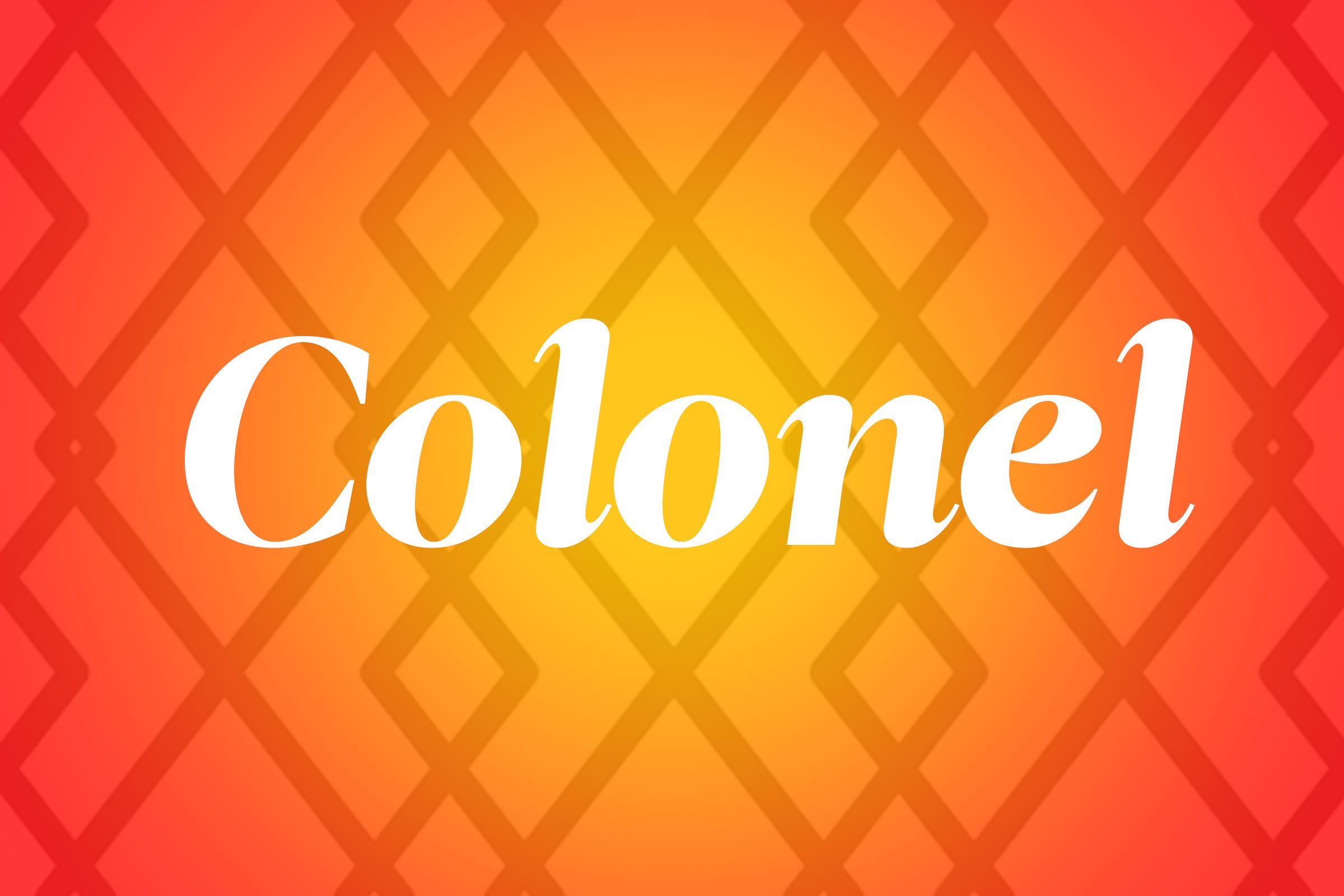 Native English speakers know that this 16th-century word, which is derived from Middle French, is pronounced “ker-nul.” However, those learning English as a second language get confused by the first “o” sounding like an “e,” the “l” that sounds like an “r,” and the second “o,” which is completely silent. Here are 17 words even smart people mispronounce without realizing it. 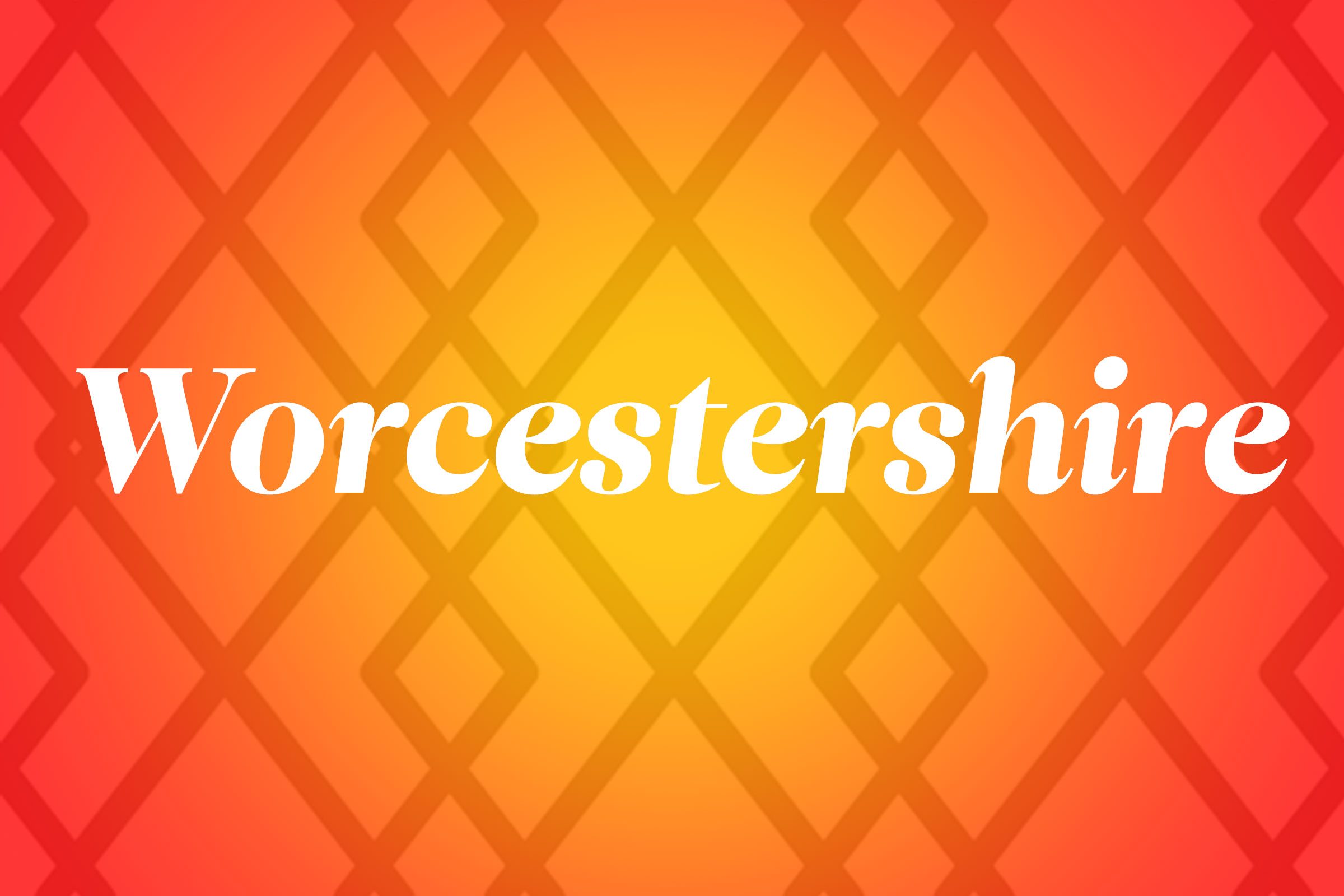 Let’s be honest: This word is actually hard for native English-speaking Americans to pronounce too. It looks like it’s pronounced “wor-cest-er-shi-er,” but it actually retains is British-English pronunciation. Worcestershire sauce originated in the town of Worcester, England, and is pronounced “Wooster,” while the term “shire” is the British word for “county” and sounds like the ending of “Hampshire.” Therefore, the word is pronounced “WOOster-sher.” Make sure you never say these food words wrong again, as well as know how to pronounce gyro. 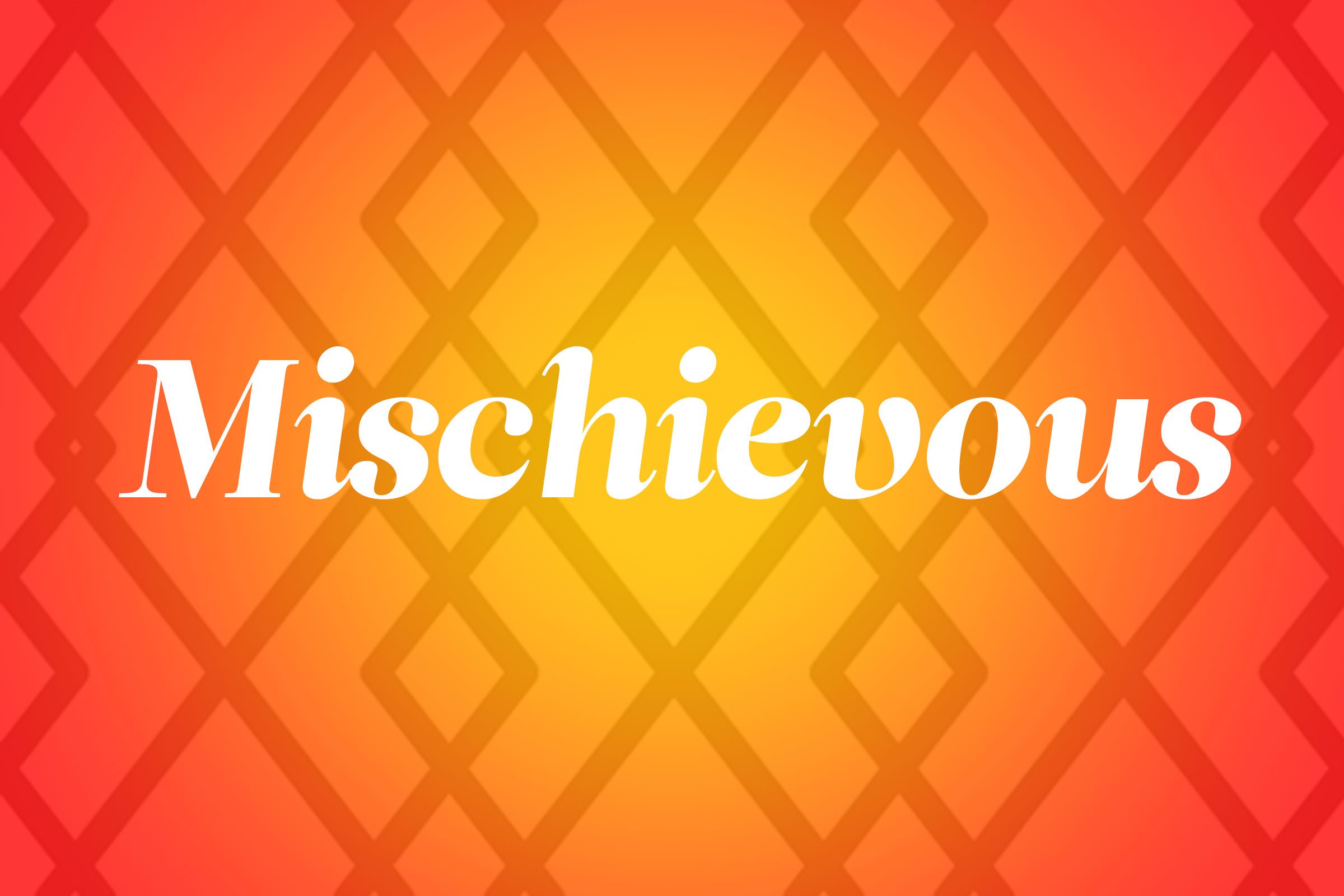 Like Worcestershire, “mischievous” is one of those hard words to pronounce that many Americans also have trouble saying. In fact, you’ve probably heard people pronouncing the word as “mis-CHEEVE-ee-us,” when it’s actually a three-syllable word pronounced MIS-chiv-us.” The problem lies in the fact that the old form of the word was spelled with an extra “i” at the end, which was standard until the 1700s. Along with pronouncing words correctly, make sure you also use these fancy words in conversations to sound smarter. 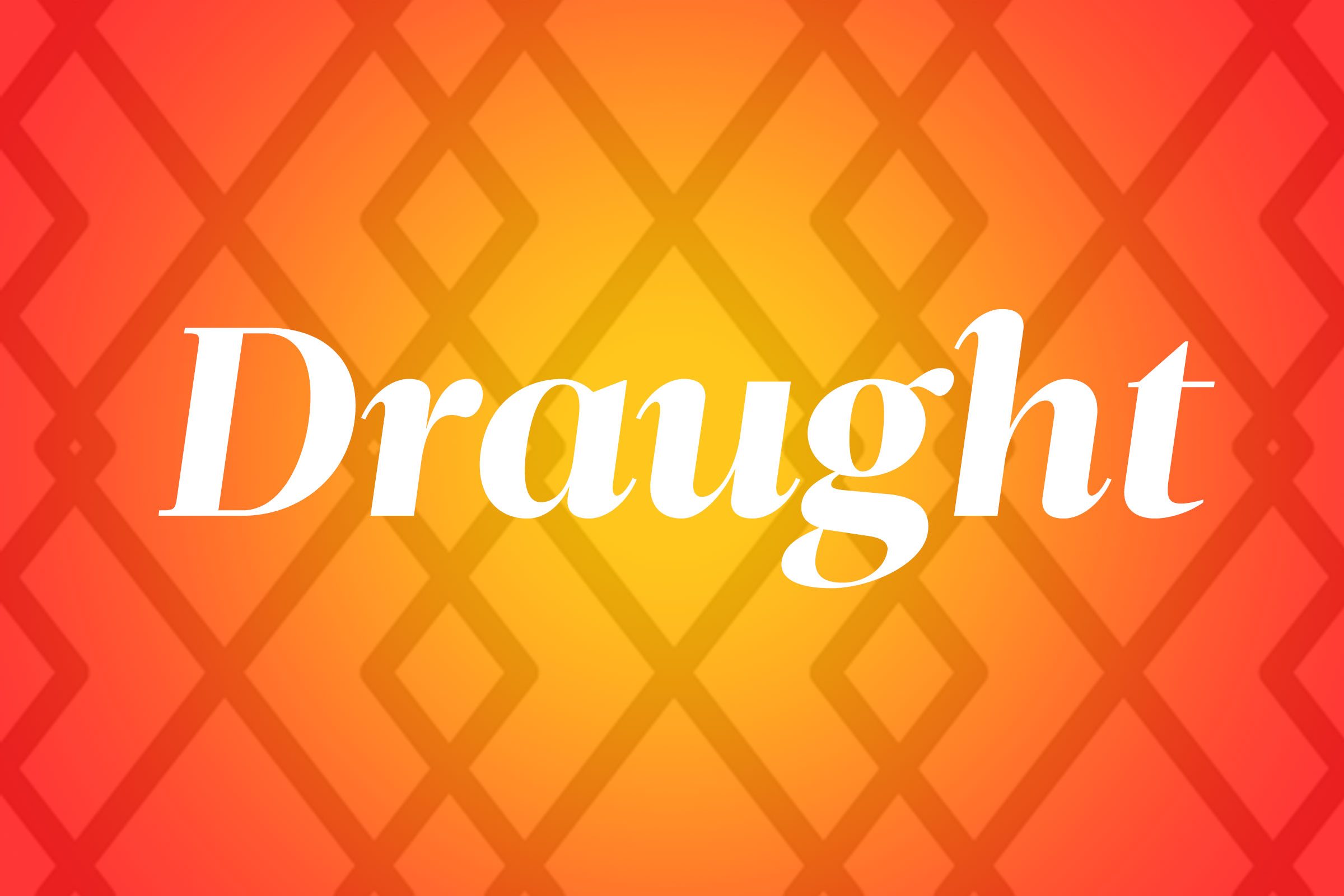 Non-native English speakers can easily get confused by the pronunciation of this British word because it has a double irregularity: first with the a-u vowel combination, and then again with the g-h-t consonant blend. While it looks like it might be pronounced “drot,” it’s actually pronounced “draft,” (like the word “laugh”), and usually refers to an alcoholic beverage drawn from a keg. 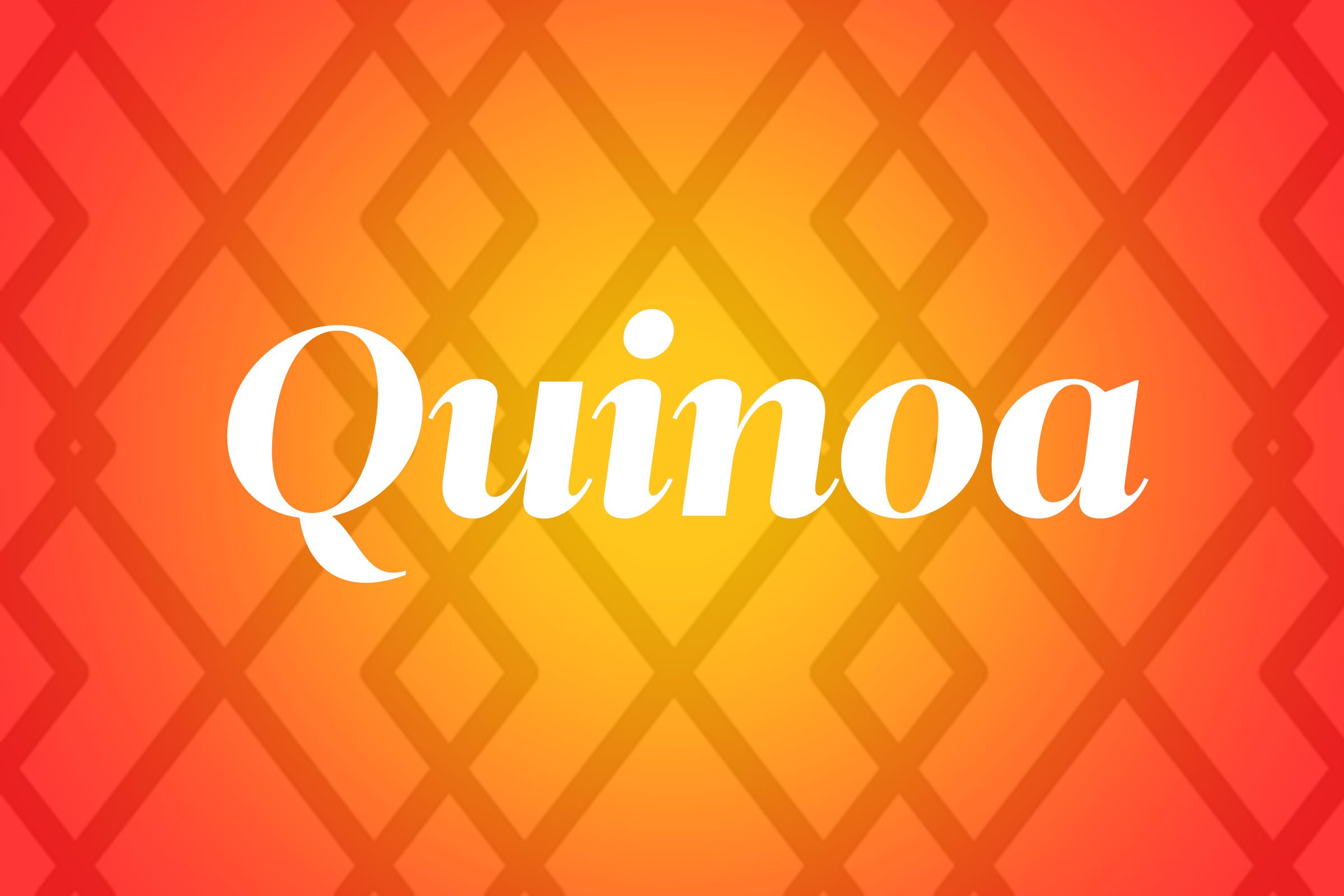 While the popularity of this ancient grain has grown in recent years because of its “superfood” powers, many people still struggle with how to pronounce quinoa because of its numerous vowel blends. If you apply Standard English rules, you’d think it would be pronounced “qwin-o-ah,” but it’s actually a Spanish word that has numerous acceptable pronunciations, including “KEEN-wah,” “ken-WAH,” and even “KEN-o-ah.” (Believe it or not, but you may have been saying these company names wrong your entire life.) 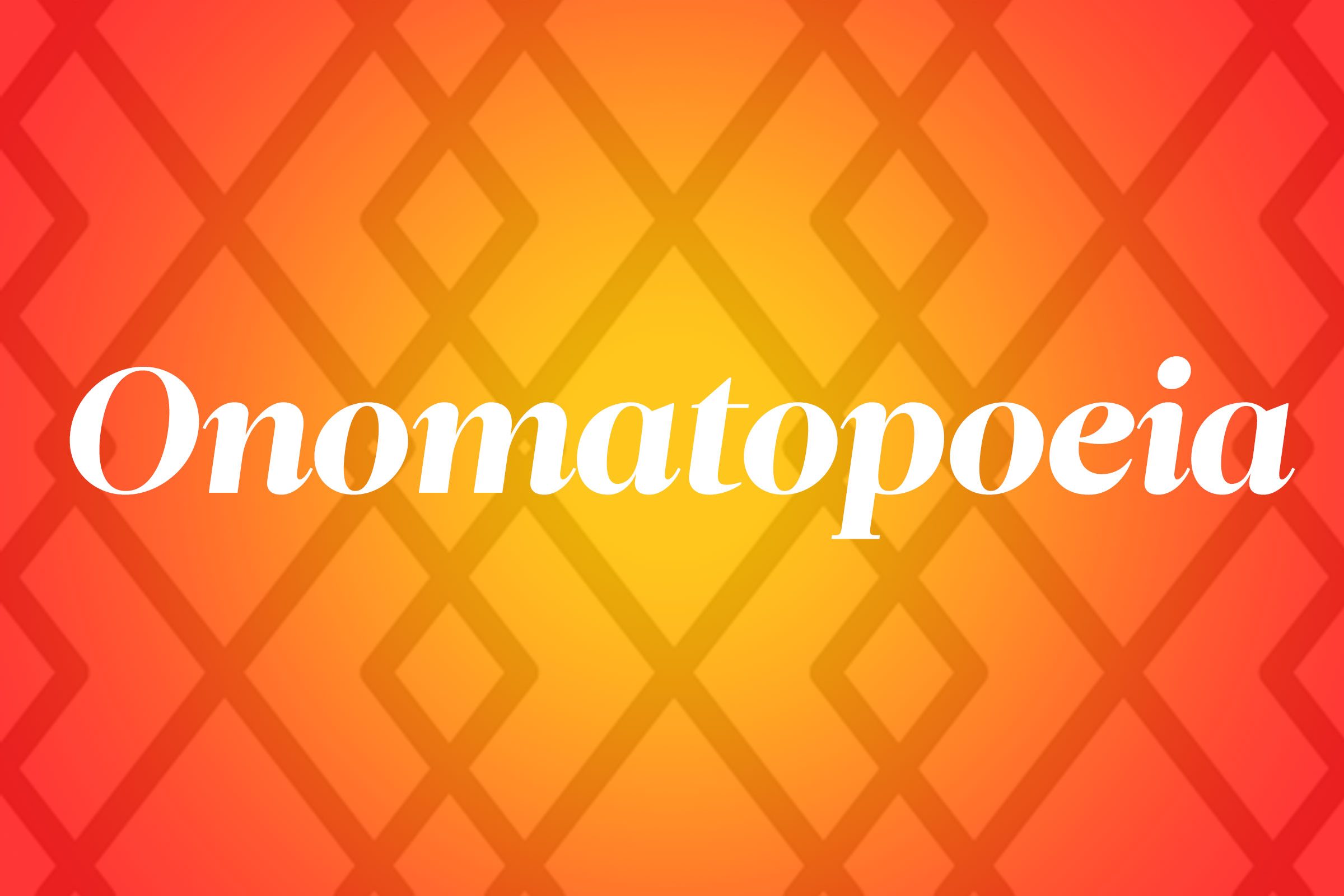 On-o-what? Onomatopoeia is the hard-to-pronounce name given to a literary device referring to words that imitate the sound they make, such as “buzz,” “meow,” and “roar.” The pronunciation of the word, however, is slightly less easy to understand, because more than half of the six-syllable word’s 12 letters are vowels—and five of them are blended together at the end. Say what? Say “on-o-mot-o-PEE-a,” and you’ll be on your way to sounding like an English-literature professor. Can you tackle the 14 toughest tongue twisters in the English language? 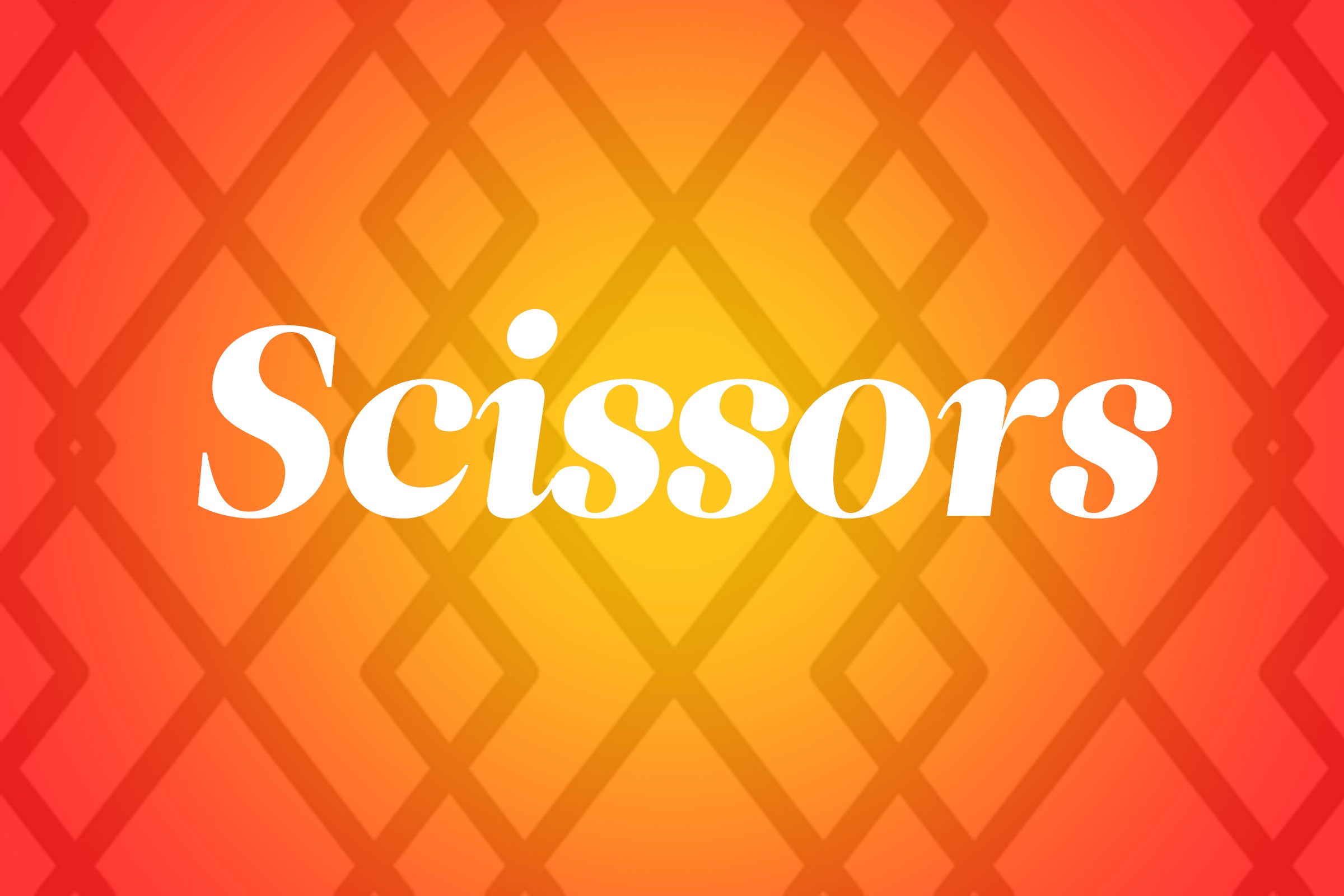 Yes, this is a fairly common word, and most native native speakers have no trouble learning how to pronounce it. If you’re an English language learner, however, the double consonants in this Middle-English word can certainly trip you up and make you think that it’s pronounced “SKIss-ors” (when we know it’s actually pronounced “sizzors”). Not to mention that it ends in an “s,” which typically refers to a plural and is called a “pair,” even though it’s a single instrument. Confused yet? Find out what the longest word in English is. 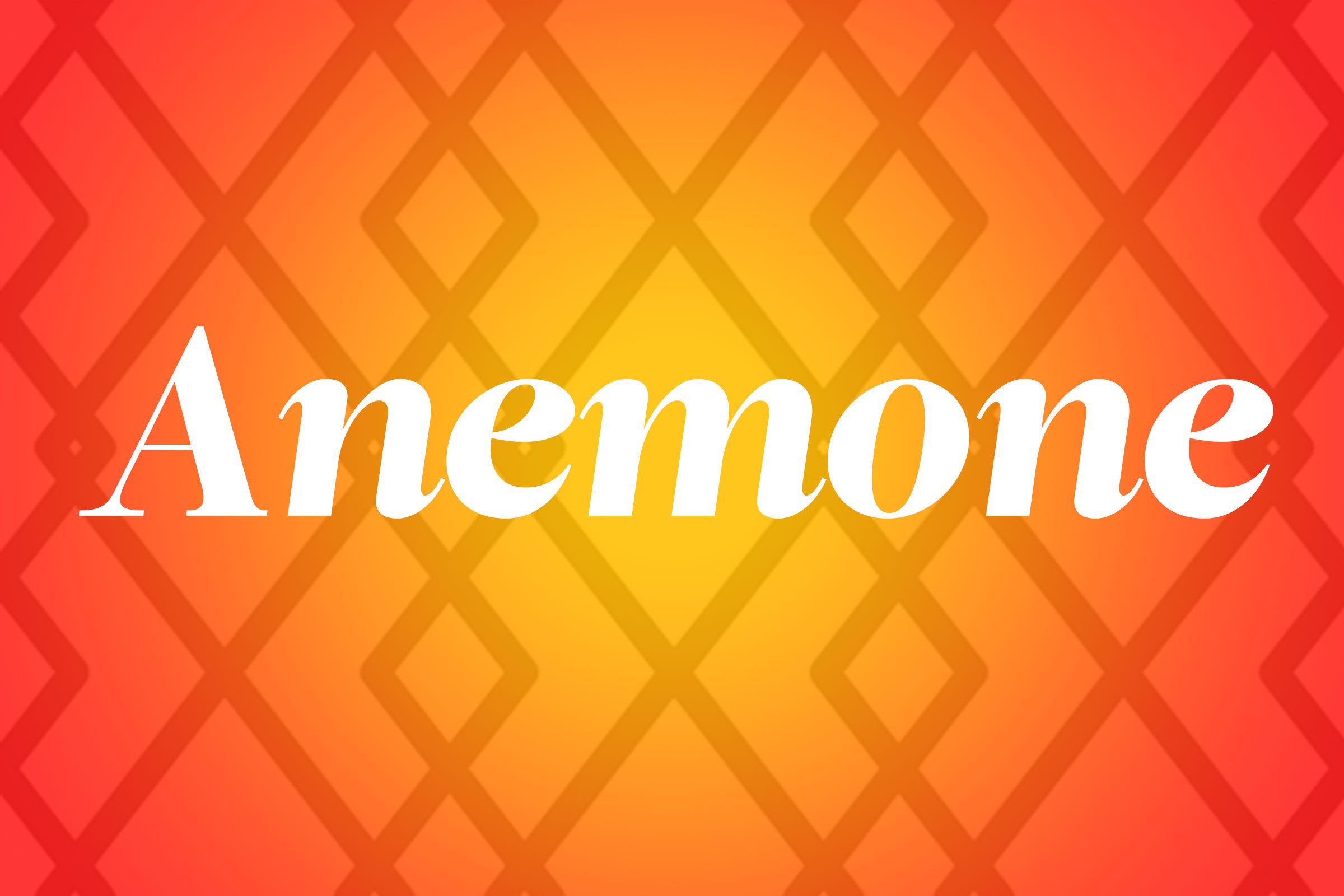 If you’re a fan of Finding Nemo, you might remember the scene where Mr. Ray asks Nemo what type of home he lives in. Nemo’s answer: “An anemonemone. Amnemonemomne.” It’s not surprising that even little Nemo trips over his own wild-flower habitat: The vowel-heavy word looks like it should rhyme with “tone” or “bone” and be pronounced “an-e-MOAN” or “ayn-moan,” but it’s actually a four-syllable word pronounced “ah-NEM-oh-nee.” 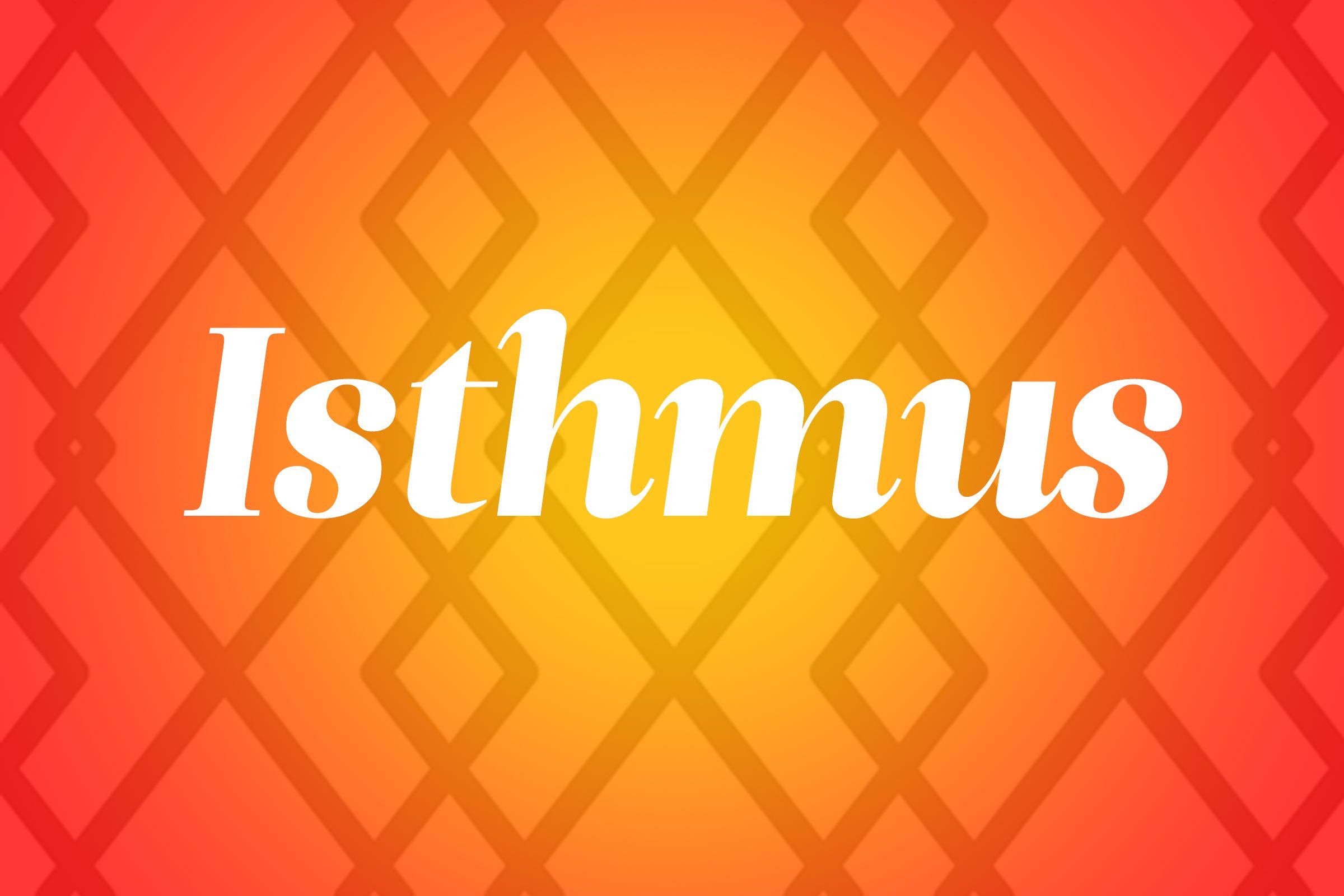 This two-syllable word, which is pronounced “is-muss,” refers to a narrow passage of land between two seas. It’s also one of the most confusing hard words to pronounce for non-native English speakers to learn. Why? First off, the “th” combination doesn’t even exist in some languages, including German and Dutch, which raises the difficulty level. Then, to further complicate matters, the “th” in this word is silent, so you can ignore it anyway. Still struggling? Keeping your tongue behind your teeth while speaking this word can help with pronunciation. 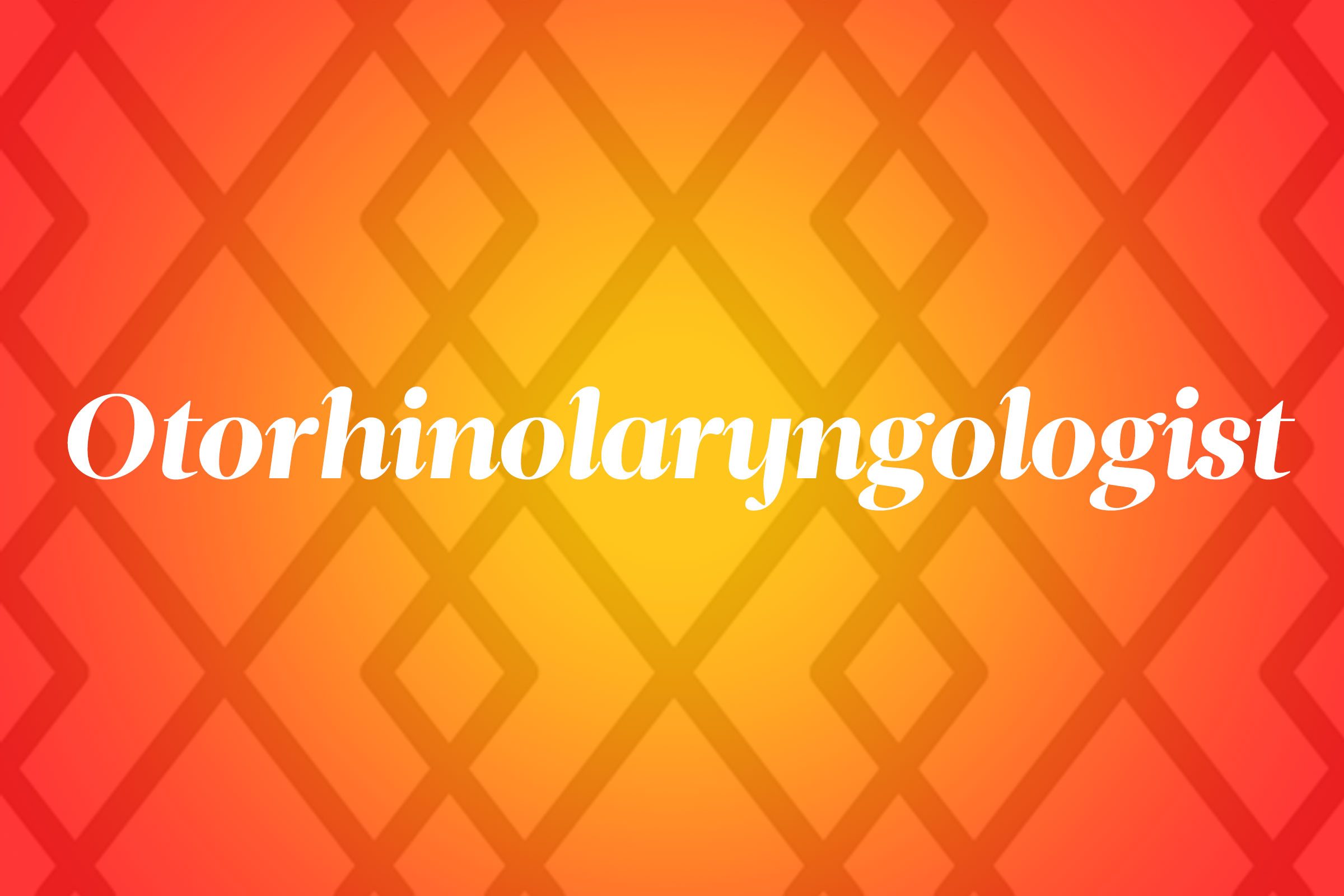 This is the term given to an ear, nose, and throat doctor, and is probably one of the most difficult-to-pronounce medical specialties in the entire history of humankind. What makes it so tricky? Well, aside from the silent “h” and the irregular use of the consonant “y,” the word has 21 letters and eight—yes, count ’em, eight—syllables. So if you have problems using the formal pronunciation, which is “oh-toh-rye-no-lar-ing-GOL-uh-jee,” you can just refer to the doc by her more informal title: an ENT. Now that you know how to say otorhinolaryngologist correctly, make sure you know how to properly pronounce these 35 medical words too. 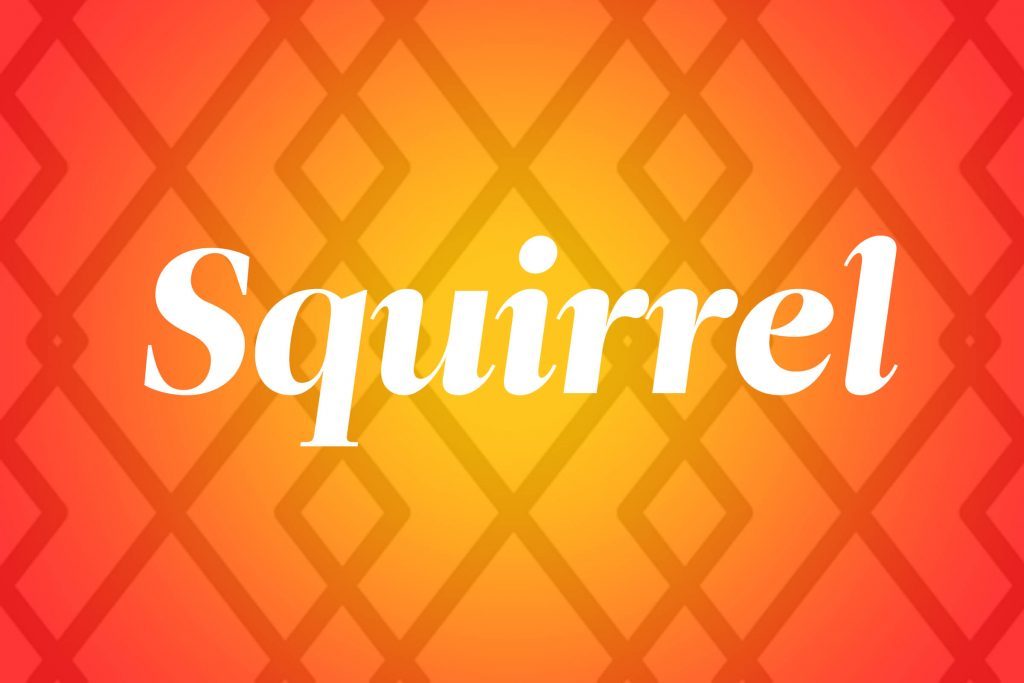 To pronounce the name “squirrel” for the bushy-tailed critters is about as difficult for foreign language speakers as it is for you to keep those pesky squirrels out of your bird feeders.  The tricky part, for German speakers in particular, is the “rel” ending. In German, the “rl” typically comes at the end of a syllable like the name Karl, but in English the “rel” forms a syllable of its own. When a German speaker tries to say the two-syllable word “squirrel,” it comes out as the monosyllabic “skwörl.”Dissatisfied with this result, the German speaker tries to produce a real ‘R,’ of the sort you get in (Rock ‘n) Roll, in the end cluster, wreaking havoc,” Carlos Gussenhoven, a linguist in the Netherlands, told Live Science. 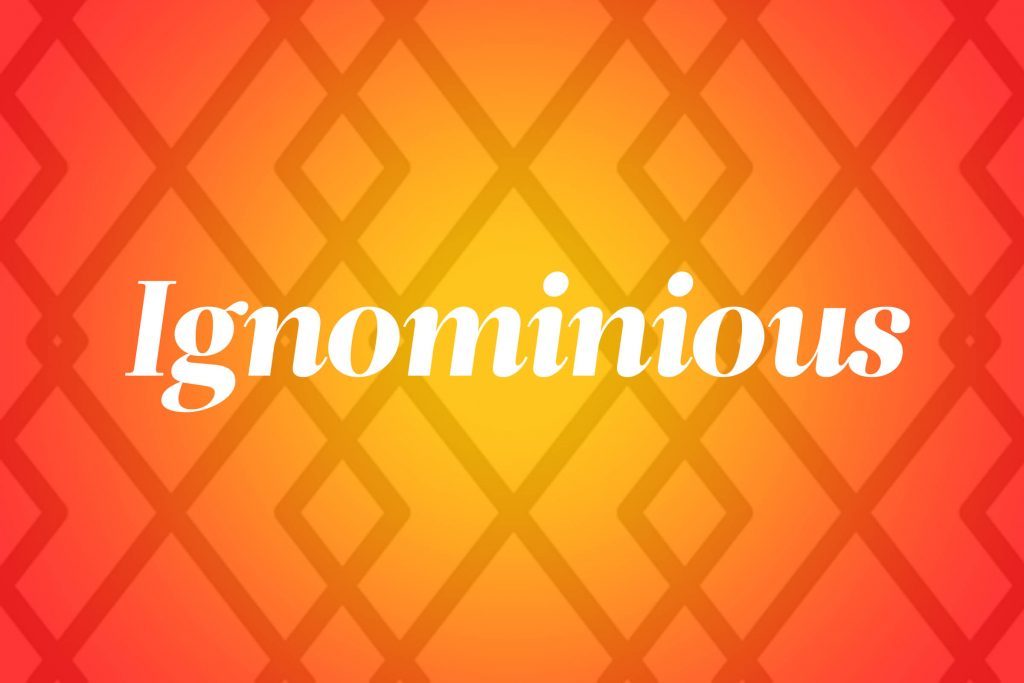 If someone is despicable or dishonorable, you may call them ignominious, that is, if you can even pronounce it properly. Despite the word’s short length, its five syllables filled with many “i’s” and “o’s” is enough to get anyone tongue-tied. 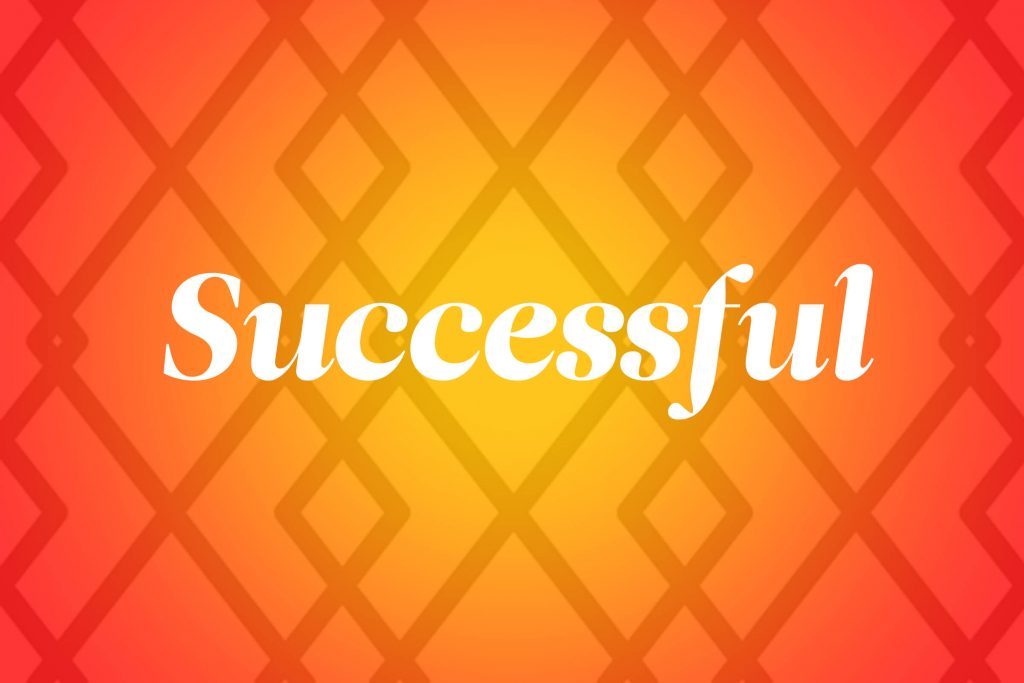 Many English language learners are quite unsuccessful reading and pronouncing the word “successful” for the very first time. It may be because the double “c” and double “s” trips people up. At first glance, the word looks like it should be pronounced “succ-ess-ful” but that is incorrect because the second “c” is pronounced like an “s,” which can confuse anyone learning how to read or speak English. Unfortunately, the English language is full of word quirks that continue to boggle our minds. 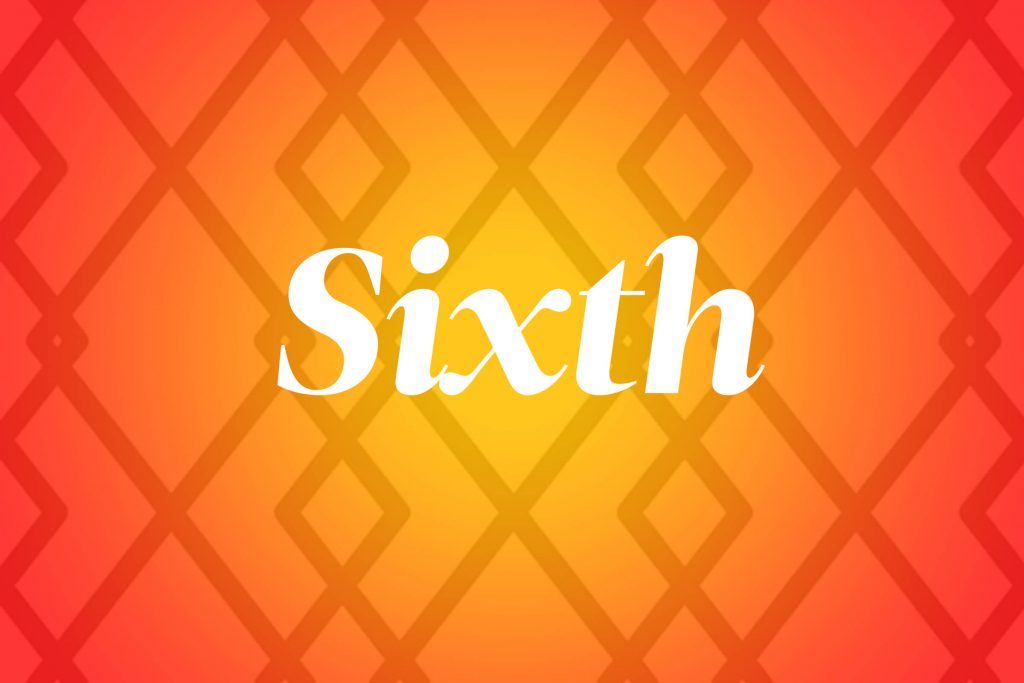 For many non-native speakers, the “xth” three-consonant cluster in words like “sixth” are quite the tongue twister. A Reddit thread asked users to weigh in on which words in the English language were hard words to pronounce and “sixth” made the list. One user commented, “What kind of word has an ‘s’ and ‘xth’ sound?” Not sure anyone has the answer for that yet and we may never know. Next, find out the 20 words even smart people mispronounce.