15 Hidden Treasures Rumored to Be Somewhere in the United States

Tales of hidden treasure are always thrilling, especially when the treasure in question might be right in your own backyard. 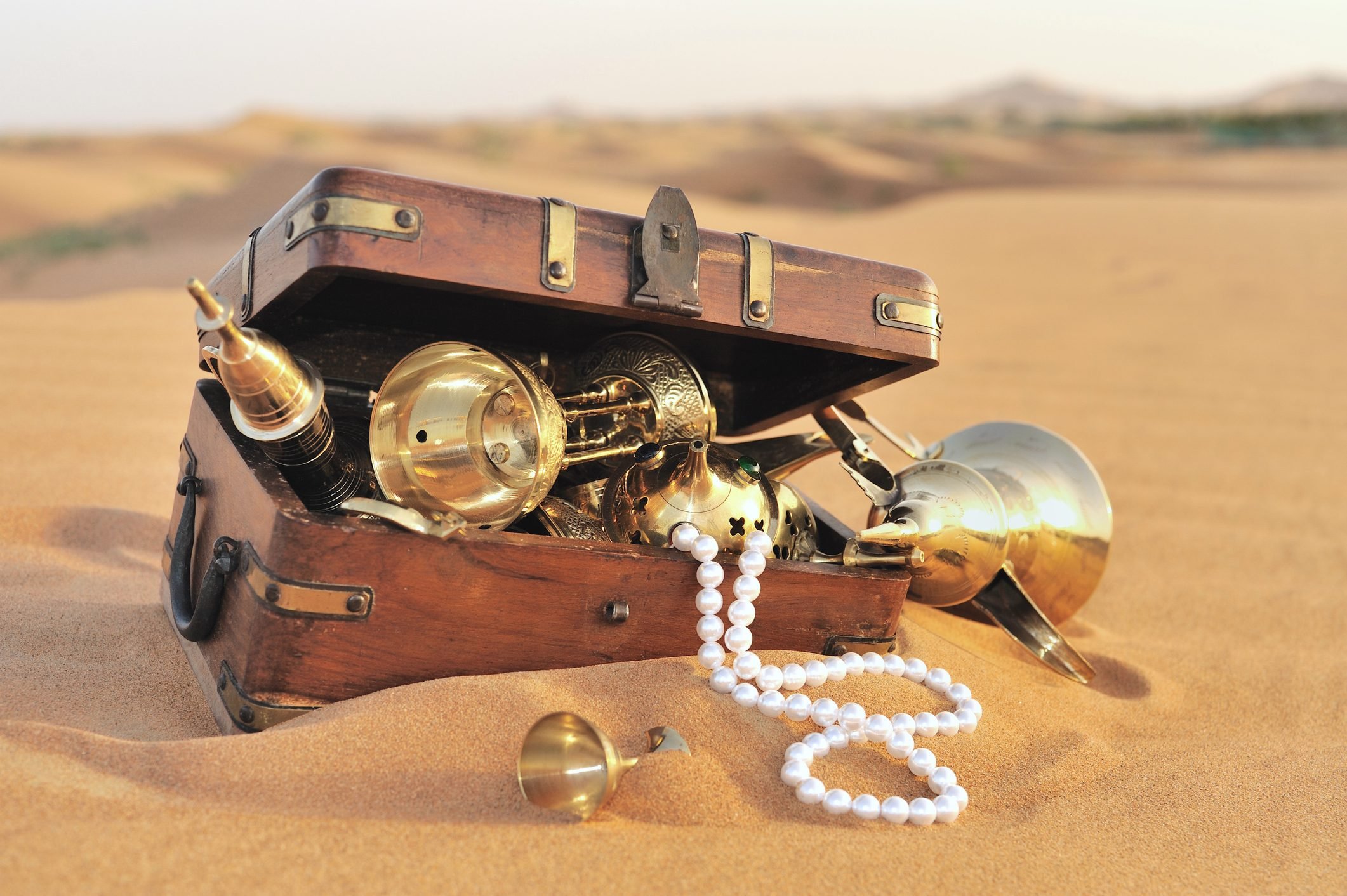 Hidden treasures aren’t just for pirates, movies, and pirate movies—there’s actually treasure buried right here in the United States. While some buried treasures have been found, there’s still plenty out there just waiting to be discovered by metal detector, shovel, or puzzle-solving mind. Are you brave (and patient) enough to venture out in search of lost wealth? Alternatively, you might luck out and stumble over some treasure, like these people who found valuable items by accident. 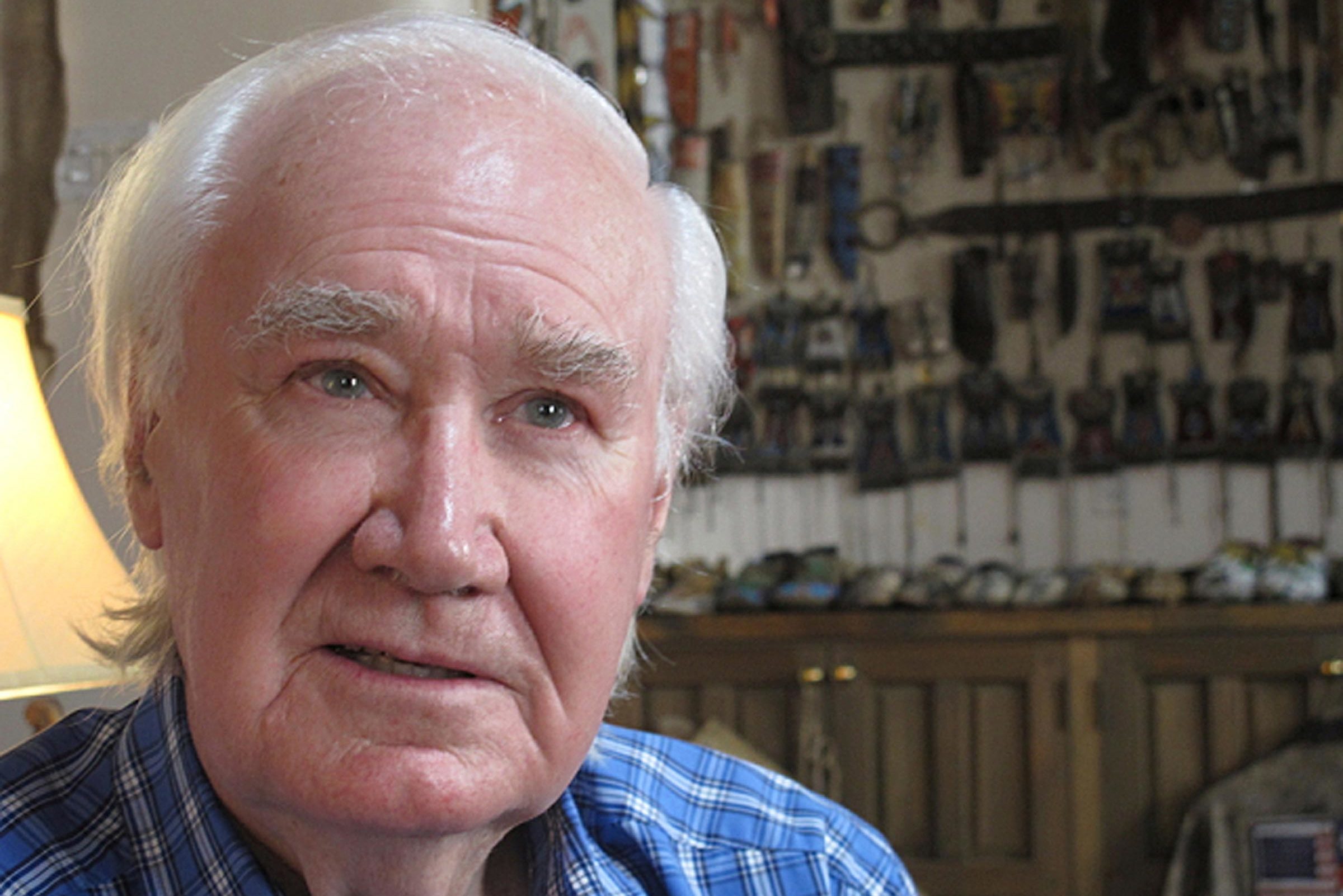 About a decade ago, 85-year-old Forest Fenn allegedly hid what experts estimate to be $5 million worth of gold, jewelry, and artifacts in a small bronze chest somewhere in the Rocky Mountains. In his cryptic poem, The Thrill of the Chase, Fenn dropped clues as to the whereabouts of this hidden treasure and inspired thousands of adventurers and treasure-hunters to go searching. Sadly, some even died trying. In June of 2020, the treasure was finally found by a man who chose not to be named (perhaps understandably, as he was suddenly $5 million richer!). On his website, Fenn wrote, “It was under a canopy of stars in the lush, forested vegetation of the Rocky Mountains and had not moved from the spot where I hid it more than 10 years ago.” Instead of a poem, Fenn might have considered putting the message of his hidden treasures into a painting instead. 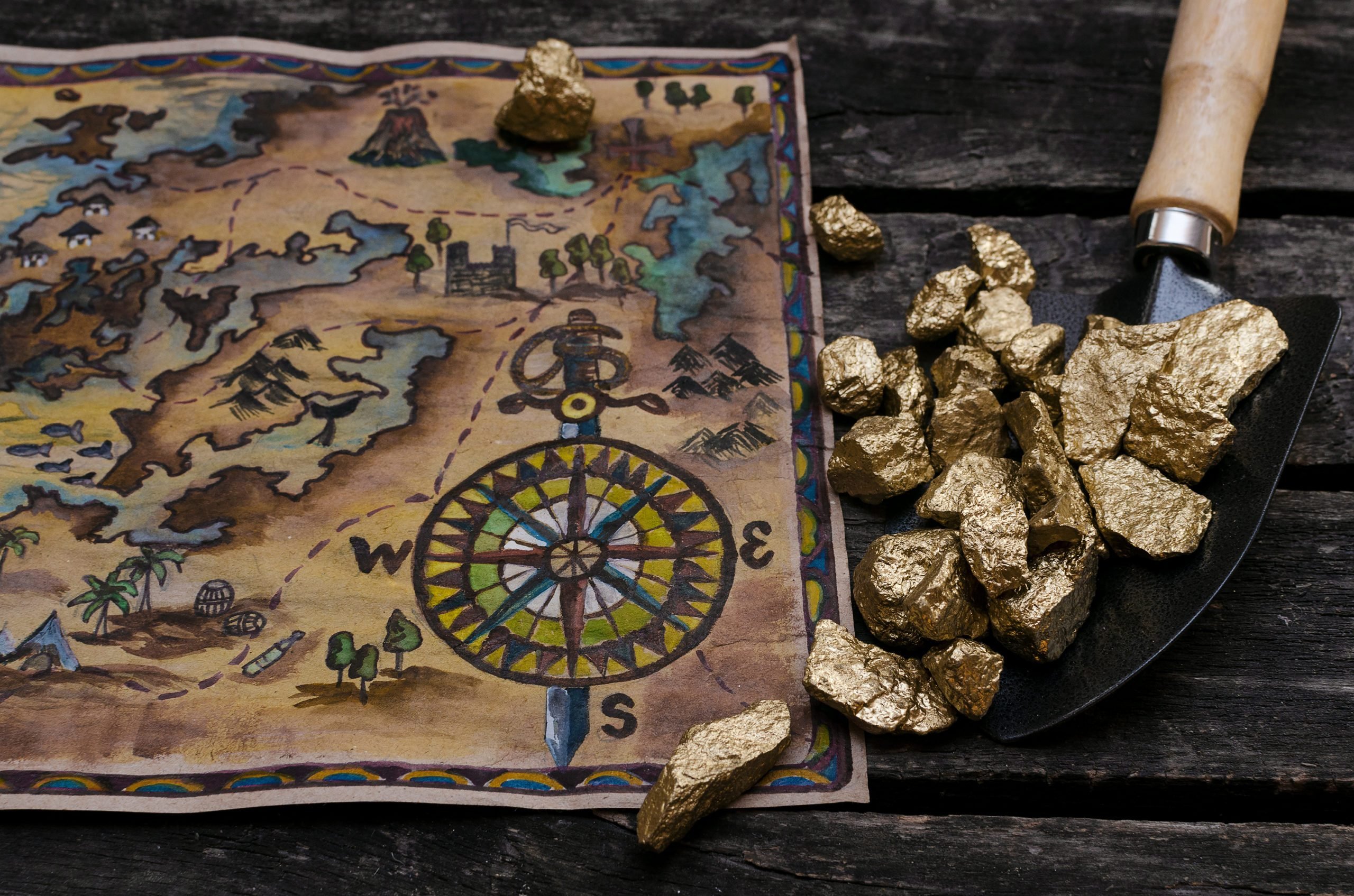 Thomas J. Beale came across an abandoned mine full of gold, silver, and jewels in Santa Fe, New Mexico during the early 1800s. Beale, along with 30 other adventurers, transported the goods to Bedford County, Virginia, and buried them. He then created three ciphers (encoded letters), detailing what the treasure was, where it was located, and the contact information of the people that helped him bury it. Beale put the letters in an iron box, and gave them to a friend, instructing him to only open them if he hadn’t returned in ten years. The ciphers were eventually published in 1885 but only one has been cracked: the second cipher, detailing the fabulous contents of the hidden treasures. Its cipher key? The Declaration of Independence. So far, investigators have been unable to crack either of the other two and find the treasure. These are the most famous cold cases of all time. 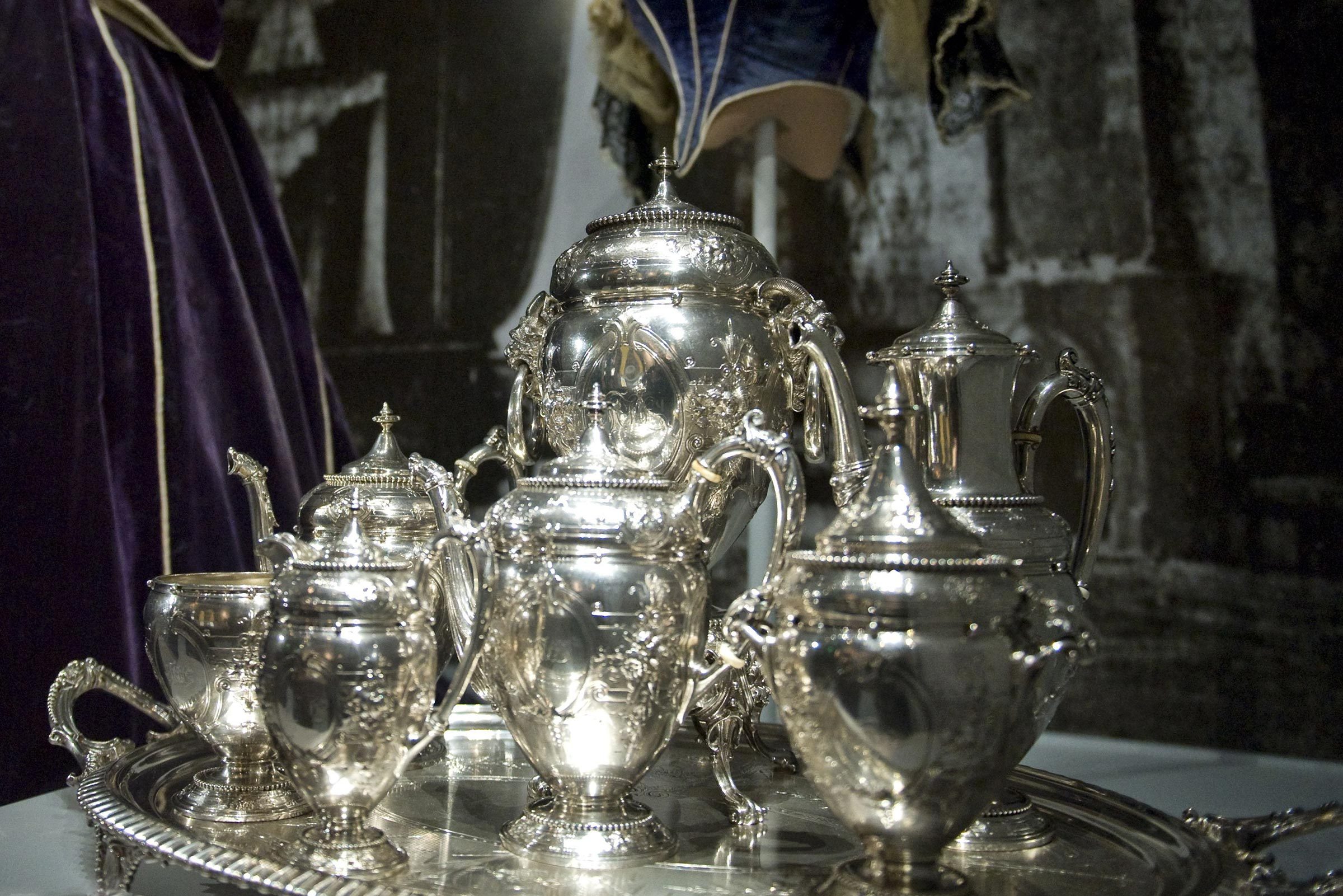 Wealthy casino heir Ted Binion has been dead for two decades, but his legacy lives on in the form of a silver collection said to be worth several million dollars, rumored to be buried somewhere on the property of his Pahrump, Nevada ranch. Binion was allegedly murdered in 1998 at the age of 55, by his girlfriend and her lover. While the duo was acquitted of murder on appeal, they were convicted on charges related to silver theft, the motive being his collection of silver items worth several million dollars at the time (and now worth far more). Some believe all the silver has been recovered, but others think a buried fortune of hidden treasures remains somewhere on (or under) the property. Find out the strangest unsolved mysteries from your state. 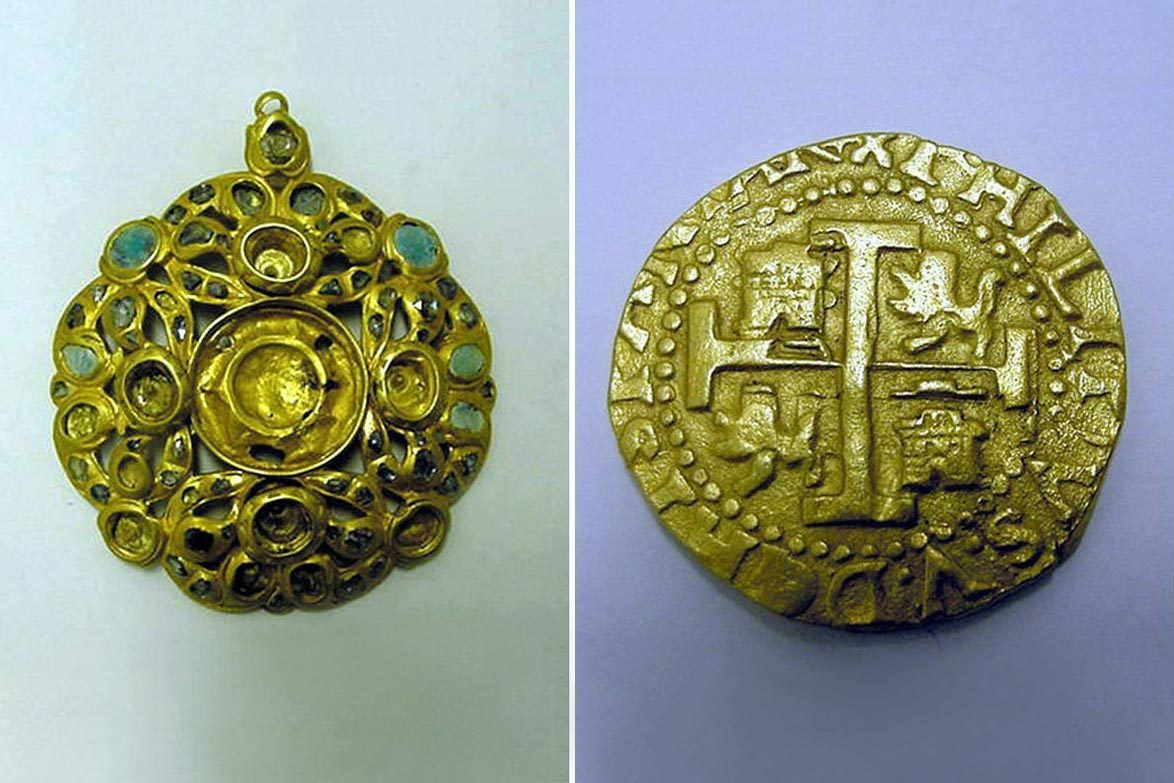 In one of the Ozarks’ biggest mysteries, The Old Spanish Treasure Cave in the northwest corner of Arkansas is believed to hold hidden treasures buried by Spanish conquistadors fleeing from Native Americans over 350 years ago. The treasure itself has not yet been found, but artifacts from the time period such as helmets, weapons, and armor have all been found in the area, so there’s still hope! These are some of the weirdest archaeological discoveries ever found. 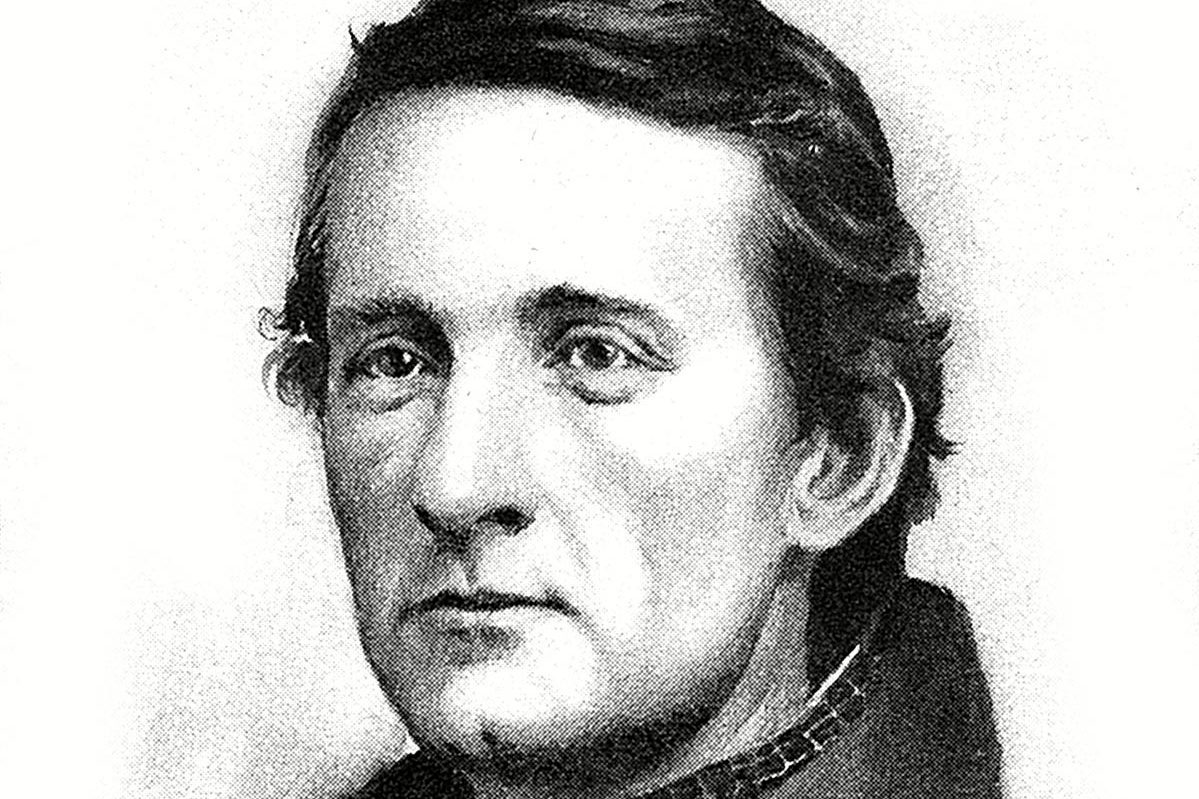 In 1863, Confederate ranger John Singleton Mosby and his band of guerrilla raiders were able to sneak ten miles into Union territory and capture more than 40 Union troops at the Fairfax, Virginia Courthouse—all without firing a single shot. Mosby reportedly left with a burlap sack stuffed with what was then valued at $350,000 worth of gold, silver, jewelry, candlesticks, and other family heirlooms, all of them taken from the homes of local plantation owners. On the way back to the Confederate line, Mosby was warned that Union soldiers were nearby and opted to bury the sack between two trees, marking the spot with his knife. Later, he sent seven of his men back to retrieve it, but they were captured and executed. As far as we know, Mosby never went back, so the hidden treasures could still be out there. These mysteries about planet Earth are still unsolved. 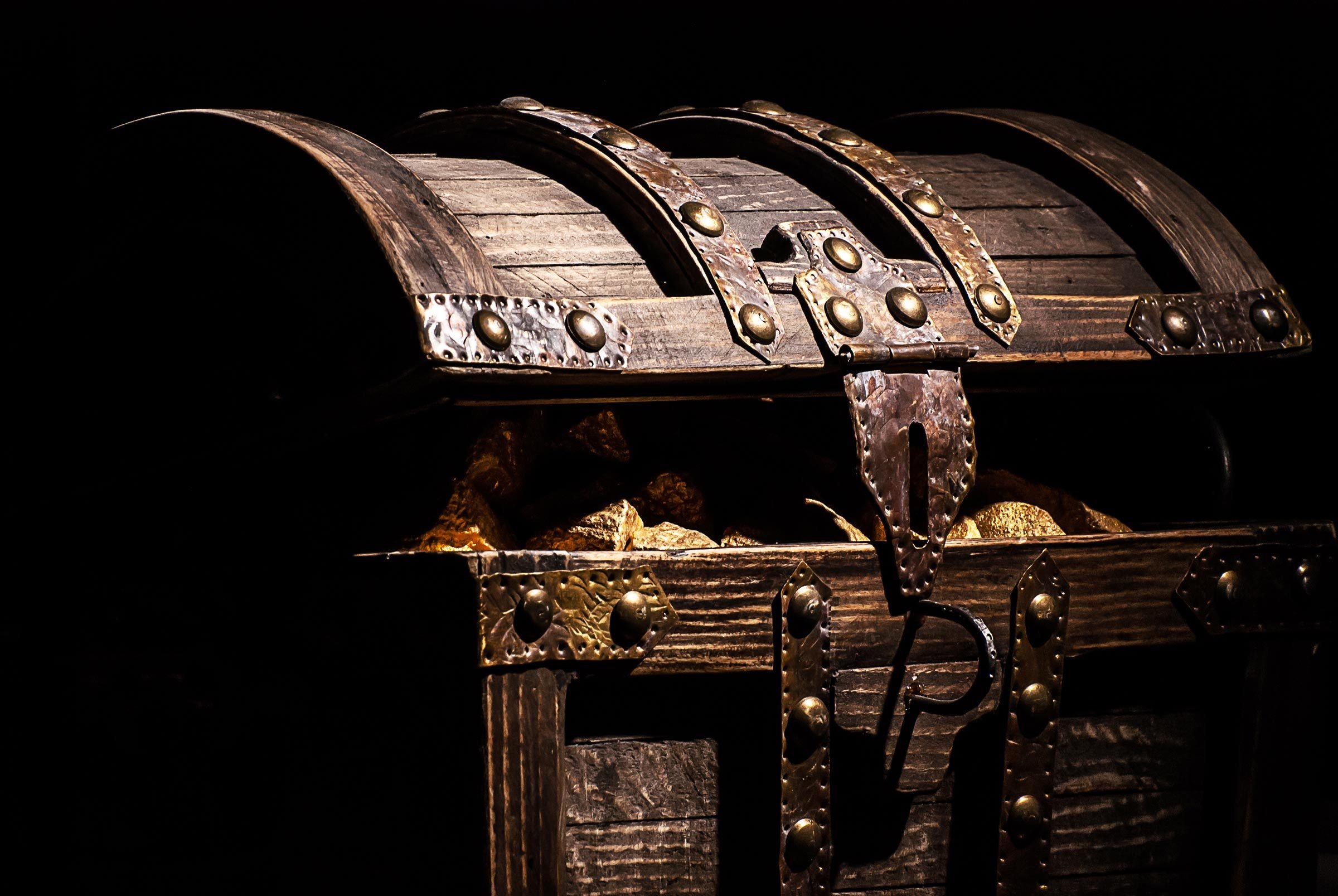 From 1716 to 1718, the pirate Blackbeard traversed the West Indies and Atlantic Coast of North America, attacking ships laden with gold, silver, and other treasures from Mexico and South America on their way back to Spain. Blackbeard is said to have boasted about his buried treasure, but never trusted anyone enough to divulge the secret location. He was finally defeated and executed in 1718. Treasure hunters have been searching for Blackbeard’s hidden treasures ever since, seeking everywhere from Virginia’s Chesapeake Bay to the Caribbean and Cayman Islands. Unlike Blackbeard’s loot, these incredible underwater treasures have actually been found. 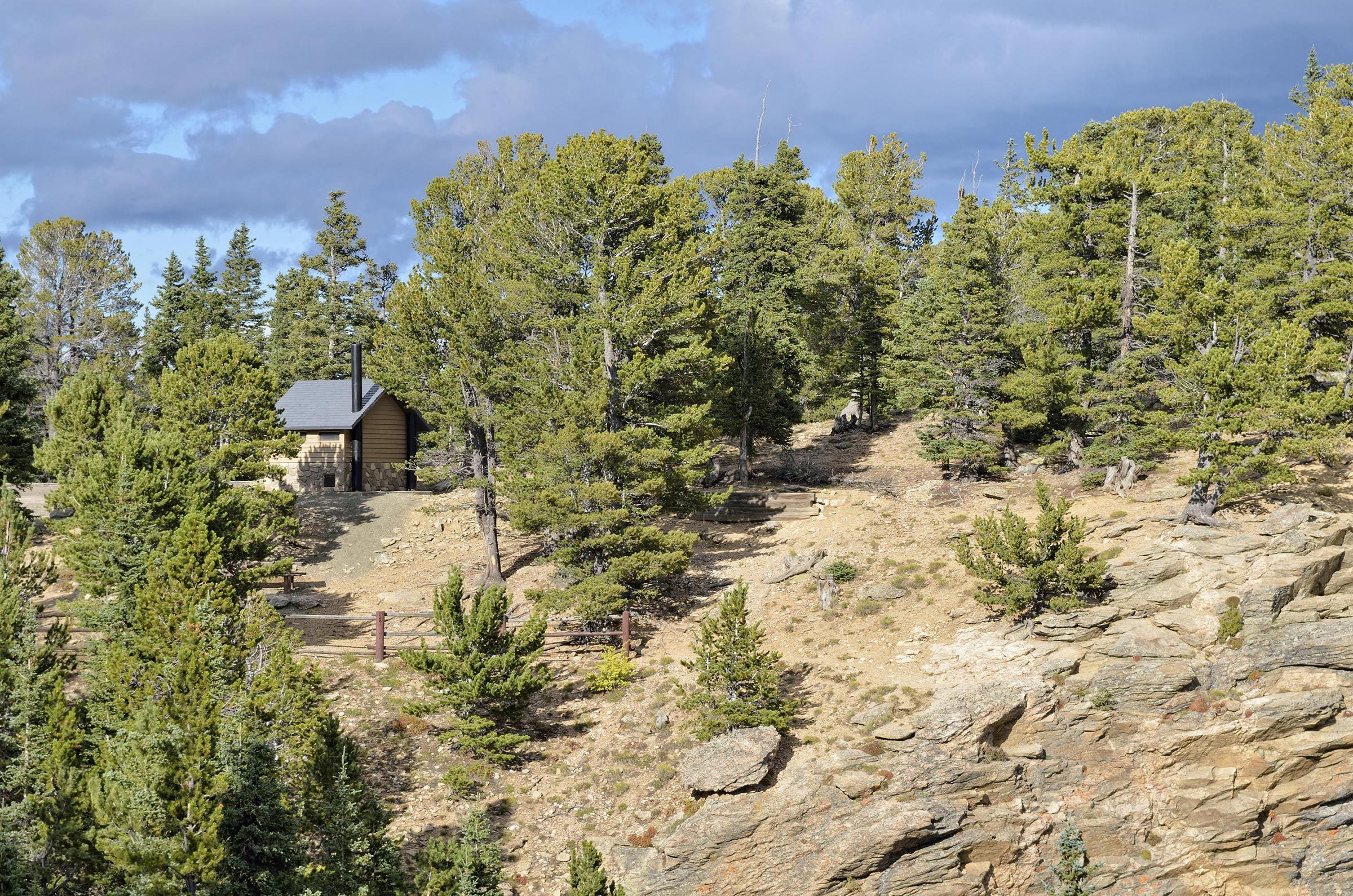 “Somewhere in east Idaho is a bloody treasure worth millions of dollars [in gold]…at least that’s the legend, anyway,” writes the East Idaho News. In 1865 the Overland Stage Line, carrying gold in its cargo, was held up by the Picket Coral Gang, a pretty prolific stagecoach robbery syndicate. Now if the robbery took place—and there’s some confusion as to whether or not it actually dd—the gang probably hid the loot in the Portneuf Canyon. Here’s why it was called a “robbery” and not a “burglary.” 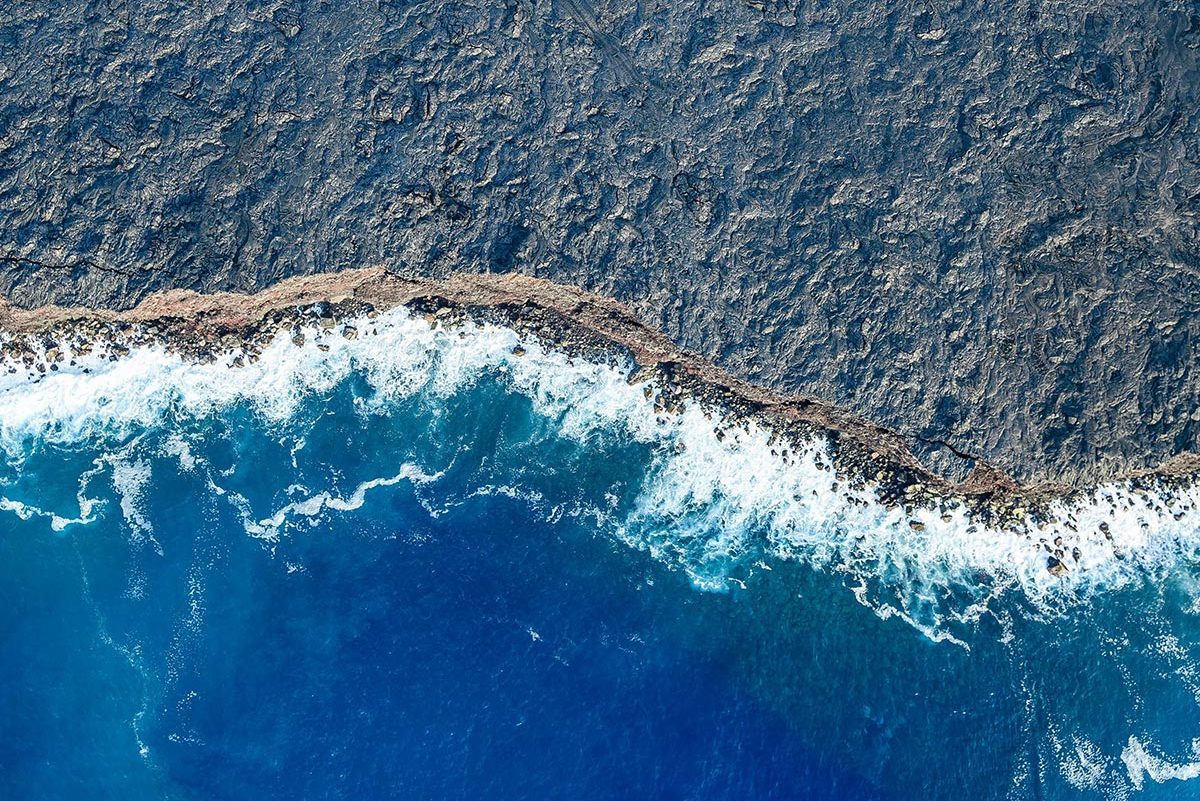 Palemano Point, an exposed reef break off Hawaii’s Big Island, might just be the site of over $5 million in pirate treasure. According to the book Hawaii’s Unsolved Mysteries, Captain Thomas Cavendish was a 16th-century English privateer whose career may have eventually led him to bury some of his extensive silver and gold riches at the Point. Modern-day explorers have tried to locate the hidden treasures or even the wreckage of the Captain’s ship; so far both endeavors have failed. But any excuse for a holiday to Hawaii, right? These world-famous sculptures have hidden mysteries. 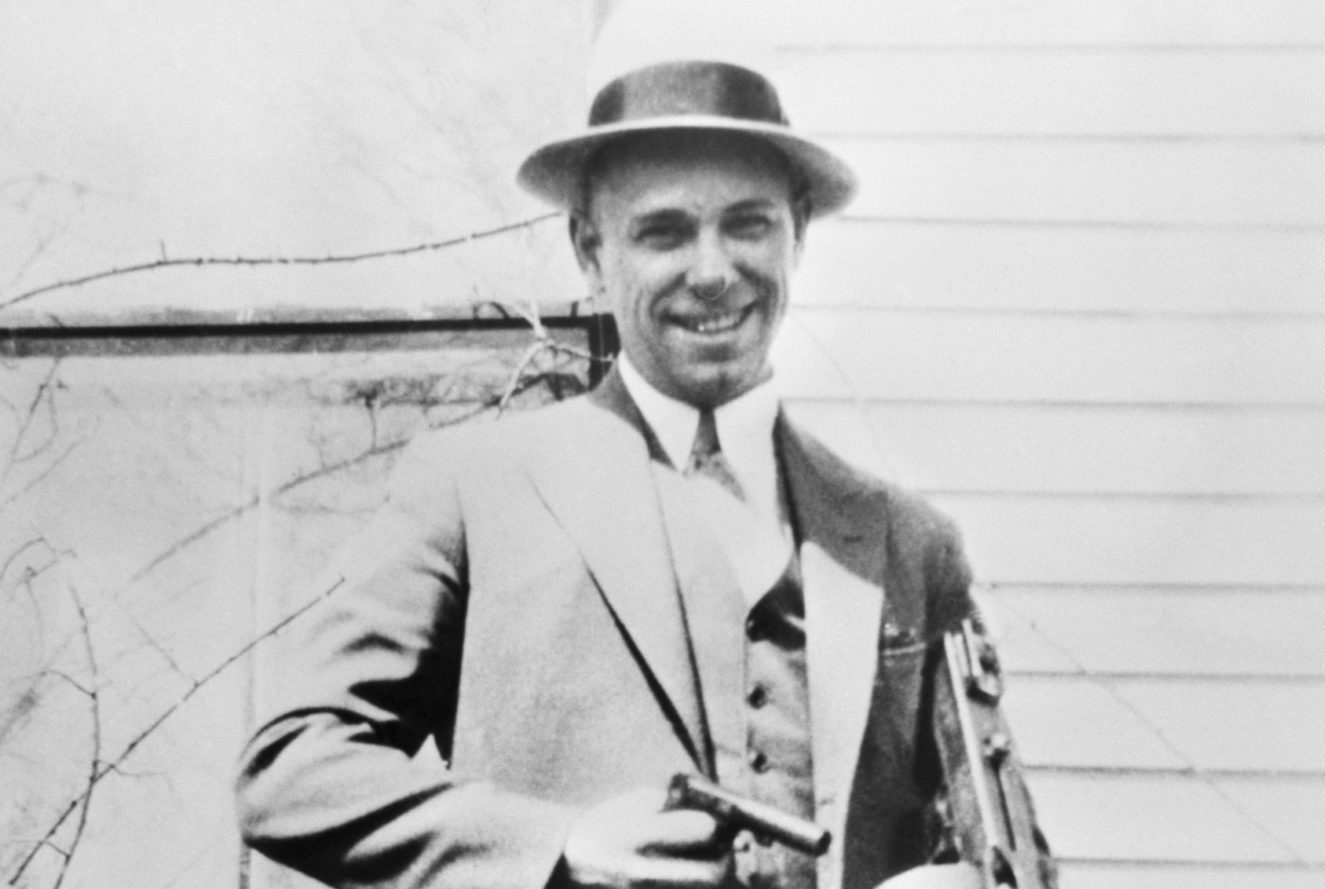 One of America’s most famous gangsters, John Dillinger, spent the spring of 1934 hiding at the Little Bohemia Lodge near Manitowish Waters, Wisconsin. After a phone called tipped them off to the gang’s location, FBI agents raided the lodge, but ended up in a shootout with Dillinger and his men. In the confusion, Dillinger apparently escaped out the back door with a suitcase containing $200,000 in small bills. The legend says that he buried the suitcase in the backyard of the Lodge. As he was shot three months later in Chicago, the hidden treasures remain in Wisconsin to this day. Check out these other hotel mysteries that are still unsolved. 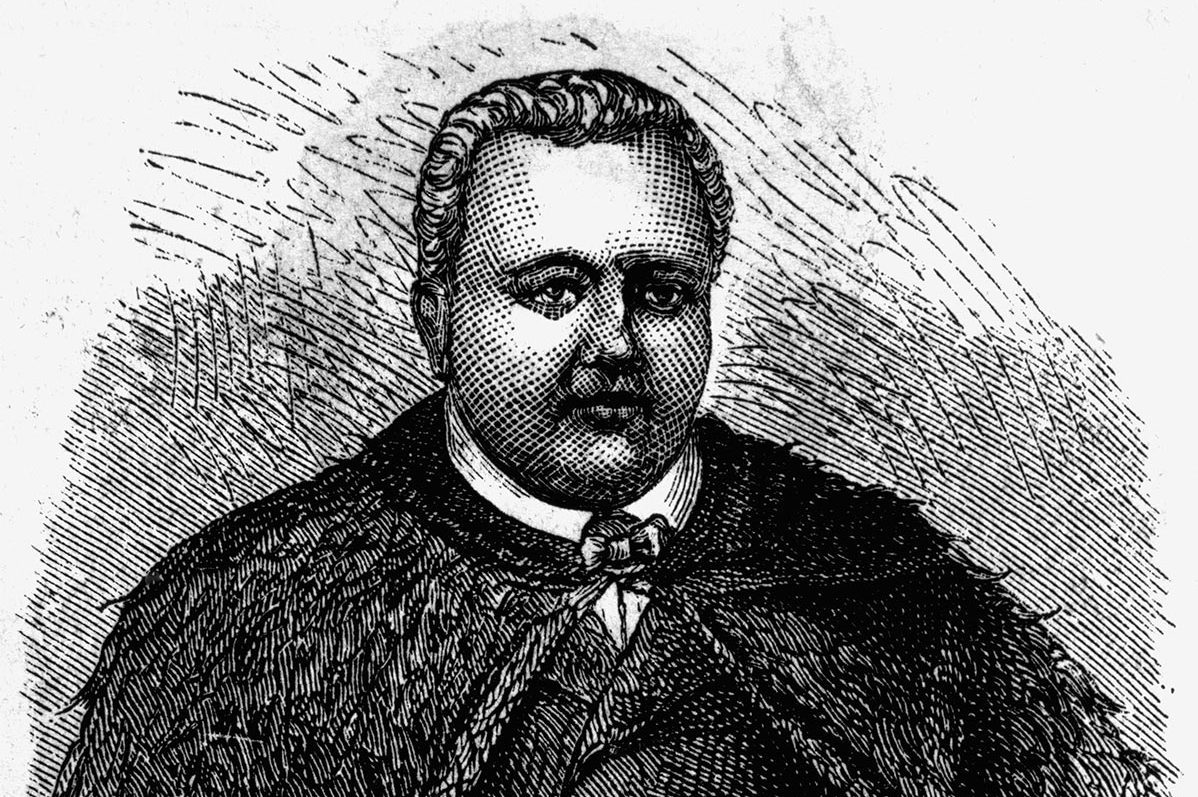 In 1810, King Kamehameha was the first king to bring all the islands of Hawaii under his control. The King died in 1819, and was supposedly buried with millions of dollars’ worth of gold and jewels. But Kamehameha’s burial chamber has never been located, at least not yet. There is a proverb in Hawaii: The morning star alone knows where Kamehameha’s bones are guarded. Some believe that the King is buried at the royal burial ground at the palace of Moku’ula, in Maui, or in a cave in Maui’s Iao Valley, where many other great Hawaiian chiefs were interred. Still, Hawaiian custom dictates that his bones go undisturbed, in order to protect his power. The mystery of the Hawaiian King’s hidden treasures isn’t the only ancient mystery researchers still can’t explain. 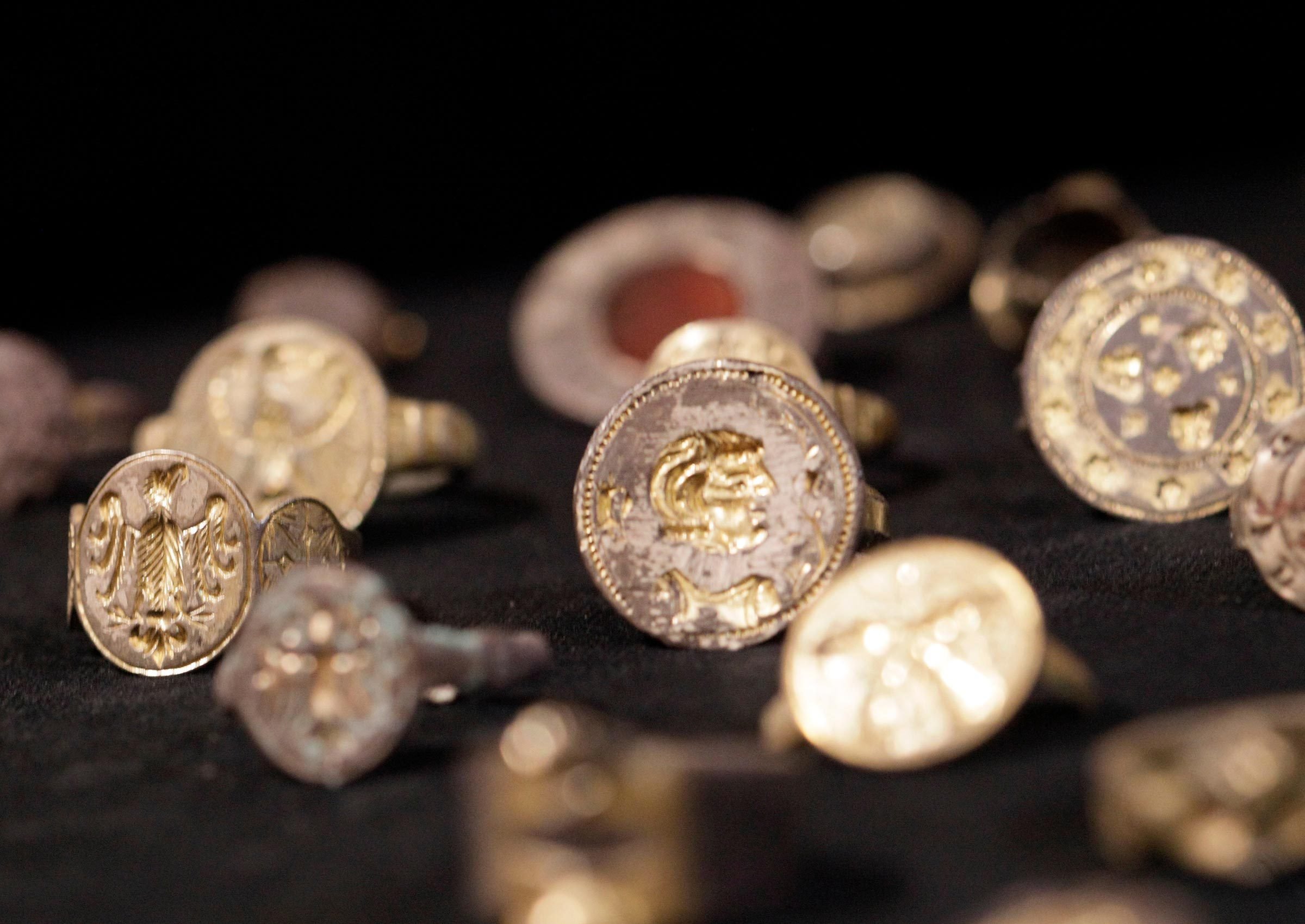 When a Spanish ship sunk off the Oregon coast in 1705, it supposedly left behind gold and other hidden treasures in yet another tale of lost Spanish loot. The mere fact that it might exist is enough to drive real estate interest in the area. “If you thought you could buy a second home on the coast but knew it would stretch your budget, the tipping point might just be, ‘Oh my God, there’s 500 pounds of gold somewhere up there,'” Gary Albright, executive director of the Tillamook County Pioneer Museum, remarked to Portland Monthly. These are the infamous homes everyone should know. 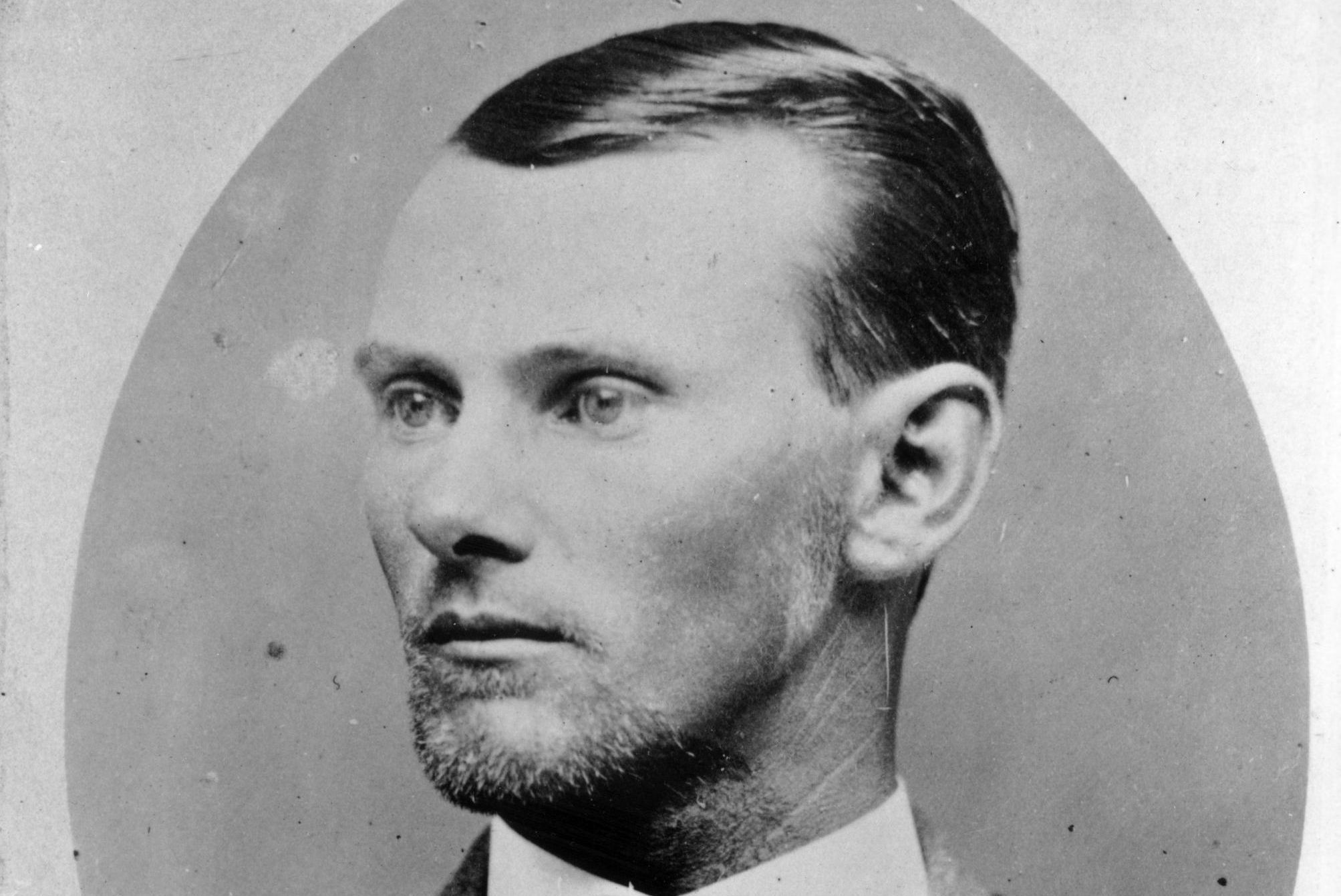 Somewhere in Oklahoma—most likely somewhere in the vicinity of Robbers Cave in the Wichita Mountains—there is said to be over $1 million worth of hidden treasure, left behind by Jesse James and his band of outlaws back in the 19th century. There are hundreds of tales about the James Gang’s exploits, all ending with essentially the same words: “He left that treasure behind in the Wichitas, and it’s never been seen again.” What we do know is that Jesse James is the most notorious criminal from Missouri—find out who earned the dubious honor in your state. 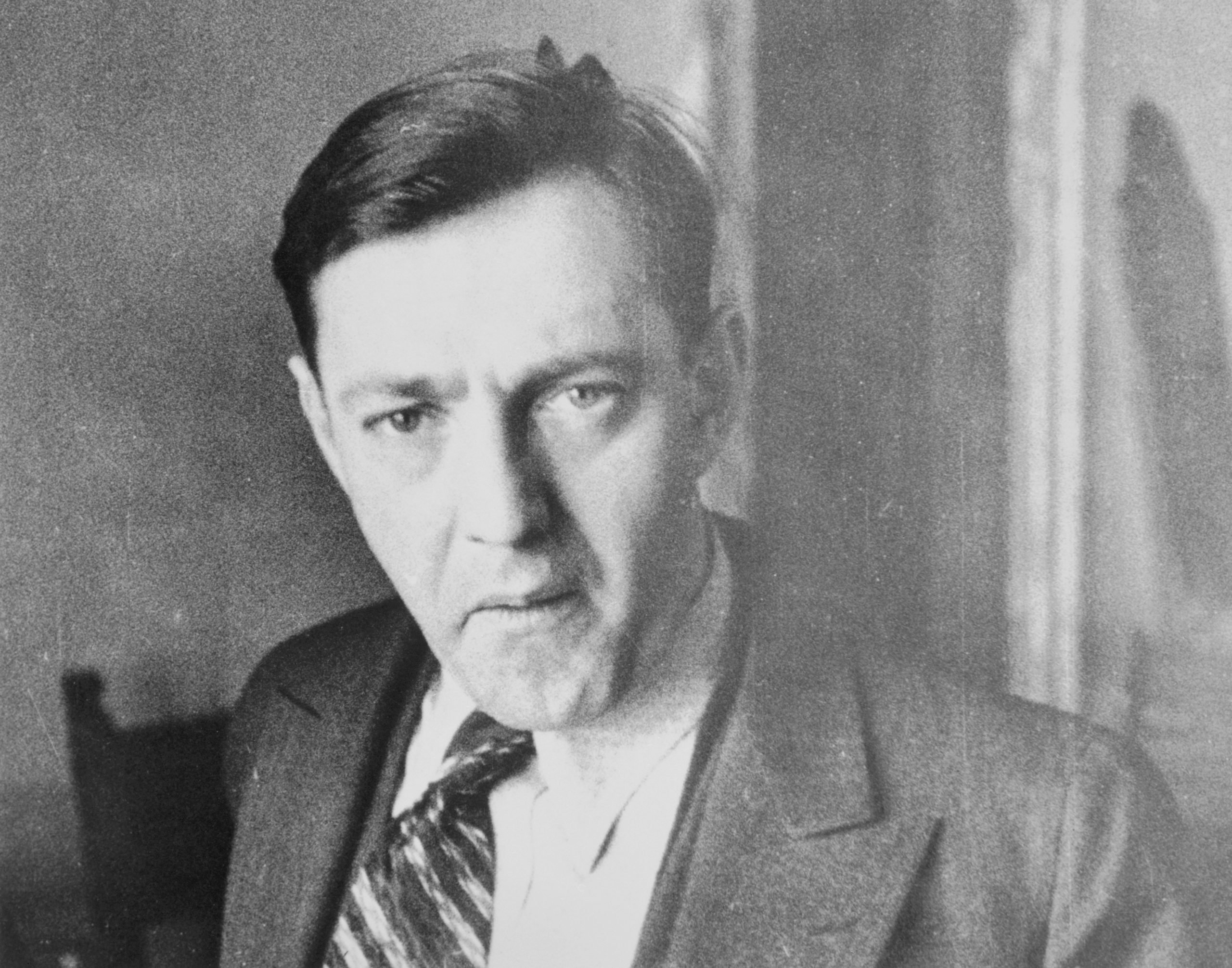 One of the world’s most perplexing hidden treasure mysteries is that of the gangster Dutch Schultz, who may or may not have hidden a fortune somewhere in the Catskill Mountains of New York. As the story goes, Schultz feared the law was catching up with him, as he was being investigated for tax evasion. He therefore had a special waterproof and airtight safe built, and placed $7 million in cash and bonds into it—over $130 million in today’s money. The safe was buried at an undisclosed location in upstate New York, and it has remained there ever since. Schultz was shot by a rival gangster in a New Jersey restaurant in 1935, and the location of the safe appears to have died with him. Hiking/treasure hunting holiday to the Catskills, anyone? 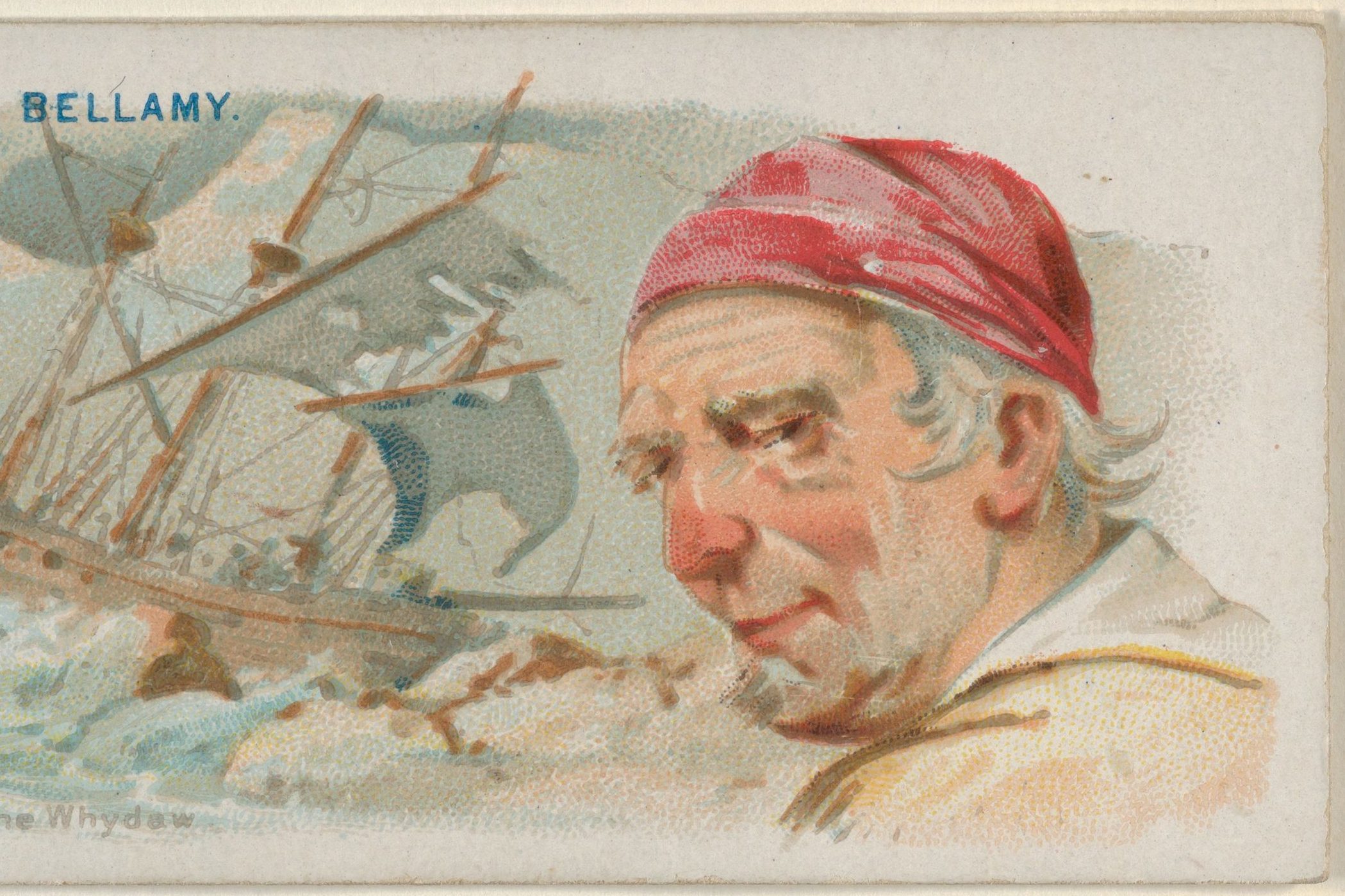 The small town of Machiasport, in eastern Maine, may be harboring millions of dollars in valuable treasures that once belonged to the pirate Samuel Bellamy (who some say was the model for Captain Jack Sparrow). Back in 1716, Bellamy and his crew moved to the area, and built a house to hold his treasures. But Bellamy and his “Pirate Princes” didn’t stay long. They were soon back out, on the unending piratical quest to score more loot. Ultimately, Bellamy was captured and hanged in Massachusetts, and his treasure has never been located. Here are 8 ghost ships whose mysteries have yet to be solved. 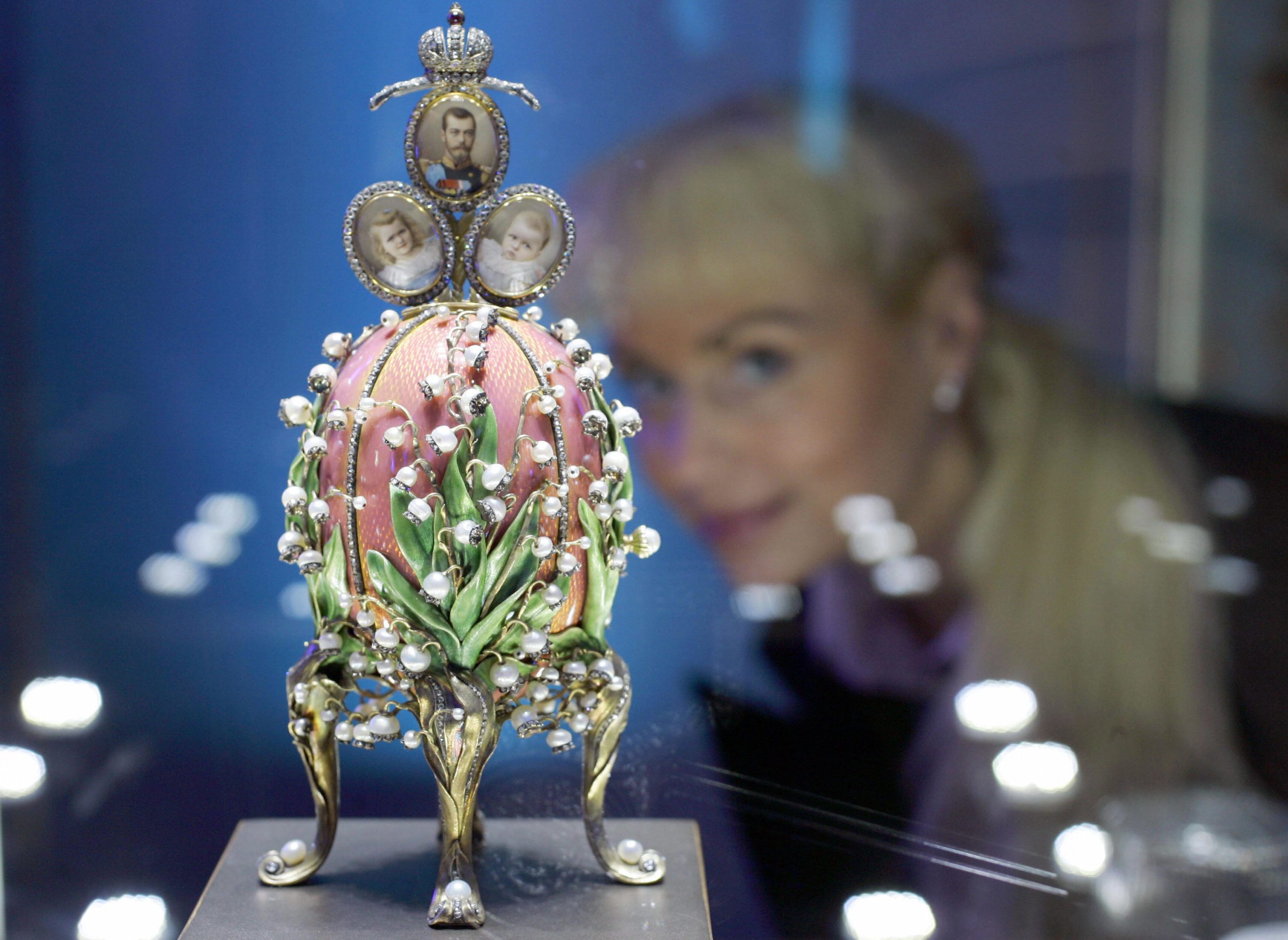 In 1918, during the Russian revolution, the Bolsheviks first murdered the Romanovs, then came for the House of Fabergé, the imperial Russian jewelry designer. Most of the Fabergé eggs were confiscated and sent for safekeeping in Moscow. After they were discovered again in the early 1930s, entrepreneur Armand Hammer took an interest in them and brought ten home to America. Some sold. Some did not. Some have changed hands multiple times. All that is known for sure, is that eight of the 50 eggs Fabergé made for the Imperial Family remain unaccounted for. However, one of the other Fabergé eggs sold in 2007, for $8.9 million. Maybe check your attic next time you’re up there! Learn about these other hidden treasures that haven’t been found yet.