With more than 80 million members who've rated more than 2.3 billion—yes, billion—books, Goodreads has become the go-to source for reading recommendations. 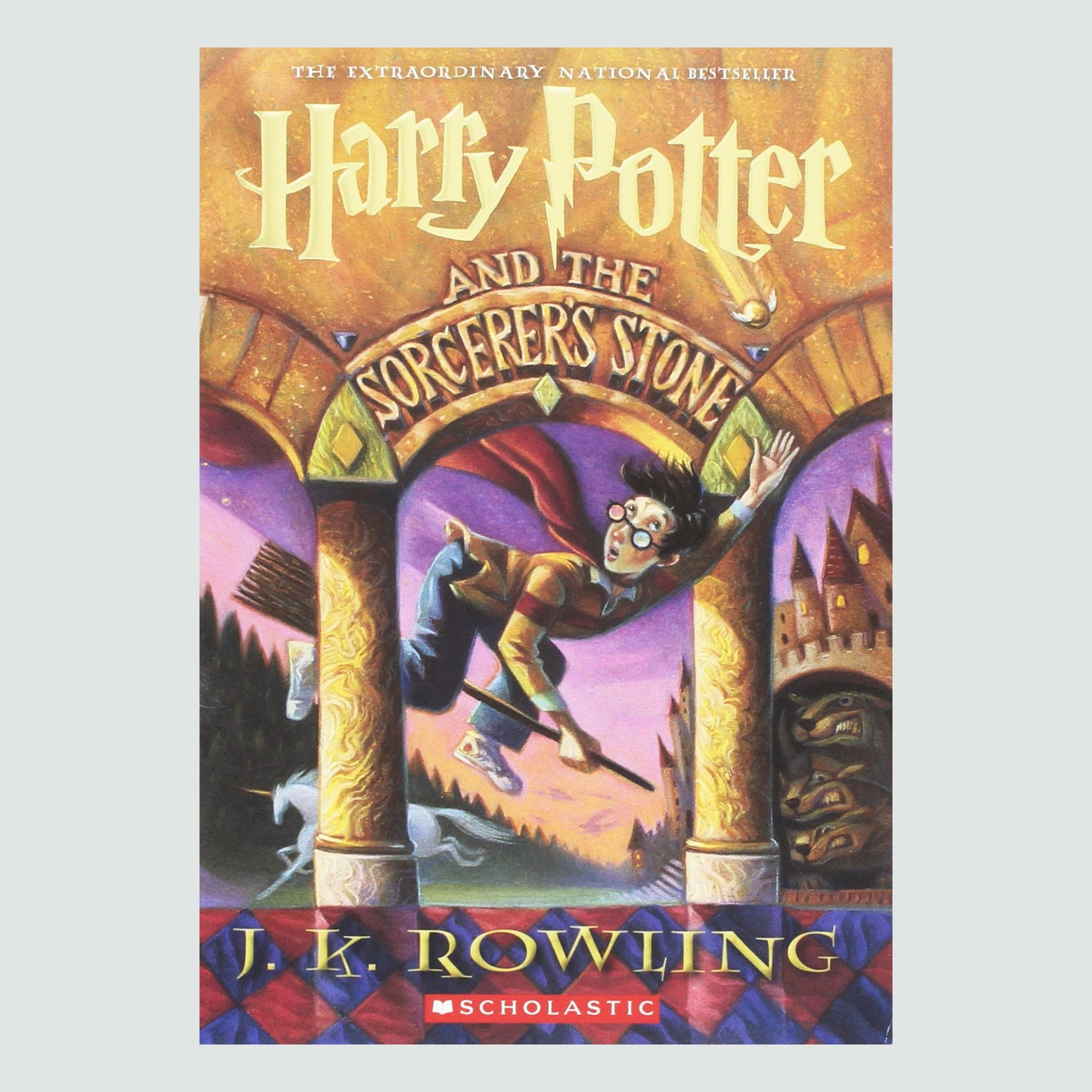 Harry Potter and the Philosopher’s Stone

Not surprisingly, the seven novels in J.K. Rowling’s Harry Potter series take up the top spots among the best-rated books on Goodreads.com. Fittingly, the first novel, Harry Potter and the Philosopher’s Stone, which introduces us to Harry, his Muggle relatives, and his beginnings at Hogwarts School of Witchcraft and Wizardry, is the highest-rated book on the site: It has earned a 4.46-star rating (out of five), the average of its five and a half million (yes, million) ratings. Additional novels in the series have ratings of 4.35 and up, with an average of two million reviews. The Harry Potter series is also one of the series you must read to call yourself a true book lover. 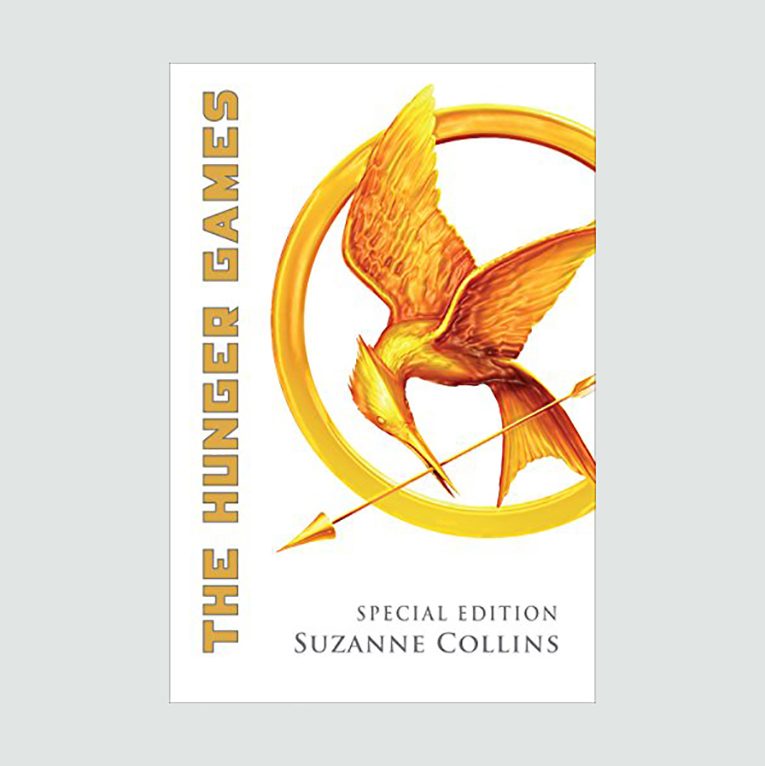 Consistently ranked neck-and-neck with the Harry Potter novels, Suzanne Collins’ 2008 young adult novel—the first in the dystopian Hunger Games trilogy—has more than five and a half million ratings on Goodreads, with an average rating of 4.3. The book introduces us to hero Katniss Everdeen, who leads a rebellion against the rulers of the post-apocalyptic country of Panem, where children are selected annually to participate in a televised, fight-to-the-death battle called the Hunger Games. Fans of the book call it everything from “breathless” to “brutal” (in a good way, of course). 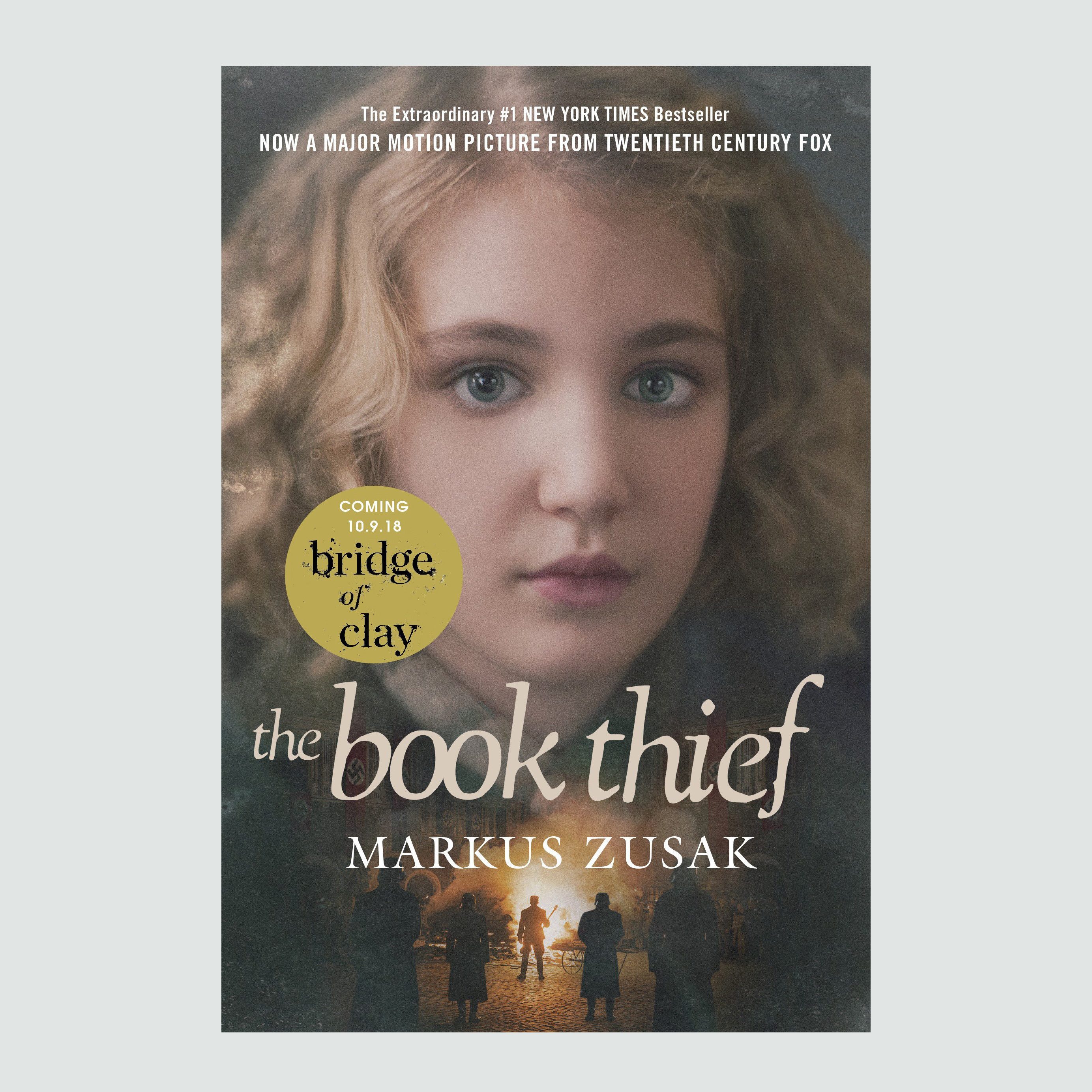 Set in Germany from 1939 to 1943, The Book Thief tells the story of Liesel, who uses storytelling and the power of the written word to help her family escape the horrors of the Nazi regime. With a 4.36 average from approximately 1.4 million ratings, Markus Zusak’s 2006 bestselling historical novel remains one of the highest-rated books on Goodreads. 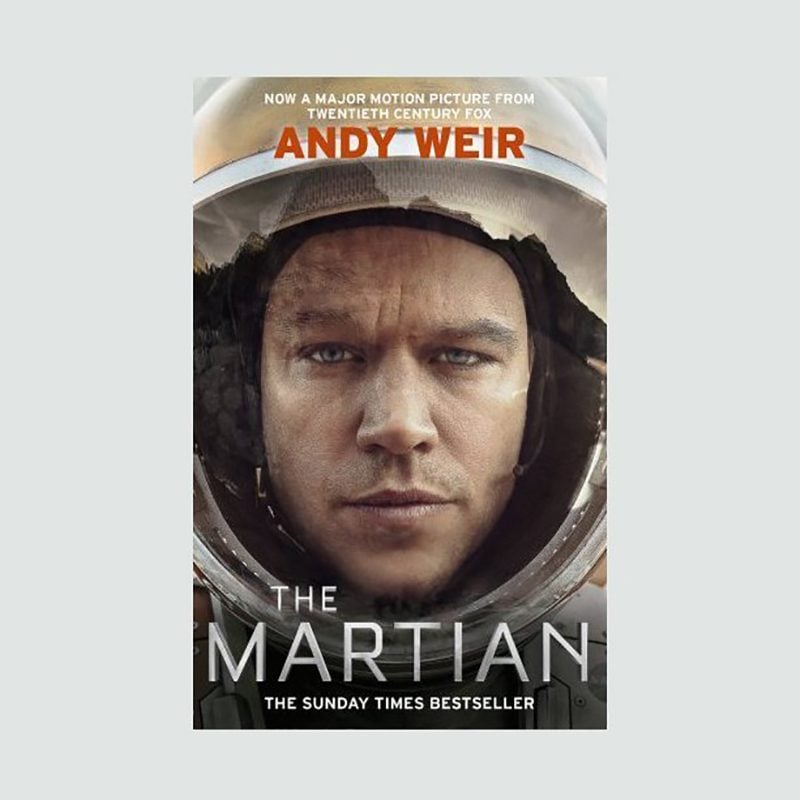 Set in the year 2035, The Martian tells the story of an American astronaut, Mark Watney, who, after a dust storm, loses all communication with NASA and becomes stranded—alone—on Mars. Presumed dead, Mark must do everything he can to survive, and the will-he-or-won’t-he tension leads many reviewers to praise the story’s “captivating” and “compelling” plot. Now a major motion picture starring Matt Damon, Andy Weir’s 2011 science-fiction novel has a 4.4 rating on Goodreads, with more than 629,000 ratings. Just like The Martian, there are many other sci-fi books that you won’t be able to put down out there. 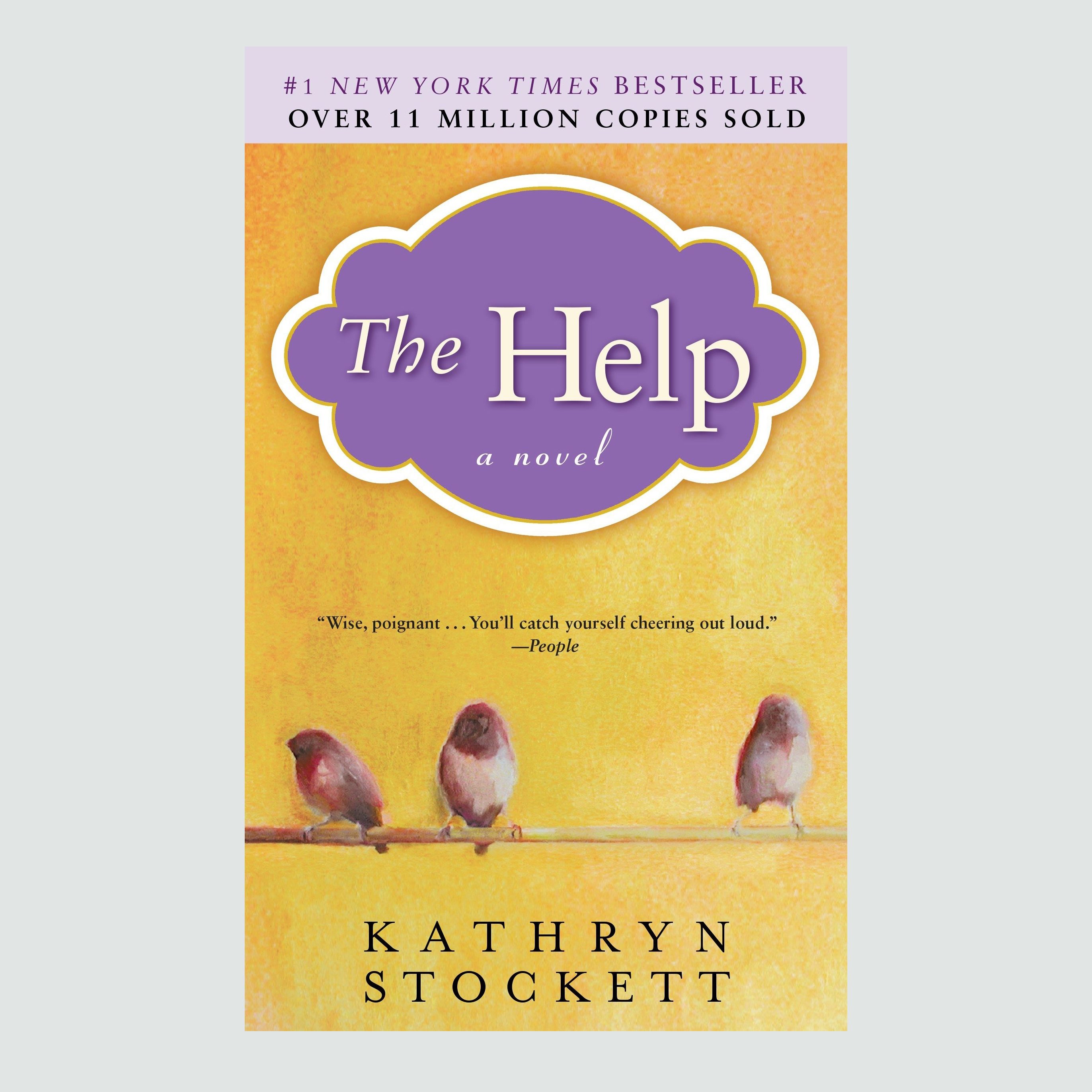 Boasting a 4.46 average from around 1.8 million ratings, Kathryn Stockett’s 2009 novel remains one of the highest-rated novels on Goodreads. Set in 1960s Mississippi, it tells the story from three distinct points of view: Skeeter, a well-to-do young white woman who just returned from college, wanting to be a writer; as well as Aibileen and Minny, two African-American maids who work for white families. Together, the maids work together to share their disquieting personal stories with Skeeter about the mistreatment of black maids at the hands of their white bosses. 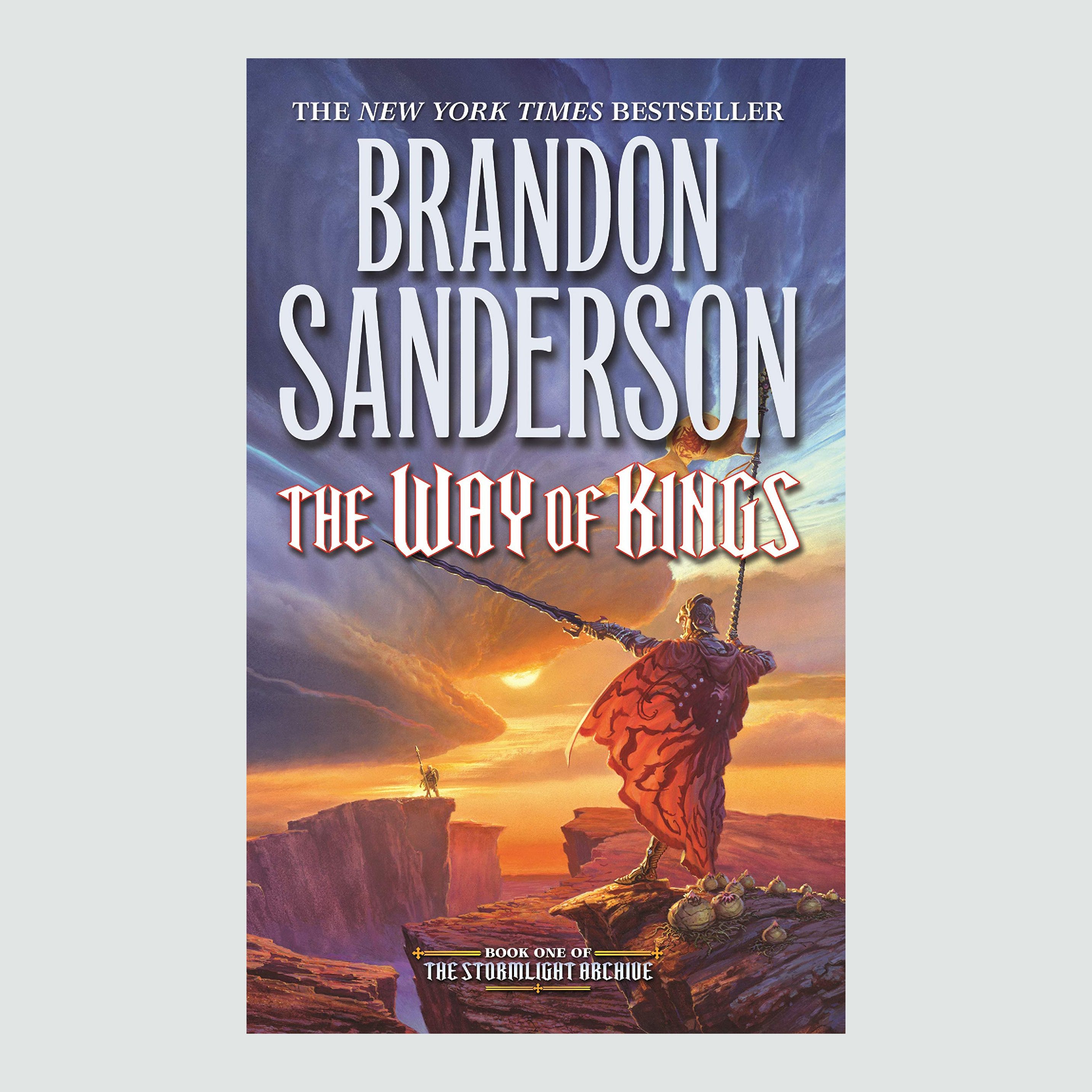 The Way of Kings

The first book in Brandon Sanderson’s The Stormlight Archive series, The Way of Kings is also one of the most praised books on Goodreads. With a 4.65 average from more than 210,000 ratings, the fantasy novel tells the story of a magical world following a disaster known as the Desolation, which threatens human survival. Fans praise the book with passionate reviews, calling it a fantasy reader’s “dream book,” Sanderson’s “magnum opus,” and a “masterpiece in epic fantasy.” 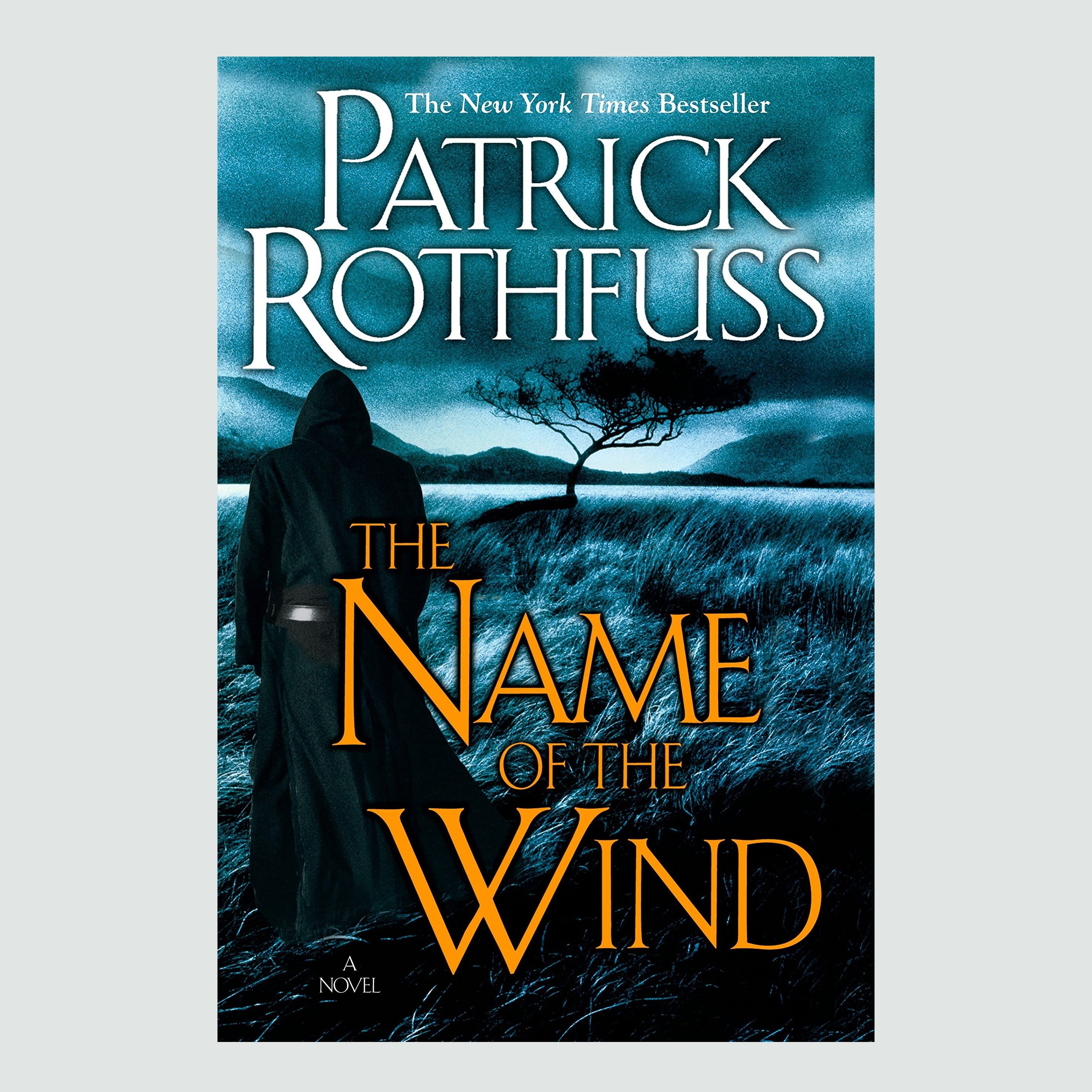 The Name of the Wind

The first book in the Kingkiller Chronicles trilogy, The Name of the Wind tells the story of a young man who grows up to become the world’s most powerful wizard. With nearly 550,000 ratings and a 4.55-star average, Patrick Rothfuss’ 2007 fantasy novel receives heaps of praise on Goodreads, with reviewers calling it everything from “captivating” and “compelling” to “lovely” and “perfect.” Make sure you also give these addictive fantasy novels a read. 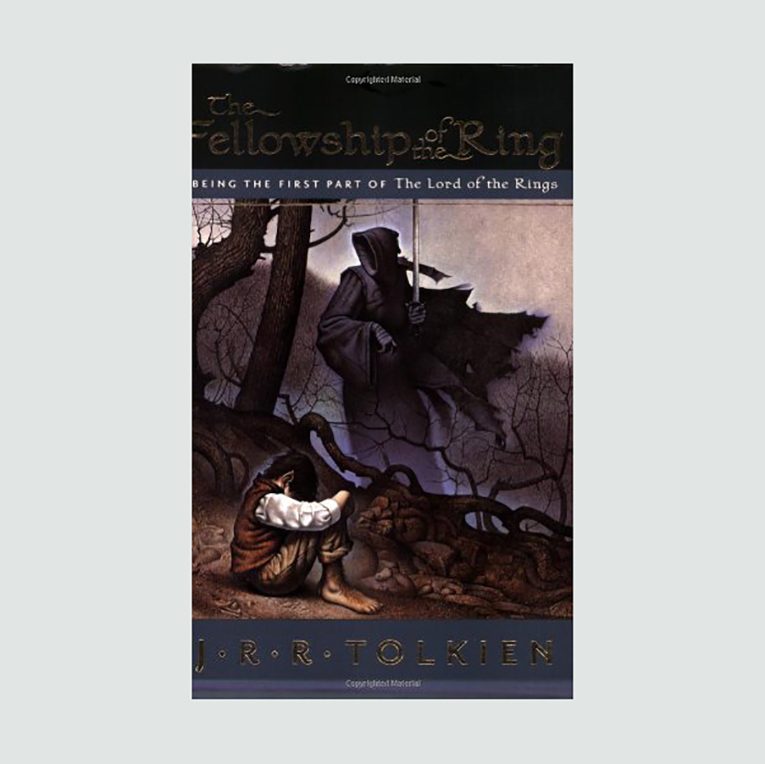 The Fellowship of the Ring

The first book in J.R.R. Tolkien’s sweeping Lord of the Rings trilogy boasts a 4.35 rating from approximately two million ratings on Goodreads. The novel, which takes place in the fictional Middle-Earth, tells the story of Bilbo Baggins, his fellow hobbits, and a magic ring. Fans appreciate the epic’s customary themes of good versus evil, friendship, and forgiveness, but with a decidedly fantastical touch. Have you read these books everyone lies about reading? 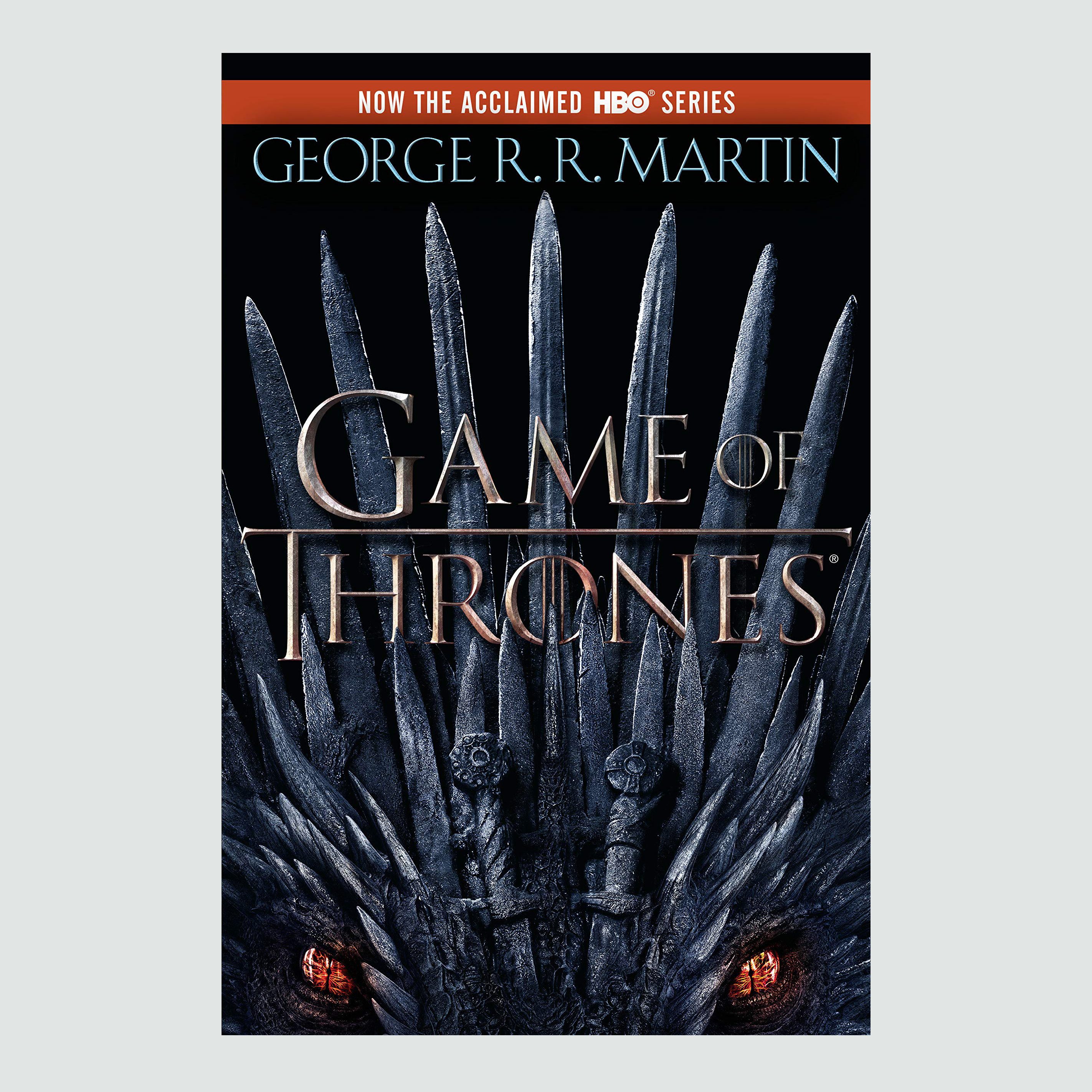 George R.R. Martin’s 1996 novel A Game of Thrones may be a blockbuster series on HBO, but it’s also one of the highest-rated books on Goodreads. With an average rating of 4.46 from 1.63 million ratings, the epic fantasy novel, which is the first volume in Martin’s A Song of Ice and Fire series, introduces the characters and families who will go to extreme lengths to achieve and maintain supremacy over the Seven Kingdoms of Westeros. GoT fans will definitely want to check out these other sci-fi epics to read. 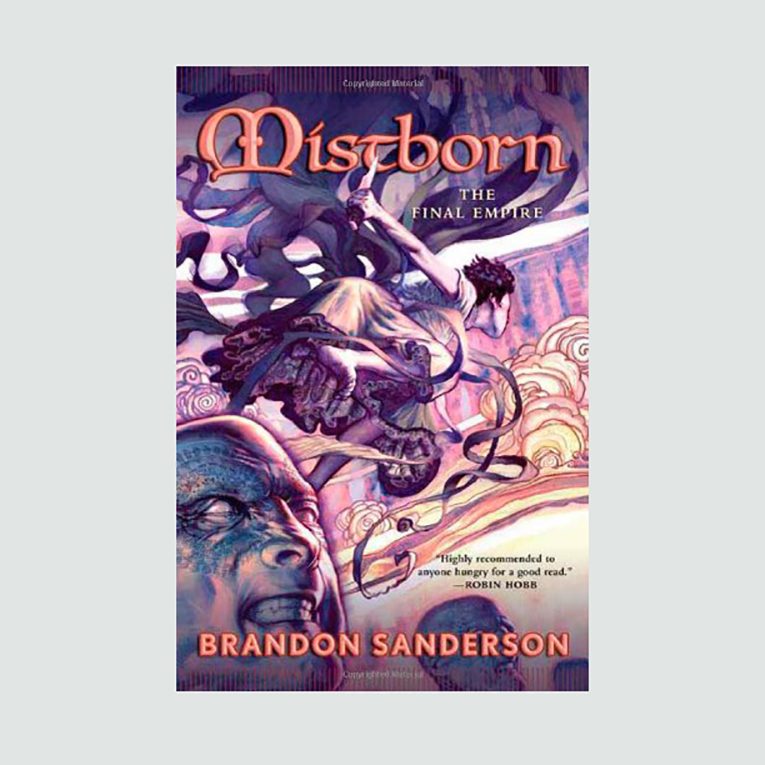 The first novel in the Mistborn series tells the story of Vin, a wary and abused orphan who lives in the streets of the dystopian world Scadrial. The reader follows Vin’s journey as she tries to develop her powers of metabolizing metal, aka Allomancy. The book has an average rating of 4.50 from around 370,000 ratings. 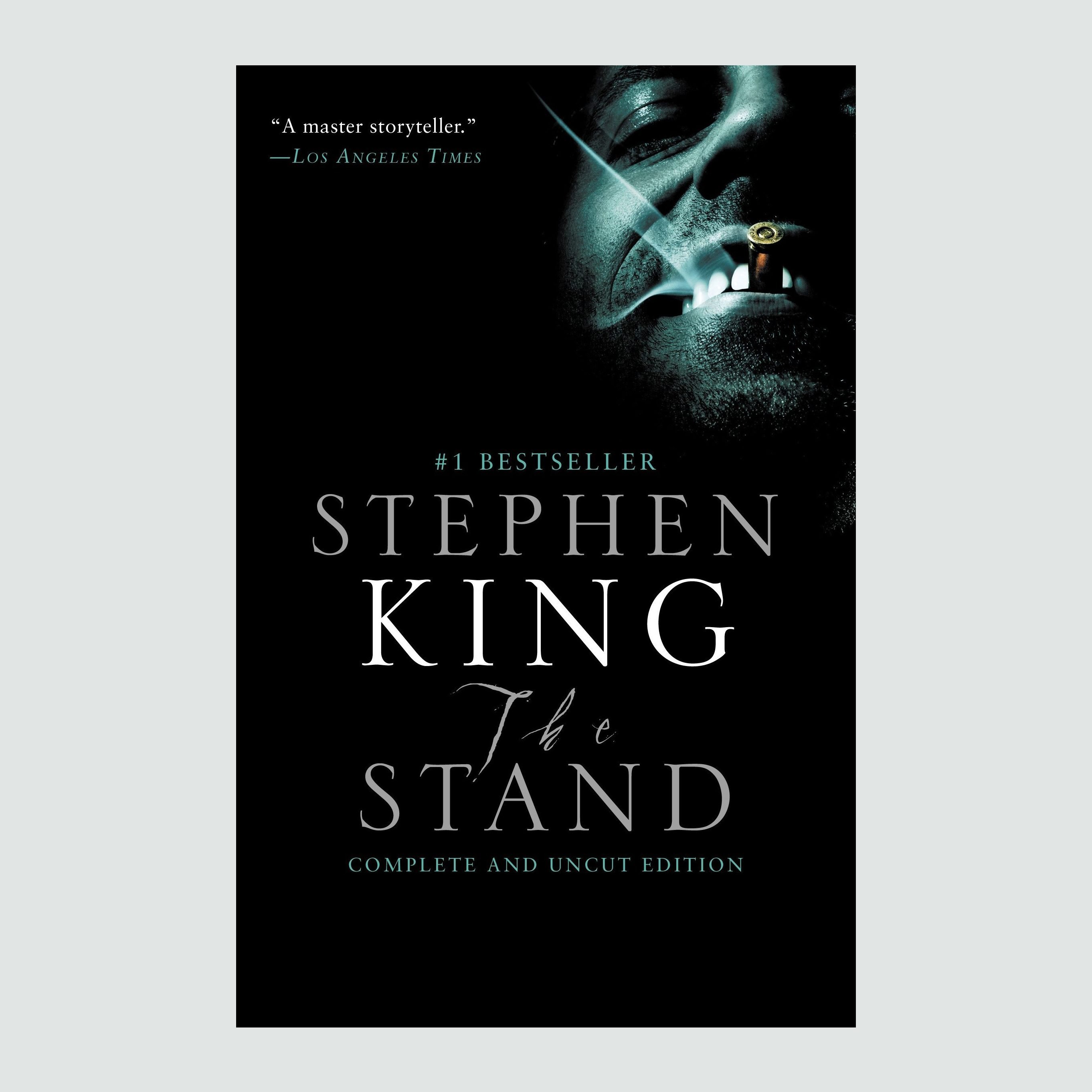 From the master of horror novels, this novel tells the story of the end of the world which occurs due to a simple computer error. First published in 1978, The Stand is considered to be one of Stephen King’s finest works. The result? A bleak new world stripped of its institutions and emptied of 99 percent of its people. The book has over 580,000 ratings an and average rating of 4.34. Did you know that Stephen King wrote some of the scariest novels of all time? 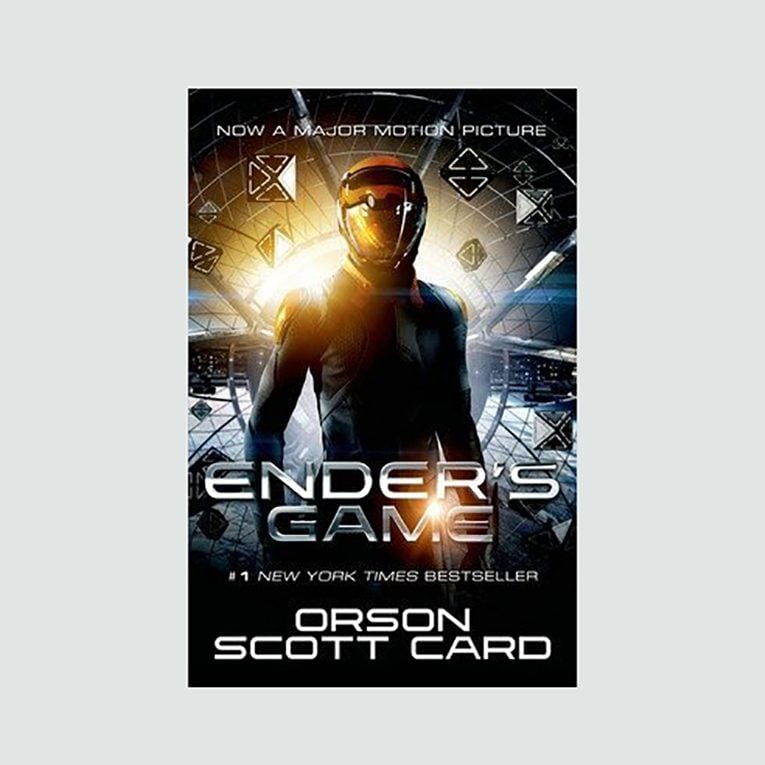 If you’ve ever worried you were stuck in a computer simulation, you might want to steer clear of this one. Andrew “Ender” Wiggin spends hours playing computer-simulated war games, each one harder than the previous ones. The disturbing reality is that the games he’s been playing since he was six years old are not actually games. Instead, Ender’s stuck in a military training experiment with seemingly no way out. The first book in the Ender’s Saga by Orson Scott Card, Stefan Rudnicki and Harlan Ellison has over a million ratings and an average rating of 4.3. If you’re not a fan of long novels, here are the best short books you’ll ever get your hands on. 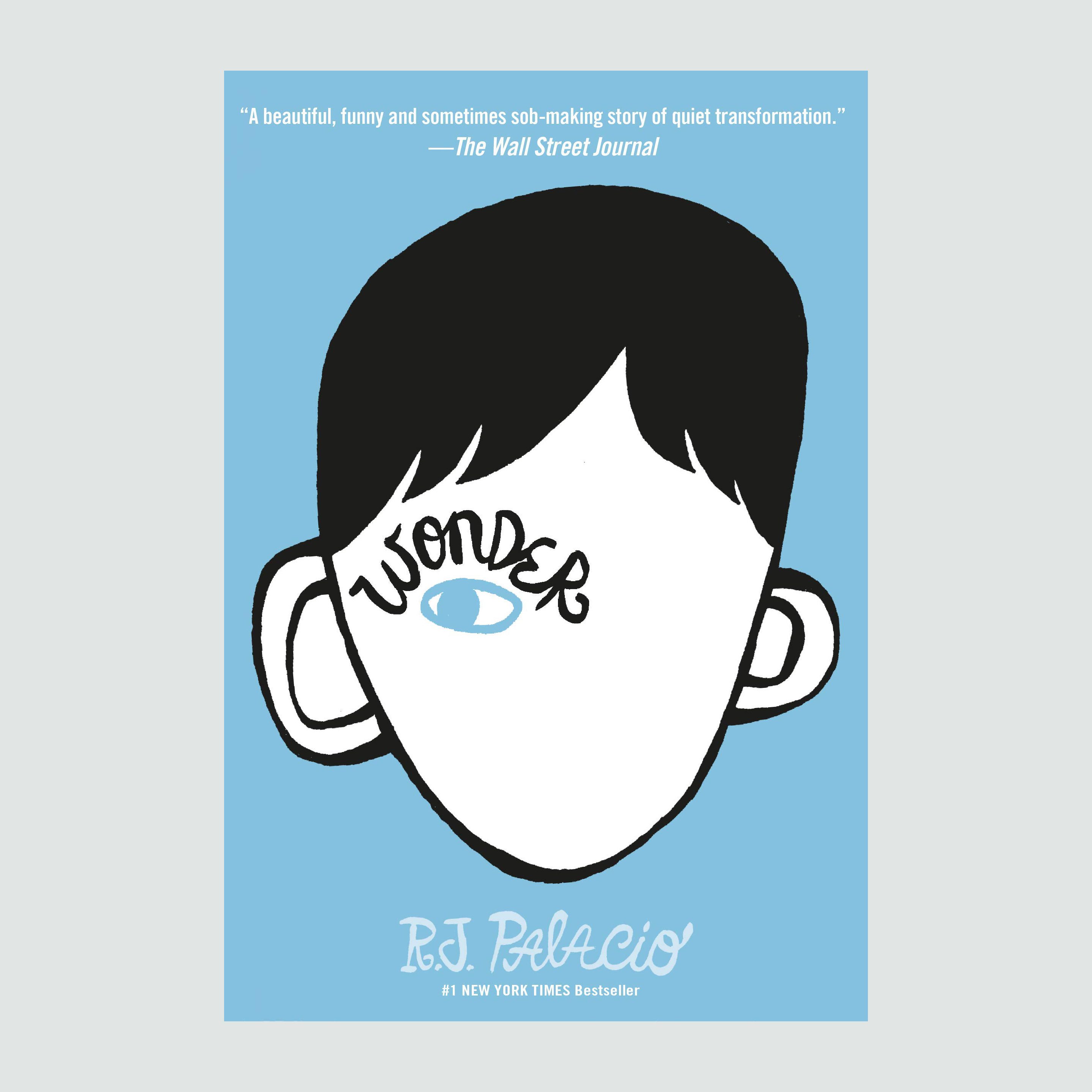 This 2012 young adult novel by R.J. Palacio tells the story of August Pullman, a 12-year-old boy who was born with severe facial birth defects, causing strangers to gasp with shock at his appearance. The novel follows Auggie as he enters public school for the first time and chronicles his journey as he attempts to overcome the shame he’s been burdened with his entire life. One of the most adored books on Goodreads, it enjoys a 4.45-star average from more than 543,000 ratings. 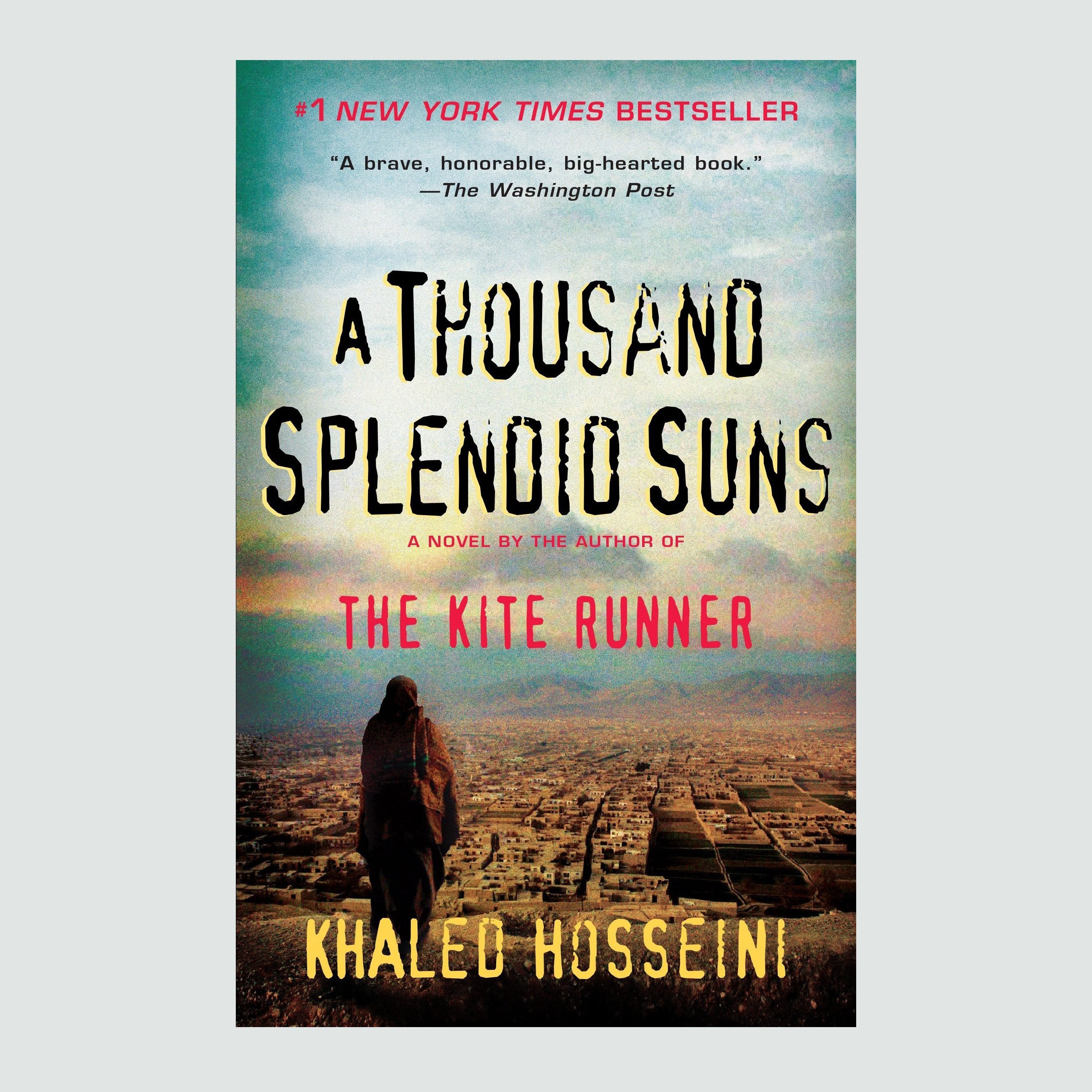 Khaled Hosseini’s wildly successful second book, after he made a name for himself with The Kite Runner, has an average rating of 4.35 from more than 964,000 ratings. Published in 2007, the book tells a tale of violence and unrest in Afghanistan over the course of 30 years from the points of view of two female characters. Reviewers rave about the book on Goodreads, calling it an “extraordinary and contemporary” book full of “intense beauty and strength.” 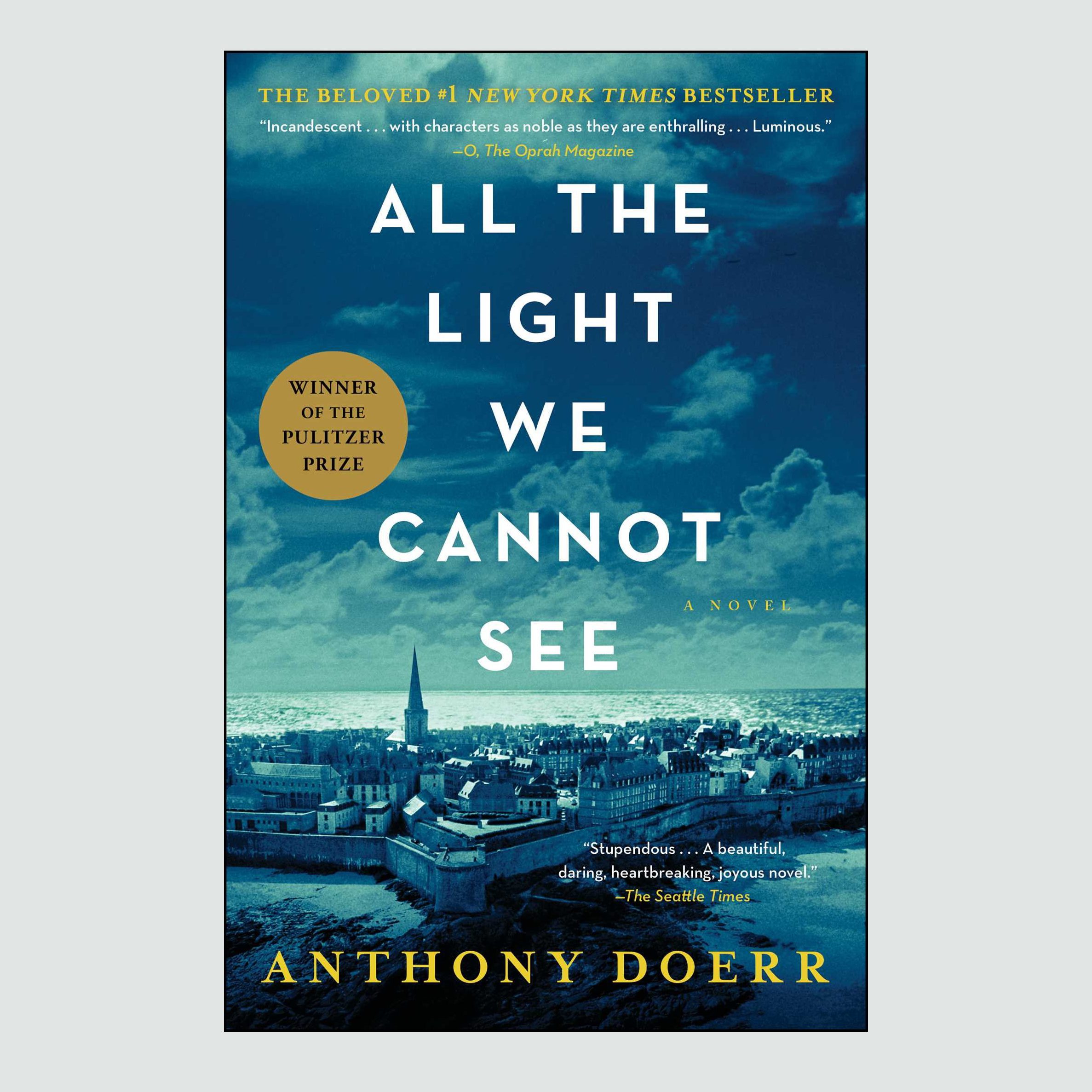 All the Light We Cannot See

This 2014 Pulitzer Prize-winning novel by Anthony Doerr is one of the most beloved books on Goodreads. With a 4.3 average from more than 720,000 ratings, the book tells the story of a blind French girl and a scientifically gifted German orphan boy who find their way to each other during World War II. Goodreads reviewers heap effusive praise on the book, calling it “hauntingly beautiful,” “deeply moving,” and “enthralling.” It’s also one of America’s 100 favorite novels—find out the other top reads. 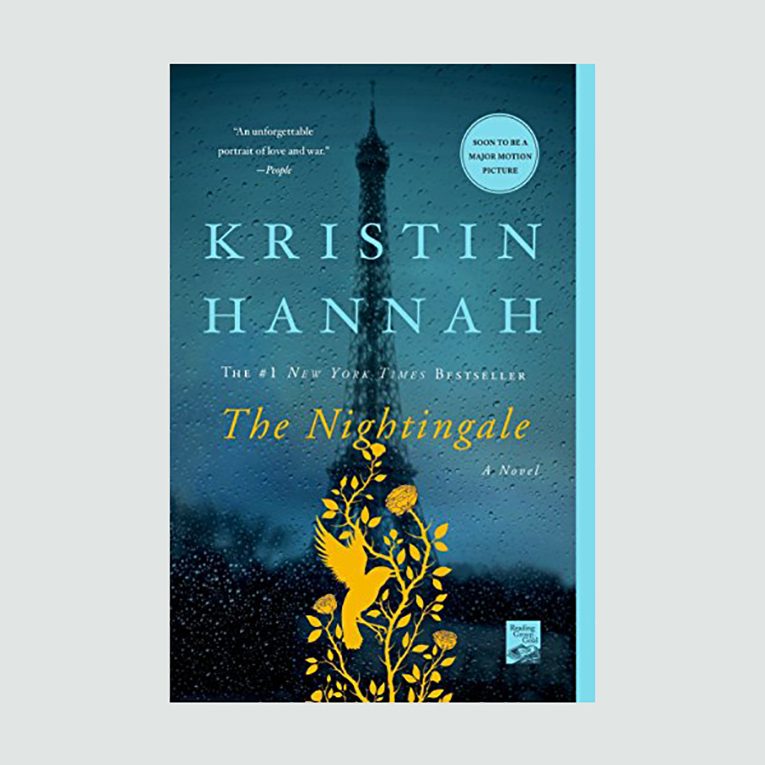 In this war novel set in 1939s France, bestselling author Kristin Hannah captures WWII from a different angle. Rather than focusing on the usual heroes of the war, Hannah instead focuses on the women and how they helped the resistance against Nazi forces. The reader follows two sisters who are vastly different but at the same time, very similar in how resilient they are. The novel has over 600,000 ratings and an average rating of 4.57. If you enjoy books with strong female heroines, make sure you give these books a read as well. 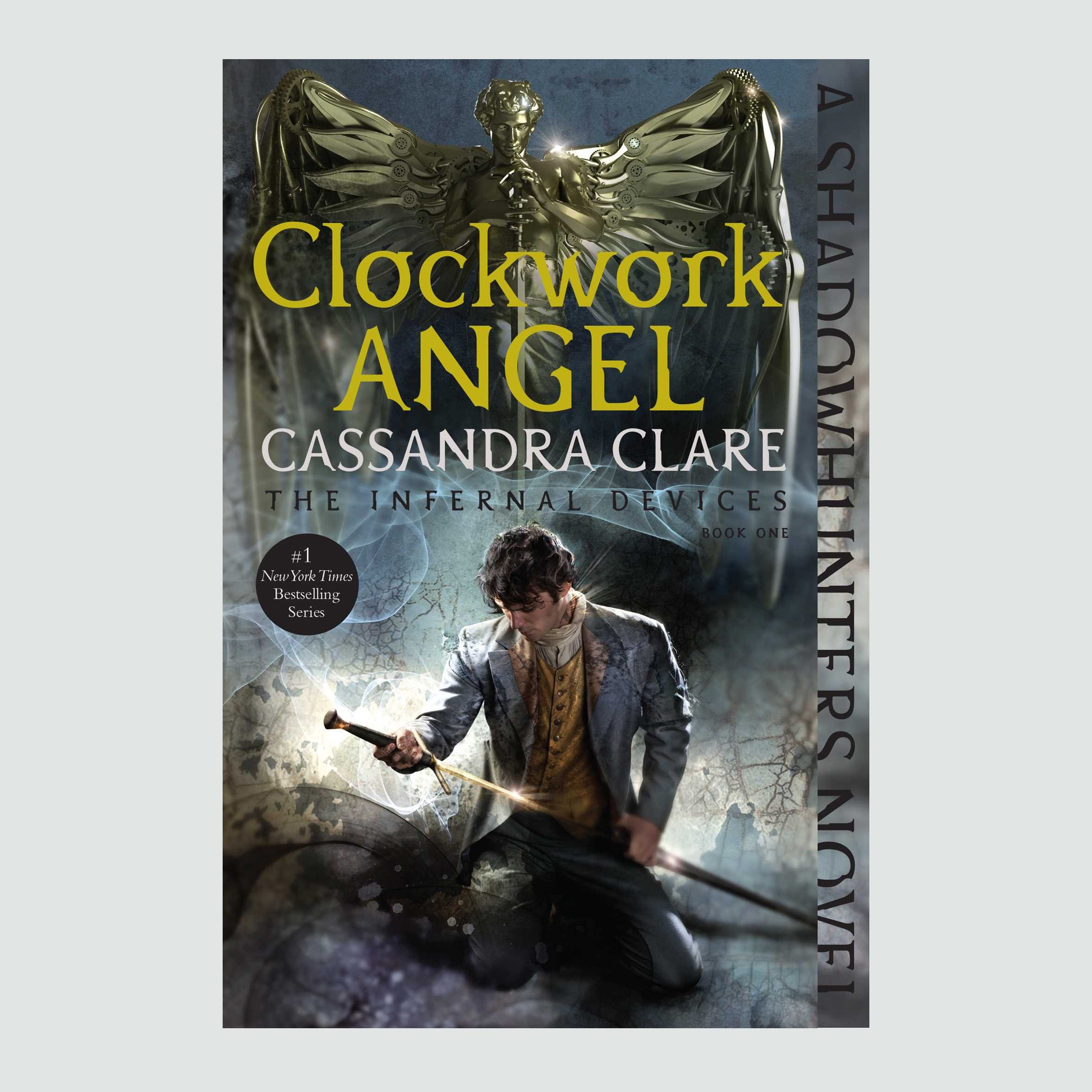 Cassandra Clare’s bestselling 2010 young adult novel Clockwork Angel is the first volume of her Infernal Devices trilogy, which is also part of her larger Shadowhunters series. The supernatural series is set in 1878, where 16-year-old Tessa, upon arriving in London to find her brother, is kidnapped by two evil sisters. Later, a group of rescuers called the Shadowhunters is tasked with saving her. Fans swoon over the historical romance, which averages 4.3 stars from more than 574,000 ratings—one reader even claimed she “shivered with excitement” while reading it. 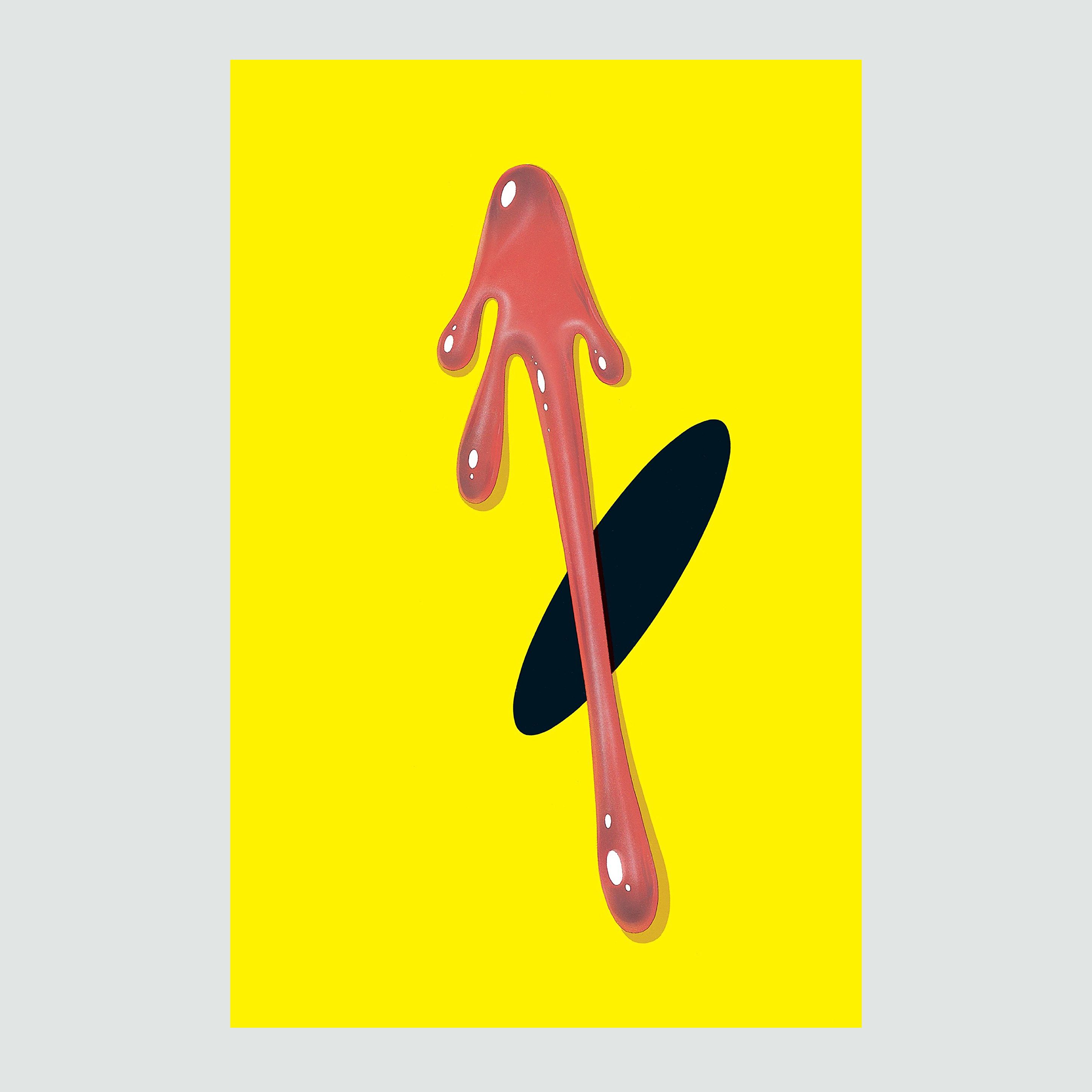 Called “one of the most influential graphic novels of all time” on Goodreads, this comic book, which was originally published in 1987, is still captivating readers. With a 4.3 rating from more than 441,000 ratings, the DC Comics book tells the dark story of a group of superheroes who aren’t as “super” as we think—in fact, they have flaws just like us. Watchmen is revered by old and new readers alike, and numerous Goodreads members consider its writer Alan Moore to be the greatest graphic novelist of all time. 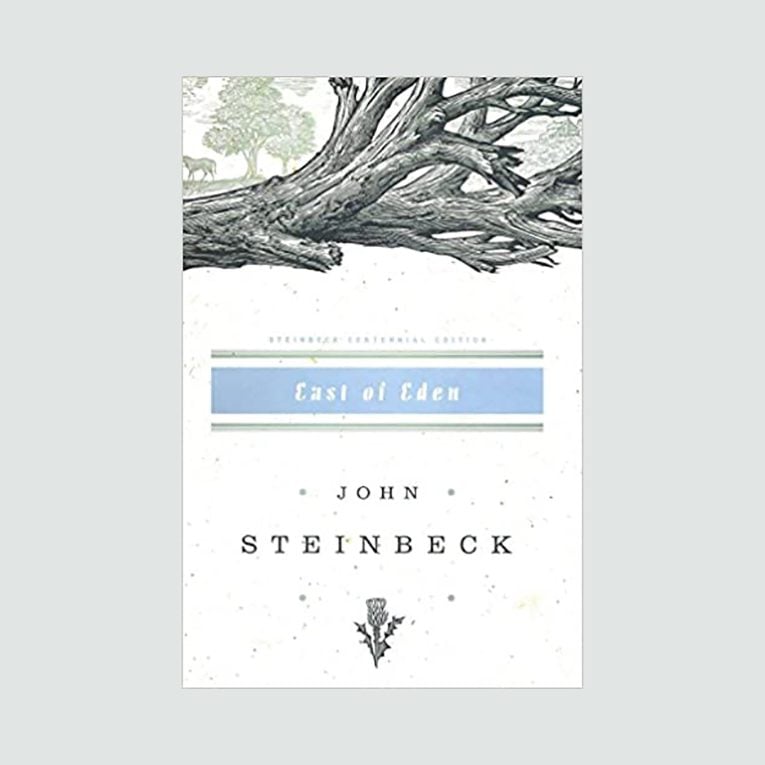 Set in Salinas, California, East of Eden tells the story of the tumultuous relationship between two brothers, Adam and Charles Trask. With its themes of jealousy, betrayal, and innocence lost, it’s considered John Steinbeck’s masterpiece; nearly 70 years since it was first published, the 1952 novel remains one of the highest-rated books on Goodreads. It’s been rated more than 368,000 times, with an average of 4.36. Goodreads reviewers call it “vividly painted,” “thoughtful,” and “John Steinbeck at his sharpest.” 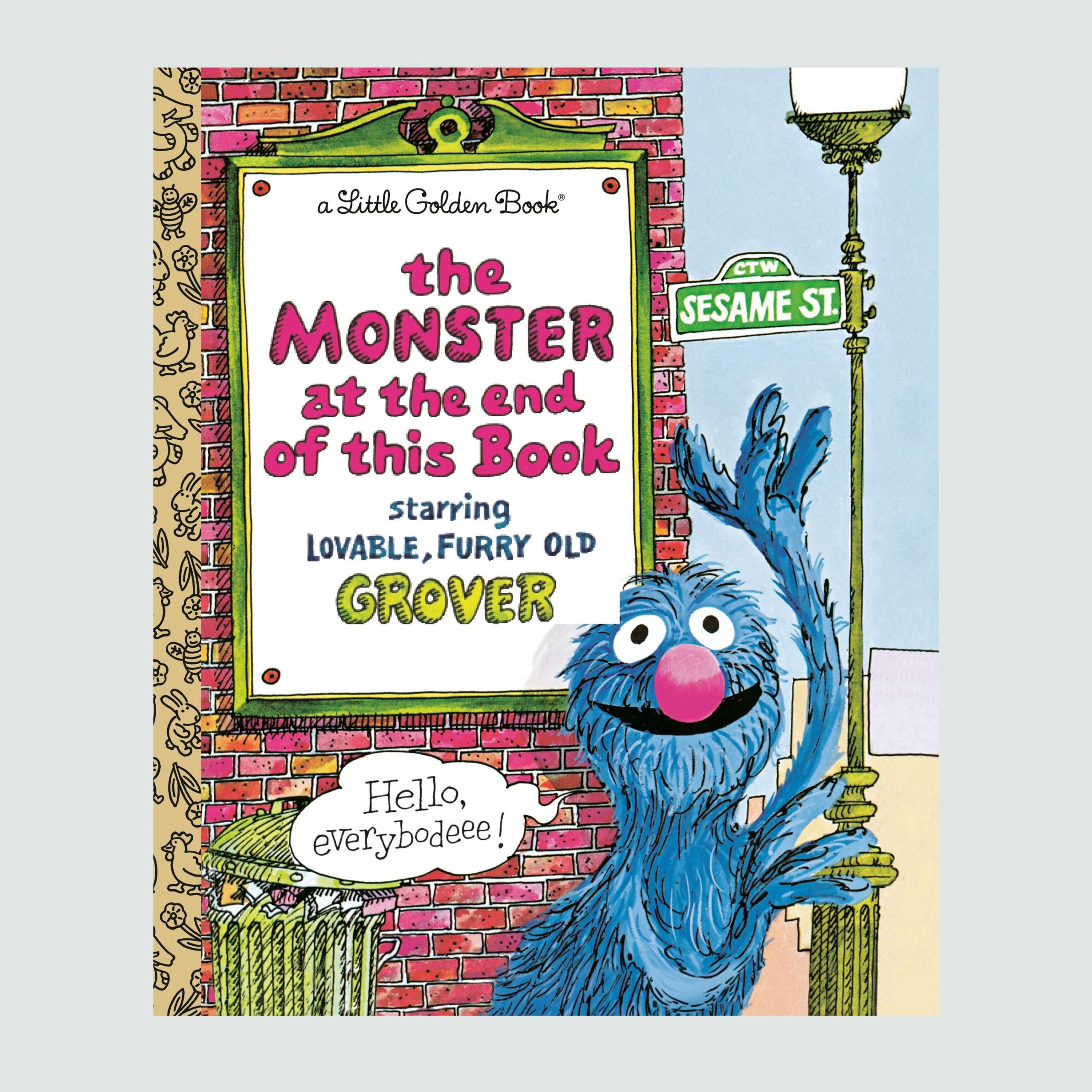 The Monster at the End of This Book

Yes, this is a kid’s book—but it doesn’t mean it’s not worthy of recognition. This book has taken generations of kids on a light-hearted journey with their furry guide Grover. Grover keeps begging them not to turn the page, as there is a monster at the end of the book. But who might that monster be? Next, check out the most iconic book in every state.