These photos provide a whole new glimpse at Notre Dame Cathedral, the Statue of Liberty, and more.

We’ve seen the finished products in photos, movies, pop culture, and maybe even in person, but these goliath landmarks all started as nothing more than an idea. These photos show that in-between stage as these works of art, and historical and cultural landmarks are raised and brought to completion. The history behind now-iconic spots is fascinating, just like these photos showing what famous landmarks looked like 100 years ago. 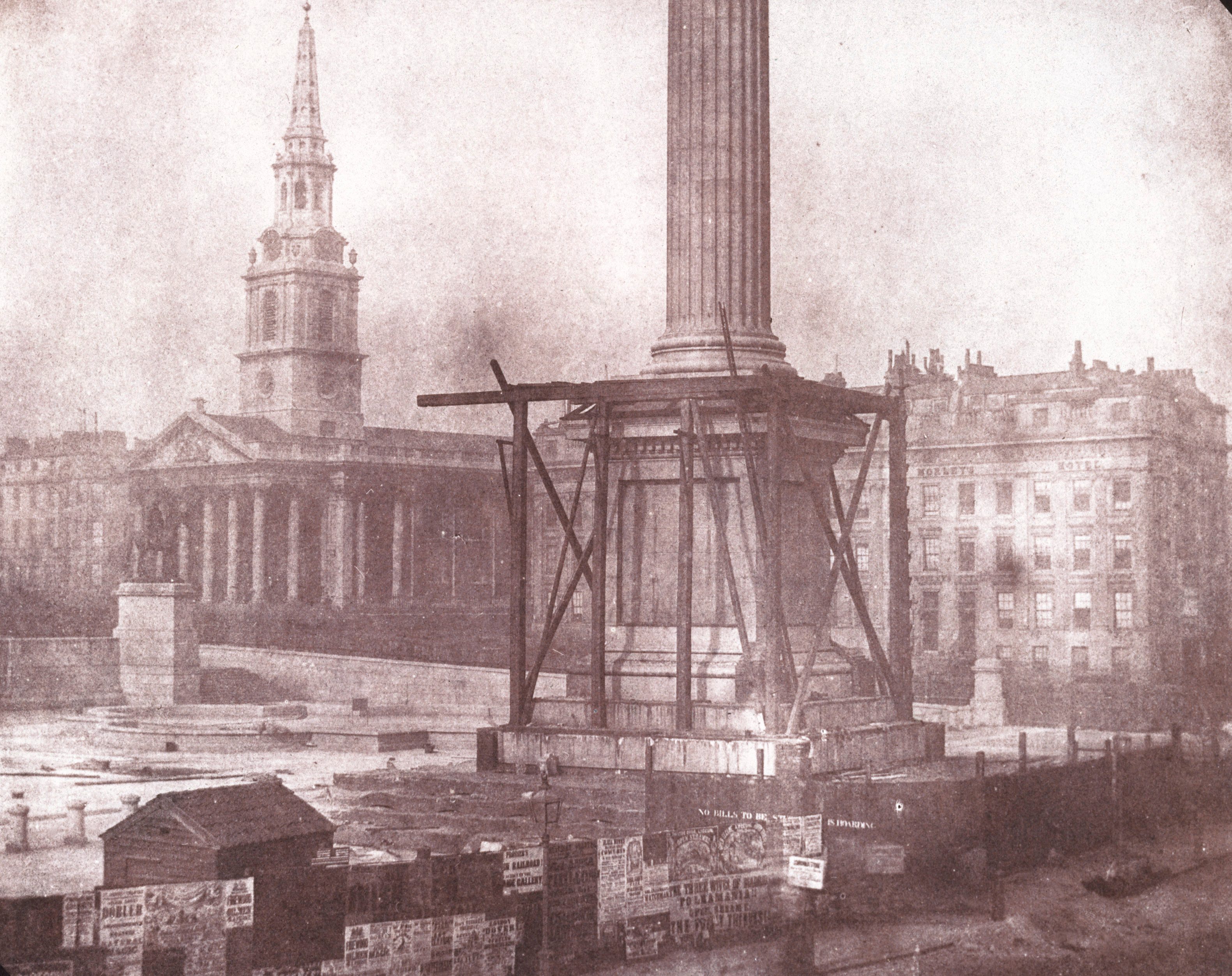 This image shows Nelson’s Column, one of the most recognizable aspects of London’s Trafalgar Square in the first week of April 1844. The photo, taken by William Talbot, may look like a shot of work being actively completed, but in reality, funds had temporarily run out for the building committee that had taken on the project and all work was halted at this stage as the government took over the project.

Construction began in 1806 on one of the most famous landmarks in Paris, the Arc de Triomphe, to glorify Napoleon’s grand army. Forward progress was halted in 1815 at the fall of the Empire but began again nearly a decade later. Construction was often put on hold as revolutions and uprisings began and ended in 19th-century France, but the building was officially consecrated on December 15, 1840, when Napoleon’s hearse passed underneath the arch on the way to his final resting place. The monument has undergone construction many times through the years and this particular photo was taken in July 1919 as the statue for French soldiers lost in World War I was constructed in the hollow of the famous archway. Take a look at what the Arc de Triomphe and four other famous landmarks almost looked like.

This image from the 1930s depicts workers using axes and drills to build “via dell’Impero,” the road that stretches straight through Rome from the Piazza Venezia to the Colosseum. This project finished in 1932, and the road may have been renamed “via dei Fori Imperiali”, but otherwise it stayed much the same and is still used to this day by locals and tourists alike.

La Sagrada Familia, or The Sacred Family, is a massive Roman Catholic cathedral located in Barcelona Spain. Construction began in 1882 and the church remains unfinished to this day. This photo shows the progress made by 1887, but while it is used as a functional place of worship, construction continues, funded largely by donations made by visitors and the public. Current estimations guess that it may finally be finished by 2026.

Construction work began on the Eiffel Tower in January 1887 and was completed on March 31, 1889. Going from start to finish in barely over two years, this construction was considered record-breaking in many ways. This monument is well-known to many people, but did you know that the Eiffel Tower, along with these 12 other landmarks, has a secret room?

Statues of Luang Pu Thuat are scattered throughout Thailand, but none equals this one’s magnitude. This statue, located in Southern Thailand, depicts the revered Buddhist monk and is flocked to by locals and tourists alike. This statue is a place of worship for the Buddhist people, and as such, both worshipers and visitors are encouraged to abide by a more conservative dress code.

The original plans for Mount Rushmore included full-body carvings and a different lineup of the four presidents featured. However, budgeting and constraints with the existing rock face left the designer and sculptors with the necessity for a few last-minute changes. Seeing the etching of our 14th  president this close is quite striking, but these 11 famous landmarks, including Mount Rushmore, look completely different from a distance.

The Sydney Harbour Bridge was built in 1923. Not everyone was happy about construction when it started, as the company that oversaw the bridge’s building demolished an estimated 469 buildings on either side to create the foundations and surrounding infrastructure necessary.

The five-year construction of the Golden Gate Bridge ended in 1937, revealing one of the most iconic landmarks on the West Coast. But did you know that one of the original proposals was to build an underwater tunnel instead, to direct vehicle traffic underneath the boats? The famous San Francisco Bridge is one of the iconic American landmarks that almost didn’t exist!

The Notre Dame de Paris, or Our Lady of Paris, is an iconic landmark in the heart of Paris. Originally built between 1163 and 1345 A.D., this building has been restored and reconstructed numerous times. This image shows the restoration of damage in the mid-1940s after the cathedral withstood four days of relentless attack by the German forces, as it was being used as the center for the French Resistance against the Nazis.

After the fires at Notre Dame on April 15, 2019, a devastated world worked tirelessly to fund repairs needed to the iconic landmark. Despite arguments over the particulars of the rebuild, construction began again in fall 2019. This photo was taken in February, as the massive building project continues. Experts estimate that this project will not be done until 2040 at the very earliest, though likely much, much later than that.

This statue had a long life well before it was installed on Liberty Island. It was displayed in pieces during the World’s Fair in Paris in 1878 and didn’t even make its way to the United States until 1885. Additional construction has been done on the statue numerous times since then, but this image shows the scaffolding that went up during a two-year restoration project that began in 1984. As famous as it is, the Statue of Liberty isn’t New York’s claim to fame in the list of the most historic landmarks in every state—that honor goes to another island very close by.

The Gateway Arch is synonymous with the city of St. Louis. Shown here as it nears completion in 1965, this monument will gain six more feet in height when the final pieces are put in place over the next few days after this shot, bringing it to a grand total of 630 feet.

Big Ben, the emblematic clock on the north end of Westminster Palace, was originally completed in 1859. This rendering from 1855 shows the staging for the new bridge, as well as the shell for what will become St. Stephen’s Tower (eventually renamed “Big Ben”) undergoing work in the background. It’s incredible to see how far it’s come! Big Ben and these 24 other historic landmarks look even prettier covered in snow.