13 Holiday Classics That Originally Bombed at the Box Office

Home Alone and The Polar Express may be among our favorites, but not every holiday movie starts as a smash hit. 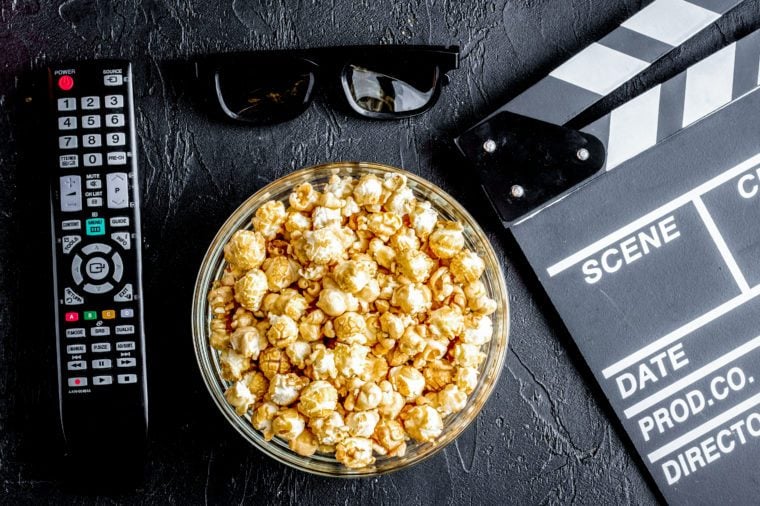 While holiday movies are a beloved part of family movie nights these days, some flicks weren’t that well-received when they first landed in theaters. Read through to see which classics had rocky starts. 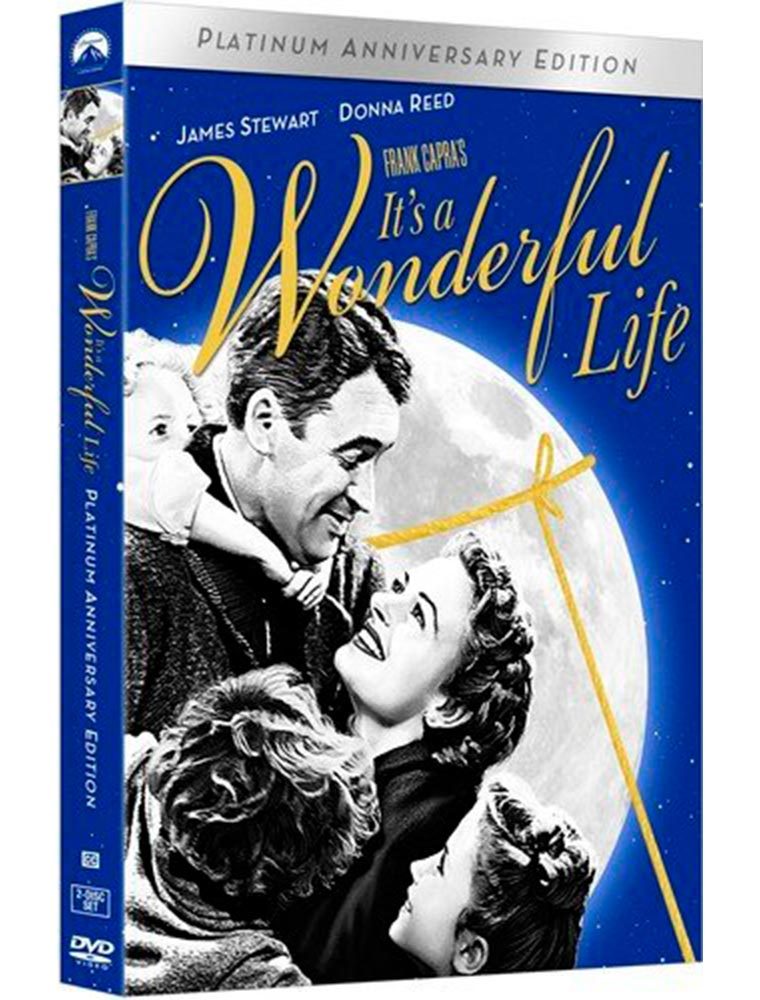 Year after year, we swoon over that dashing, conflicted George Baily… but when It’s a Wonderful Life debuted in theaters in 1946, it actually lost over half a million dollars and, according to Richard Jewell and Vernon Harbin’s 1982 book The RKO Story, it nearly destroyed director Frank Capra’s career. Not even James Stewart could save this one. Here are the top movies of all times to get you in the Christmas spirit. 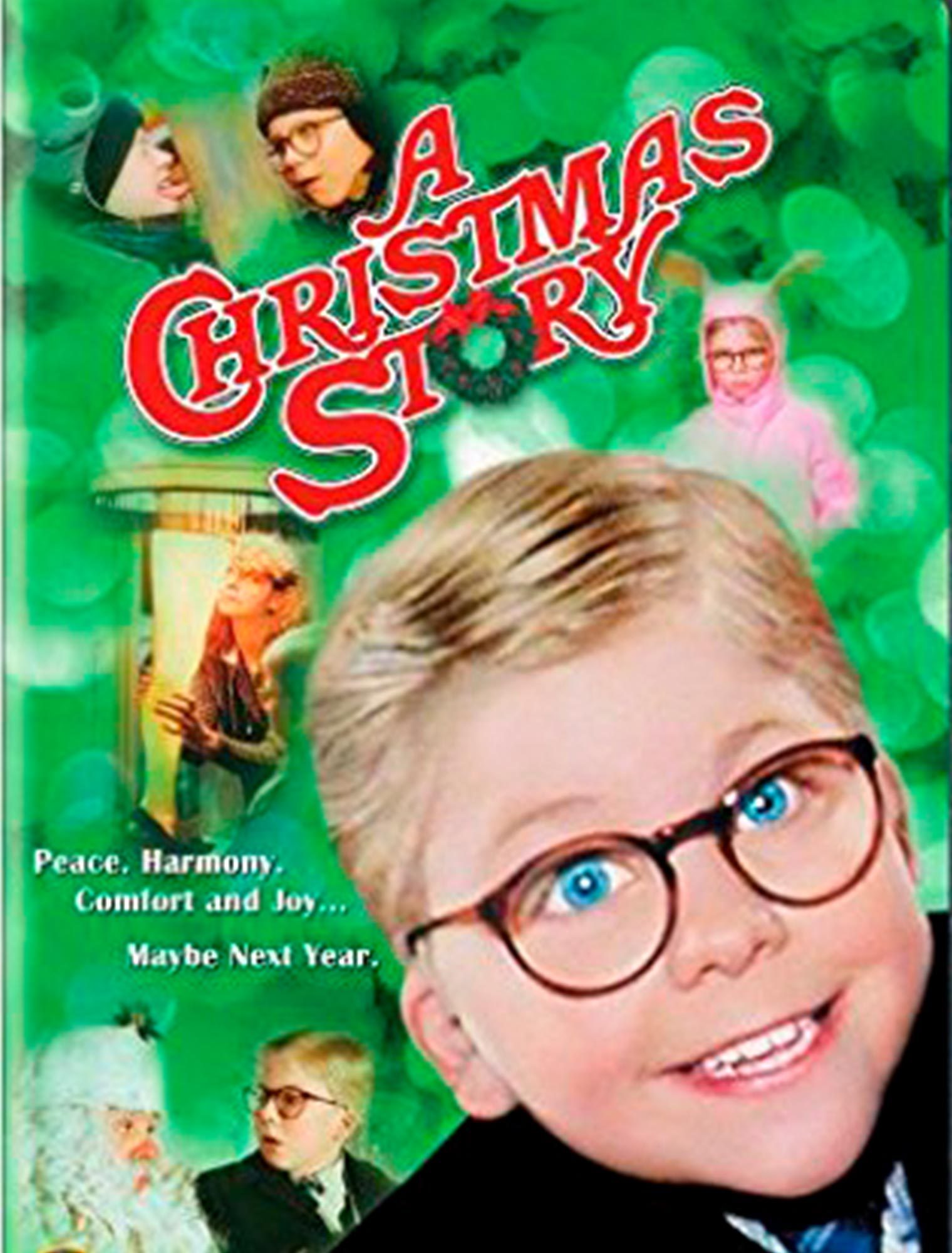 This classic Christmas movie was also a classic “sleeper film” earning only $2 million opening weekend, probably because it opened a week before Thanksgiving in 1983, according to the New York Times, who suspect its release was a bit off-season for the film’s title. Just think: now you can buy your own leg lamp any day of the year. Need more? Here are 10 things we bet you never knew about the movie A Christmas Story. 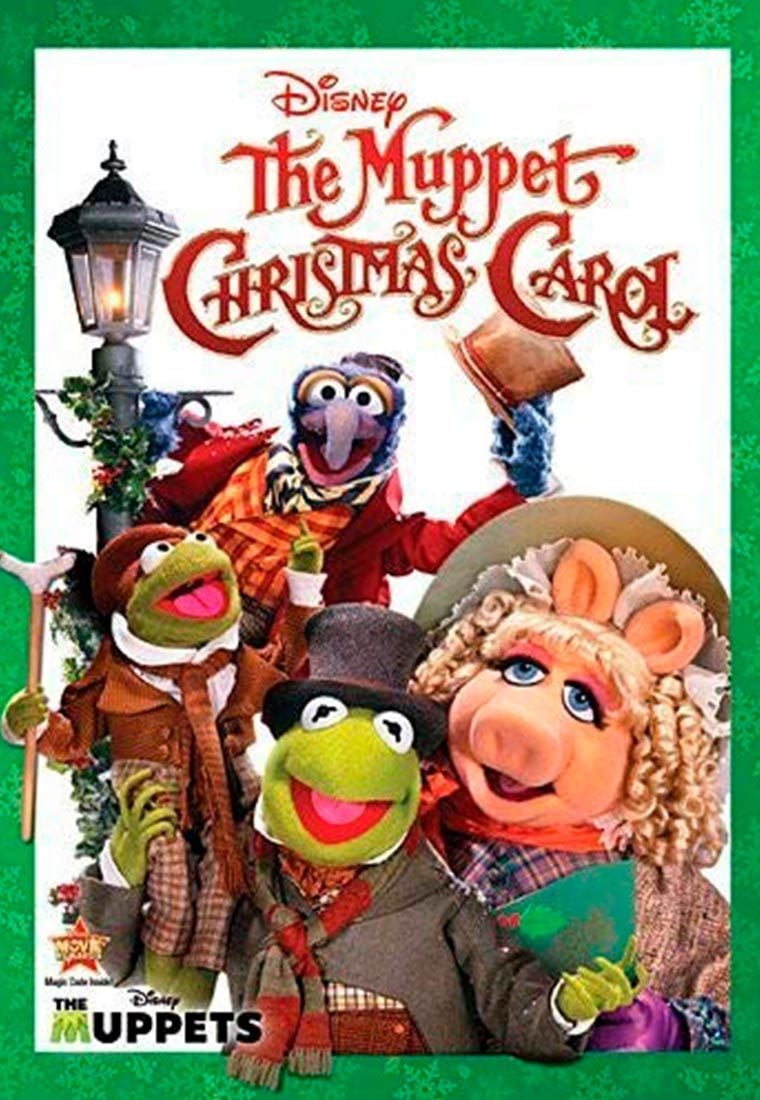 From Disney’s powerhouse studios came the world-famous Muppets, but also Aladdin. And as if that wasn’t enough competition, Home Alone 2: Lost in New York was also in theaters when The Muppet Christmas Carol was released in 1992. The film opened in sixth place, but the kids still love it. Here are 15 more of the best Christmas movies for kids. 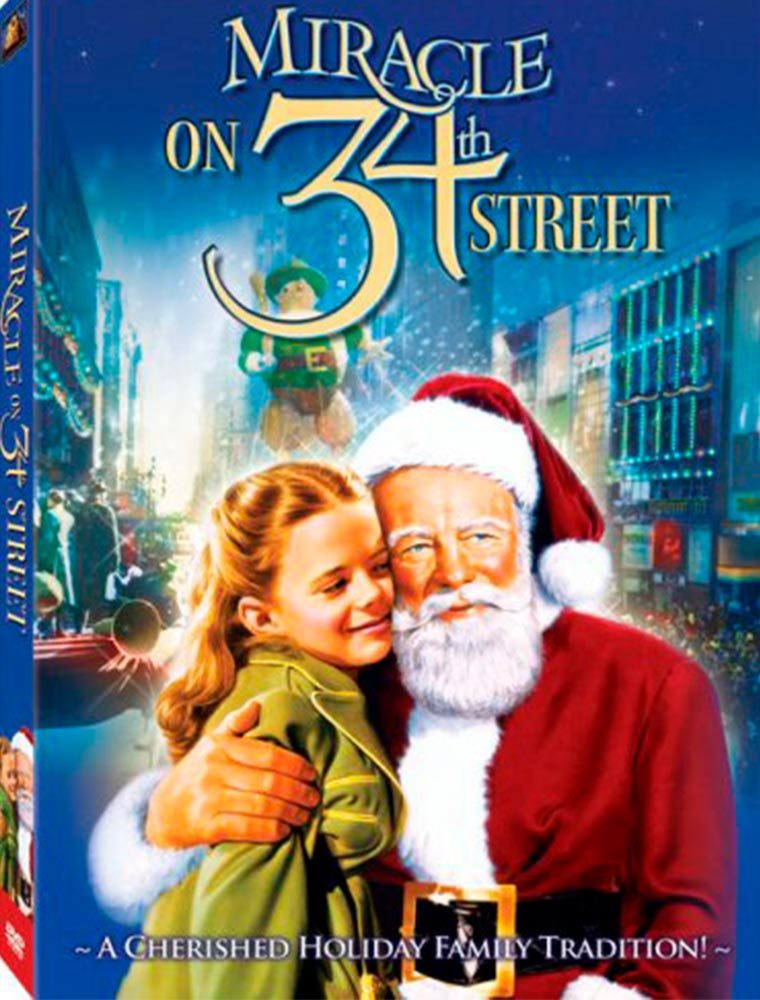 Our beloved Miracle on 34th Street brought in only $2.7 million. It probably didn’t help that it was released in 1947… in June. Sure, the studio may have tried to capitalize on better theater attendance in the summer months, but this is a film about Santa Claus, after all. 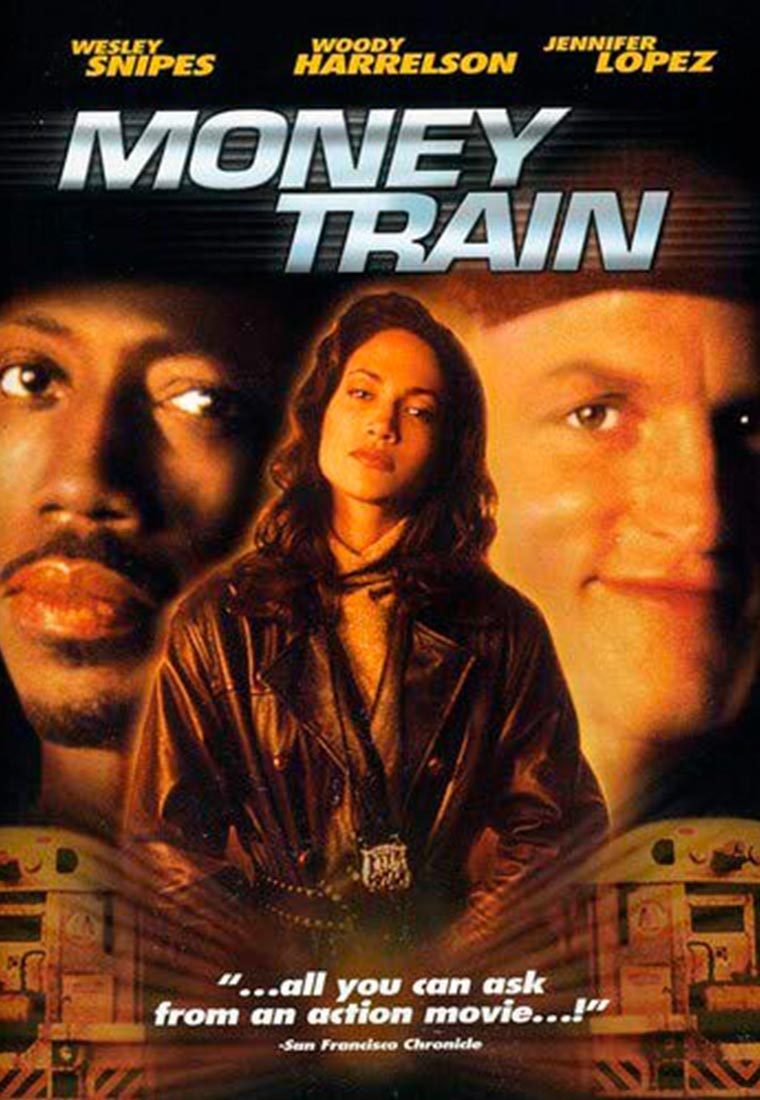 The best explanation for this 1995 box office failure is that it was just bad. Not only did USA Today call it a “bomb,” but Entertainment Weekly, The Washington Post, the Los Angeles Times, and Variety all had something to say about it, too. Oh, and there was speculation in the New York Times that this New Year’s Eve flick may have inspired “copycat” crimes of arson and theft in the subway. Yikes. If you like this one anyway, here are some other anything-but-traditional holiday movies we love. 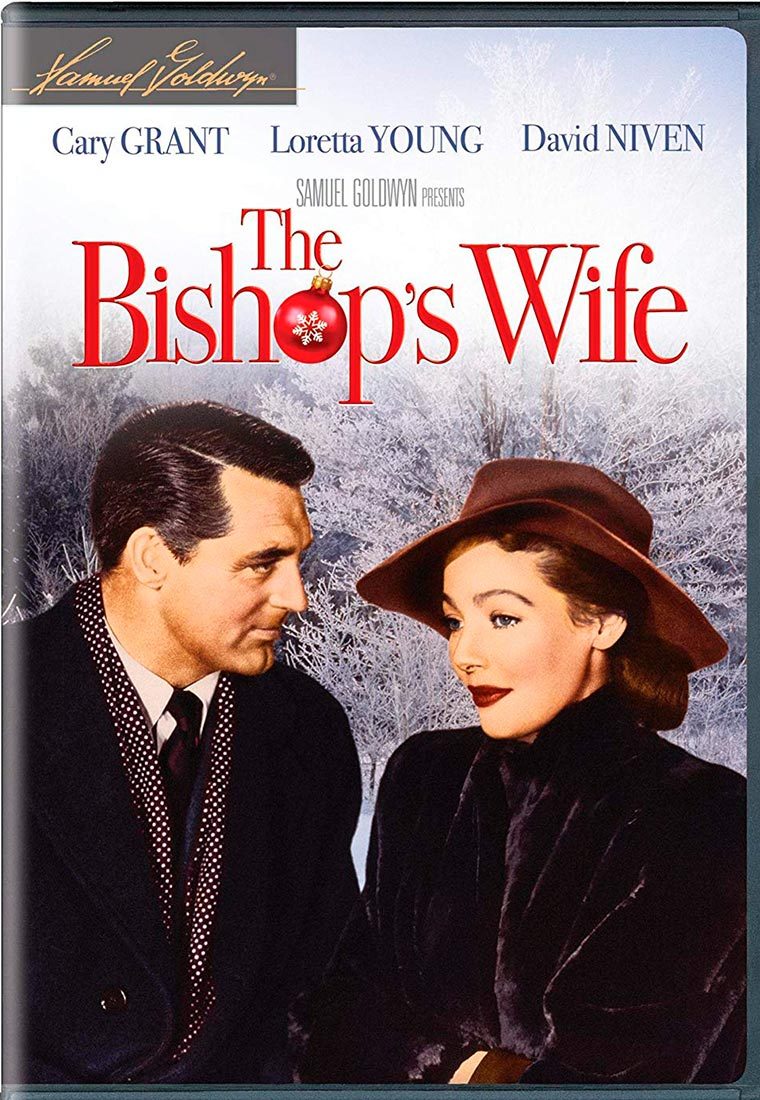 It stars Cary Grant. What’s not to love? According to producer Sam Goldwyn, it simply wasn’t obvious enough that he was the star of the film. He had all the movie posters updated with his first name in the title, Cary and the Bishop’s Wife, and reckons it “upped the film’s business as much as 25 percent” according to the Saturday Evening Post. Much better. 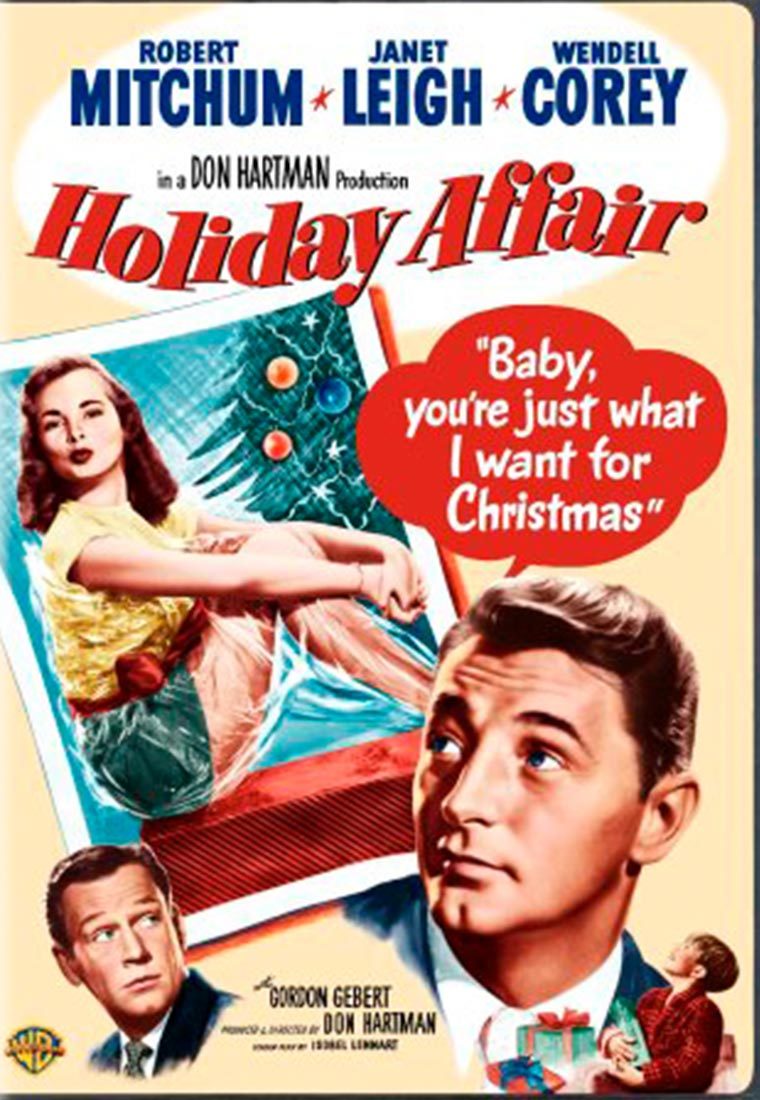 As if affairs aren’t sticky enough, Turner Classic Movies says the lead casting changed numerous times as filming approached. When star Robert Mitchum was ultimately selected for this 1949 flick, his name was already popular in headlines—about his recent arrest for marijuana possession. Whether due to the rushed production or the main actor’s bad press, the book The RKO Story revealed that the film actually lost $300,000. 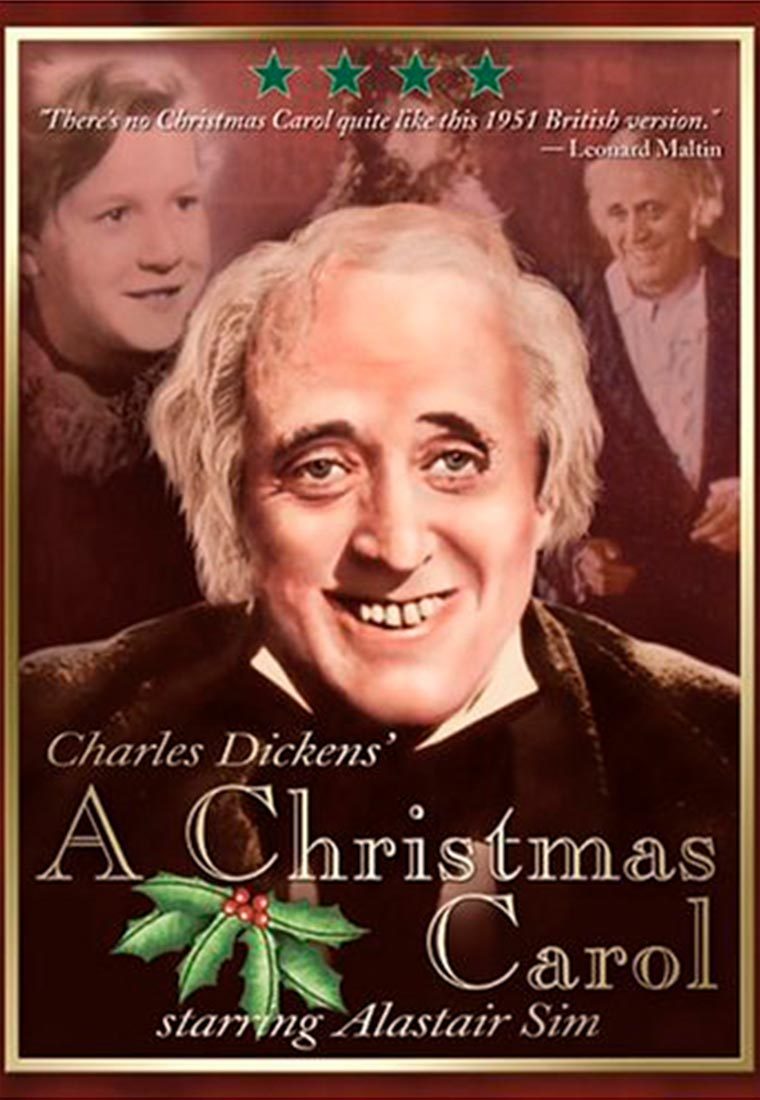 Originally released as Scrooge in the United Kingdom, where it actually did quite well, Turner Classic reports that its 1952 A Christmas Carol didn’t hold up in U.S. theaters. Maybe that’s because it came out on Halloween. It did gain popularity when it started airing on television a few years later, just like It’s a Wonderful Life, probably due to “the extraordinary talents of Alastair Sim.” Over 50 years later, the New York Times chief film critic A. O. Scott considered all film versions and declared this one “the best of them all.” Some of our favorite holiday movies actually started on television, like these 20 best Hallmark Christmas movies. 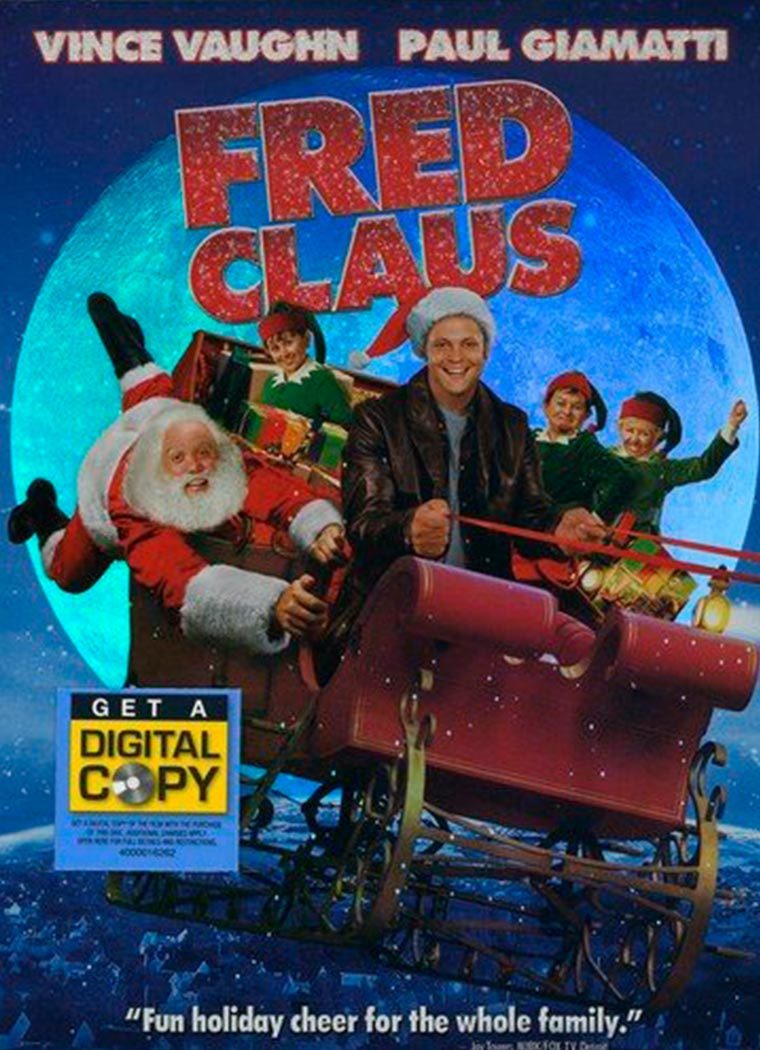 The production budget was $100 million. What did it bring in? Only $72 million. Ouch. Saint Nick’s sibling rivalry was a fun idea, but the 2007 film was just bad. Terrible reviews poured in from everywhere, including Entertainment Weekly, The Chicago Sun-Times‘s Roger Ebert, and the Hollywood Reporter, who wrote, “The film isn’t just not funny, it is off-putting.” 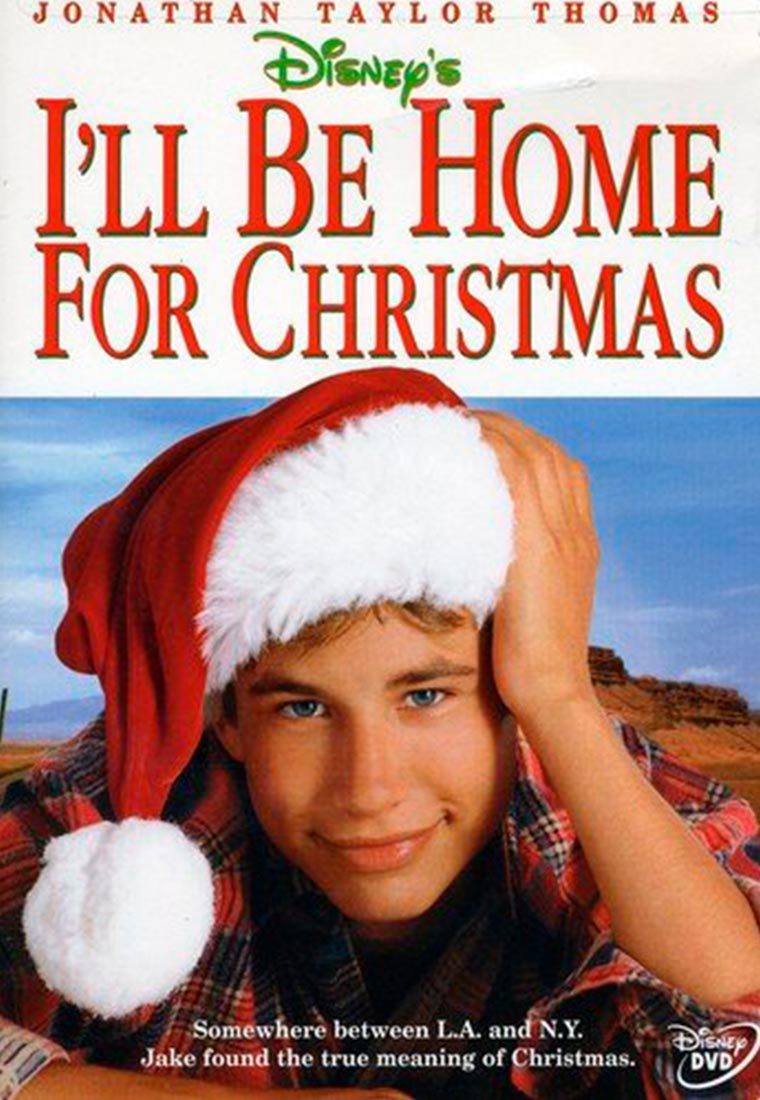 I’ll Be Home for Christmas

It was the late 1990s, and the movie starred American heartthrob Jonathan Taylor Thomas. What happened? The film’s $30 million budget only brought in $12 million. And the reason is probably that it was just that bad. Famed critic Roger Ebert gave it one star. Take our quiz to see if you can name the Christmas movie based on just one line. 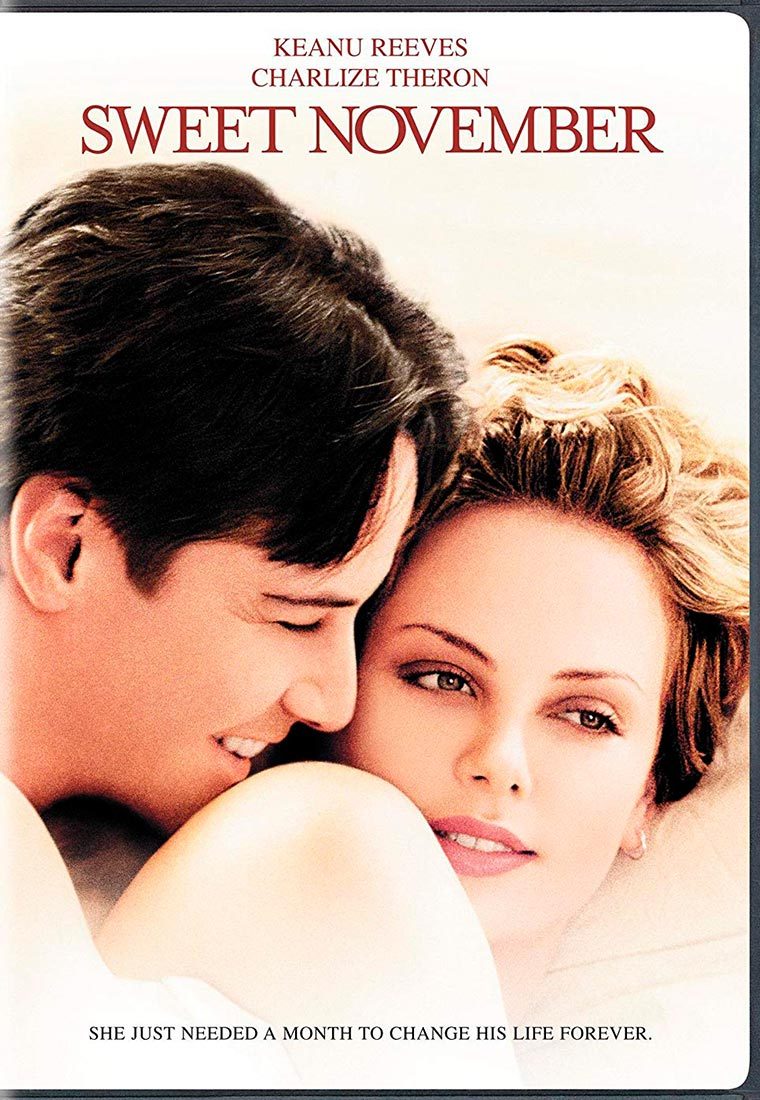 Keanu Reeves is an actor we love to hate, so we weren’t surprised that he starred in another notoriously bad film. But according to the Golden Raspberry Awards, it wasn’t entirely his fault. Sweet November was actually nominated for three awards in 2002: Worst Actor (Reeves), Worst Actress (Charlize Theron), and Worst Remake or Sequel. Winning is a good thing… except in this case. 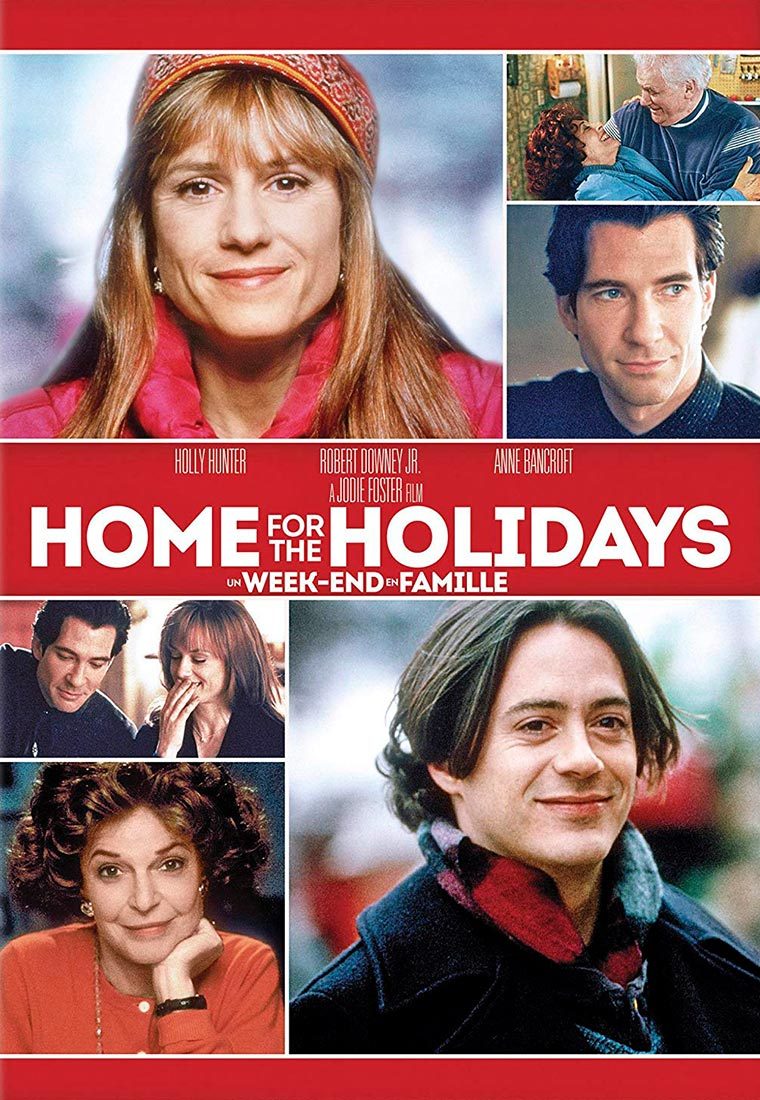 Home for the Holidays

This 1995 Jodie Foster film got mixed reviews that generally point to a sense of blah. Although USA Today was fairly generous, other critics disagreed. The Washington Post blames Robert Downey, Jr.’s performance. Rolling Stone blames the screenplay. What we know for sure is that the film didn’t even make enough to cover its budget. 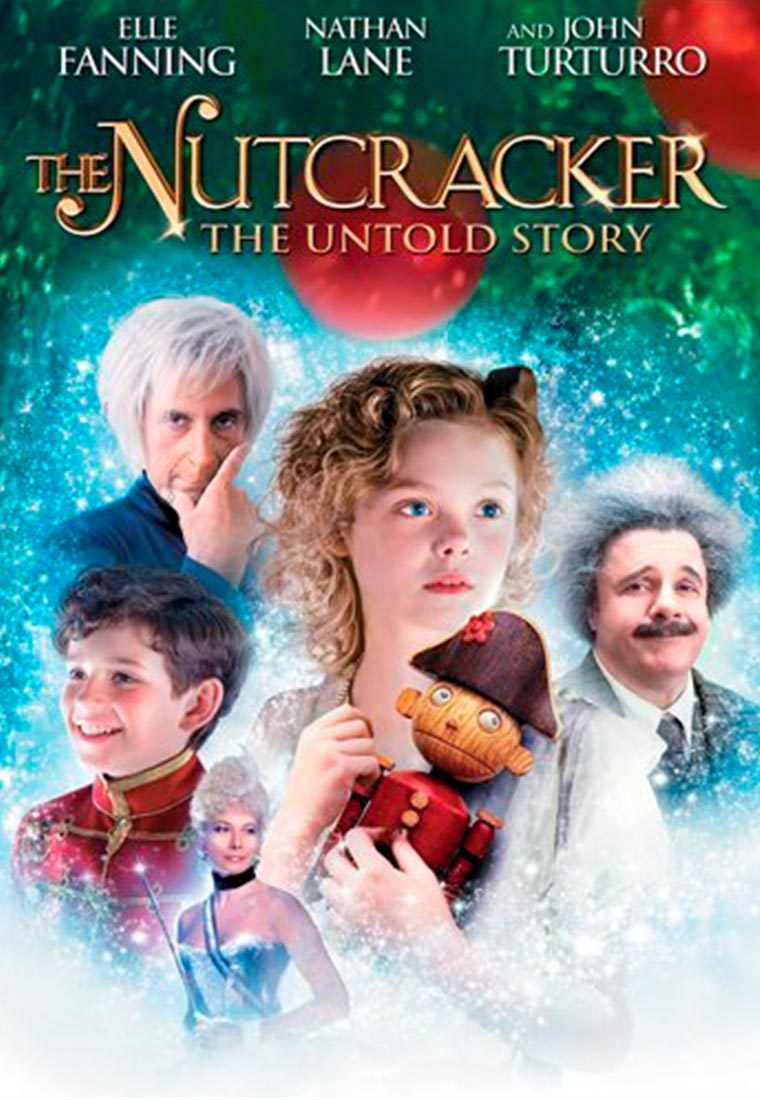 The Nutcracker in 3D

The name Nathan Lane on the movie poster should have had cash registers at ticket booths nation-wide singing, “Cha-ching!” Oh, and darling starlet Elle Fanning played Clara in the first Nutcracker to take advantage of those trendy 3D glasses. But with a production that cost a whopping $90 million, the puny box office receipts of the 2010 flick just didn’t cut it. The film lost over $70 million. Next, don’t miss the 40 best Christmas movies of all time, ranked.