13 Holiday Foods That Aren’t Worth the Calories

'Tis the season to eat, drink, and be merry—with one caveat: Skip these holiday party foods that just aren't worth the sugar, calories, and pounds they'll pack on. 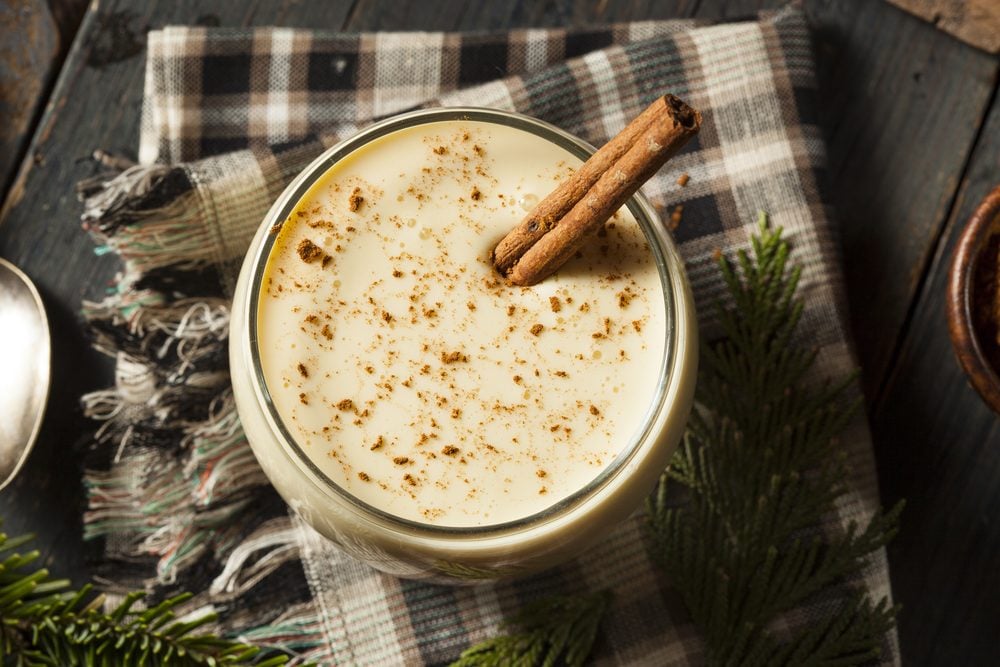 Eggnog is full of saturated fat, says Maya Feller, MS, RD, CDN of Maya Feller Nutrition. That’s mainly because it consists of whole milk and heavy cream. “It also serves up a good dose of sugar, as much as five teaspoons per one cup serving,” Feller adds. Instead of eggnog, she recommends an eggnog latte with a non-dairy base (like almond milk) and no added sugar. Check out more tasty holiday drink recipes here. 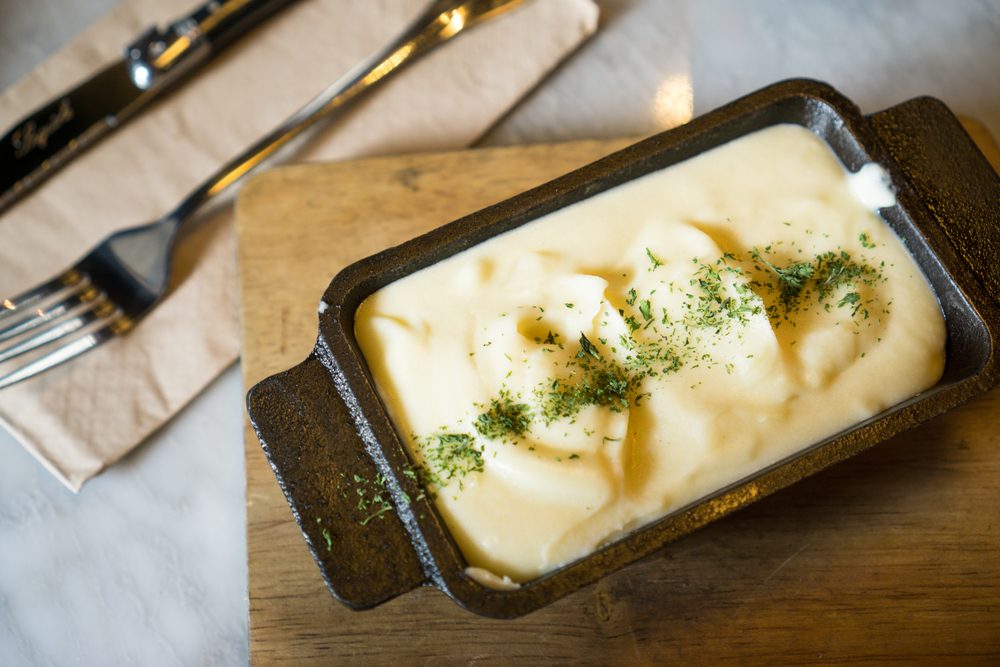 This one is a little confusing because, in their natural state, potatoes offer a good variety of nutrients, says Neda Varbanova of Healthy with Nedi, who has a master’s in food studies and is a certified culinary nutritionist, holistic health coach, and recipe creator. But mashed potatoes often come with butter, sour cream, and heavy cream, which adds too much saturated fat to the dish. Varbanova says to try cauliflower mash instead, using Greek yogurt in place of heavy cream and butter. 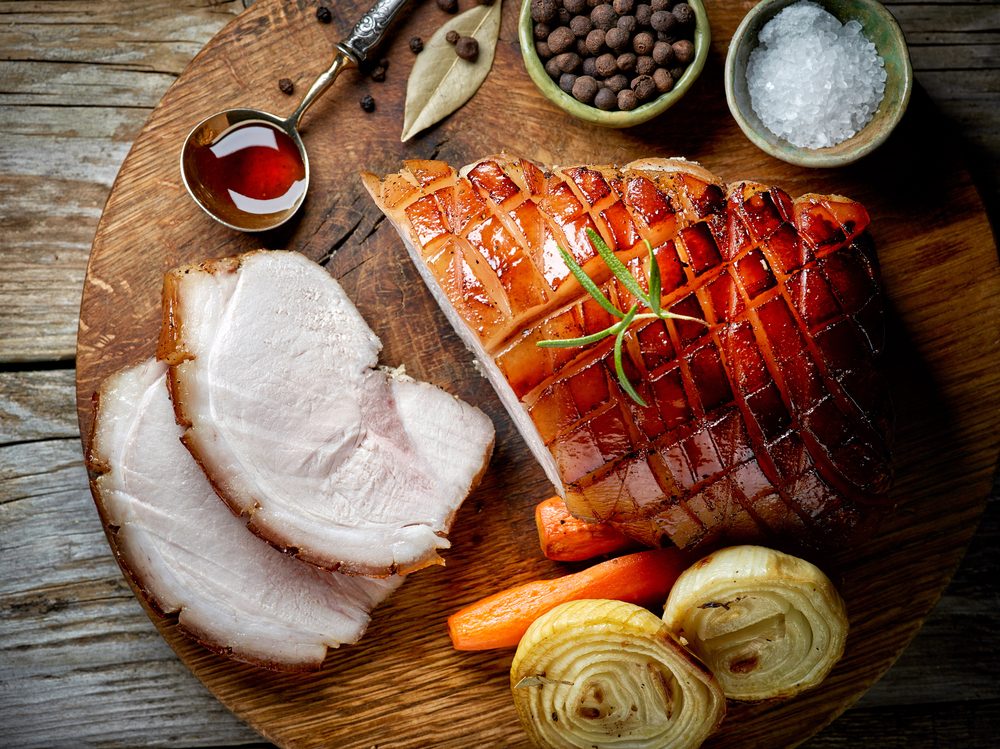 “Traditional glazed ham can be made with corn syrup, sugar, honey, butter and lots of salt,” says Feller. “One serving can contain as much as 1,230 mg, of sodium, and that’s almost half of your day’s allotment.” For a low-sodium swap, roast or slow cook a fresh pork butt and use vinegar in place of salt. Season well with garlic, onion, herbs, and even some fresh-squeezed orange juice for a hint of sweetness recommends Feller. Find out 15 ingredients nutritionists would never cook with. 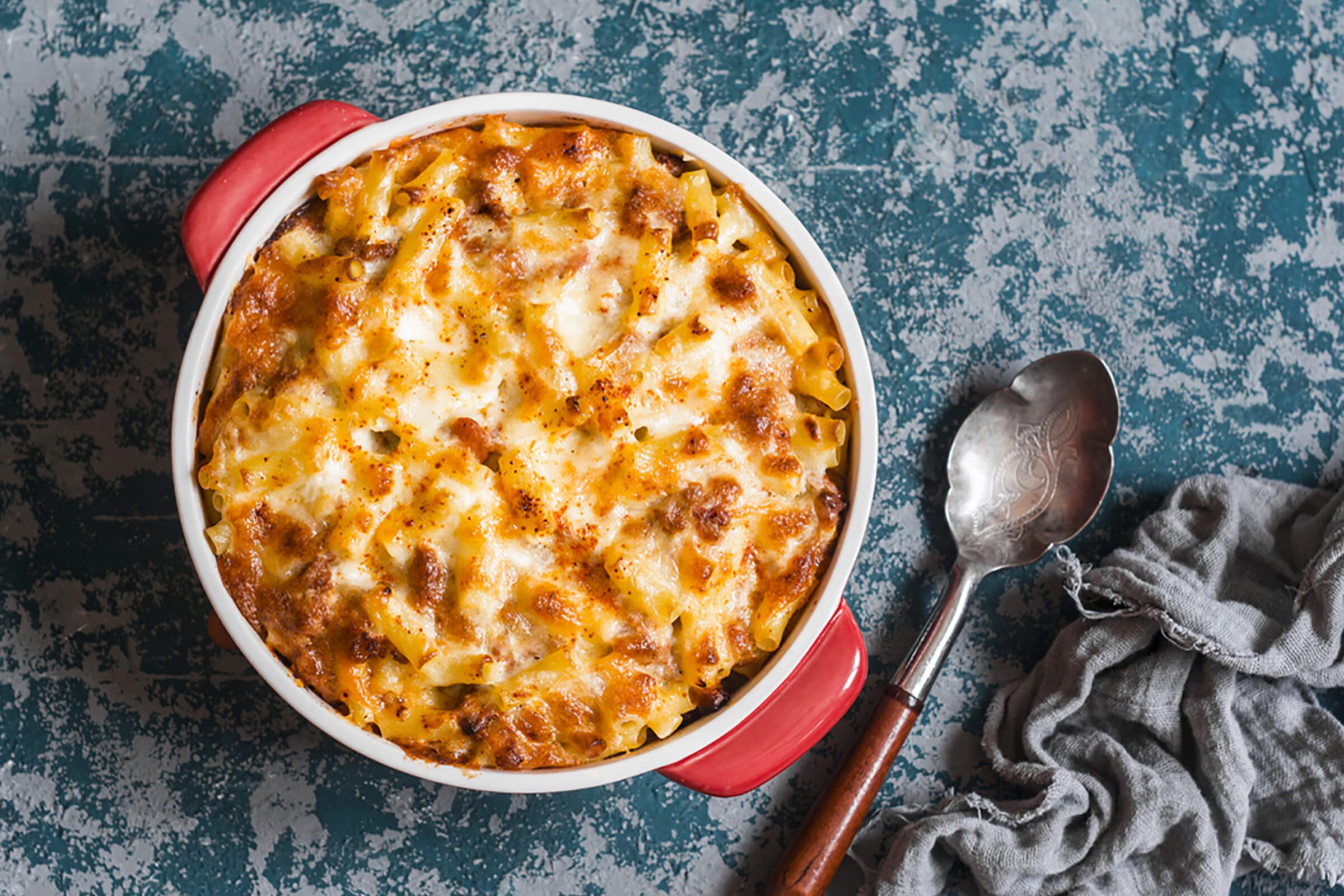 Even a small scoop of macaroni and cheese can clock an entire meal’s worth of sodium and calories, says Varbanova. “This is a zero-nutrition kind of dish and is full of ingredients that will leave you feeling bloated for the next few days,” she adds. Make pasta with a dairy-free sauce instead, such as a pureed butternut squash sauce. Check out 10 more healthy food swaps to try this season. 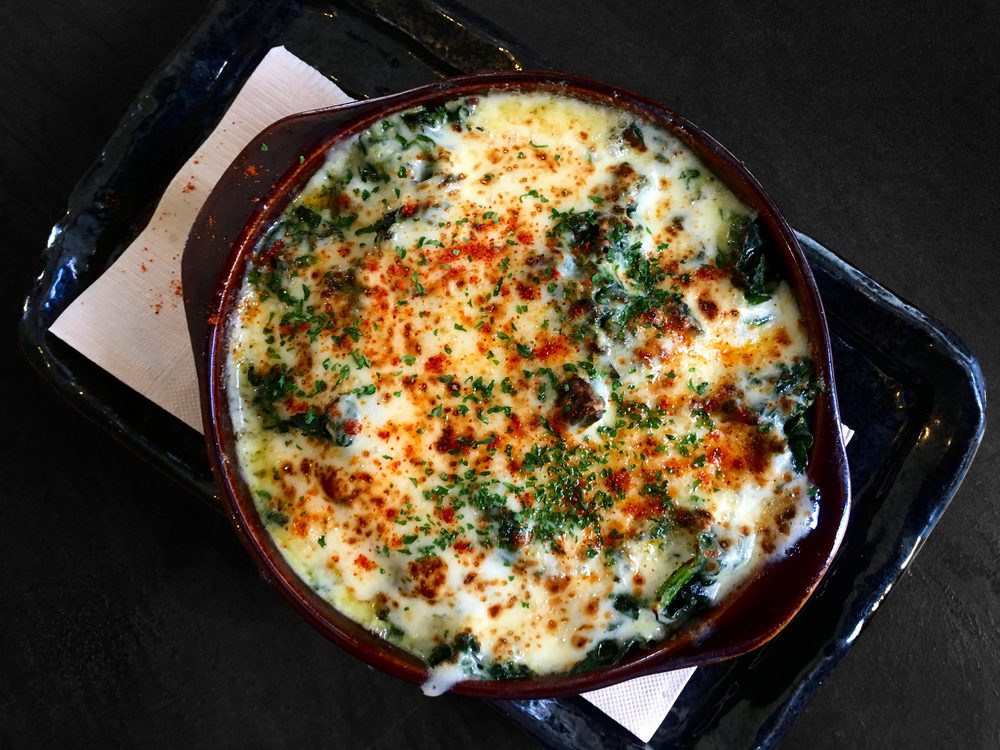 This common fixture on the appetizer tray can have up to 21 grams of saturated fat, surpassing the recommended daily amount for a healthy diet. Instead, says Feller, make the dip with frozen unsalted artichoke (or rinse the ones from a jar), and frozen, unsalted spinach. Swap the cream cheese and mayo for plain 2 percent yogurt and reduce the portion of cheddar and Parmesan by half. Now you can have your dip and eat it too. 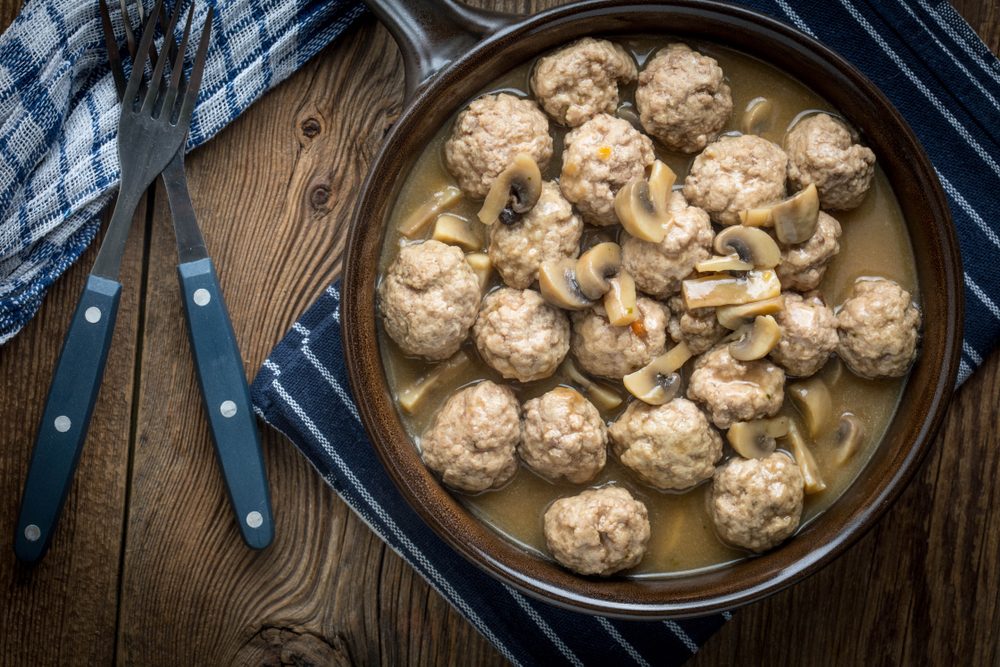 According to the U.S. Department of Agriculture (USDA), one cup of store-bought Swedish meatballs can have more than 400 calories. Made with butter, cream, white bread, and salty broth, they might look friendly from a portion control standpoint, but popping even a few of these can do more damage than it’s worth. You’re better off serving real meatballs with fresh ingredients. Check out 21 Christmas appetizers everyone will love. 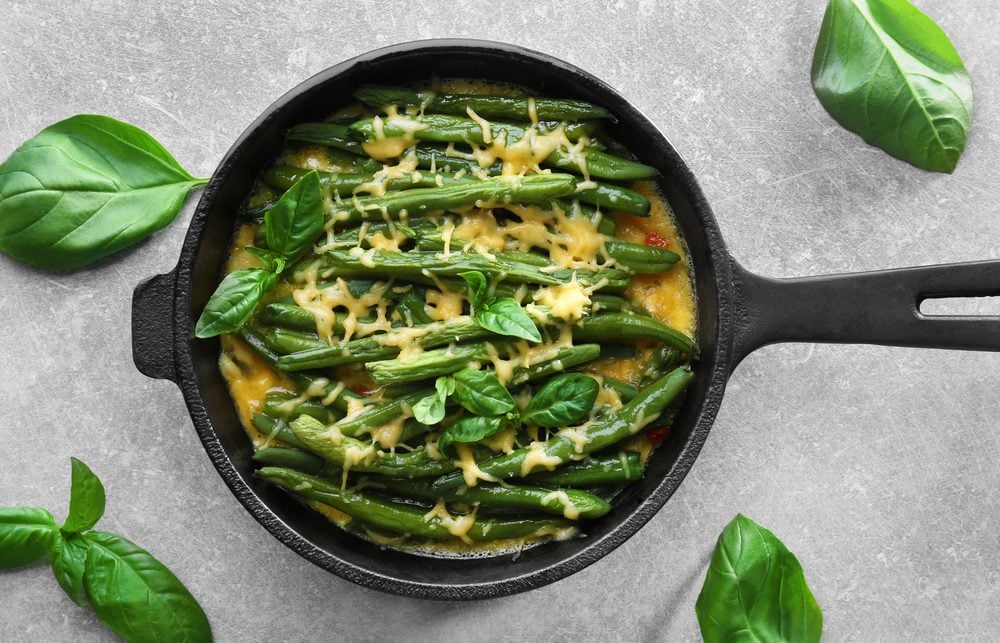 This is an example of taking a perfectly healthy side and making it very unhealthy. Adding butter, cheese, fried onions, and in some cases condensed cream-laden soup will swing the sodium of this dish to scary levels. Stick with sauteed green beans without the add-ons. 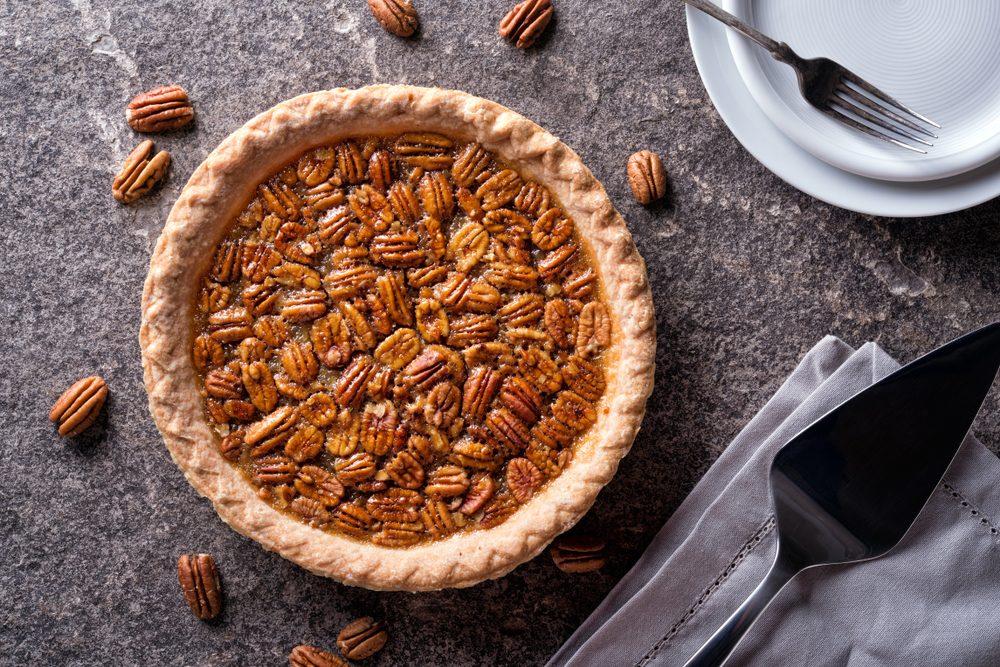 “Pecans are naturally a high-calorie nut on their own, so throw a bunch of sugar, butter, and corn syrup in and you’re just asking for a cocktail of calories and fat,” says Varbanova. “Just one slice of this pie typically has over 500 calories.” Instead, she says, make a crumble such as apple or rhubarb. Or you could try pecan date power balls, recommends Feller: Combine a handful of dates, pecans, a dash of sea salt, a teaspoon of vanilla extract, and a pinch of cinnamon in a food processor. Roll into balls, refrigerate overnight, and serve as a bite-sized dessert. Here are 12 desserts that can actually help you lose weight. 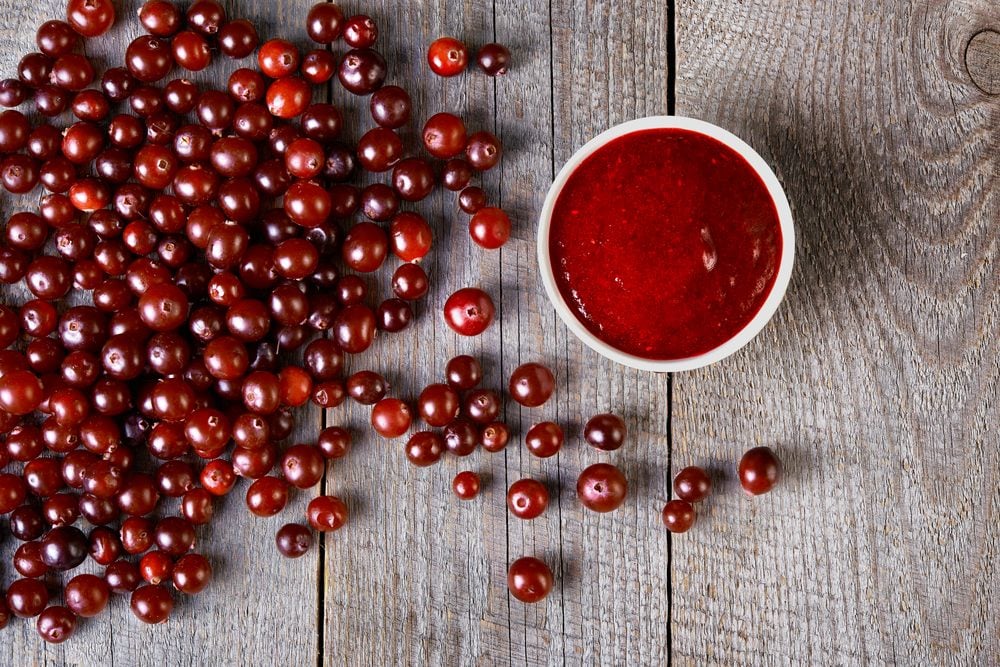 “The added sugar is the major culprit in canned cranberry sauce,” says Feller. “One serving has 6 teaspoons of added sugar.” Make your cranberry juice by using whole cranberries and sweetening with fresh orange juice for a natural sweetness. 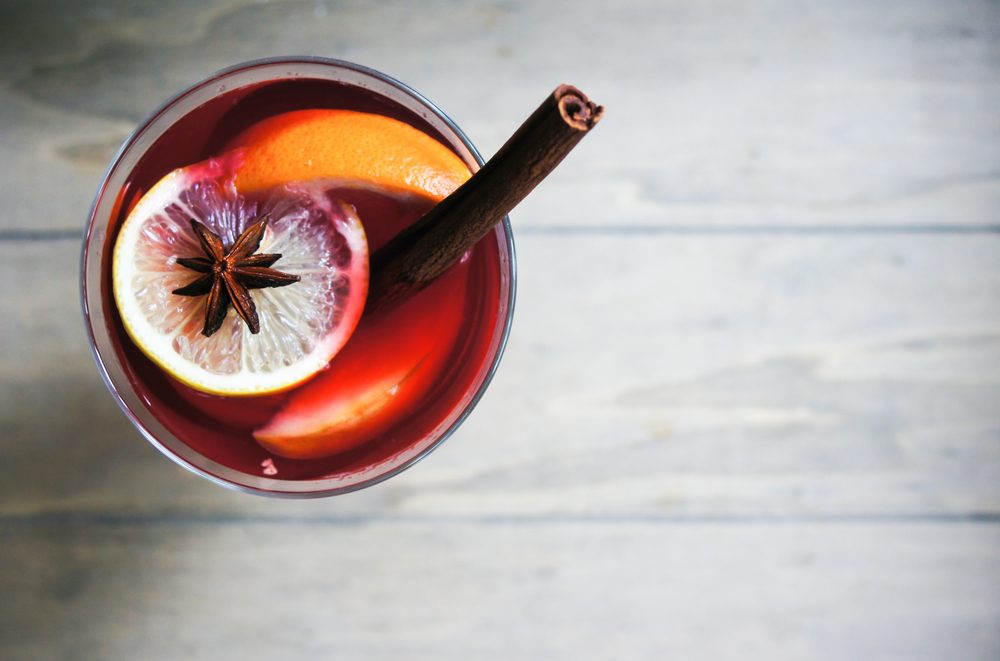 Adding cloves and fruit zest to wine is fine—the problem is all the added sugar that comes next. Honey, fruit juice, or store-bought cider make this drink both high in sugar and calories. Sip on red wine instead, which is helpful for heart health. 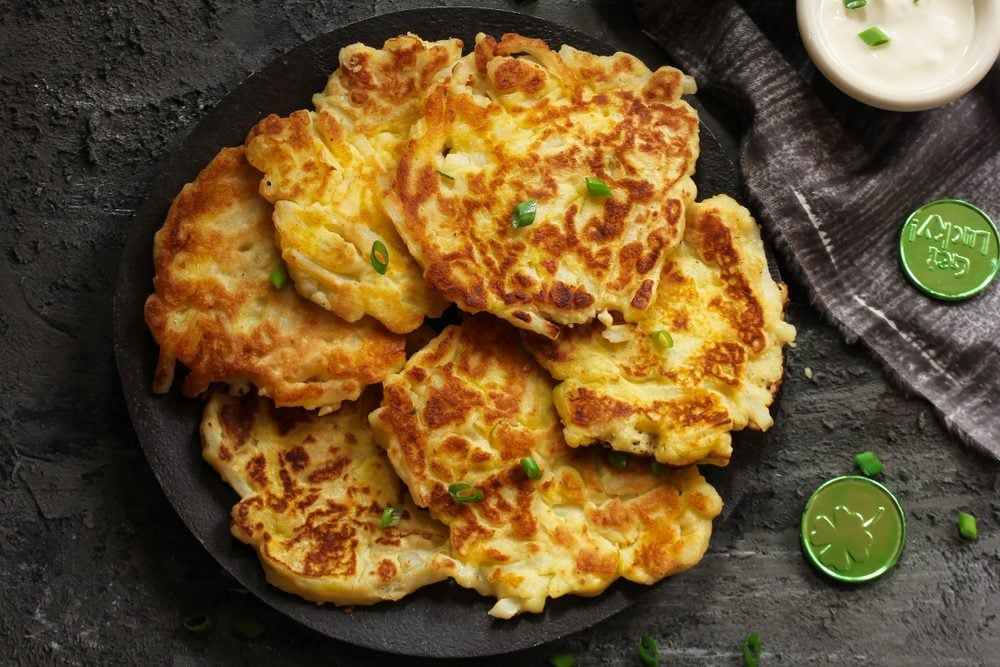 In theory, this should be a halfway healthy holiday treat, but it really depends on how you prepare them. Most potato pancakes are fried in oil, which gives them a nice crisp texture but also loads them with saturated fat. Try baking potato pancakes in the oven on parchment paper instead; you’ll be able to skip the oil completely without sacrificing taste. 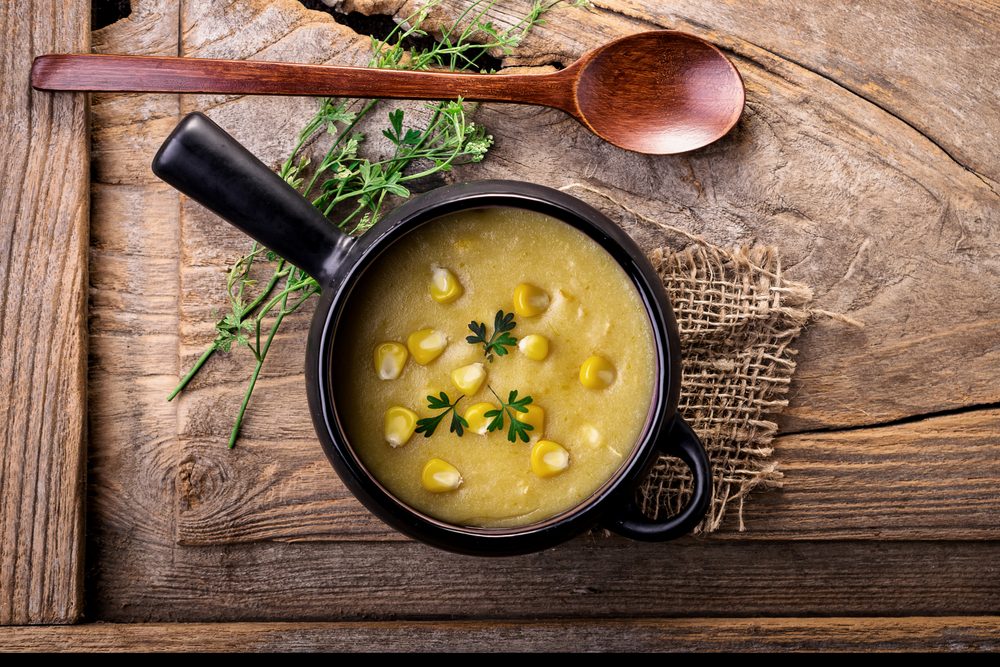 Corn is naturally sweet, but most creamed corn recipes call for added white sugar (not to mention butter and cheese). Don’t overcomplicate it and serve corn as is this season. You’ll not only cut back on saturated fat, but you’ll be getting a healthy dose of insoluble fiber that will do wonders for your digestive health. These are the foods to avoid if you have digestion issues. 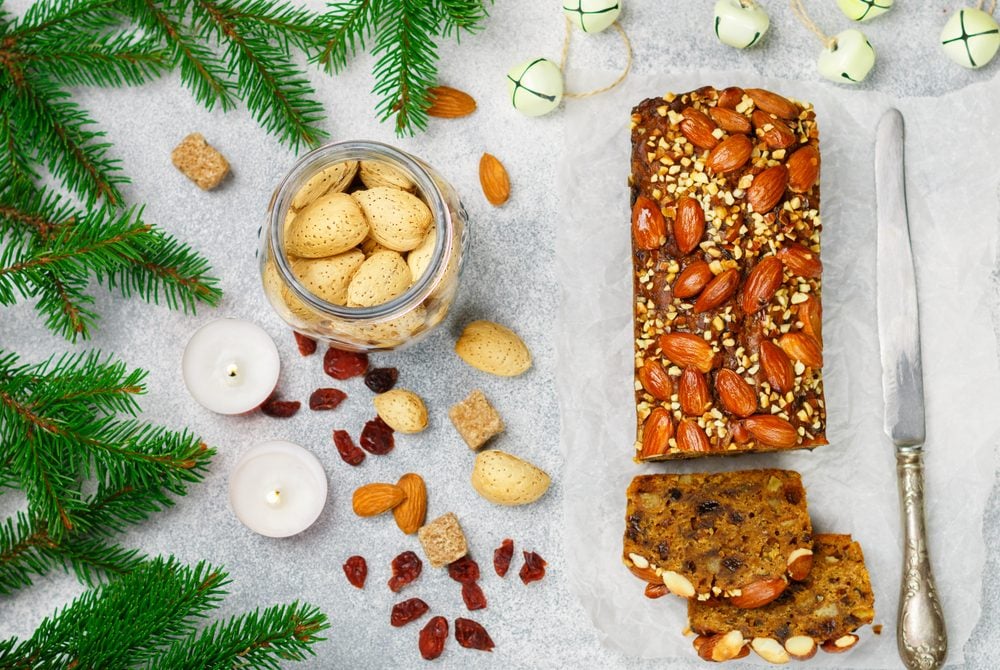 Here’s some bad news and some good: The bad news is that if you’re one of the people that look forward to fruitcake season, this holiday treat isn’t healthy (despite the name). The fruit in fruitcake is often candied and colored artificially—which adds sugar and chemicals. You’ll have a piece and likely won’t get the satisfaction of treating yourself. A ring-shaped cake, on the other hand, is actually a lucky New Year’s Eve food. So here’s the good news: just have a small slice of actual cake and save yourself some calories. Next, read up on ways to avoid holiday weight gain.

Colleen Travers
Colleen Travers is a metrics-driven digital writer and editor specializing in fitness, health, wellness and beauty. She's savvy in content strategy and creating timely, buzzworthy content on anything from the hottest fitness trends to breaking down the latest health research into easy, digestible tips to live better today.