This Is How Disney World Is Celebrating Halloween This Year

The spookiest time of year may look a little different at the parks right now, but it's still a whole lot of fun. 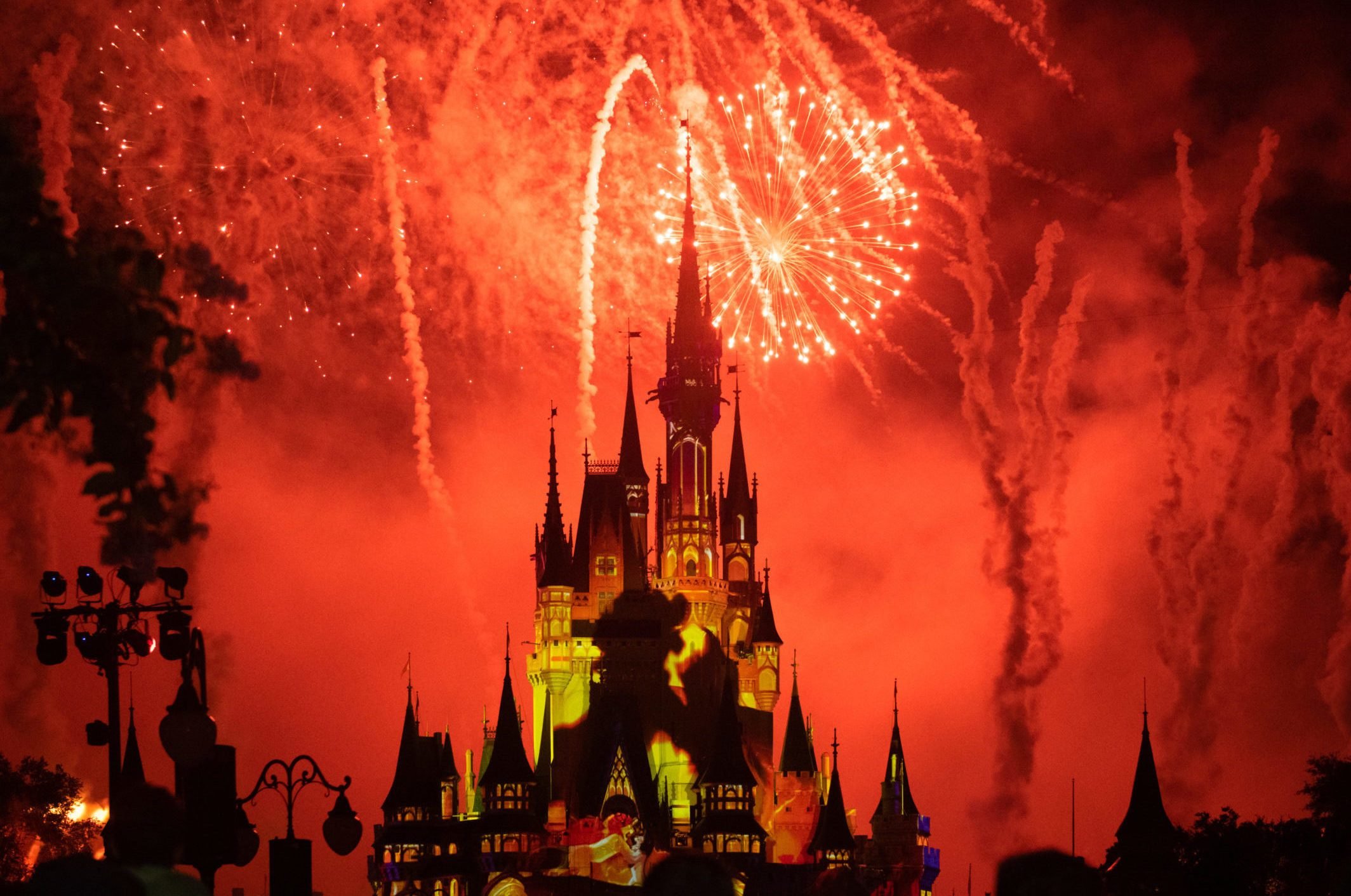 Fall is upon us, and for many Disney fans, it’s arguably the most wonderful time of the year as they head to Disney World in costume to celebrate Halloween and enjoy some seriously amazing tricks and treats. While this year will look a little different from Halloweens past because of the ongoing coronavirus pandemic, there will still be plenty of seasonal fun to enjoy from mid-September through October 31. Here’s what kind of thrills, chills, and Disney magic you can expect—and what will be MIA this year. In general, here’s what else you should know if you’re planning a trip to Disney right now. 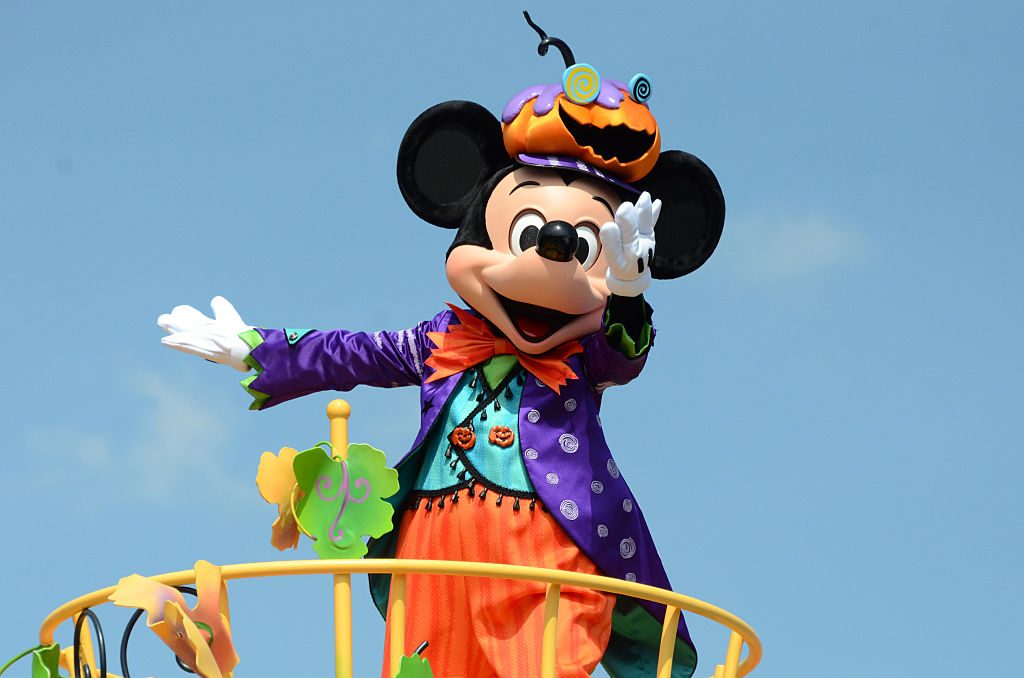 One big thing is missing this Halloween season

Every year, Disney visitors look forward to Mickey’s Not-So-Scary Halloween Party at Magic Kingdom. Typically, the party features a special parade and fireworks that can be seen only during the after-hours event, specialty foods and drinks, characters in their Halloween outfits, themed ride overlays for popular attractions like Pirates of the Caribbean and Space Mountain, and even trick-or-treating for everyone. Because of COVID-19, Disney has canceled this year’s party due to the need to maintain a smaller amount of people in the parks and to prevent crowds from gathering to watch certain events. Unfortunately, Magic Kingdom has also scrapped trick-or-treating through the park. So, is it possible to trick-or-treat during a pandemic? Here’s what Halloween could look like this year. 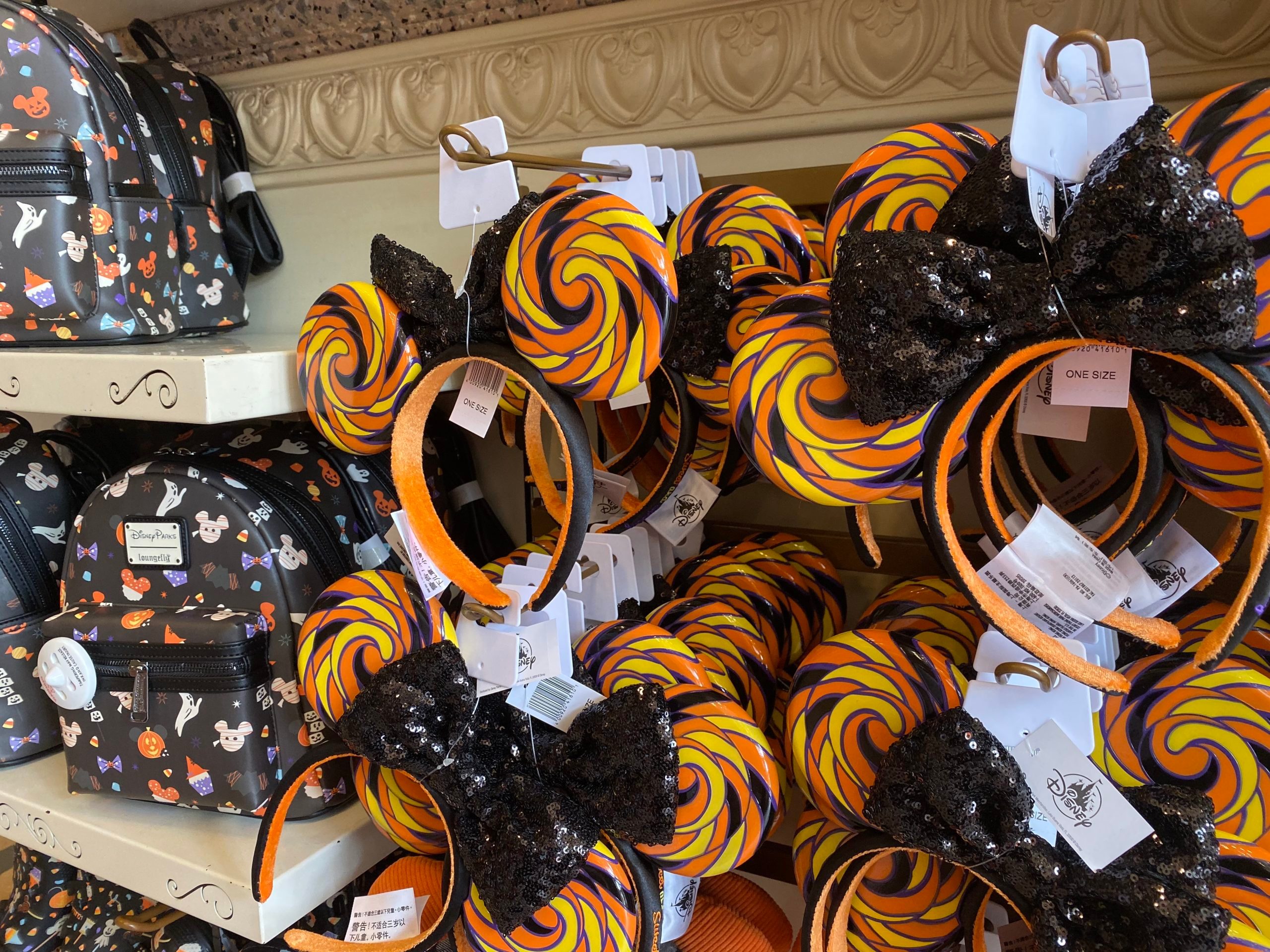 Halloween merchandise has materialized at the parks

Throughout the parks, resorts, and even Disney Springs, you can find Halloween-themed merchandise. While these seasonal souvenirs pop up every year, Disney has leaned into a retro-style Mickey Mouse theme for 2020, with items like spirit jerseys, MagicBands, trick-or-treat buckets, home decor, and coffee mugs. Two other merchandise lines are themed to Disney villains and the Haunted Mansion attraction. And if you’re after new mouse-ear headbands, you’re in luck! Disney has released quite a few new styles for fall and Halloween, including a Minnie witch hat, The Nightmare Before Christmas themed ears, and swirled-candy ears. Until October 29, annual passholders can get 30 percent off their purchases of select merchandise, up from the normal 20 percent. 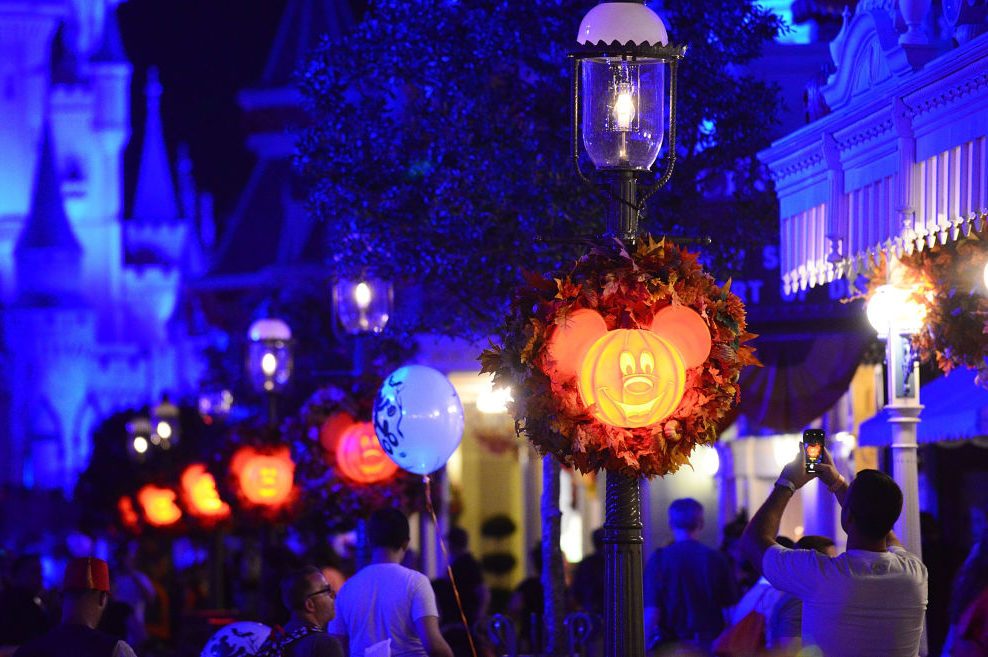 Main Street U.S.A. has cute decorations around every corner

When you enter Magic Kingdom, you’ll walk right down the middle of Main Street U.S.A. toward Cinderella Castle. Along the way, you’ll notice some cute decorations like Mickey pumpkin wreaths on every light post. And don’t miss the window displays—they also got a fall makeover with carved pumpkins, which will be featured alongside some of the new Halloween merchandise. Decorations extend into the hub area of the park, where you’ll decide which land you want to go to first, possibly catch a character cavalcade, or just take a few selfies in front of the newly painted Cinderella Castle. Speaking of Cinderella Castle, did you know there’s a secret suite inside? 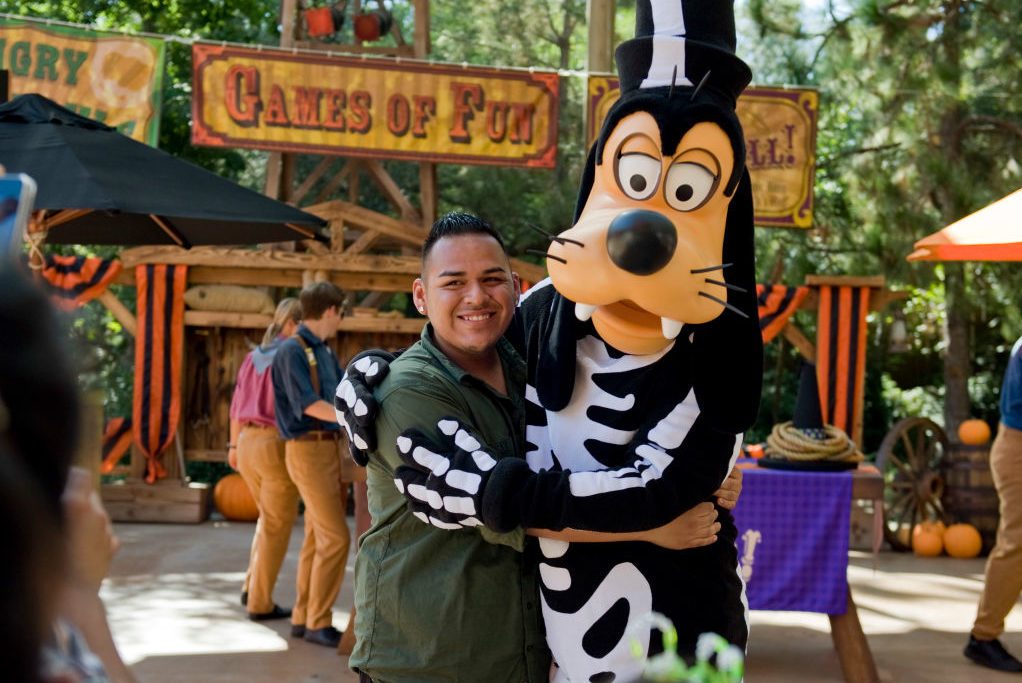 Characters can be spotted in their Halloween best

Character cavalcades have been a new addition to Disney World’s entertainment lineup since the parks reopened in July. While the regular parades are on hold for the foreseeable future, these mini pop-up versions have been a guest favorite in all four parks. During the Halloween celebrations at Magic Kingdom, you’ll be able to spot Mickey, Minnie, Pluto, Donald, and Daisy in their Halloween costumes as they make their way along the normal parade route from Frontierland to Main Street U.S.A. On select days (usually weekends and busy weekdays), you can also see a cavalcade of popular Disney villains, like Gaston, Maleficent, and Jafar, and one themed to the classic Halloween film The Nightmare Before Christmas, with Jack Skellington, Sally, and Oogie Boogie. Along the Rivers of America in Frontierland, look for Chip and Dale on a river raft in their costumes, waving as they float by.

One important thing to know: Character cavalcades are not scheduled events because Disney doesn’t want crowds to congregate. But if you really want to see them, try snagging a spot on the Liberty Square bridge near the castle hub first thing in the morning. As the day goes on, there’s more chance for rain in Florida, so the morning is a smarter bet for seeing as many cavalcades as possible. Not only is it right along the route where many of the calvacades take, but there are also benches there. Also be on the lookout for Magic Kingdom’s barbershop quartet, the Dapper Dans, who will be decked out as their spooky alter egos, the Cadaver Dans. On the fence about visiting because you’re not sure it’s worth it? Here’s why Disney park fans think now is actually the best time to go. 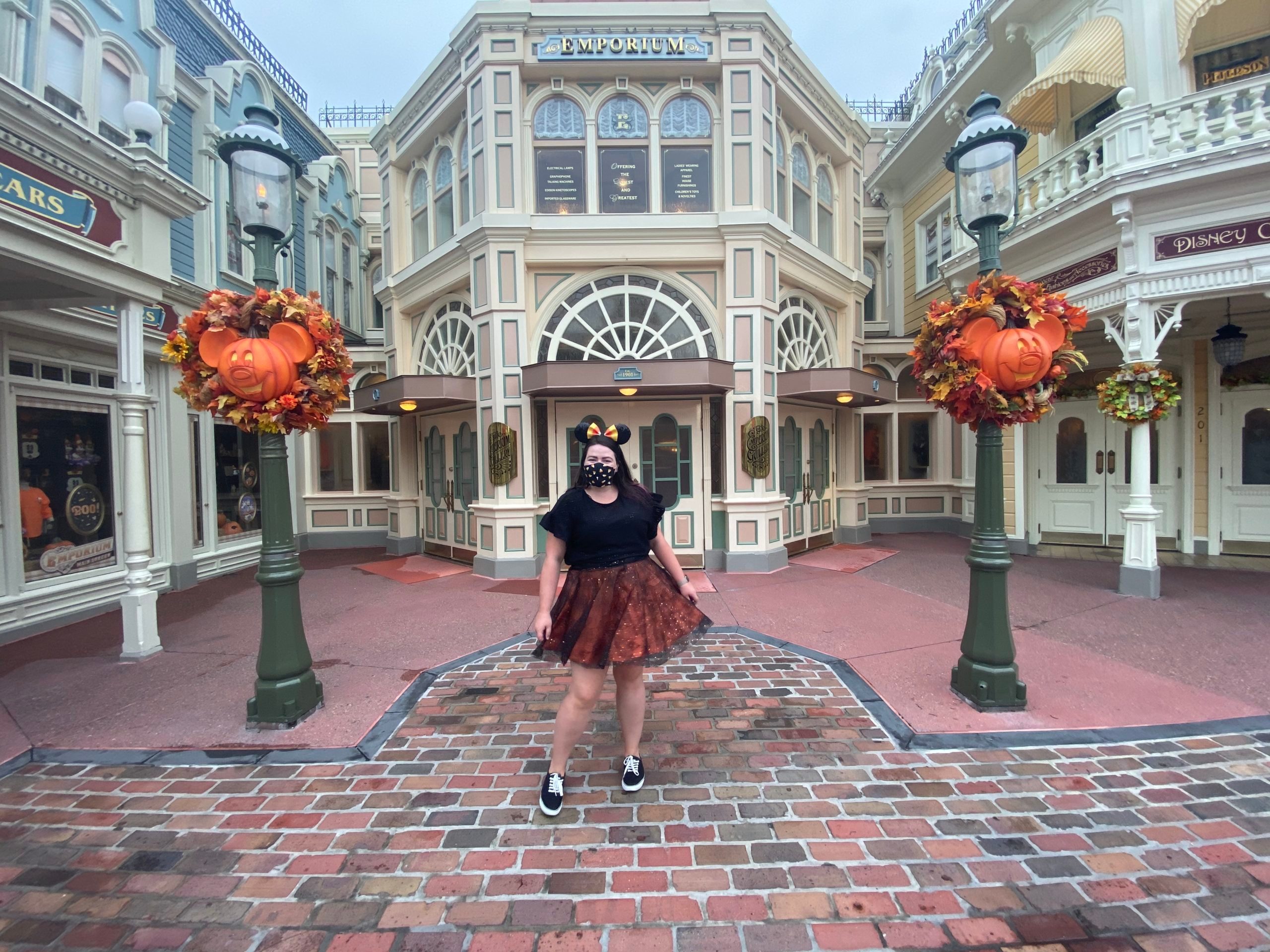 Everyone can wear a costume

Usually, visitors over 14 years old are not permitted to wear costumes into the theme parks during normal operating hours. But since Mickey’s Not-So-Scary Halloween Party is a no-go, Disney has relaxed the rule for the Halloween celebrations this year. Now, guests of all ages can wear costumes during the day at Magic Kingdom, though you will still need to wear a face-covering with your costume to comply with Disney’s current health and safety rules. (Be aware that this does not apply to the other Disney parks.) Costumes can be as simple or as elaborate as you want, but make sure it’s comfortable and easy to wear while getting on and off rides. Whether or not a trip to the park is on your fall to-do list, you’ll want to check out these 14 best Halloween costumes for Disney super-fans. 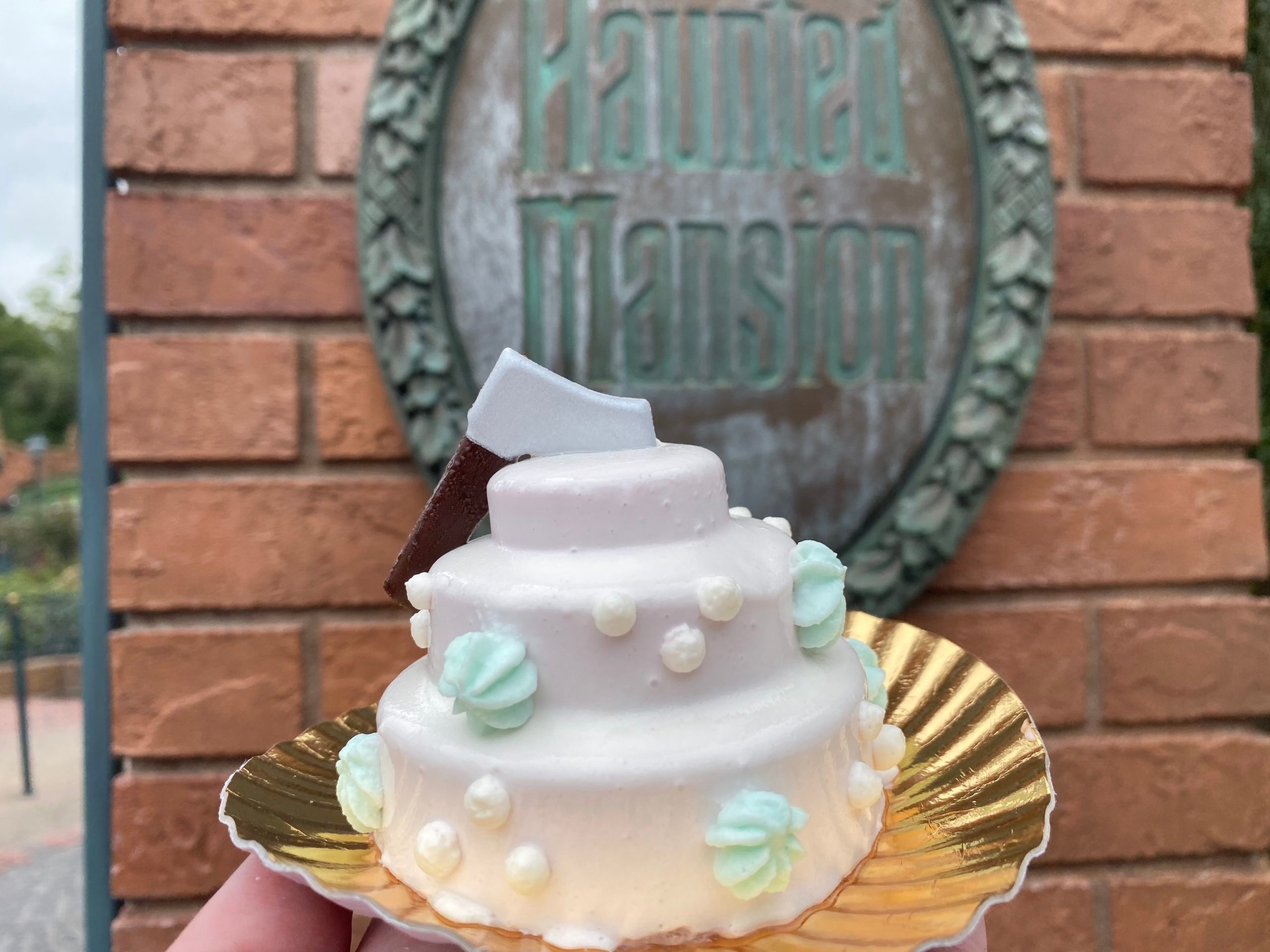 Halloween treats abound for you to sink your teeth into

Every Halloween, Disney pulls out every trick in the cookbook. At Magic Kingdom this year, you won’t find anything new, but you will find exclusives usually sold only at Mickey’s Not-So-Scary Halloween Party, as well as returning park favorites from years past. The must-get sweet treat is Constance’s For Better or For Worse Wedding Cake, a citrus cake with raspberry cream that’s themed after the bride from the Haunted Mansion; you can find it at Liberty Square Market. If you’re looking for something savory, look no further than Hades Nachos at Pecos Bill Tall Tale Inn and Cafe; it piles buffalo chicken, lettuce, tomato, sour cream, salsa, and jalapeño on top of black-bean nacho chips. 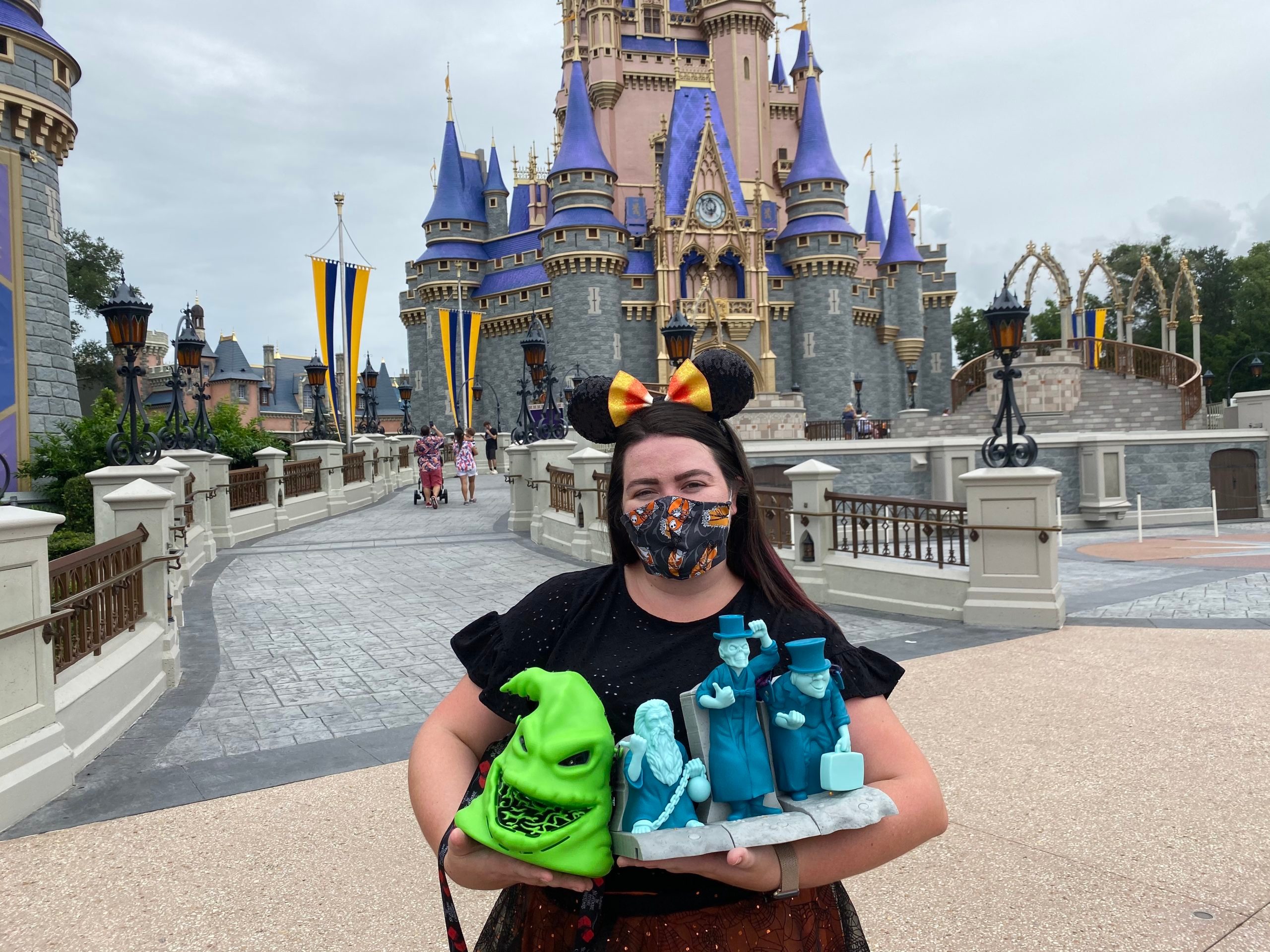 Hoping to nab one of those new Madame Leota sippers you’ve been seeing on social media? Sorry, but you might be out of luck. It was so popular that the first batch sold out in days! According to Disney, more should be coming to the park again soon, so bide your time. And in the meantime, check out these 15 things you didn’t know about the Haunted Mansion. 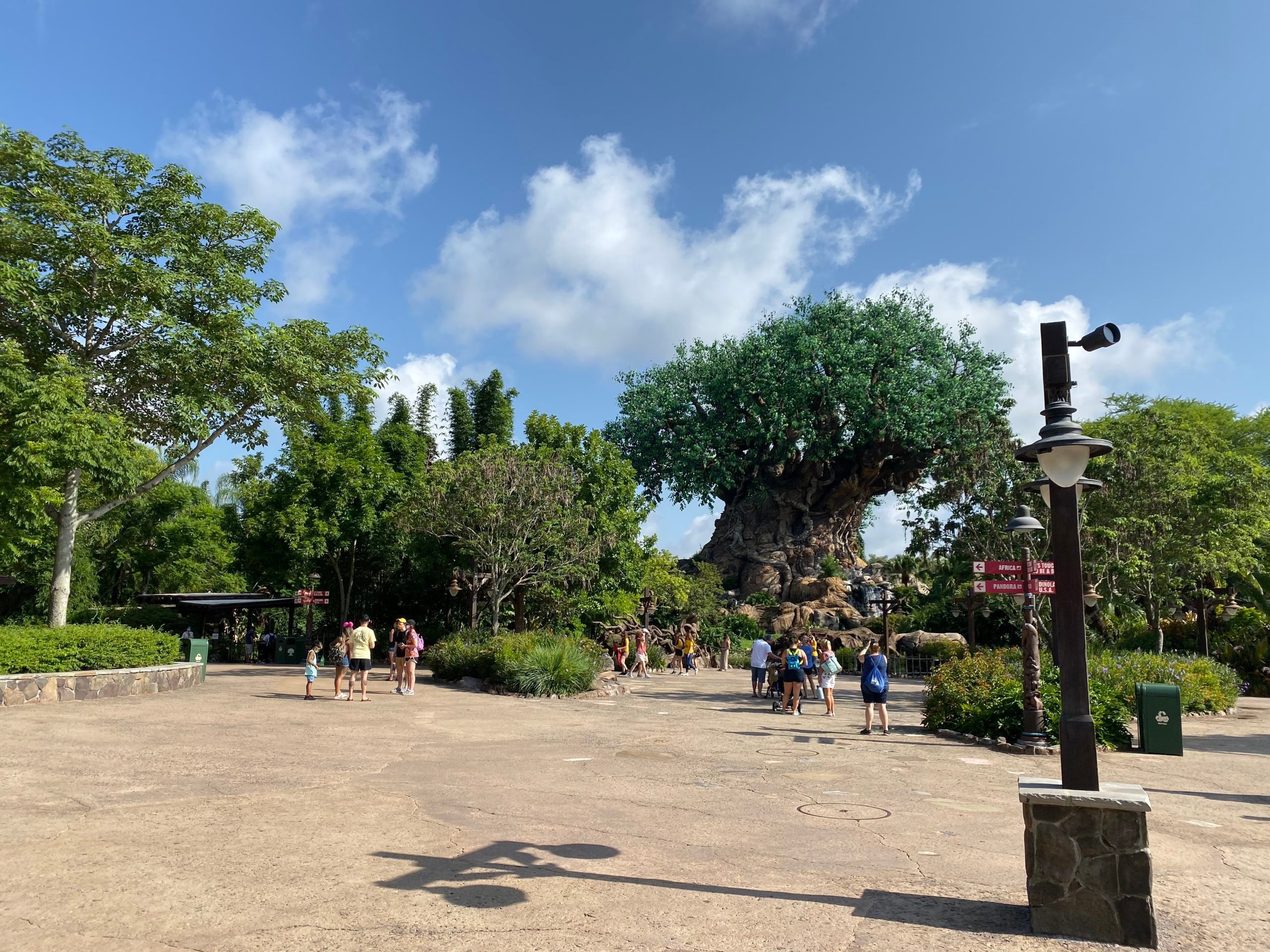 The other three parks also have some festive offerings

For more Halloween fun, visit the other three Disney parks and Disney Springs. While these locations are not decorated and do not have Halloween-themed entertainment, they still get in the spirit with fall fare. Epcot, Animal Kingdom, and Hollywood Studios all offer seasonal food and drinks (though you’ll only find them at Epcot on Halloween day). Some highlights: Hollywood Studios is offering a Poison Candied Apple, an apple and caramel mousse covered in red glaze with a crunchy candy base. And at Disney Springs, you’ll want to scoop up the Minnie Mouse Frankenstein candy piñata from the Ganachery. The best part is that you don’t even need a park ticket to go there. 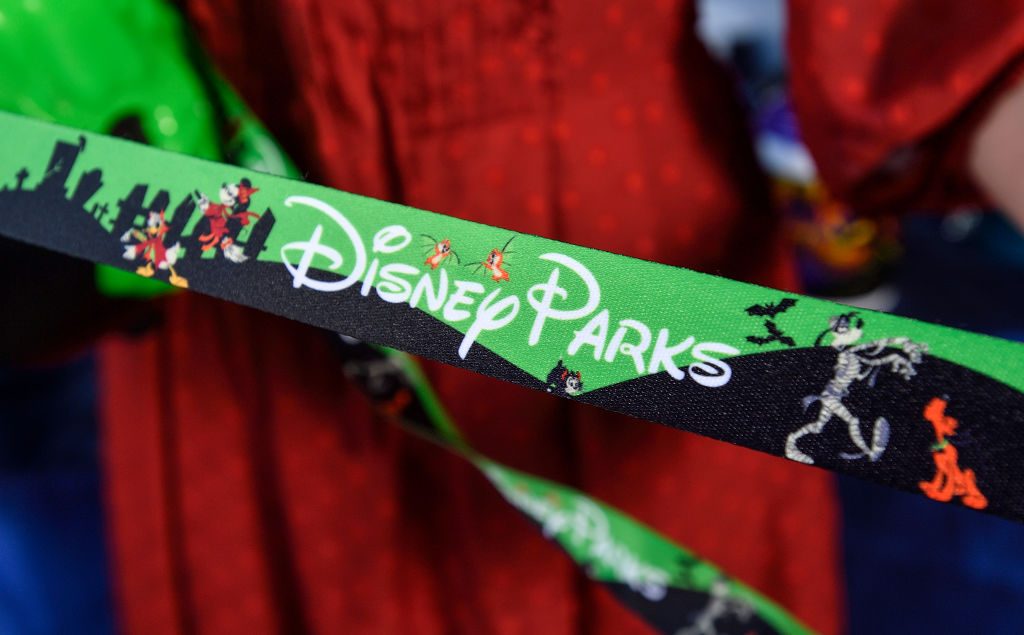 What else you need to know

Even though it’s fall just about everywhere else in the United States, Florida stays hot through the end of September and sometimes well into October. Plan to bring a few extra masks with you so you don’t have to wear a sweat-soaked mask all day. Also, be sure to plan what you want to do ahead of time because Disney World’s park hours have been cut by at least one hour most days. While one hour doesn’t seem like a lot, it definitely is when you’re trying to get all of the rides and festive entertainment done in one day.