How Handwriting Has Changed Over the Last 100 Years

From beautiful ornate script to texting—handwriting has come a long way in the past century. 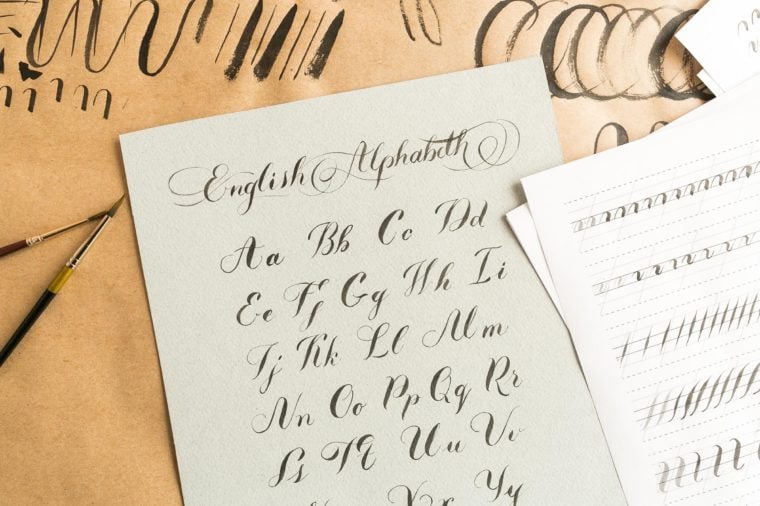 The art of writing

Handwriting is in danger of becoming a lost art form—in the past 100 years, there have been drastic shifts in style as well as the frequency of use. Two handwriting experts Denise Donica, PhD, national handwriting education expert and associate professor of department of occupational therapy at East Carolina University in North Carolina, and Jane Yank, PhD, licensed clinical social worker, licensed psychologist, and faculty member for Walden University’s Master of Social Work program in Minnesota, guides us through handwriting’s amazing transformation since the 1920s. Here’s how writing by hand makes you smarter. 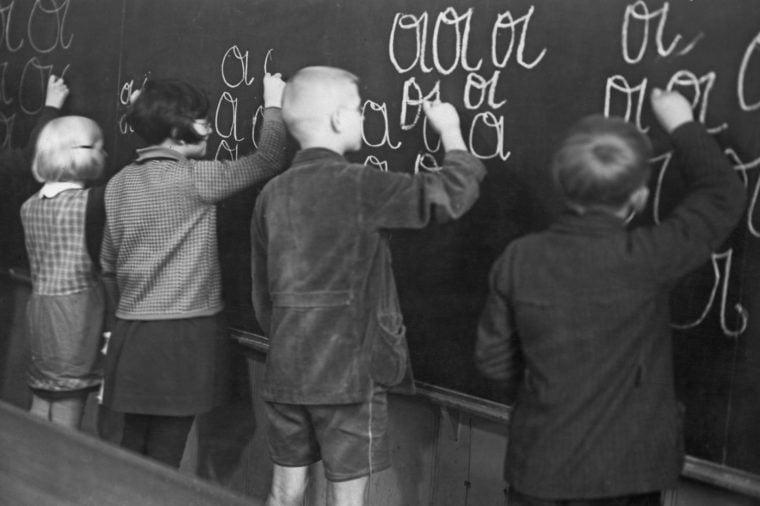 “Handwriting was initially the first means of preserving information that was previously only passed down orally,” explains Donica. Before the invention of the printing press, copying information or stories by hand was the only way to preserve writings. Handwriting was a prized art form that required formal training. During the 1800s and 1900s, chalkboards were commonly used to teach beginning handwriting skills. “In the 1900s, typically one to two years of preparatory drills were completed prior to learning handwriting skills,” says Donica. Here’s what your handwriting reveals about you. 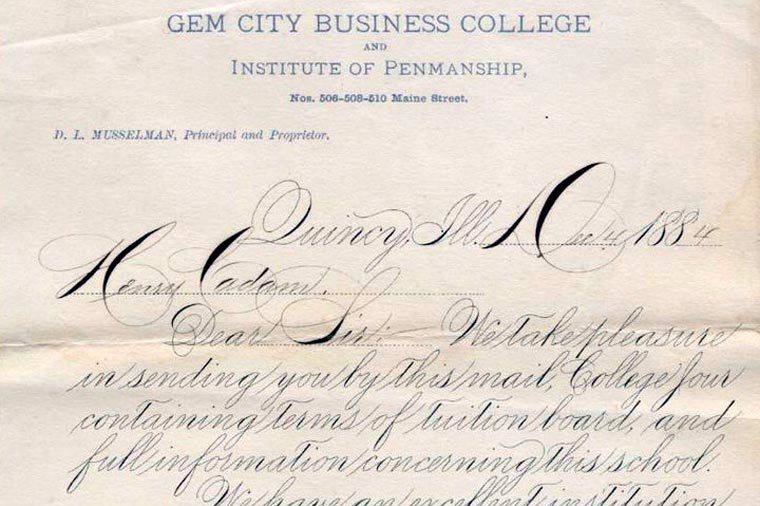 In the 1860s, schools across the United States were teaching their pupils the Spencerian style, a decorative writing form developed in the mid-1800s by Platt Rogers Spencer. The handwriting is characterized by perfectly slanted and liquid shapes and it was meant to be easy to read while still remaining attractive. Spencerian cursive was the preferred writing style of clerks in the U.S. government. Here are 12 examples of handwriting so perfect it could be a font. 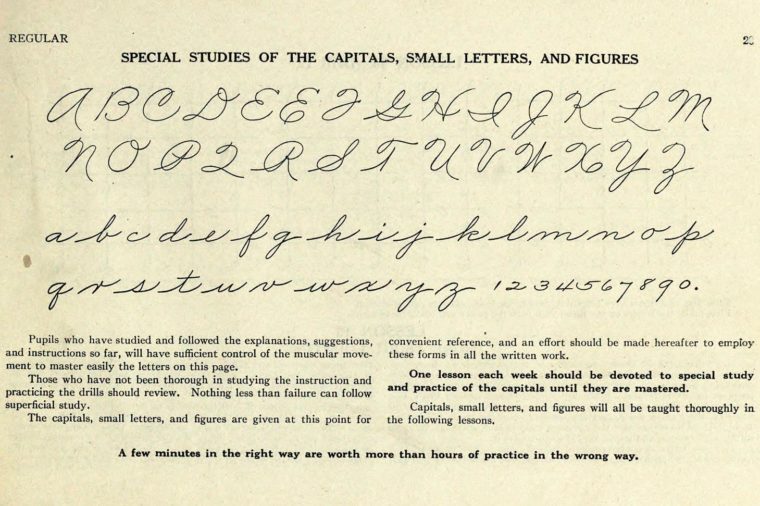 Spencerian cursive was replaced in 1890 by a less ornate form called The Palmer Method, developed by Austin Norman Palmer. Palmer developed his simpler form of script around the same time as the invention of the typewriter as a response to what he perceived as the need for “an efficient handwriting style adapted to the quickening pace of business in America.” The Palmer method script has hardly changed since it was first introduced—it’s the same form of cursive used today. 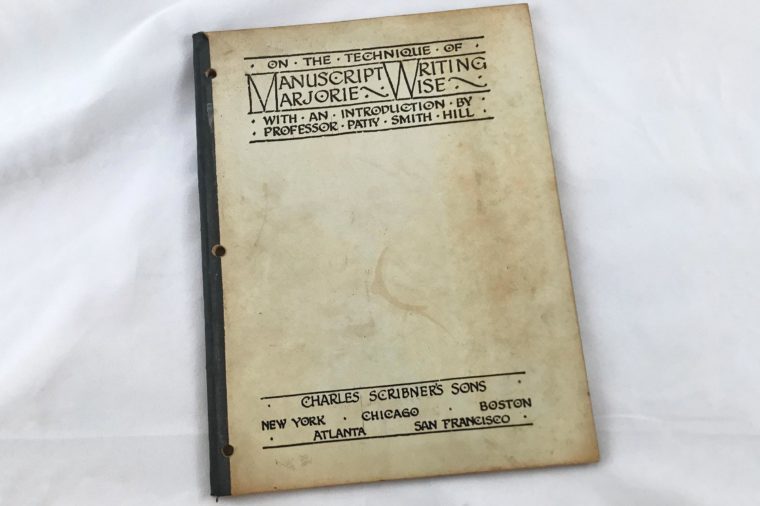 The Palmer Method was temporarily shelved when educators decided to teach children printing first and cursive later. “Handwriting in the United States meant cursive until 1921 when Manuscript Writing was brought from England by Margaret Wise,” explains Donica, “This style of writing had been proposed in 1913 by Sir Edward Johnston.” Manuscript handwriting, also known as print script, consisted of simple and discrete letterforms that even very young children could master. Wise and pro-Manuscript supporters advocated that this form of writing was easier for young children to master while learning how to read. 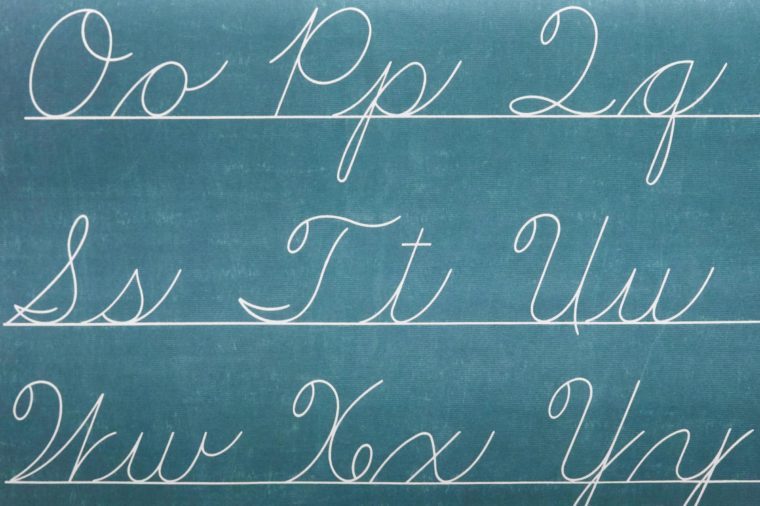 The return of cursive

By 1924, Wise renounced Manuscript Writing and recommended a return to cursive. However, the printing to cursive transition for young children remained a popular method for teaching handwriting in schools. Learn how to have neat handwriting. 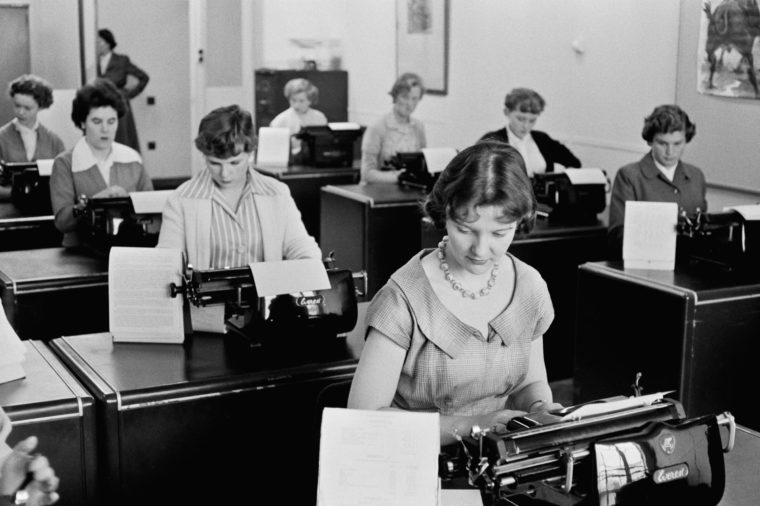 “By the 1890s, the opportunities for business penmen declined as they were replaced by women using typewriters for routine work in large companies,” explains Yank, “although it would be another 30 years before the typewriter technology was advanced enough for widespread use.” The typewriter reduced the time and expense involved in creating documents. Although the typewriter did not have an impact on handwriting at the elementary school level or with people not in the business of professional writing, it did affect the future of handwriting in the second half of the 20th century. 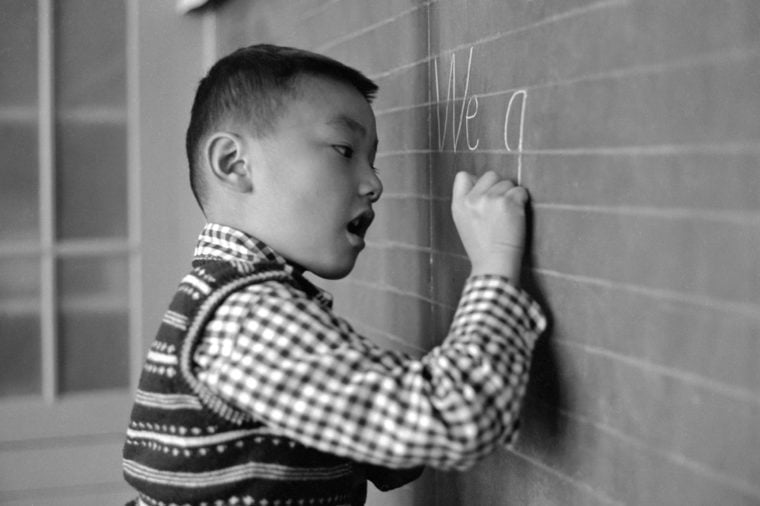 “By 1946, 66 percent of schools were instructing manuscript as an introductory method of handwriting before switching to cursive in Grade 3 or later,” says Donica. This method helps children build the motor skills necessary to learn and write cursive legibly. The cursive form was still the Palmer Method. “Reading teachers urged the use of handwriting styles that more closely resembled the type font in books,” says Yank. “They promoted manuscript printing for students in the elementary grades instead of the joined writing, or cursive.” 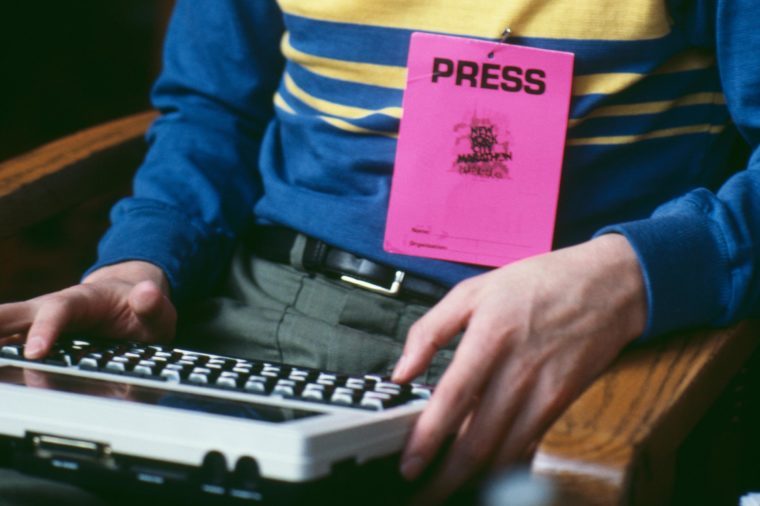 Typewriters were heavy, noisy, and not easily portable; even though they were used in many businesses, handwriting remained the primary method of written personal communications through the 1970s. Word processors, invented by IBM in the 1960s, were not developed out of computer technology, but rather evolved from the needs of writers. “Word processors were developed to automate many of the typing functions but rarely used until they merged with computing,” explains Yank. “Once that occurred, word processing exploded on the scene, making typewriters obsolete and replacing many previously handwritten functions in businesses, homes, and schools.” Today, learning to write cursive is one of 9 school subjects that you took that your kids won’t. 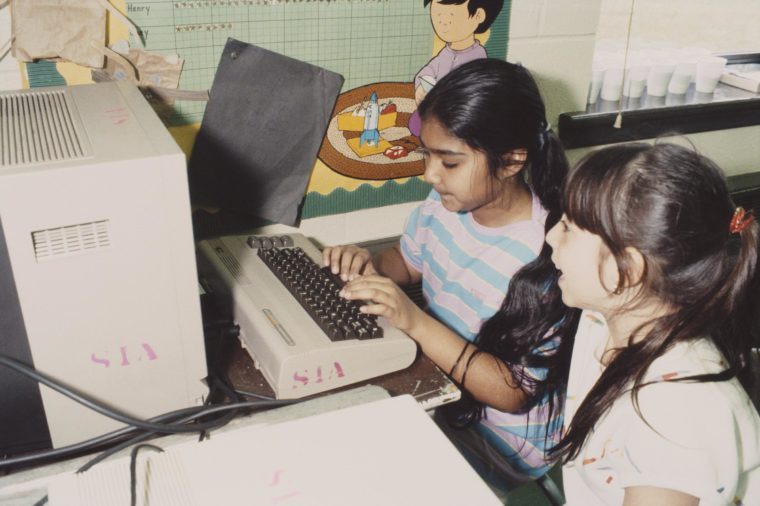 Rise of the computer

As the personal computer took the world by storm beginning in the 1980s, editable, typed documents became accessible to almost everyone. “Teachers were persuaded to eliminate handwriting to teach children to prepare the type of documents seen in business, law, industry, and academia,” says Yank. Formal handwriting training was starting to be phased out of schools. Printing remained at the elementary school level, but cursive was starting to become obsolete. 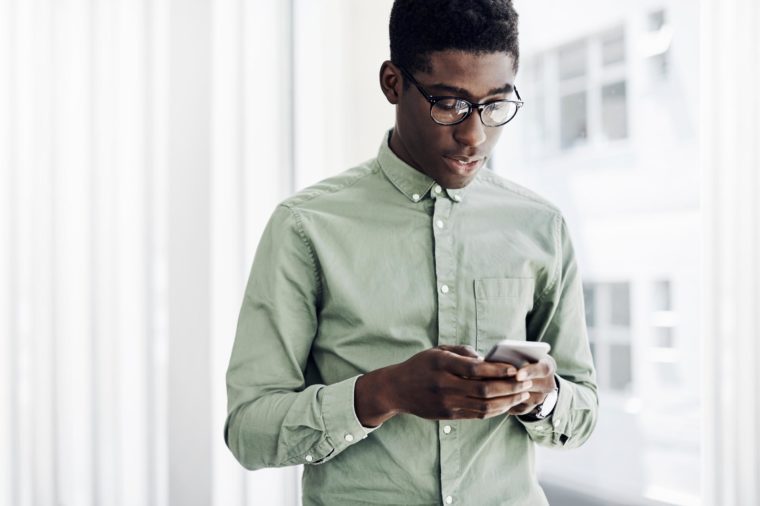 As cell phone technology improved in the early 1990s, a new form of shorthand typing came into existence known as texting, or SMS (short message service). The earlier forms of text communication could only send a max of 160 characters between cell phones. Nowadays, smartphones have full capabilities to send long messages, emails, photos, voice messages, and videos via text. No need to pass a note or send a letter in the mail to a friend anymore. Texting allowed instant communication without having to make a phone call. 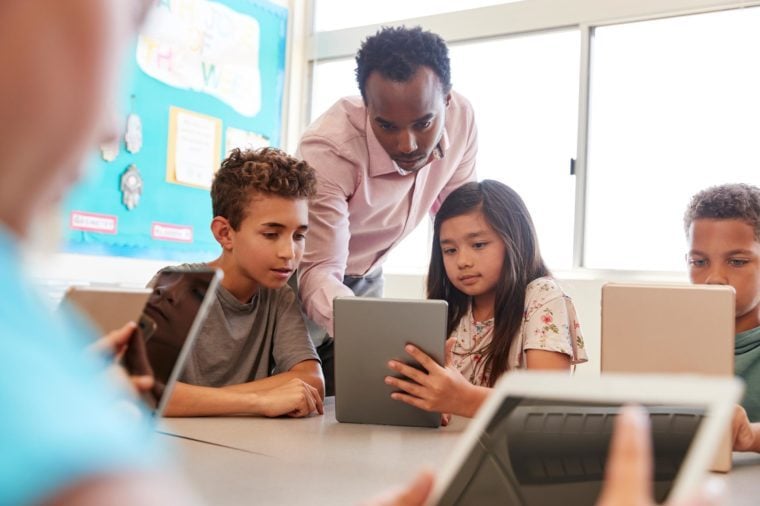 By 2010, Common Core State Standards, which are followed by 41 states, dropped requirements for cursive to be taught in public elementary schools. Some states opted to keep formal cursive writing as part of the elementary school curriculum. “Research is showing that loss of handwriting, particularly in the early and middle grades, has come at a cost,” warns Yank, “Handwriting use is correlated with improved reading skills, including comprehension, and memory.” There’s been a resurgence of teaching cursive handwriting skills to young children in some states, but the efforts are not widespread, at least as of yet. Should schools bring back cursive handwriting?