Can You Identify These States by Their Historical Monument?

Put your geography and history skills to the test with this fun guessing game! 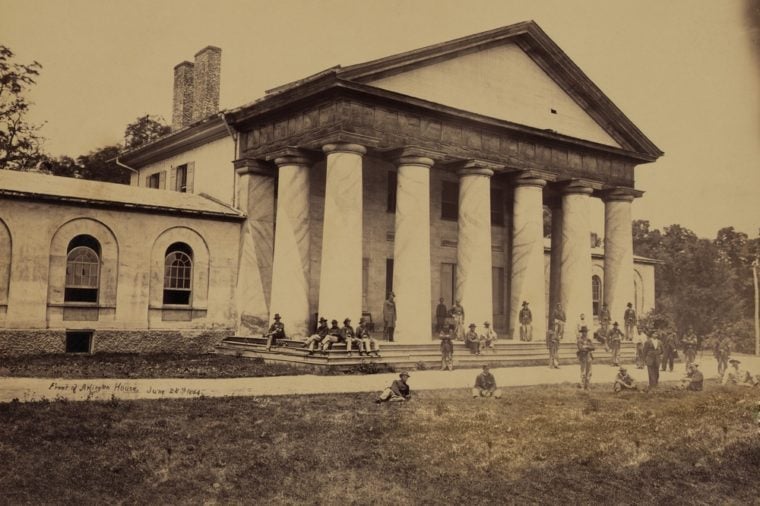 Where is this house located? 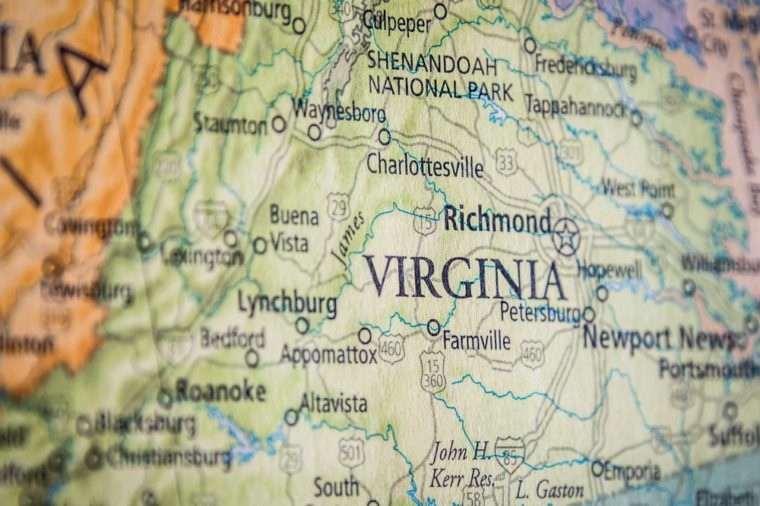 B. Virginia is where the Arlington House is located. It’s the nation’s memorial to General Robert E. Lee who lead the Confederates during the Civil War. It is also where our first president George Washington used to live—here are some other facts you didn’t know about our U.S. presidents.

What state is this memorial located in? 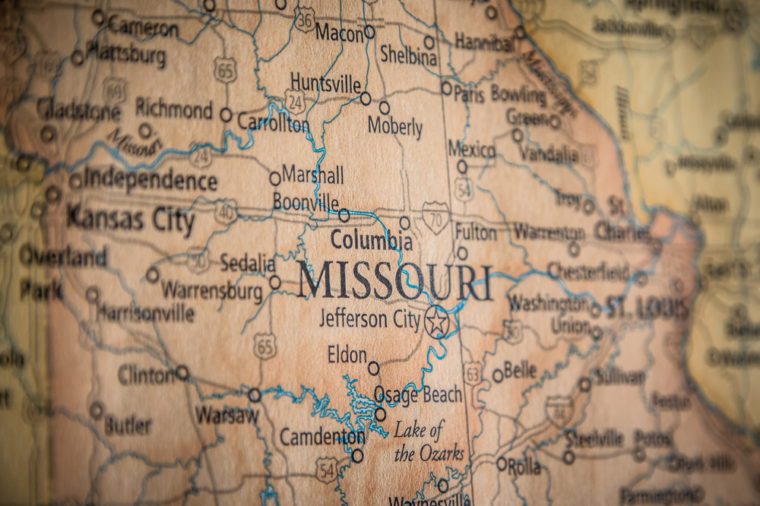 D. Missouri is where the Liberty Memorial stands tall to commemorate the men and women who served in World War I. Don’t miss 11 of the biggest lies that made history. 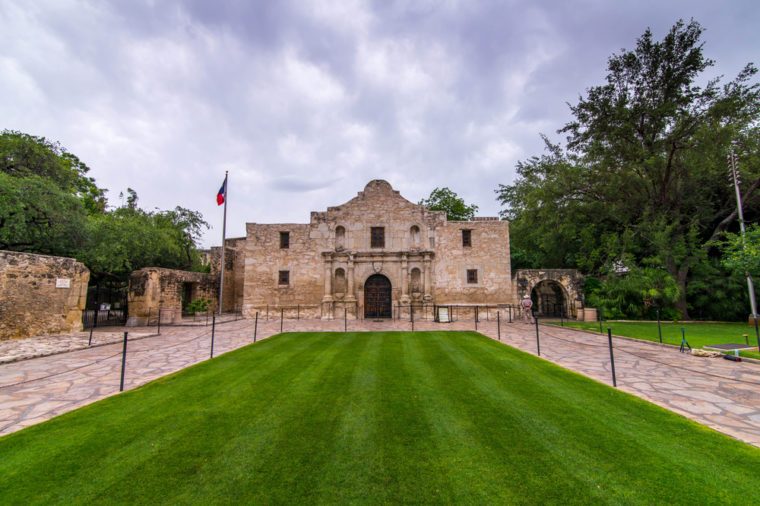 Where does this monument stand? 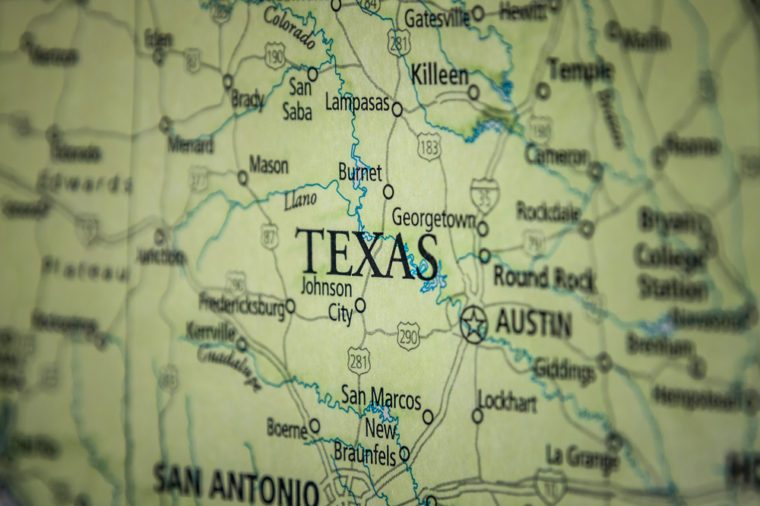 A. Texas is where a group of Texan volunteer soldiers occupied the Alamo, a former Franciscan mission, in the fight for independence from Mexico in December 1835. The Alamo now stands as an enduring symbol of their heroic resistance to oppression and their struggle for independence, which they won in 1836. 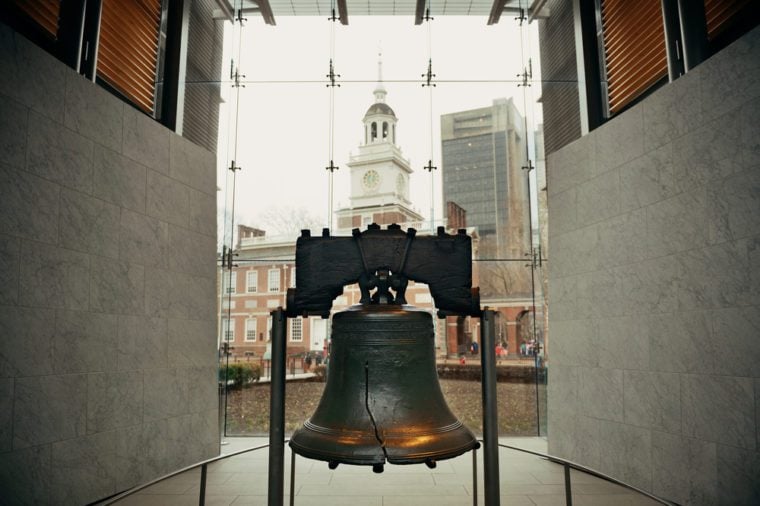 What state can you find this bell in? 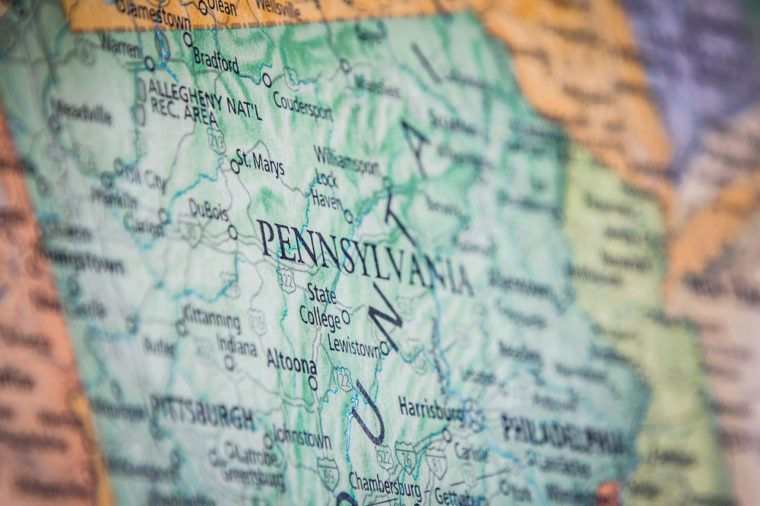 B. Pennsylvania is where you’ll see the Liberty Bell, which was originally called the State House Bell. It acquired the Liberty Bell name in the late 1830s when it became a symbol for the anti-slavery movement. Got this question wrong? Find out 16 other history questions people always get wrong, too. 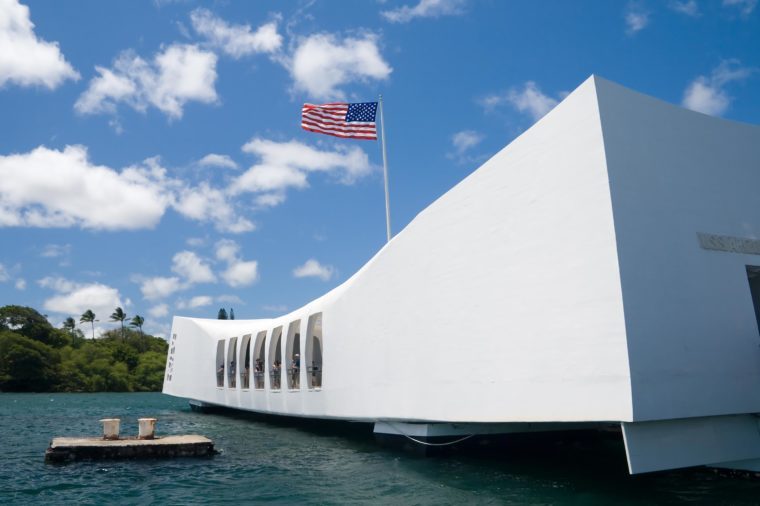 Where is this memorial located? 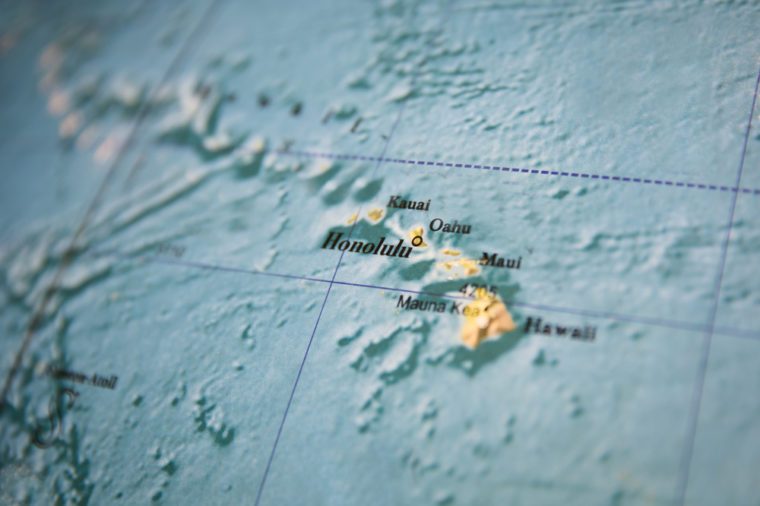 C. Hawaii is where you’ll find the USS Arizona, the battleship that was bombed by the Japanese during the attack on Pearl Harbor in December 1941. Today, the actual ship is submerged in about 40 feet of water, but a Honolulu architect built the USS Arizona Memorial on top of the sunken one to honor the memory of the ship’s crew. 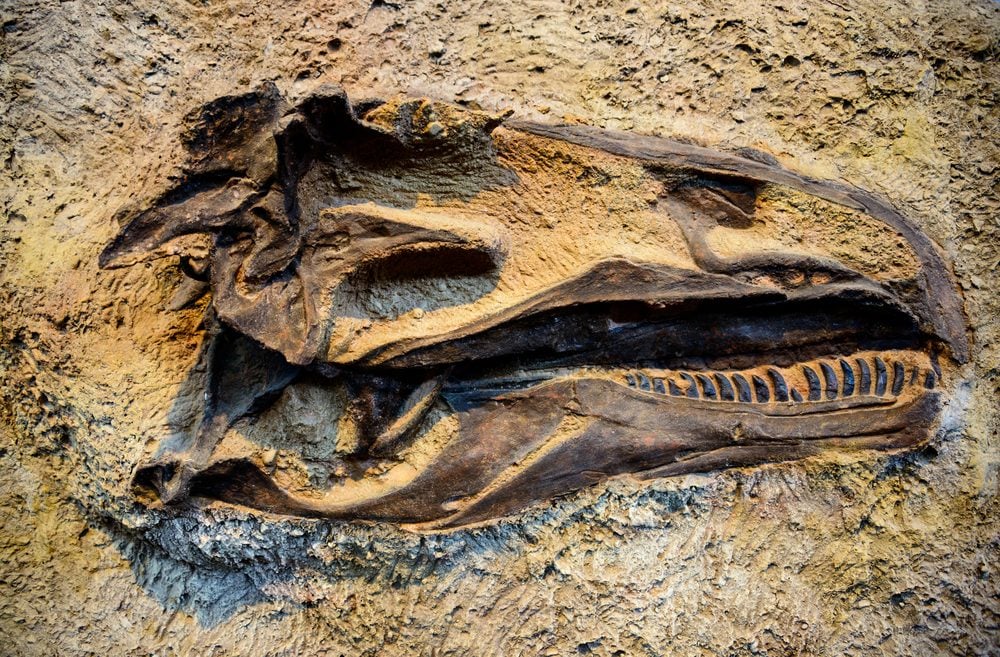 What state will you find these dinosaur fossils in? 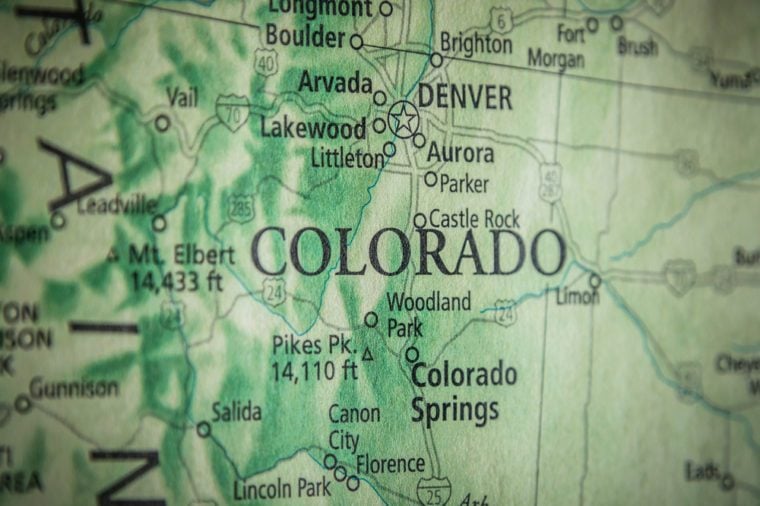 D. Colorado is where you can see the Dinosaur National Monument, a prehistoric monument if you will. Dinosaur remains are still embedded into the rocks on the southeast flank of the Uinta Mountains, which borders both Colorado and Utah. Check to see how many states you can identify on a completely blank map. 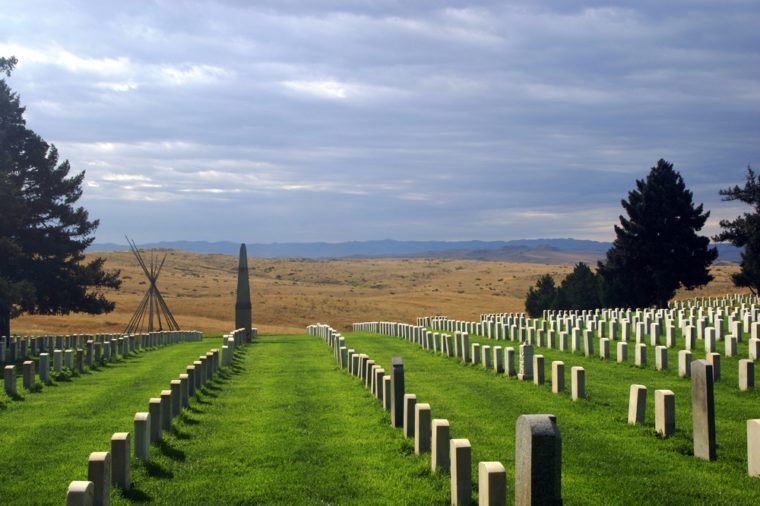 Where can you find this battlefield? 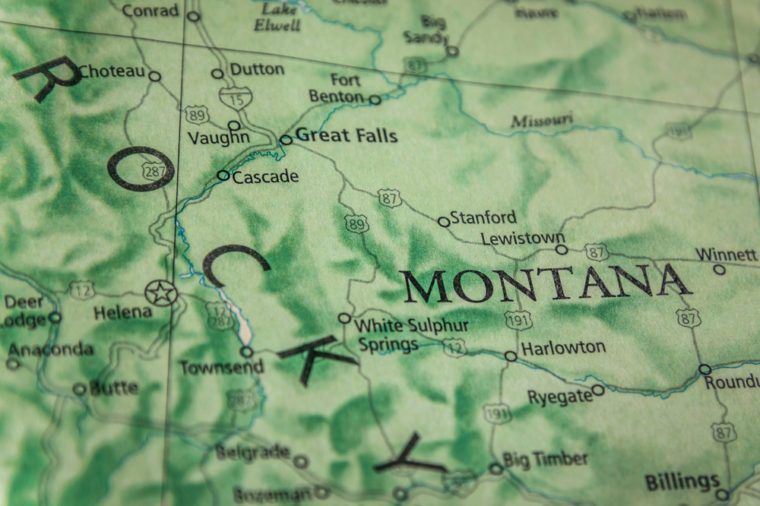 A. Montana memorializes the place where the Battle of Little Bighorn occurred, which killed 263 U.S. Army soldiers, and Sioux and Cheyenne warriors. It was one of the Indian’s last armed efforts to preserve their way of life and land before being forced onto reservations. 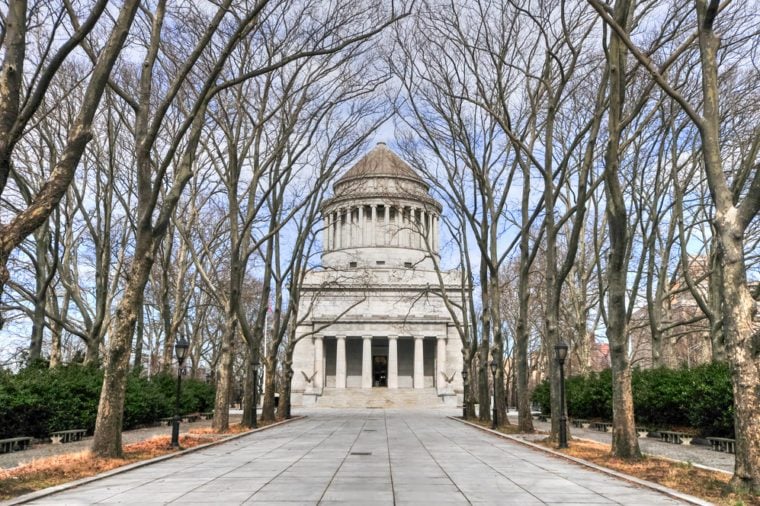 Where does this memorial stand? 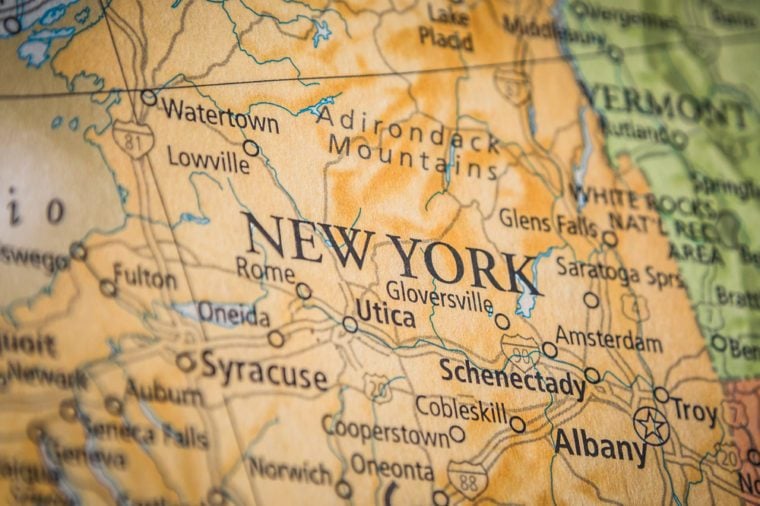 B. New York is where President Ulysses S. Grant was laid to rest in the largest mausoleum in North America, better known as the iconic General Grant National Memorial. The tomb was named after the former Union Army general to thank him for playing an integral role in ending the Civil War, the bloodiest conflict in American history. Even though we know Ulysses S. Grant was real, here are 10 other historical figures who may not have even existed. 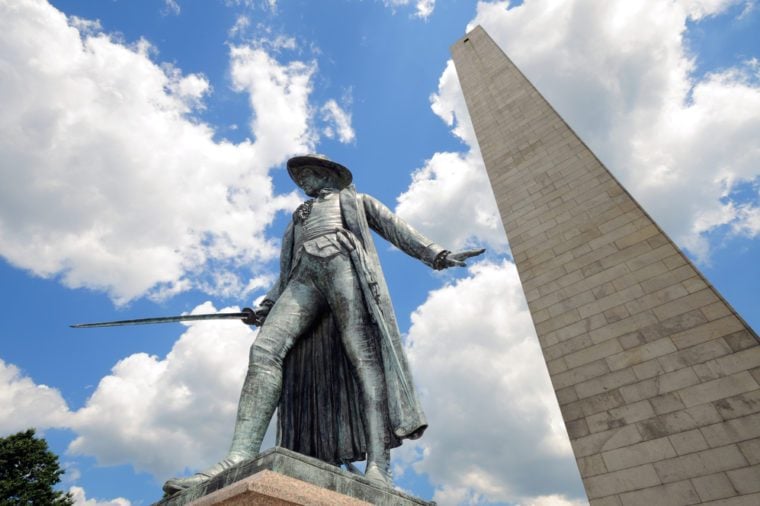 Where can you visit this monument? 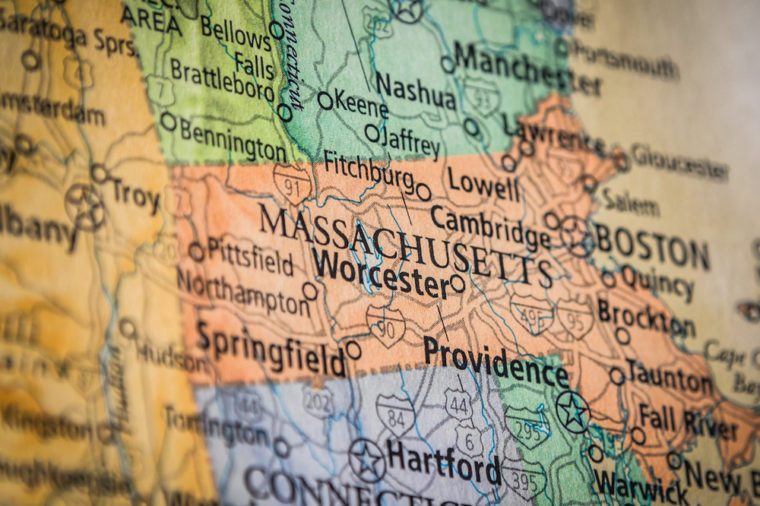 C. Massachusetts is where you can visit the Bunker Hill Monument, which honors those who fought in the bloody Battle of Bunker Hill in 1775. Despite losing to the British, the colonists earned themselves a huge confidence boost due to the significant casualties they inflicted against their enemy. Nearly half of the British soldiers and marines were wounded or killed in the fight. 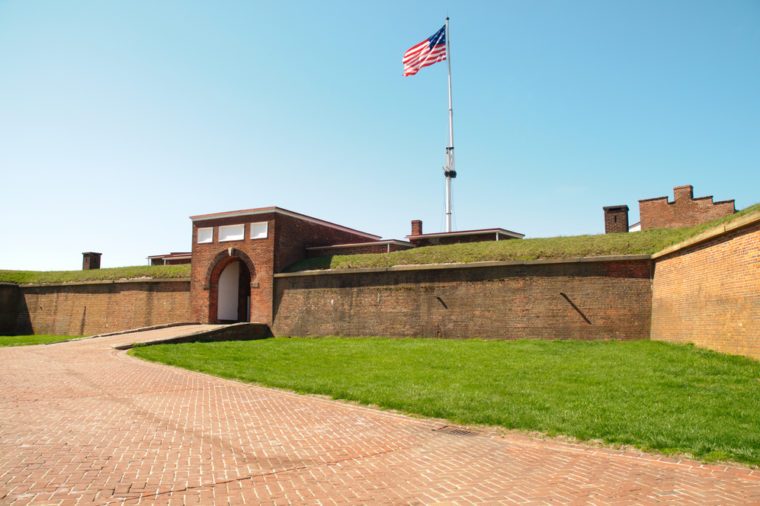 What state was this fort built in? 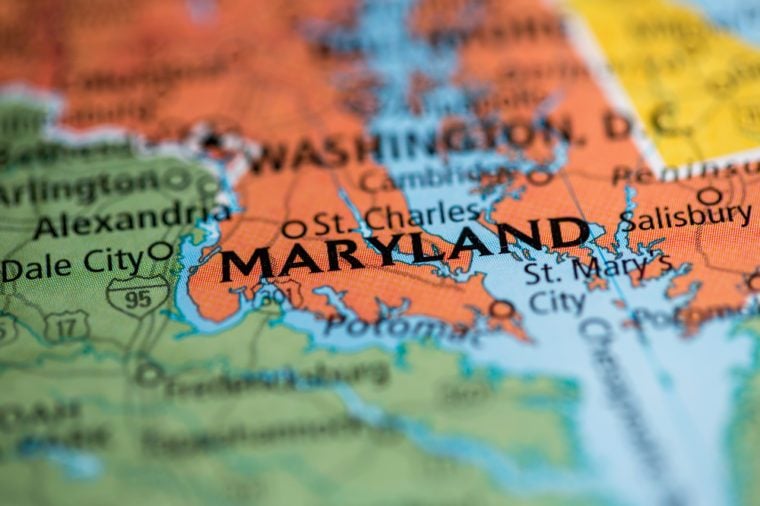 D. Maryland is where you can visit Fort McHenry, which was used in the War of 1812 when the American troops stopped a British invasion during the Battle of Baltimore. The courageous fight inspired Francis Scott Key to write the national anthem “The Star Spangled Banner.” Next, read up on the history lessons your teacher lied to you about.