These brave men and women fought for equality and acceptance and forged a path ahead for the LGBTQ+ community.

Members of the LGBTQ+ community have made amazing contributions to world history, yet often they are overlooked or painted with a brush that ignores who they loved and how they identified. From brilliant artists to famous nurses, activists, and astronauts, these amazing heroes stepped up and changed the course of history. Read on to learn about the accomplishments of these amazing human beings. Then, read up on when Pride Month is and how it began, along with inspiring LGBTQ quotes.

Born in 1912, Alan Turing was a groundbreaking mathematician and scientist who is considered to be the father of artificial intelligence and computer science. There was a time, however, when he was considered to be something else: A criminal. Turning was a British citizen and despite serving his country by breaking Nazi codes during World War II, he was arrested in 1952 in the United Kingdom for the “crime” of homosexuality. Given a choice between prison or chemical castration, he chose the chemical injections which eventually resulted in his impotency. Tragically, he died by suicide in 1954. Despite this inhumane treatment, Turning left the world with a brilliant blueprint for early computing. He was posthumously pardoned by Queen Elizabeth in 2013, nearly 60 years after his death. In 2016, the British government enacted Turning’s Law which pardoned thousands of people unjustly convicted of historical sexual acts that were, thankfully, no longer considered to be a crime.

In 1975, Sarah Jane Moore attempted to kill President Gerald Ford. She missed her target and when she raised her gun to shoot again, Oliver Sipple, a bystander, grabbed her arm and saved the president’s life. Sipple was a retired marine who served in Vietnam. After this heroic act, he was outed by the press, despite being a private person who had chosen to remain closeted to many of his friends and family. He filed a lawsuit, seeking damages. Sipple received a letter of thanks from the president but never got back his privacy and lived out the rest of his days wishing he hadn’t been thrust in the spotlight. Find out 52 astonishing facts you never knew about U.S. presidents.

Born Gertrude Pickett, Ma Rainey grew up to become known as the mother of the blues. In a time when most people were closeted, she sang openly about her relationships with other women and about living life as a black woman in America. She became a popular performer in the 1920s and her work inspired poets such as Sterling Brown and Langston Hughes. She also inspired playwright August Wilson and the novelist Alice Walker in later years. She broke barriers and paved the way for other women of color, including her protege, Bessie Smith. When she retired as a performer she established two music venues, offering opportunities to other performers.

The historic 1963 March on Washington, where Martin Luther King Jr delivered his iconic “I have a dream speech” was one of the most important organized protests in American history. An estimated 250,000 people showed up for the event even though only 100,000 were expected. One of the main organizers of the event was Bayard Rustin, a gay man who suffered discrimination both for the color of skin and for loving other men. Due to this, his work with events like March on Washington was largely behind the scenes. President Barrack Obama posthumously honored Rustin with the Presidential Medal of Freedom in 2013. Here are 20 of the most inspiring Martin Luther King Jr. quotes.

You probably heard the name Florence Nightingale in school but what the textbooks usually neglect to mention is the fact that she was gay. Born in 1820, the British Nightingale was best known as a nurse and also did groundbreaking work in statistics. Despite being publicly lauded as a brilliant, accomplished individual, Nightingale sadly, was not able to live her life the way she wanted to. She said the only person she ever loved passionately in her life was her cousin, Marianne Nicholson, but the feelings weren’t returned. To learn more about what Nightingale’s life was like, check out what nursing looked like 100 years ago.

Like Nightingale, you’ve probably heard of the famous chef James Beard, but what is usually overlooked is the fact that he was gay. Beard was a pioneer who starred in the first televised cooking series and the author of more than 20 cookbooks and numerous articles about the culinary arts. Today, the awards that bear his name are often referred to as the Oscars for the food and restaurant industry. Beard was publicly closeted until 1981 when he revised his memoir, Delights and Prejudices, to share the fact that he was gay. He died a few years later in 1985. These are the dishes professional chefs hate cooking the most. 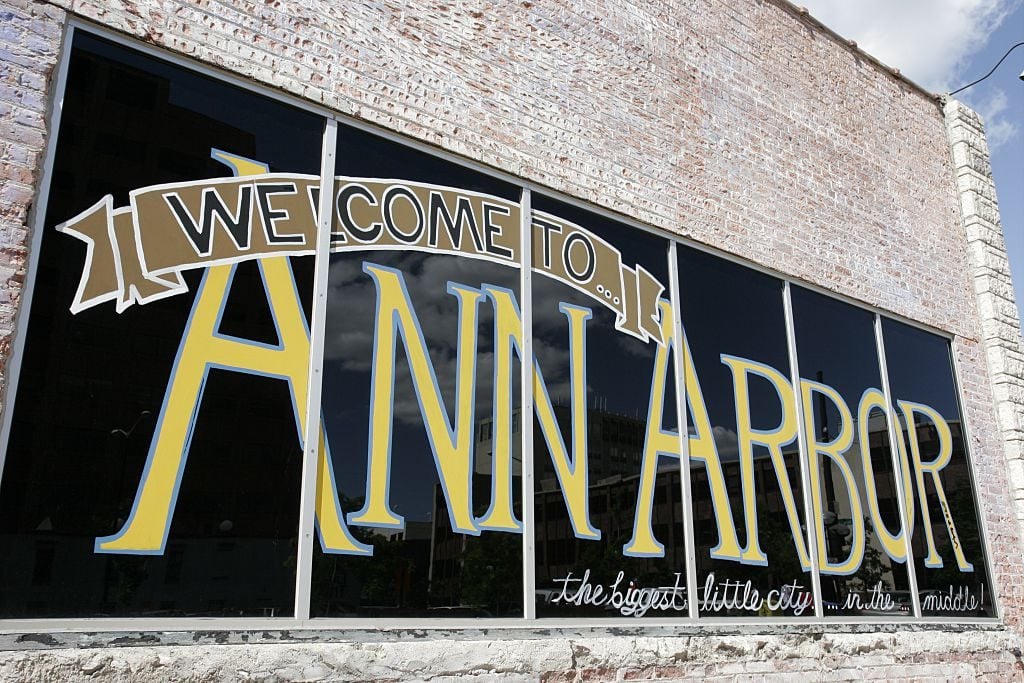 In 1974, Kathy Kozachenko was voted on to the city council of Ann Arbor, Michigan, making her the first openly gay person to be elected to office in United States history. At the time, she kept a low profile and although she didn’t hide the fact that she was gay, she didn’t focus on it or make it a fixture of her campaign. Kozanchenko dedicated her life and career to different aspects of social justice, including the civil rights of the gay community and people of color. Find out how the rainbow became associated with gay rights.

Christine Jorgenson, a veteran of the U.S. Army, was born George Jorgenson and struggled most of her life with the unshakable feeling that she was a woman trapped in a man’s body. Then, she did something about it. Jorgenson started taking hormones and eventually traveled to Denmark in 1951 for what was then called sexual reassignment surgery. Her transformation became front-page news after a letter she wrote to her parents about the surgery was leaked to the press. She decided to embrace her newfound fame and became a singer, dancer, and performer and later, an advocate for others facing the same struggles she once did. Don’t miss this moving story about how a writer came out to her grandmother: her reaction left her speechless.

Born in 1945, Marsha P. Johnson, a transgender woman, was a tireless advocate who never stopped working for the oppressed. She fought against police brutality, demanded rights for the LGBTQ+community, worked to make life better for people in prison, sex workers, and homeless teens. She worked at times as a drag performer and sex worker. She also struggled with mental health issues and was intermittently homeless. She was part of the 1969 uprising at Stonewall Inn in 1969, a pivotal moment in LGBTQ+ and United States history. Johnson is one of the many ordinary people that changed history.

In 1975, Dave Kopay had been retired from the NFL for three years when he stunned the world by revealing he was gay—the first time a professional U.S. football player had made such a revelation. At the time, he didn’t anticipate how big the announcement would be nor did he plan to become an advocate, however, he was quickly thrust into the spotlight and found himself blackballed from working as a coach in the league, which he’d previously hoped would be his next career move. Determined to help other young people, Kopay became a major donor to the Q Center at his alma mater, the University of Washington, which provides resources and services for LBGTQ students. These are the 10 best football movies of all time.

Barbara Gittings recalled being discriminated against for being gay as early as her years in high school and college but refused to believe there was anything wrong with who she was. She later became an activist and participated in the first gay march outside the White House in 1965 protesting discriminatory employment. Today, the sign she carried is part of the Smithsonian Institution along with copies of the revolutionary magazine she edited, The Ladder. Gittings successfully lobbied the American Psychiatric Association to remove homosexuality from a list of psychological disorders and many call her the mother of gay and lesbian activism. Here are six ways to be an LGBTQ ally.

As one of the first female NASA astronauts and the first woman to fly in space, Sally Ride is well known as one of the most famous women in flight. What most people don’t talk about, however, is the fact that this amazing, groundbreaking woman is the first openly gay U.S. astronaut, even as this acknowledgment came after her retirement from NASA. In 2013, a year after her passing, Obama honored her accomplishments with a posthumous Presidential Medal of Freedom, which was accepted by her partner. Here are more amazing facts about the women of NASA.

When AIDS first laid its deadly claim to the gay community in the 1980s, Larry Kramer wrote an essay in the New York Native calling on the gay community to rally, face the imminent danger, and embrace their anger about the situation. From that moment on, he became one of the most prominent voices in the AIDS crisis and an advocate for research, civil rights, and the prevention of AIDS along with the care for people inflicted by the disease. In addition to being an activist, Kramer was also a novelist, screenwriter, playwright, and an openly gay man. Despite Kramer’s work alongside other advocates of the LGBTQ+ community, unfortunately, some human rights still aren’t universal.

Next, learn the meaning behind these LGBTQ flags and what LGBTQ stands for.