Though it may be best known as American Independence Day, a lot more has happened over the centuries on July 4. 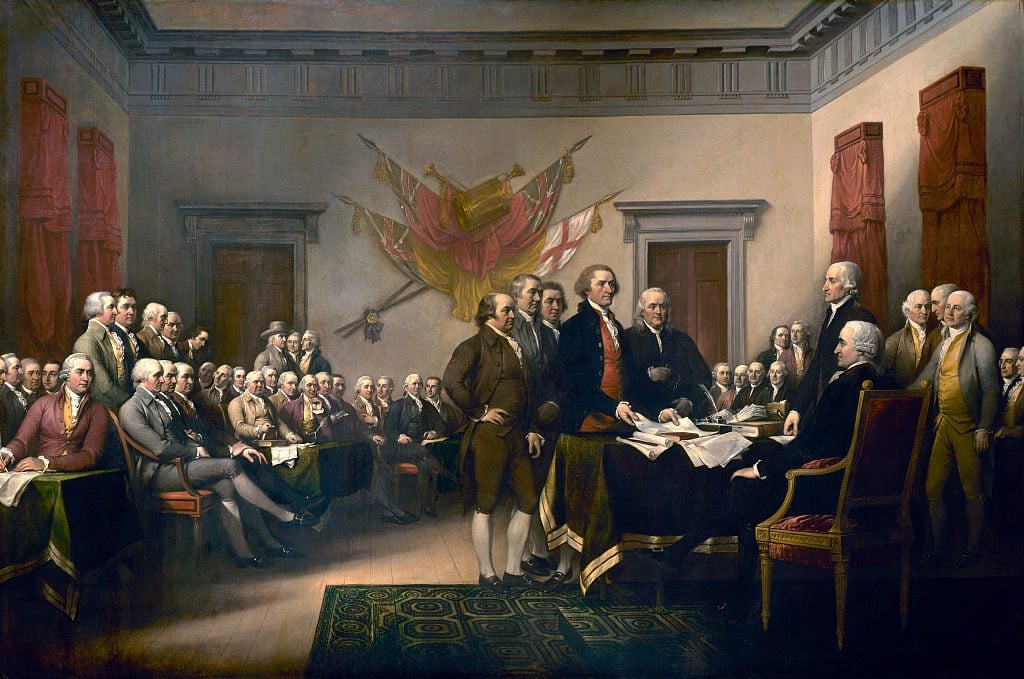 More on the 4th of July

When people in the United States talk about the 4th of July, it’s usually in the context of it being Independence Day in America. From a historical perspective, this refers to the day that the Continental Congress formally adopted the Declaration of Independence in 1776. Technically, the vote was held on July 2, 1776, but it took two days for delegates from the 13 colonies to actually adopt the document. At any rate, the 4th of July has been a federal holiday in the United States since 1941 and has become the major event of the summer, with fireworks, barbecues, and festivals marking the occasion. But while the day may be best known for its place in America’s road to independence from Great Britain, there are plenty of other things that happened on that day. Find out why we set off fireworks for the 4th of July. 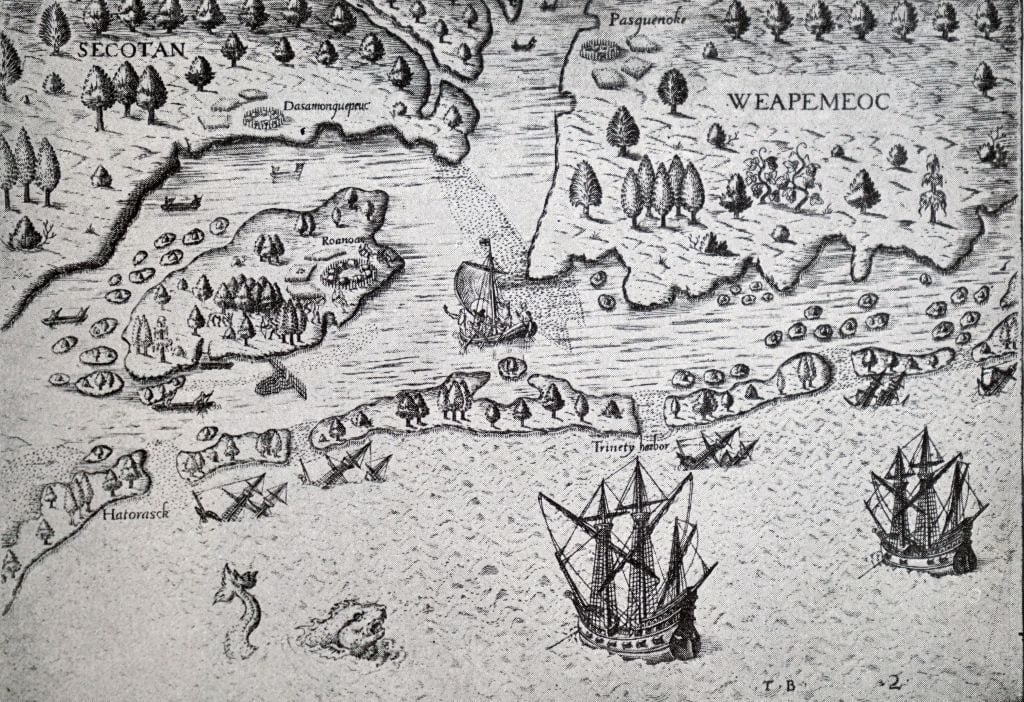 Long before the Mayflower landed on Plymouth Rock, two other English ships made their way to what is now the United States. The Amadas and Barlowe Expedition—led by Captain Philip Amadas and Master Arthur Barlowe—was the first English voyage to Roanoke Island. The ships left England on April 27, 1584, and arrived in the New World on July 4th of the same year, landing near present-day Ocracoke Island in North Carolina. After spending around six weeks exploring the area, Amadas and Barlowe returned to England, bringing enough information to make Sir Walter Raleigh confident in his plans to establish the first English colony in America in 1585. Interested in more facts? Here are 18 history lessons your teacher might have lied to you about.

Six years before American declared its independence, Wolfgang Mozart received the high honor of being granted papal knighthood. A letter conferring the knighthood praises Mozart for having excelled in “suavissimo cymbali sonitu“—meaning literally “the sweetest sound of cymbals”—since his early in his childhood, Robert Greenberg, PhD, music historian-in-residence with San Francisco Performances tells Reader’s Digest. In his class on music history for The Great Courses Daily, Greenberg discusses how Mozart got to this point: Specifically, that his father, Leopold, petitioned the pope to recognize his son’s musical achievements. Though Leopold did exaggerate a bit—not to mention claiming that Wolfgang’s ability to write a piece of music called “Miserere” was a divine miracle—the pope agreed to it and awarded Wolfgang with the chivalric “Order of the Golden Spur.” 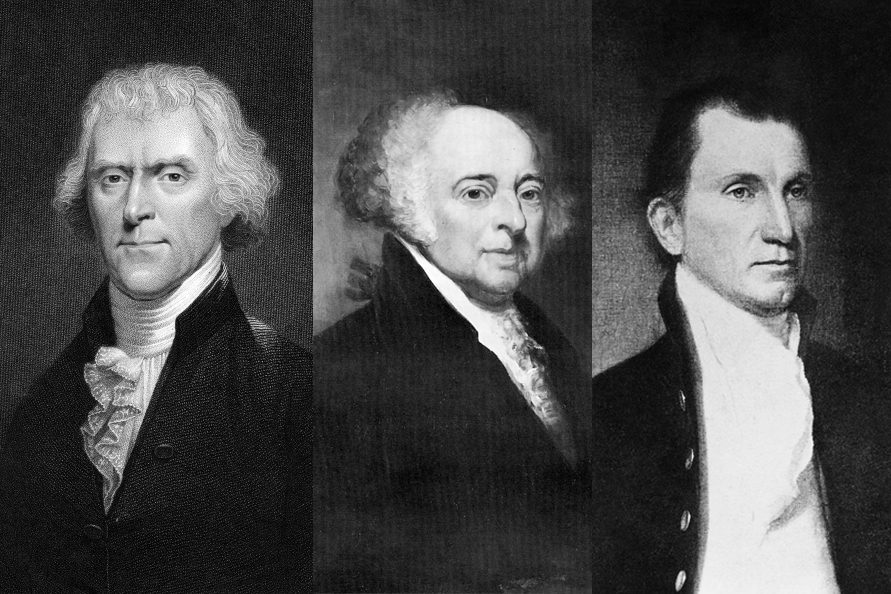 Most people know that Thomas Jefferson, John Adams, and James Monroe were all “Founding Fathers” of the United States, and each eventually became president. But did you know that they all died on July 4th? Both Jefferson and Adams passed away on July 4, 1827, while Monroe held on for four more years, dying on July 4, 1831. Naturally, this has caused many to wonder if this was some sort of coincidence or something larger at play. This is something statesman Daniel Webster addressed in his 1826 eulogy for Jefferson and Adam (and keep in mind this is before Monroe’s death): “The concurrence of their death on the anniversary of Independence has naturally awakened stronger emotions,” Webster said. “It cannot but seem striking and extraordinary, that these two should live to see the fiftieth year from the date of that act, that they should complete that year, and that then, on the day which had fast linked forever their own fame with their country’s glory, the heavens should open to receive them both at once.” Here are 20 other things you didn’t know about the 4th of July. 1827: Cherokee Nation leaders started the process of creating a constitution

Fifty-one years after the United States gained independence from Great Britain, the leaders of the Cherokee Nation opened a convention that would eventually lead to the adoption of their own constitution. “Modeled on the U.S. and other state constitutions, it reflected Cherokee values and was meant to protect Cherokee sovereignty,” Daniel M. Cobb, PhD, associate professor of American Studies at The University of North Carolina, Chapel Hill tells Reader’s Digest. “The foot of the oppressor certainly wasn’t on the necks of the Cherokees who made this full-throated proclamation of continuing independence.” In his class on Native American history for The Great Courses Daily, Cobb highlights this overlooked milestone in the American narrative. Here are other parts of U.S. history you never learned in school. 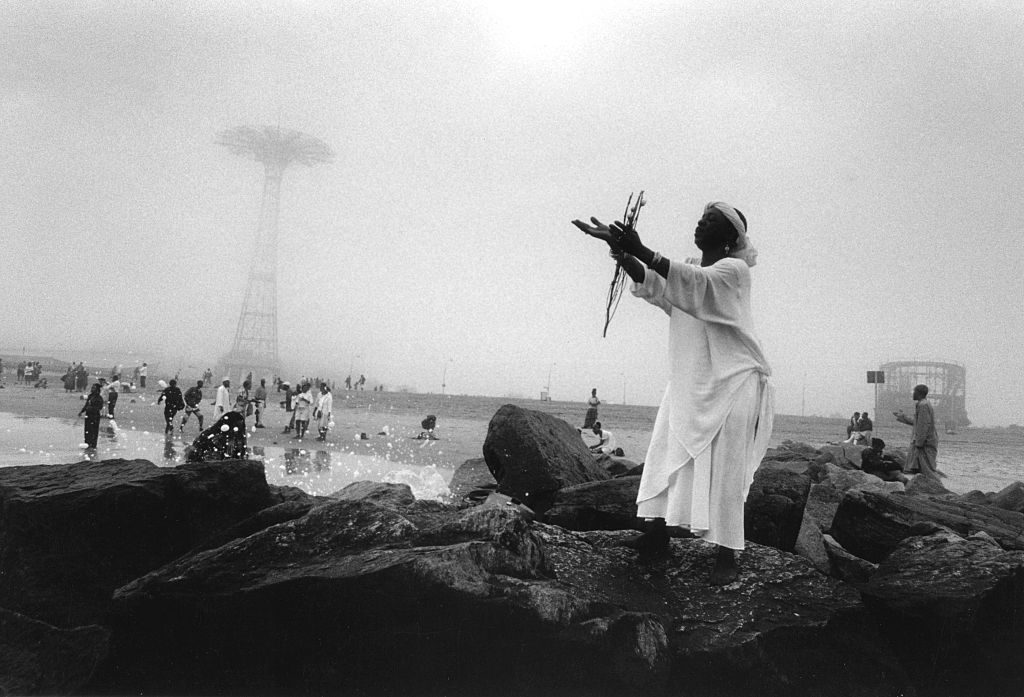 For enslaved people in New York City, July 4, 1827, was a different type of independence day, marking the day that the city abolished slavery. And though we may not think of the Big Apple as a place where slavery flourished, for many years, that was the case. The first recorded Black individual to live in New York City arrived in 1613, and was the only non-native person of color in Manhattan until 1621, when the Dutch West India Company built a settlement and began using African slave labor. By 1711, the city had established its first slave market, and by 1742, 42 percent of the White population utilized the labor of enslaved people. And while technically, slavery was abolished in New York City in 1827, an illegal trade continued—along with racism, segregation, and anti-Black violence—for much longer. Find out why one Black American doesn’t celebrate the Fourth of July. 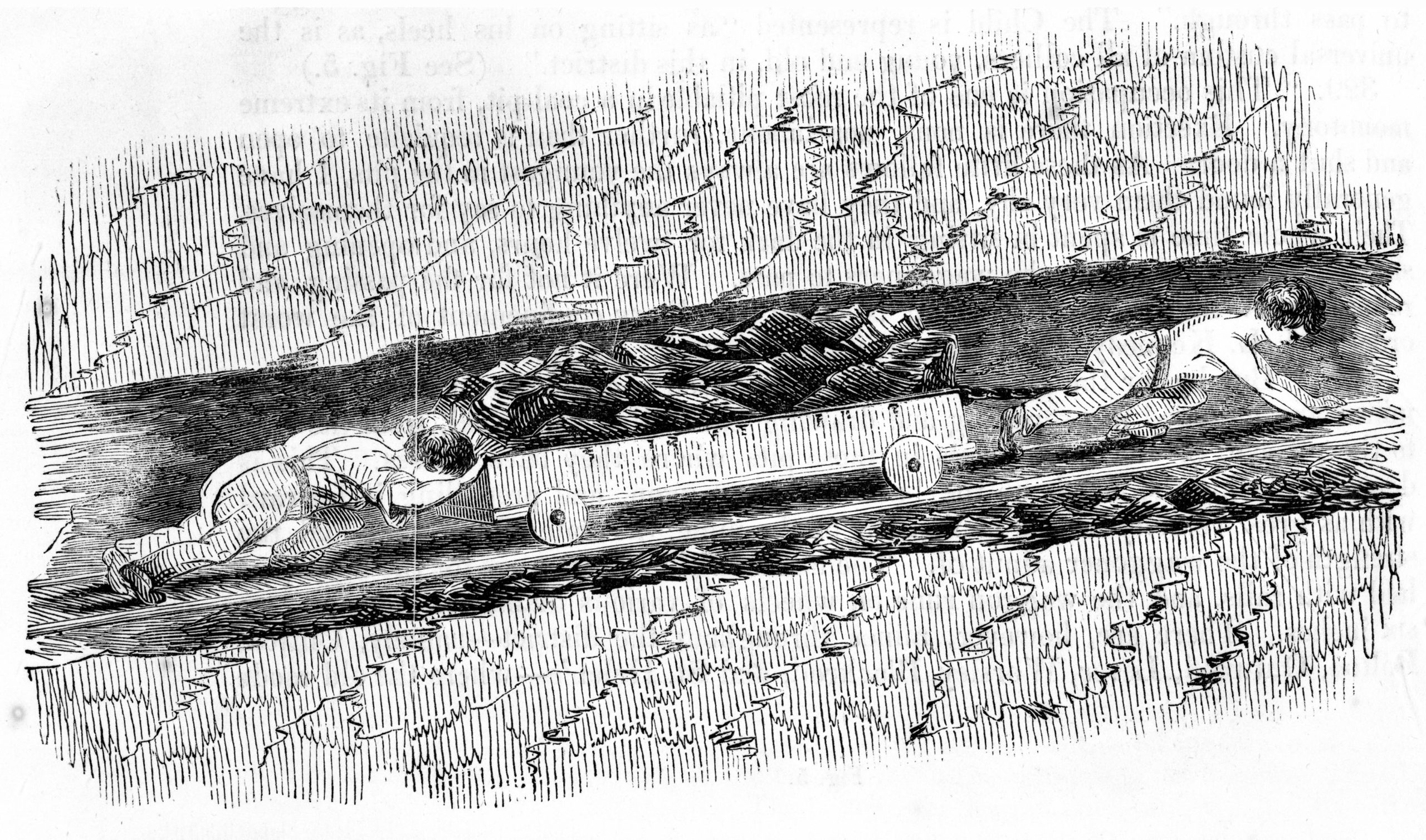 In Silkstone England, a mining pit flooded on July 4, 1838, resulting in 26 children drowning. The report filed after the incident made note of the deplorable working conditions children faced in mines. The youngest victim was seven-year-old James Burkinshaw, and the oldest was 17-year-old Hannah Taylor. Though mining deaths were relatively common at this time, the Huskar Pit Disaster truly shook English mining communities because of the significant loss of life involving children. This led to public outcry, which ultimately brought about the 1842 “Mines and Collieries Act,” which prohibited boys under ten, and all girls, from working underground and was a major step forward for child labor laws. Today, these 13 children’s rights still aren’t universal but should be. 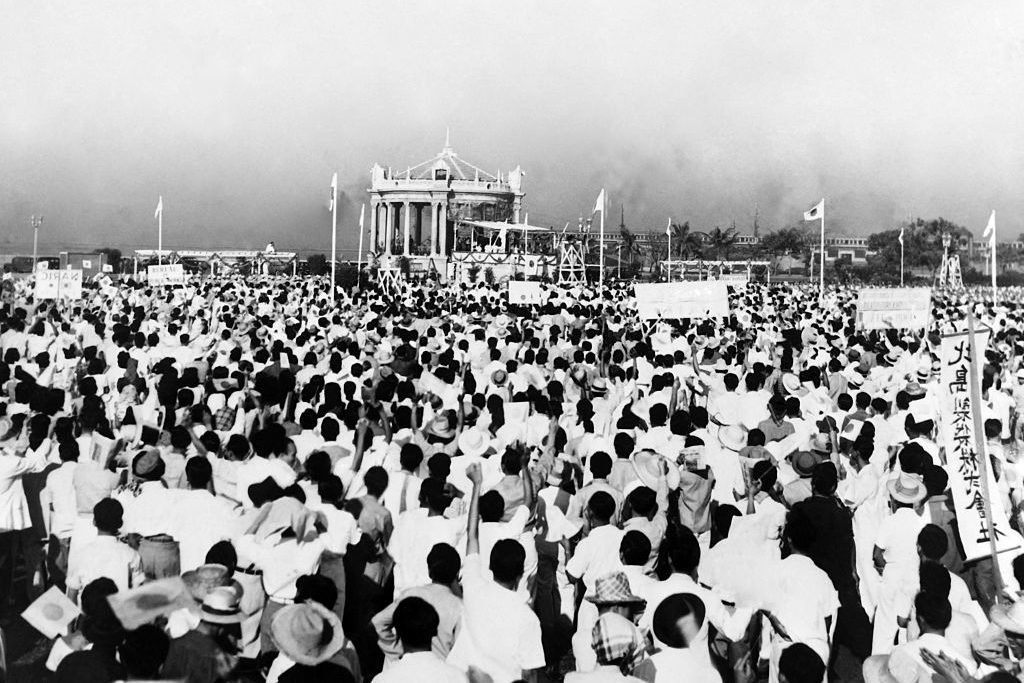 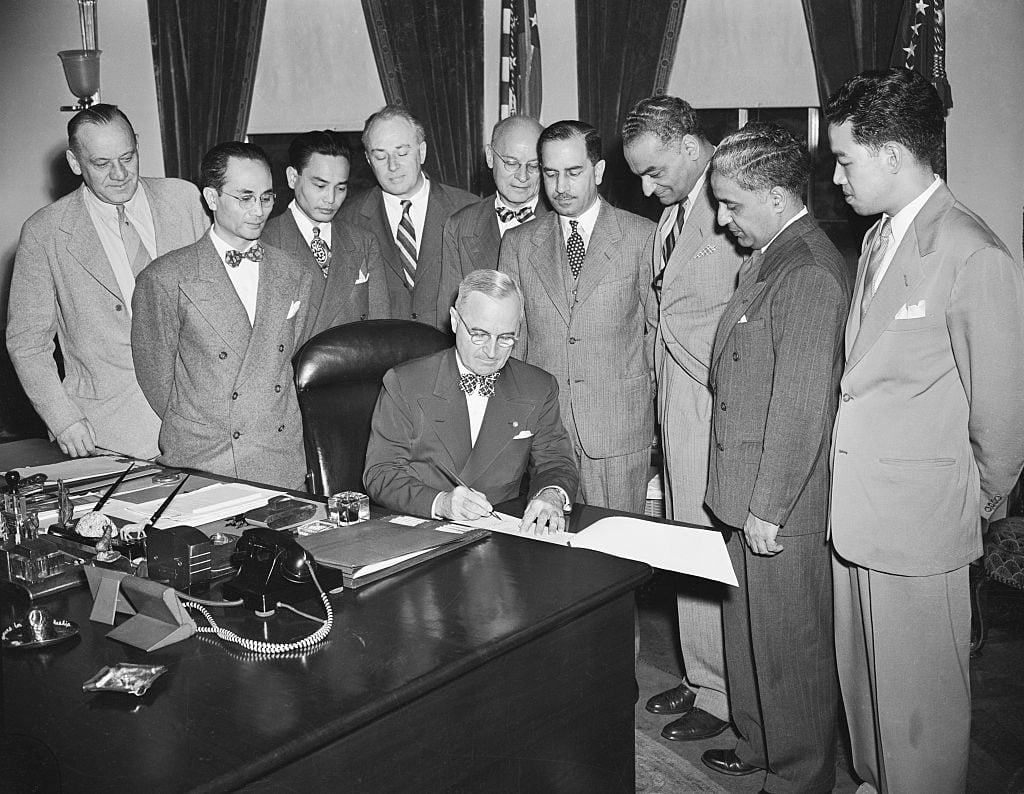 Following World War II, many colonies and protectorates began seeking independence, including Puerto Rico. The United States officially took control of Puerto Rico in 1898. By 1917, Puerto Rico was a U.S. territory, and Puerto Ricans became U.S. citizens, resulting in a wave of immigration to urban areas like New York City in the 1920s. But by the end of World War II, Puerto Rico wanted actual independence—not simply to be a territory. The United States wasn’t ready to make that jump, so on July 4, 1950, President Harry Truman signed Public Law 600, which named Puerto Rico a “commonwealth,” meaning that it wasn’t independent, nor was it an official state of the union. The main changes were that Puerto Rico could elect their own governor, write their own constitution, engage in free trade with the United States, and have a non-voting representative in Congress. Find out why Washington, D.C. isn’t a state, either. 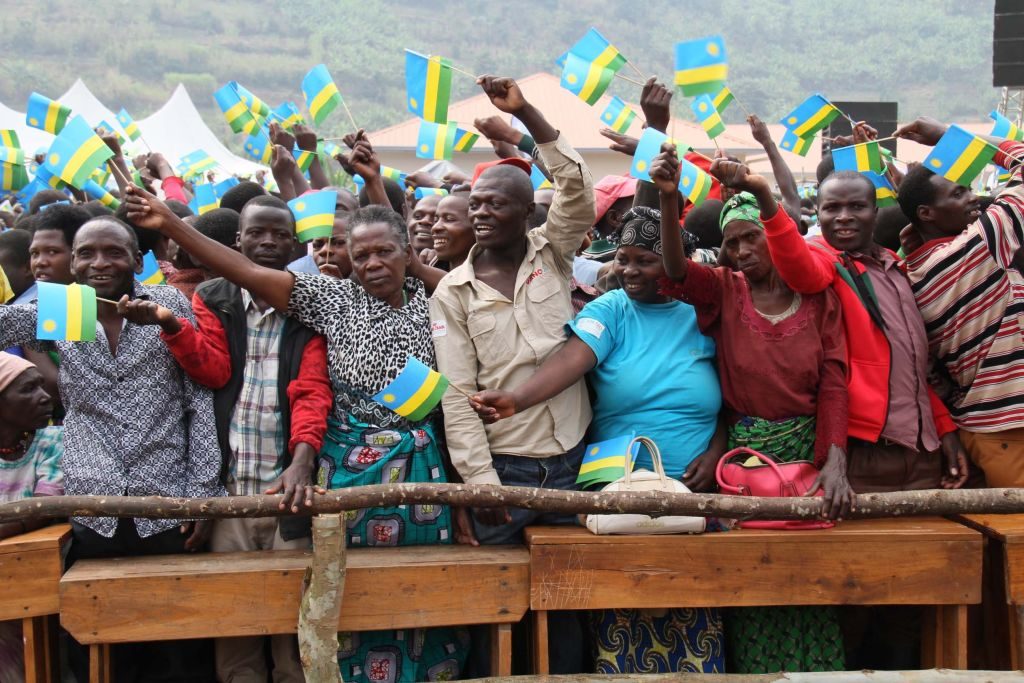 For people in Rwanda, the 4th of July is known as Liberation Day, not Independence Day. This is because it marks the day that the rebel army marched into Kigali, and ended the genocide against the country’s Tutsi minority population; more than 800,000 deaths occurred over the course of three months. Though both the United Nations and Belgium had forces in Rwanda during the genocide, the UN mission was not given a mandate to stop the killing. Following the genocide, around two million Hutus fled to the Democratic Republic of Congo (known at the time as Zaire), while others went to Tanzania and Burundi out of fear of revenge attacks. 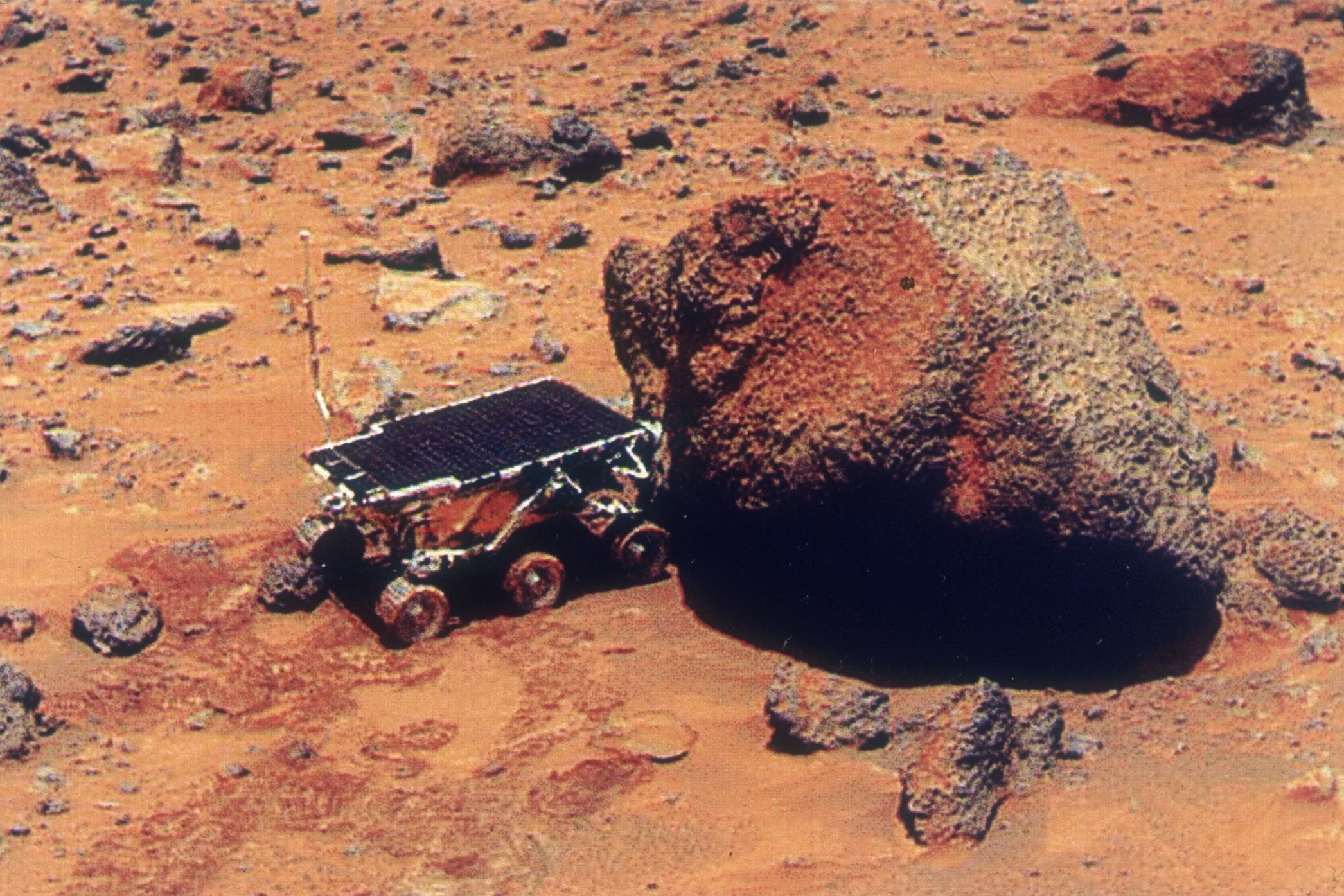 NASA launched Pathfinder on December 4, 1996, and exactly seven months later (July 4, 1997) it landed on Mars. According to NASA, Pathfinder “was designed as a technology demonstration of a new way to deliver an instrumented lander and the first-ever robotic rover to the surface of the red planet.” Not only did it do this, but it also produced an unprecedented amount of information, going above and beyond its original mission. By the time it returned to Earth on September 27, 1997, Pathfinder had transmitted 2.3 billion bits of information (including more than 16,500 images from the lander and 550 images from the rover), more than 15 chemical analyses of rocks and soil on Mars, and extensive data on winds and other weather factors on the planet. Want to put your name on Mars? NASA is letting people do exactly that. 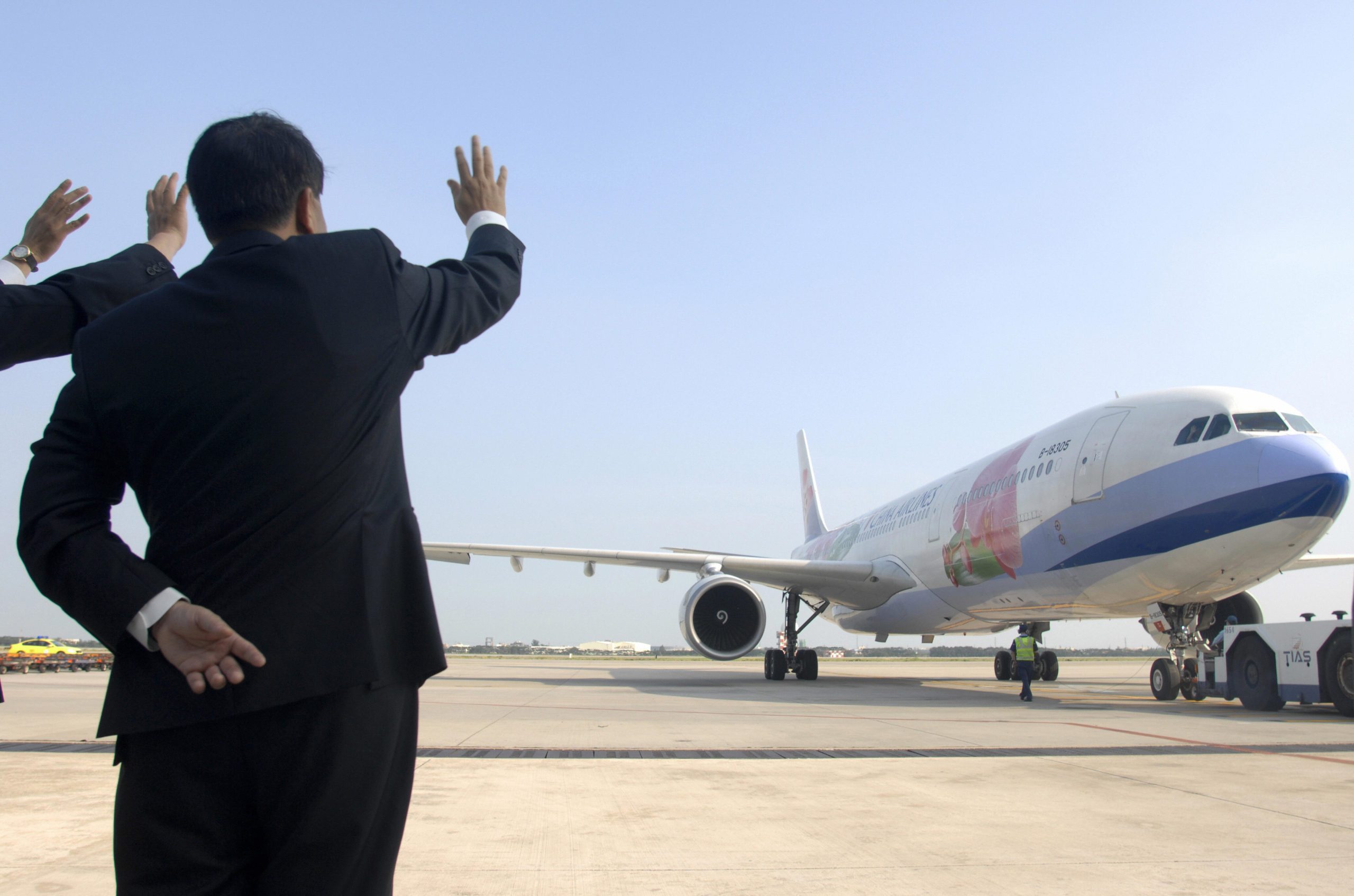 2008: The first direct flight from Taiwan to China

Though there are hundreds of years of history between the People’s Republic of China and the island of Taiwan, there was significant tension in 1949, following their civil war. Estranged since then, China and Taiwan implemented policies like banning flights between the two places. Though conditions began to improve in the 1980s, this travel ban remained in place until July 4, 2008, when the first direct flight between Beijing and Taiwan brought tourists to Taipei. “For generations, mainland residents have wanted to visit Taiwan because we’ve read so much and heard so much about the island,” Zhang Yu, a passenger on the flight to Taipei told the New York Times in 2008. “I don’t think one ten-day trip is enough.” 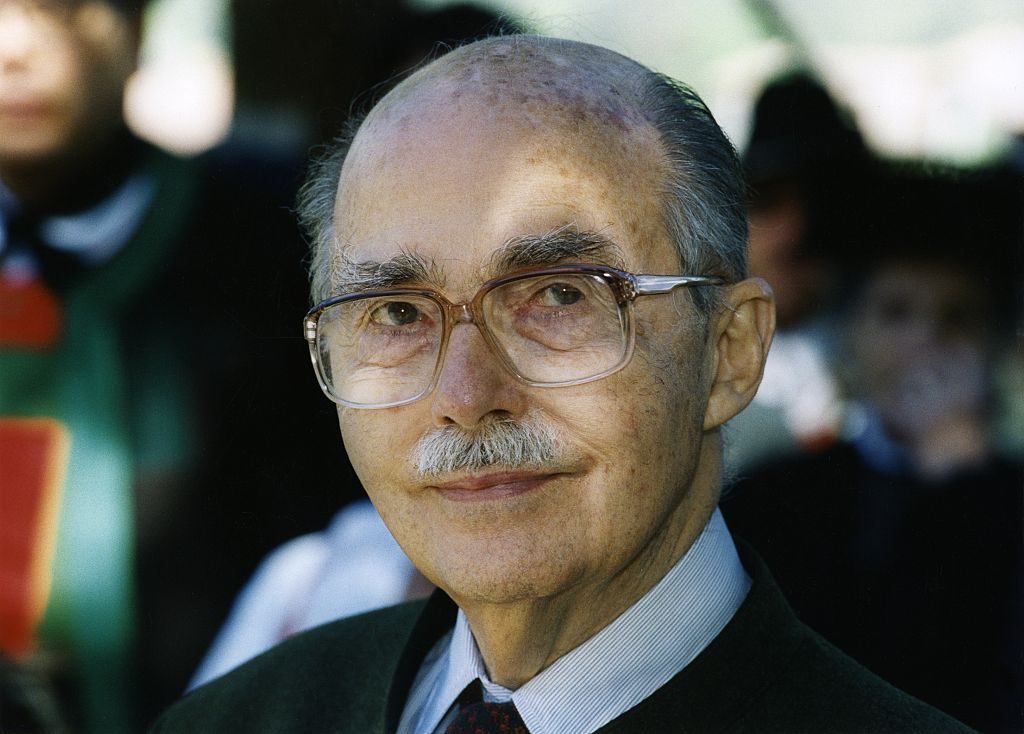 On July 4, 2011, Otto von Habsburg—the final heir to the Austro-Hungarian Empire—died in Germany at the age of 98. And though Habsburg never had a chance to rule the empire, he did serve as a member of the European parliament for more than 20 years and was an outspoken opponent of the Nazis in the late 1930s. But back in 1919, at the end of World War I, the family went into exile after their empire collapsed. In 1961, Habsburg officially relinquished his claim to inherit the empire, and in 1966, was permitted to return to Austria for the first time since his family’s exile. Next, read on for the 16 history questions everyone gets wrong.