We have to admit—the second fail on this list is still pretty adorable. 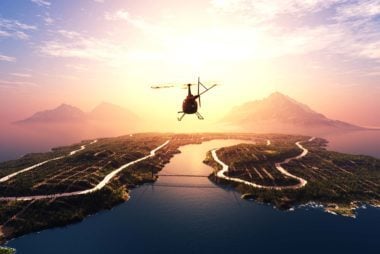 Some say rain on your wedding day is a good luck charm, but how about a little vomit during your marriage proposal? Darrel Hamilton of Reedily, California, came up with the idea to pop the question to his girlfriend exactly a year ago while he was traveling to the coast. “I was listening to music, and the beautiful landscape around me inspired me to want to get a good view of the beautiful terrain back at home for my girlfriend to see,” Hamilton told Reader’s Digest.

But his proposal in the air didn’t go exactly as he envisioned. After a few minutes of flying in a helicopter, Hamilton started to feel ill. Trying to keep it together you can see his face turning a pale shade of gray in the video he posted to YouTube. As the pilot circles so that Hamilton’s girlfriend can spot the proposal sign he’d made, he quickly eeks out “will you marry me” and hands her the ring before vomiting right at her feet. But a little puke didn’t completely ruin the event. Hamilton said not only did his fiancée happily say yes to his marriage proposal gone-wrong, but they were able to visit the sign he made once they were back on solid ground. And then they headed over to tell their parents the good news.

“My dad a former military infantry soldier who jumped out of helicopters gave me a hard time about throwing up,” admits Hamilton. But not his friends. Instead, they thought it was hysterical and convinced Hamilton to post his marriage proposal fail to YouTube. 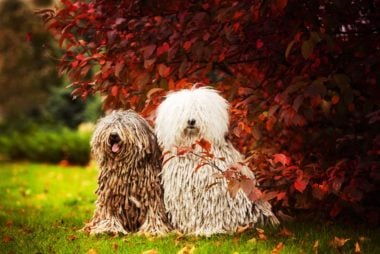 When a Hungarian IT company found a stray Puli dog wandering the streets outside their office in Budapest, they took him in. That’s how Floppy became the official company pooch. But even with all his new IT co-workers to lick, Floppy felt something was missing from his furry life. When he came across the Facebook page of Mark Zuckerberg’s (yes, that Mark Zuckerberg) Puli dog—Beast, it was love at first click. So this past Valentine’s Day, Floppy launched his own video proposing marriage to Beast. Perhaps, not a total marriage proposal fail, as so far Beast has not responded and Floppy hasn’t given up hope. Some might say Floppy is only after Beast’s money, but if you watch Floppy’s video you can see this puppy love is the real thing. 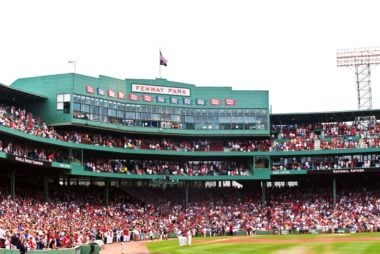 The Sweet Caroline lyrics “Good times never seemed so good,” don’t seem to apply for two different bachelors who suffered public marriage proposal fails. Sweet Caroline, which Neil Diamond was inspired to write after seeing a photo of a young Caroline Kennedy, is the official song played before the bottom of the eighth inning at every Red Sox home game. But there was nothing sweet to sing about for one guy who struck out big time at Fenway Park. Caught arguing with his supposed girlfriend on the Jumbotron score board in what was expected to be a public marriage proposal, the cameraman quickly cuts away leaving Red Sox fans speculating about this marriage proposal fail. They took to Twitter to express their concern with tweets like, “The scoreboard proposal at Fenway may have just gone awry. There was no hug, the camera cut away and the crowd groaned.” Another tweet reads,”This guy just proposed at Fenway on camera. She said no. Now they are arguing. That poor camera man.”

Sweet Caroline couldn’t save another fellow who got on one knee in the midst of a crowded food court to propose. As a guitar player belts out the famous tune and gathering onlookers snap photos, the stunned girl dodges through the crowd while covering her mouth. The guitar player gives the poor guy a few consolatory pats on his back and one wonders if he should have broken into Neil Diamond’s “Love on the Rocks” instead. 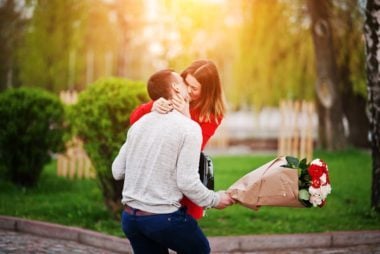 When photographer Jacob Peters hiked up to the peak of scenic Hawksbill Crag in Arkansas to take shots of a marriage proposal at sunrise, he thought he’d nailed it. As planned, he took tons of shots of the young couple he spotted in the distance.

“Around 6:17 a.m., a young couple shows up. It’s them. I’m sure of it. A little late but still not too late,” the photographer wrote on Facebook. “He pulls out a ring, kneels down behind her. She turns around and starts crying and hugs him and it’s obvious she said yes and all went well.”

But when his congratulatory text message to the couple is met with his client’s confusion claiming he never showed, Peters discovers he took photos of a different couple. His real clients arrived later to the spot.

“Basically I spent six and half hours, $40 in gas and food, 450 photos, and took the wrong couple’s photos,” Peters said.

Although his client never got the shots they had hoped for, Peters took to social media and tracked down his mistaken identity lovebirds and offered them the photos free of charge. 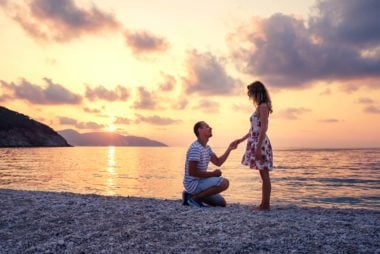 My precious is lost

If you’re a fan of The Hobbit or Lord of the Rings, you feel for Gollum a little bit when he loses his precious…the ring. These couples were as distraught as Gollum after losing their own precious rings before having a chance to even wear them. One antsy groom-to-be had hung the ring from a chain around his neck for safekeeping until he could pop the question at sunset on the beach. But as he kneeled down to take the ring off the chain, the necklace snapped and the ring disappeared into the sand. After fruitlessly searching the couple rented a metal detector and the ring was found in less than three minutes. But another couple was not as lucky. Upon proposing to his girlfriend at Maryland’s picturesque Cunningham Falls, the engagement ring went flying right into the chilly falls below. 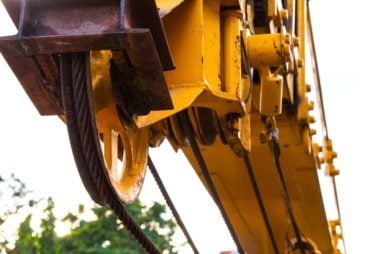 Hiring a crane to hoist you up to profess your love at your girlfriend’s window sounds very romantic until things come crashing down—literally. A man in the town of Ijsselstein in Amsterdam rented a crane so he could play a song and then pop the question in front of his lady love’s bedroom window. But the crane had other ideas, smashing into the building and taking out a neighbor’s apartment. The starry eyed man made it to safety and remarkably no one was hurt. A larger crane was brought in to carry out the smaller crane causing further damage to six more apartments. According to the Algemeen Dagblad newspaper, “the girlfriend said yes anyway.” Obviously this is one couple that really fell for each other. Here are some great ways to travel to Europe this summer, and you won’t need a crane to get you there.