Think you know everything there is to know about the civil rights legend’s life? Here’s the truth behind some common myths.

Few Americans are as widely celebrated as Martin Luther King, Jr. In fact, he is the only person to have a nationwide holiday named after him. Martin Luther King, Jr. Day is observed on the third Monday in January each year, and in case you were wondering, this is how his birthday became a federal holiday. But despite his fame, much of the common lore surrounding the civil rights leader’s life is actually false. Here are the most popular myths you’ve probably heard repeated over the years—and the actual facts.

Myth: His first name was Martin

Get this: King’s birth name was actually Michael. The civil rights leader was named after his father, a pastor at the Ebenezer Baptist Church in Atlanta. However, after a trip to Germany in 1934, King Sr. was so inspired by the Protestant Reformation leader Martin Luther that he changed his name—and his then-5-year-old son’s. According to Time, some of Martin Luther King, Jr.’s closest relatives continued to call him Mike throughout his life. Here are another 16 history questions almost everyone gets wrong.

Myth: He was a serious man

Your history teacher may have described King as a grim person, or you may have inferred that yourself after hearing his famous speeches. But those who actually knew him say that wasn’t the case, despite the incredibly serious topics he tackled. “He was the comedian of the civil rights movement,” Rev. Lewis Baldwin, an MLK historian, told CNN. King even tried his hand at stand-up comedy after graduating from college, according to the History Channel. While his career as a comedian was ultimately short-lived, he was known to crack jokes with friends even after he became a public figure. You’ve probably been picturing these historical figures all wrong, too. 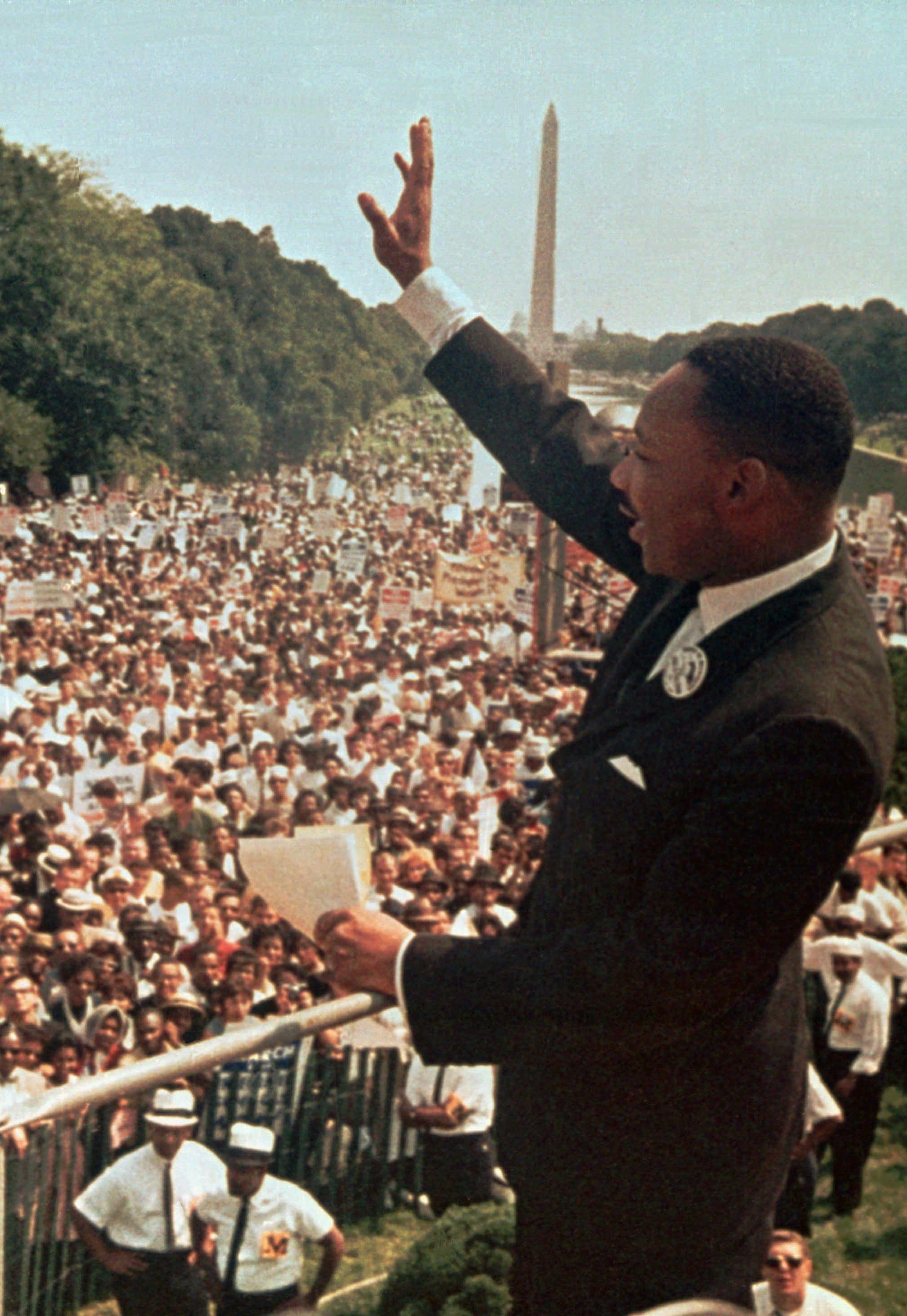 Myth: His “I Have a Dream” speech made him famous

Contrary to popular belief, King’s “I Have a Dream” speech did not launch his career as a civil rights activist. He actually rose to fame six years before, when he spoke about voting rights during the 1957 Prayer Pilgrimage for Freedom. It was his first national address, and he delivered it to a crowd of thousands gathered at the Lincoln Memorial. His charisma and inspiring message quickly made him an icon for the civil rights movement. Soon, he was asked organize other peaceful civil rights protests around the country. Believe it or not, these 9 historic moments never actually happened.

Myth: He was an actual doctor

This one’s a bit tricky. He was a doctor—just not the type you might think. Although history books may place the title of “Dr.” before Martin Luther King, Jr.’s name, he wasn’t a medical doctor. King earned a Bachelor of Arts in sociology from Morehouse College and a Bachelor of Divinity from Crozer Theological Seminary, but he didn’t stop there. In 1955, he graduated with a doctorate degree in systematic theology from Boston University—where he also met his wife, Coretta. Check out these bizarre historical coincidences throughout history.

There’s no doubt that King will be remembered as the face of the civil rights movement. But he did not change history alone. Civil rights activists E.D. Nixon and Reverend Vernon Johns are among the several key figures now considered the “fathers” of the civil rights movement. Decades before King joined the cause, both Nixon and Johns bravely spoke out against discrimination in the South, the former leading marches for voting rights and the latter refusing to sit in the back of the bus. For more inspiration, watch these thought-provoking movies on Martin Luther King, Jr. Day.

Myth: He was a natural public speaker

If you think public speaking came easily to King, you wouldn’t be alone. He never seemed to shy away from the chance to speak before a crowd, after all, and his voice and his oratory style were both incredibly powerful. However, evidence suggests that King was not a natural-born orator. Believe it or not, he received a C in public speaking while attending seminary school, according to the National Constitution Center. King’s “I Have a Dream” speech may be his most iconic, but these other inspiring quotes from Martin Luther King, Jr. will give you chills, too.

Myth: He always wanted to be a minister

When King enrolled at Morehouse College in 1944, he had no plans to preach. He may have been the son, grandson, and great-grandson of Baptist ministers, but King preferred to study subjects like law and medicine—that is, until Benjamin E. Mays, the president of Morehouse and a respected theologian, got to know King and changed his mind. Thanks to Mays, King enrolled in seminary after receiving his bachelor’s degree. While a lot of thought likely went into this decision, that wasn’t the case for these 10 split-second decisions that changed history.

Myth: He only focused on racism in the U.S.

Most movies paint a picture of King’s life using the famous civil rights demonstrations that he led, including bus boycotts, sit-ins, and marches throughout the South. Certainly, those were seminal moments for him and for America, but King’s ambitions for change reached way beyond racial equality in the United States. He wrote about the struggle for decolonization in Africa and Asia, comparing it to the American campaign for civil rights. And toward the end of his life, he also spoke out against the Vietnam War and America’s aggressive position against communism abroad. Here are 18 history lessons your teacher lied to you about.

Myth: He was a Republican

Because the Republican Party was still considered the party of Abraham Lincoln during King’s lifetime, many African Americans (including King’s father) voted for Republican politicians. Civil rights scholars do not believe that King himself was connected to the Republican Party, though. In fact, he was known to be critical of both political parties, saying, “They both have weaknesses. And I’m not inextricably bound to either party.” These 51 well-known “facts” are also actually false.

Myth: He and Malcolm X were enemies

At first glance, King and Malcolm X might seem like polar opposites. King called on activists to stage nonviolent protests, while Malcolm X encouraged his followers to adopt more radical methods. However, the two civil rights leaders actually agreed on much more than you would think. Both opposed the war in Vietnam and believed that a revolution was needed to achieve equality in the United States. Malcolm X even provided support to King’s campaign in Selma, Alabama, in 1965, according to The Washington Post. Check out these rarely seen photos of Martin Luther King, Jr., including one of the two men together.

Myth: He was against affirmative action

Another rumor claims that King opposed affirmative action, or the effort to provide more employment and educational opportunities to disadvantaged or minority groups. However, most historians say that he believed the opposite. As a matter of fact, in his book Where Do We Go from Here, King wrote that a “society that has done something special against the Negro for hundreds of years must now do something special for the Negro.” Here are 15 facts about Black History Month, which is celebrated every February.

In the last years of his life, King considered directing protesters to stop traffic and chain themselves to pillars, which led some to wonder if his views were growing more extreme. Scholars say nothing could be further from the truth. While King became more radical earlier than most people realized, he never turned away from his core belief in nonviolence. Other questions have lingered about his assassination, including these weird conspiracy theories surrounding Martin Luther King, Jr.’s death.