The 15 Most Memorable Academy Awards Moments from History

In the show's 90-year history, audiences have witnessed the good, the bad, and everything in between, but these moments deserve top honors as the most unforgettable. 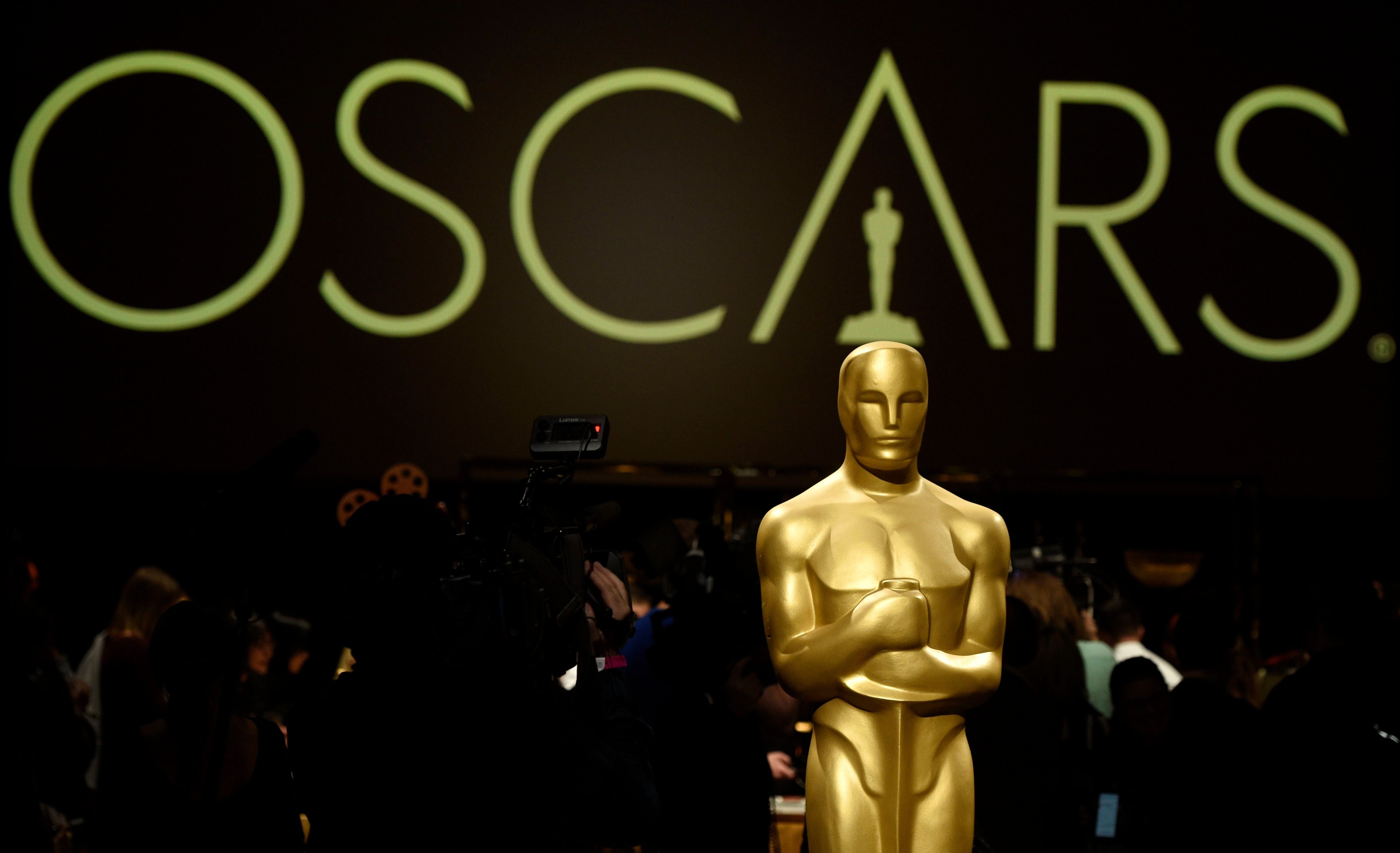 From unforgettable to “I wish I could forget”

The Academy Awards are hands down the biggest night in Hollywood. With 90 ceremonies under its belt, the Oscars have seen some truly historic and breathtaking moments (like Sidney Poitier becoming the first African American to win an Academy Award for Best Actor in 1964), red-carpet fashion to die for, inspiring acceptance speeches, and, well, moments we wouldn’t mind forgetting (ahem—James Franco and Anne Hathaway awkwardly hosting in 2011). And don’t even get us started on all the stuff Hollywood insiders won’t tell you about the awards. It’s not easy to narrow down the loveliest, craziest, and most cringe-worthy moments, but we think these 15 moments stand out as the most unforgettable. 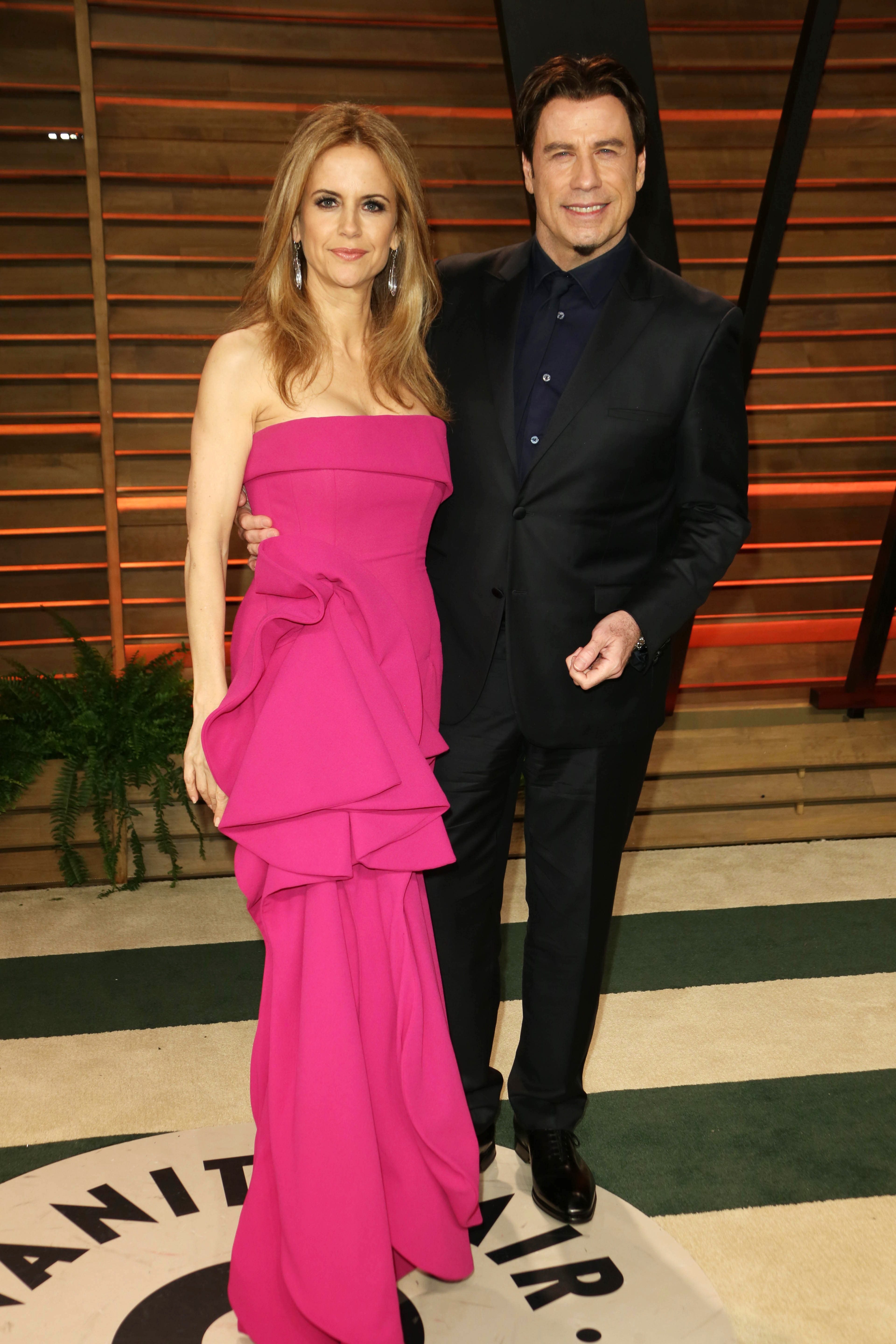 Who could forget one of the most shocking moments from Oscars history: When legendary actor John Travolta introduced “Adele Dazeem” to perform “Let It Go” at the 2014 Academy Awards instead of, you know, Frozen star Idina Menzel. Travolta later apologized to Menzel and chalked the moment up to a big rush on time, weird phonetic spelling, and Goldie Hawn (kind of), but oof. Here are some other Oscar, Emmy, and other award show scandals that rocked the industry.

Far and away one of the most historic Oscars moments of all time: Gone With the Wind star Hattie McDaniel won the Academy Award for Best Supporting Actress in 1940, becoming the first African American actor to win an Oscar. But the night wasn’t all celebration. McDaniel almost wasn’t allowed into the ceremony and was segregated from her costars, who were all sitting together. In her acceptance speech, McDaniel humbly said, “I sincerely hope I shall always be a credit to my race and to the motion picture industry.” Don’t miss the stories of these other trailblazing women who made history.

Say it with me now: “You like me. You really like me!” It’s not hard to drum up Sally Field’s 1985 acceptance speech for her role in Places in the Heart. But, as memorable as the heartfelt moment is, that’s not actually what Field said. The correct wording? “You like me. Right now you like me!” Either way, the moment will go down in history.

Shortly after winning the award for Best Supporting Actress for Girl, Interrupted at the 2000 Academy Awards, Angelina Jolie planted a big ole kiss on older brother James Haven’s lips at the Vanity Fair Oscar Party. Jolie, who gushed about being “so in love” with her brother during her acceptance speech earlier in the night, opened up about the moment to People in 2004: “First, we’re the best of friends. And it wasn’t some odd open-mouthed kiss. It was disappointing that something so beautiful and pure could be turned into a circus.” 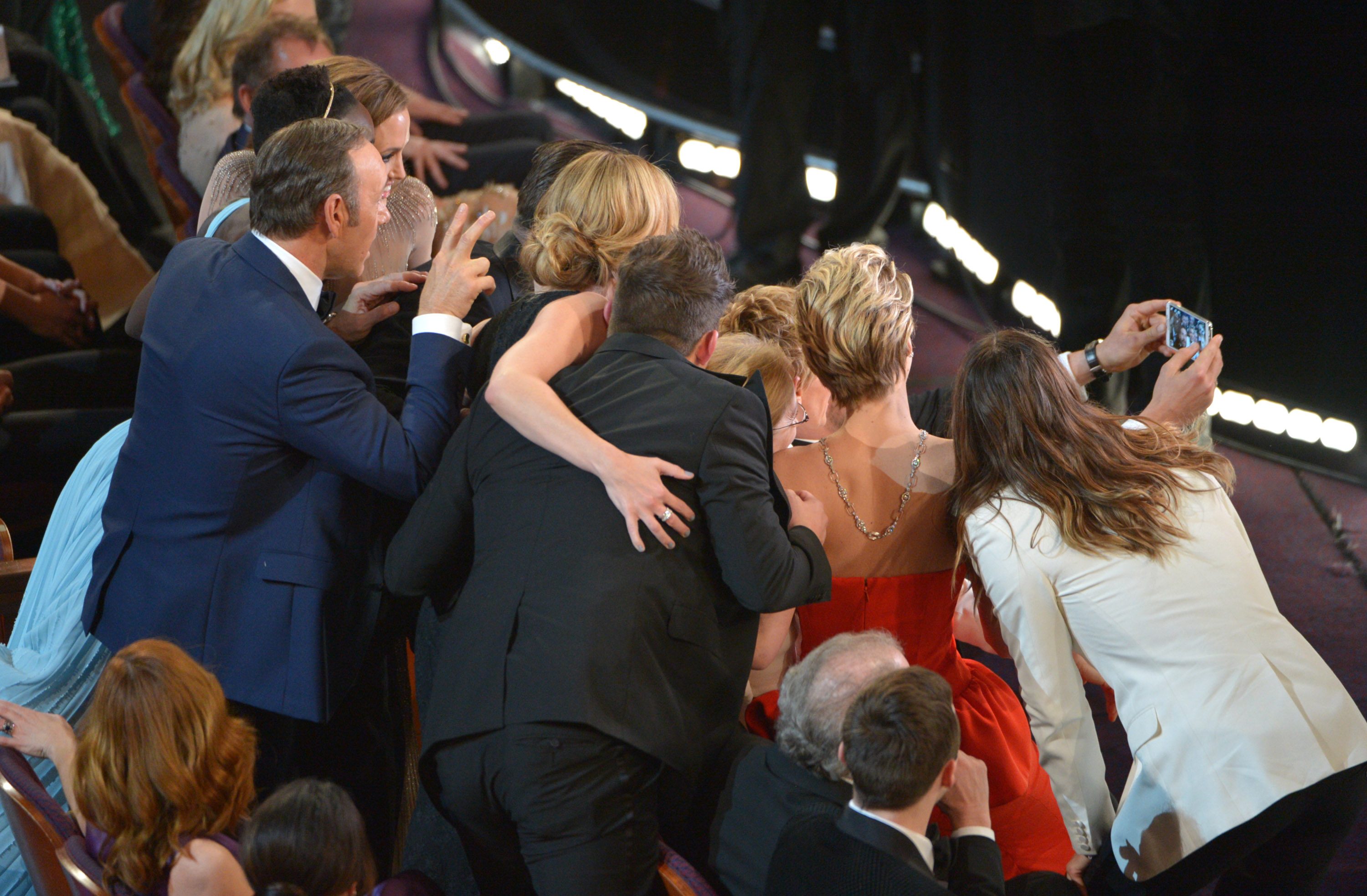 Meryl Streep. Jennifer Lawrence. Julia Roberts. Brad Pitt. What do all of these celebrities have in common? They’re featured in Ellen DeGeneres’ most iconic selfie in Oscars history from the 86th Annual Academy Awards. Taken by Bradley Cooper, the photo was posted on Twitter in real-time and retweeted more than 3 million times, surpassing the record previously held by Barack Obama. Sorry, Mr. President. By the way, this is what people really think of your selfies.

It’s no surprise that celebrities’ red-carpet looks have become just as legendary as the movies being honored and the acceptance speeches. But no Oscars dress evokes as many memories (remember Ellen DeGeneres playing copycat at the 2001 Emmys?) or as much emotion as the swan dress Björk wore to the 73rd Academy Awards. The singer, who was nominated for Best Song for “I’ve Seen It All,” even laid an egg on the red carpet. Awwwkkkkkwwwaaarrrrrdddd.

It’s hard to forget the man who streaked across the stage at the 1974 Oscars right before Elizabeth Taylor came on to announce the award for Best Picture. Host David Niven laughed off the crazy moment saying, “Isn’t it fascinating to think that probably the only laugh that man will ever get in life is by stripping off and showing his shortcomings?” But the man in question—Robert Opel—was actually an artist and gay rights activist who had streaked before in protest. Here are some things you might not have known about the Emmy Awards. 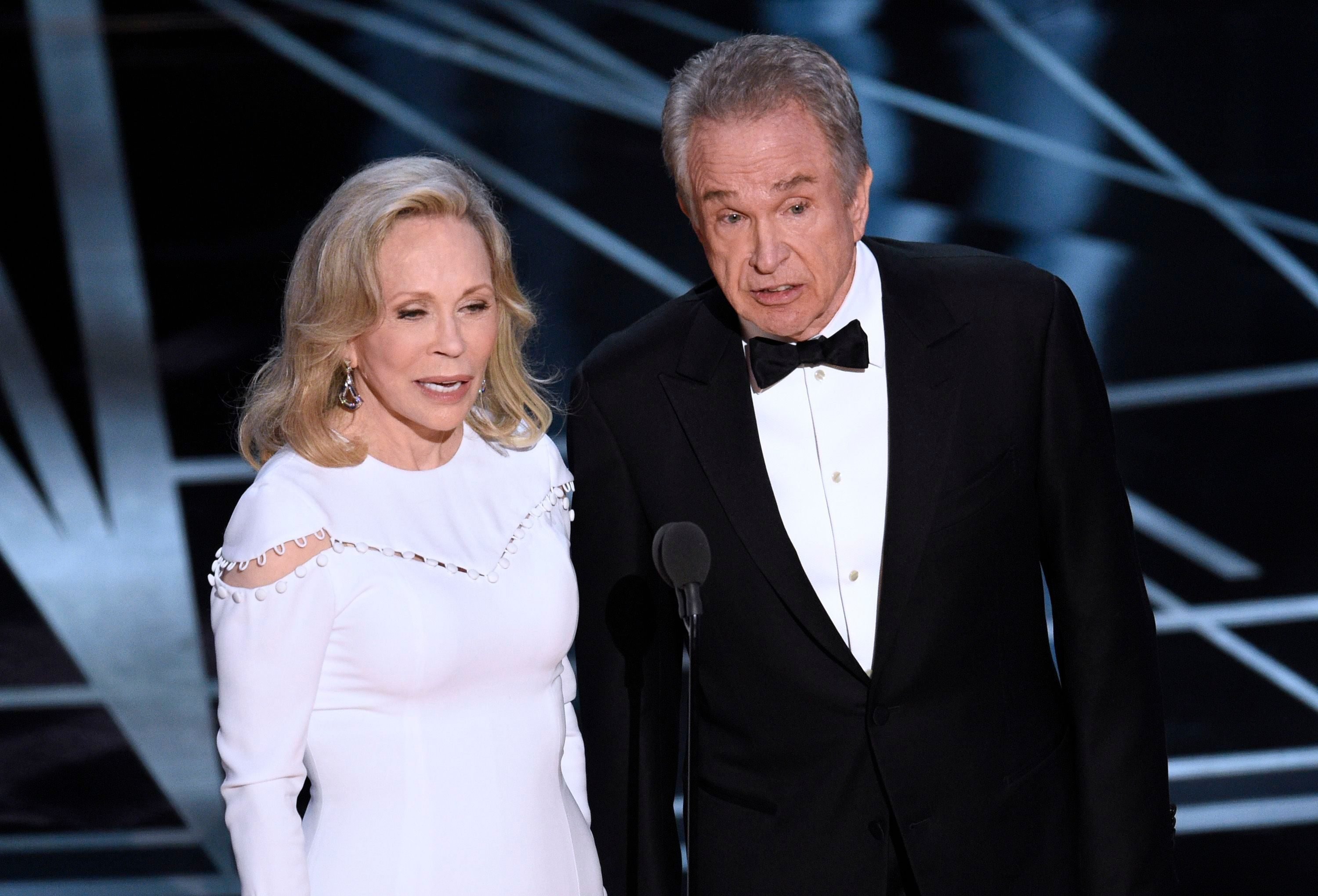 In one of the most cringe-worthy moments from Oscars history, Faye Dunaway and Warren Beatty declared La La Land as the winner for Best Picture at the 2019 Academy Awards. The problem? Moonlight actually won. Dunaway, who said she “felt guilty” for the mix-up, was accidentally given the wrong envelope to read from. Oops! And while Moonlight did actually deserve the win, here are 11 of the most surprising Oscar-winning movies.

When Tom Hanks won the Best Actor award for Philadelphia, he thanked his high school drama teacher, Rawley Farnsworth. Praising him as one of the “finest gay Americans,” Hanks accidentally outed Farnsworth in the process. The memorable moment was even turned into the 1997 comedy In & Out. Surprising, right? 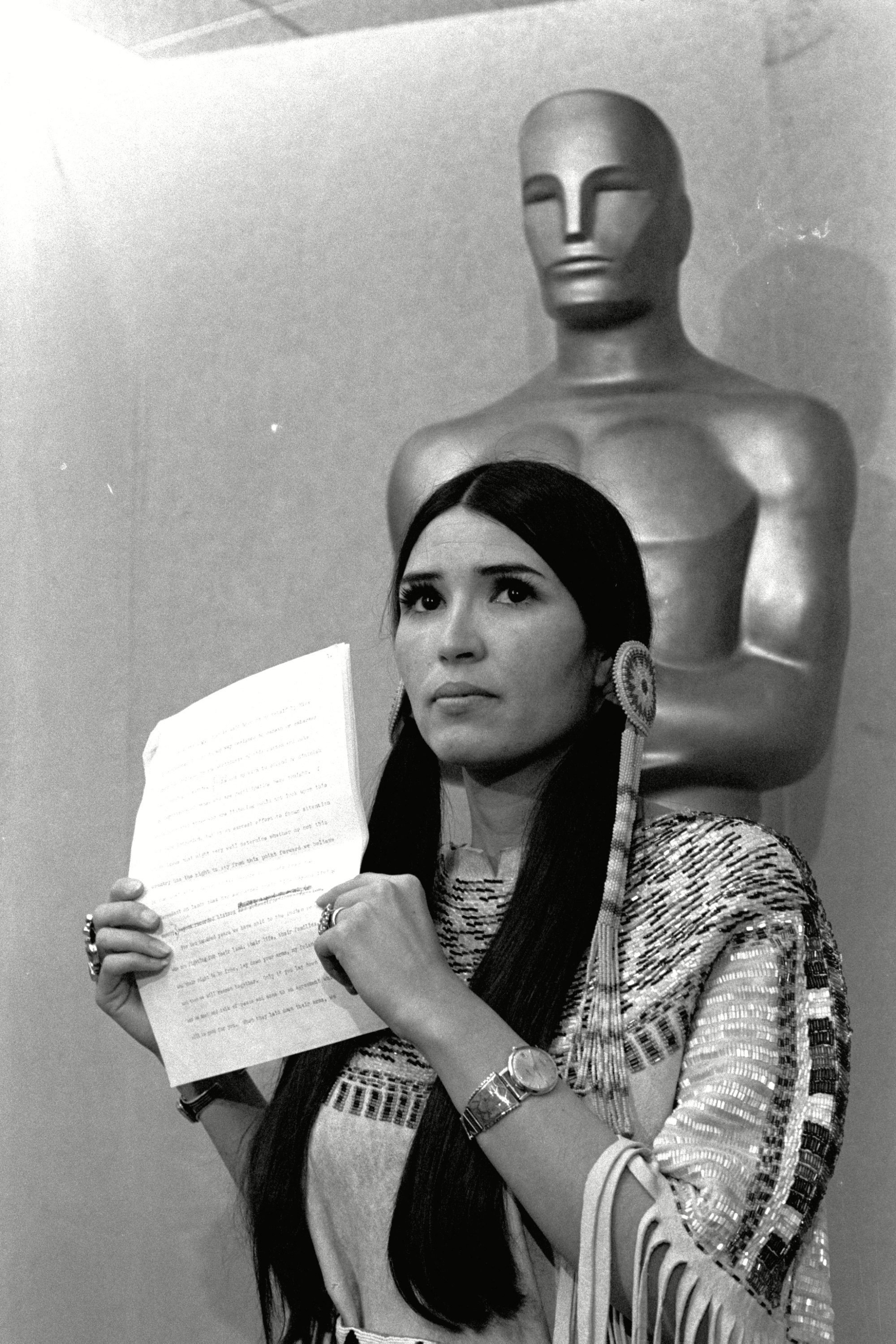 Marlon Brando may have won the Oscar for Best Actor in The Godfather in 1973, but the actor sent Native American actress and activist Sacheen Littlefeather to the stage to refuse the award. Why? Brando was protesting Hollywood’s portrayal and stereotyping of Native Americans in film. The audience didn’t get to hear the letter Brando gave to Littlefeather to read on his behalf, but his refusal of the award made a big point. 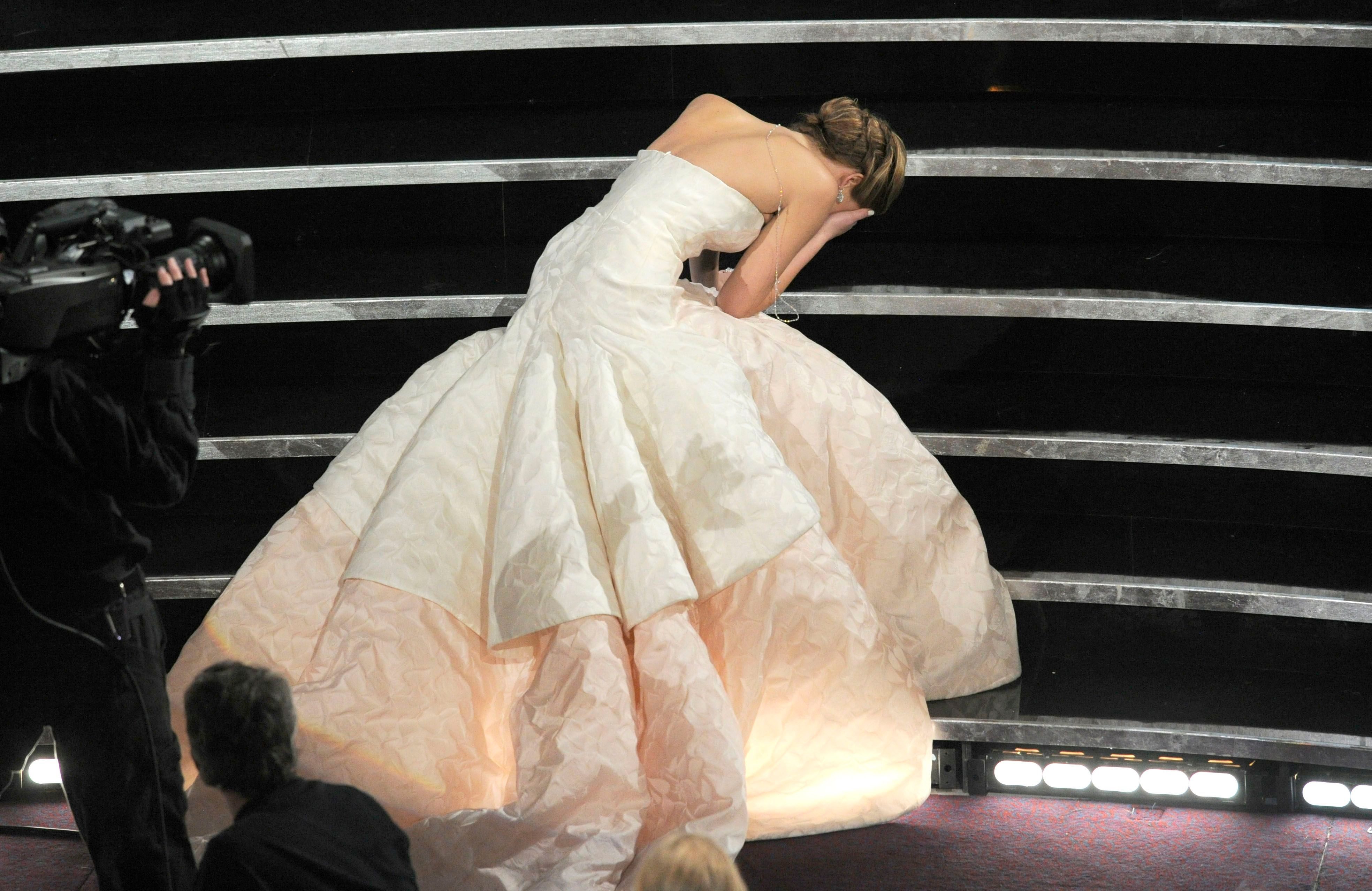 On her way to the stage for her Best Actress win at the 85th Academy Awards, Jennifer Lawrence famously tripped up the stairs. The Silver Linings Playbook star, known for being real and down to earth, even owned up to the snafu in her acceptance speech: “You guys are just standing up because you feel bad that I fell, and that’s really embarrassing.” Lawrence walked away with a shiny Oscar, though, so the laugh’s definitely not on her. Here’s something you can laugh at: the 15 best Oscar jokes of all time. 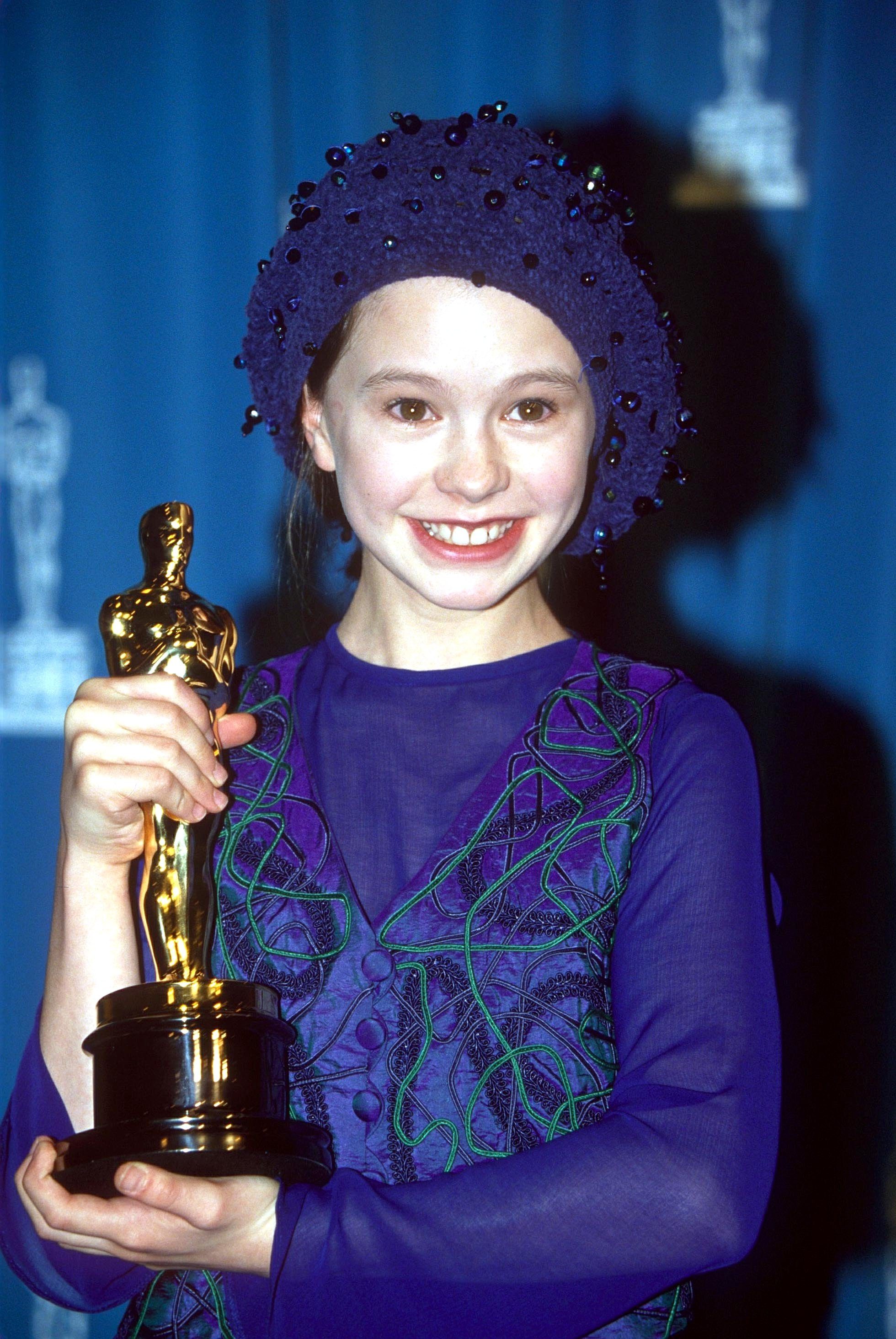 One of the cutest Oscar moments took place in 1994, as a then-11-year-old Anna Paquin took the stage to accept her award for Best Supporting Actress in The Piano. Paquin became the category’s second-youngest winner (after Tatum O’Neal in 1974), but perhaps more notably, she stood at the podium adorably silent and in complete shock for a while. We’re talking speechless. Then, after she managed to thank a few people, Paquin skipped back to her seat instead of going backstage. So precious, so pure. Here are some things you never realized about awards show trophies.

Who could forget Jennifer Lopez’s iconic green Versace dress or Gwyneth Paltrow’s sweet pink Ralph Lauren gown? Memorable in a different way: South Park creators Trey Parker and Matt Stone wearing copycat versions of those dresses to the 2000 Academy Awards. In one of the more cringe-worthy Oscar moments from history, the duo later admitted to Jimmy Kimmel that they were on acid at the time. 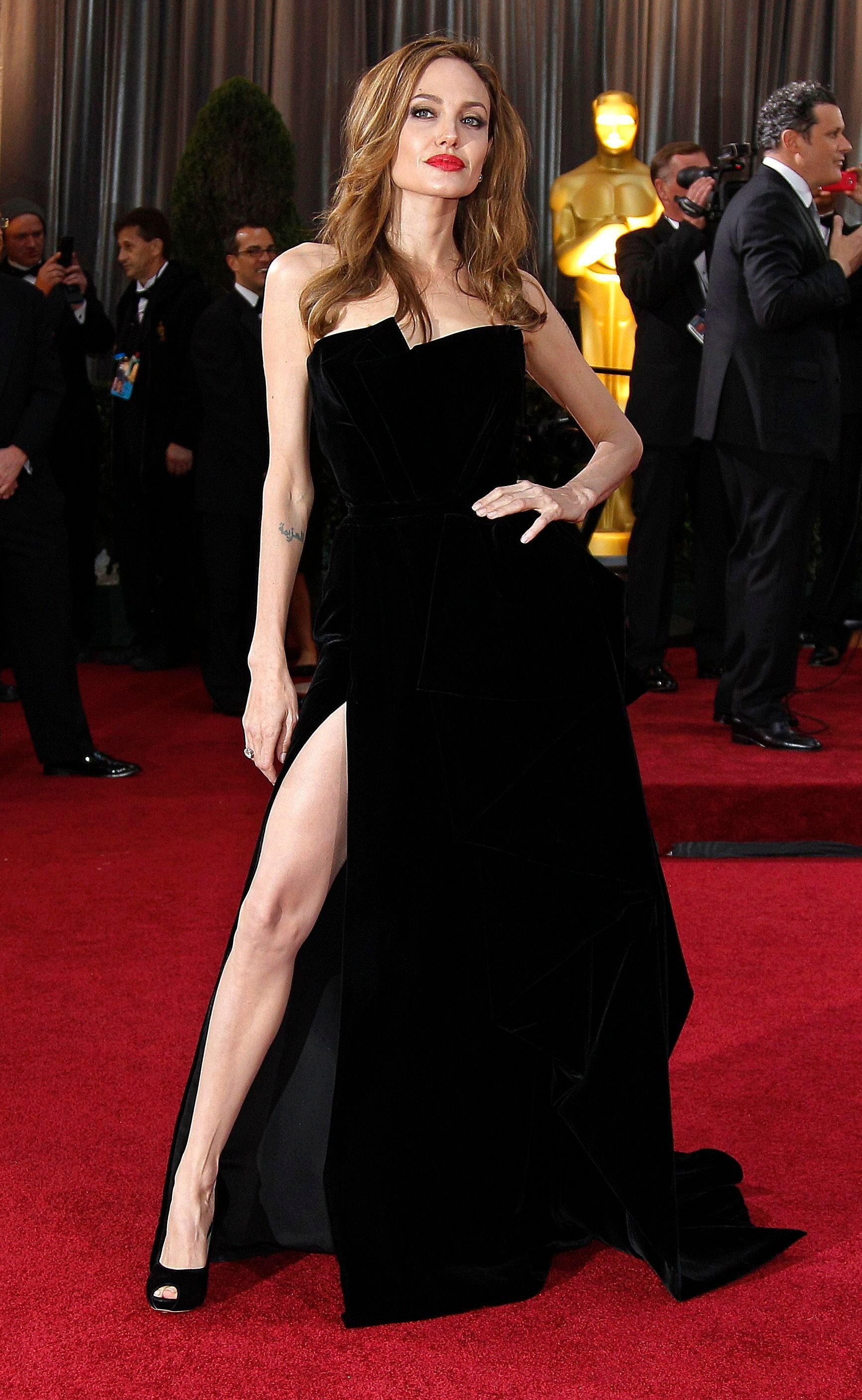 Angelina Jolie, married to Brad Pitt at the time, was a huge actress by 2012, but it was her right leg that took the spotlight at the 84th Annual Academy Awards. Donning a black Atelier Versace gown with a slit up to here, Jolie famously posed with her leg out all night. By the time the Oscars were over, the leg had gone viral, amassing more than 14,000 followers for a brand-new Twitter handle called @AngiesRightLeg. “It’s as simple as being a woman picking a dress you like and having a night, and not really thinking about anything else,” Jolie later commented. 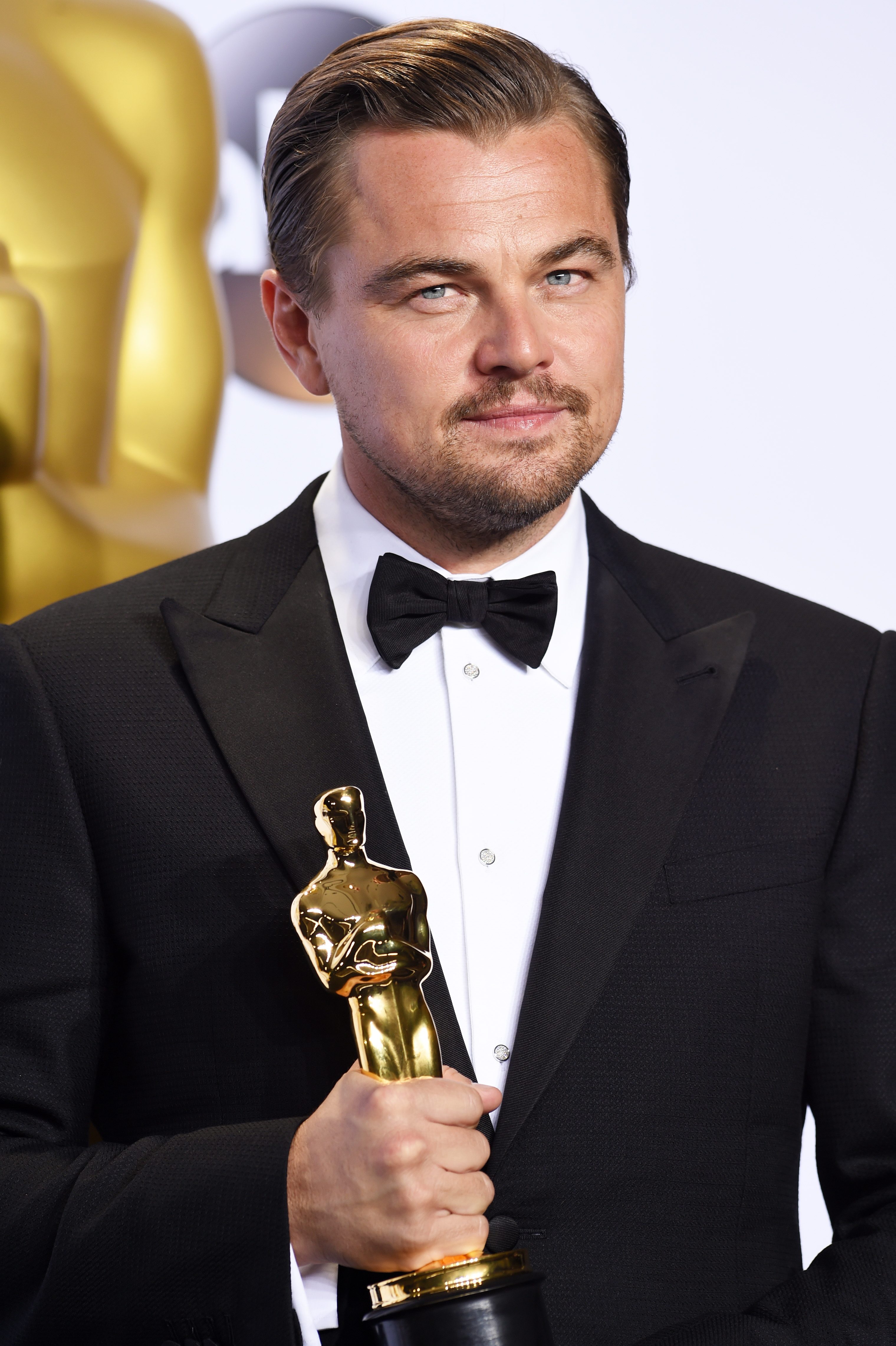 After six—count ’em, six—Oscar nominations for his work in films such as What’s Eating Gilbert Grape and The Wolf of Wall Street, Leonardo DiCaprio finally took home the award for Best Actor in 2016 for his role in The Revenant. The actor, who famously fought with a bear in the film, received a standing ovation. DiCaprio used his acceptance speech to thank family and friends, but also as a platform to bring awareness to climate change, a cause the actor has spoken about often. Now check out what the Golden Globes and four other awards shows used to look like.

Melissa Mills
Melissa is a writer, editor, and digital media specialist. Formerly, she was the Senior Manager of Editorial Operations at Bustle Digital Group. Her work has appeared in Bustle, Romper, and Glamour.