Memorial Day is observed on the last Monday of May—here's what you might not know about the memorable holiday. 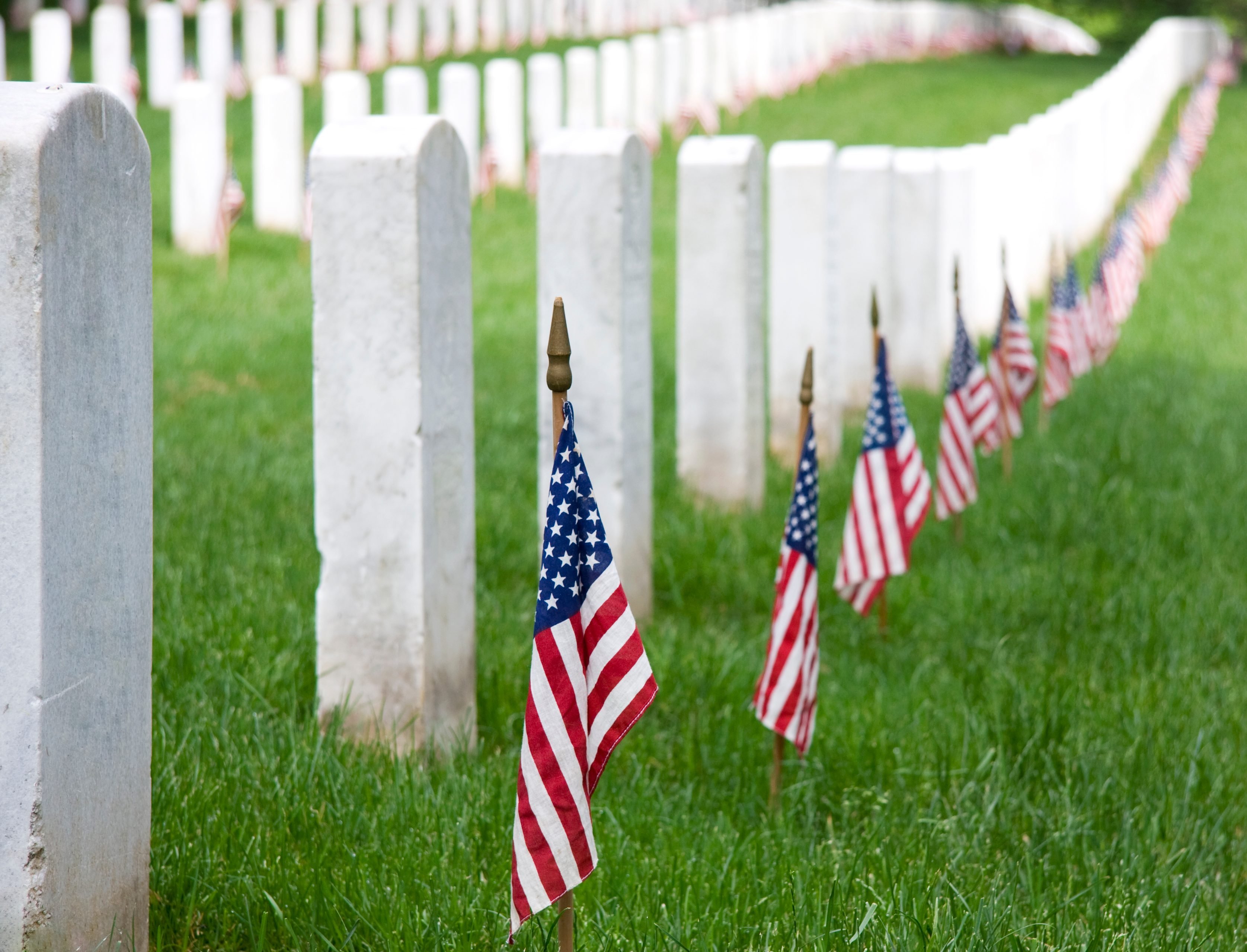 People often confuse Memorial Day with Veterans Day, but Memorial Day is a day to honor those who died in battle or as a result of wounds sustained in battle, according to the U.S. Department of Veterans Affairs, whereas Veterans Day—November 11—honors everyone who served honorably in the military. Civilians who died during the September 11, 2001 terrorist attacks are commemorated on Patriot Day (September 11). Here’s more about the difference between Memorial Day and Veterans Day. 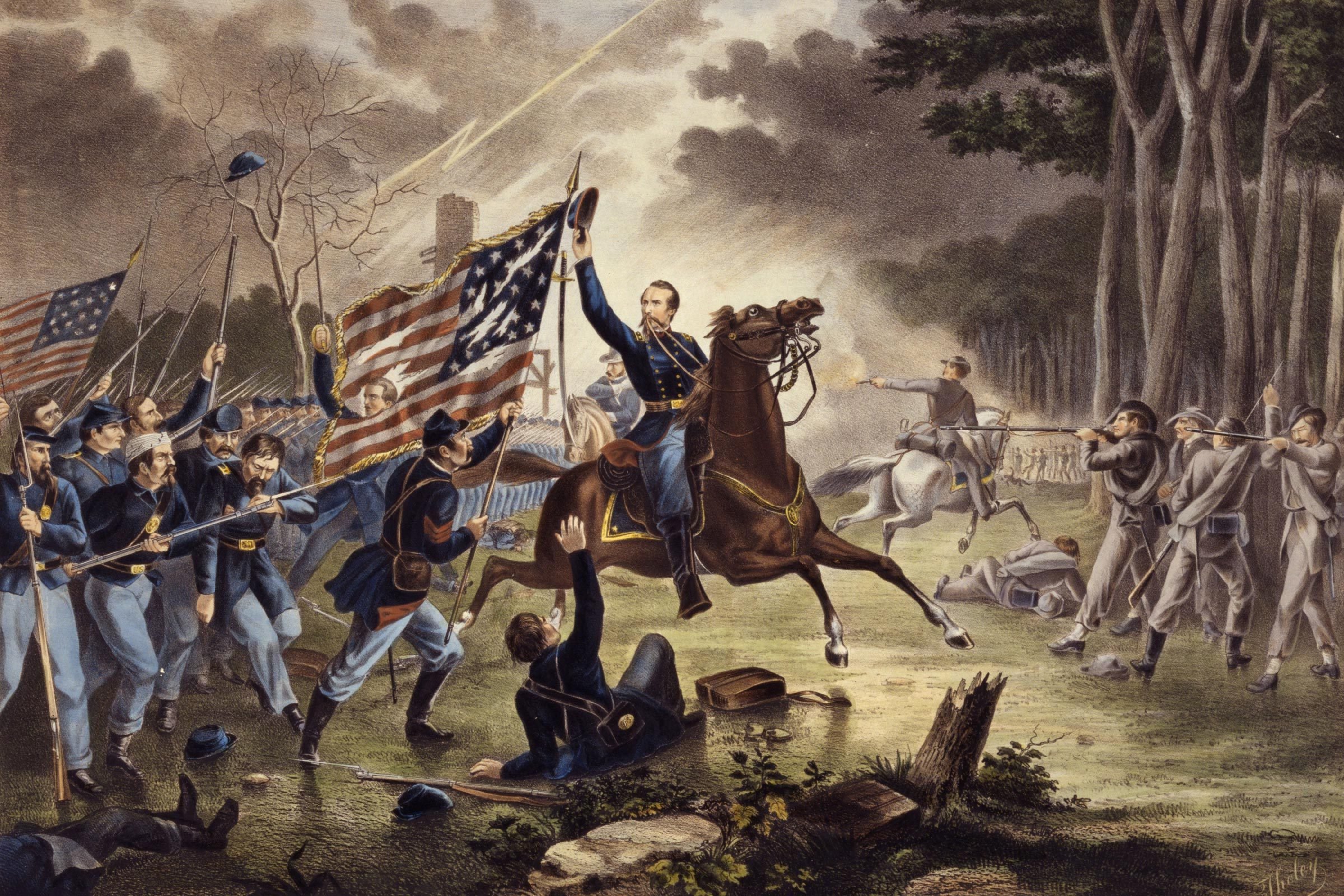 It was created to honor Americans killed in battle against Americans

A Memorial Day fact everyone should know is that the first observances of what we now refer to as “Memorial Day” were intended to honor those who died in battle during the Civil War. Claiming more lives than any other conflict in U.S. history, the Civil War required the establishment of the nation’s first national cemeteries, according to History.com. These are the oldest cemeteries in each U.S. state. 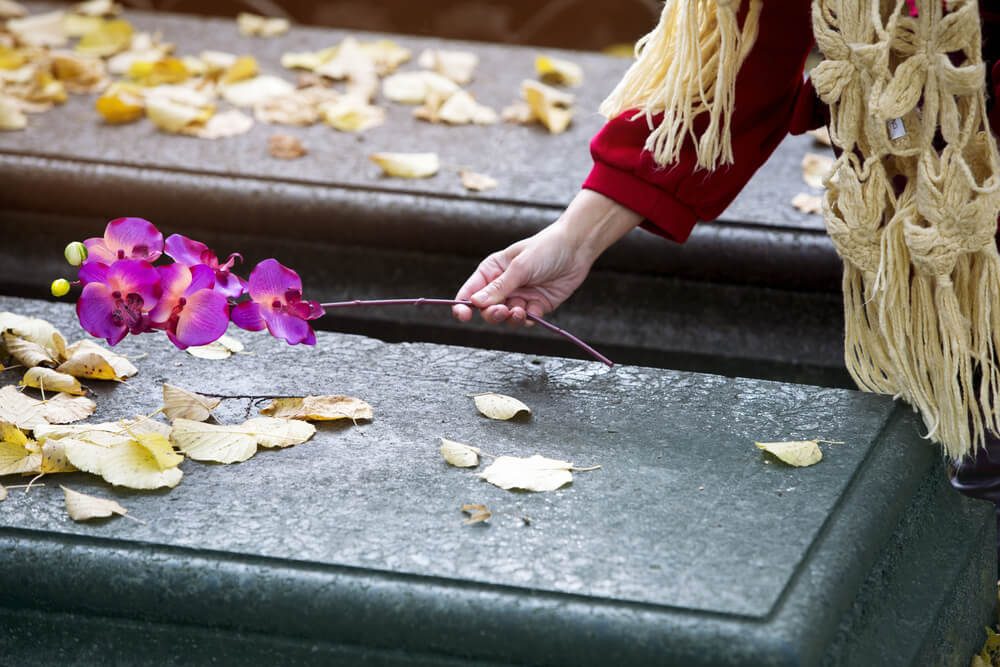 It began as a grassroots movement

Long before Memorial Day became a national holiday in 1971, and almost two years before its first official observance in 1868, local springtime tributes to the Civil War dead had been held in various municipalities. One of the first occurred in Columbus, Mississippi, on April 25, 1866 (not quite a year after the end of the Civil War), when a group of women visiting a cemetery to decorate the graves of Confederate soldiers placed flowers upon the bare graves of Union soldiers, as well, in the spirit of national unity. To expand your knowledge, learn about the surprising information about the history of Memorial Day. 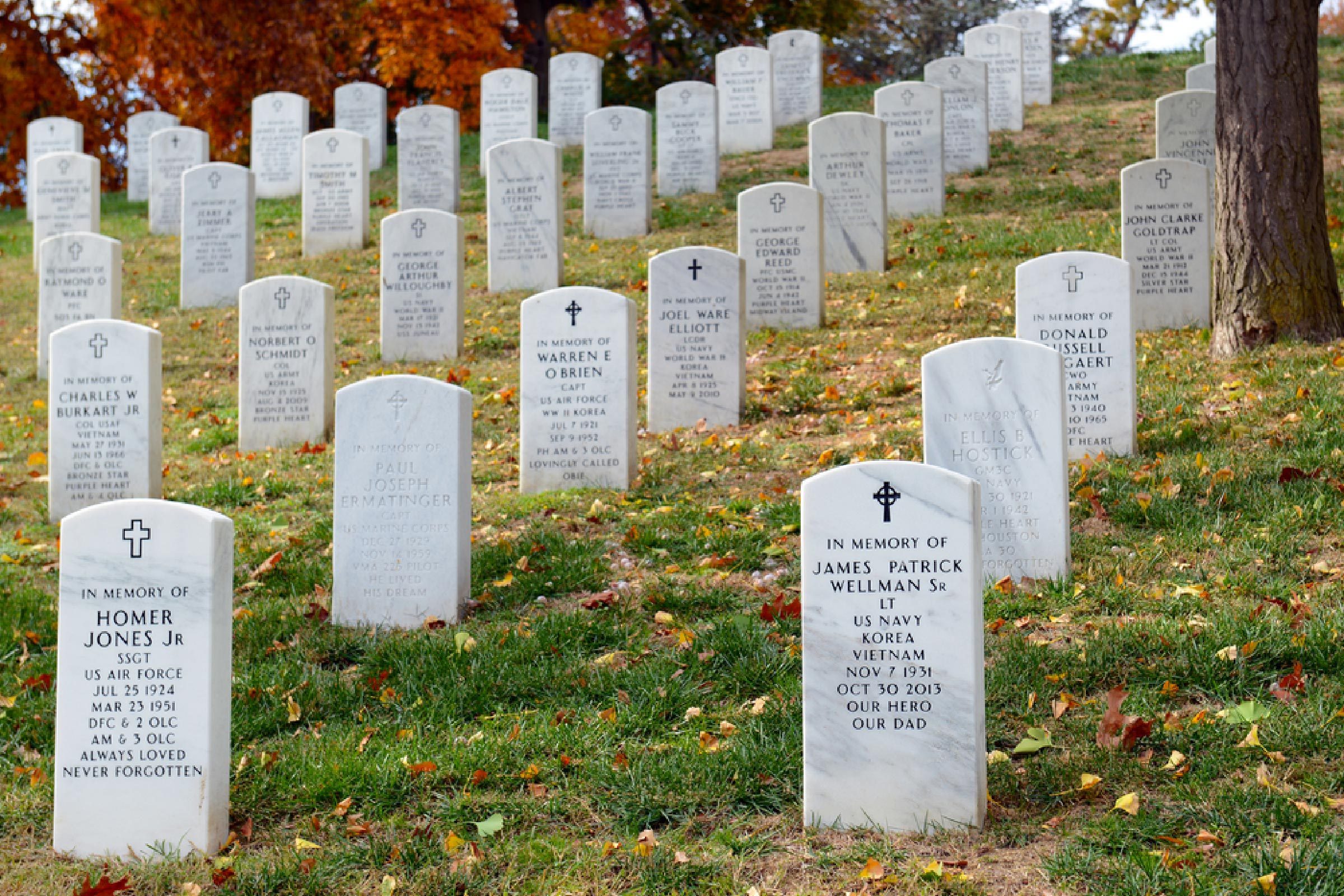 The first large-scale observance of what we now know as Memorial Day was called “Decoration Day”; it took place at the Arlington National Cemetery on May 30, 1868. Various Washington officials, including General Ulysses S. Grant, presided over the ceremonies. After speeches, children from the Soldiers’ and Sailors’ Orphan Home, among others, made their way through the cemetery, strewing flowers on both Union and Confederate graves, reciting prayers, and singing hymns. Here are 10 tricky U.S war history questions most people never get right. 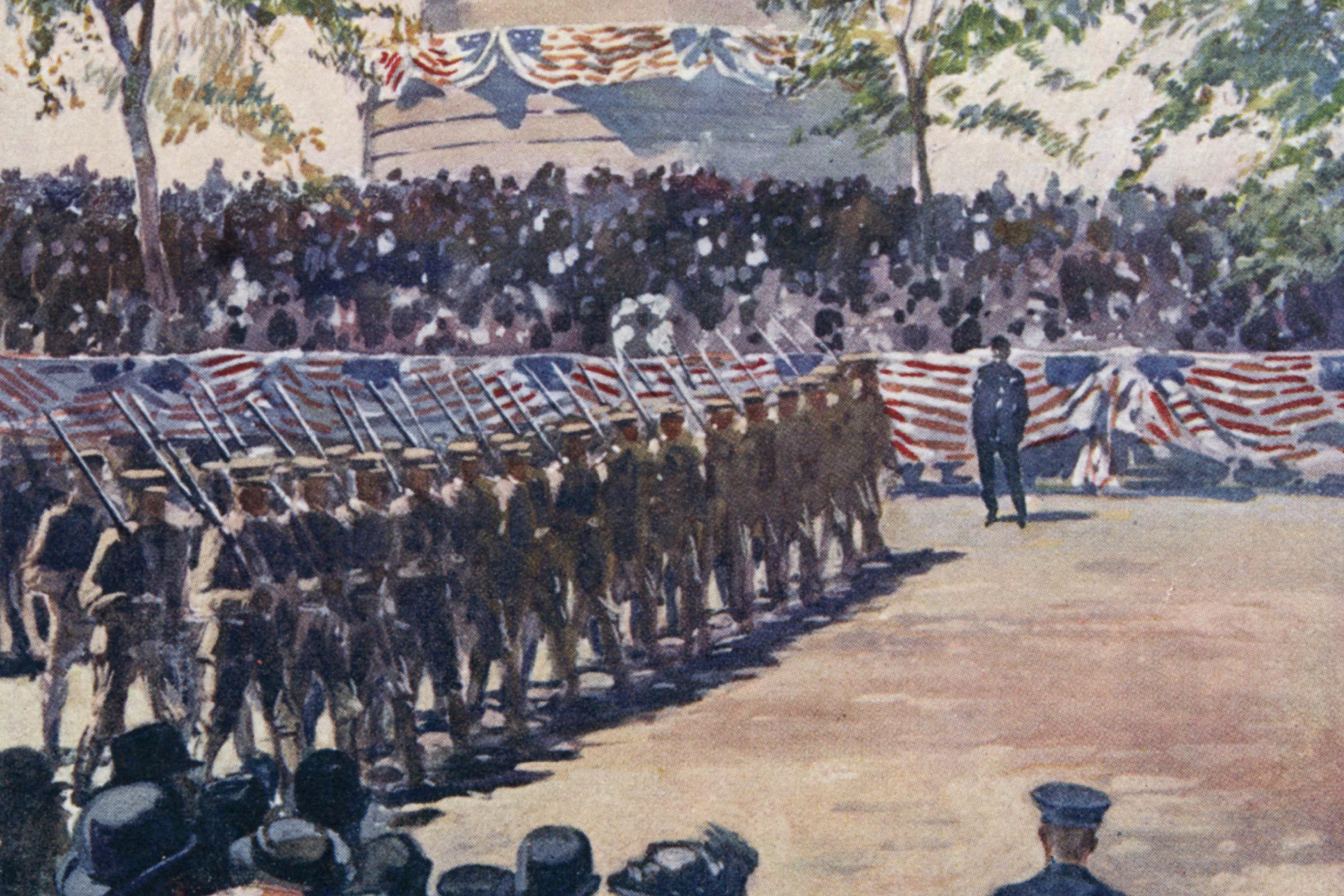 Why it’s observed in late May

The first Decoration Day was observed on May 30, and it is believed that the date was chosen because flowers would be in bloom all over the country by that date. By the end of the 19th century, the entire nation was holding Decoration Day ceremonies on May 30, and states passed proclamations designating the day a holiday. The U.S. Army and Navy set regulations for proper observance at their facilities. Here are 22 words and phrases you had no clue originated in the military. 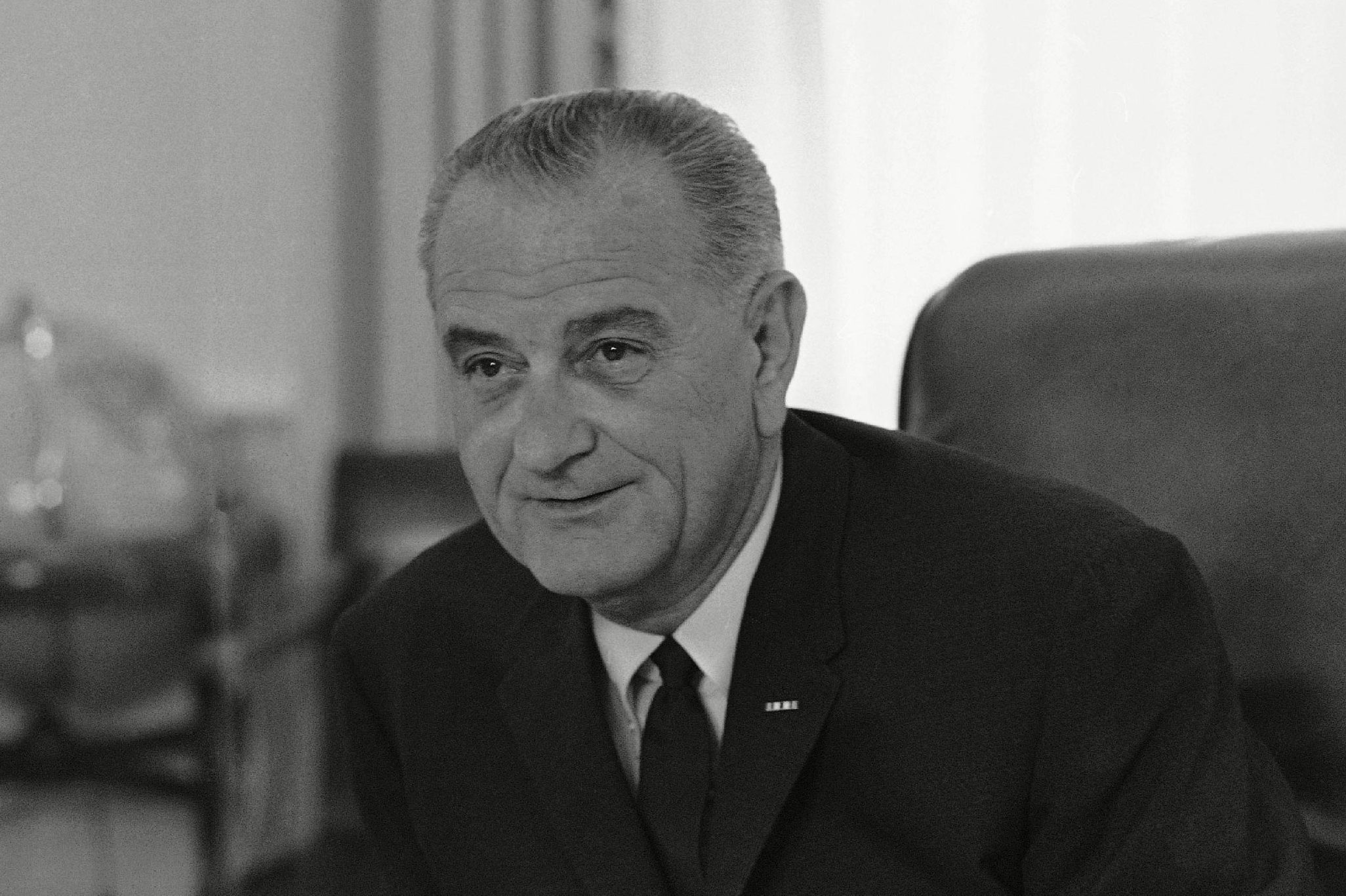 It wasn’t until after World War I that Memorial Day was expanded to honor all veterans who died in any American war. In 1971, Decoration Day became officially known as Memorial Day and Congress passed an act declaring it a national holiday. That same year, Memorial Day was moved from May 30 to the last Monday in May by President Lyndon B. Johnson. “This will…enable families who live some distance apart to spend more time together,” President Johnson noted in his official statement regarding what is now known as the Uniform Monday Holiday Act. Don’t miss these other facts about America you never knew. 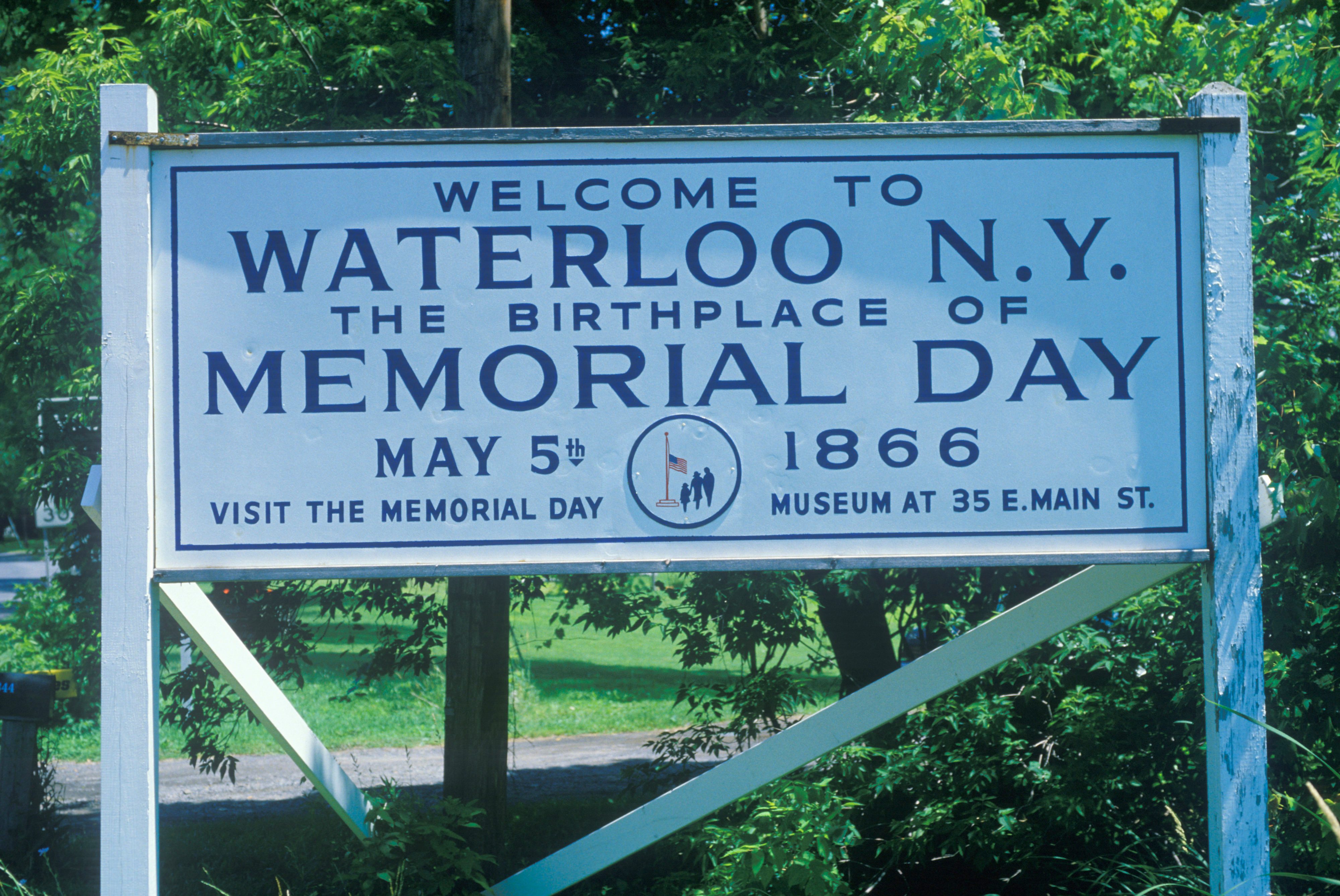 The “battle” of Waterloo

Despite the 1866 decoration of graves in Columbus, Mississippi or the first federally observed Decoration Day in 1868, President Lyndon Johnson declared the official birthplace of Memorial Day to be Waterloo, New York where a ceremony was held on May 5, 1866, in honor of the Civil War dead, businesses were closed, and flags were flown at half-mast. An odd Memorial Day fact is that the holiday’s actual birthplace is still under dispute! Here’s the meaning behind all 50 state flags. 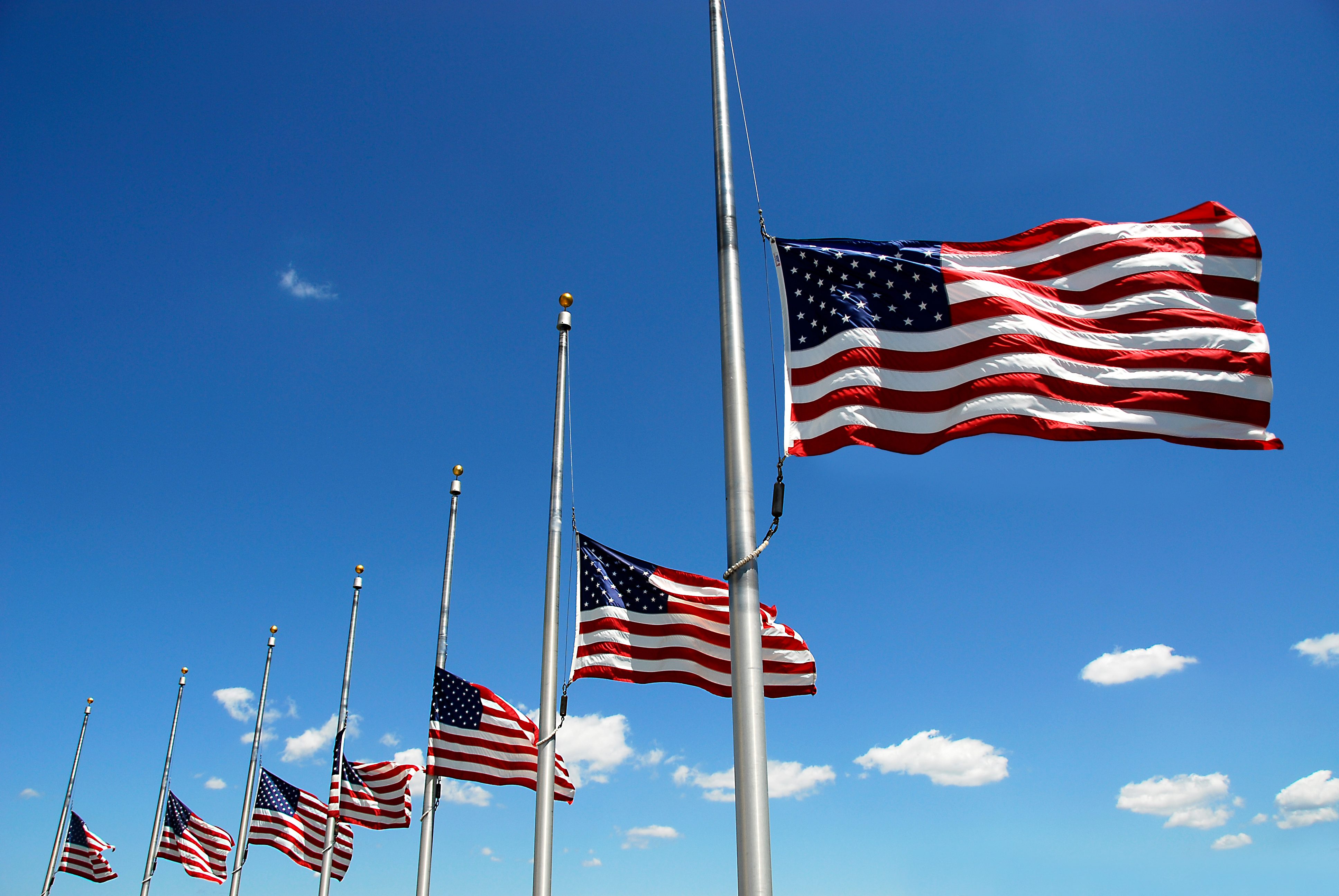 You may find yourself wondering why the U.S. flag is at half-staff until noon and then is back to being at its full height until sunset. Clark Rogers, executive director of the National Flag Foundation, told LiveScience that this predates the 20th century. Also according to LiveScience, “Memorial Day became a day for exclusively celebrating the sacrifice of those who fell in battle, leaving only the mid-day flag-raising to signal hope beyond death, and honor those who survived battle.” This is the reason why Veterans Day doesn’t have an apostrophe. 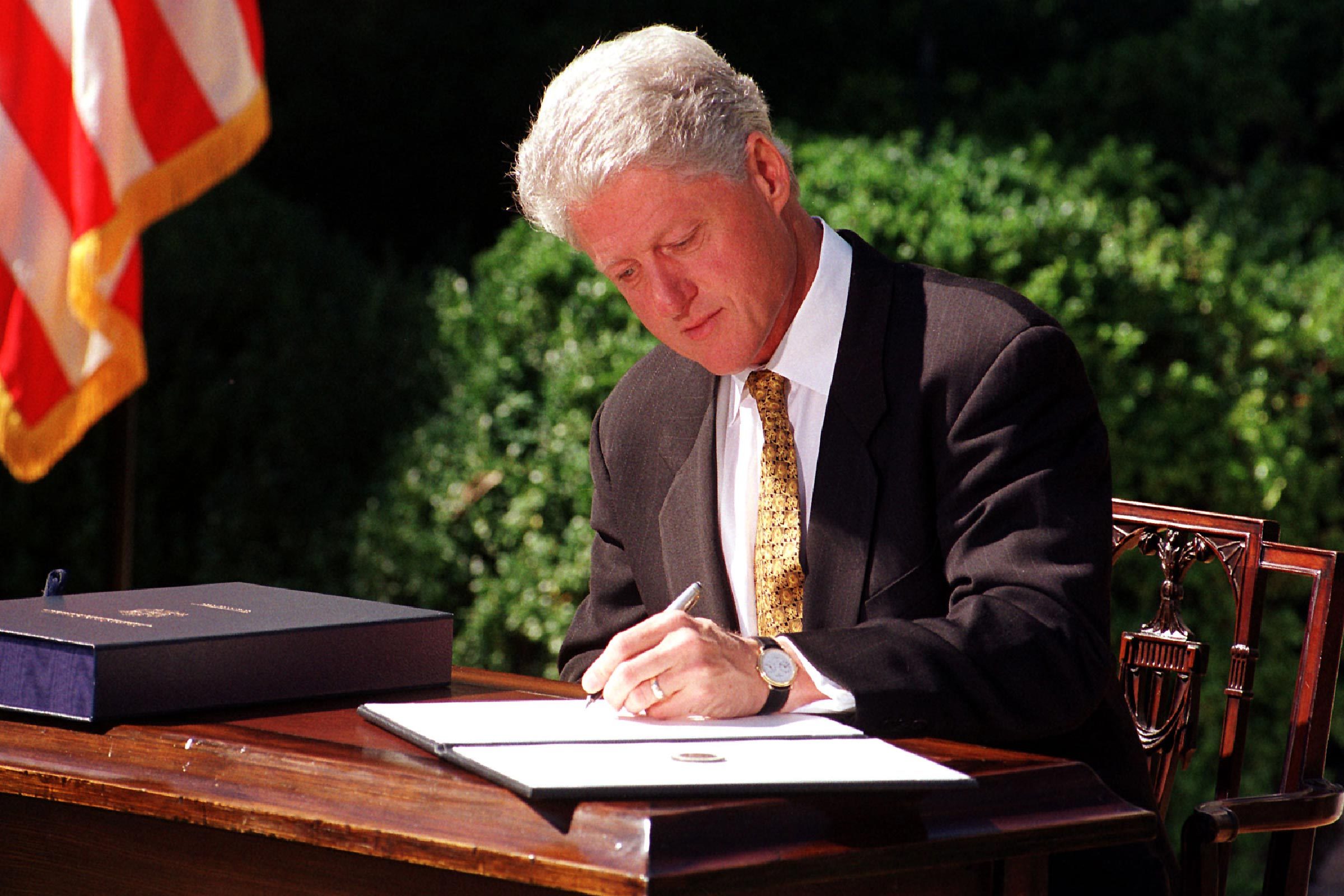 To ensure the sacrifices of America’s fallen heroes are never forgotten, President Bill Clinton signed into law “The National Moment of Remembrance Act” in December of 2000. The law encourages all Americans to pause wherever they are at 3 p.m. local time on Memorial Day for a minute of silence to remember and honor those who have died in service to the nation. 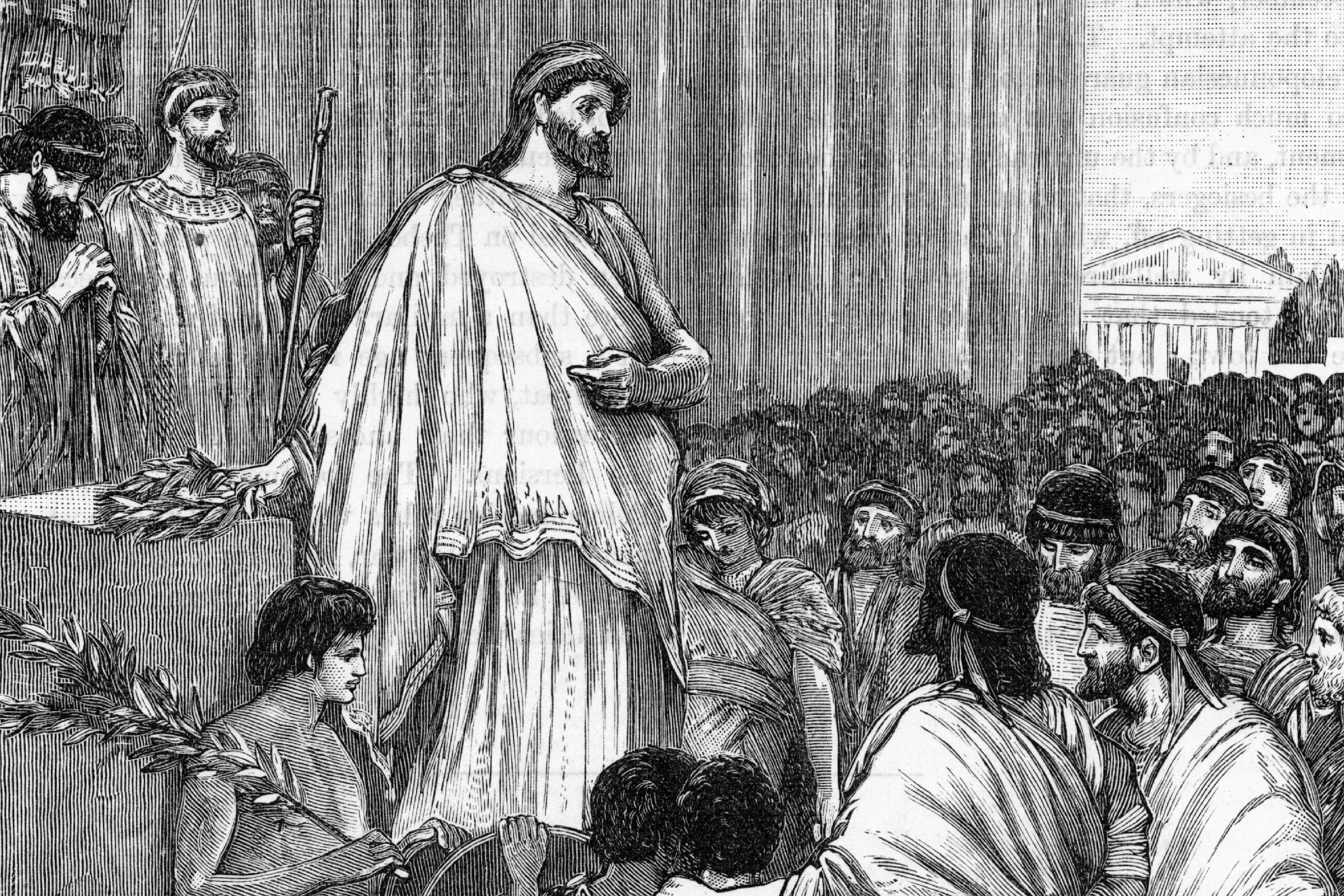 Special services to honor those who die in war can be found throughout history, the VA points out. After the Peloponnesian War, Athenian leader Pericles offered a tribute to the fallen heroes that would still be fitting today: “Not only are they commemorated by columns and inscriptions, but there dwells also an unwritten memorial of them, graven not on stone but in the hearts of men.” 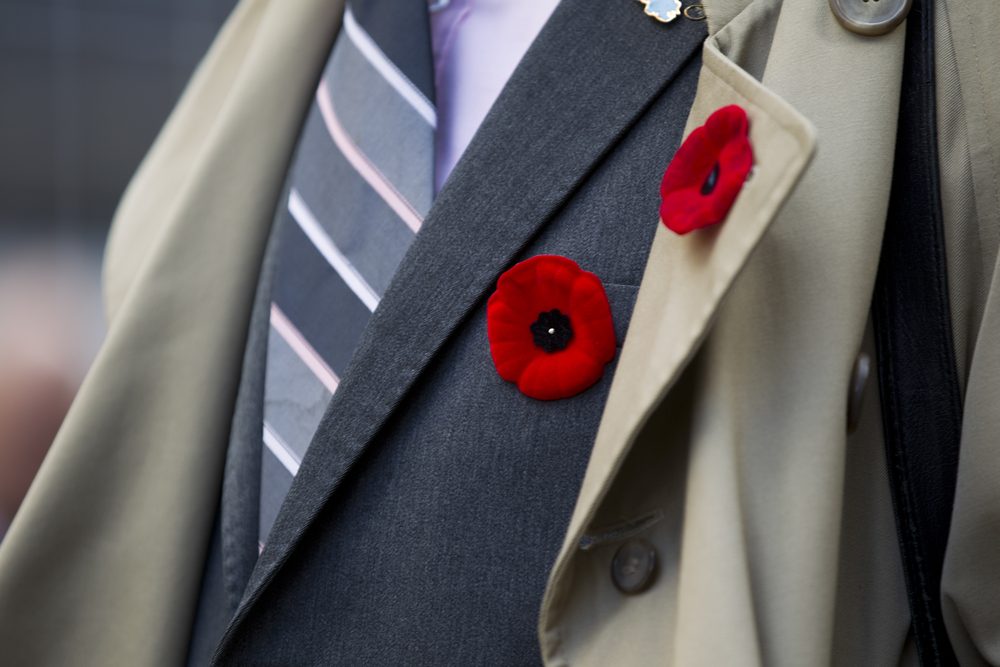 The wearing of a poppy

People wear poppies to honor America’s war dead in a Memorial Day tradition that dates back to the poem “In Flanders Fields,” written in 1915 by John McCrae, according to the VA. For information on how to obtain poppies for use on Memorial Day, contact a veterans service organization, such as the Veterans of Foreign Wars of the United States (VFW), recommends the VA. Here is some other U.S. history trivia you might not know. 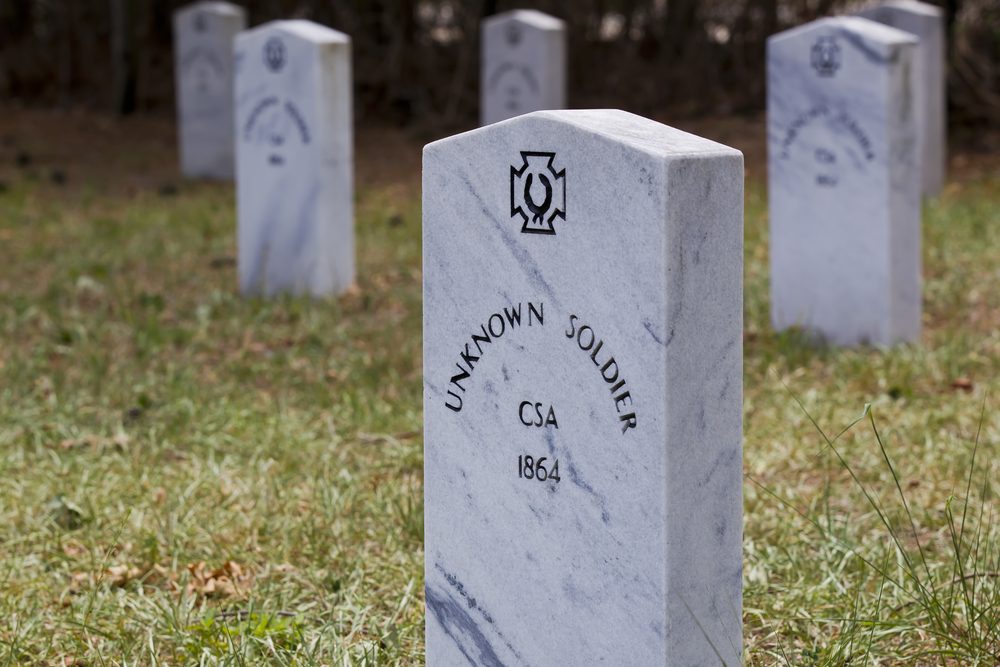 Here’s a Memorial Day fact most Northerners don’t know: Each of the following states observe a separate Confederate Memorial Day in honor of the Southerners who died during the Civil War: Texas, Alabama, Florida, Georgia, Mississippi, North Carolina, and South Carolina. Virginia observes Confederate Memorial Day on the same day as Memorial Day. In Kentucky, Louisiana, and Tennessee, the birthday of Jefferson Davis (the only president of the Confederate States of America) is observed in June. Here are 50 astonishing facts you never knew about the 50 states. 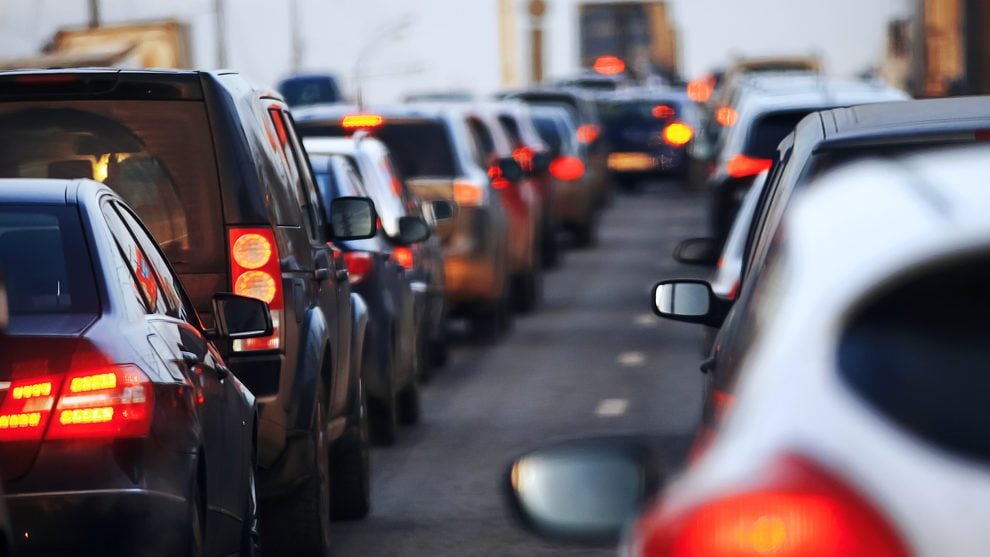 In 2017, the Automobile Association of America (AAA) estimates that close to 40 million Americans travel 50 miles or more during Memorial Day weekend. This year’s projections aren’t out yet, but be prepared: Memorial Day Weekend is one of the busiest travel times of the year in this country. These are the busiest travel days in every major airport in the U.S. 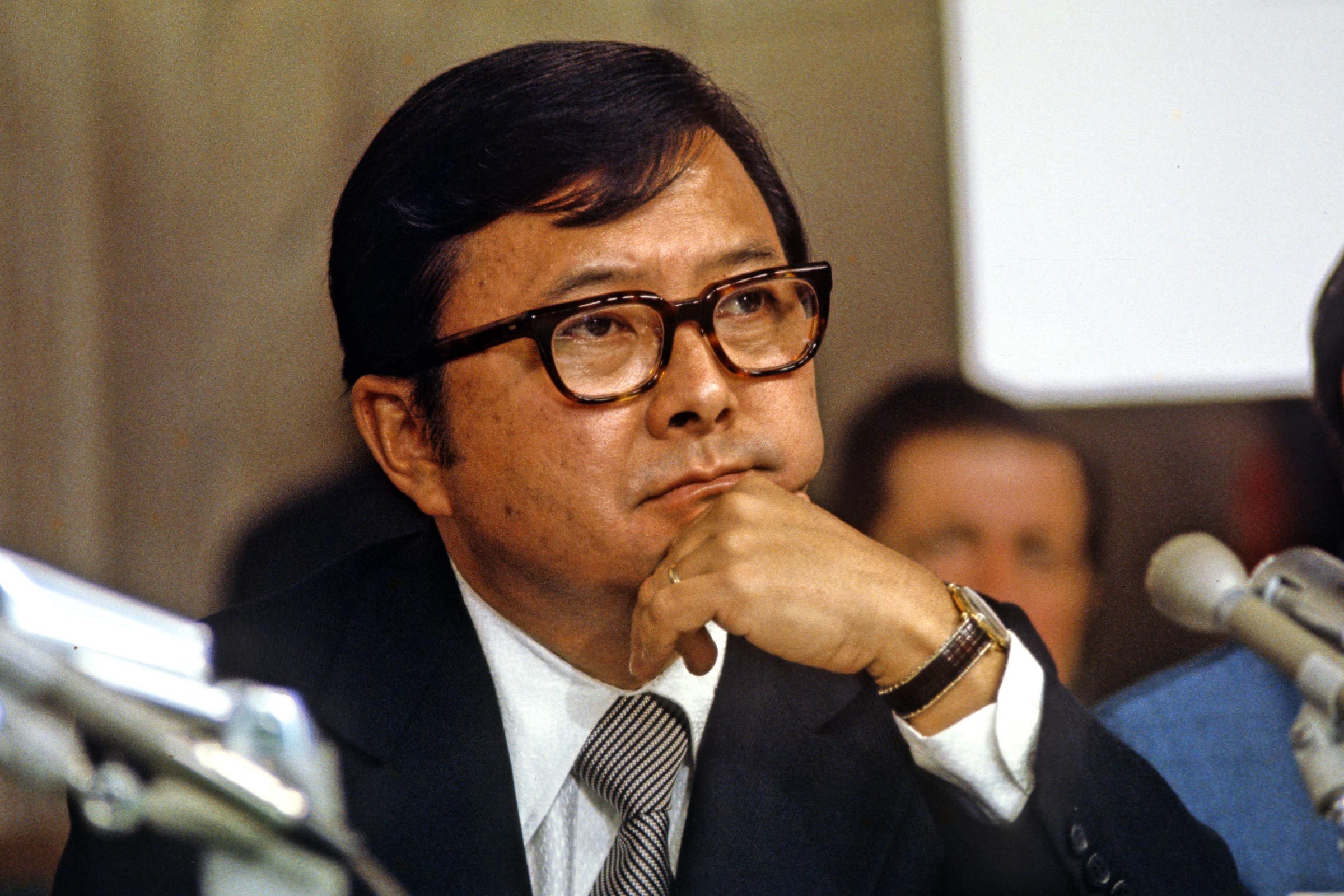 One of the stranger Memorial Day facts is that, for more than 25 years, Democratic Hawaiian Senator Daniel Inouye, a World War II veteran and Congressional Medal of Honor recipient, tried to change Memorial Day back to May 30. He believed moving the holiday back to its original date would remind people of its importance and “restore the recognition our veterans deserve for the sacrifices they have made on behalf of our nation.” Want to show respect for those who have served? Try these simple ways to honor our veterans, even after Memorial Day. 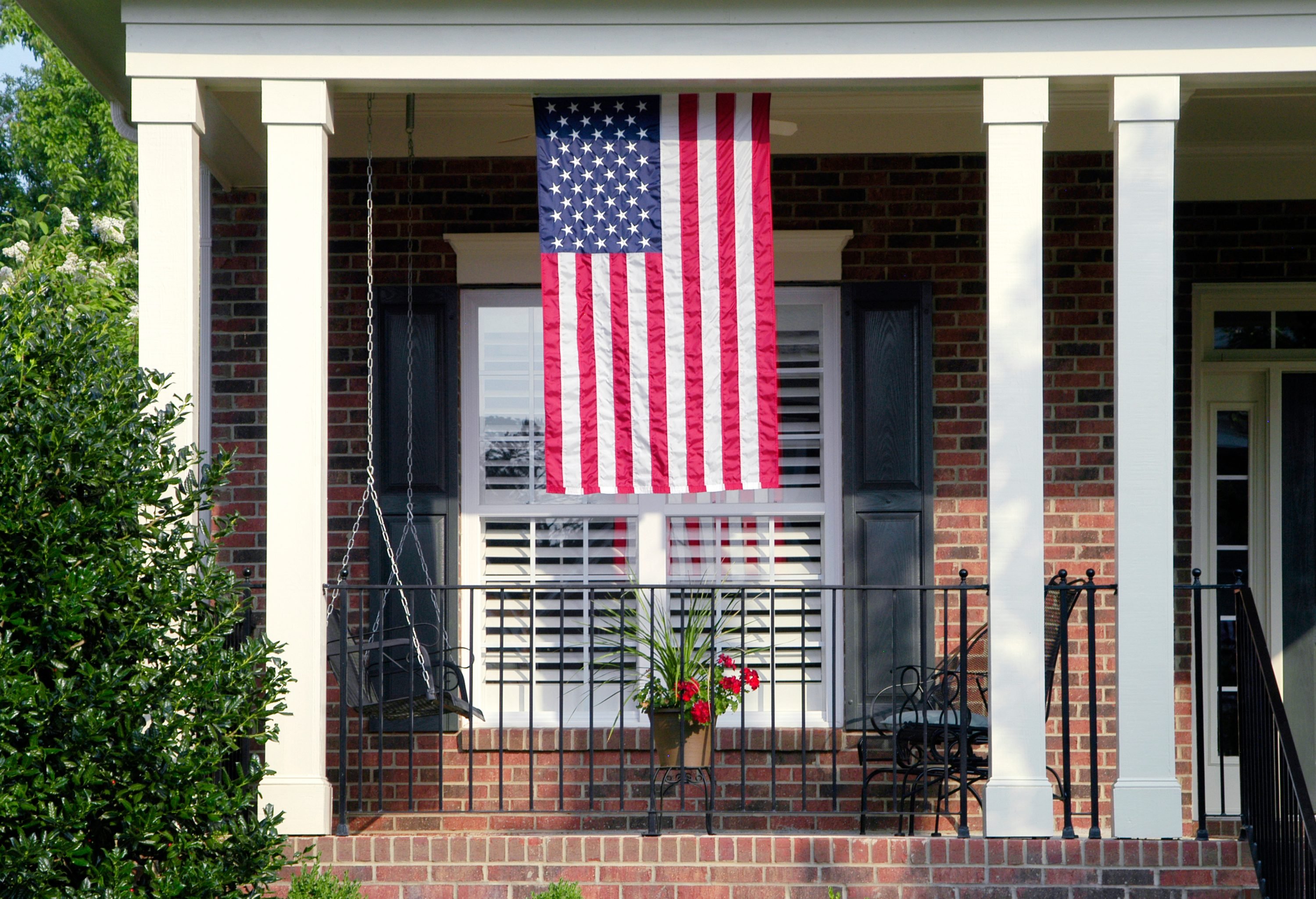