Heroic Cats Who Served in the Military

While honoring military servicemen and women this Veterans Day, it'd only be fair to tip our hats to the cats who have been serving beside them. Here are some cats in the military throughout history.

Elephants, pigeons, dolphins—animals have been used during wartime for years. And you’ve probably heard of dogs on the battlefield, but often-overlooked cats have also provided companionship to troops. Sure, you can train a cat to do many life-changing things, but who knew that having felines on the frontlines was one of them? Scroll on to learn more about the most heroic cats in military history. 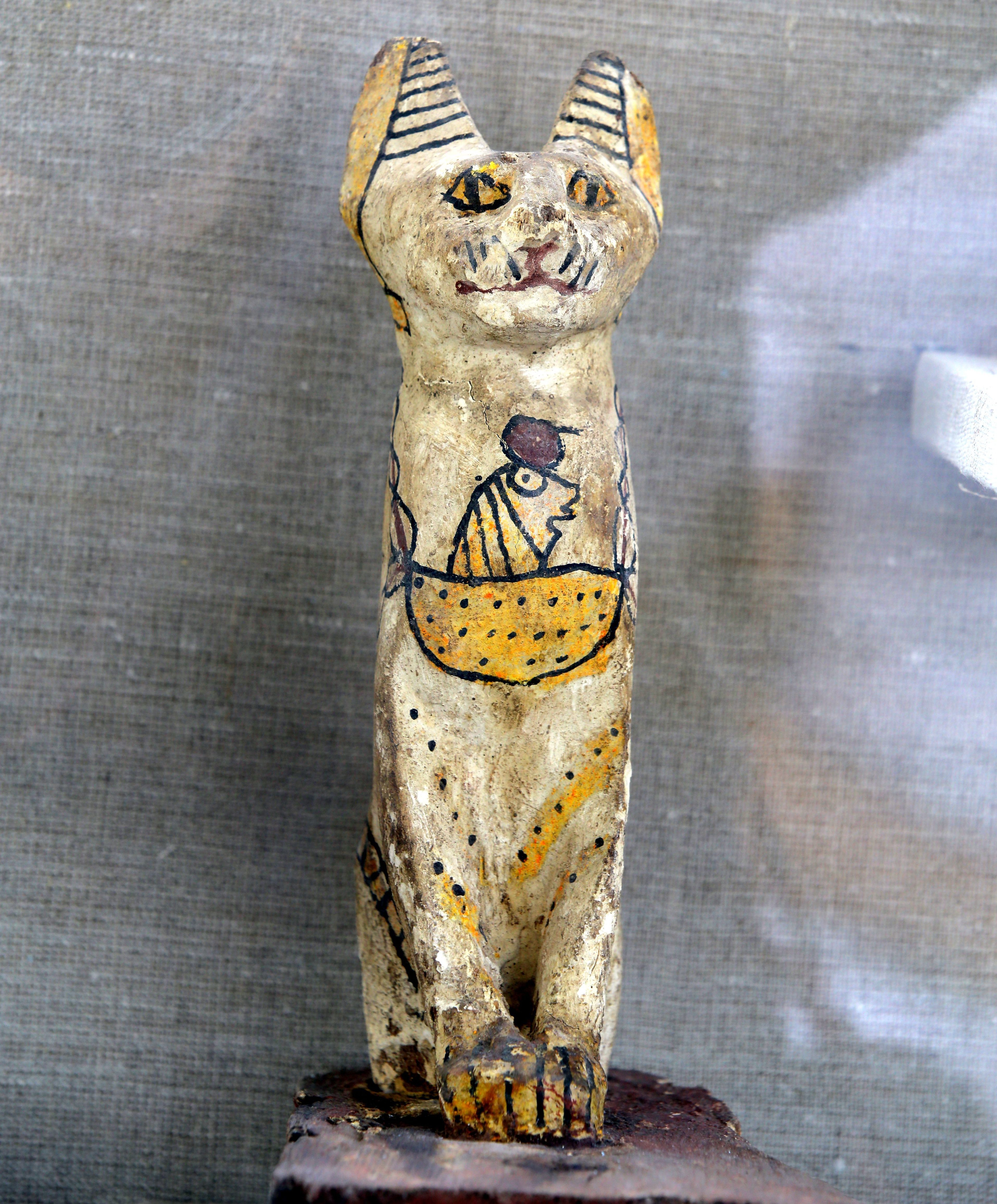 Cats were worshipped in ancient Egypt—scientists have uncovered more than 300,000 cat mummies, and killing a cat in ancient Egypt could be punishable by death. In fact, ancient Egyptians’ love of cats was so well-known that Persians actually turned it against them. In one of the earliest instances of felines being used in war, Persian king Cambyses II masterfully used Bastet, Egypt’s cat goddess, to conquer his enemy. In 525 B.C.’s Battle of Pelusium, the image of Bastet was painted on the Persians’ shields and cats were let loose on the battlefield. Because Egyptians lawfully could not hurt or kill cats, they simply surrendered. Egypt’s history gets even more interesting: Learn about the 10 plagues of ancient Egypt and the plausible scientific explanations behind them.

Fast-forward to more modern times and cats were primarily used for comfort, catching mice, and as morale-boosters during World War I. According to Doran Cart, senior curator at the National WWI Museum and Memorial in Kansas City, Missouri, one British medical officer, Lieutenant Philip Grose, wrote in 1915 that his “pet cat was very intelligent and affectionate. She was the most confidential cat I ever knew and was forever whispering something in my ear which I could never quite catch. While I was writing she would come and sit very close beside me and read what I wrote and purr loudly.” Pictured here, is the crew of the USS Florida posing with a cat circa 1917-1918. How many of these cats came in contact with the 20 coolest everyday things that were designed for World War I?

From stress relief to a healthier heart, owning a cat may actually have health benefits. Maybe that’s why American soldiers on leave from the front in France in 1918 (pictured here) turned to writing letters, reading the newspaper, and, yes, playing with kittens to unwind.

Cats often served as mascots through times of war. “The most famous mascots were a pair of lion cubs for the Lafayette Escadrille, a French flying unit made up principally of American volunteers,” says Cart. “They were called Whiskey and Soda and were given to the Paris Zoo after the war.” Here, German soldiers are pictured in the trenches with a cat mascot. You’ll laugh out loud when you find out these hilarious military code names that were actually used.

When thinking about military mascots and insignia, eagles and mules probably come to mind. But “cats were also used extensively as symbols in unit insignia, especially among airplane units,” says Cart. “The US 81st Division had an arch-backed cat as their shoulder sleeve insignia on their uniforms.” In this photo we see a soldier sitting in the cockpit of an airplane that may be parked inside a hangar. Painted on the side of the plane is a cat with the words underneath: Who Said Rats. Betcha never learned these fascinating facts about America while you were in school.

Animals were commonly used in World War I, so much so that British intelligence officers didn’t think twice about accusing two cats and a dog of being German spies at the time. (Spoiler alert: these animals were not spies, but the CIA has trained cats for covert operations before.) Learn some more government secrets the CIA doesn’t want you to know.

By World War II, the United States had enlisted thousands of animals. “The U.S. military officially used dogs, pigeons, mules, and horses during the war,” says Toni M. Kiser, assistant director for collections management at the National WWII Museum in New Orleans. “Cats were definitely one of the more common animals (along with dogs) used as mascots and adopted as pets, but they often played a useful role as well. Cats were often kept to keep down rodent populations and even some insect populations on posts, around mess or dining halls, and often aboard ships.” And not only did these cats serve as companions, but they even helped to warn of bombs about to drop. Here, we see Kodiak Cat, the mascot for the 73rd Bomb Wing. Chances are, your cat will never need to warn you about a bomb, but it’s still helpful to know how to decode your cat’s behavior.

Sure, cats were used during times of war to warn of oncoming bombs, but can you believe that cats were actually tested as bombs in World War II? You read that correctly: cat bombs. The crazy idea didn’t make it past the testing stage, though. In addition to the horrific idea of sacrificing cats as weapons (which, by the way, wasn’t even the military’s first attempt to weaponize an animal), the tester cats passed out too quickly for the bombs to be successful. Phew. Find out the truth behind 10 U.S. secret government operations.

There are companion war cats, and then there are famous war cats. Between Tiddles, the black cat who traveled more than 30,000 miles with the Royal Navy in the 1940s, and Simon, the black-and-white cat who was honored with a Dickin Medal, the highest British award an animal can receive in war, your house cat’s got a lot to live up to. Pictured here is Lieutenant S.W. Torney, U.S. Air Service with a cat. More of a dog person? Then you’ve got to read about the bravest dogs in history.

According to the U.S. Department of Defense, a cat joined a U.S. Army unit in Iraq as recently as 2004. Named Private First Class Hammer by the soldiers, the striped kitten served as a distraction and companion to the troops and even kept mice away from food and living quarters. The young cat was so special to the unit that they fought to give him a home in America. Thanks to Alley Cat Allies, an animal rights nonprofit, the cat made its way to a home in Colorado. These service dogs saved the lives of the veterans they served.

Forget the battlefield, cats have even entered space. In October 1963, French scientists at the Education Center of Aviation and Medical Research (CERMA) sent a black and white cat into space. Fifteen minutes later, Félicette the Space Cat returned to earth (alive!) and her brain was studied. Here are more animals that went to space before you did.

Melissa Mills
Melissa is a writer, editor, and digital media specialist. Formerly, she was the Senior Manager of Editorial Operations at Bustle Digital Group. Her work has appeared in Bustle, Romper, and Glamour.