And you thought the park tickets were expensive! 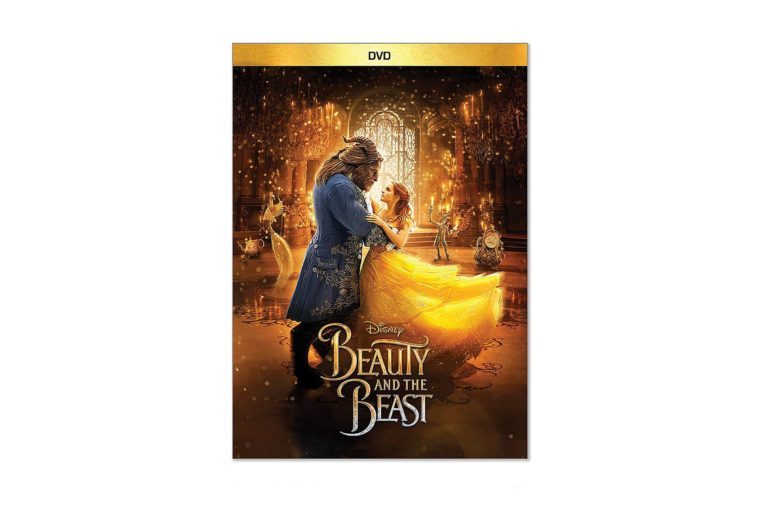 Costly merch from the Mouse

When you take a trip to a Disney park, you’re surrounded by merchandise. Many rides empty out into a gift shop, and Main Street USA and Disney Springs are filled with shops packed to the brim with all sorts of Disney products. While many parkgoers would be content to buy a set of Mickey ears and a t-shirt or trinket and call it a day, there are all sorts of items for die-hard fans who want to go above and beyond…and have plenty of cash to spare. While it’s certainly easy to joke, “Take my money, Disney!” about its blockbuster movies and adorable products, see if you feel that way about these colossally expensive items available in Disney parks and on shopDisney.com. 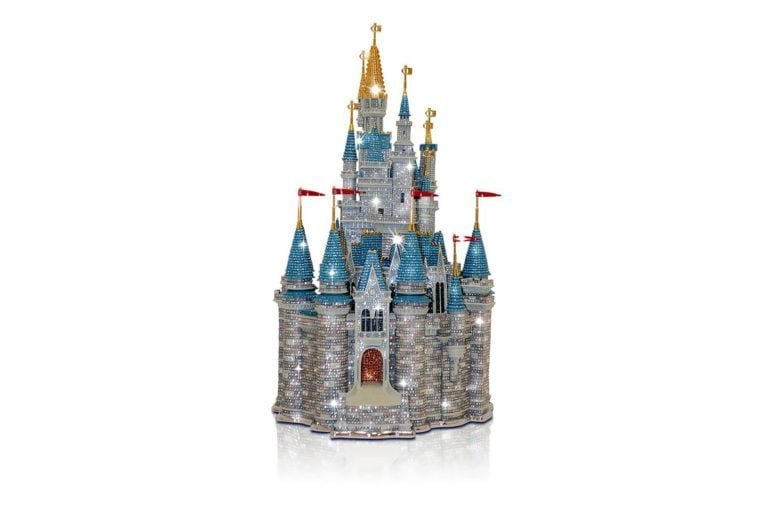 We might as well start with the doozy. Cinderella’s Castle in Disney World is possibly the most iconic sight in any Disney park, so it makes sense that you’d be able to buy a miniature replica. What you may not think makes sense is its price tag: $37,500. To be fair, it’s not a tiny shelf-top replica. It’s 20 inches tall, 11 inches wide, and 12.5 inches in depth. Add to that the 28,255 Swarovski crystal stones that are individually hand-set. Notorious throughout the Disney fandom, this is the pinnacle of Disney souvenirs, in both luxury and price. It’s a limited edition with only 50 available, according to shopDisney, but we can’t imagine that that number is going to be whittled down all that fast. These massively priced items are pretty obvious, but there are lots of other much more subtle ways Disney gets you to spend more money. 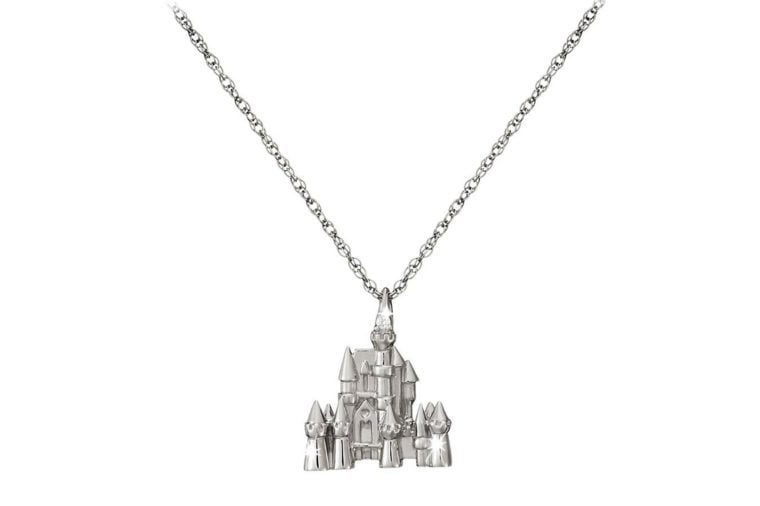 Don’t have 37 grand, but still want a mini Cinderella’s Castle? No worries, a smaller, portable version that you can wear can be yours for $3,675. While this one’s not covered with crystals, it’s made of platinum and has a real diamond sparkling in the top tower. It’s three-quarters of an inch in height and five-eighths of an inch wide. And if you think these things are expensive, wait till you see how much it costs to stay in Disney World’s most expensive hotel room. 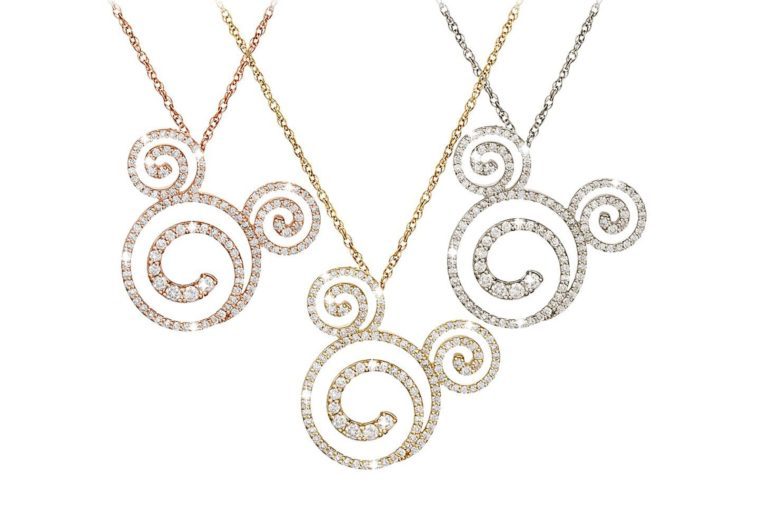 This necklace dangles the quintessential Mickey ears, enhanced with a cool swirl design…made of tens of genuine diamonds. In addition, the diamonds are set on 18-karat gold, which the chain is also made of. You can get this dazzling item in yellow gold, white gold, and rose gold. No matter which you choose, it’ll cost $5,815. We’ll stick with the classic Mickey ears hat, thank you. 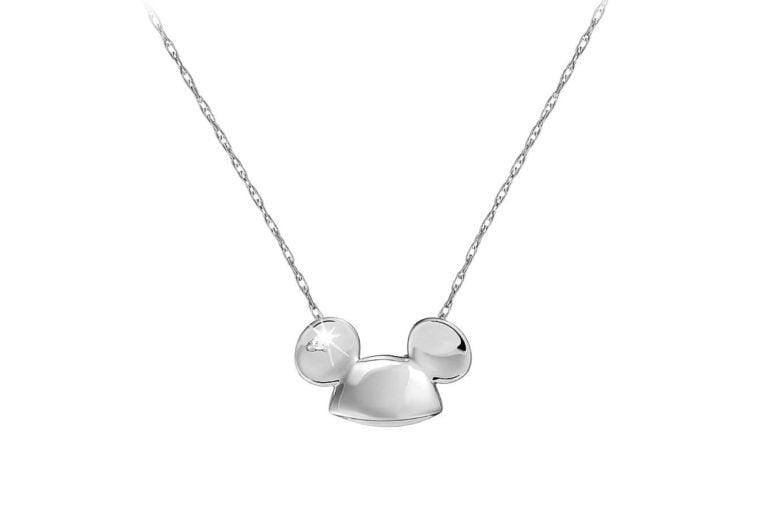 Wait…we take that back! This necklace features a platinum rendering of the classic domed Mickey ears hat that you’re bound to see in pretty much any photo of someone at a Disney park. A real diamond sparkles in one of the ears. It’s no 5,800, but it will still set you back a cool $2,825. Celebrate the classic Mickey ears symbol for free instead by searching for hidden Mickeys like these in the parks. 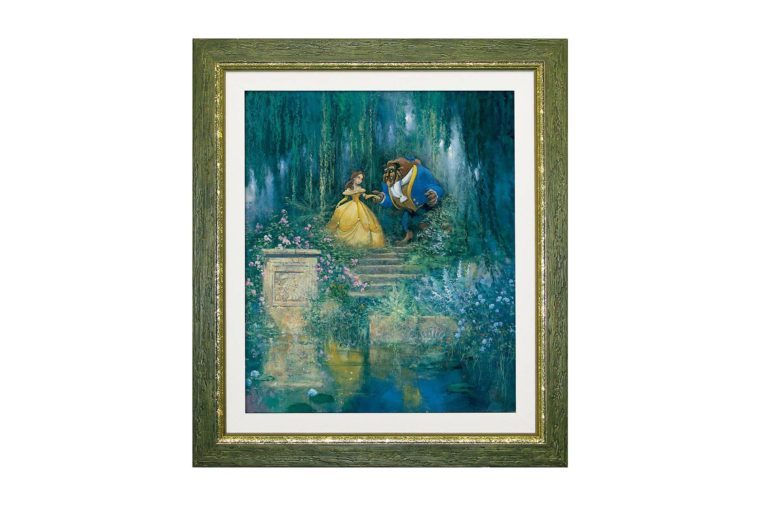 Beauty and the Beast giclée

What even is a “giclée”? Well, it’s a print made with an inkjet printer that allows individual copies to be made. Basically, it’s a very expensive digital print. This one, a Disney limited edition of 395, features Belle and the Beast in their outfits from the iconic ballroom scene, walking down a set of stairs to a reflecting pool. Plenty of rare, detailed Disney art is expensive, but this is one of the priciest ones we could find at $1,169.50. You could buy 51 Beauty and the Beast DVDs for this price! (Almost—technically it’s 50.959.) 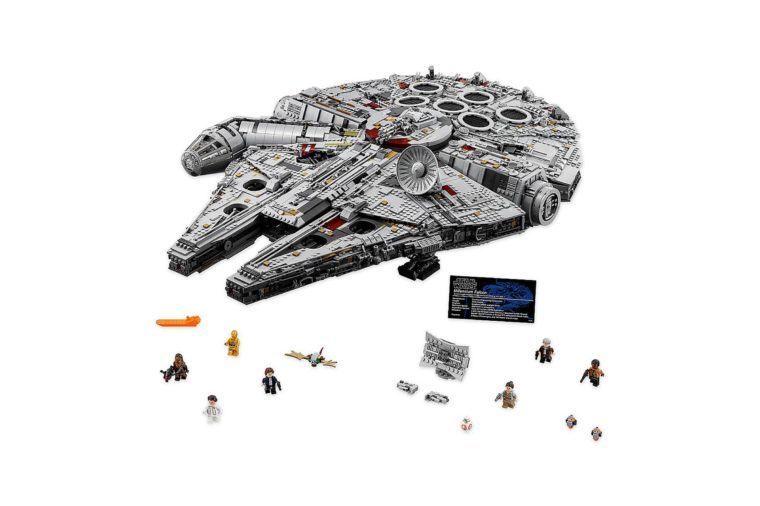 The classic Disney characters bring in big bucks, but let’s not forget that Disney owns a few other major franchises—including the world’s highest-grossing movie franchise in terms of merchandise sales, Star Wars. So you’d expect some Star Wars–inspired options to be putting up big numbers. One of the most expensive we found—as well as the most expensive of the many Lego sets available on shopDisney—was this Millennium Falcon Lego set. Containing 7,541 pieces, it forms a 33-inch-long, 22-inch-wide replica of the legendary ship when completed. With it, you get Lego figurines of Princess Leia, Han Solo (both Young Han and Older Han), Chewbacca, C-3PO, Finn, Rey, and BB-8. To get it, you’ll need to spend $800 even. That shakes out to about ten and a half cents per piece. 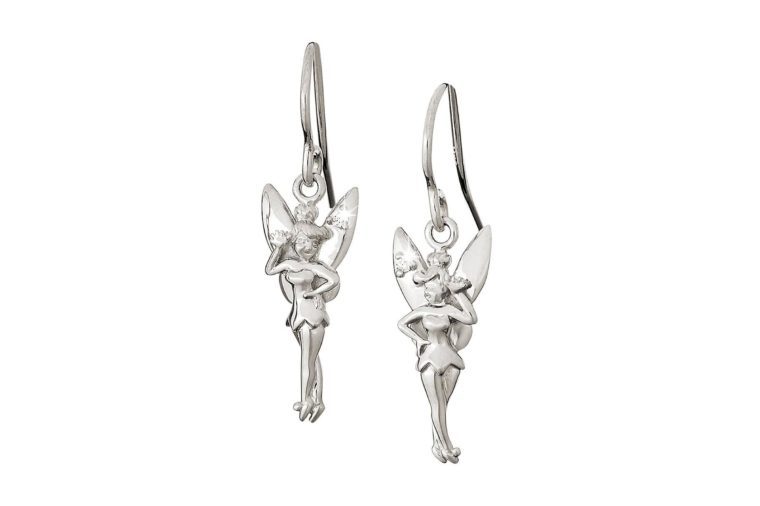 Everyone’s favorite sassy fairy is the star in one of the most expensive pairs of earrings we found in shopDisney—and the most expensive we could find that weren’t just a variation on Mickey ears. Made of platinum with the sparkle of a real diamond in one wing, this fairy pair will require you to part with $1,500. We can’t totally explain why these things are so expensive, but we do have a good idea why the park tickets cost so much. 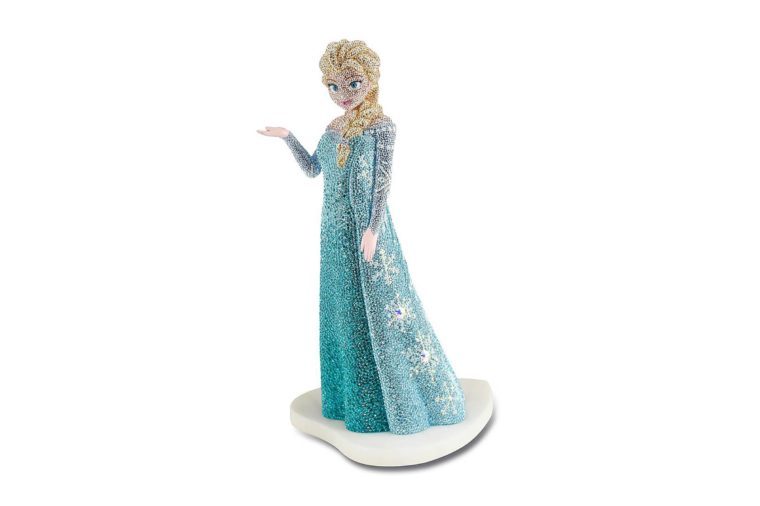 Undeniably one of Disney’s most popular characters ever, and the ice-wielding star of the second-highest-grossing animated film of all time (second only to 2019’s hyperrealistic, but technically animated, Lion King remake), Queen Elsa finds herself bedecked in jewels in this ten-and-a-half-inch-tall sculpture. Created by the Arribas Brothers, who also created that 37,000-dollar castle, it’s also encrusted with Swarovski crystals. If you want it, you’ll have to say “let it go” to $8,950. 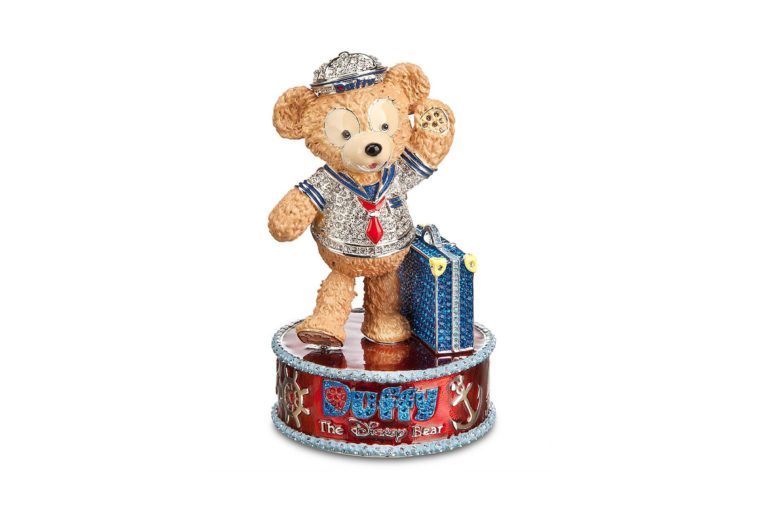 This price of $695 for this figurine wouldn’t be quite so surprising…if this was a character we were familiar with! If we heard “the Disney bear,” we’d think Winnie-the-Pooh! Maybe the true Disney fanatics are shaking their heads at us, but we had to do some online digging to learn the story behind this little guy. Duffy debuted in 2002, marketed as Mickey Mouse’s own teddy bear. He’s not “in” any Disney movie or production; his goal was to help market the Once Upon a Toy store that opened in Downtown Disney. While Duffy never quite took off in the United States, he is a popular character in Japan and has a larger presence at Tokyo Disney. Check out some amazing Disney attractions you can only see in the overseas parks. 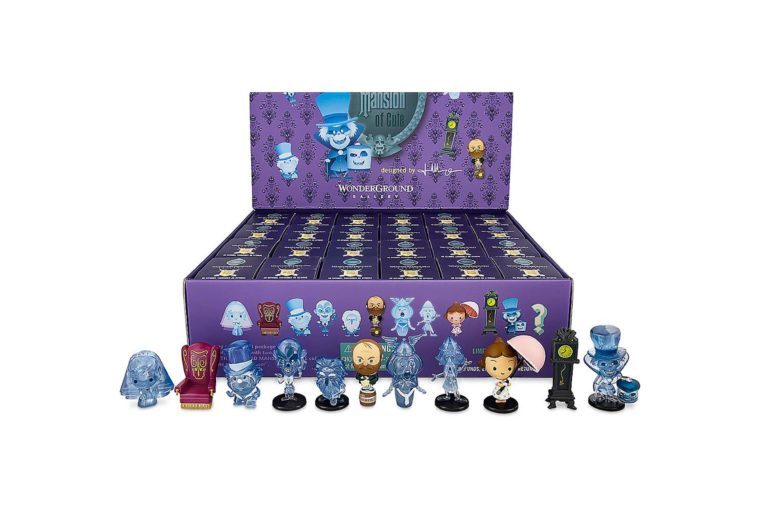 Another surprisingly expensive item we found was this collection of mini Haunted Mansion–themed vinyl figures. It contains 12 different figurines, each in its own miniature box. You’ll get the Hatbox Ghost, the parasol girl from the Stretching Room, a pair of opera singer ghosts, the grandfather clock, and several others. Sure, they’re cute and great for any fan of one of Disney’s most famous dark rides, but $479.76 seems like a lot! Read on for some more trivia you never knew about the Haunted Mansion in Disneyland. 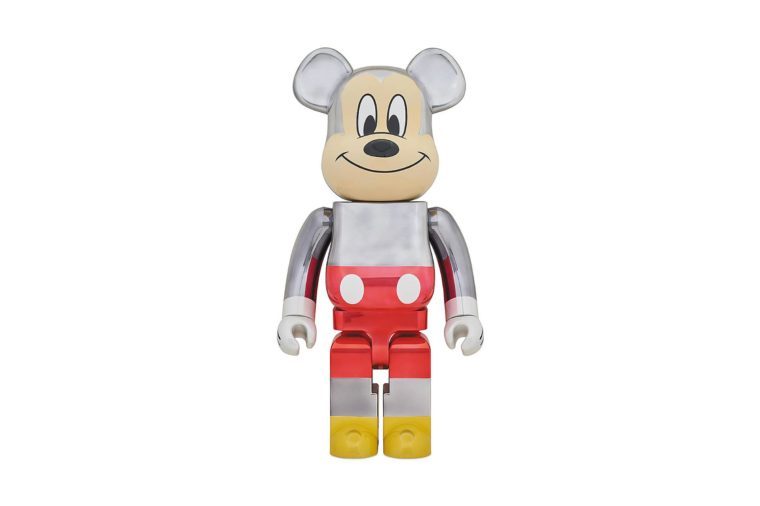 This product was debuted to celebrate Mickey Mouse’s 90th anniversary, in November 2018. It’s a posable [email protected] figure ([email protected] being essentially large, very expensive Legos). How expensive? Well, you can get this one, which measures 27-and-a-half inches in height, for $749.95. 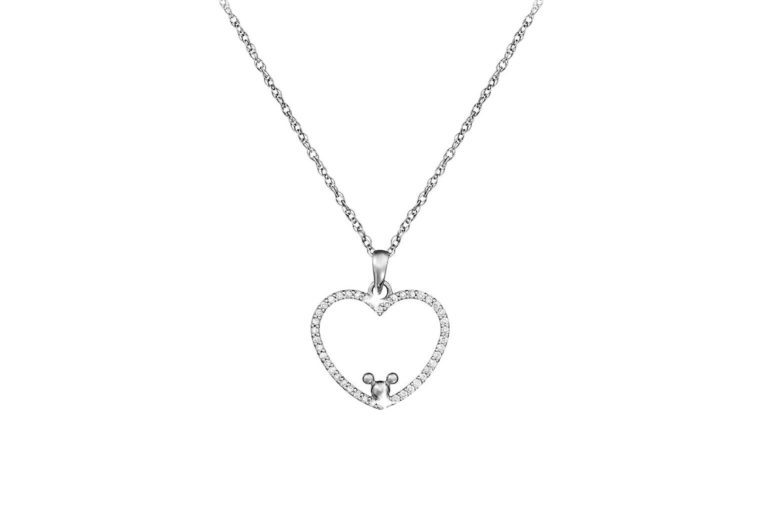 Finishing strong with another piece of jewelry featuring the Mickey ears. This necklace is made from platinum and studded with diamonds. With itty-bitty Mickey ears inside a larger heart—oh, and a price tag of $2,840—buying this necklace is a good way to unequivocally show your love for Disney! Head spinning from all these ridiculously high Disney prices? Don’t worry—Disney parks have plenty of things you can get for free, too.