The Most Popular Fast-Food Restaurant the Year You Were Born

There once was a time when you couldn't grab a Big Mac for lunch, or a Caramel Frappuccino on your way to work. But by the 1950s, quick and cheap eats had exploded onto the restaurant scene. 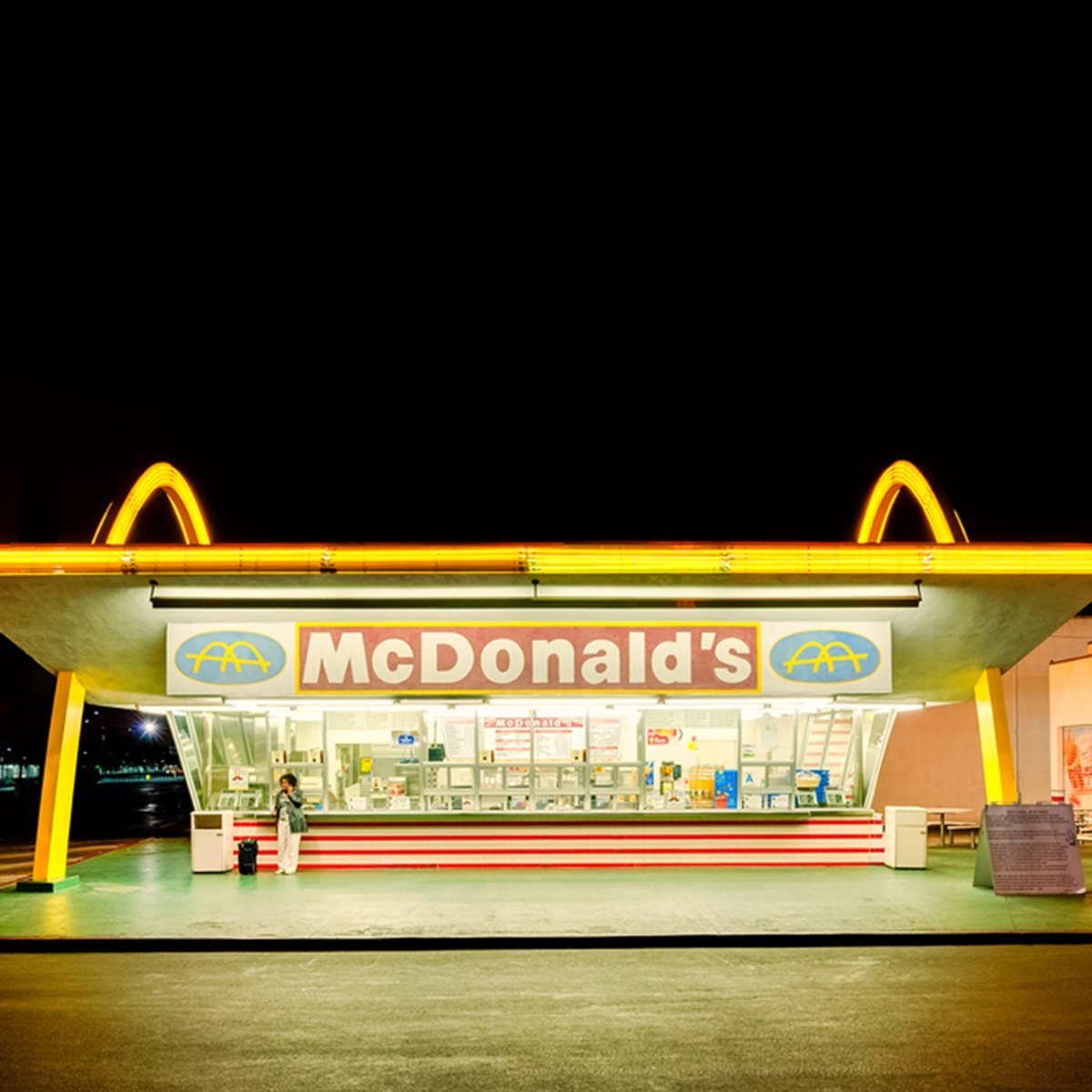 McDonald’s is the original fast-food restaurant, and has dominated the fast-food industry throughout history. It was actually founded in 1940 but really began to take off in the early 1950s! It might be because McDonald’s introduced its best-selling menu item in 1949: French fries. Before that, only potato chips were available. Here are 75 more surprising facts about McD’s. 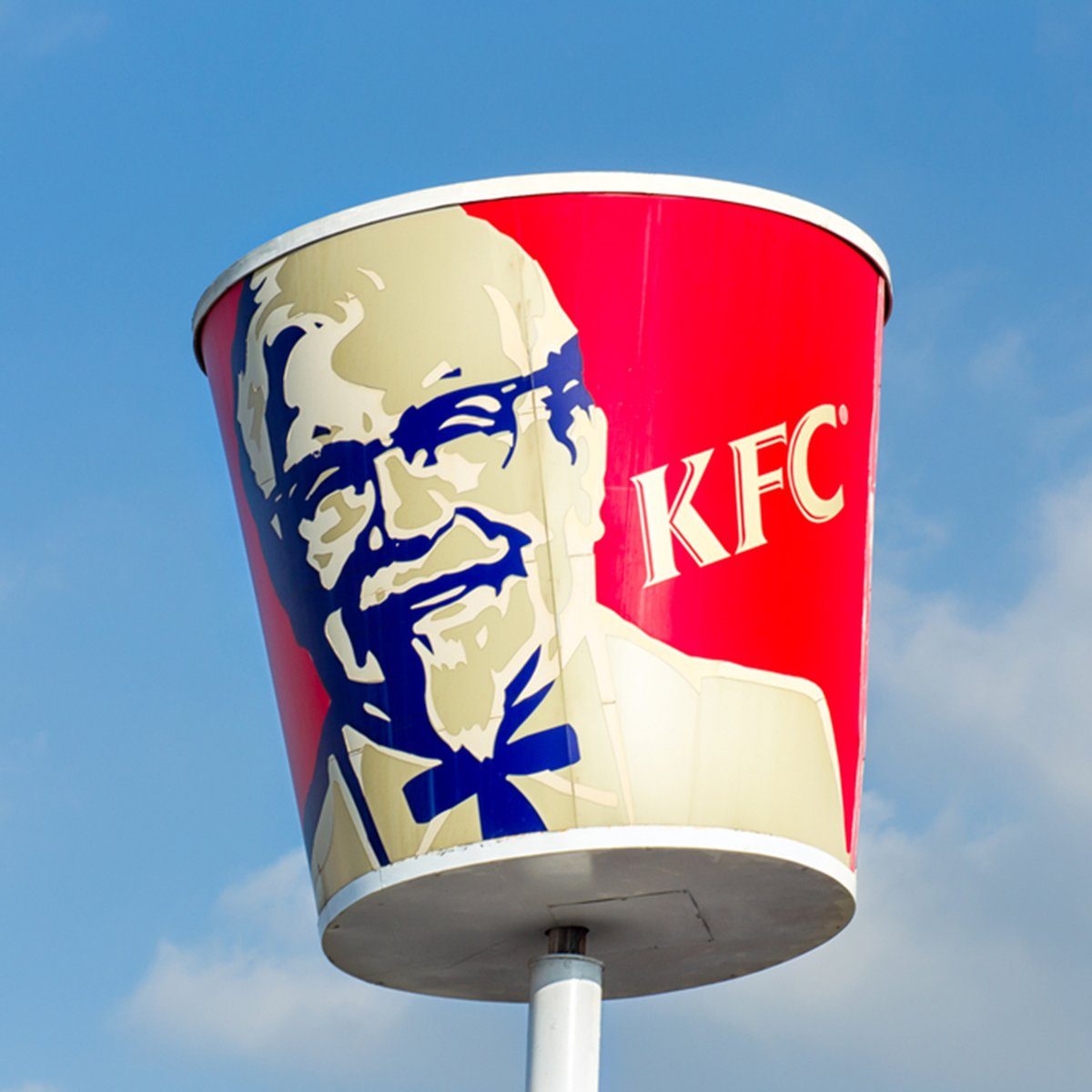 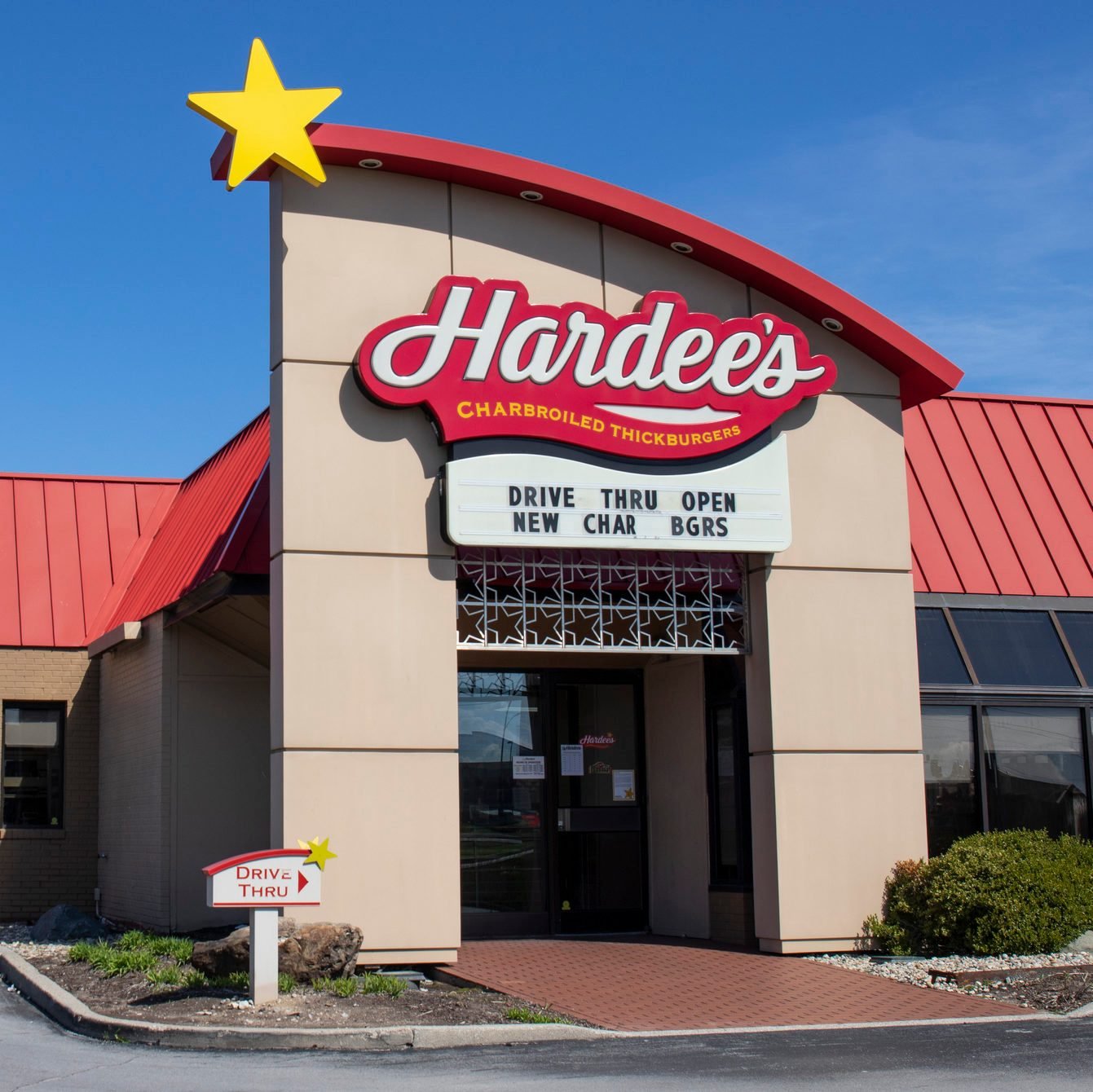 Wilbur Hardee opened the first Hardee’s in 1960. The menu in 1964 shows hamburgers for 15 cents, fries for 10 cents, and milkshakes for 20 cents. (What a deal!) Eventually franchised, there were over 200 locations in the United States by the end of the 1960s. To set Hardee’s apart from McDonald’s, the Hardee’s buildings were designed in a hexagonal shape with a pointed roof. Some Hardee’s burger patties were also hexagonal! Check out the first locations of 8 famous fast-food restaurants. 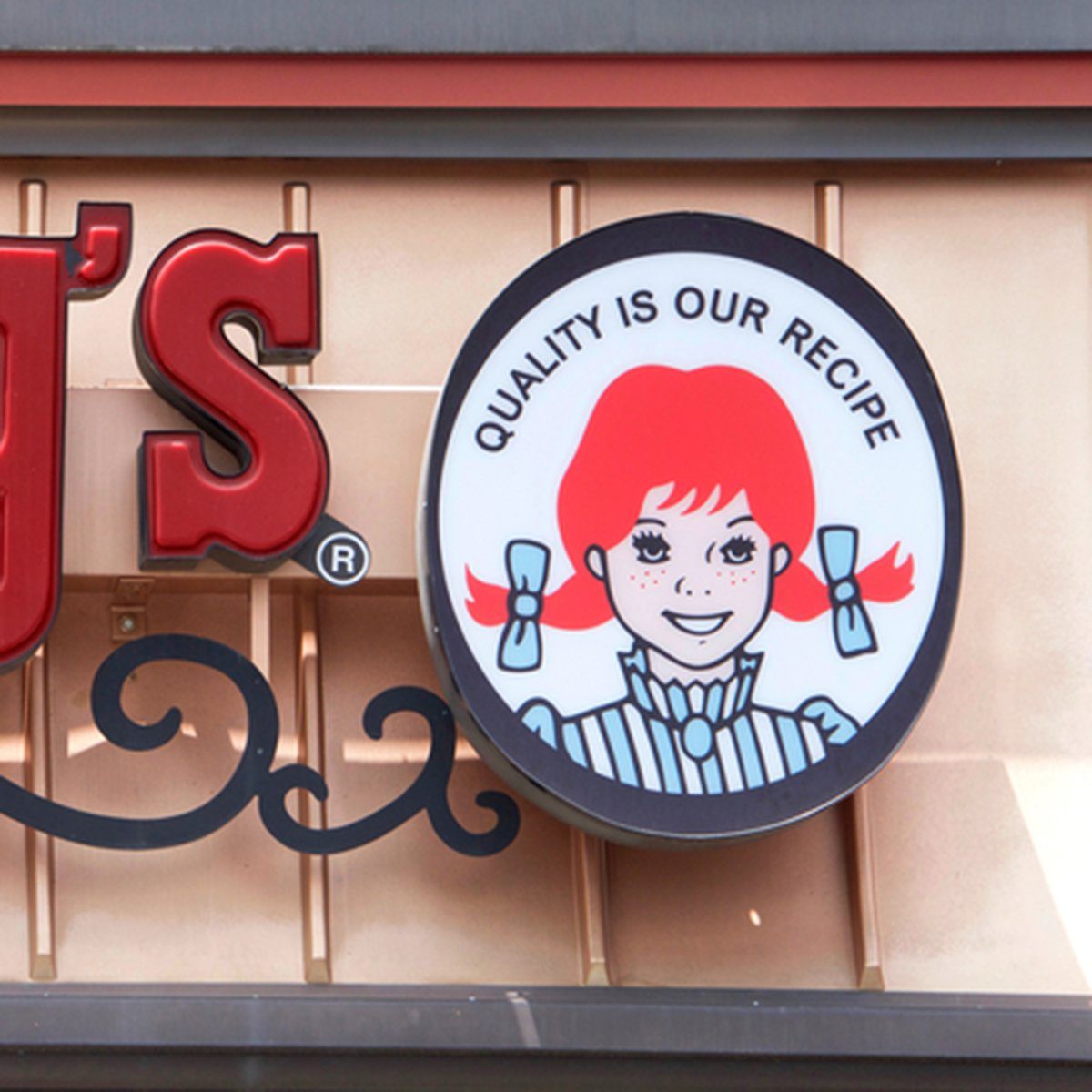 The first Wendy’s opened in 1969 and dominated fast food into the 1970s. It was unique thanks to its square hamburger patties and the introduction of a salad bar in 1979. The famous Frosty was one of the original items on the menu in 1969 and is still one of Wendy’s best-selling products today. Remember the famous Wendy’s commercial with an elderly woman exclaiming, “Where’s the beef?” These major fast-food scandals rocked the industry. 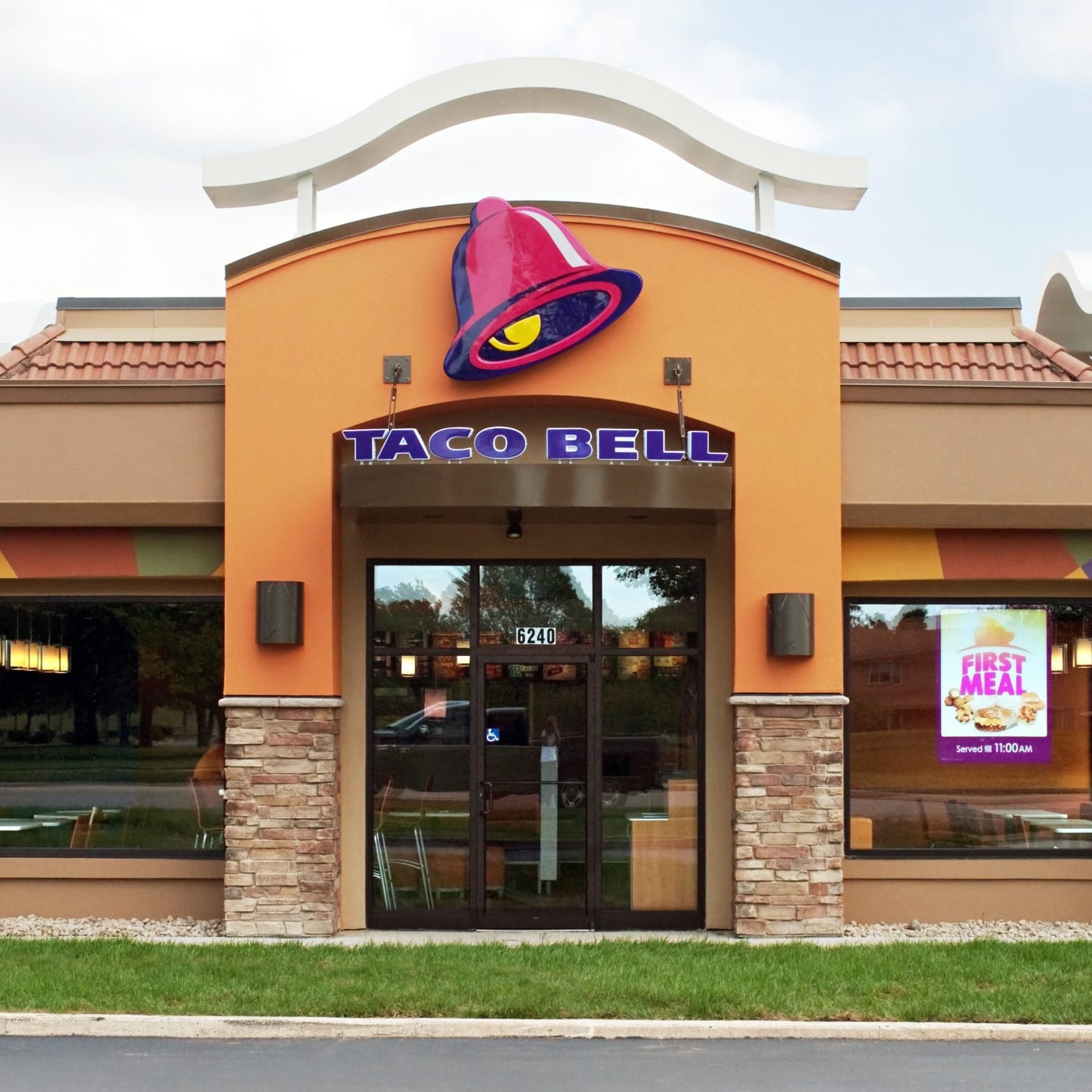 Believe it or not, Taco Bell started as a hot dog stand! But then Glen Bell realized there was an opportunity in the market for Mexican food, and started selling tacos for 19 cents. He didn’t have many competitors for fast food tacos, and there were 325 restaurants by 1970. Taco Bell still dipped its toe in the bun food world a couple times, without much success. Remember the Bell Beefer, which was similar to a Sloppy Joe? This is how Taco Bell actually got its name. 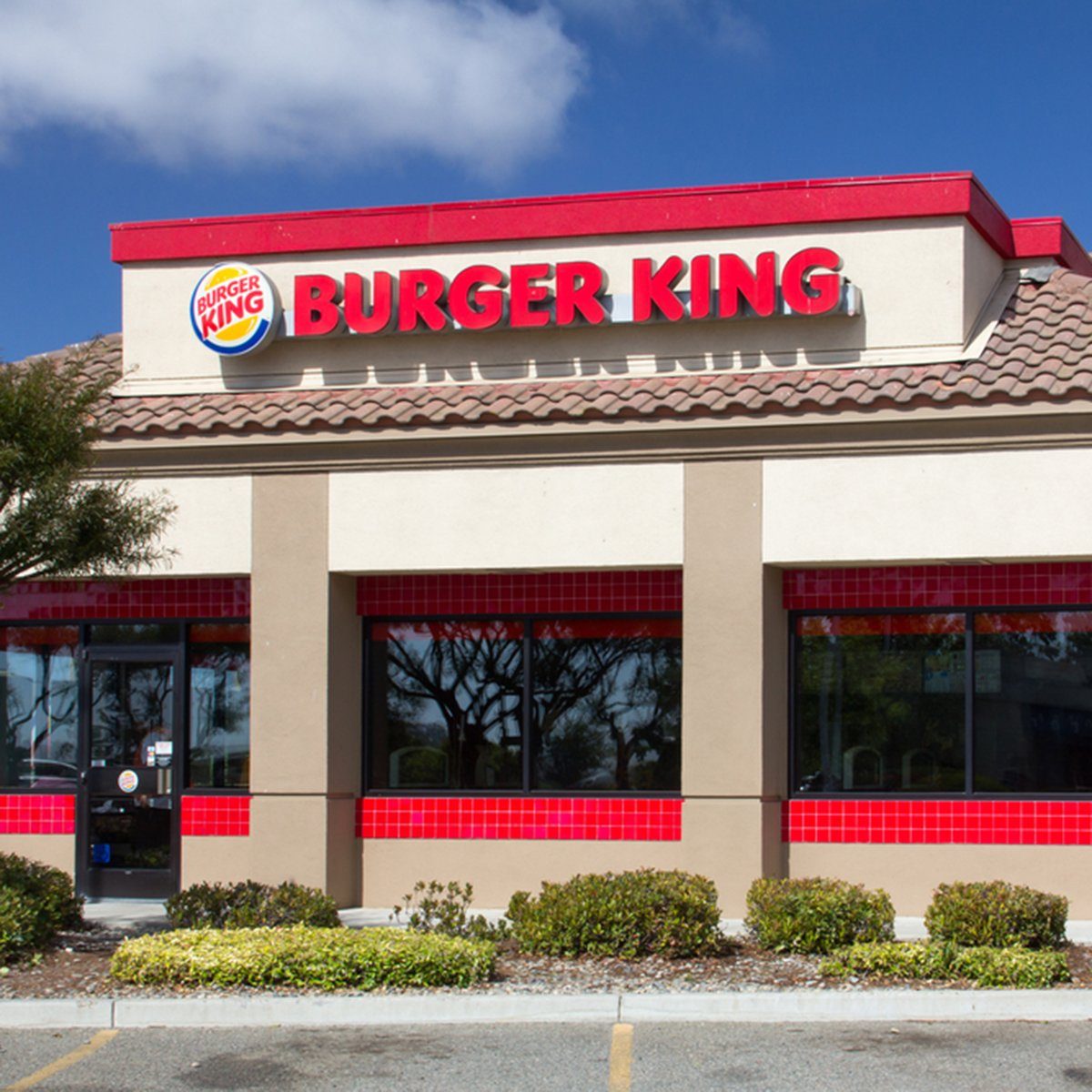 McDonald’s continued to dominate the fast-food burger world during the ’70s and ’80s, but Burger King gave ’em a run for their money in the late ’70s. Burger King hired former McDonald’s exec Donald N. Smith in 1978. He restructured the company and began to market more to children, to compete with McDonald’s Happy Meals. By 1980, company sales were up 15 percent! You’ll love these Burger King copycat recipes. 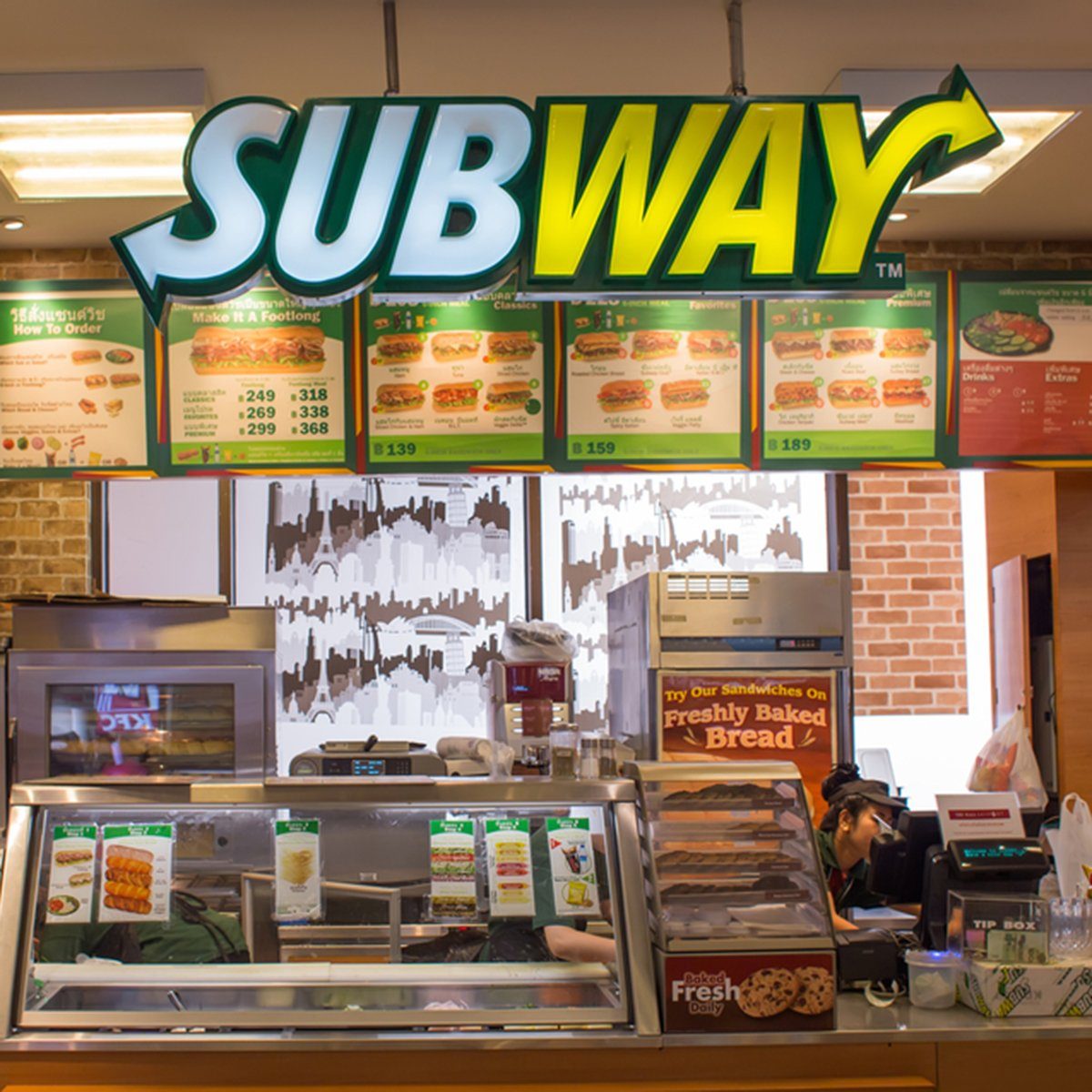 Subway—which used to be named Pete’s Super Submarines—was founded in 1965 by Fred DeLuca. The restaurant started to gain popularity in the late 1970s, and by 1982 the company claimed to be the largest “sub chain” in the United States. Unlike other fast-food chains, Subway uses fresh meats and vegetables on their sandwiches, allowing it to lead the way in healthy fast food meals. (Don’t want a footlong? You could order “The Snak,” Subway’s original name for the six-inch sandwich.) Get to the bottom of these fast-food facts that are actually false. 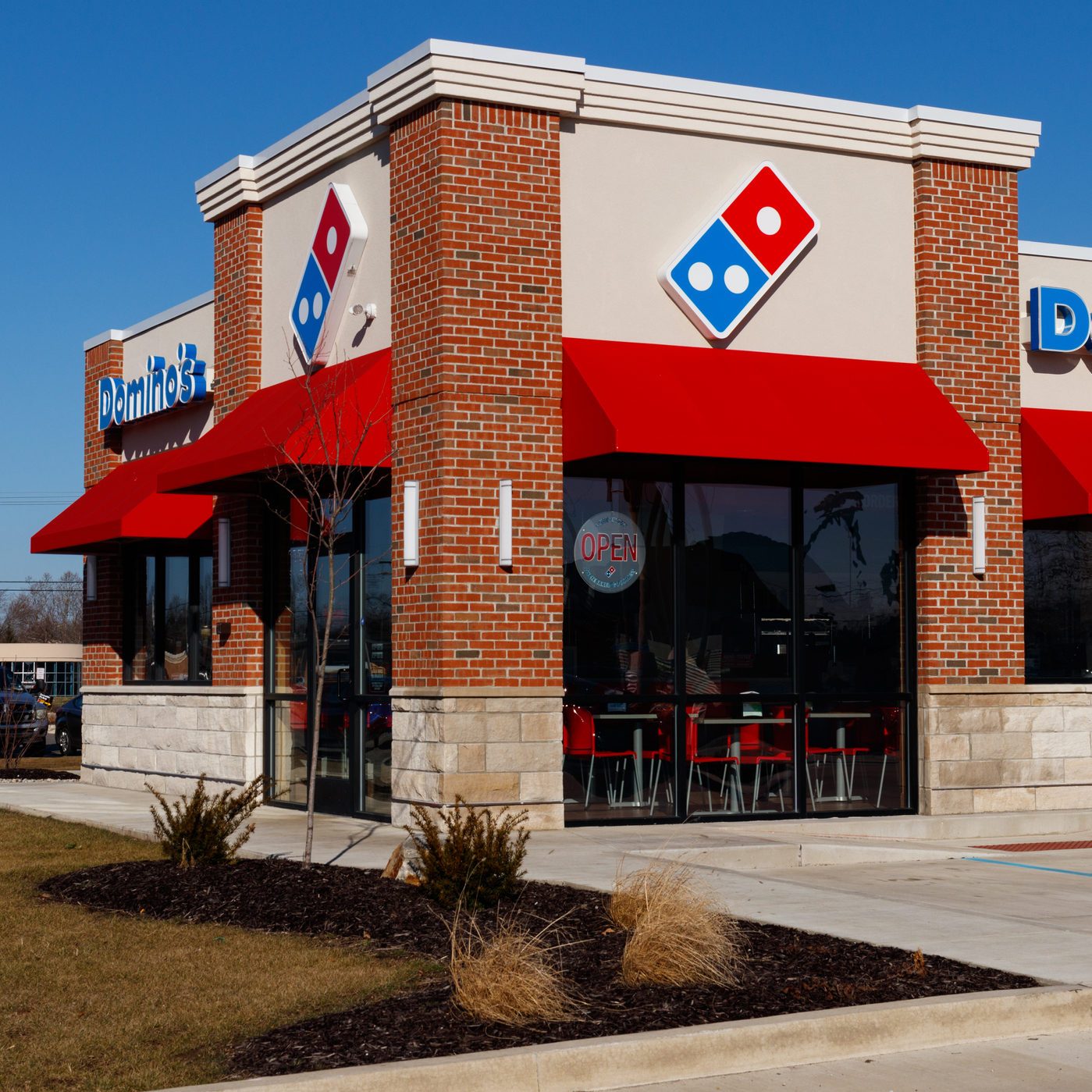 At its beginning in 1960, Domino’s was called DomiNick’s. It was renamed Domino’s Pizza in 1965, shortly after franchised pizza restaurants began to open. Thanks largely to its delivery service, Domino’s was the fastest-growing pizza restaurant in the United States by 1985. Today, Domino’s 100,000 deliverymen drive 10 million miles a week and deliver 400 million pizzas a year! Find out which major fast-food restaurant is the safest in the country right now. 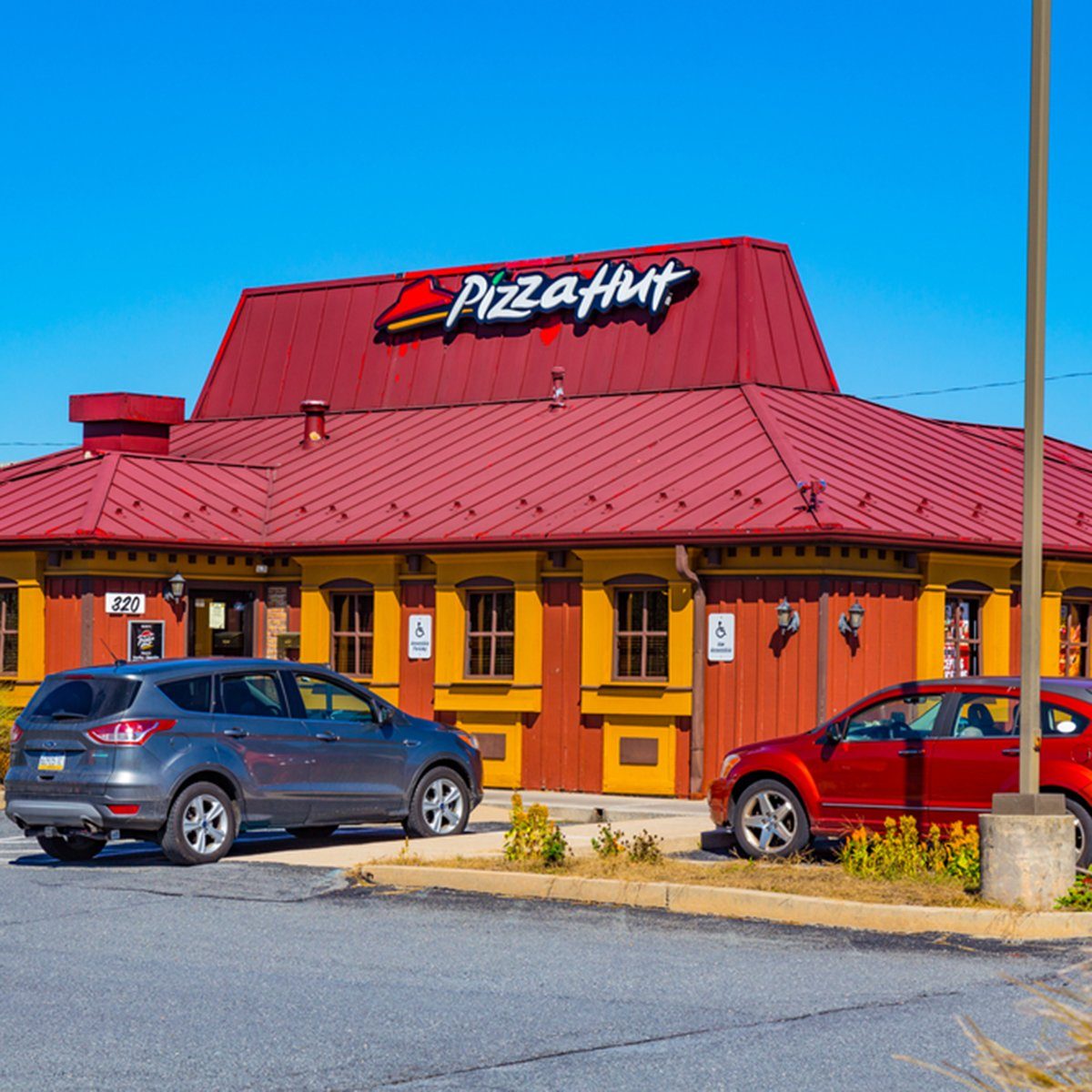 Pizza Hut and Domino’s have been rivals since their beginnings, and Pizza Hut is usually the winner in both the number of restaurants and overall sales. But Domino’s dominated when it came to pizza delivery. Pizza Hut didn’t introduce a delivery option until 1986, and it paid off right away. In 1989, Pizza Hut even delivered pizzas to the White House when First Lady Barbara Bush threw a pizza party! Learn how 8 famous fast-food restaurants got their names. “America Runs on Dunkin'” but that wasn’t always the case. Founded in 1950, Dunkin Donuts used to be a small coffee shop called Open Kettle. It franchised and exploded in popularity because they were known for offering 52 kinds of doughnuts when a mere four or five options were the norm. Get a look at the most iconic item at 24 different fast-food chains. 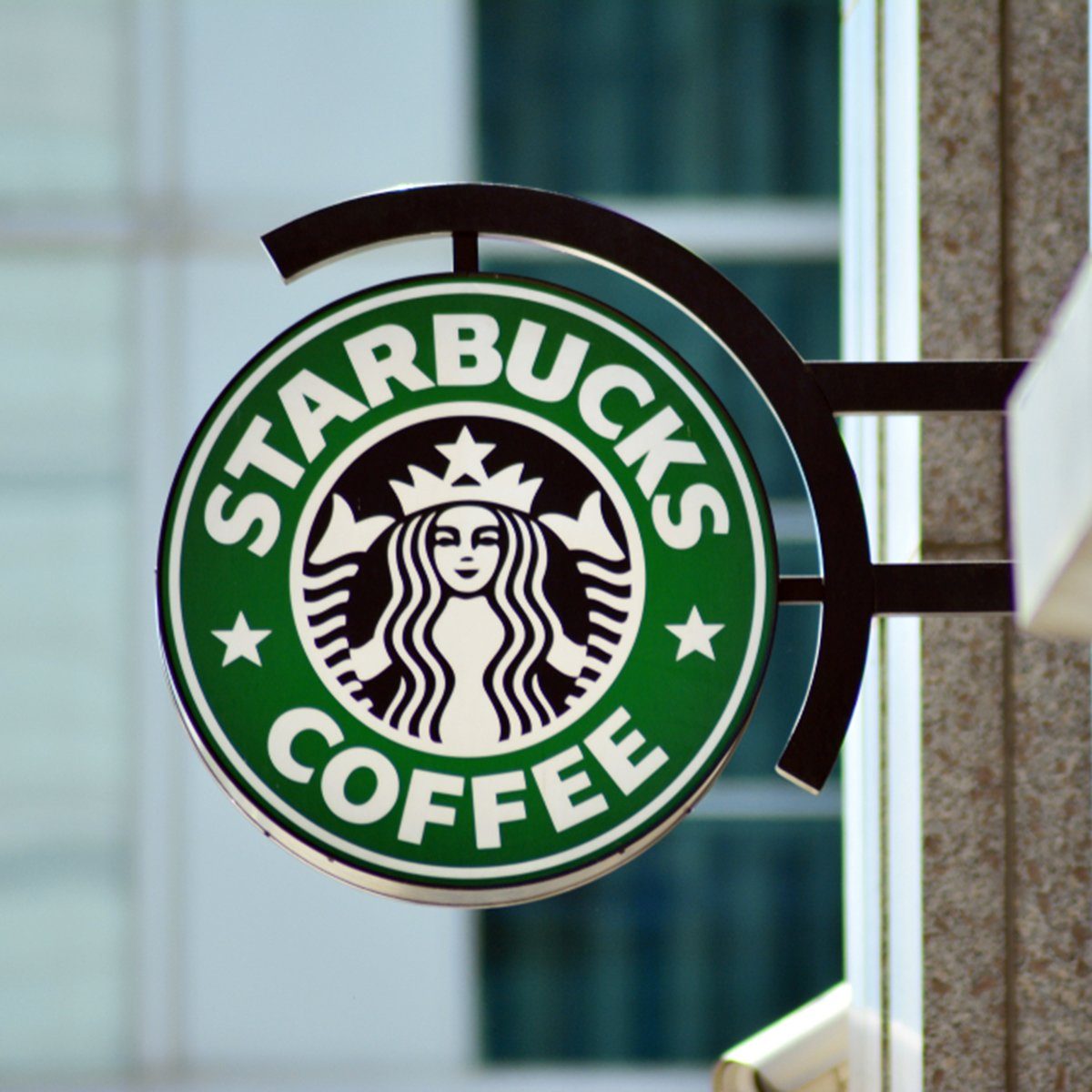 It wasn’t too long ago that Starbucks only had four locations. But Starbucks went public in 1992 and got crazy popular; it quickly became the largest coffee chain in the world. By 2000, there were 3,500 Starbucks—putting them at a growth rate of more than 4,000 percent. That’s the growth you get with all-day access to caffeine! Next, check out these fast food items that made major waves in the industry.

Erica Young
Erica Young is a freelance writer and content creator, specializing in home and lifestyle pieces. She loves writing about home decor, organization, relationships, and pop culture. She holds a bachelor's degree in Journalism and Mass Communication.