The 10 Most Popular Items Pawned Across the United States

The most popular item pawned in the United States is something everyone has and yet everyone is willing to give up for some cash.

Across the United States, people store old mementos in their garages and basements for years until they finally decide to de-clutter. At pawn shops, about 9 percent of items brought in are collectible items or antique pieces. The states that have a higher rate of pawning antiques compared to the national average are Indiana, Nebraska, Ohio, and Pennsylvania. Overall, more antiques and collectibles are pawned by women at 57 percent compared to the 42 percent of men who pawn them; in fact, it’s the fourth least popular item that men pawn. Before you head to a pawn shop with your antiques, find out which items in your garage are more valuable than you think.

Eight percent of items pawned are classified as a tool or piece of equipment. Though this might not seem like a big percentage, tools are still one of the top five things received in pawnshops. Can you guess the gender breakdown here? The gender breakdown for pawning equipment is quite drastic. Men pawn a whopping 63 percent of these items whereas a mere 37 percent comes from women. The only state to pawn tools at a higher rate than the rest of the country is Oklahoma.

Similar to tools, these items are only about 8 percent of what gets pawned. But the gender breakdown here is (predictably) the opposite of tools and equipment. Far more women are pawning clothing items than men. Clothes are the second most popular item that women are likely to pawn at 66 percent. And it would seem like the women in Maryland and Texas are pawning designer clothes much more than other women across the United States. Maybe these women are on to something because clothing is one of the best things you should buy used instead of brand new.

Diamond rings are one of the most expensive pieces of jewelry that get pawned. The average price for a diamond ring at a pawnshop is about $446. If you couldn’t guess, women are more likely to pawn their jewelry than men are. In fact, jewelry is actually the absolute least likely item that men are bringing to the pawn store. Overall, only five percent of what people bring to pawnshops is jewelry, but the states that are bringing in the most are Hawaii and North Dakota.

High-end watches might not seem like the most popular item to pawn, seeing that only about 4 percent of items fall into this category. And while you’re probably paying at least $100 or more for a designer watch in retail stores, pawn shops are likely to pay only $38 for a Michael Kors watch. Still, there are several states that pawn luxury watches at a higher rate than the rest of the country, incluing California, Delaware, Louisiana, and New York. When analyzed by gender, a similar percentage of men and women pawn watches at 53 and 47 percent, respectively. Find out the bizarre things you didn’t know you could donate.

Many parents make their children take some kind of music lesson in hopes that they’ll be the next Mozart, but it’s more than likely that those kids are gonna get rid of that instrument in a pawn shop. At least men will. Of the three percent of instruments pawned, 57 percent of them are brought in by men. That’s compared to the 43 percent pawned by women. On a granular scale, Cleveland and San Diego are the two top cities that are pawning instruments at a higher rate than the rest of the nation. Don’t miss the 21 things you should never pick up at a garage sale. 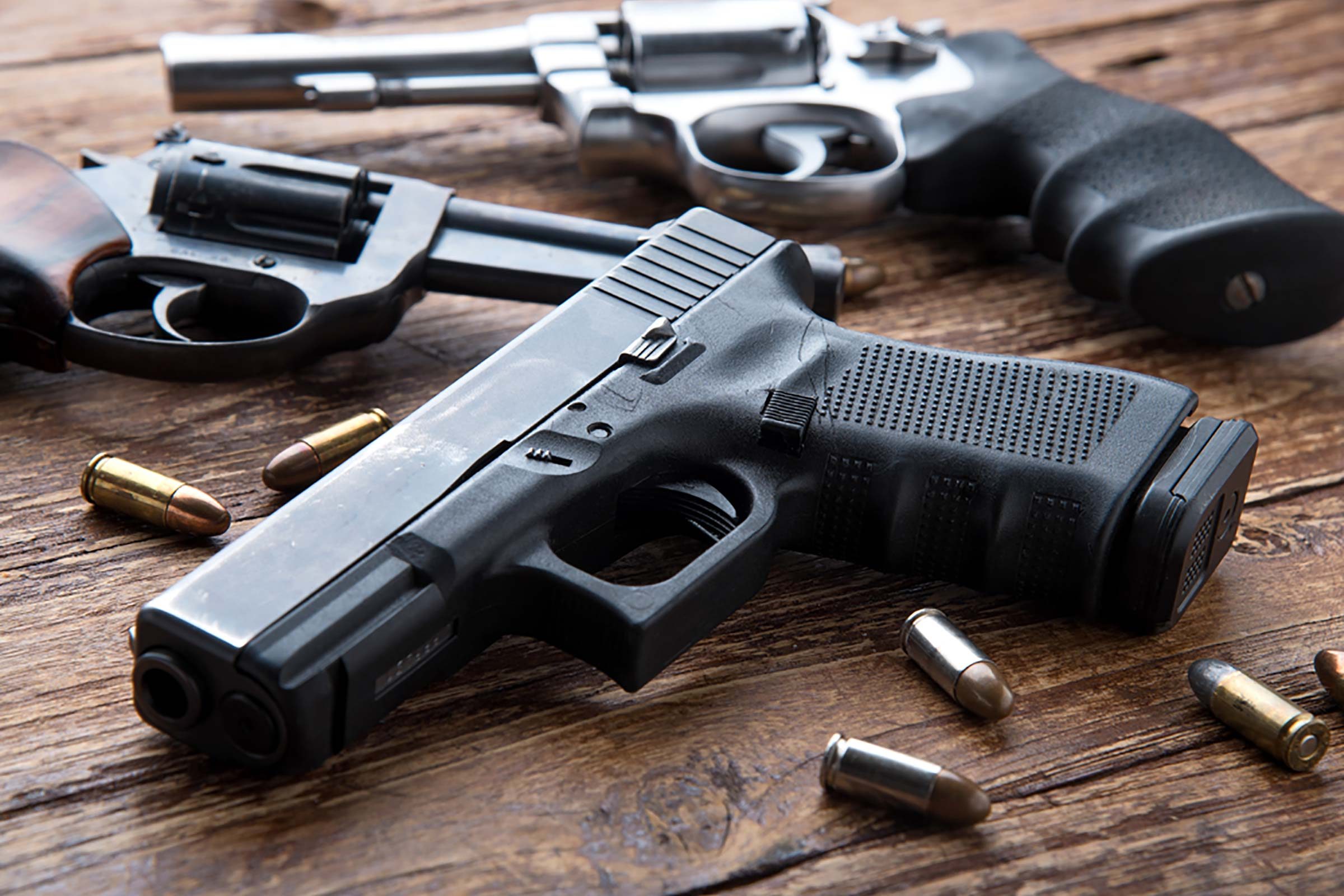 Making up only about 3 percent of items pawned, guns are one of the least likely items brought into pawnshops. However, across the United States, there are several states that are pawning guns more than that national average. These are going to be the states with large rural populations or states in the Mountain West. The top five states that pawn guns more than the national average are Montana, Alaska, Mississippi, West Virginia, and South Carolina. Guns are also the number one item that is most likely to be pawned by men at 76 percent. In contrast, guns are least likely to be pawned by women at 24 percent.

Vehicles are being pawned at almost the same rate as guns. Instead of trading in cars at a dealership, it looks like there are people who are getting loans from pawn shops for their rides, especially men. A total of 64 percent of the vehicles that get pawned come from men, whereas only 36 percent come from women. In Florida and Michigan, more people are pawning their cars than the rest of the country.

The absolute least popular items that people pawn across the United States are precious metals and stones. Less than 1 percent of items that are received in pawnshops fall into this category. However, these items aren’t that unpopular in Iowa, Minnesota, Nevada, New Mexico, Oregon, South Dakota, Washington, or Wyoming; those are the states that have people pawning metals and stones more than the national average. Next, find out the weirdest things ever donated to thrift shops.