The 20 Most Popular Museums in the World

From the Met to the Louvre and everything in between, these are the museums that travelers visited the most in 2017. 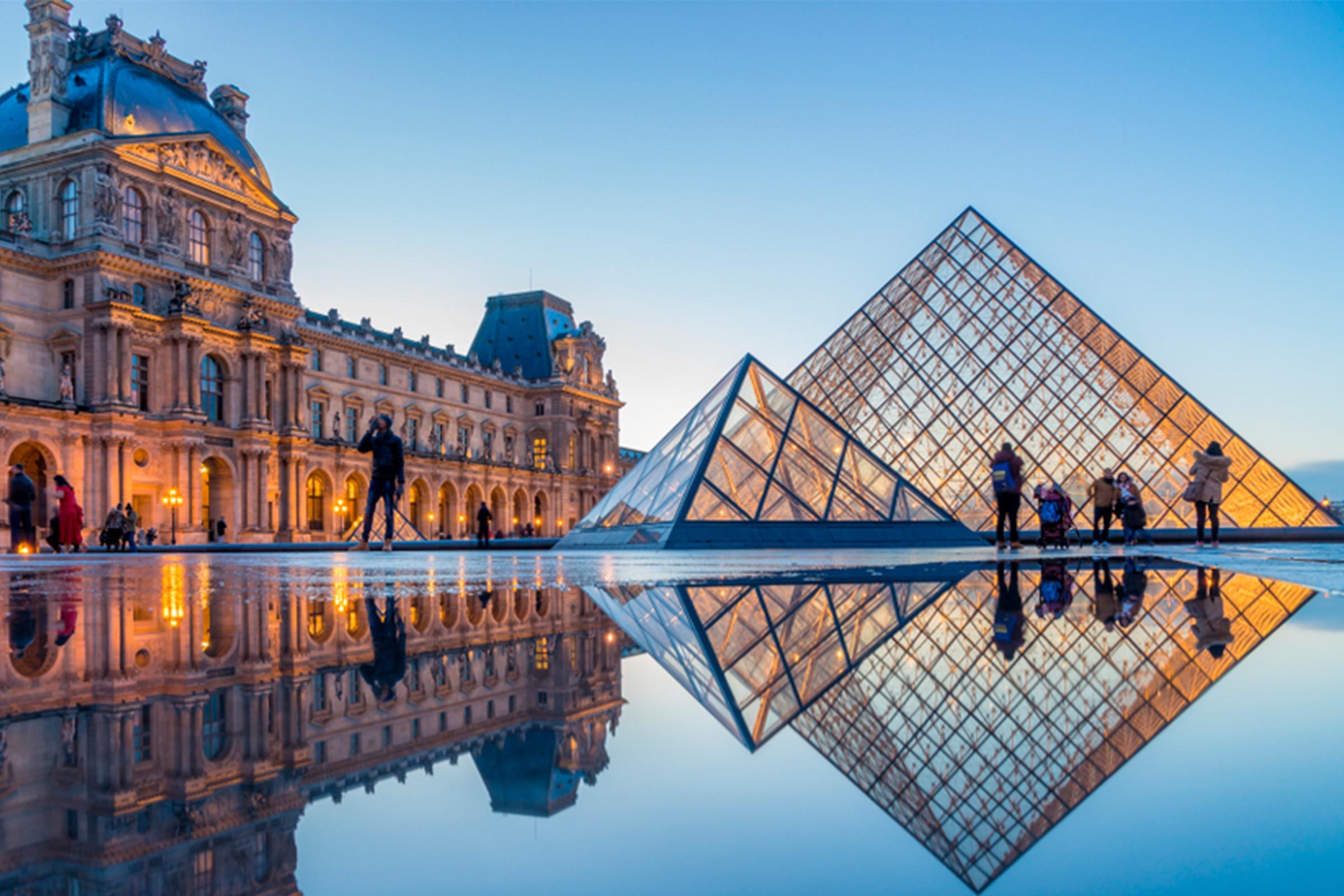 This Parisian staple took the top spot as the world’s most popular museum in 2017’s Theme Index and Museum Index, a collaboration between Themed Entertainment Association and AECOM. The Louvre, the biggest museum in the world, is home to 380,000 pieces of art in total. It would be humanly impossible to see all of the museum in one visit…or even 100! Surely one of the biggest draws at this former castle is Leonardo da Vinci’s Mona Lisa. Did you know that the Mona Lisa is also one of the most expensive things to ever be stolen? 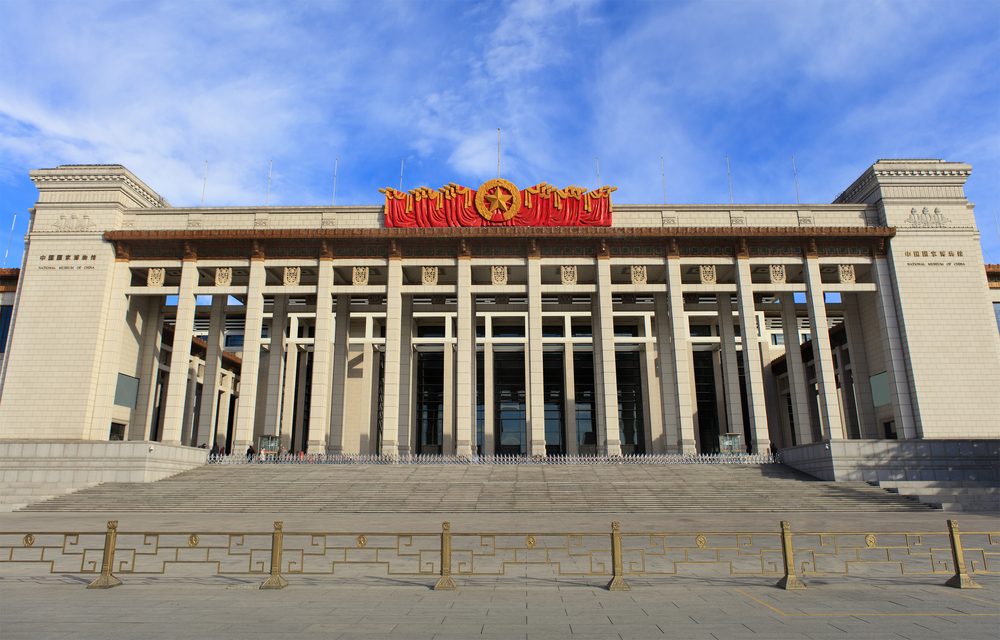 Located in Beijing, the National Museum of China was 2016’s most popular museum but dropped to the number two spot for 2017. With eight million visitors, it makes sense that the museum chose to ditch paper tickets—now visitors no longer have to wait in a line that was previously up to one mile long before enjoying the exhibitions. Directed by the Ministry of Culture of the People’s Republic of China, the museum’s mission is to educate about the arts and history of China. If you think you’ve seen it all, check out these weird museums you never knew existed! 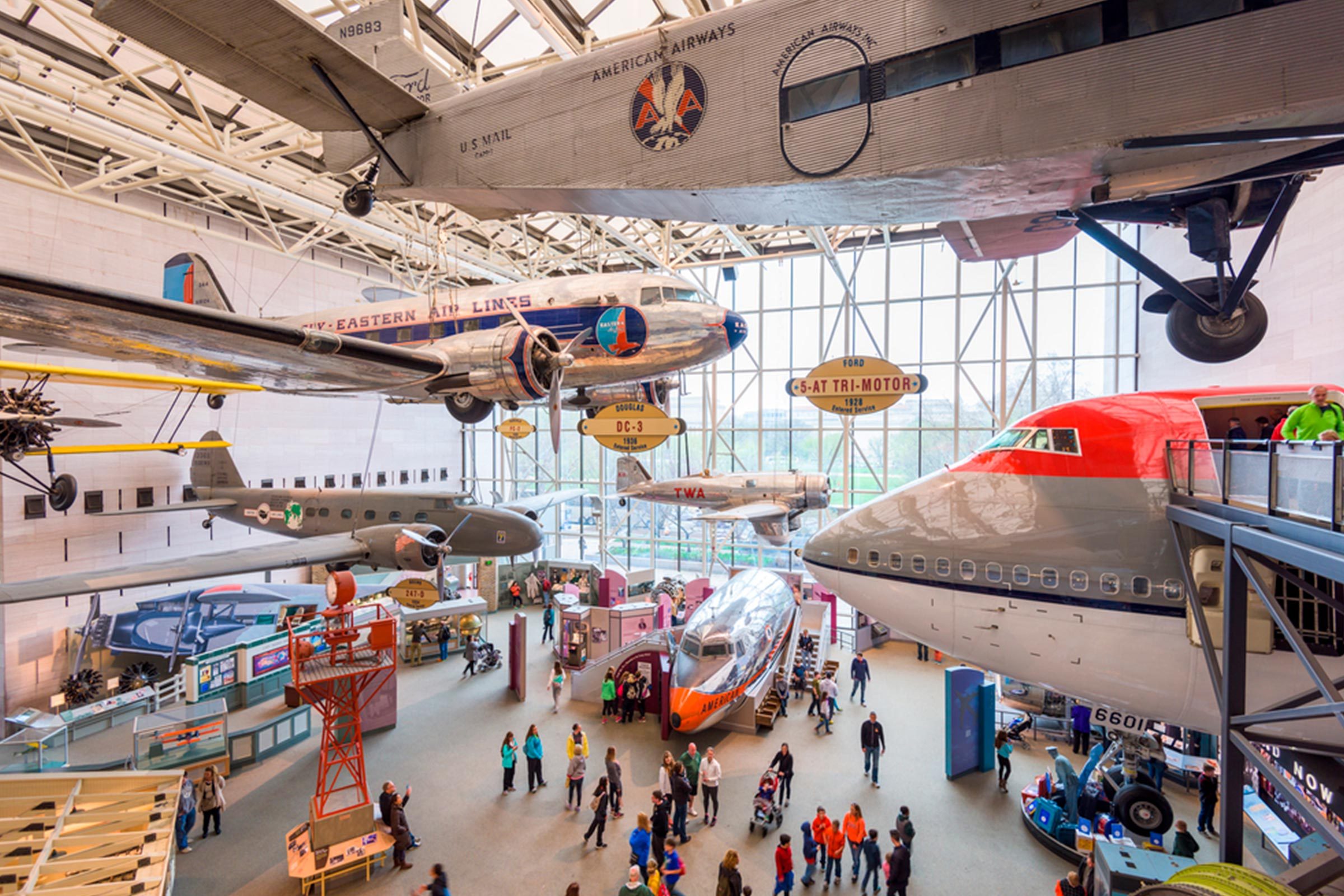 Located in Washington, D.C., the National Air and Space Museum is part of the Smithsonian. Founded in 1946 under the name National Air Museum, its first major artifact was the biplane used for the Wright brothers’ first successful flight in 1903. The museum is in the midst of a seven-year renovation; while it will remain open throughout, some of its big draws are being temporarily relocated to its Chantilly, Virginia location, the Steven F. Udvar-Hazy Center. 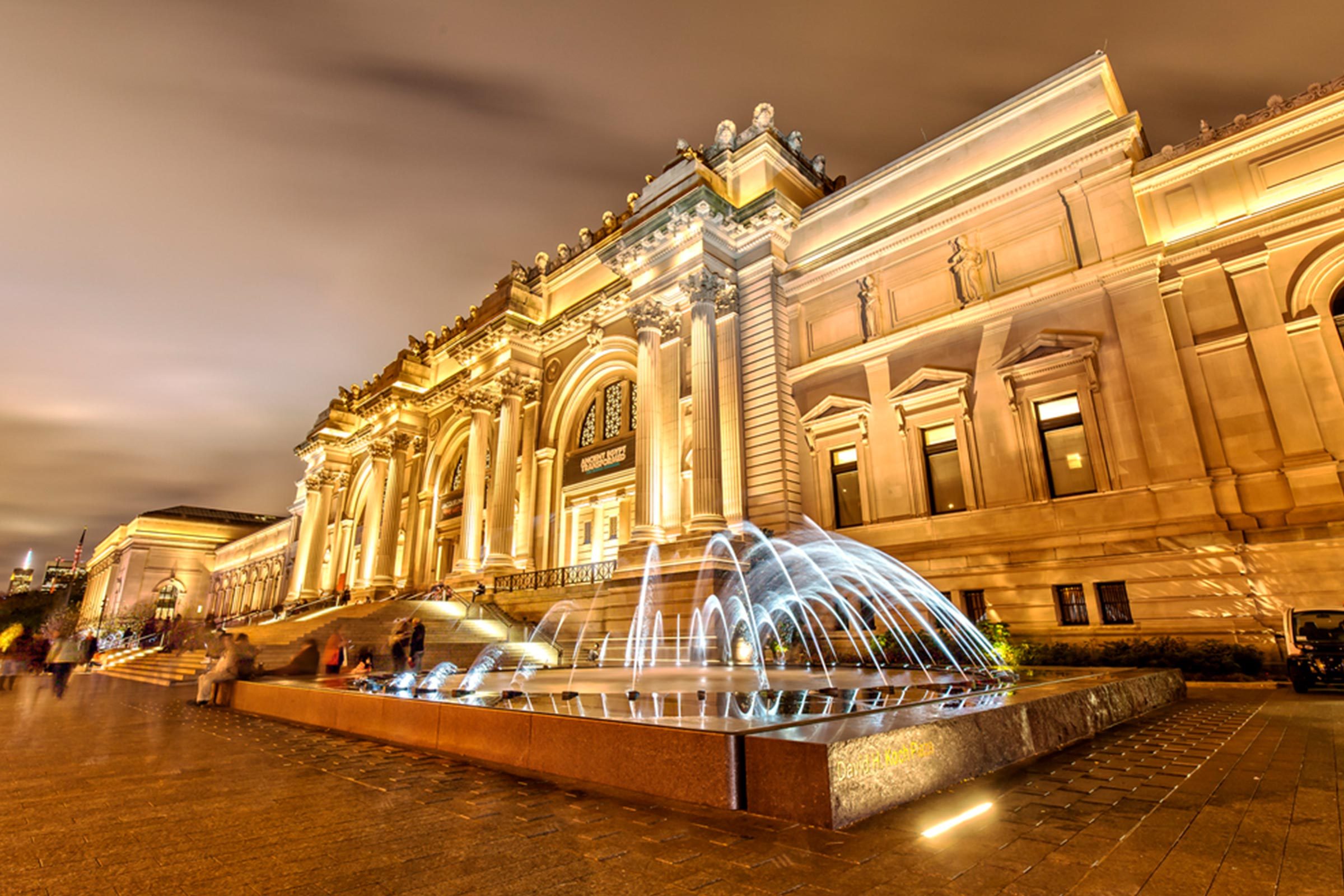 The Metropolitan Museum of Art

Famously referred to as simply “The Met,” New York City’s Metropolitan Museum of Art is one of the world’s largest and finest art museums, with a collection that includes more than two million works of art spanning more than 5,000 years. Pieces come from around the world, including the Temple of Dendur, which dates back to 10 B.C., and John Singer Sargent’s Madame X. Prefer attractions that are more off the beaten path? Don’t miss these 11 New York City hidden gems. 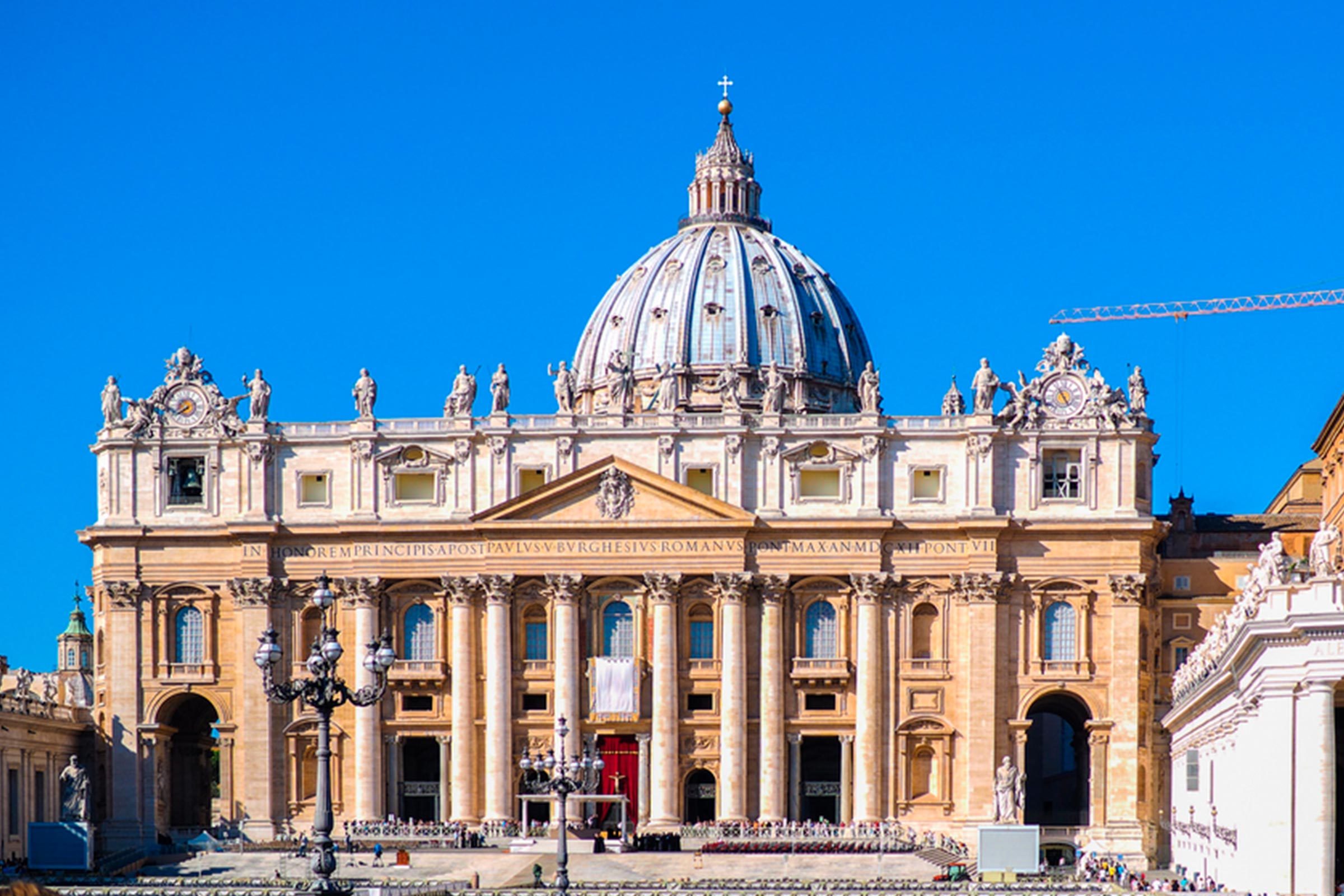 Located in Vatican City, the Vatican Museums feature art and cultural artifacts gathered by popes over the centuries. You’ll find masterpieces of painting, sculpture, and other works of art, including the Sistine Chapel, the Niccoline Chapel, the Raphael Rooms and Loggia, and the Borgia Apartment. Check out these 10 forbidden places around the world no one is allowed to visit. 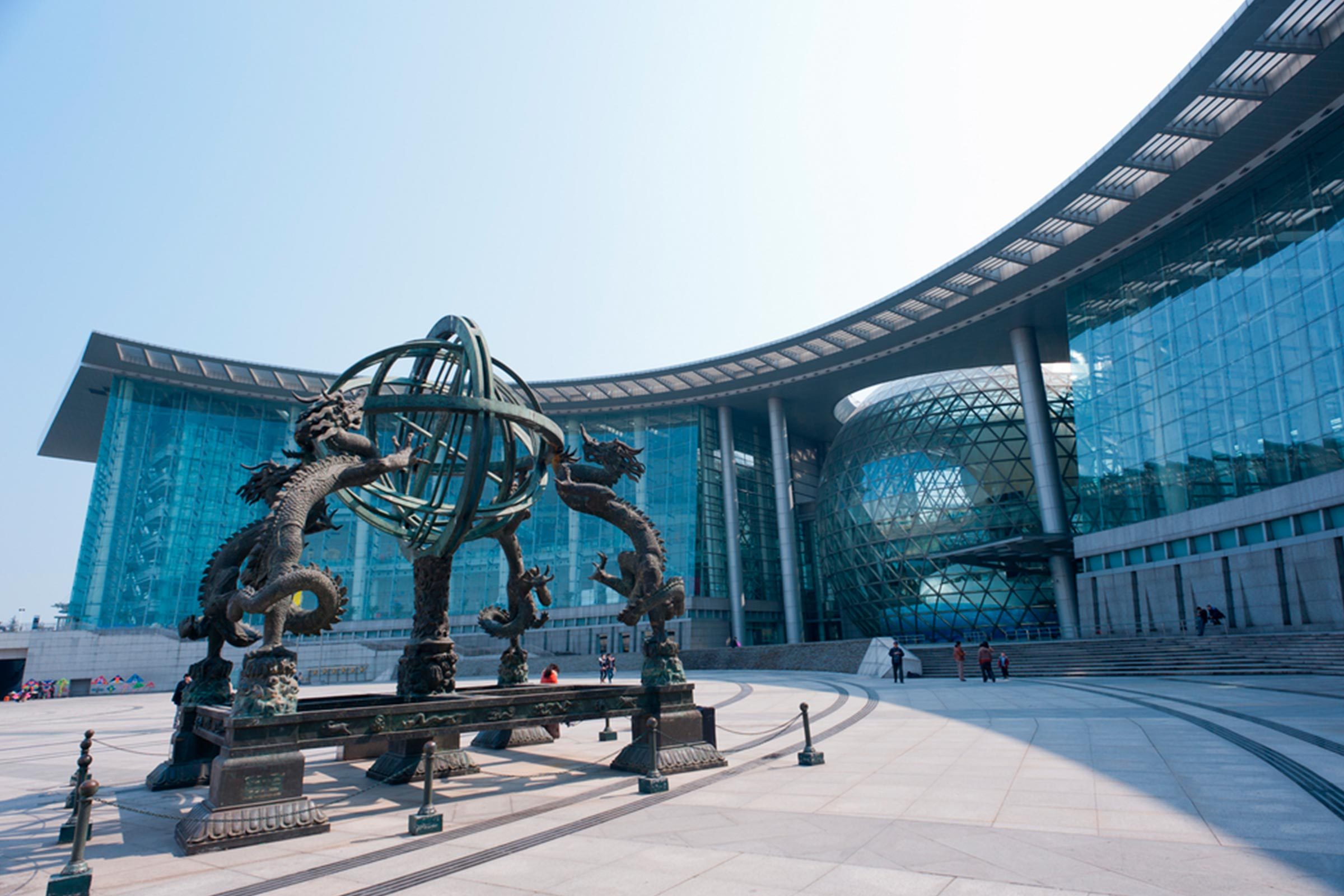 Opened in 2001, the Shanghai Science and Technology Museum is dedicated to the popularization of science, with an overall theme of “harmony of nature, mankind, and technology.” There are 13 main permanent exhibition halls and four science theaters, and some of the highlights include the World of Robots, Space Navigation, Information Era, and Animal Hall. 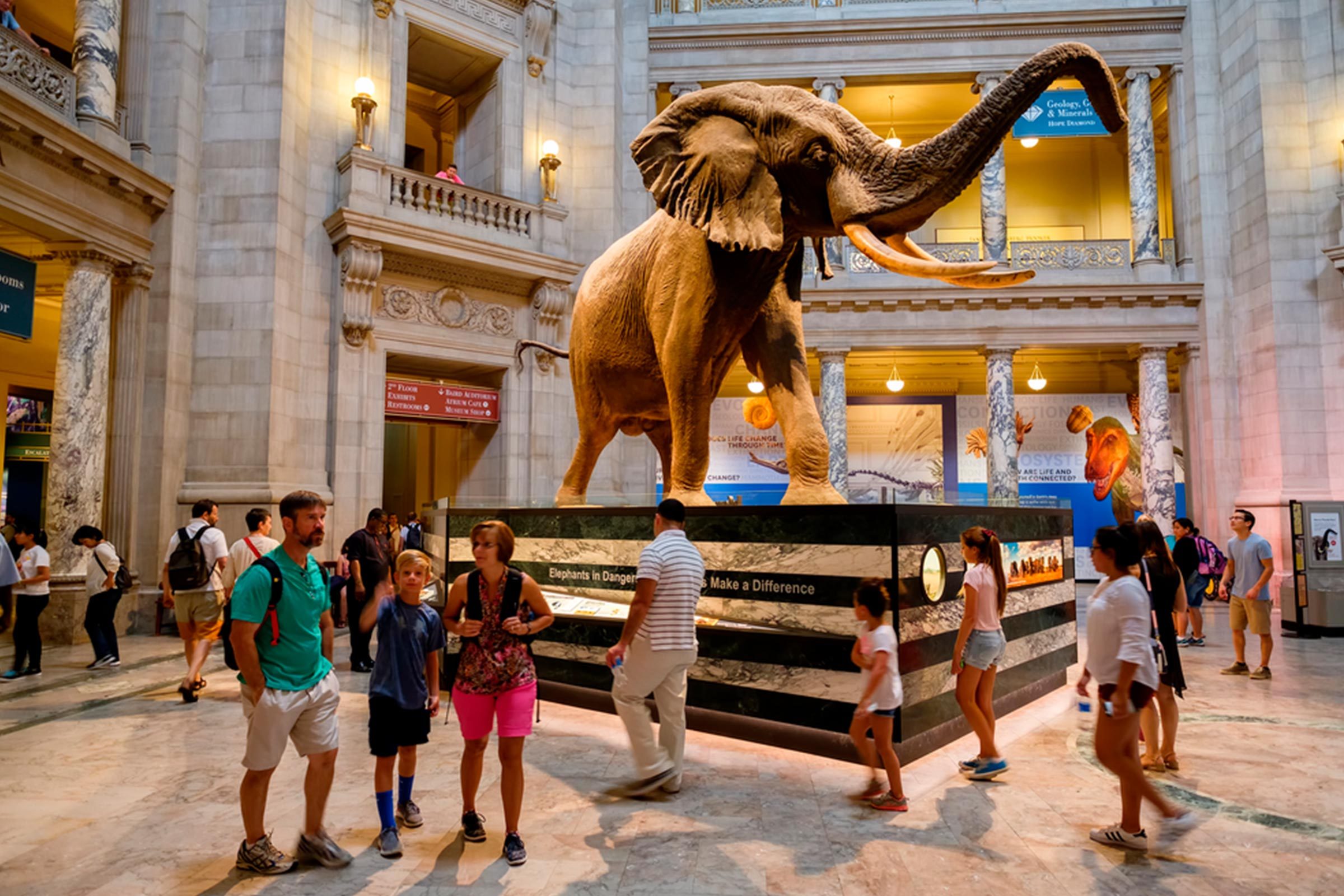 Located in Washington, D.C., this Smithsonian museum houses more than 126 million specimens and cultural artifacts, including 30 million insects and 400,000 photographs. One of its main draws is the Hope Diamond, a legendary 45-plus-carat blue diamond that once belonged to King Louis XIV of France. 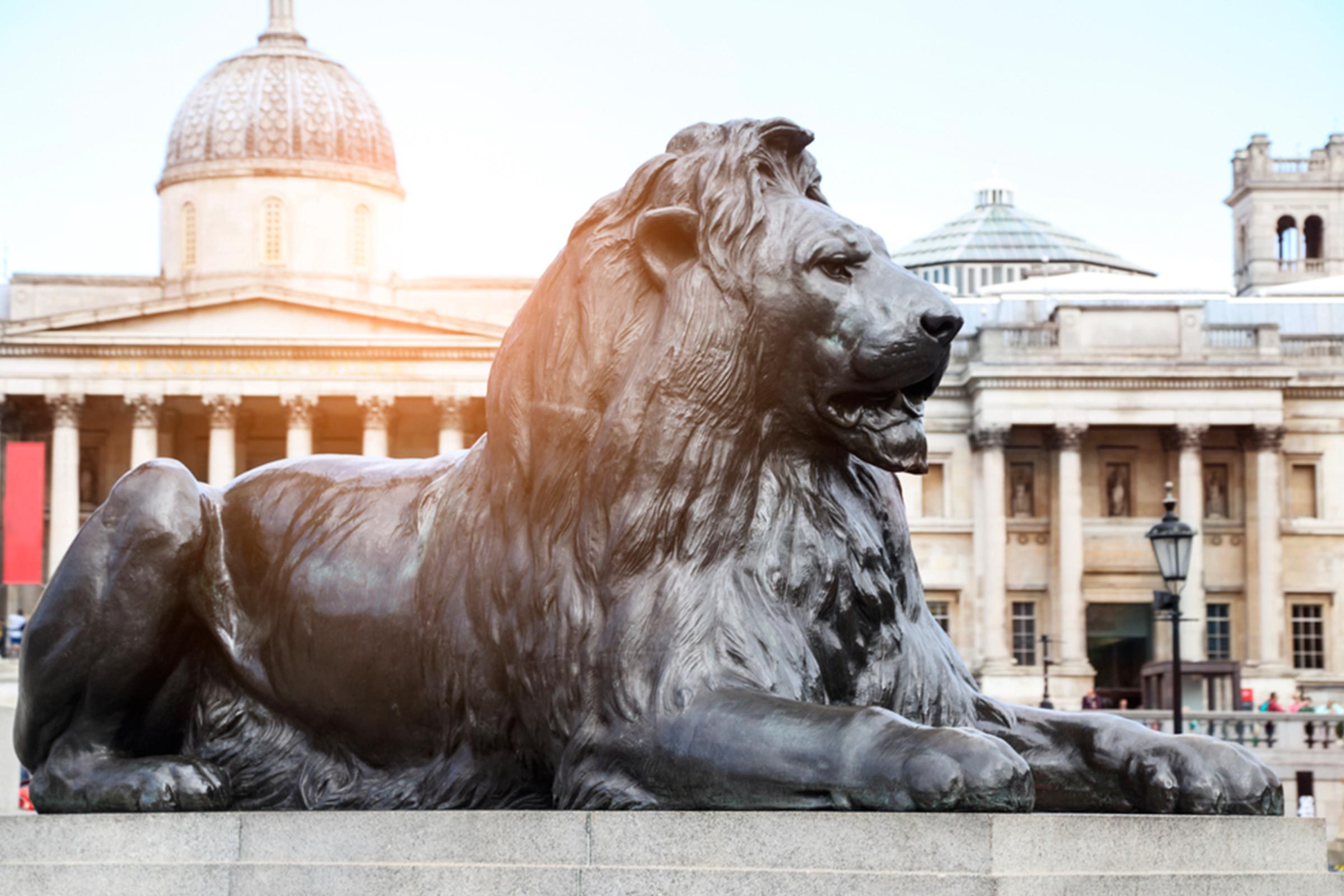 Founded in 1753, the British Museum was the first national public museum in the world. Located in the Bloomsbury area of London, it’s home to many significant artifacts and works of art, including the Rosetta Stone. Its Greek Revival facade, featuring 44 columns in the Ionic order, was built to resemble the temple of Athena Polias at Priene. 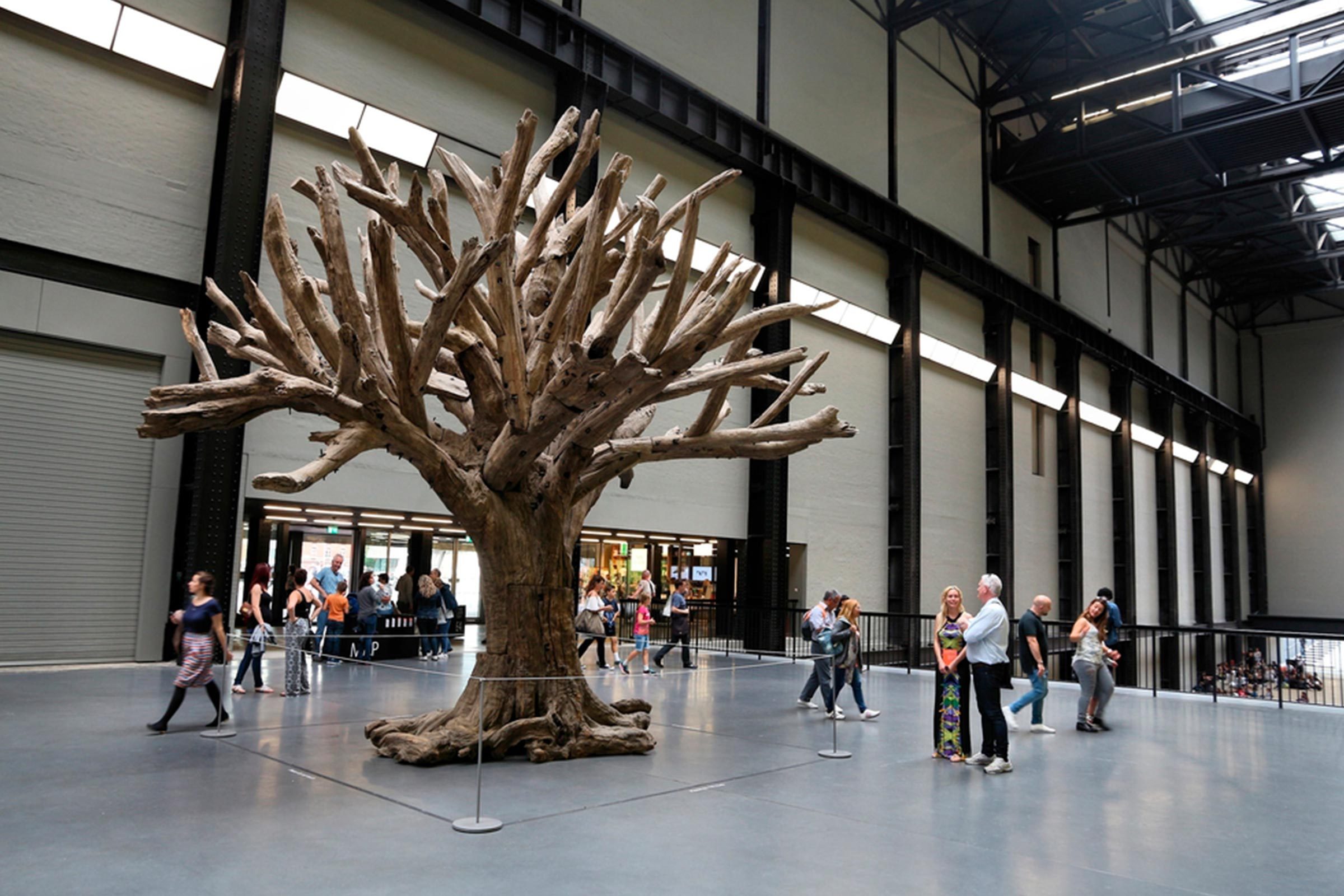 Opened in 2000, this London museum has seen 40 million visitors walk through its doors. It’s home to masterpieces of international modern art, including Pablo Picasso’s The Three Dancers and Salvador Dali’s Autumnal Cannibalism. Try to spot the hidden messages in these 10 famous paintings. 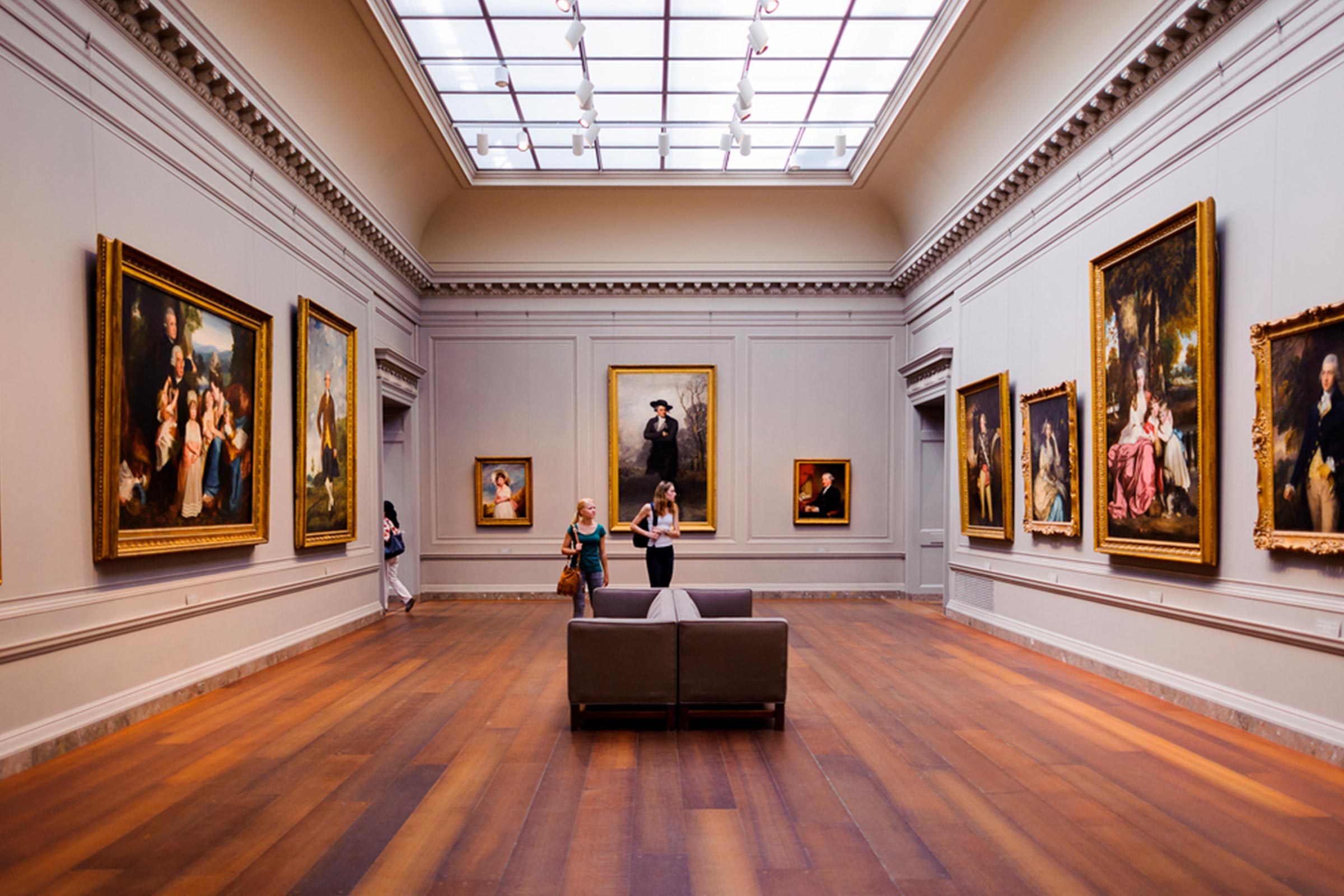 This Washington, D.C. museum has more than 130,000 works tracing the development of Western Art. It’s also home to the only painting by Leonardo da Vinci in the Americas, Ginevra de’ Benci, which is on display in the West Building. 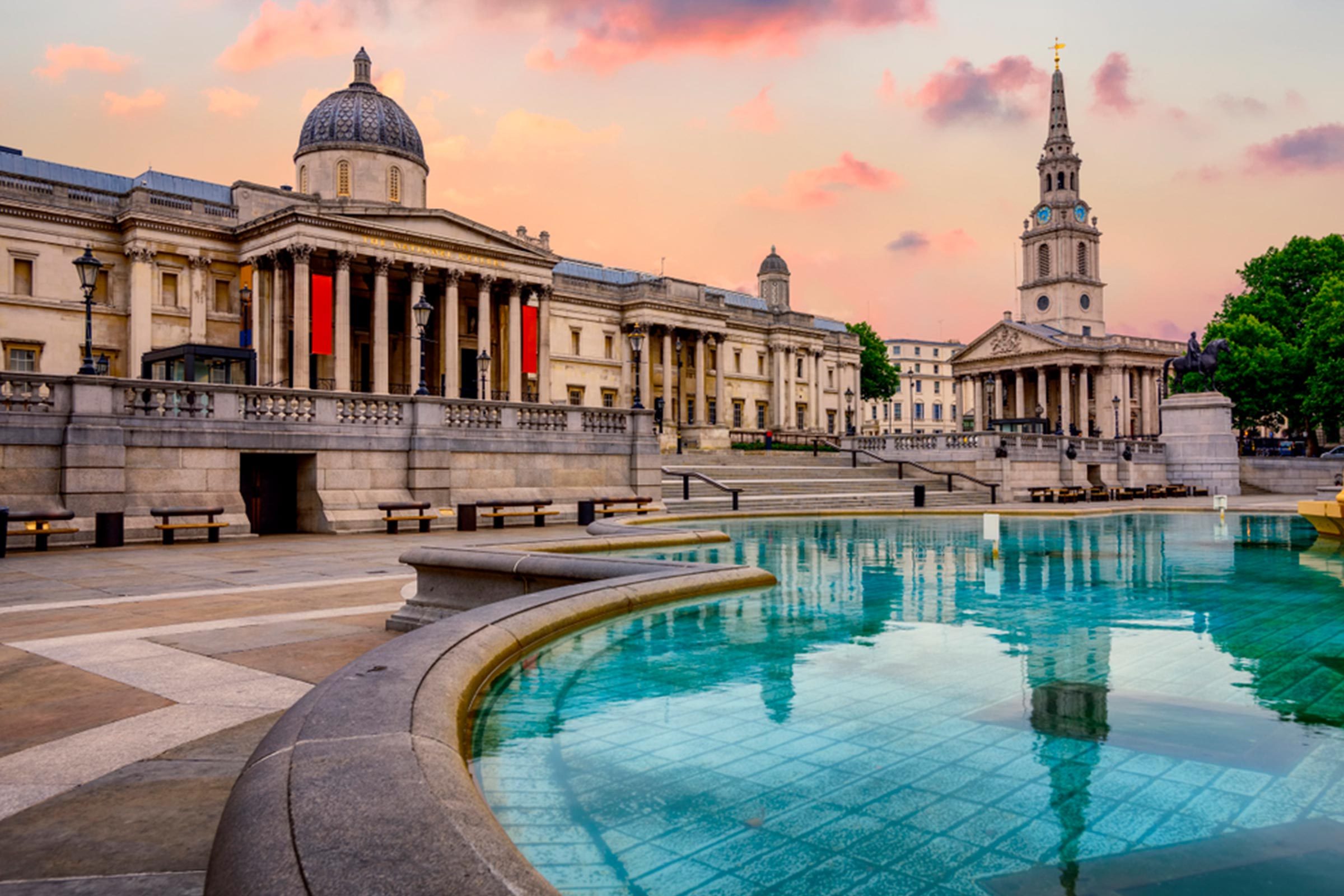 Located in Trafalgar Square in Central London, the National Gallery features one of the world’s greatest collections of Western European paintings. Dating back to 1824, it has over 2,300 paintings, including amazing works from artists like Leonardo da Vinci, Caravaggio, Michelangelo, Vincent Van Gogh, Botticelli, Rembrandt, and Claude Monet. 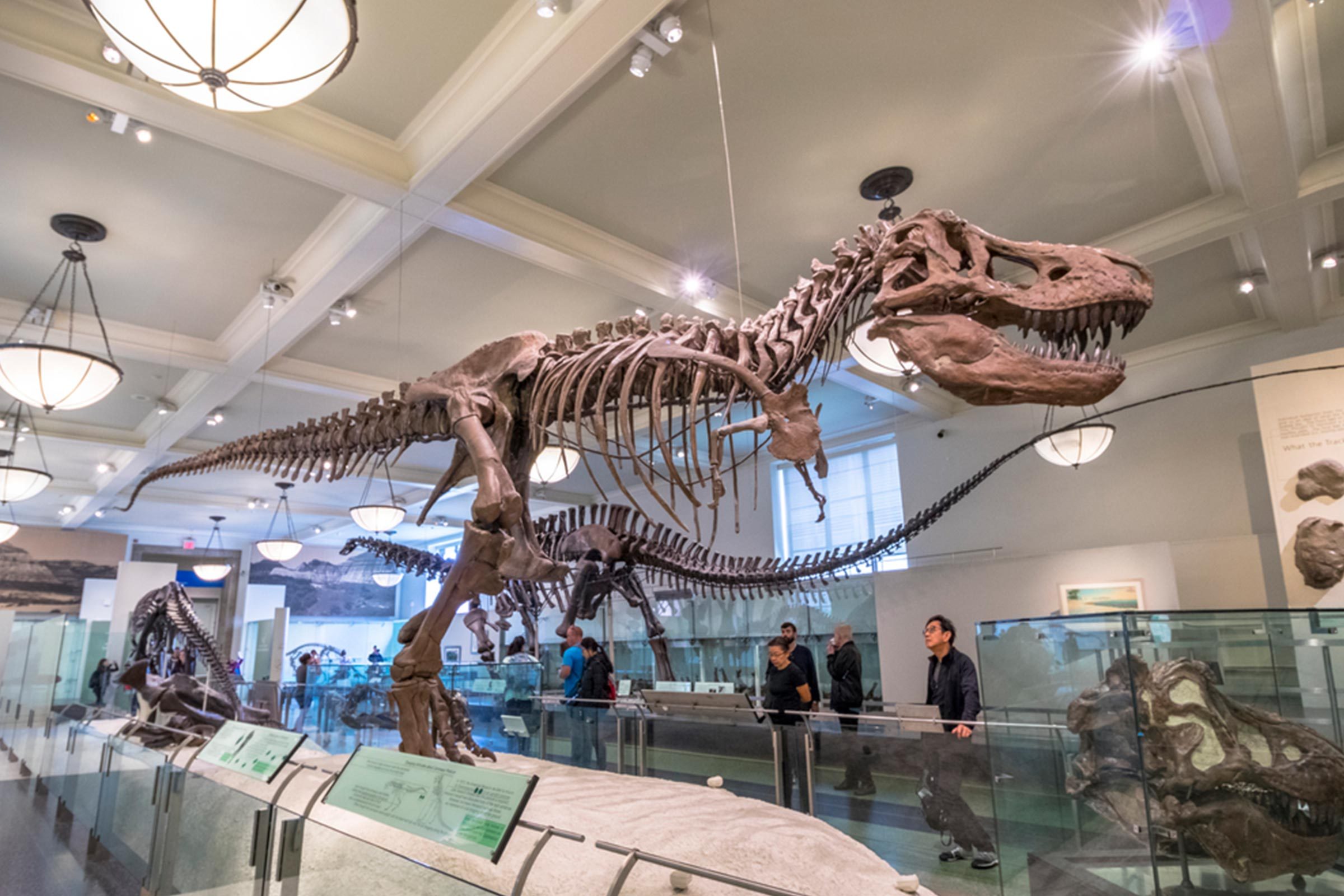 Founded in 1869, the American Museum of Natural History is located on the Upper West Side of Manhattan in Theodore Roosevelt Park, directly across the street from Central Park. The museum explores human cultures, the natural world, and the universe, featuring over 33 million specimens of plants, animals, fossils, minerals, rocks, meteorites, human remains, and human cultural artifacts, of which only a small fraction can be displayed at any given time. You can spend the night here—and at these 13 other museums. 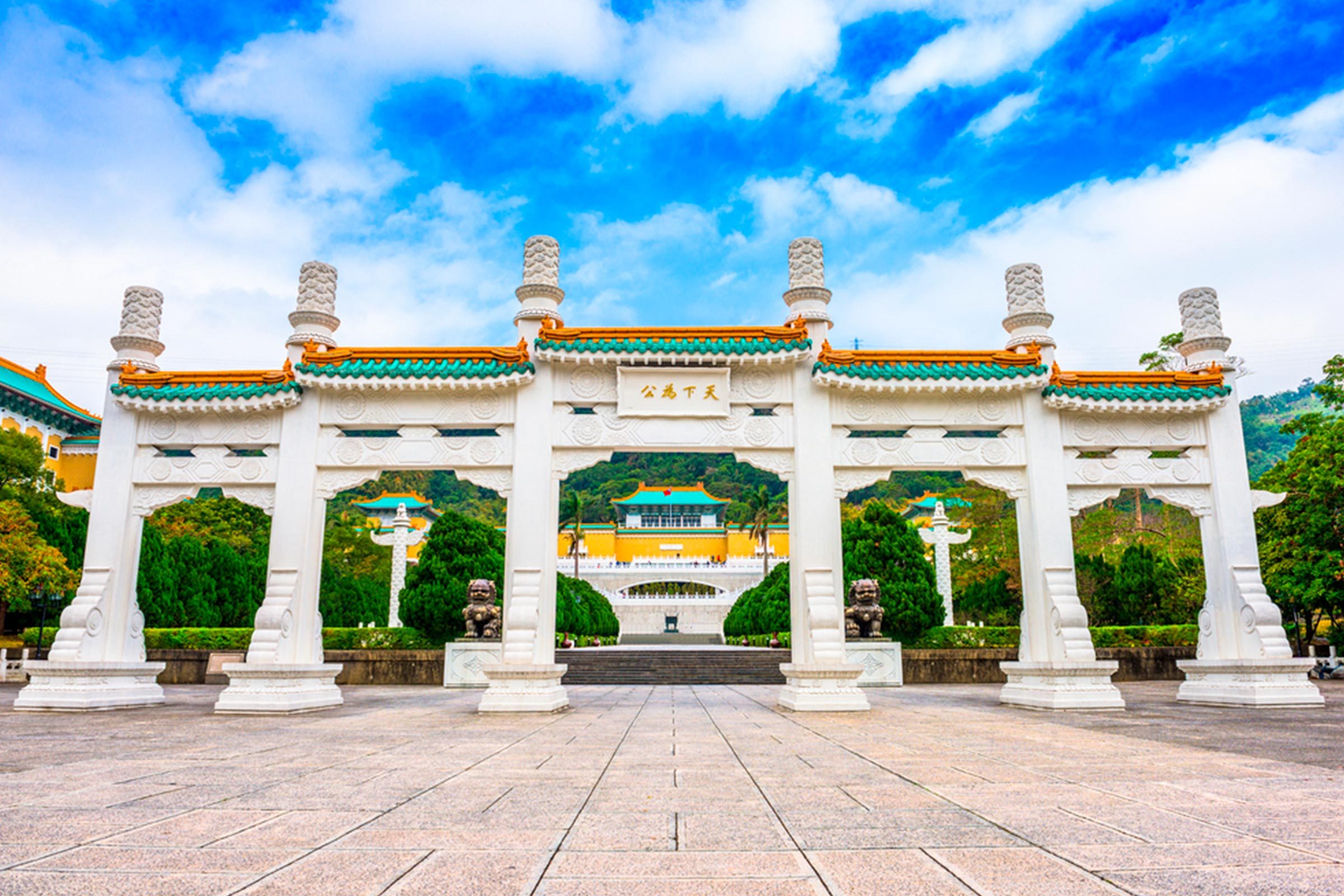 Located in Taipei, Taiwan, the National Palace Museum houses some of the finest collections of Chinese art, including the famous jade cabbage, historic statuary, bronzes, and religious objects. The National Palace Museum and the Palace Museum in the Forbidden City, Beijing, are often confused as the same museum, and understandably so. The two were once a single museum but split in two as a result of the Chinese Civil War in the 20th century. 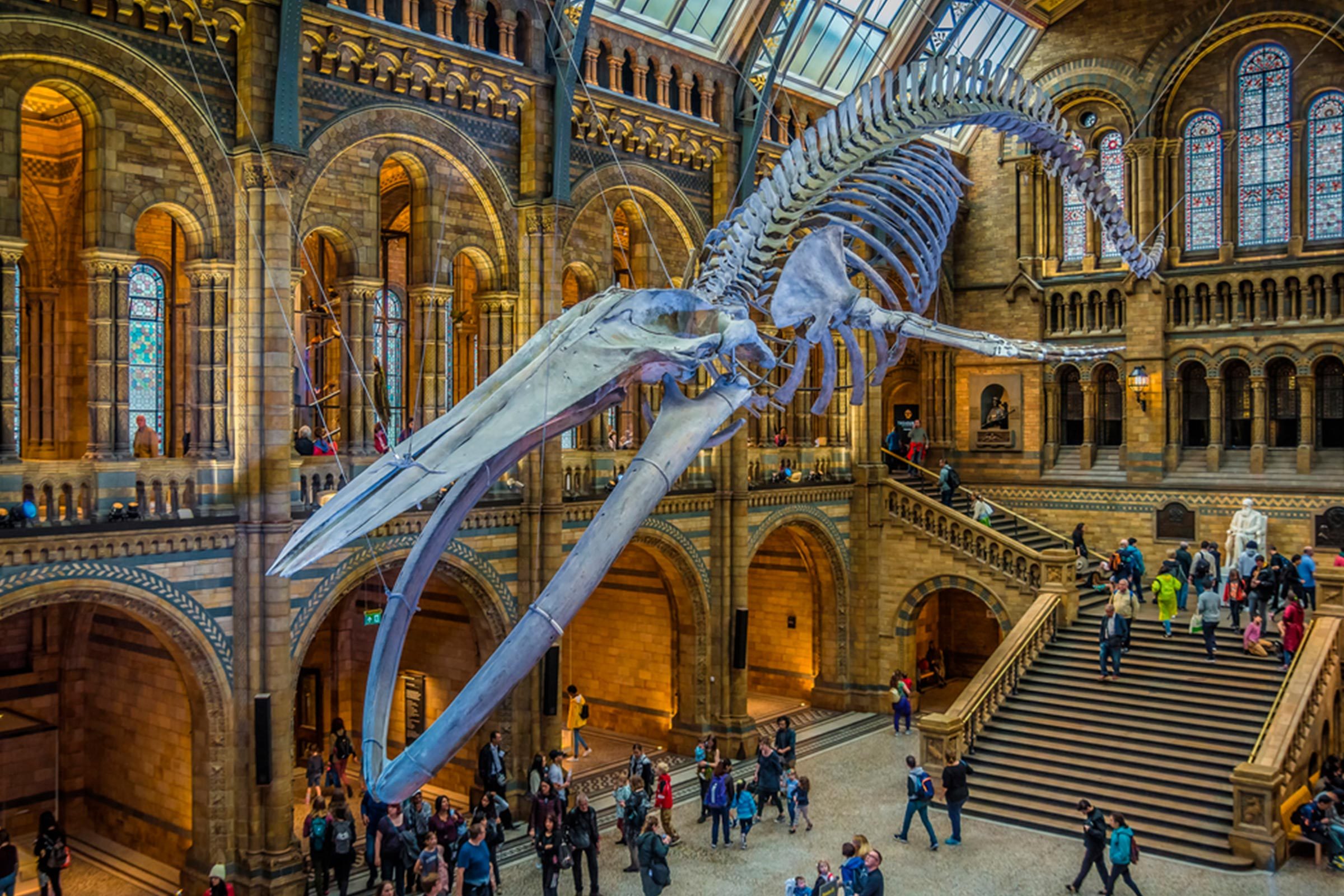 Located in South Kensington, London, the Natural History Museum took seven years to construct before being completed in 1881. It houses 80 million specimens dating from the formation of the solar system to the present day—spanning a period of 4.5 billion years. Don’t miss the world’s most bizarre tourist destinations. 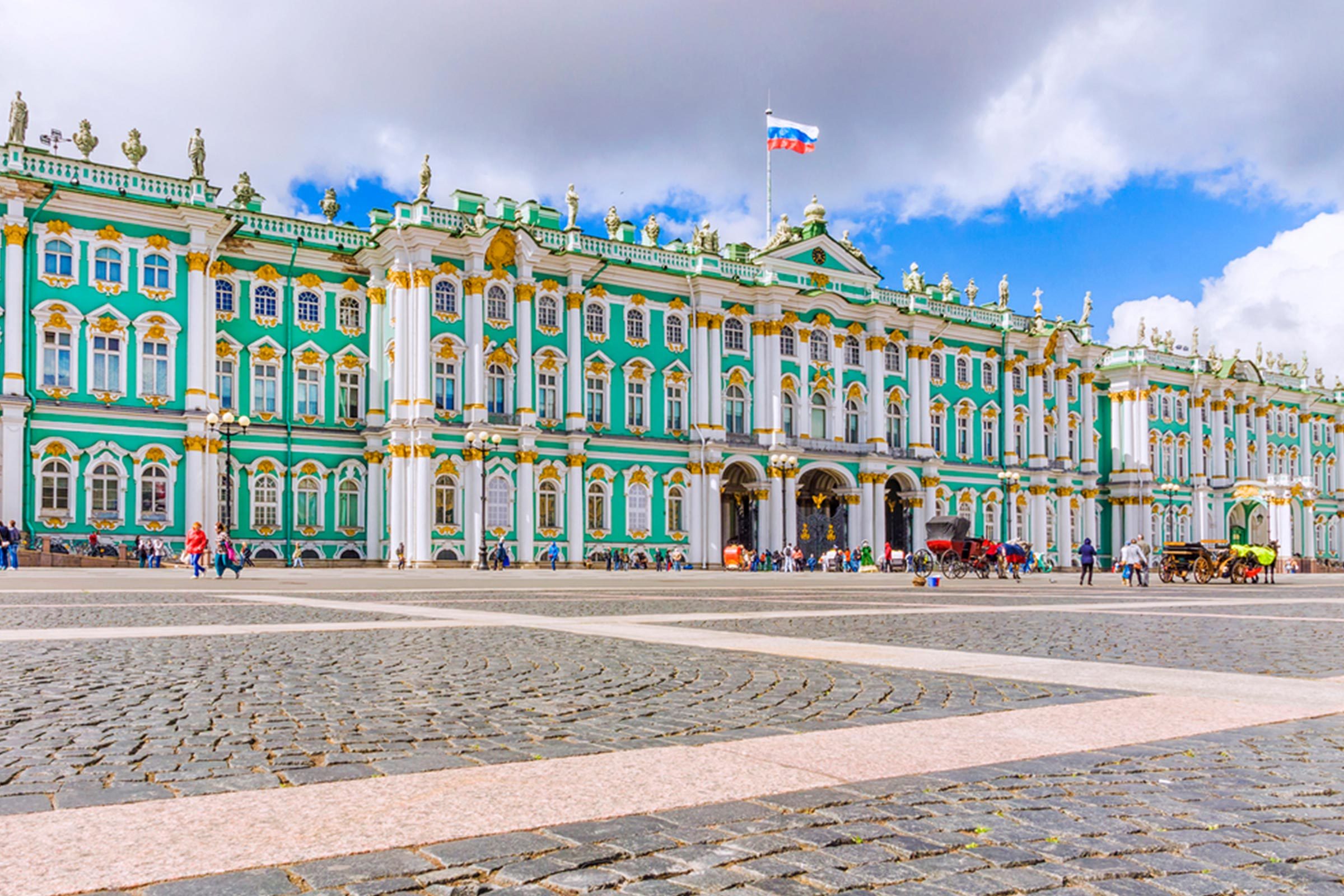 Founded in 1764 by Catherine the Great, this St. Petersburg, Russia museum was opened to house 255 paintings purchased from Berlin, Germany, by the country’s longest-ruling female leader. The Hermitage now contains more than 2.7 million exhibits and displays. 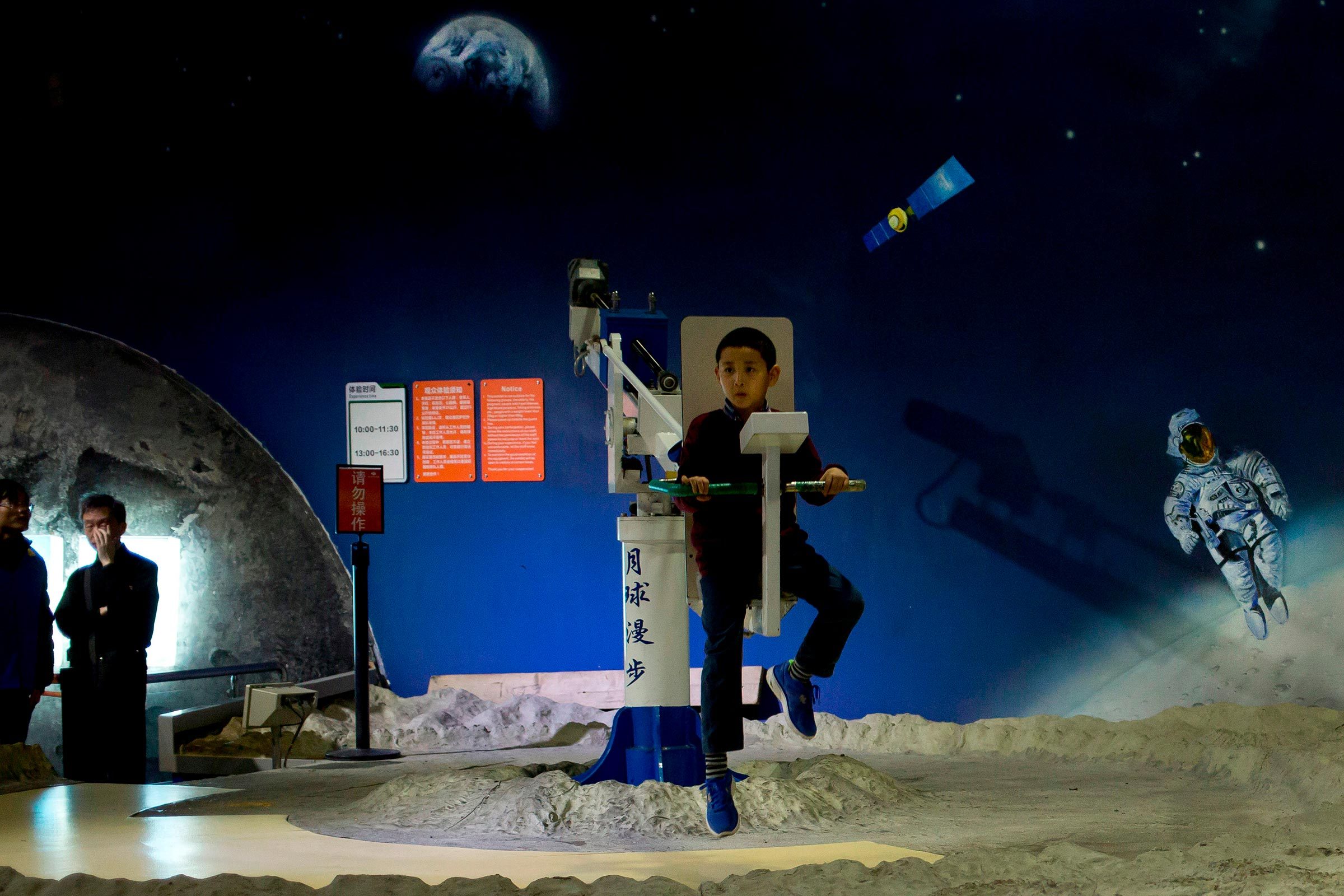 A major science museum established in 1988 in Beijing, China, the China Science and Technology Museum exhibits ancient Chinese technology such as astronomical devices, the compass, and bronze smelting. Among the prominent exhibits are the spacesuits of Yang Liwei, the first Chinese spaceman. You won’t want to miss the 12 best dinosaur museums around the world. 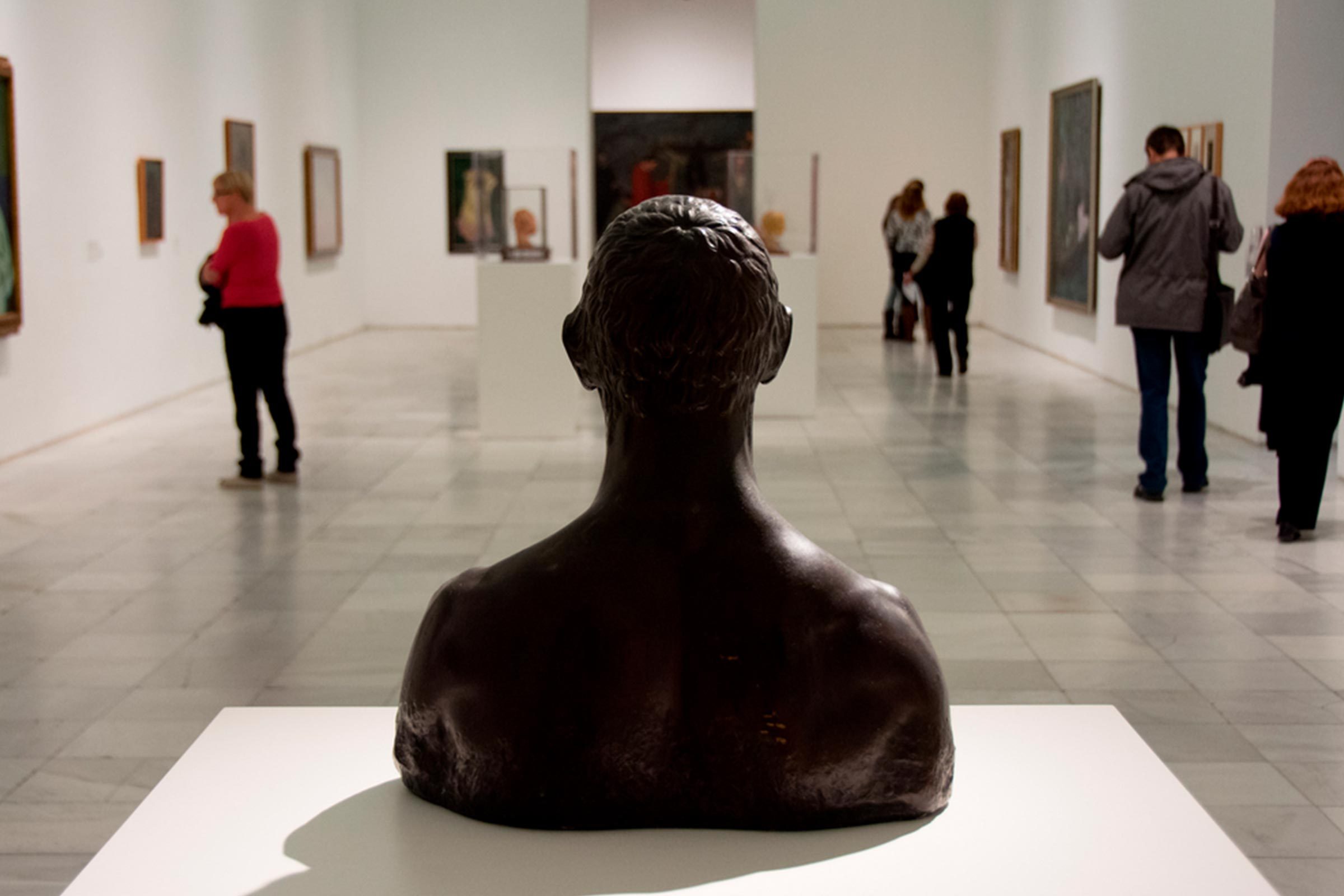 This Spanish museum located in Madrid features more than 20,000 works spanning the time period from the late 19th century to the present. Originally a local hospital, it was converted into a museum in 1992 and serves as the national museum of the country. Picasso’s Guernica is among its most influential works. 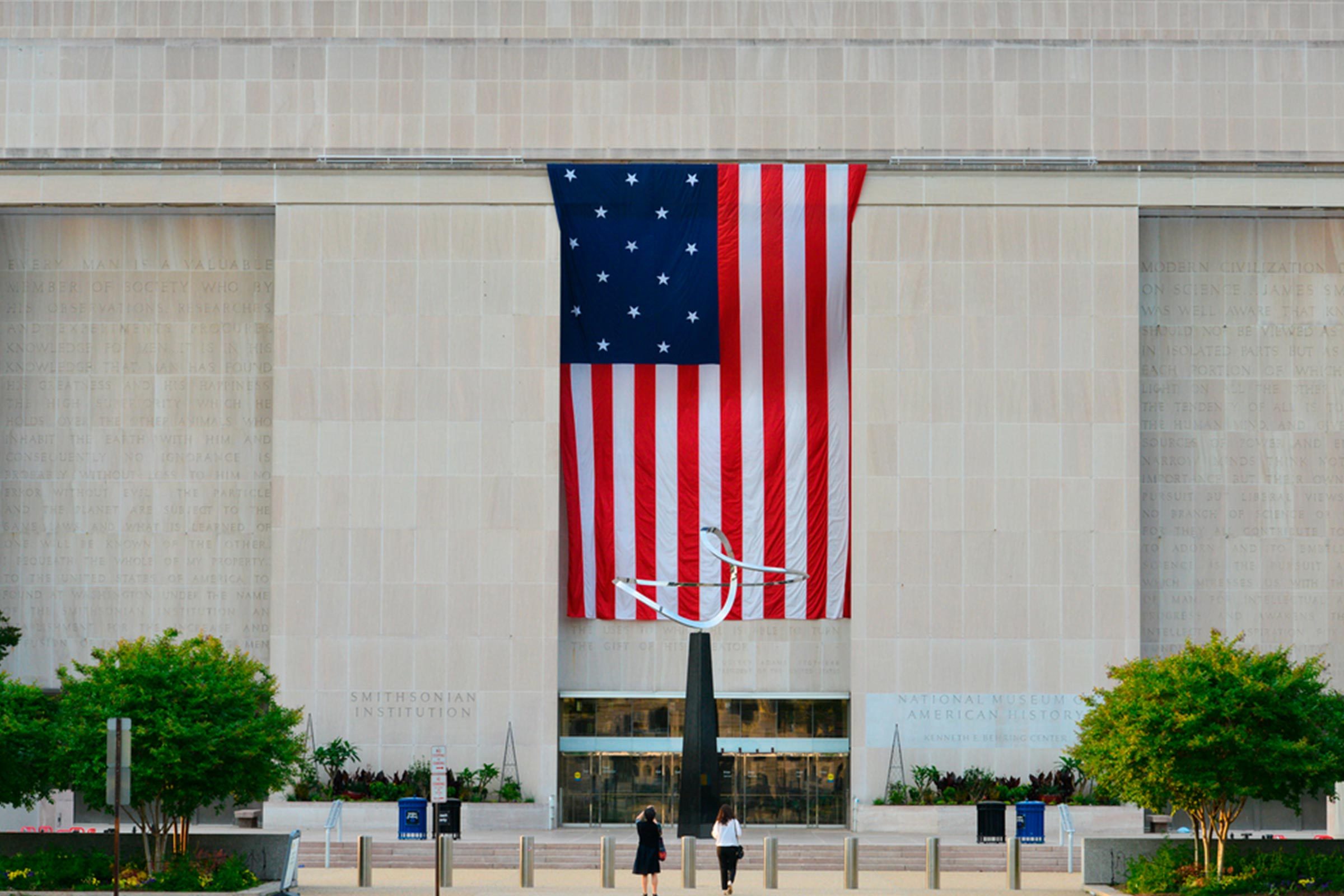 Located in Washington, D.C., the Smithsonian’s National Museum of American History features more than three million artifacts from American history. These range from President Abraham Lincoln’s 1865 top hat he wore on the night of his assassination at Ford’s Theater to the original “Star-Spangled Banner” flag that inspired Francis Scott Key to pen what is now our national anthem to a collection of the First Ladies’ inaugural gowns to puppets from “The Muppet Show.” Find out about the 16 best American cities for history buffs. 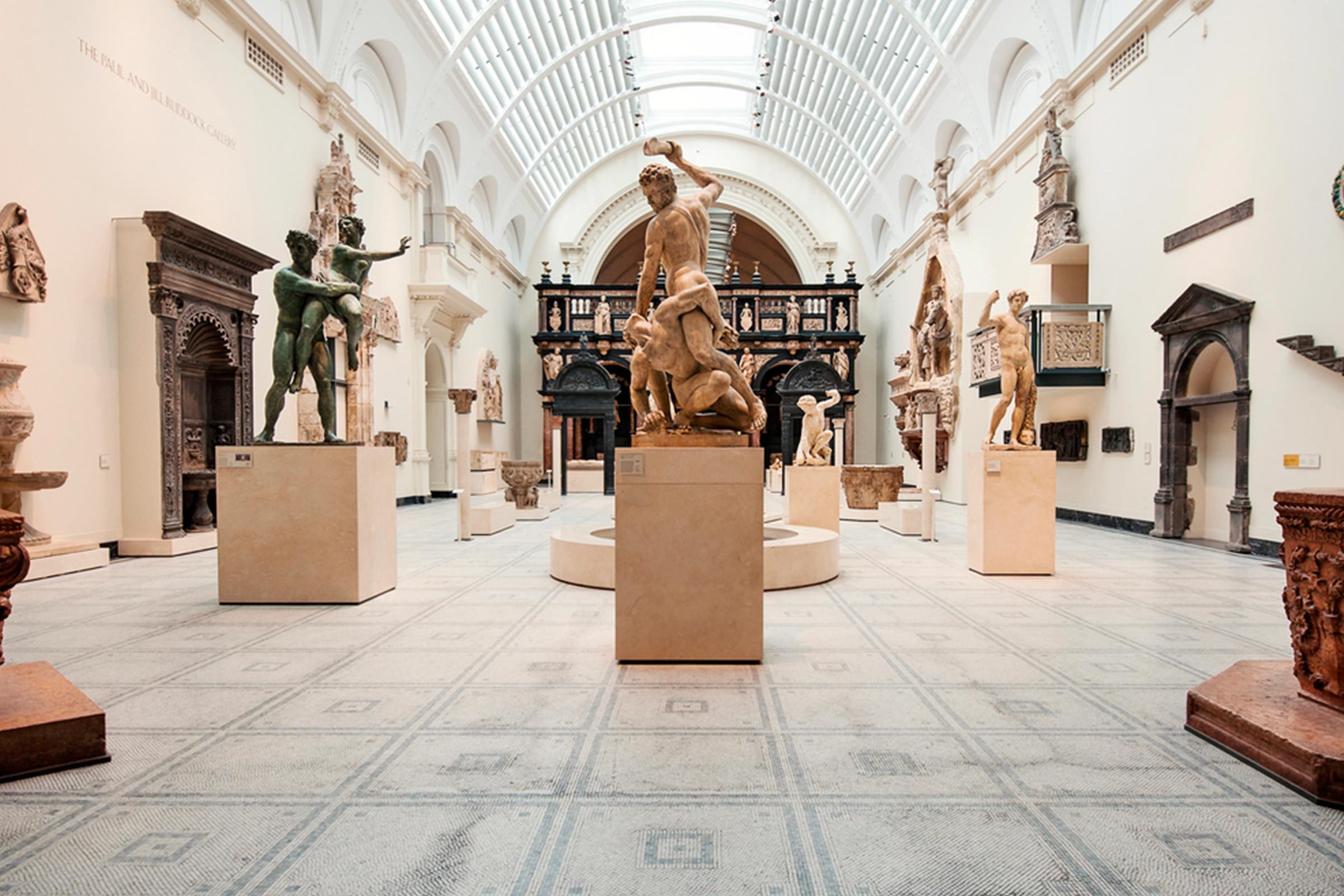 Founded in 1852, this museum was named after the U.K.’s Queen Victoria and Prince Albert. Emphasizing architectural and decorative arts, the Kensington, London museum spotlights their love and patronage of the arts and sciences. The overall museum houses a permanent collection of over 2.3 million objects ranging from ancient Chinese ceramics to Vivienne Westwood fashions to David Bowie posters. 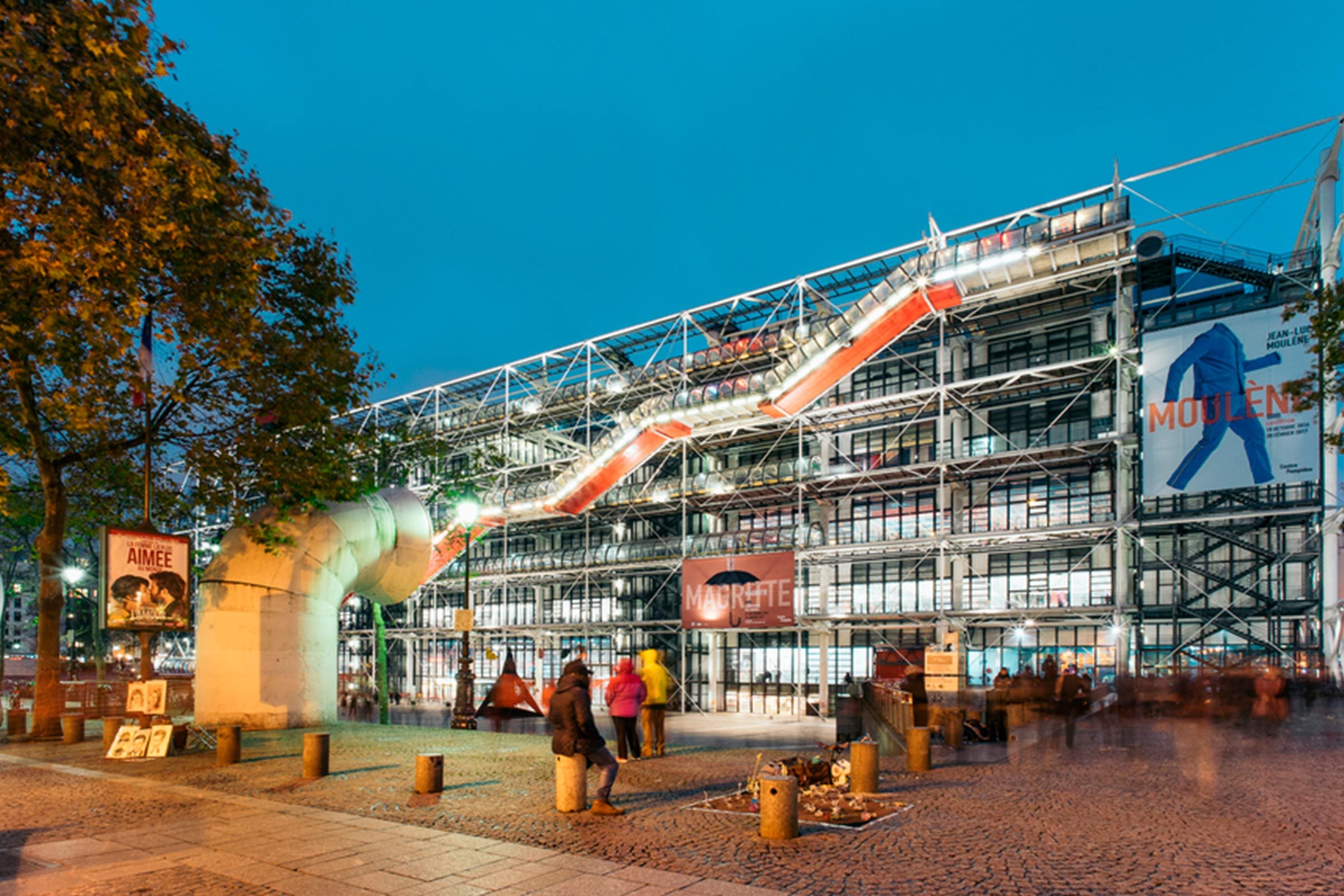 Located in Paris, France, the Centre Pompidou houses the Musée National d’Art Moderne, which is the largest museum of modern art in Europe. It houses several paintings by Henri Matisse and Picasso, as well as a vast public library and IRCAM, which is a center for music and acoustic research. Read on for the most popular cultural attractions in the world.