12 of the Best Movies About the Afterlife

Hollywood offers a window into heavenly realms and beyond in this collection of movies about what happens when we pass to the great beyond. Warning: Keep your hankie handy! 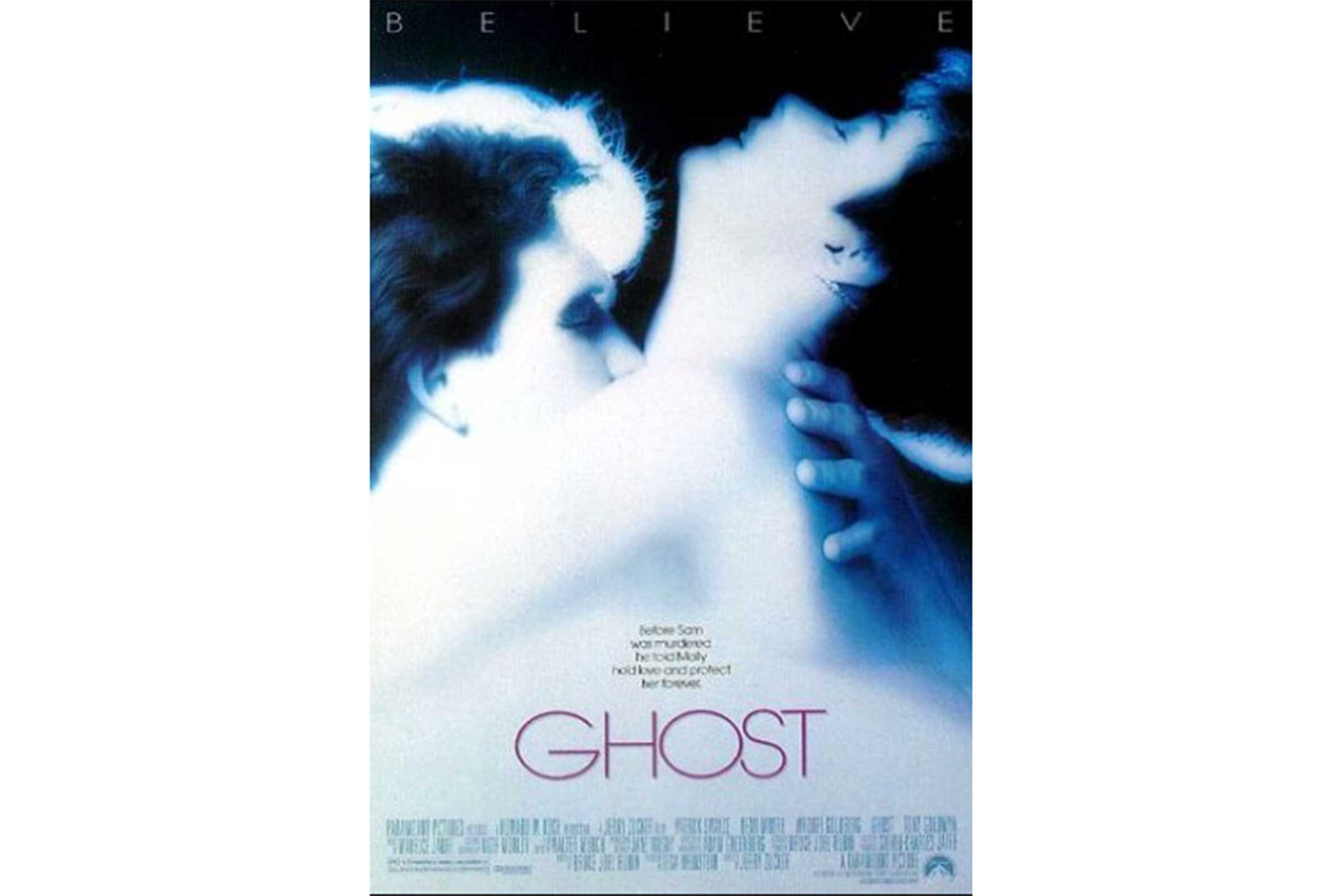 This Demi Moore and Patrick Swayze classic made pottery wheels heavenly. After Moore’s boyfriend dies in a robbery, his ghost returns with warnings and messages until he can finally ascend. Whoopie Goldberg won an Oscar for her role as the psychic who helps the separated lovers communicate. (Check out these 11 movies you forgot won Oscars.) 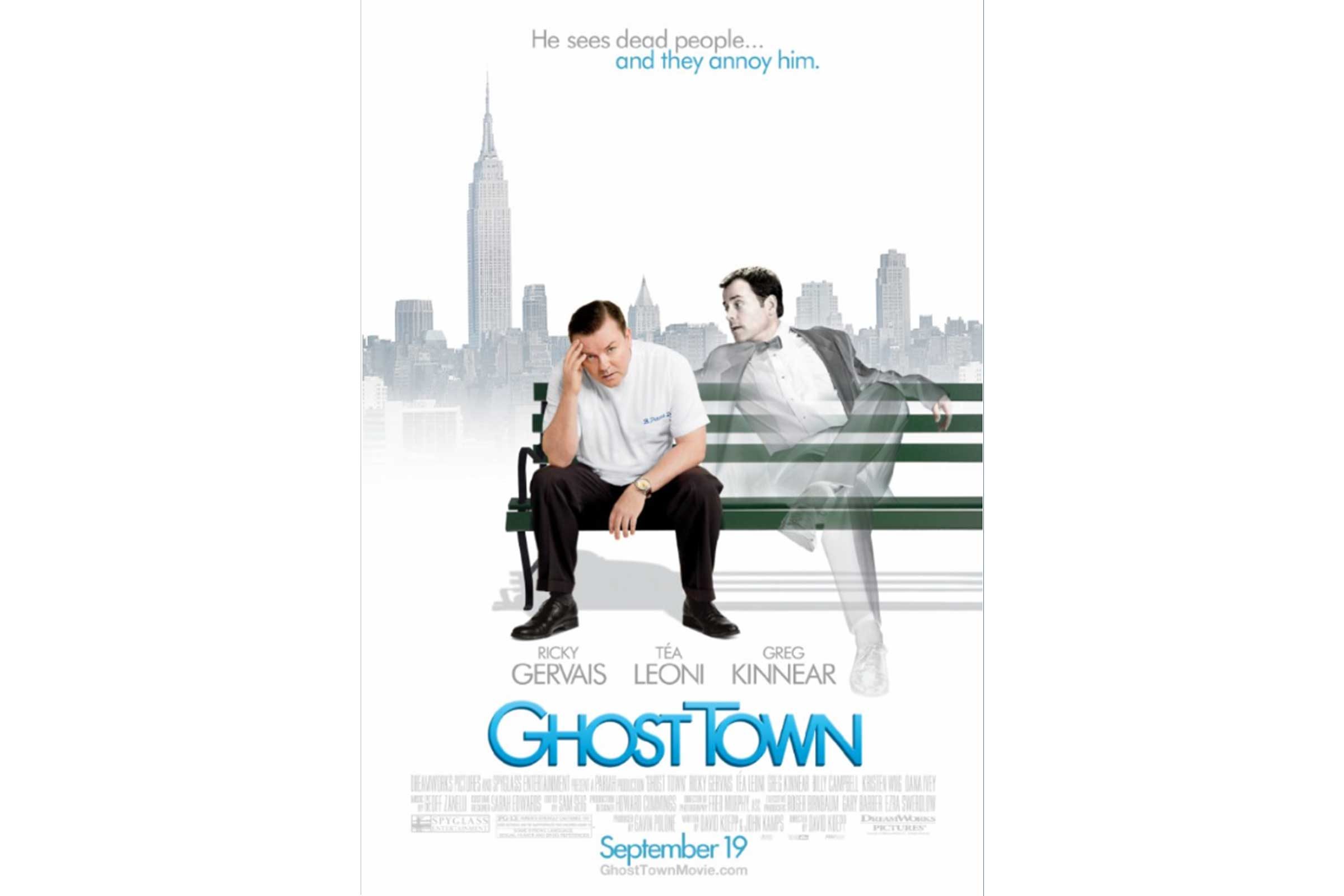 Ricky Gervais achieves leading man status in this romantic comedy about a curmudgeonly dentist who is able to see dead people after routine surgery goes awry. Tea Leoni plays his love interest, a widow mourning her rakish husband. Gervais’ convos with those who have passed over and his help in healing their past, turns a sourpuss into a good guy. Somehow, Gervais heals old wounds and ends up making Leoni smile. (Add these 10 most romantic movies of all times to your list.) 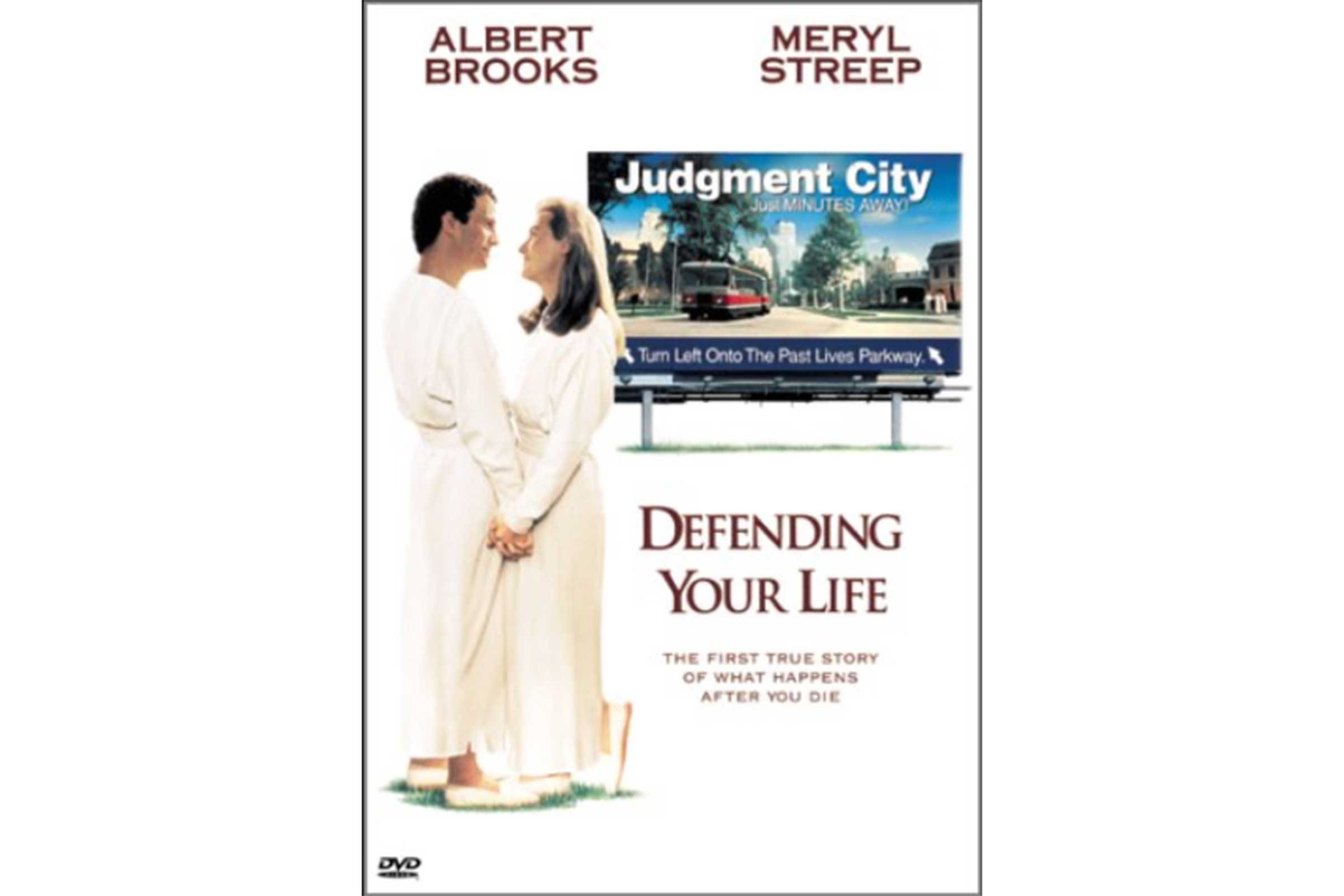 Albert Brooks and Meryl Streep show us what dating looks like in the afterlife. Food tastes amazing and you can eat as much as you like. There’s also a past life pavilion and everybody has their own lawyer—to defend past deeds on earth before moving to a higher level. Trouble is, Brooks’ character might not be good enough to move on, and Streep is a sure thing for ascension. Will their love prevail despite this upset? 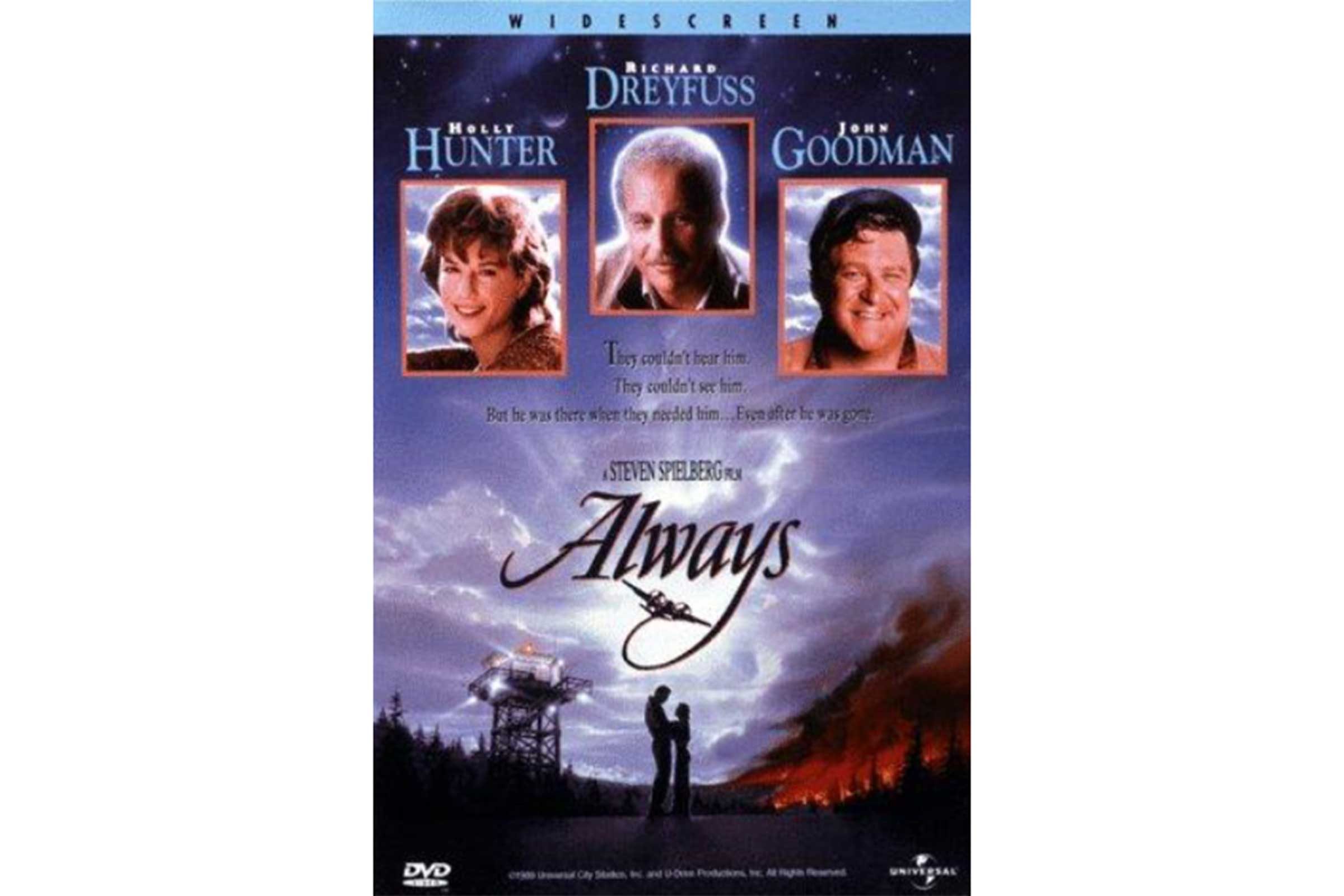 Holly Hunter and Richard Dreyfuss star in this Steven Spielberg remake about a pilot who dies during a rescue mission. He finds himself stuck behind in ghost form to train his replacement — who is also falling in love with his girlfriend. Dreyfuss haunts so that the grieving girlfriend he left behind can move on. So does he. Audrey Hepburn stars as the otherworldly angel who offers guidance and counsel. Need a good cry? Watch one of these best tearjerker movies. 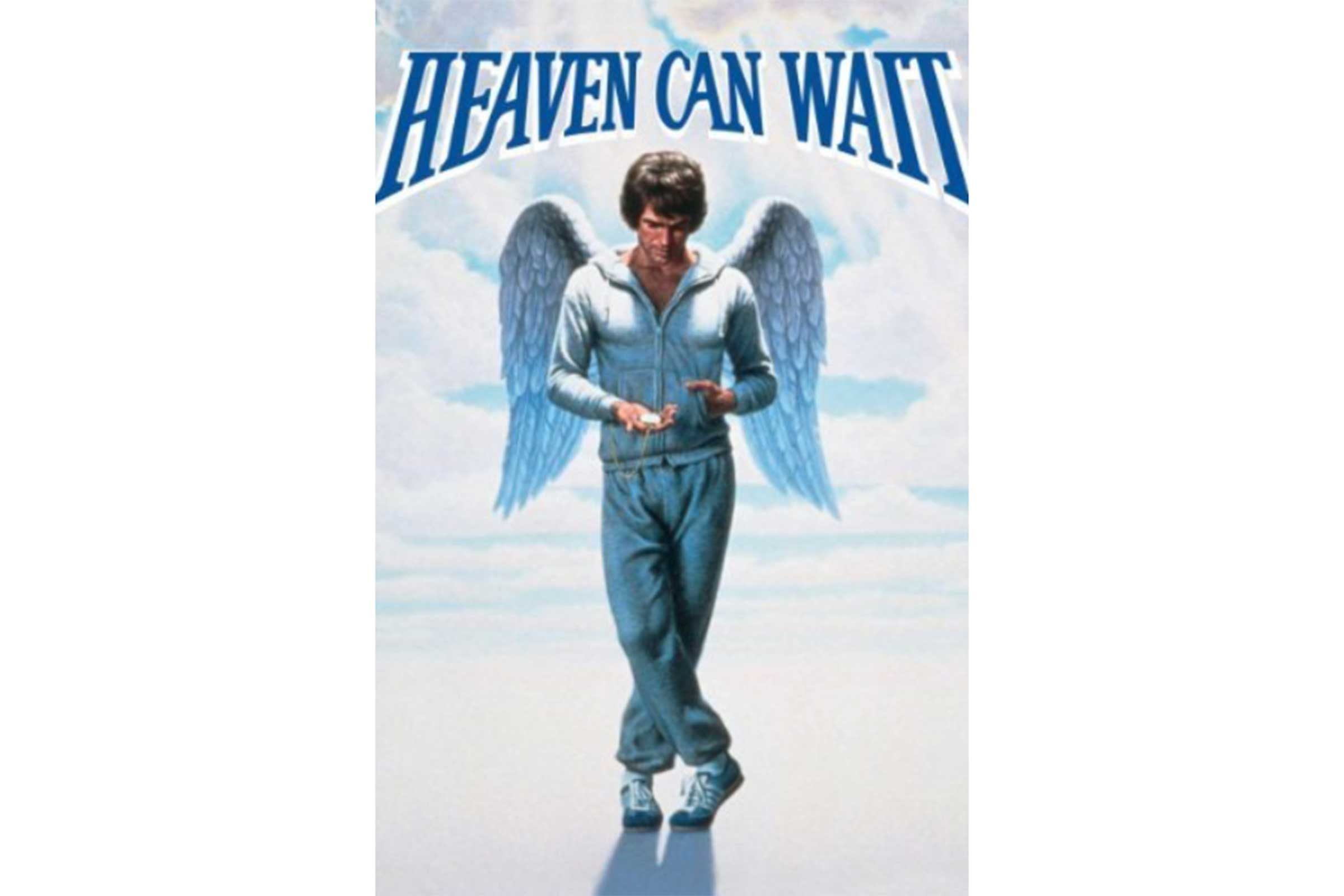 Warren Beatty stars in this comedy about the hijinks that ensue when an inexperienced angel pulls him to the afterlife before his destined time. Because of the mishap Beatty gets to go back down to earth, but he’ll need to take over the body of a soul who was meant to depart. He finds himself with the identity of a much-hated mogul, and ends up getting killed again. Toss in a romance with Julie Christie and a plot about the Super Bowl, and you’re set with a story about destiny and fate. 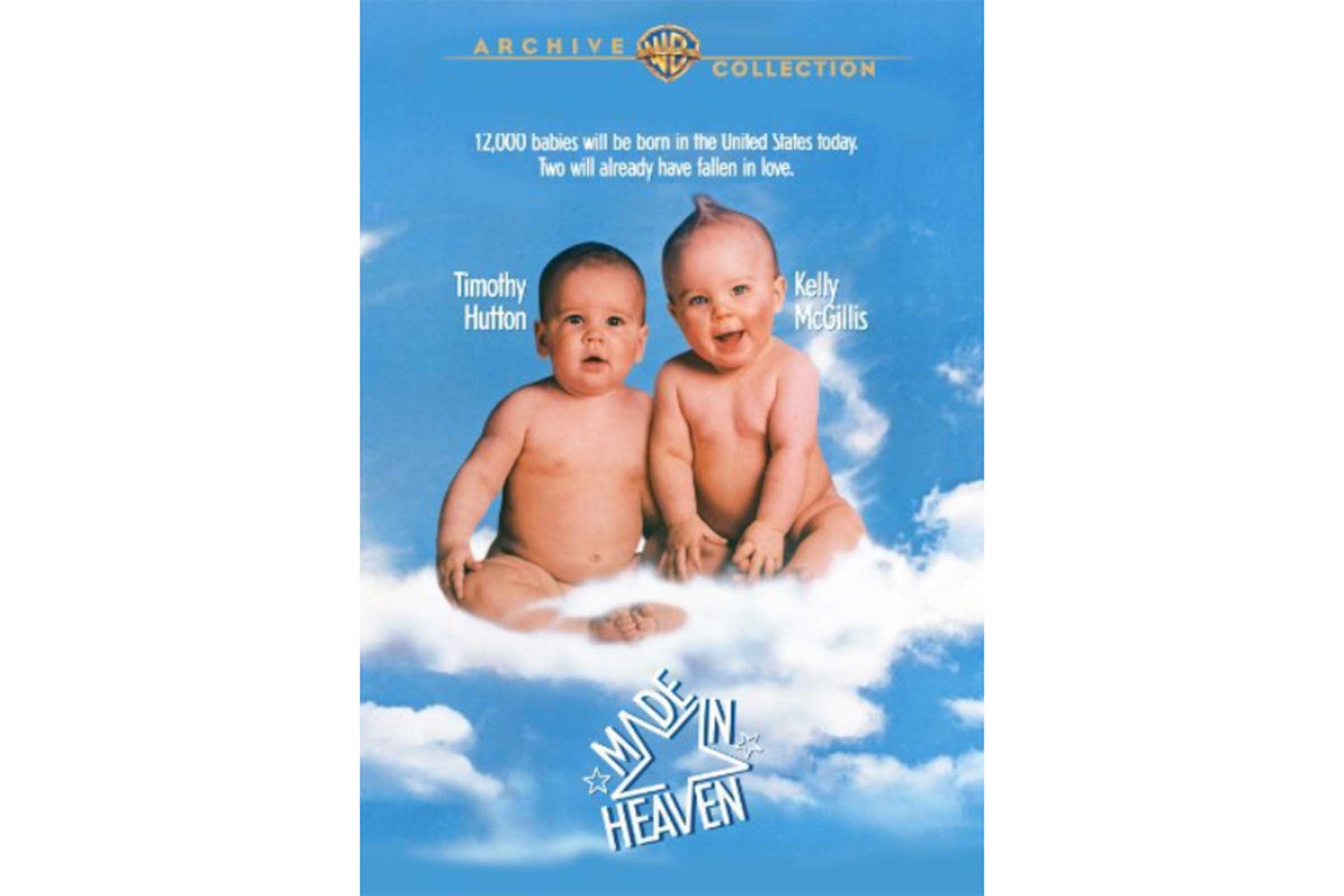 Kelly McGillis (of Top Gun fame) and Timothy Hutton play star-crossed lovers who meet in heaven. Everything’s perfect, that is until McGillis heads down to Earth as a newborn. Hutton agrees to be born too, but he has to find her and get her to fall in love with him by the deadline, their 30th birthday—or all will be lost. Features cameos by rock stars Tom Petty and Ric Ocasek and an unrecognizable Debra Winger as a male guardian angel of sorts. 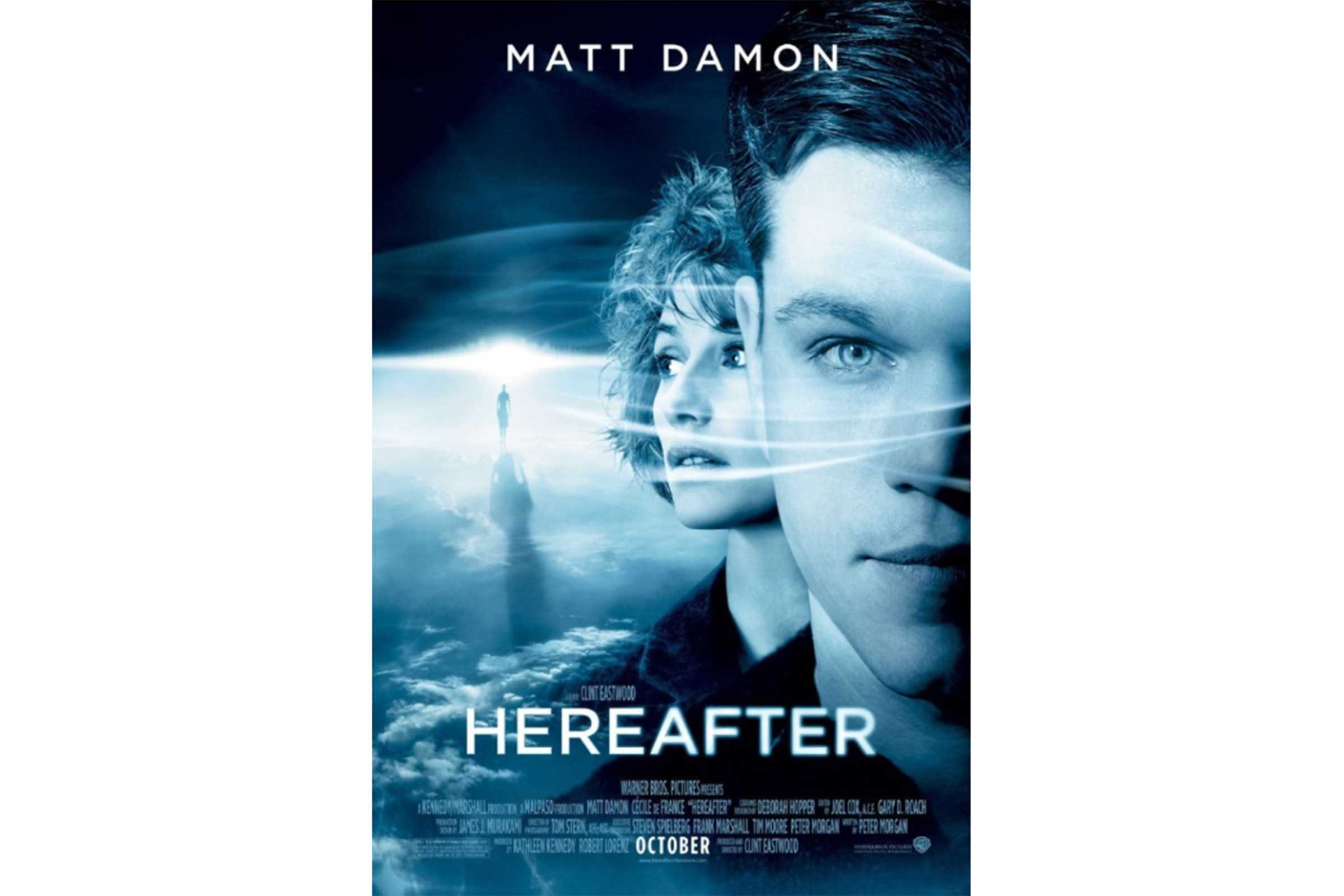 Clint Eastwood directed this drama that stars Matt Damon as a psychic with access to the other side. Meanwhile, a journalist who had a near death experience in the 2004 tsunami tries to spread the truth about her experience in the hereafter. Their stories intersect with a young boy who has lost his twin brother in an accident and desperately needs to communicate. Everything ties together in the end. 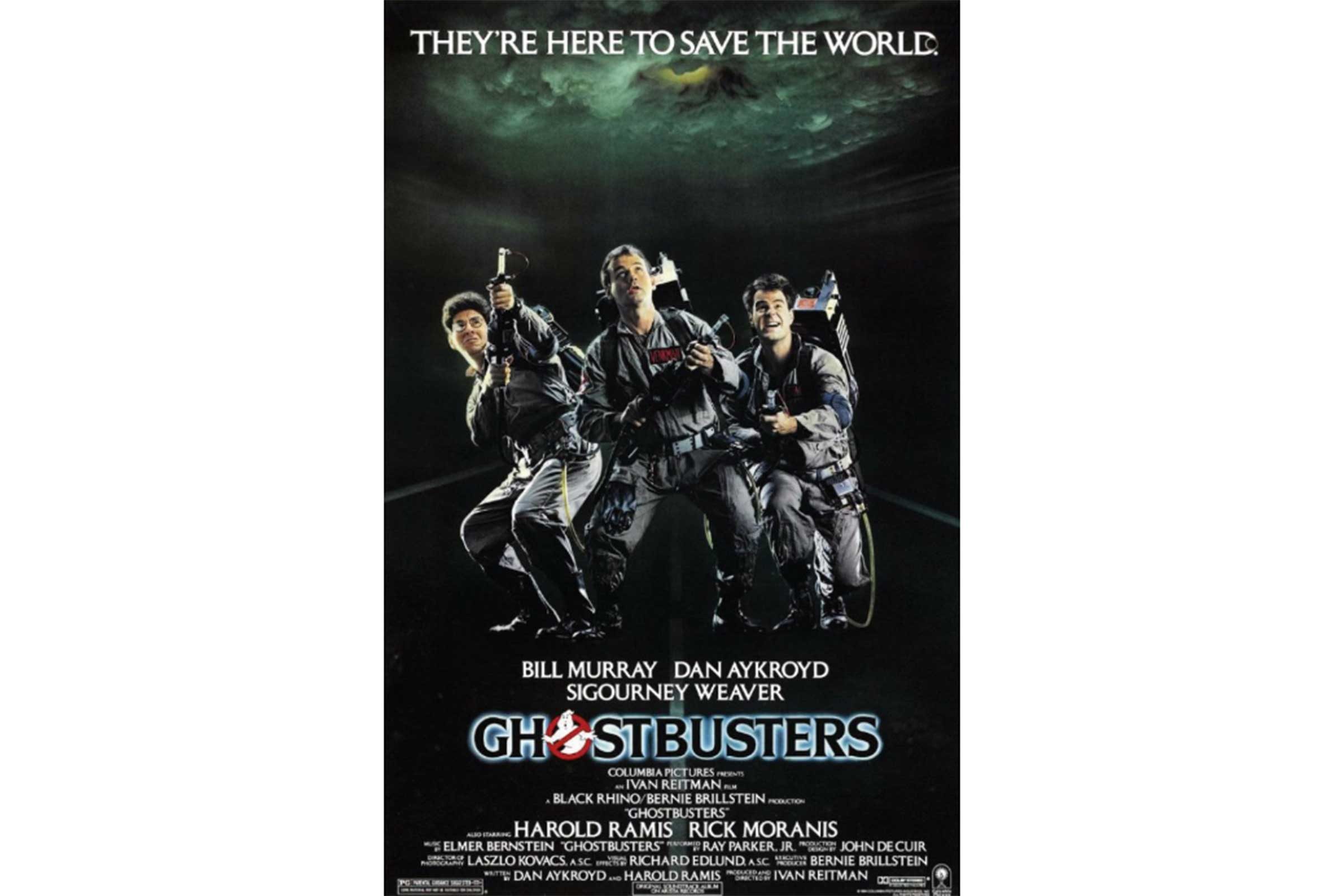 The Bill Murray original proved that ghosts are terrifying and mischievous, but they also have a sense of humor. Not only are there ghosts beyond the earthly veil, but a collection of demons and other impostors are seeking to overtake the earth and wreak havoc. You know who to call to seal up the gateway between dimensions. (Want more laughs? Here are the 100+ funniest movies of all times.) 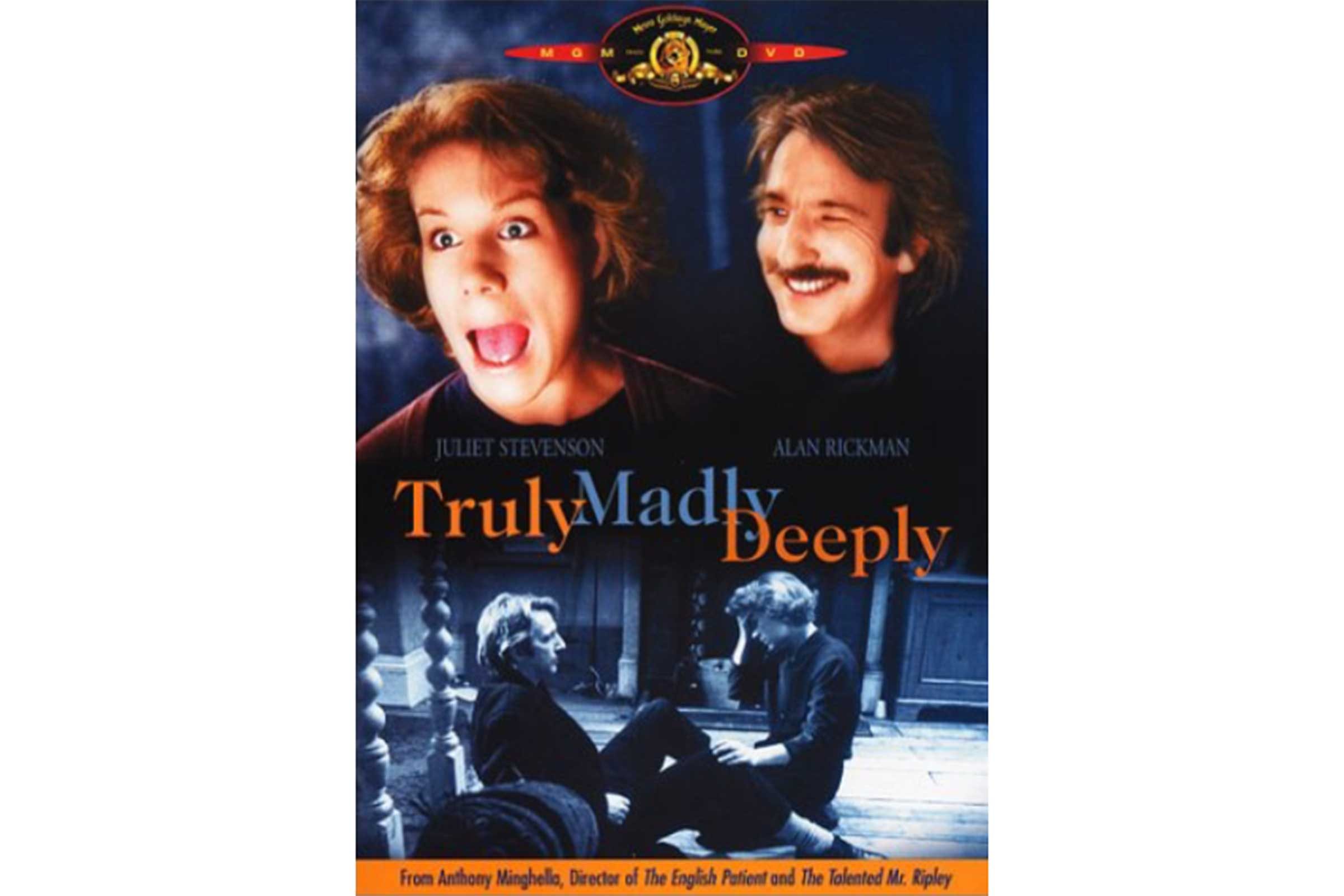 Alan Rickman is charming as the departed boyfriend of a woman beset with grief. He returns to her apartment as a ghost presumably to comfort her, but he ends up driving her crazy. That was probably the point—a loving gesture so she can finally let go of the past and move on for good. 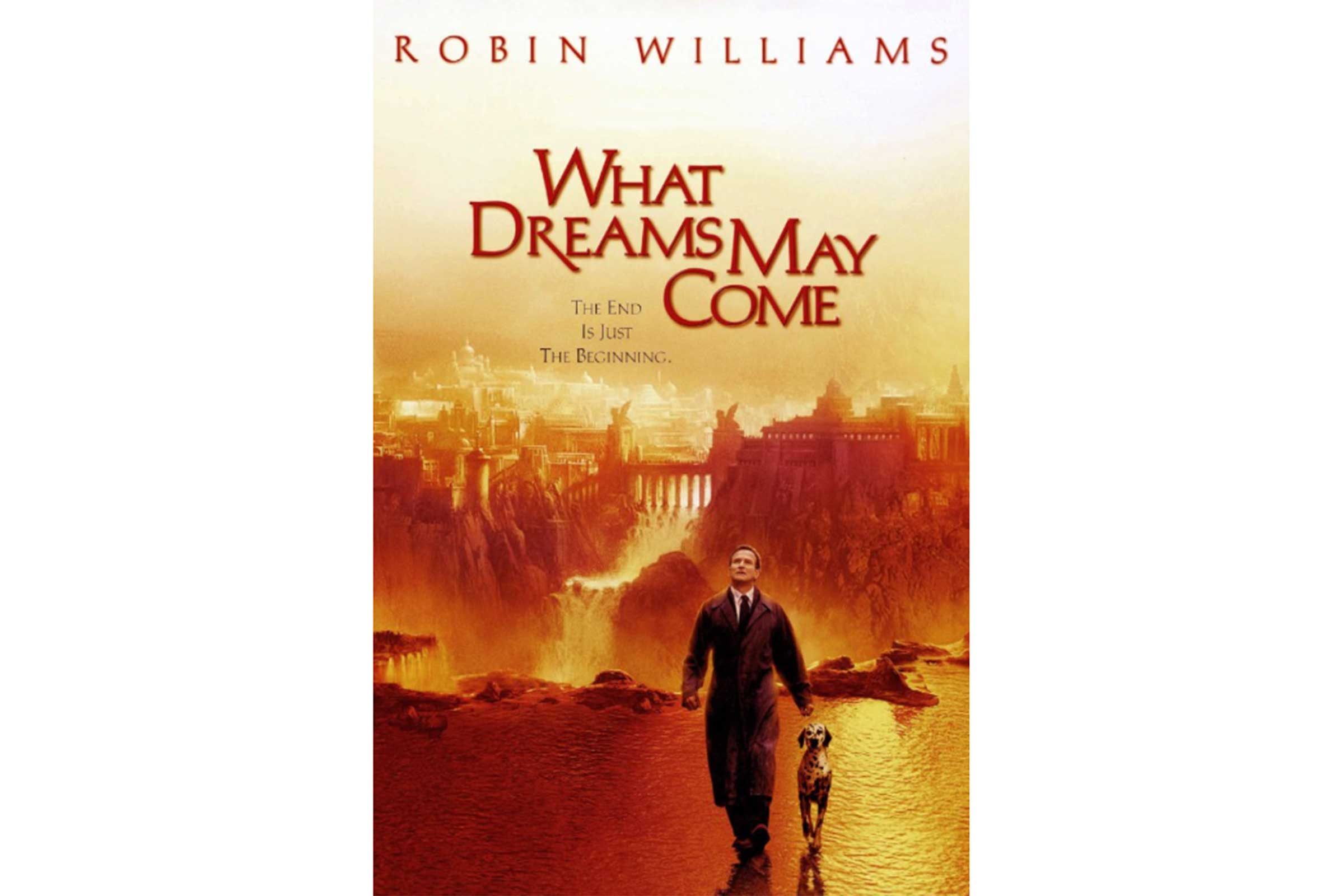 Robin Williams travels through the many realms of the afterlife in search of redemption while he observes the suffering of the wife he left behind, played by Annabella Sciorra. She is so grief-stricken she commits suicide and ends up in a self-created “Hell.” Stunning visuals add magic and mystery to the epic journey that takes you through the beautiful and terrible on the other side. 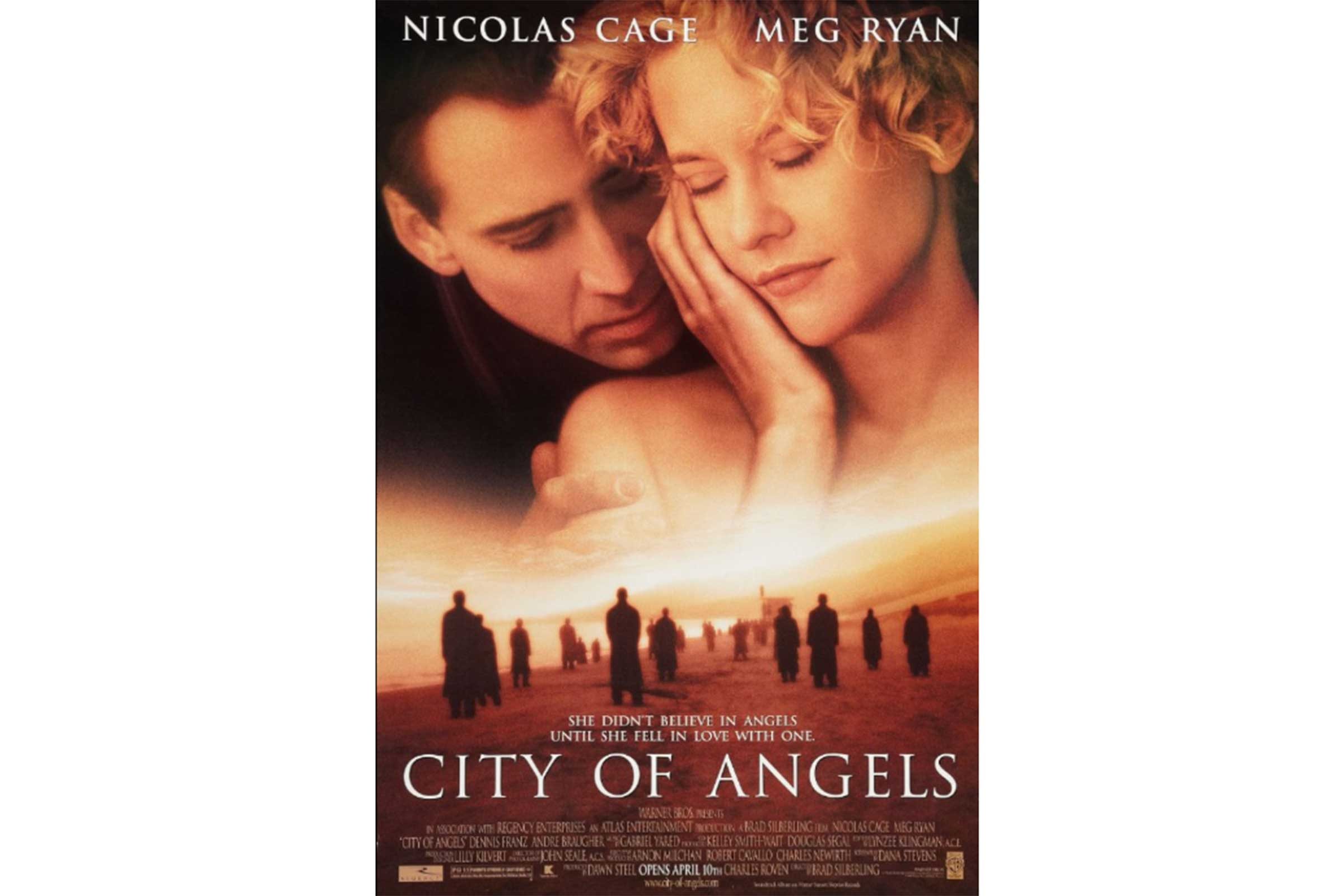 Nicholas Cage is perfectly cast as a brooding angel who falls for a human doctor, Meg Ryan. He’s so in love with her that he decides to become human to be near her. Tragedy ensues. But the sweeping love story is filled with powerful and breathtaking imagery and the idea that we’re never really alone. The film is loosely based on the German film Wings of Desire, which is also worth a look for its stunning visuals and moving take on the human condition. 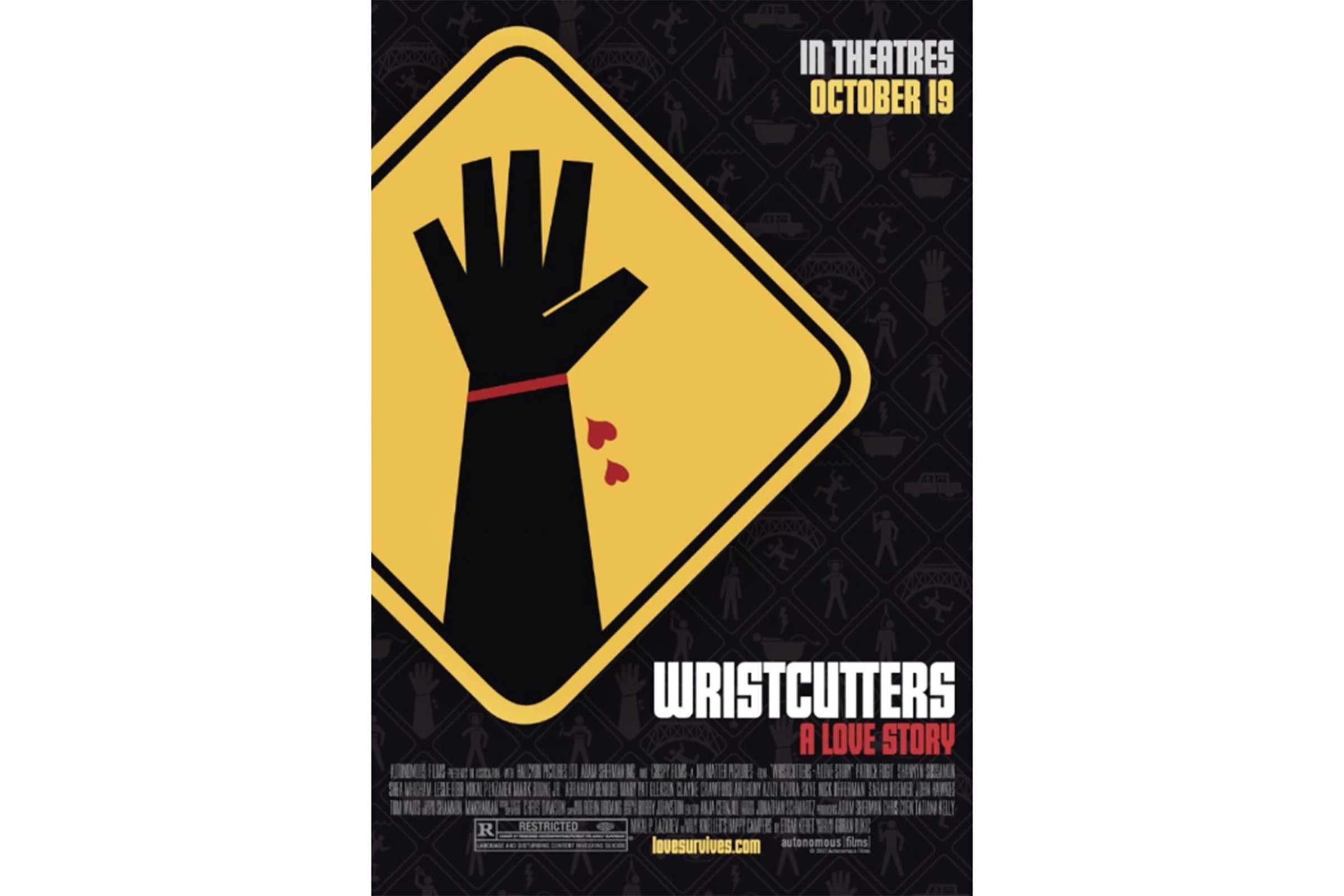 This screwball romance takes place in the afterlife’s realm for suicides. The main characters commit suicide end up in a place that’s a lot like earth, just slightly worse. All the cars are beaters and it’s impossible to smile. The two meet up and go on a road trip to find the “people in charge” and make sense of their new fate, picking up other lost souls along the way. The film premiered as small indie, but has since gained a cult following, probably due to its quirky rendering of a traumatic topic that finishes with a truly happy ending.