Yes, you can get—and stay—healthy at any age, and these senior athletes show you how. 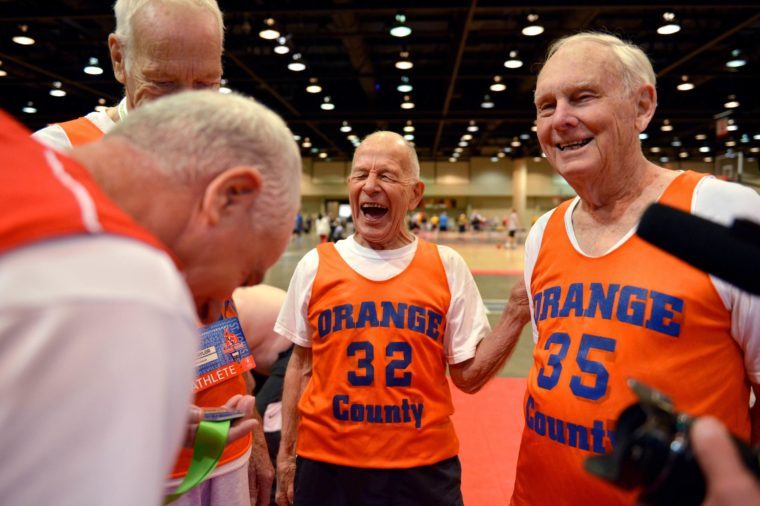 What are the National Senior Games?

Every other year since 1987, the National Senior Games Association has put on an sporting event for athletes aged 50 and up—and some are even in their hundreds. In an Olympic-like event, participants compete for gold in everything from horseshoes to triathlons. You’ll be blown away by these seniors who are as fit as ever. 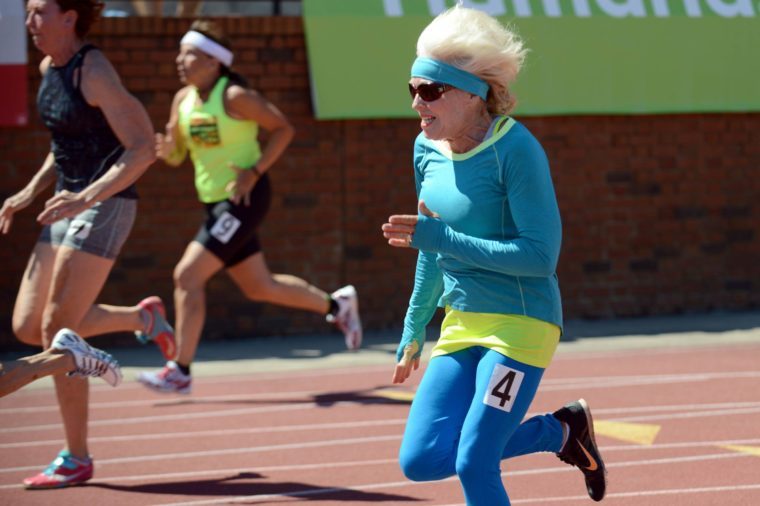 They bring in the family

Competing in the 50-, 100-, 200-, and 400-meter events, plus long jump, 67-year-old Irma Bond doesn’t hold back. “I’m not the fastest person in the state but I compete, and there are so many people who just don’t go out there,” Bond tells WNCT. She’s modest about running, but there’s no denying her jumping. Over the years, she’s broken long jump records for three different age groups (55-59, 60-64, and 65-69) in North Carolina. She even convinced her 94-year-old mother, Fay Bond, to compete in the 2017 Senior Games’ shot put, discus, and long jump competitions. 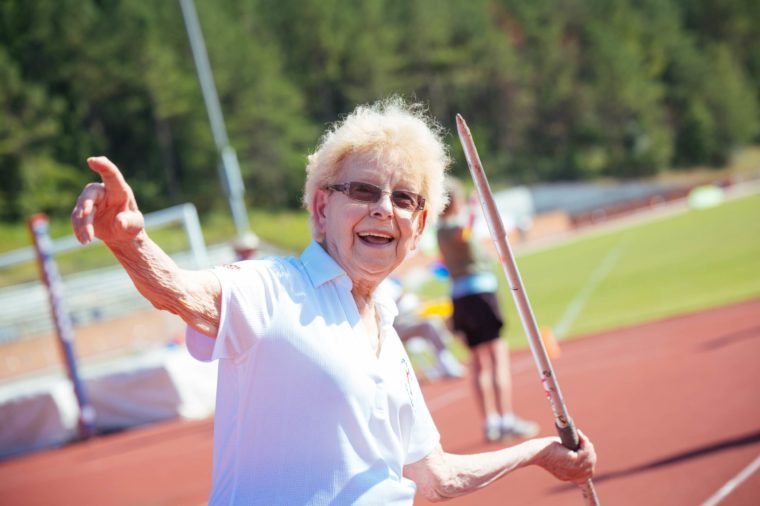 They don’t give up

Ann McGowan, 93, started exercising to help cope when her husband died at age 50. (Learn workout tips for beginners if you’re just starting, too.) Back surgery kept her from competing in her usual track events in 2017, but she wasn’t ready to give up her spot in the NSGA games. Instead, she competed in long jump (as she’s done before), and shot put and discus, which she won silver and bronze in, respectively. She’s now one of the “Great Eight” athletes who have competed in every National Senior Games since the competition started in 1987. McGowan says she doesn’t have a secret recipe for healthy aging. “There’s no secret to it. It’s just doing what you feel like doing,” she tells USA Today. “After it’s done, people are amazed. They’ll say, ‘Well how did you do that?’ I just did it. That’s the answer.” 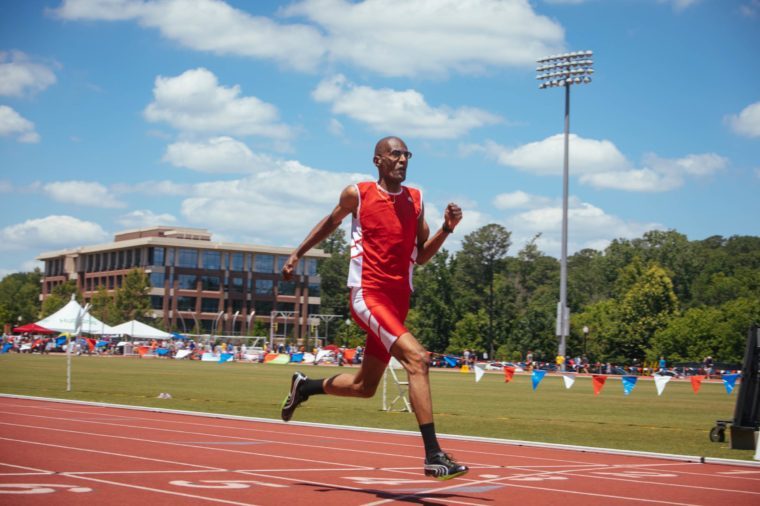 Oscar Peyton has always been a fast runner but didn’t start training competitively until he was 49. He’s participated in the Senior Games since 2003—and won gold in the 100-meter dash all eight times. For the 2017 games, at age 65, he also entered the 200-meter, in which he also placed first in his age group. “I would encourage anybody in their golden years to get out and be active,” Peyton tells The Undefeated. “Eating right, exercising, getting proper rest are the keys to a healthy lifestyle. The Senior Games is an avenue to give you the motivation to do just that.” Use these quotes from Olympic coaches for even more motivation. 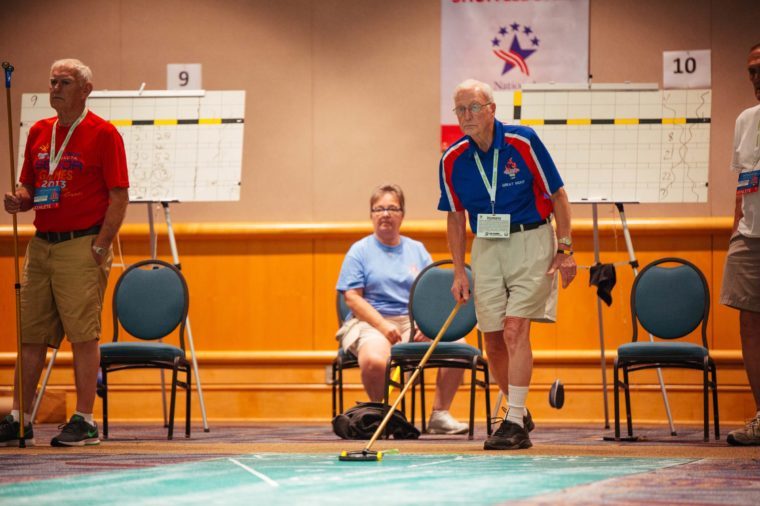 As one of the Great Eight, 85-year-old Ed True is an old hat with the senior games. He started running track and field—even placing in the 100-meter dash—and has also bowled in the past. For the most recent games, he’s participated in shuffleboard. He says the friendly competition (emphasis on friendly) is what keeps him coming back. “If you come in second in the race, you’re going to be the first one to congratulate the winner,” he tells NSGA. “There’s very few people that take it too seriously, and that keeps the competition fun.” 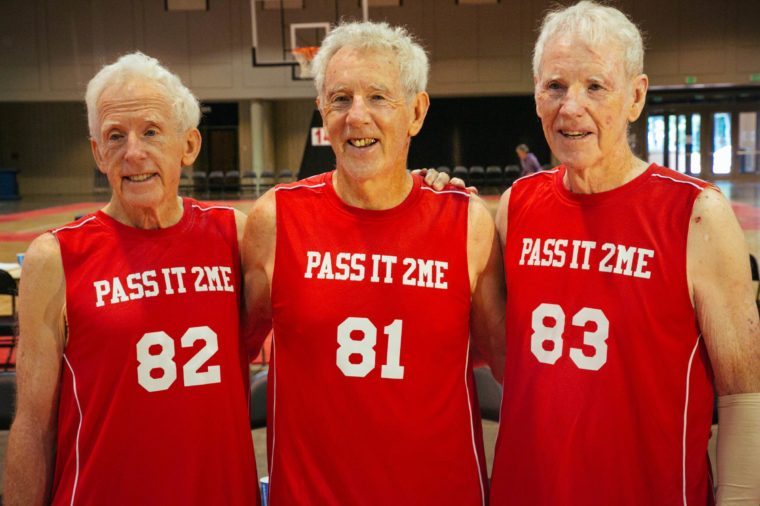 They started without much equipment

Growing up 84-year-old John Twomey and his 81-year-old twin brothers, Dan and Tom, would play basketball together using a bushel basket nailed to their family’s barn in upstate New York. The brothers have kept playing basketball regularly into their 80s—as much as four times a week—and say it keeps them healthier than ever. “If I got a back ache in the morning, and I sit in the house and treat my back and all, I still got tomorrow. If I got a back ache today and I go out and play basketball, I don’t have it tomorrow,” John tells NPR. Check out more healthy habits your 80-year-old self with thank you for. 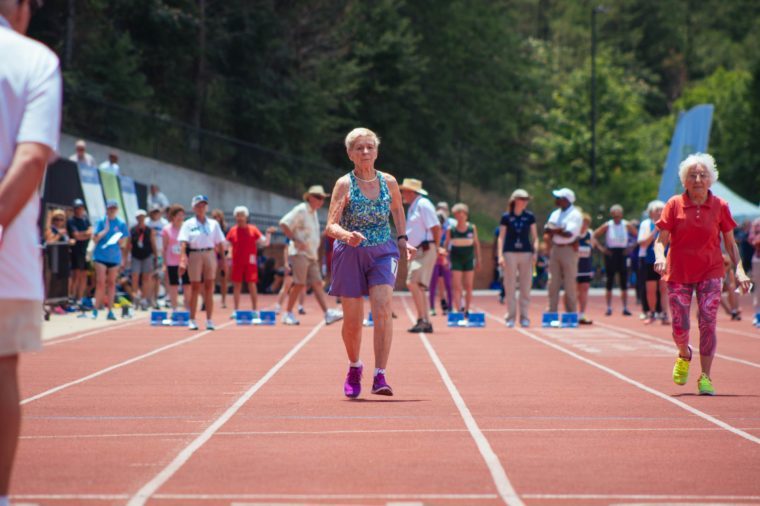 “Too old to start” never crossed their minds

Dottie Gray was 54 when she signed up for her first race, a two-mile run near her home in St. Louis. She went straight home after the race, but had to turn right around when a friend called and said she had to pick up her trophy—she was the fastest runner in her age group. Now 91, Gray isn’t stopping anytime soon. She runs a couple miles most days, and competes in about three 5Ks every month. She thanks running for keeping her healthy. “It’s good exercise. And it’s easy to do,” she tells NSGA. “You can just put on your shoes and go out the door.” Find out what happens when you start a running workout. 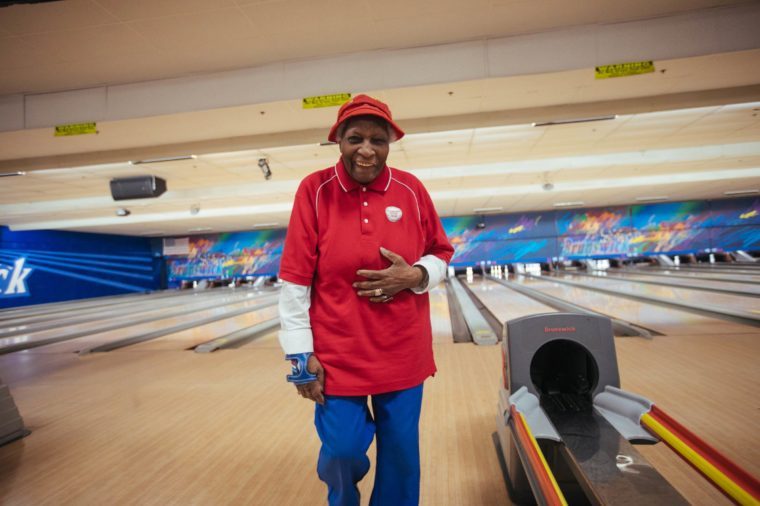 They power through health problems

Hazel Hassen Bey, 93, has been bowling since she was a kid, and competing with the Senior Games since 1987, making her one of the Great Eight. Even though she uses a cane to walk, has rheumatoid arthritis, and was in a car accident in 2014 that hurt her shoulder, she’s determined to keep bowling. Now, it’s more about staying active than winning games though. “I’m gettin’ my exercise, because that’s what I need. If this was just about getting medals I wouldn’t be there,” she tells NSGA. Find more benefits of exercise (that don’t include weight loss). 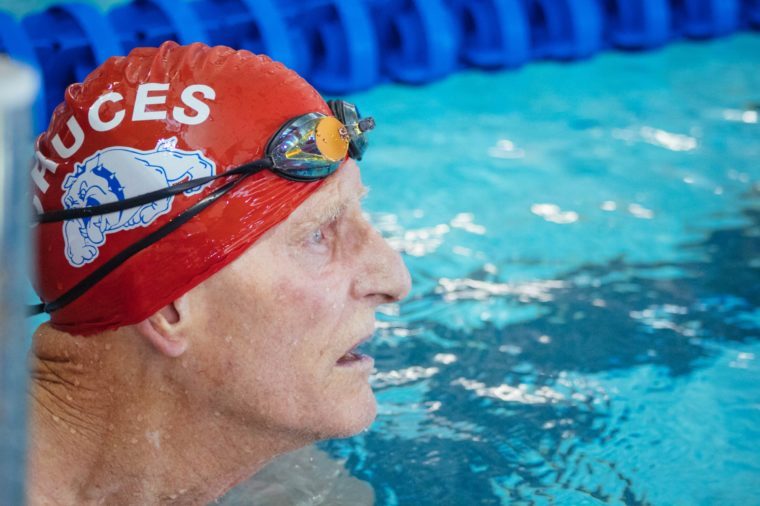 They’re living proof of the benefits of exercise

Jordan Wolle, 89, swam for a year in high school, then gave it up until he started swimming with his kids at age 46. Freestyle is his favorite, so he’s stuck with that for the past decade, though he’s done butterfly and backstroke in the past. He never had health problems until he was 88 and his blood started having trouble reaching his heart. The Great Eight athlete laughs that his doctor said he was doing “fine for a man of [his] age,” but thanks swimming for keeping him healthy for so long, he tells NSGA. Find out science-backed signs you’ll live to 100. 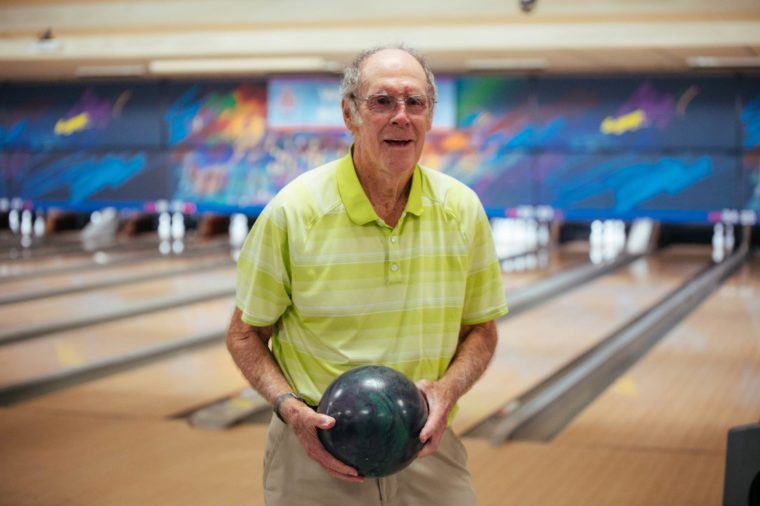 They set their goals high

Another Great Eight competitor, 86-year-old George Freeman, is a runner. He’s run 26 marathons, and his Senior Games victories include a gold medal win in the 1,500-meter dash in 2009. He competed in bowling for the 2017 games because of a knee injury, but he plans to run again in the next competition. “I’d like nothing better than to be 90 and run the 100-meter dash,” he tells al.com. 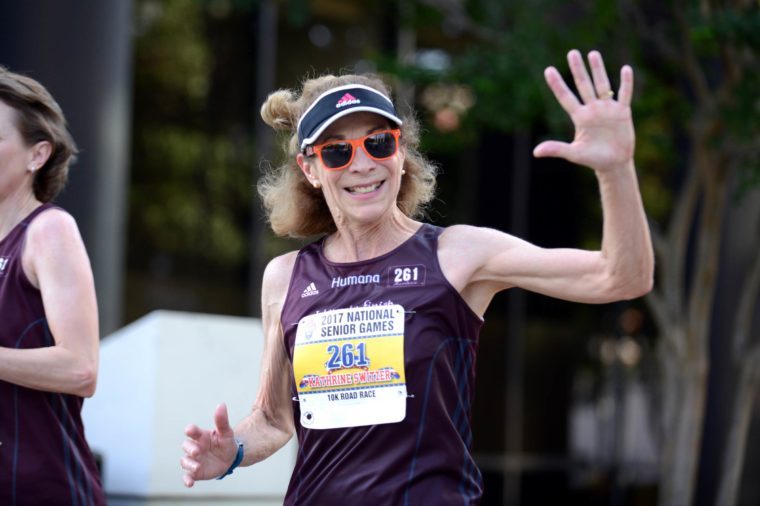 They break down stereotypes

Seventy-year-old Kathrine Switzer got her fame as the first women to run the Boston marathon in 1967—then ran it again 50 years later. Now that she’s shown women are capable athletes, she’s proving the same for seniors. She didn’t compete in the Senior Games but ran with the 10K athletes to support her fellow seniors and says she hopes to qualify for the 2019 competition. “Seniors have completely changing notions about what capabilities and limits are really about,” she tells Reader’s Digest. “They have the most incredible senses of optimism I have ever seen anywhere. These people are looking forward to getting older.”