These are exciting times, with amazing scientific breakthroughs happening every day that promise to help improve our health, decode the ancient past and change the way we think about our world. ScienceNews.org helped us compile this list of some of 2017’s coolest discoveries so far. 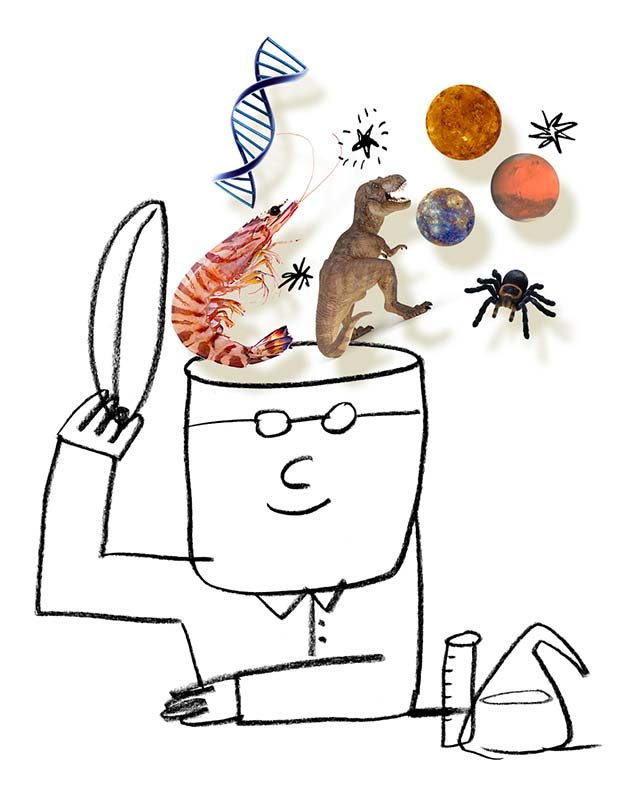 Astronomers found not just one but seven planets outside our solar system that circle a tiny star called TRAPPIST-1, about 40 light-years away. Three are in what NASA calls the habitable zone, which could be right for water to exist and possibly for extraterrestrial life. Think you know all there is to know about earth now? Take this quiz to find out.

Shrimp so loud, they were named after a rock band

On the Pacific coast of Panama, scientists discovered a new type of pistol shrimp that uses its large pink claw to create a noise so loud it can stun—or even kill—small fish. In fact, the boom created by the animal’s snapping claw can reach 210 decibels. For comparison, a loud concert is about 110 to 140 decibels. (Humans can lose their hearing from loud concerts and even loud cities.) The team members dubbed it Synalpheus pinkfloydi, inspired by their love of Pink Floyd.

A therapy that reverses aging in mice

As we age, senescent, or damaged, cells build up in our tissues, possibly promoting age-related diseases. Scientists from the Netherlands developed a molecule that purges those cells. When tried on ­elderly mice, their fur regrew, their kidney function improved, and they could run twice as far as untreated mice. One scientist called it a landmark advance in the field of aging. Since we’re not mice, try eating these foods to add years to your life.

If a burn victim’s wounds are severe, home remedies for burns aren’t nearly enough. So biomedical scientists have created a device that sprays stem cells onto wounds, helping them grow a new, healthy layer of skin in as few as four days. Biotech firm Renova­Care recently obtained a patent for the ­SkinGun and has used it to successfully treat dozens of burn patients in trials. While the device still needs FDA approval, it’s a game changer that could help eliminate the painful and scarring process of skin grafting.

A bite from an Australian funnel-web spider could kill you in 15 minutes if not treated promptly. But scientists discovered that a peptide found in the venom of one species may protect brain cells from being destroyed by a stroke, even when given eight hours after the event. If the treatment fares well in human trials, it may become the first drug that can protect against stroke-induced brain damage. These are signs of a stroke you might be ignoring.

Scientists in Toronto identified a new species of dinosaur and named it Zuul, after the doglike monster in the 1984 film Ghostbusters. Like its namesake, the dinosaur had horns behind its eyes, spikes on its face, and a barbed, sledgehammer-like tail. The dinosaur’s fossilized skeleton, unearthed in Montana, is one of the most complete ankylosaurs—­armored, lizard-like dinosaurs—ever found, with skull and tail club intact.

Scientists discovered that the slime covering the skin of a frog from southern India contains antimicrobial peptides that destroy bacteria and viruses—including key strains of the human flu—while protecting normal cells. So far, the therapy has been used only in the lab. These are 6 clear signs you have the flu.

Scientists found a new anti­microbial compound in the blood of Komodo dragons, the world’s largest lizards. In the lab, the substance healed infected wounds on mice faster than existing options, potentially giving doctors a new tool to fight antibiotic-resistant infections. Not sure if your cut in infected? Look for these tell-tale signs.

A “new Stonehenge” in Brazil

An artificial womb to nurture preemies

Marking what could be a huge breakthrough in treating premature babies, scientists successfully built an artificial womb that was able to keep premature lambs alive and developing normally. The lambs lived for four weeks inside the device, which looks like an oversize plastic bag filled with synthetic amniotic fluid. The faux womb could one day help bring human preemies to term outside the uterus. This is how preemies survived before we had the technology we do today.

An eighth continent—hidden under the ocean

Scientists presented evidence for a new continent in the southwest Pacific beneath New Zealand, called Zealandia. Even though the landmass is 94 percent underwater, geologists say it meets all the important criteria to be recognized as Earth’s eighth continent. As no scientific body formally recognizes continents, it remains to be seen whether Zealandia will appear in future geography textbooks.

A tool to repair DNA in ­embryos

Chinese scientists devised a gene-editing tool that may eliminate certain disease-causing mutations in the DNA of human embryos. It is the first such technology to be used on viable human embryos and could one day help prevent ­babies from inheriting serious genetic diseases. But it has already raised ethical concerns about the potential to effectively design children—and alter the genetic heritage of humankind.

A “living drug” that can kill cancer

An immunotherapy drug that turns a patient’s own blood cells into cancer killers is on the fast track to FDA approval. In an ongoing clinical trial, the treatment was administered to advanced lymphoma patients who had not responded to standard treatments or continued to relapse. At three months, 37 percent of patients showed no signs of cancer. As trials progress, scientists hope the therapy could be the next big step forward in cancer treatment. Make sure you always incorporate these cancer-fighting foods into your diet.

In a development that sounds like something out of a science fiction movie, researchers for the first time created embryos that were part human, part animal. The embryos contained cells from both humans and pigs. The hope is that the process could one day help scientists grow human organs inside animals for later transplant, but it also sparked ethical concerns.

A new (fourth) state of matter

Science classes everywhere teach about the three states of matter (solid, liquid and gas), but now, for the first time, scientists have successfully created an entirely new form of matter called “time crystals.” The crystals have a strange atomic structure that repeats not just in space, but in time, putting them in perpetual motion without energy. That may sound abstract, but excited researchers say the crystals could herald in a new era in physics and eventually revolutionize how we store and transfer information in quantum computing.

Researchers from MIT and Brigham and Women’s Hospital invented a small voltaic cell that runs on the fluids in your stomach. The device could power sensors that would stay in your gastrointestinal tract for an extended period, monitoring vital signs or delivering drugs. Similar sensors today have to be powered by small batteries, which create a safety risk and eventually run out of power. 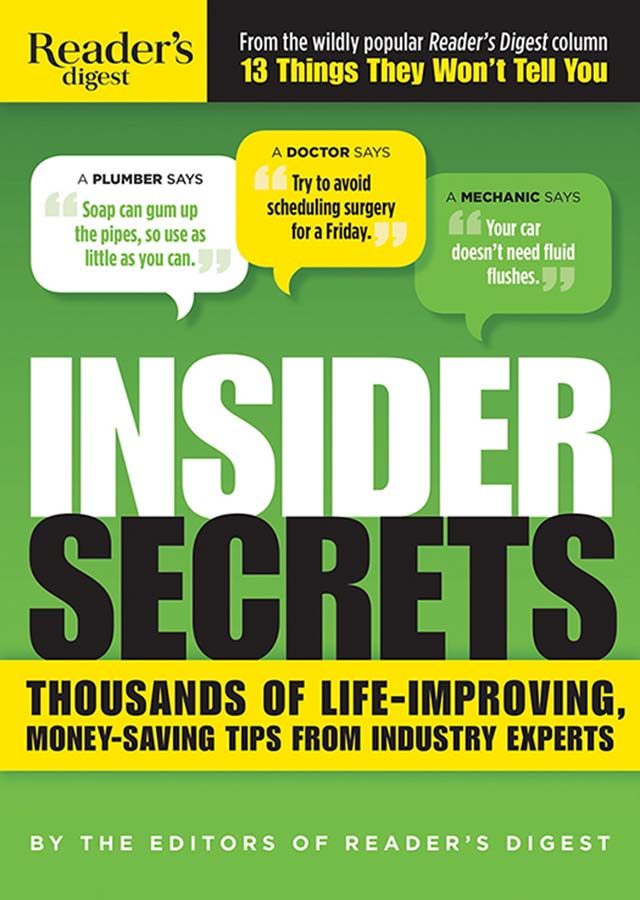 For more life-changing secrets from the 13 Things column, check out Insider Secrets, available now online and wherever books are sold.