These chilling views will leave you in awe. 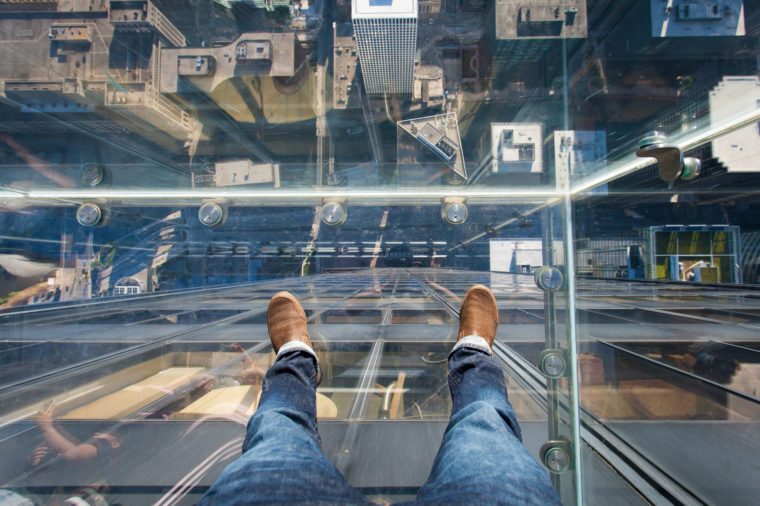 The Willis Tower is the second tallest building in the United States, and it has a Skydeck floor made of glass. One layer of glass supports peoples’ weight, and the thinner layer shatters if something hits the glass, Fast Company reports. A recent crack in the protective layer adds another layer of fear while looking out of this observation deck. 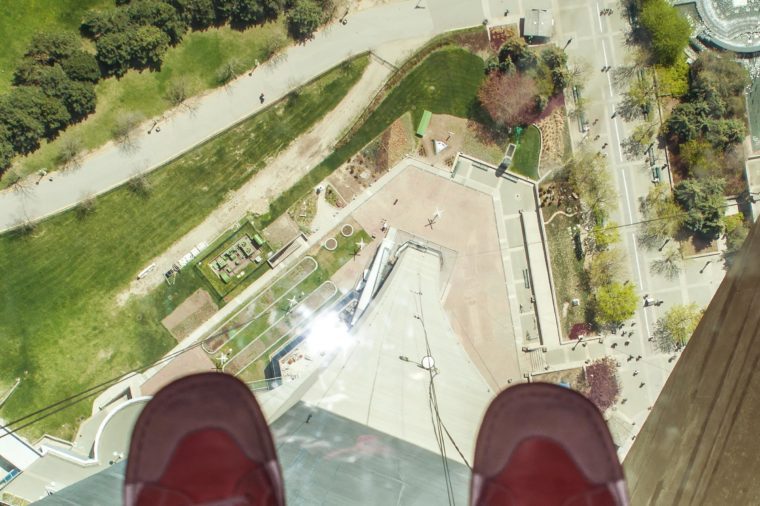 Views from the CN Tower in Toronto, Canada is also thanks to lots of glass. The floor-to-ceiling panoramic window walls, glass floor, and glass elevators offer spectacularly chilling views of the area. If this scary view gets your adrenaline pumping, consider checking out these photos of the 12 most dangerous places to travel in the world. 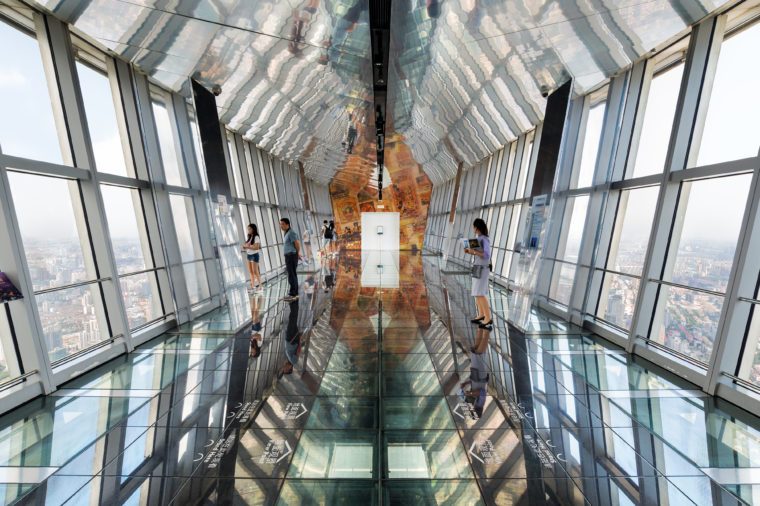 The SWFC has over 100 floors, and three of them are part of the observation deck, offering terrifying views. On a clear day, you could look down on the top of Jinmao Tower. The bright, hexagonal space also features a restaurant and bar where you can eat and drinking while taking in the views. 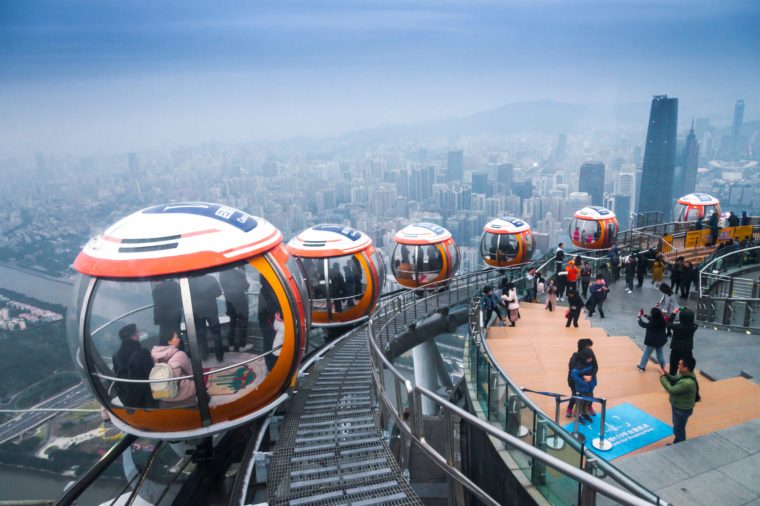 The star and cloud observation decks are on the 108th and 107th floors of the Canton Tower. One of the really unique views, however, is from one of the 16 glass passenger “pods” that travel along the roof. The ride, which is considered one of the tallest ferris wheels in the world, shows a view like no other. 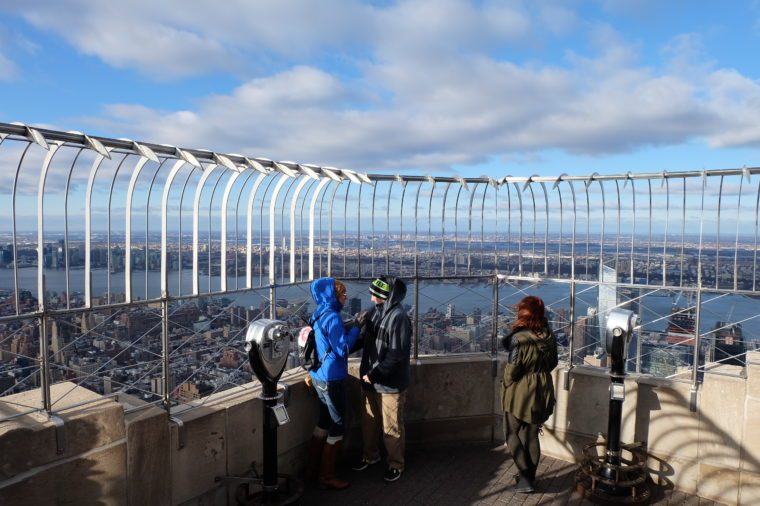 The Empire State Building Observation Deck is a name you probably recognize—and that’s because the views deserve some eyeballs. The Main Deck, on the 86th floor, wraps around the building offering views of Central Park, Times Square, and the Statue of Liberty, among others. People who want to go a few floors up can experience the Top Deck on the 102nd floor, too. The Empire State Building might not be a hidden gem, but it’s still breathtaking. 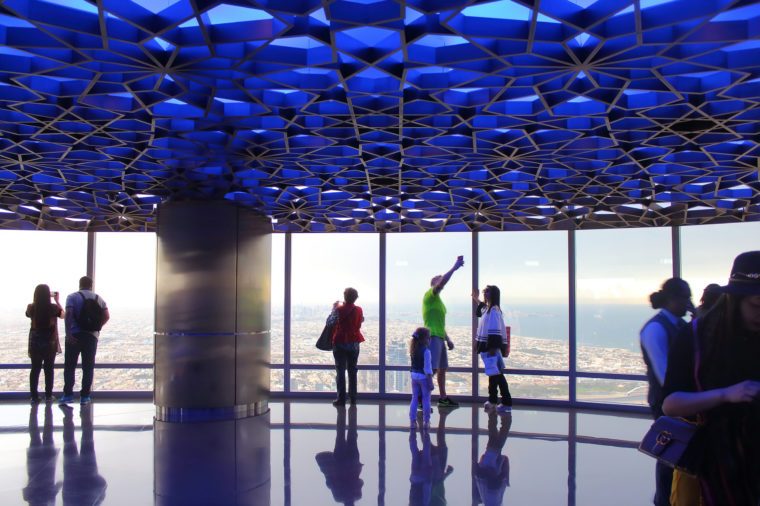 Burj Khalifa offers both an outdoor observation deck and a sky deck for people brave enough to look out from 1,483 feet and 1,821 feet, respectively. The view isn’t the only fascinating feature of this building. Thrill-seekers can also enjoy a new immersive experience: stepping on a glass-inspired floor that cracks under your feet. Do you have vacation photos from one of these observation decks? Here’s how you could sell them for some cash. 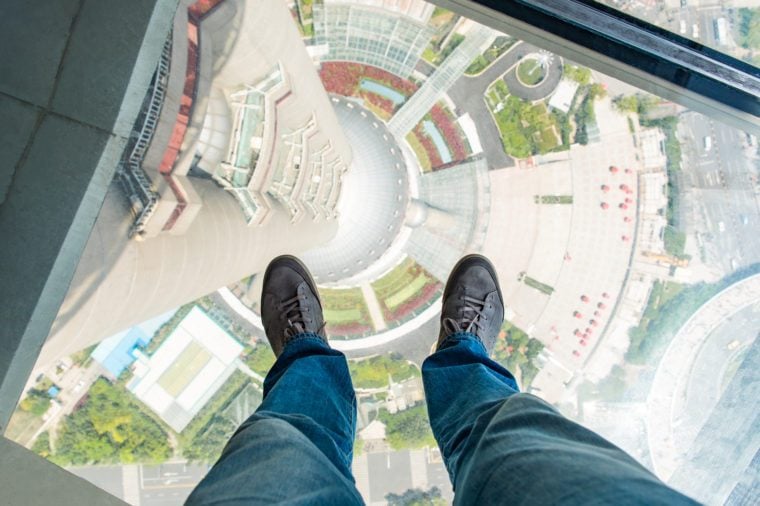 Shanghai has more than one huge tower with great observation decks. The Shanghai Tower, with the Top of Shanghai Observatory, is the world’s highest indoor observation deck. You can see both SWFC and Jinmao Tower, too. The reason this 2,073-foot-tall tower withstands strong winds is thanks to the fact that the exterior twists one degree per floor to offset the wind. 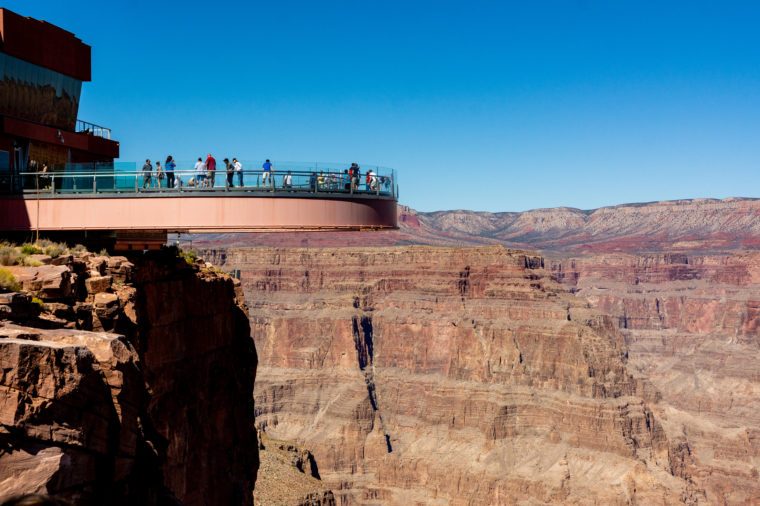 The Skywalk at Eagle Point offers a frighteningly beautiful view of the Grand Canyon West. Long gone are the days of standing at the edge of the canyon. Now, the Skywalk—a horseshoe glass bridge extending 70 feet over the canyon rim—lets you check it out from all different angles. 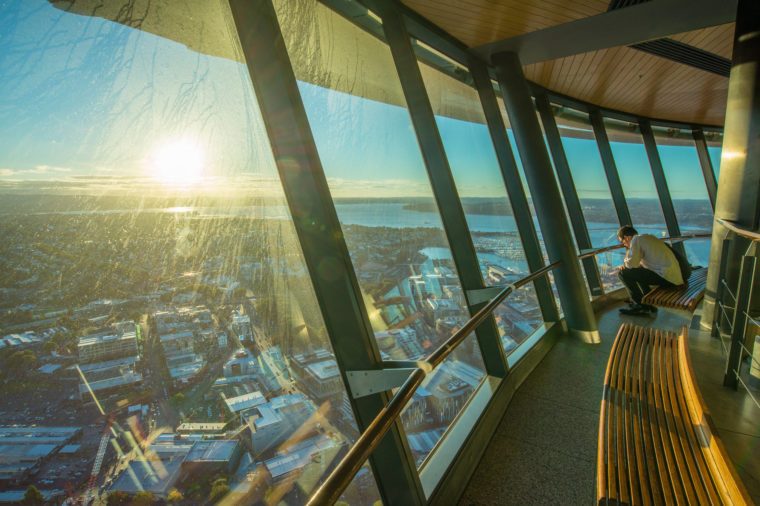 There’s more than one way to enjoy the scary views from the SkyTower in Aukland. Two options for dare-devils include base-jumping or a walk on the edge of the pergola. If you want a chilling view without the risk, head to level 60 to take in the views behind glass. This view is as terrifying as these 25 other creepy photos that give us the chills. 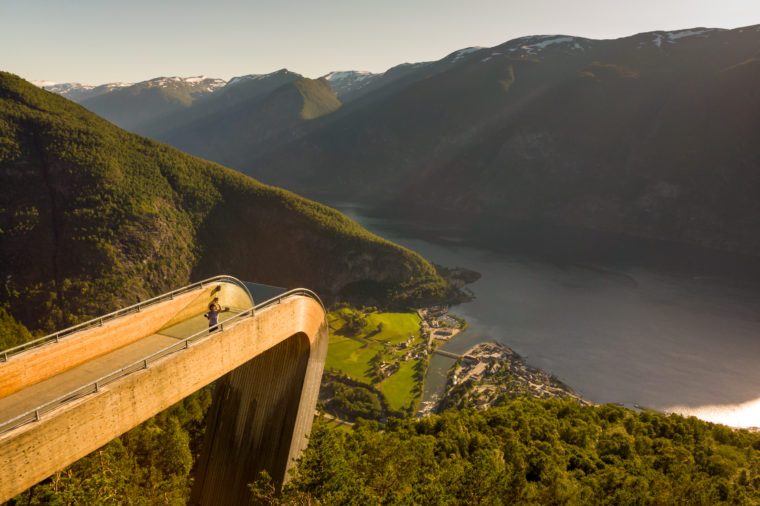 This 14-foot-wide wooden platform is not for the faint of heart. The Aukland Lookout structure juts out over Norway’s west coast before plunging downwards. Thankfully there’s a glass pane in place for protection, and it doesn’t take away from the breath-taking view. In fact, the dramatic drop is why the deck nicknames are “ski jump” and “diving board.” 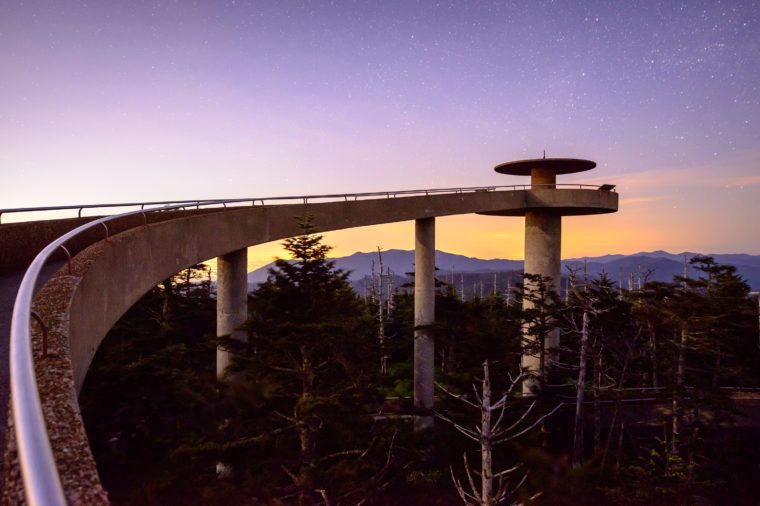 Take in the mountain views at Clingmans Dome in the Great SmokyMountains National Park. The observation tower offers panoramic views of the Smokies. Some amazing views might not be around much longer. That’s why you should plan to see these breathtaking places to visit before they disappear. 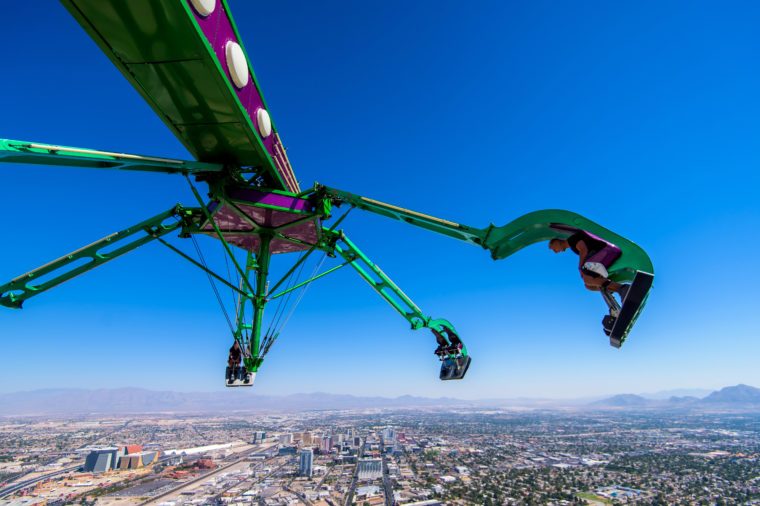 Viva Las Vegas! Take a break from the Strip and check out the indoor observation deck. For those that want to take things up a notch, opt for one of the thrill rides that will make your eyes pop. If you prefer a vacation or trip with more oxytocin and less adrenaline, one of these 52 hotel rooms with dreamy views might be more your speed.