13 of the Oldest Airports in the World

When you look at these really old airports, all established in the early years of aviation, it's easy to forget airports are a relatively new addition to our world. 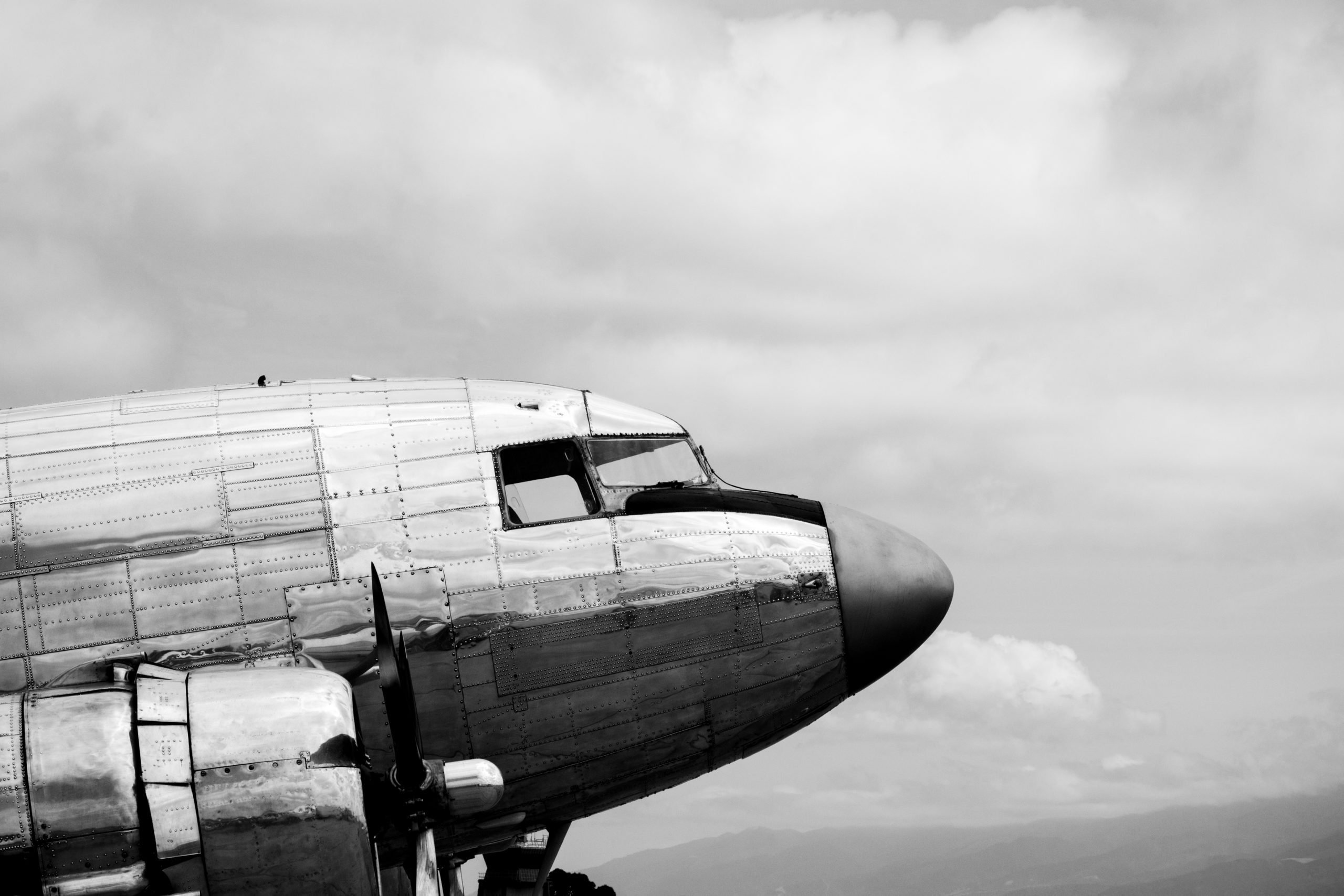 Airports that are older than your grandparents

Though Istanbul Airport can lay claim to being the biggest airport in the world, it’s also the newest, having been “completed” in 2018; on-going construction is expected to make it even bigger—and newer—over time. But what we’re interested in here are the oldest airports, some date back more than 100 years. After all, aviators, engineers, and other scientists have been honing the art and science of airport-building since as early as the turn of the 20th century, which is when the first glider was developed by the Wright Brothers, Orville and Wilbur. 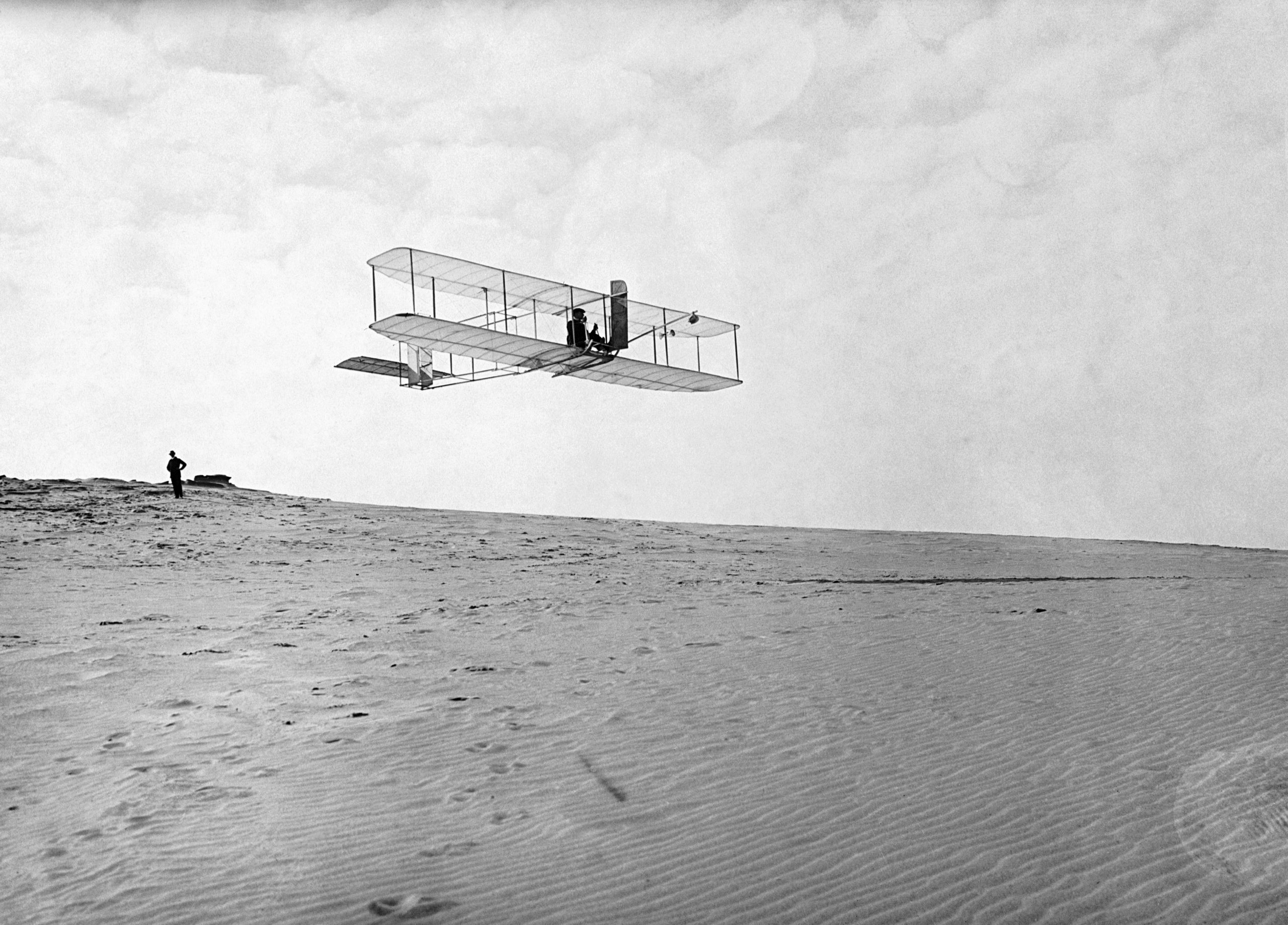 On December 17, 1903, following several years of research and development, the Wright Brothers achieved the first-ever sustained flight of a heavier-than-air machine above a field just outside Kitty Hawk, North Carolina, which was, then, a small, isolated fishing village on an isolated strip of beach on the mid-Atlantic coast. The precise location for that first glider’s run is located on what is now the municipality of Kill Devil Hills, North Carolina, and was chosen because it offered wide-open spaces and strong, steady winds. Pictured above is a photo from that first successful flight when the only “airport” in the world was nothing more than a runway and a dream. Today, a monument to the Wrights stands atop a hill in Kill Devil Hills, adjacent to First Flight Airport, a small airstrip where private jets touch-down and take-off in service of travelers to the Outer Banks. The Wright Brothers are one of 13 famous sets of siblings who changed history. 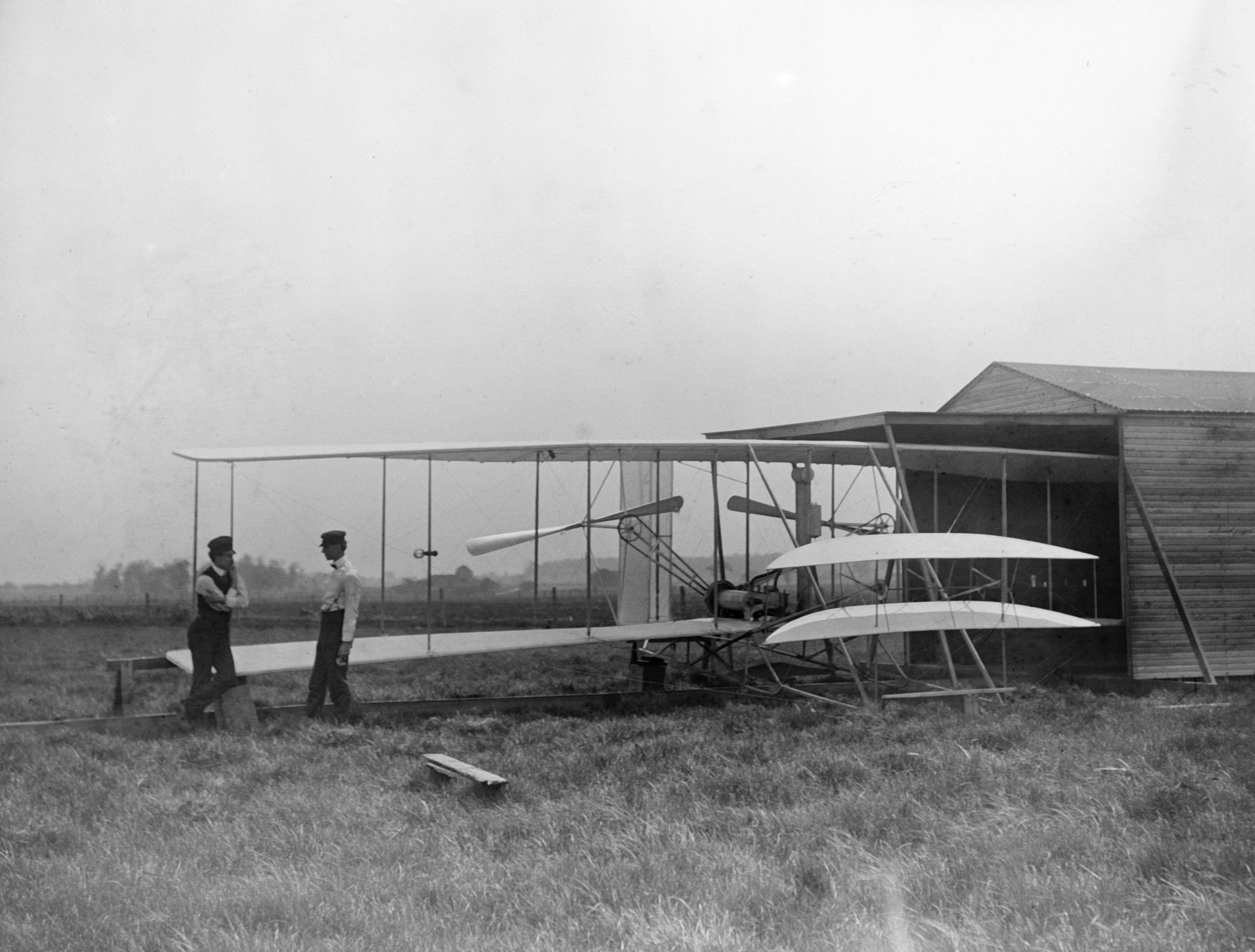 Several months later, the Wright Brothers changed the locale of their aviation home base to Huffman Prairie, a cow pasture just outside of Dayton, Ohio—Orville and Wilbur had to shoo away the livestock before taking off. Despite the uh, traffic, Dayton was more convenient than Kitty Hawk for the Wright Brothers, who were originally from the Buckeye state. The Wright brothers built the first-ever airplane hangar on Huffman Prairie and began using a catapult-launching device to assist during take-off when winds were mild. Here’s why you’ll sometimes see “airplane” spelled “aeroplane.” 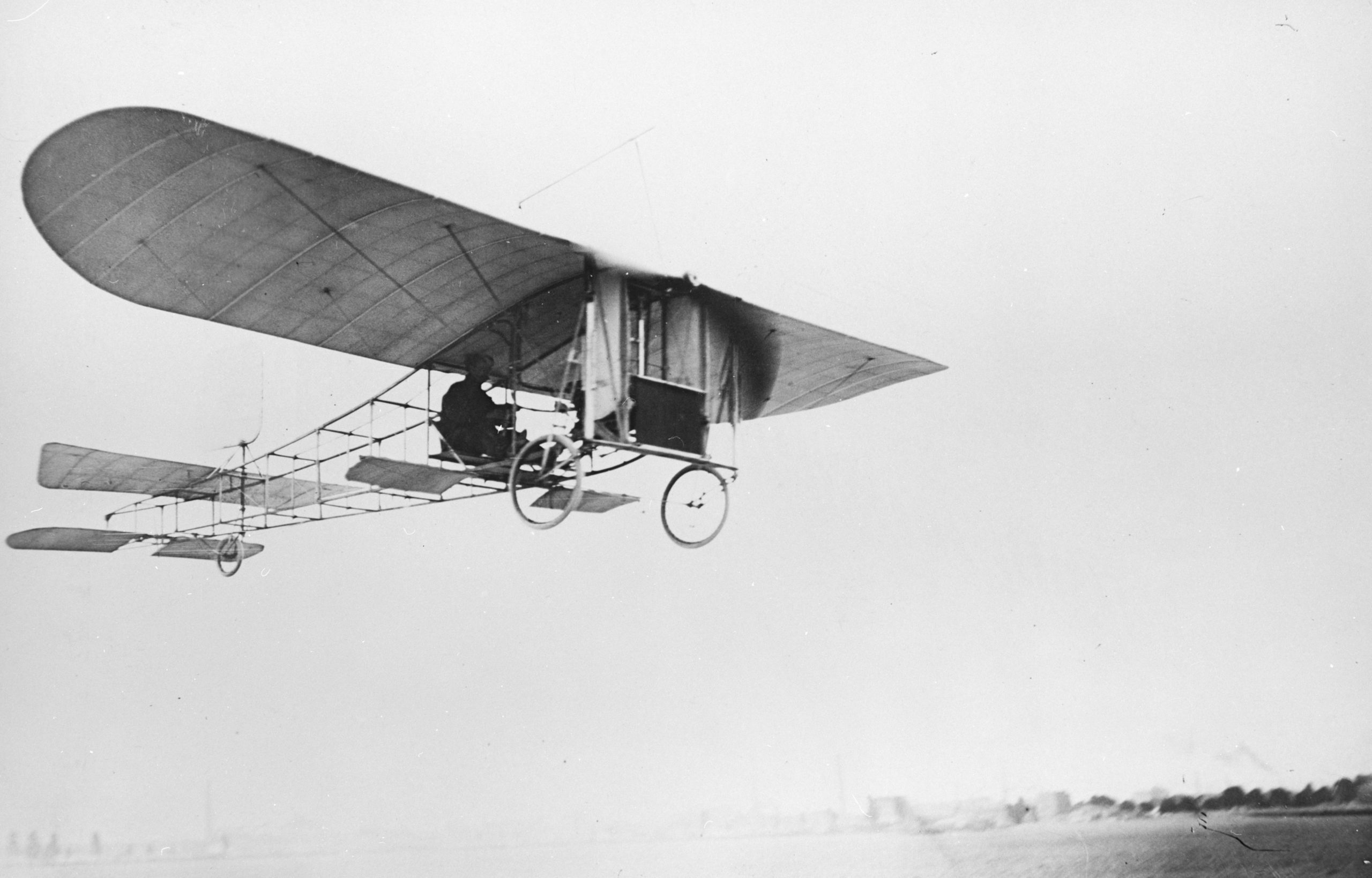 While the Wright Brothers practiced flying and spent time on the ground perfecting their flying machines, several leading French aviation pioneers set about developing their own “type de Wright” gliders at a wide-open field located several miles from Notre Dame Cathedral in Paris. Issy-les-Moulineaux had been used previously by the French Army for military exercises; now it became the European “cradle-of-aviation.” Today it is a heliport. It was Paul E. Williams, a Black man, who pioneered the invention of the helicopter as we know it—find out about 13 other Black inventors who made your life easier. 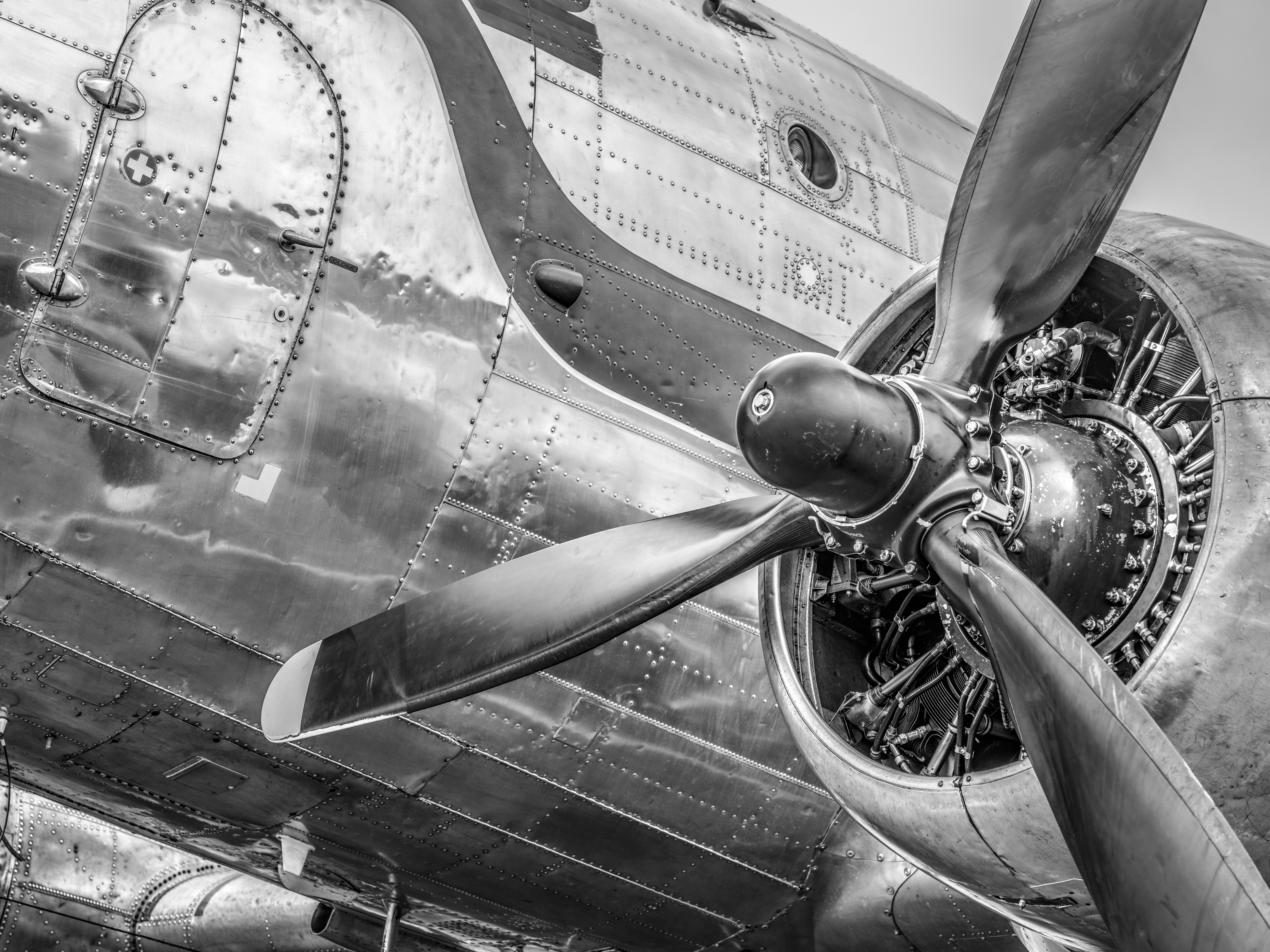 Established in 1909 as the military demonstration site for the Wright Brothers, College Park Airport, in College Park, Maryland, is the world’s oldest continually operating airport and is home to many aviation “firsts,” including the first mile-high flight. According to The College Park Aviation Museum, the airport was first used by Wilbur Wright to train two U.S. military officers to fly the government’s first airplane. Flash forward to today: Here are the things you should never say to a flight attendant. 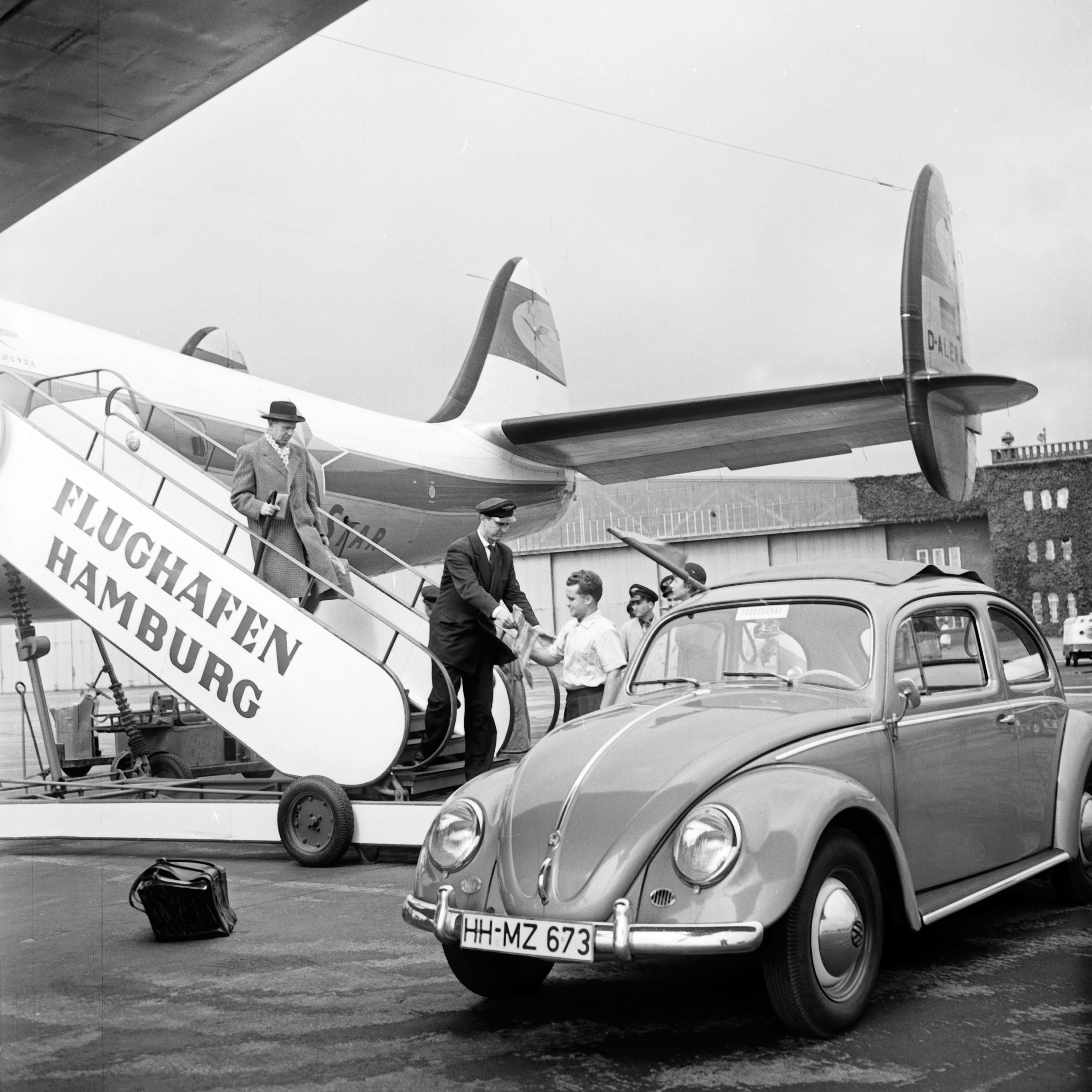 Hamburg Airport was established in January 1911, following Count Ferdinand von Zeppelin’s appeal about the importance of the future of flying machines to a large gathering of Hamburg residents. Hamburg Airport is not only one of the oldest commercial airports in the world, but also the oldest airport in Germany. Where sheep once grazed, today there stands two modern terminals that serve an average of 35,500 passengers daily. During World War I, Hamburg Airport was requisitioned for exclusive military use. Germany’s defeat led to the destruction of its hangars, but the airport’s recovery began in 1919.

Founded in 1910, Brighton City Airport, formerly known as Shoreham Airport, is the oldest licensed commercial airfield in the United Kingdom. The town is located along the shoreline of South East England and the airport was founded by Harold Piffard, an artist and acrobat who picked up aviation as a hobby. In 1911, Shoreham Airfield, as it was then known, was the departure point for the world’s first recorded cargo flight, when Horatio Barber safely flew a box of Osram light bulbs to Hove, a mere two miles away. In 1913, Cecil and Eric Pashley opened a flight school at Shoreham, which became a training center for many pilots who flew for the Royal Flying Corps during World War I. Ever wonder what airport body scanners actually see? 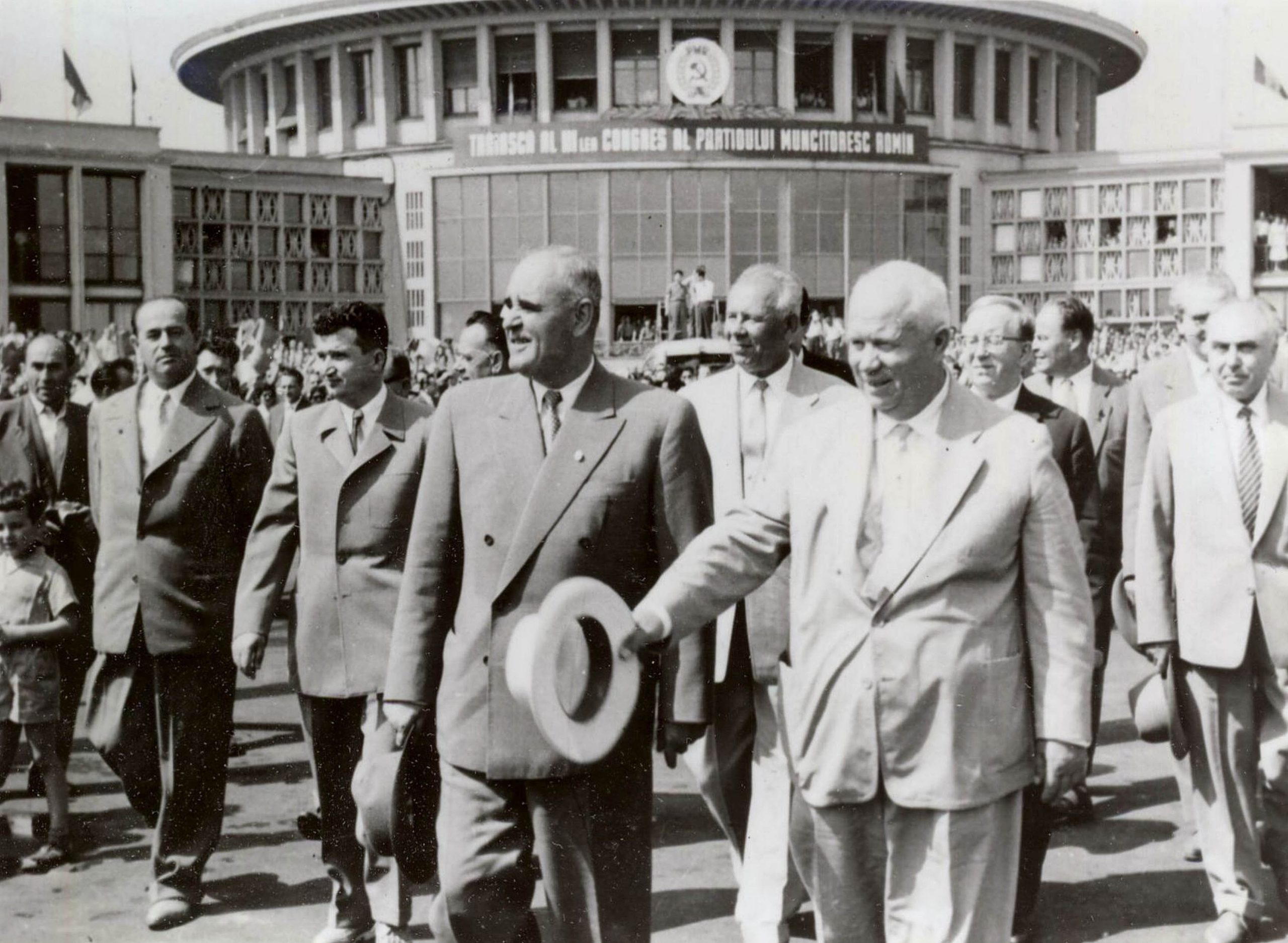 Commonly known as Băneasa Airport, this Romanian hub operating in the Băneasa district of Bucharest, began as a private airfield for French aviation pioneer Louis Blériot, becoming what is now the oldest airport in Eastern Europe. In 1912, Băneasa Airport became home to the first Romanian flight school. In 1920, it saw the founding of the Romanian Company of Air Navigation, the first transport company in the world meant to serve passengers as well as deliver mail and goods. Two years later, it became home to the first transcontinental airline with flights to Paris, Strasburg, Prague, Vienna, and Băneasa (now Bucharest). Famous for its metaphorical architecture (It was designed to resemble an airplane propeller with three blades from a bird’s eye vantage point), Băneasa Airport was the only international airport in Romania until 1970. In its heyday, it was not unusual to see world leaders passing through; pictured here in 1959 are (front row, left) Gheorghe Gheorghiu-Dej, Romanian communist leader; Nikita Khrushchev, Soviet leader (front row, right), and Gheorghiu-Dej’s successor, Nicolae Ceausescu, who was also Romania’s last communist leader (second row, to Gheorghiu-Dej’s left). 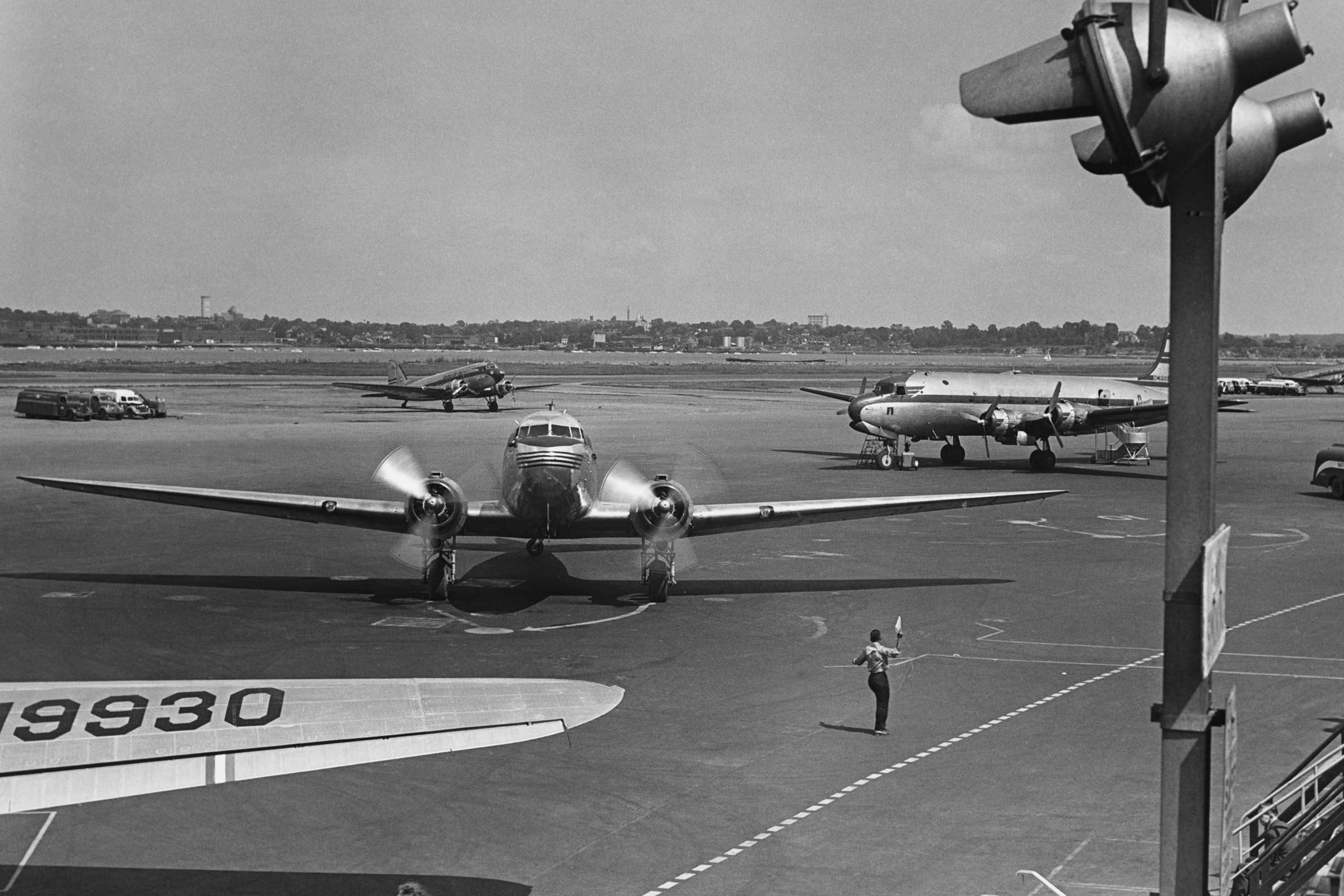 Although it wasn’t completed until 1913, construction at Germany’s Bremen Airport commenced in 1909. Like Hamburg Airport, Bremen was requisitioned exclusively for German military use during World War I, before returning to commercial use in 1920. During World War II, its facilities, including its then state-of-the-art terminal that had been built in 1937, were destroyed. It was rebuilt and today, its current claim to fame, apart from the sleek architecture of the terminal pictured, is that it is home to Ryanair, the Irish budget airline founded in the 1980s. These 8 abandoned airports will definitely give you chills 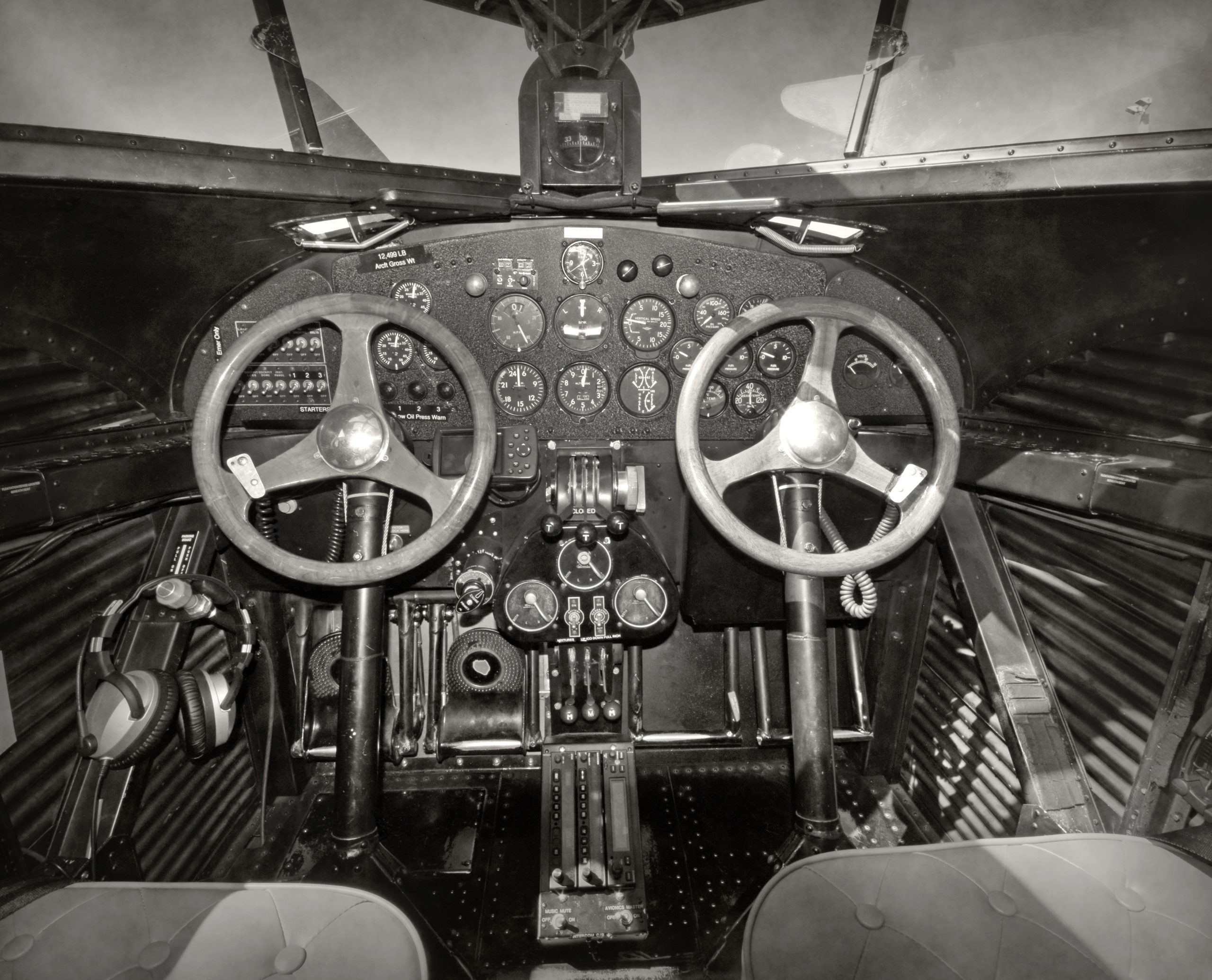 Don Mueang International Airport in Bangkok, Thailand isn’t the first airport established in Thailand; that honor goes to Sa Patha, which has since been turned into a horse racetrack. Don Mueang officially opened on March 27, 1914, although it had been in use as a military airfield earlier. Tiny as it is, with only domestic flights these days, it is considered the oldest operating airport in Asia. 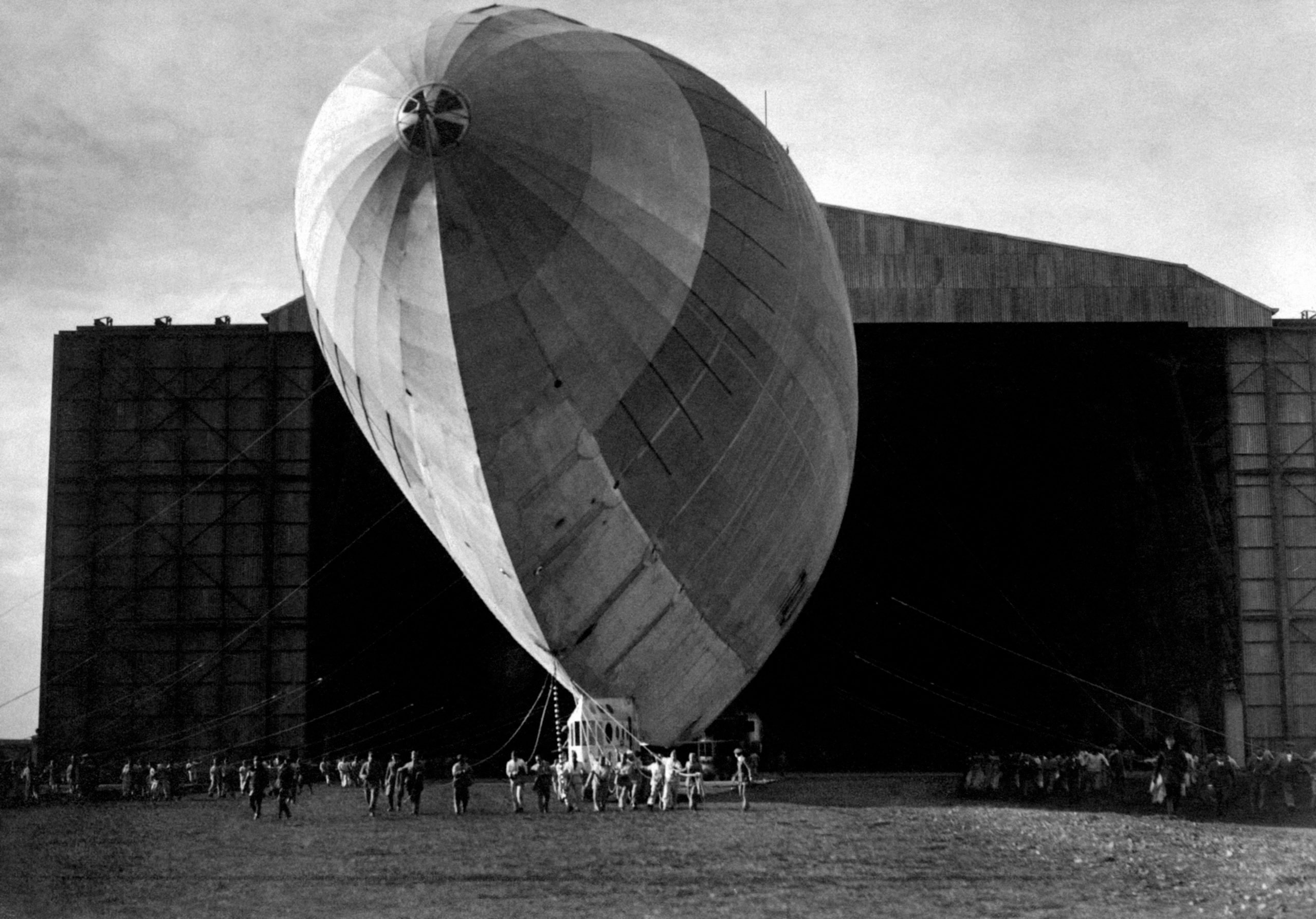 Rome’s Ciampino Airport was established in 1916 and served as Rome’s primary airport until 1961, when Leonardo da Vinci Airport opened, at which point Ciampino was relegated to handling charter and executive flights almost exclusively. That’s been changing since the turn of the millennium, with low-cost carriers boosting Ciampino Airport’s business to the point where some say it is beyond capacity, and another airport may soon be needed. Find out 14 famous women in flight. 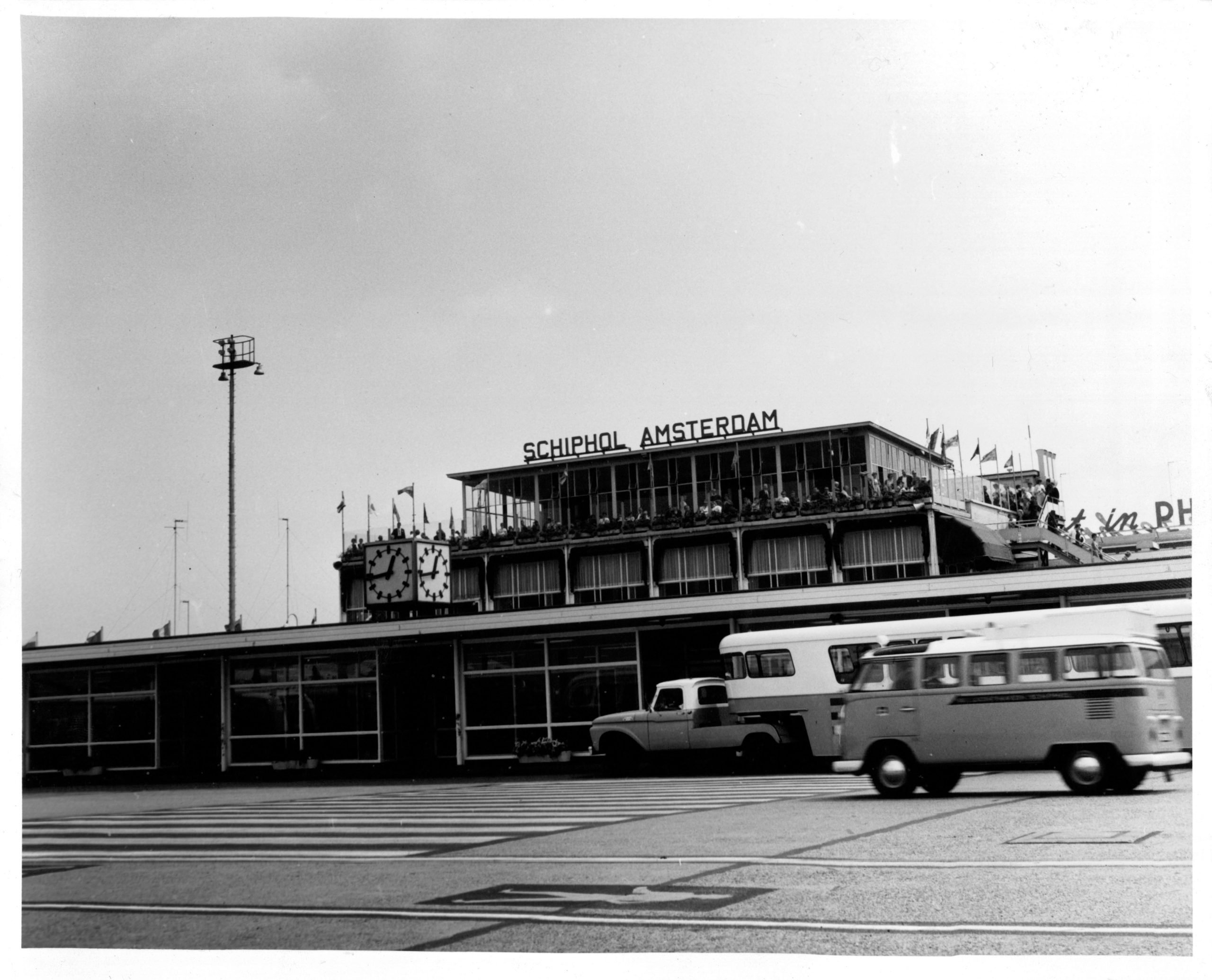 Founded in 1916 as a military airport, Amsterdam’s Schiphol Airport was first used for civilian flight in 1920, which flew to London. Initially, the airport had problems with flooding, and arriving flights routinely found themselves stuck in the mud on the runway. Improvements were made, in part because The Netherlands hosted the 1928 Olympic Games in Amsterdam; that year, its first passenger building opened, ushering in the architecture of airplane departure halls as we know them today. Like Bremen Airport, Schiphol was destroyed in World War II and later restored. It has expanded considerably over the years. Here are the world’s scariest airports when it comes to taking off and landing. 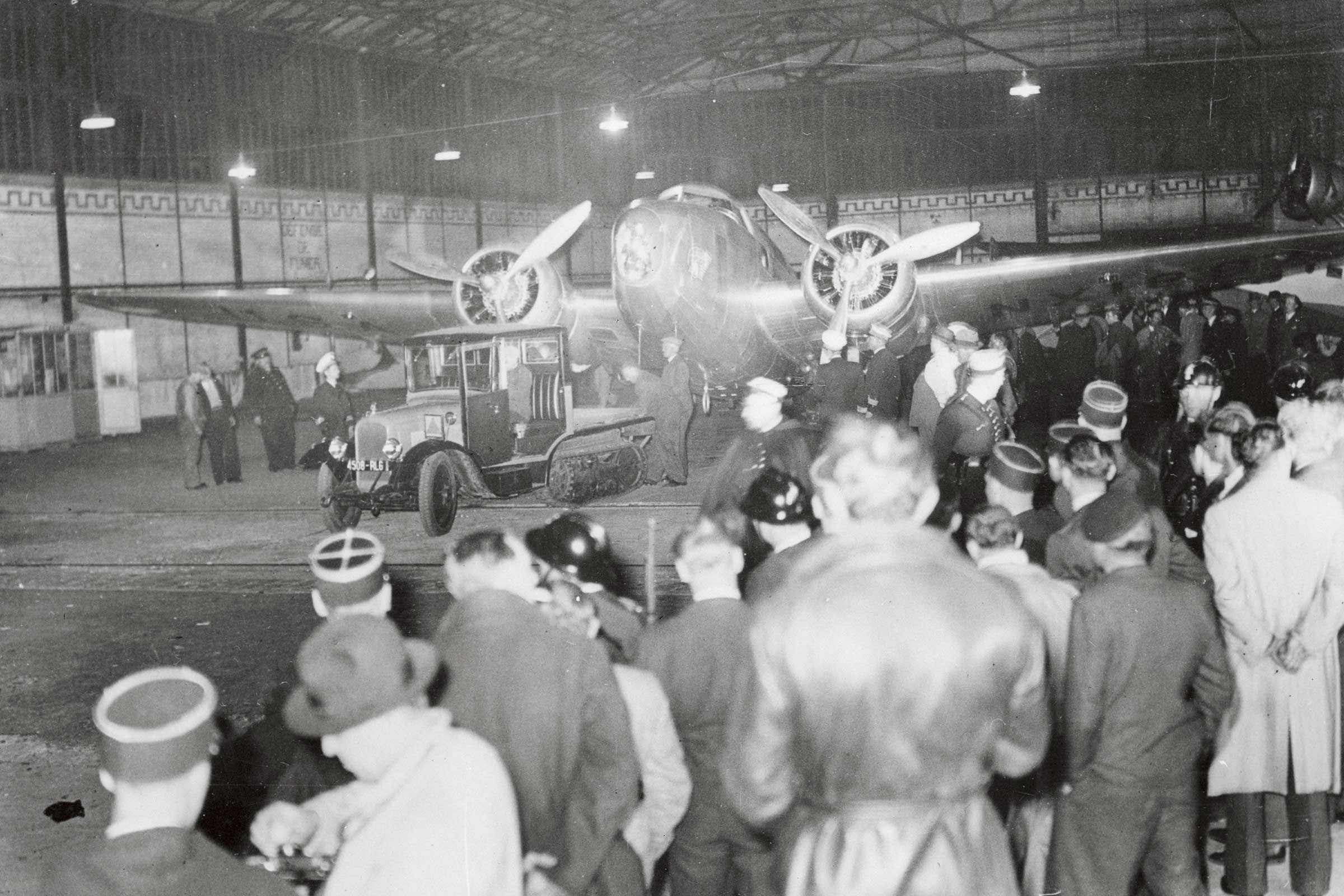 Paris’s Le-Bourget Airport, established in 1919, is probably most famous as the landing spot of Charles Lindbergh after his famed first nonstop transatlantic flight in the Spirit of Saint Louis. Le-Bourget was Paris’ only commercial airport until 1932 when Orly Airport opened. Since then, Le-Bourget has been used increasingly less frequently, although Howard Hughes landed his private plane here for a quick stop before proceeding on to Moscow in 1938 (shown). By 1977, the airport was closed to international traffic. Today, it is used mainly used for private excursions and business travel. There are only five countries in the world without airports. Can you guess which they are? 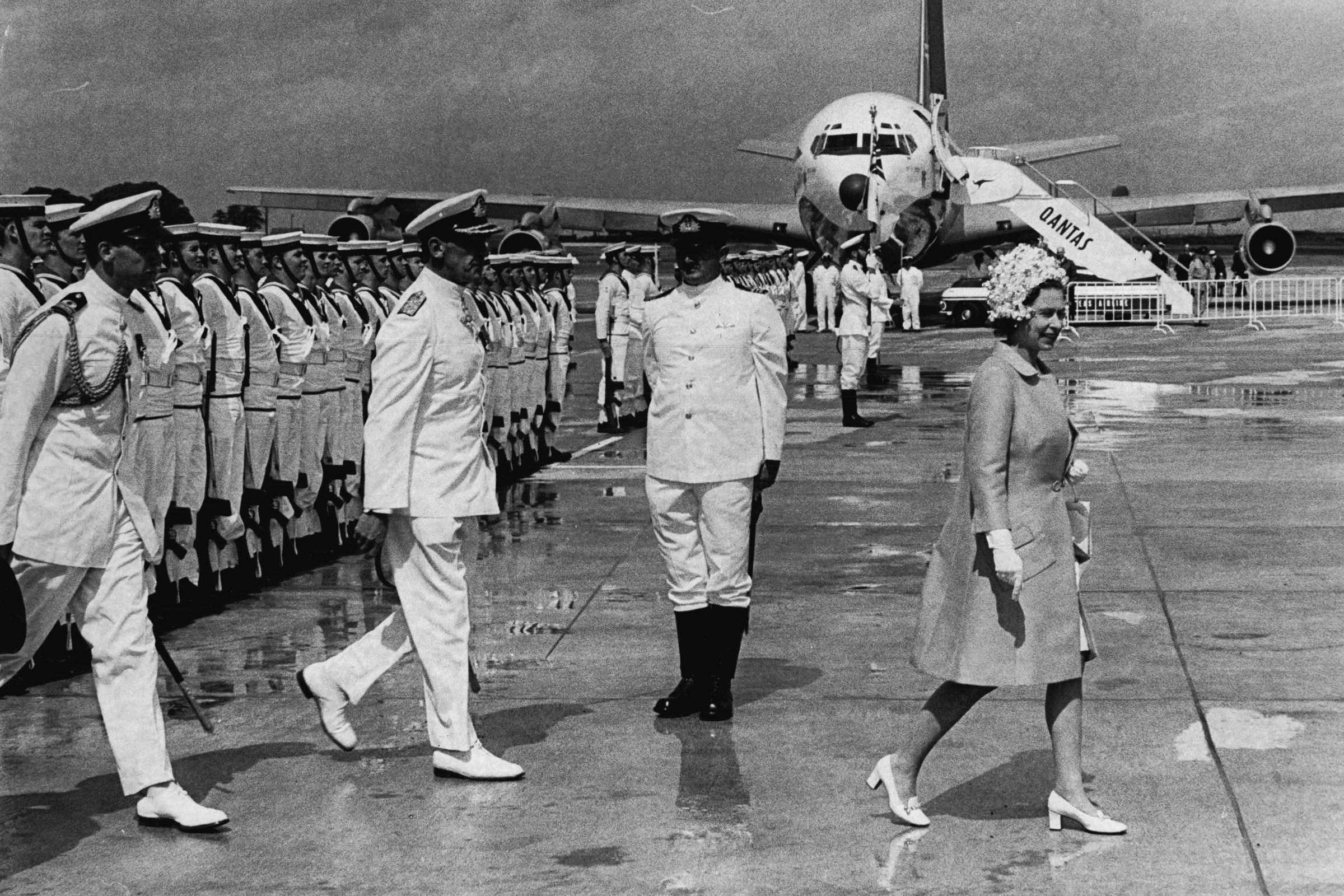 Founded in 1920, Sydney Airport, which is now officially known as Sydney Kingsford Smith International Airport (after a famous Australian pilot), became an important hub in New South Wales, expanding several times throughout the 20th century. Queen Elizabeth II landed here with her husband, Prince Philip, when they arrived for a visit in 1954 for a major visit to all the capital cities of Australia. She’s pictured here as she arrives in 1970 for another Australian tour with her husband. Sydney Airport continues to be a major international airport, with many expansions planned for the next 20 years.