12 Photos of Prince William Acting Like a Future King

Prince William has always been destined to be king, but who knew he was such a natural? 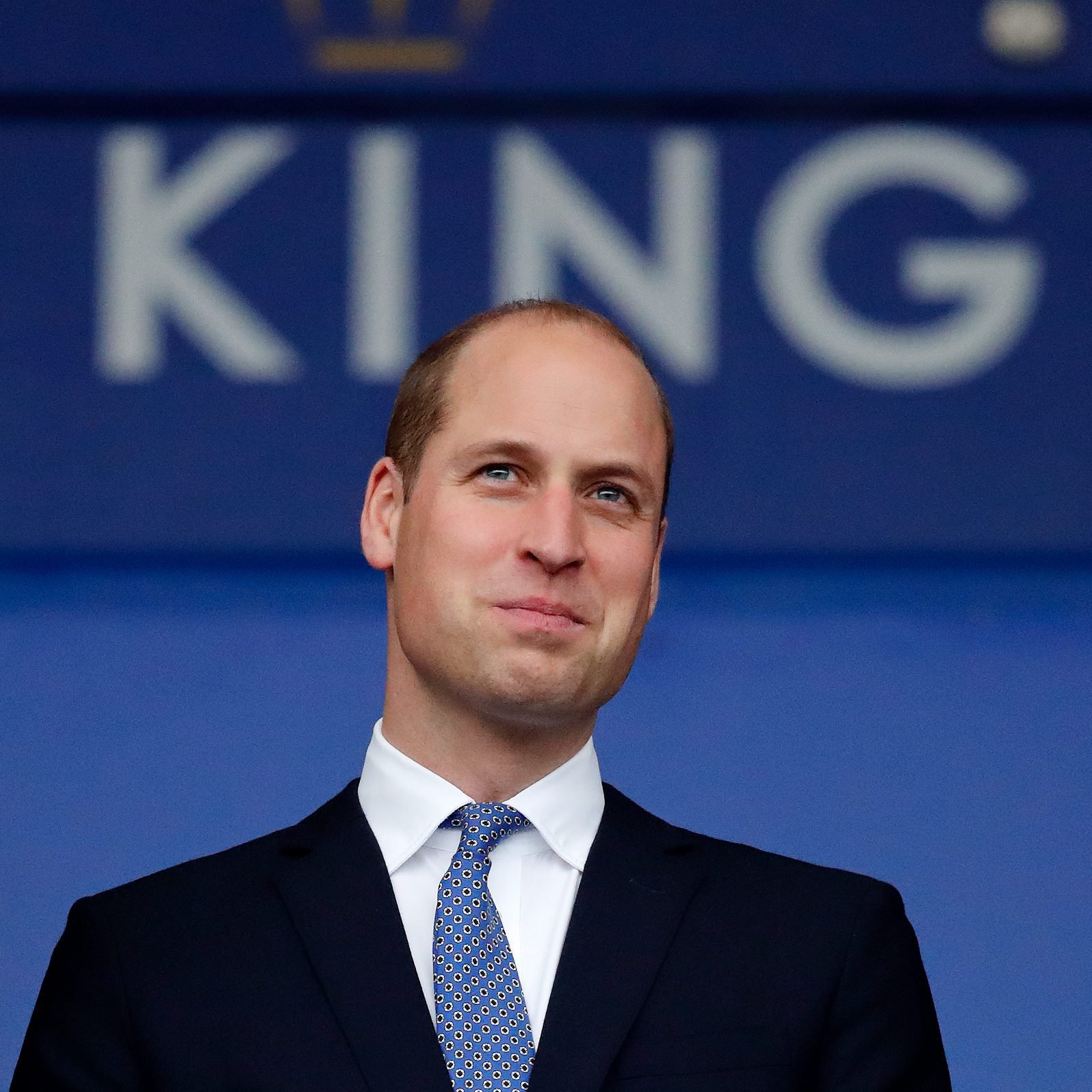 Preparing for the role of a lifetime

On the occasion of her 21st birthday, Her Majesty Queen Elizabeth II, who was still Her Royal Highness Princess Elizabeth of York at the time, made a speech broadcast via radio in which she acknowledged her future as the sovereign of the United Kingdom. “I declare before you all that my whole life, whether it be long or short, shall be devoted to your service,” she said. While this may have provided a feeling of comfort and security to a nation that had, only a decade earlier, lost its monarch to an unprecedented abdication (here’s the whole scandalous story), it couldn’t have been all that surprising to her future subjects. After all, whoever takes the throne takes on an enormous job that includes:

The Queen is now near the end of her reign, and she’ll probably never “give up” the throne. She’s been in charge for so long that by the time His Royal Highness Prince Charles becomes king, it won’t be too far into the future that his son, His Royal Highness Prince William, Duke of Cambridge, succeeds him. While Prince William has been preparing his whole life for that eventuality, in recent years we’ve seen a significant step-up in what appears to be his king-in-training regimen. Here are a few notable times we’ve seen him flexing his “monarch muscles.” You’ll also want to read this body language expert’s take on 13 iconic photos of Prince William and Kate Middleton. 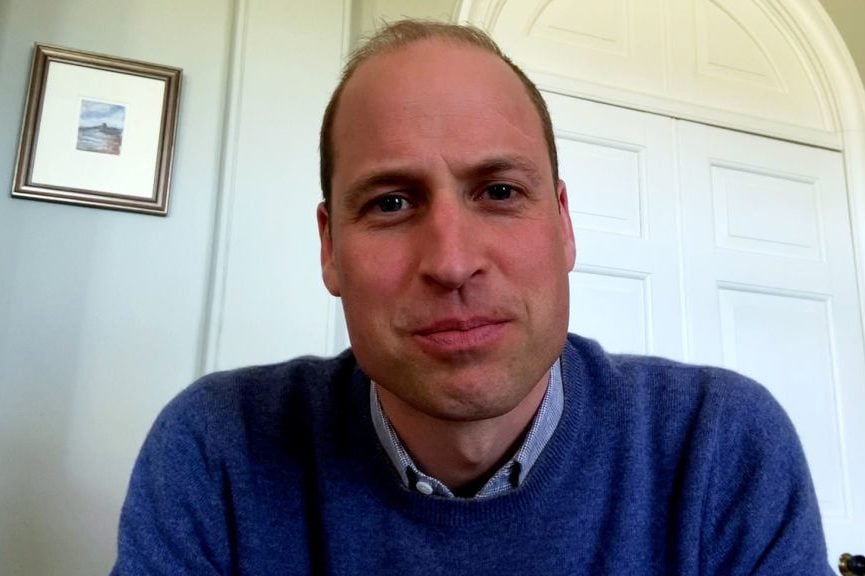 Taking center stage while the Queen isolates at Windsor

Since the coronavirus pandemic has sent Her Majesty into self-isolation at Windsor Castle, it’s been necessary for someone to take over her responsibilities. However, Prince Charles tested positive for COVID-19 early on, so Prince William had to step up. Even though Prince Charles has made a full recovery, Prince William’s calendar has remained busier than usual—filled with appearances as Her Majesty’s representative. Here, for example, he makes an important public appearance (by video conference because of the pandemic) during the BBC’s Children in Need and Comic Relief fundraising event on April 23. Showing support of those on the front lines fighting COVID-19 is precisely the sort of thing one would expect from a monarch, or a monarch-to-be, as it was in this case.

By the way, this is why Prince William will never be king before Prince Charles. 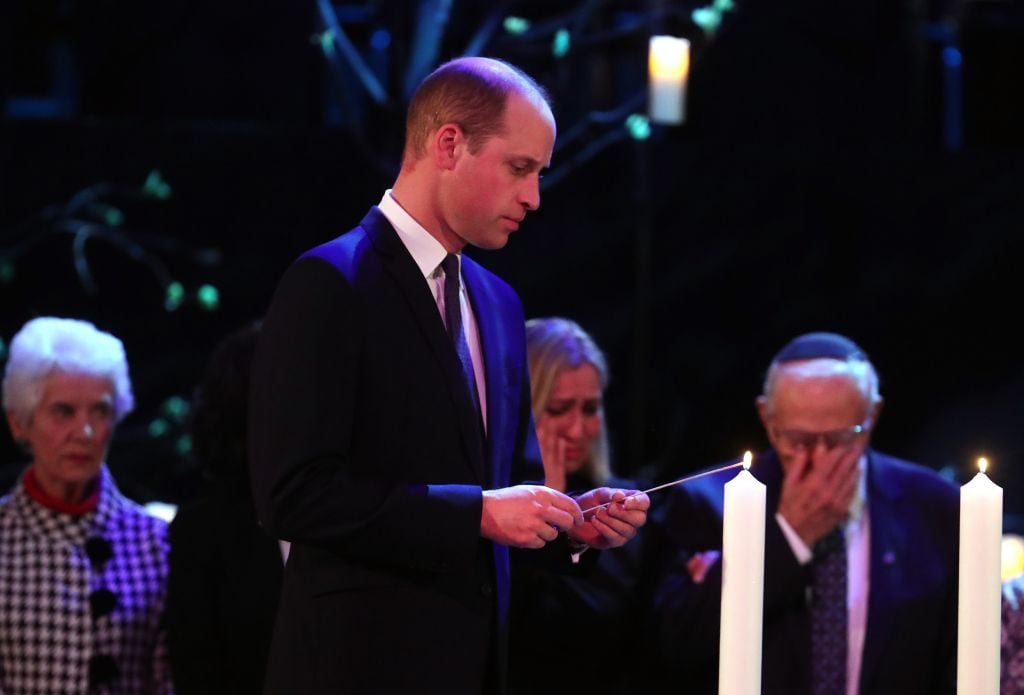 On March 18, Prince William became the first member of the royal family to deliver public remarks regarding the COVID-19 pandemic. By then, the Duke of Cambridge already had a lot of practice speaking publicly on behalf of the royal family. On January 27, for example, he addressed the public as Her Majesty’s representative during the U.K. Holocaust Memorial Day Commemorative Ceremony at Methodist Central Hall in London. Here are another 15 things you probably never knew about Prince William. 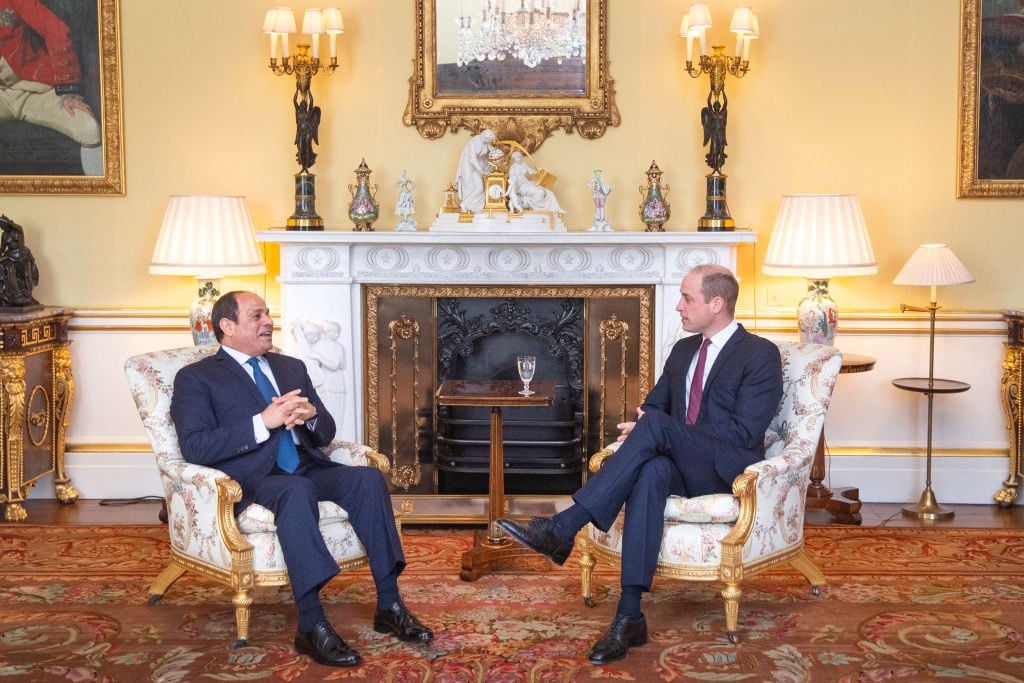 “Audiences are a key element of The Queen’s day-to-day work, and enable her to give time and focus to key individuals,” according to the royal family’s official website. For example, the British Prime Minister has had a weekly audience with Her Majesty throughout Queen Elizabeth II’s reign. Other audiences are for members of the diplomatic community, heads of state of other nations, religious leaders, and those who have distinguished themselves by winning prestigious cultural prizes. In this photo, the 37-year-old prince could easily pass for a king as he meets with the President of Egypt, Abdel Fattah el-Sisi, at Buckingham Palace on January 21. 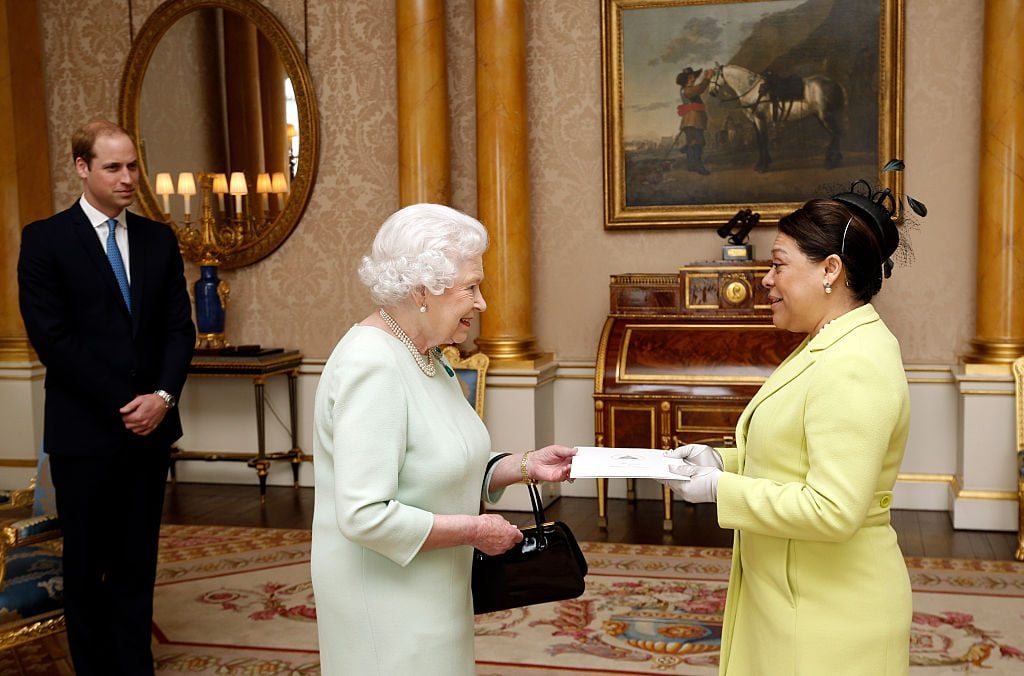 Among the most formal of audiences, the British sovereign can receive are members of the diplomatic corps. These audiences have hardly changed at all since Victorian times; the Queen still sends for her diplomatic audiences in a “State landau” (a ceremonial horse-drawn carriage), led by another carriage in which the Marshal of Diplomatic Corps travels. Lately, the Queen has been including her grandson in select audiences, as a way of training him for the day when he becomes king. The first time she did so is pictured here. On March 18, 2015, Queen Elizabeth invited Prince William to accompany her as she received the Ambassador of the Republic of Nicaragua, Her Excellency Ms. Guisell Morales-Echaverry.

Here are 9 things the British sovereign actually has the power to do. 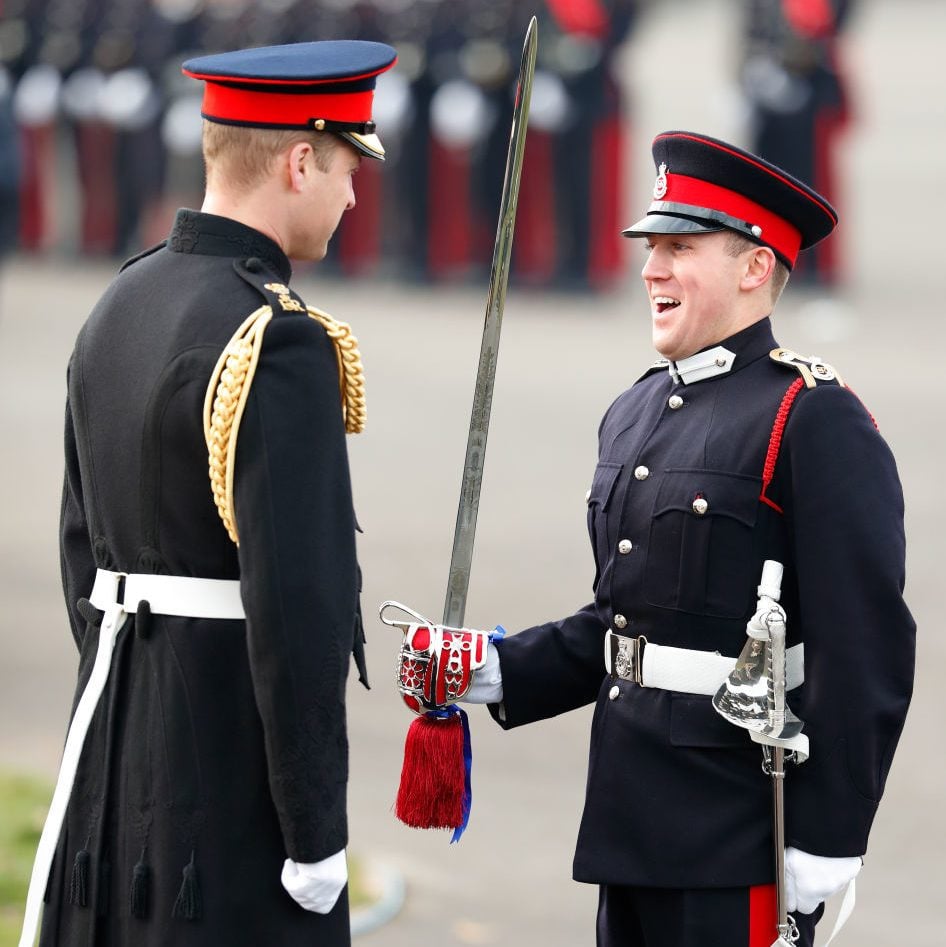 Representing the Queen at the Sovereign’s Parade

Here, Prince William presents the Sword of Honour to Senior Under Officer Archibald Hamilton on behalf of the Queen during the Sovereign’s Parade at the Royal Military Academy Sandhurst on December 14, 2018. “Thank you for inviting me here today—it is a great honor to stand here representing Her Majesty The Queen for the Sovereign’s Parade,” William’s speech began. Check out these 10 unusual royal traditions you’ve never heard of. 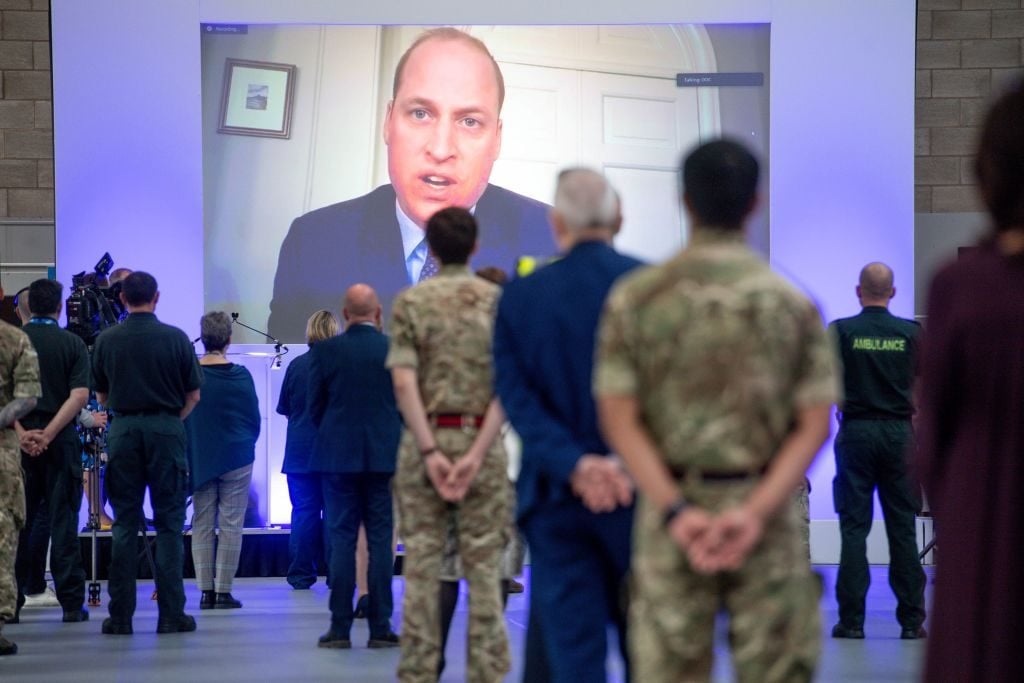 Helming the opening of a hospital

Hospital openings frequently appear on Her Majesty’s events calendar, so it’s only natural that the Queen would have Prince William represent her on occasion. To some extent, this supports William’s development of his “kingly” presence. But in this case, at the opening of NHS Nightingale Hospital, William took over for his grandmother via video link on April 16. 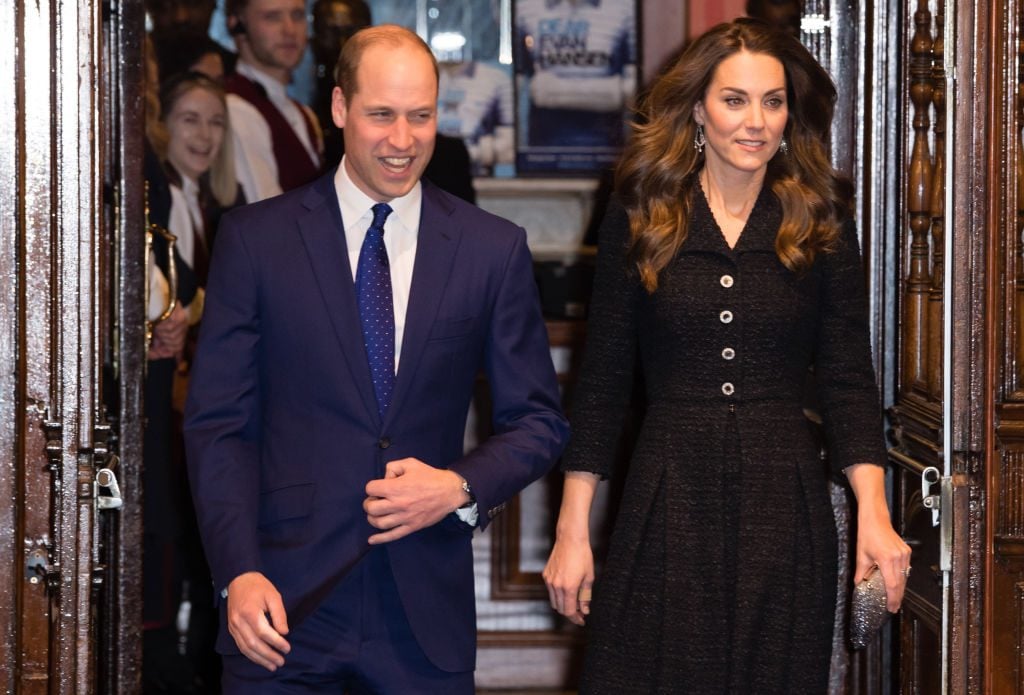 According to the royal family’s official website, the Queen sees public and voluntary service as one of the most important parts of her job and has links, whether as a royal patron or president, with more than 600 international and local charities, military associations, professional groups, and public service organizations. Prince William both represents the Queen and does his own public service work. Here, he and his wife, Her Royal Highness The Duchess of Cambridge (aka Kate Middleton), make a royal entrance at a February charity performance of Dear Evan Hansen in London to benefit the Royal Foundation at the Noël Coward Theatre. Did you know that William and Kate break this royal rule all the time? 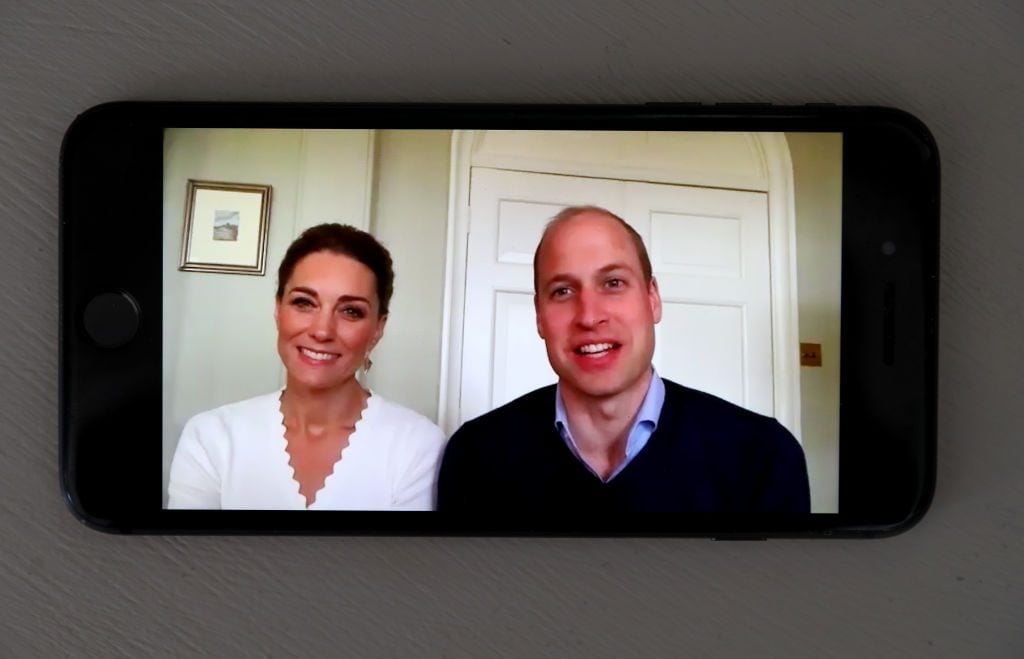 To mark Volunteer’s Week, the Duke and Duchess of Cambridge participated in a video call in which they reached out to volunteers across the United Kingdom to thank them for their volunteerism. As a fun surprise, William revealed that he has been secretly volunteering as a trained counselor for the mental health crisis hotline Shout. One can’t help but be reminded of the generous hands-on work the Queen did while still a princess to support her nation during World War II—as an auto mechanic. And then one can’t help but wonder: How do they do it? After all, being a royal is an incredibly demanding job. 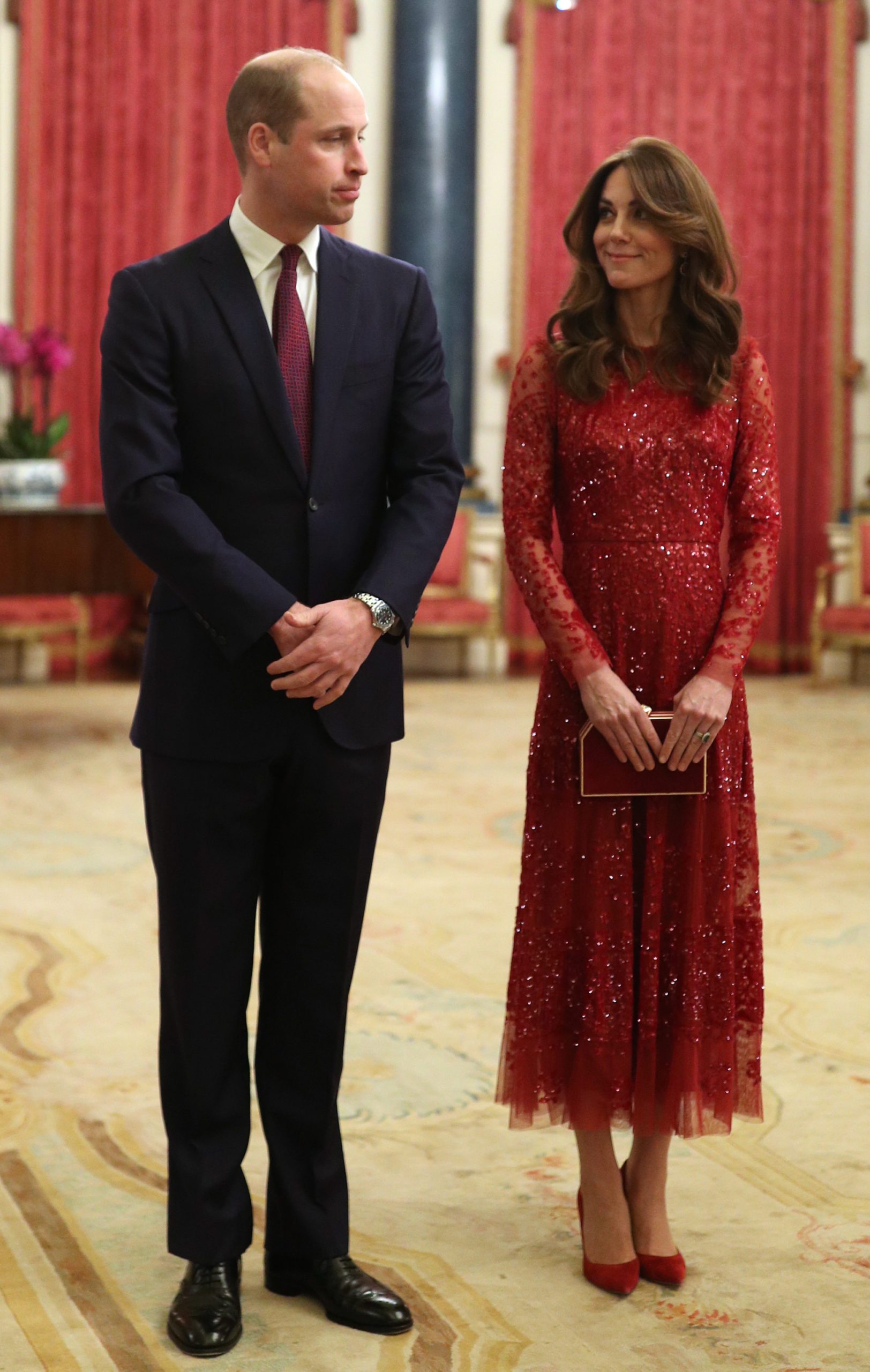 In January, the Duke and Duchess of Cambridge hosted a reception on behalf of the Queen at Buckingham Palace to mark the United Kingdom-Africa Investment Summit. The summit, and the reception, drew heads of state as well as senior representatives of African countries and the high-profile United Kingdom and African businesses to demonstrate the strength of the relationship between the United Kingdom and Africa, according to Kensington Royal’s Instagram account. Not pictured, but very much a part of this important event was Princess Anne and the Earl and Countess of Wessex (Prince Charles’ youngest brother, Prince Edward, and his wife, Sophie Rhys-Jones). 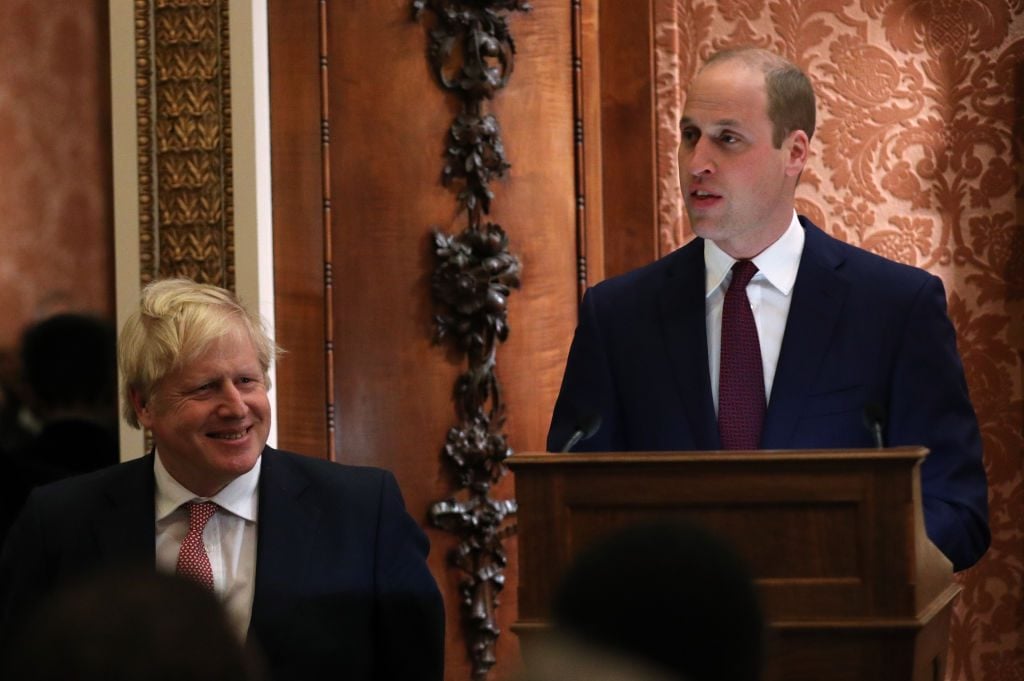 Developing a relationship with the prime minister

As mentioned above, the Queen makes an effort to cultivate a special relationship with each of her prime ministers. It’s no different from Prime Minister Boris Johnson, but in this case, Prince William is cultivating the relationship. Here, the Prime Minister is seated beside William as the latter addresses the room during the United Kingdom-Africa Investment Summit. What else should you know about the monarchy? Start with these 50 things you didn’t know about the British royal family. 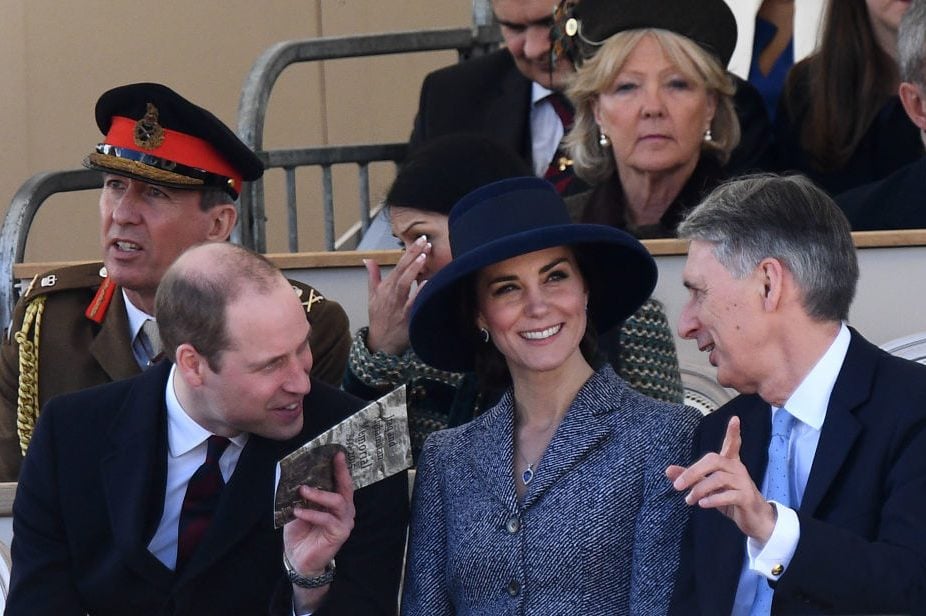 Getting to know the Exchequer

It is a tradition that before the official budget is presented, the Chancellor of the Exchequer has an audience with the Queen. Here, we see William and Kate getting to know Philip Hammond, the current Chancellor of the Exchequer, during a Service of Commemoration and Drumhead Service on Horse Guards Parade in London on March 9, 2017. Queen Elizabeth was actually also at this particular event. After the Drumhead Service, she unveiled the Iraq and Afghanistan memorial. 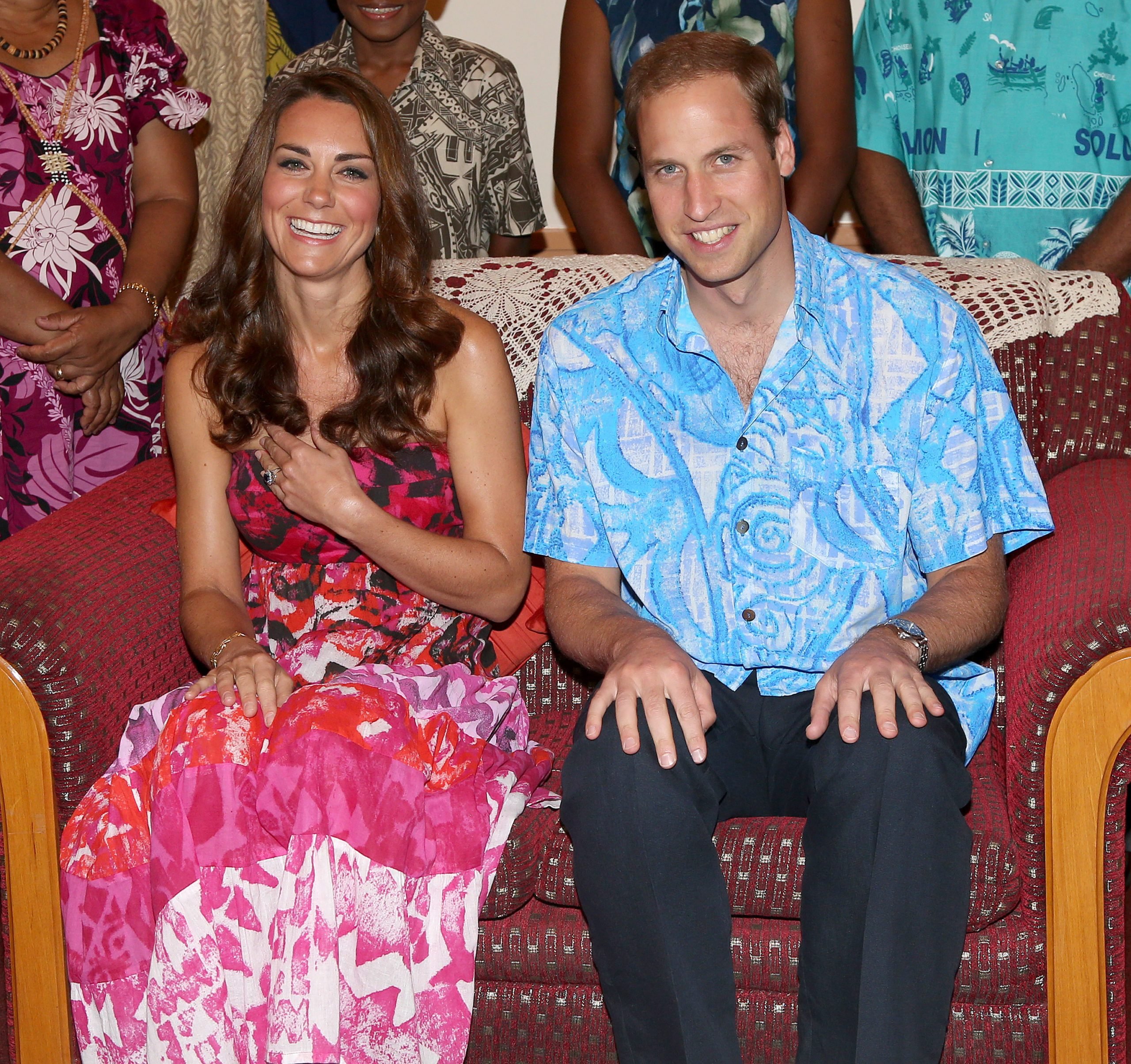 On a lighter note, another way that Prince William is training for his future as the king of England is by paying visits to other nations—and wearing the traditional clothing of those nations while doing so. Here, in a photo from 2012, he and Kate pose wearing traditional island clothing as they represent the Queen during a visit to Guadalcanal Island in the South Pacific.

Next, check out these 13 photos of the royal family’s funniest moments.