10 New Baby Names About to Blow Up This Fall

Start practicing your pronunciation—these boy and girl names are all set for takeoff, according to the U.S. Social Security Administration, which tracks the rise and fall of names in America. 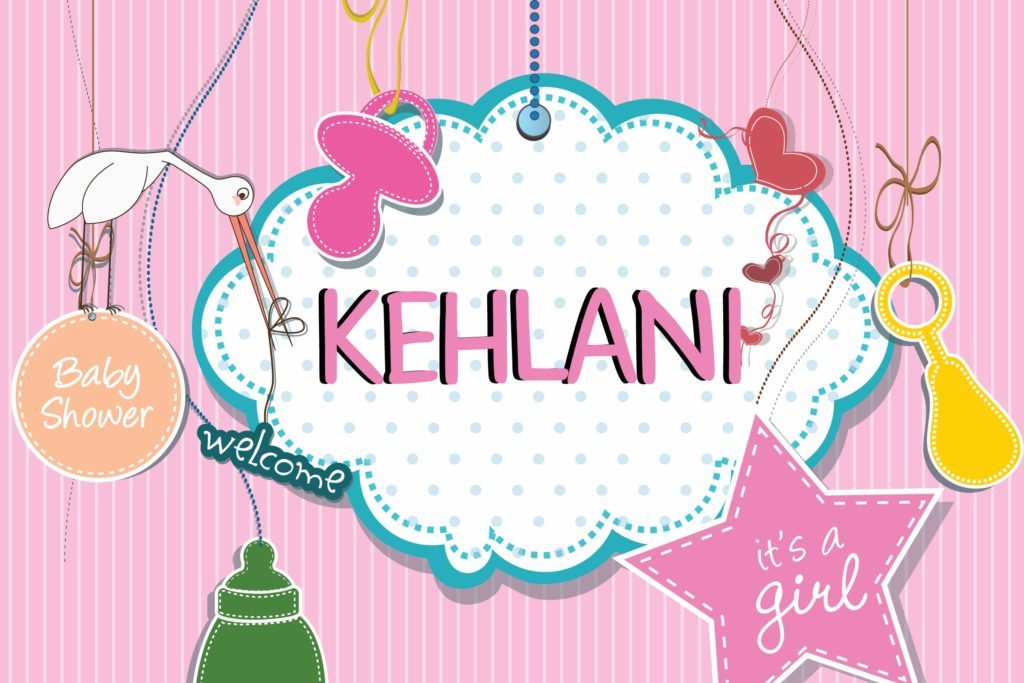 There are many offbeat new baby names we love. The fastest growing moniker for girls is also the name of an up-and-coming R&B singer. Last year this gently lilting name rose a whopping 2,487 places to #872, cracking the U.S. Social Security Administration’s top 1,000 names for girls, and its sister spellings, Kaylani and Kailani, are also increasingly more common. Why? Along with the pop music connection, the name is part of the K trend associated with the Kardashians but is so much fresher than Kylie or Khloe, and it’s even more closely related to the long-running Kayla and Kaylee. We don’t need a crystal, or, err, krystal ball to see this one continuing to grow. 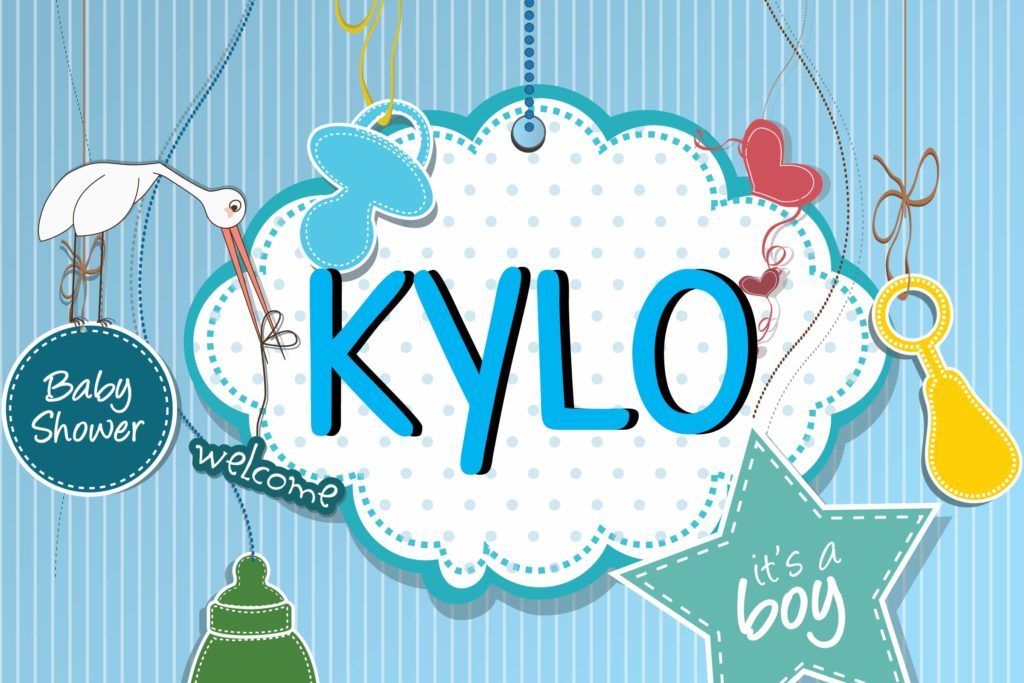 For boys, the most quickly rising name also starts with a K and has a strong pop culture connection. When Star Wars: The Force Awakens came out in 2015, introducing us to Princess Leia and Hans Solo’s son Kylo, this all-but unknown name exploded onto the charts, accelerating from #3269 to #901 and into the top 1,000 names for boys. Kylo also ends in the stylish O sound, rhyming with Milo (Liv Tyler and Alyssa Milano’s pick), as well as Leo, Leonardo, Arlo, Mateo, and Benicio (see below). 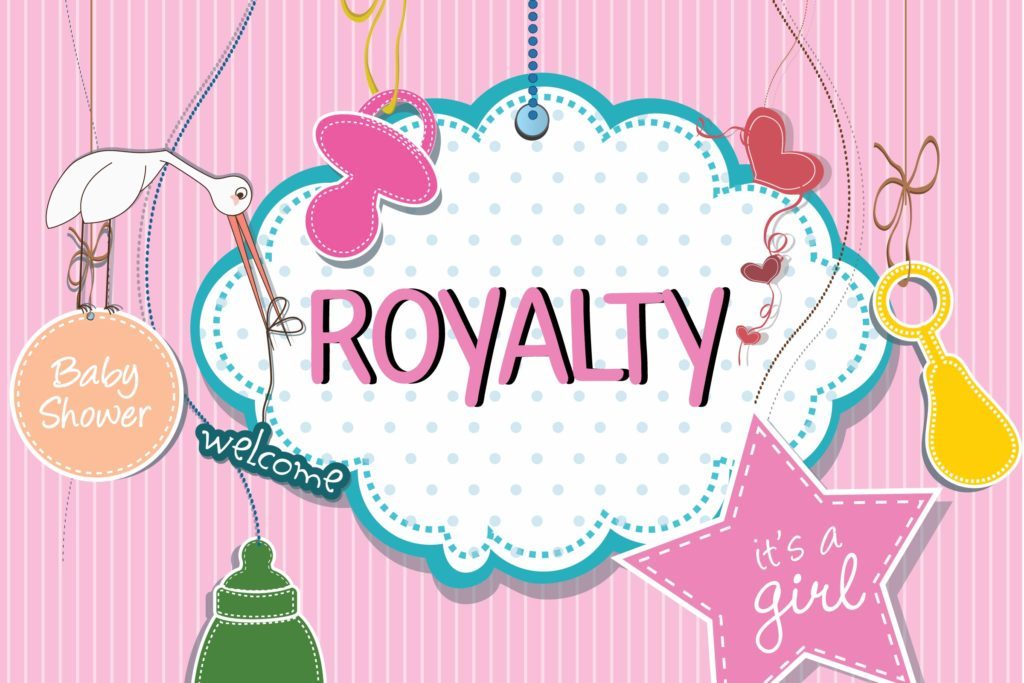 Number two for girls is one of the many with regal connections on this list (we’re talking Princess, Reina, Regina, Reign, and Royal), but Royalty is catching on the fastest, zooming up more than 500 places one year. Maybe because this form is a common noun ending in “ty” like Serenity, Destiny, or Trinity. Maybe because Princess Princess sounds more like a girl group than a monarch in waiting. But if you actually want to name like a royal, look across the Atlantic: So far William and Kate have picked tried-and-true classics like George and Charlotte. Do you love the British royal babies as much as we do? 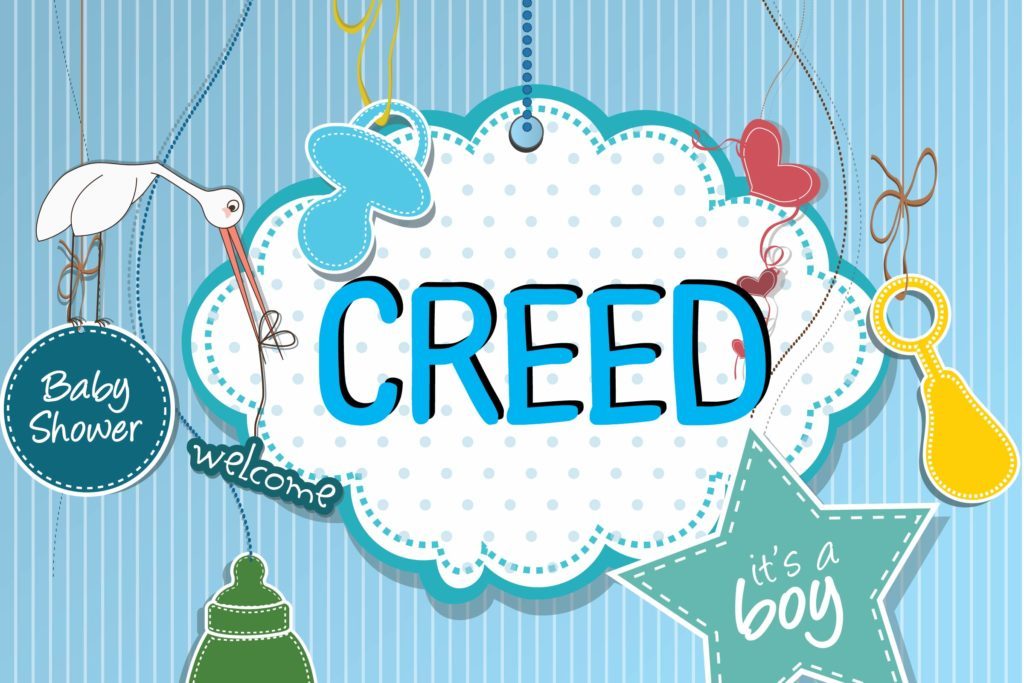 This name has so many pop culture associations that it’s hard to keep them all straight! There’s Creed, the seventh Rocky movie, which came out in 2016 , the character Creed Bratton on the long-running, much beloved hit TV show The Office, the video game Assassin’s Creed, and Creed the rock band. But as it turns out, this name is not a new kid on the block; it was a top 1,000 name back in the 1880s. The word Creed also has a powerful meaning, “belief or doctrine,” which could be a great new sound-alike with religious connotations for perennial favorite Christopher and the closely related Christian. 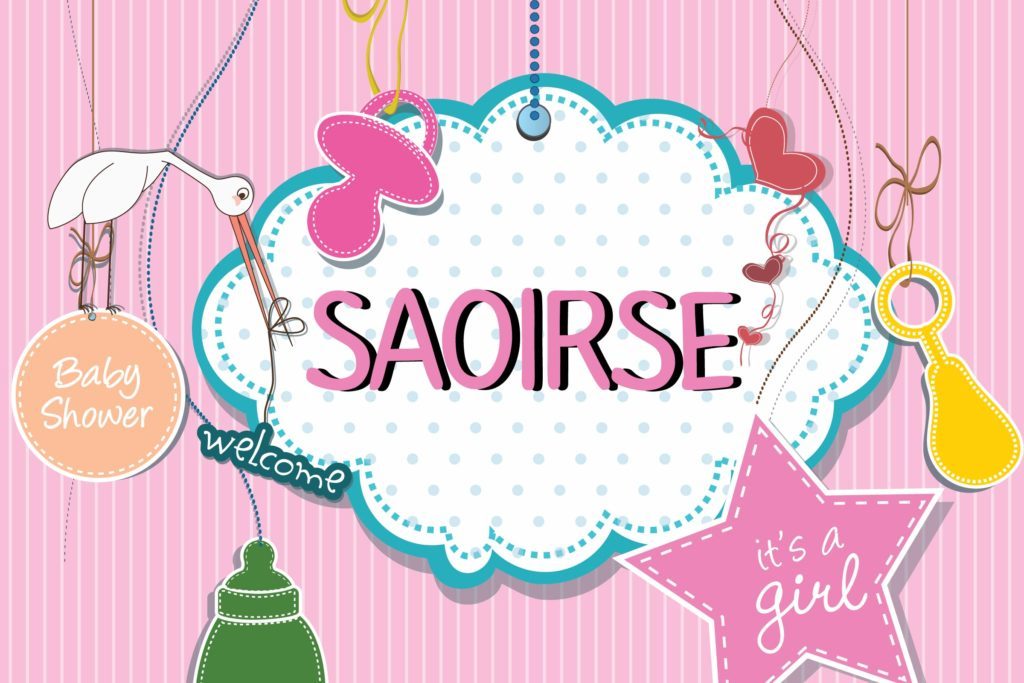 A Gaelic charmer that’s easy to trace back to the source: the ultra-talented (and adorable) Irish actress Saoirse Ronin, who got her first Oscar nomination for Atonement in 2007 and hasn’t slowed down since. Another plus is the Irish derivation: Names from the Emerald Isle have been fashionable for at least 25 years and show no signs of falling out of favor (think Riley, Nora, and Kennedy). So why did it take Saoirse so long break into the most popular 1,000? Possibly the fact that the name is so difficult to spell or say. (For the record, it’s pronounced SIR-shuh.) But we think it’s worth the struggle, and so, apparently, do others. 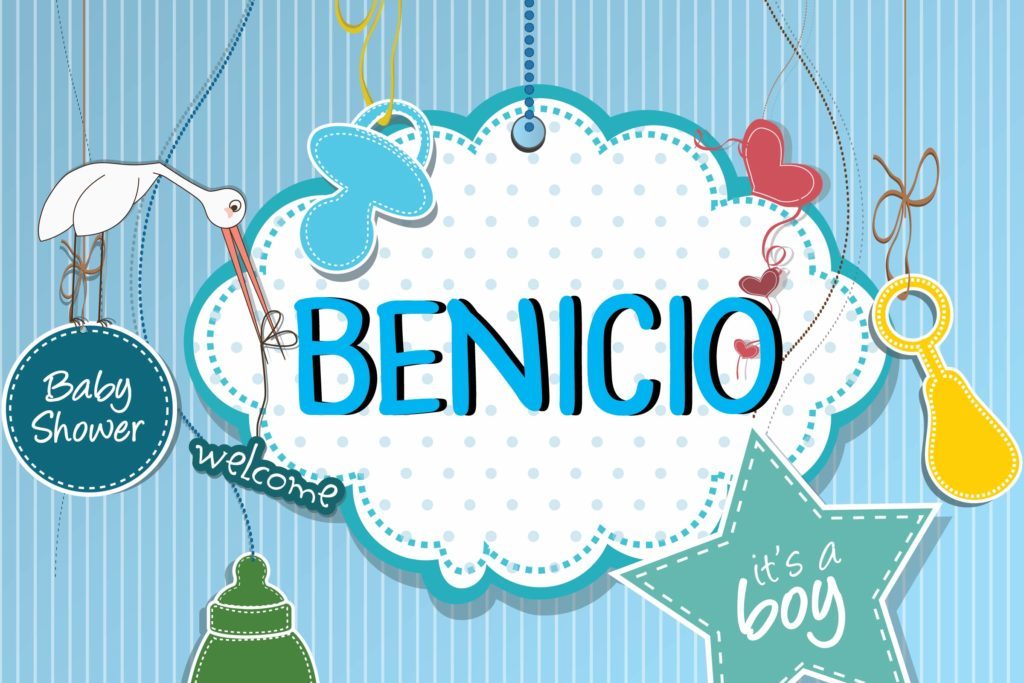 Here’s another up-and-comer with a single obvious show biz connection (are you spotting a trend here?). Look no further than the charismatic Puerto Rican character actor Benicio del Toro. His name is derived from the Spanish Benito, meaning “blessed,” and goes along with the recent trend for names ending in O, especially Hispanic choices such as Emilio, Mateo, Alejandro, and Santiago. As the U.S. becomes increasingly bilingual, odds are these Spanish charmers will be popping up more and more frequently in states far from the border. Learn the essential Spanish phrases everyone should know. 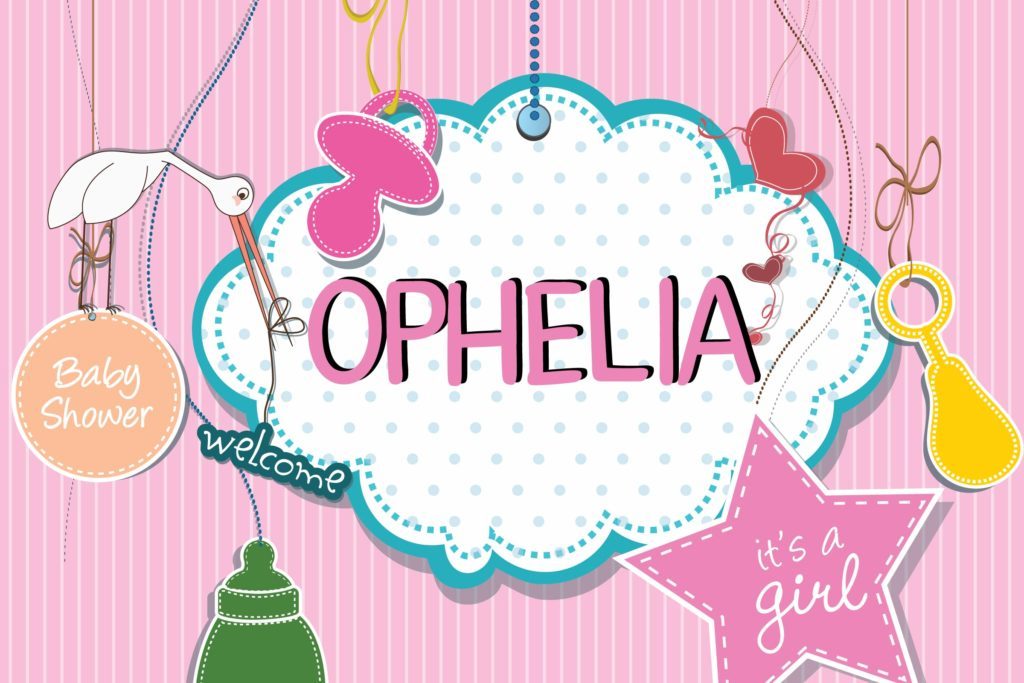 For years, this classic name was avoided for its tragic connotations. Ophelia is Hamlet’s love interest who loses her mind and drowns herself. But the moniker’s many appeals have come out on top: O’s aren’t just popular for ending names these days, and elaborately embroidered multisyllabic names are also all the rage, especially those with Shakespearean ties (think Audrey, Juliet, and Valentine). So if you’re looking for a classic (and classy) sound-alike to the hugely fashionable Olivia (also from Shakespeare) Ophelia might just be the obvious choice. It doesn’t hurt that it’s the name of a catchy hit song by the folk-rock band The Lumineers. 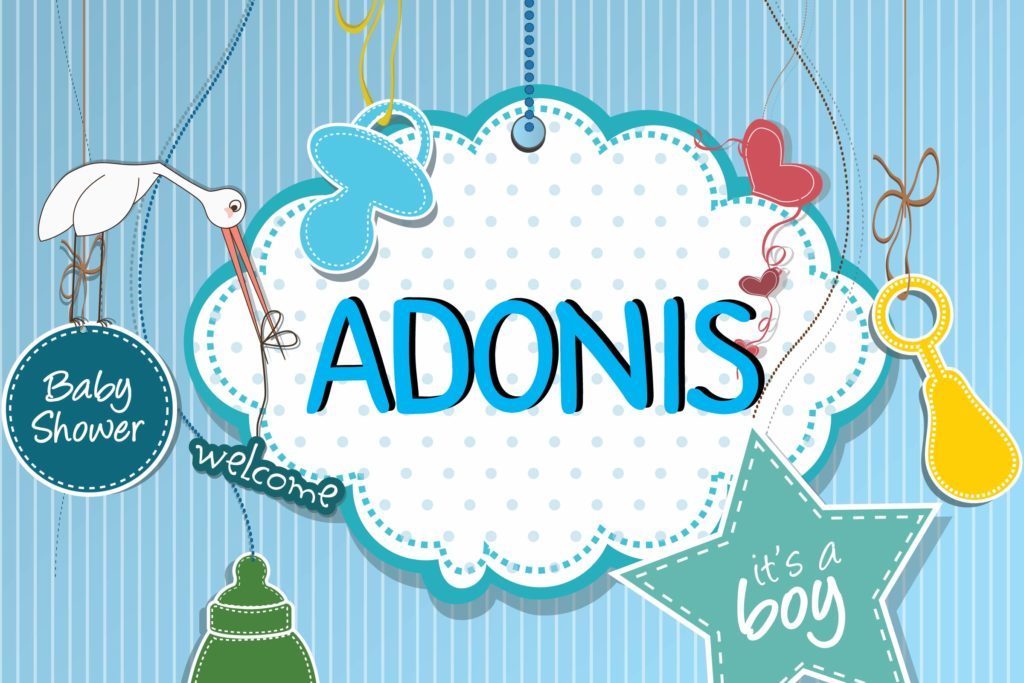 Here’s another example of a famous old name winning out over its backstory—in this case with a little help from pop culture. In classical Greek mythology, Adonis is the model of male beauty, so gorgeous that the goddess of love herself falls in love with him. So, not exactly a manly man for generations past. But these days the name Adonis is coming up all over; in the real world there’s Adonis Jordan, the basketball player, and Adonis Bosso, the male model, and, probably more important, there’s the character Adonis Creed in the influential seventh Rocky movie. Let’s just hope all these boys are gorgeous. Or things could get ugly. 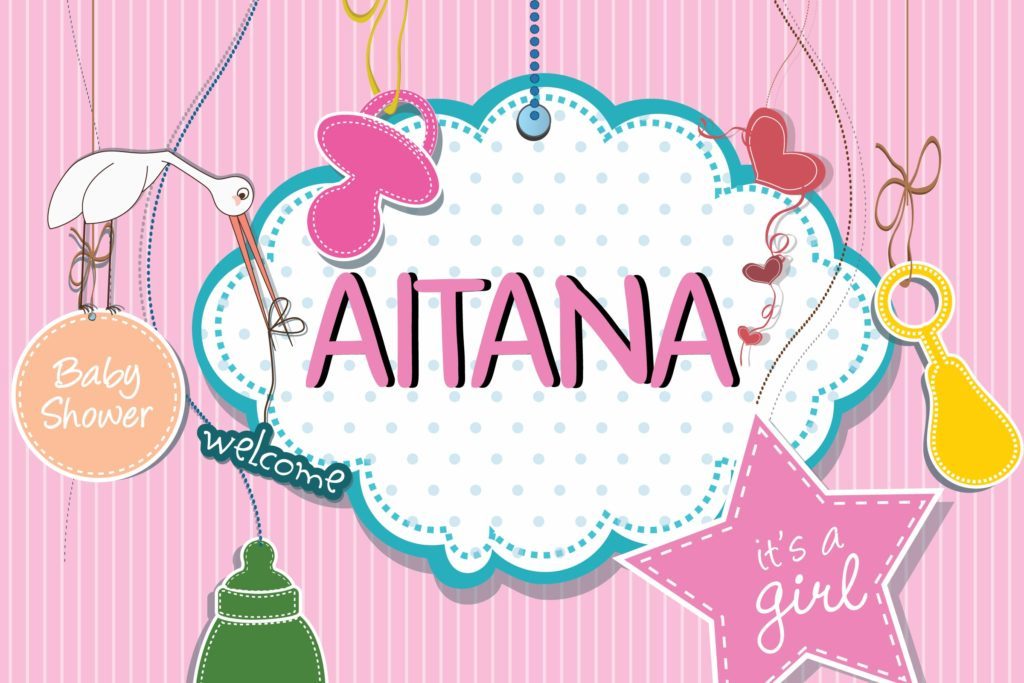 It’s no wonder this flowing, multisyllabic name is leaping up the U.S. baby name charts, because it unites a host of trends. First of all, Aitana is a top 50 name in Spain, where it’s also a mountain range. So it falls into both the Hispanic and geographic categories (Madison, Brooklyn, Paris, and Savannah). The name also has a haunting cultural history: the poet Rafael Alberti called his daughter Aitana in honor of his country after the Spanish Civil War, and her goddaughter, Aitana Sanchez-Gijan, has become a prominent Spanish actress, according to Nameberry. So if you’re looking for a fresh alternative to Amelia, Angelina, Aurora, and especially Ariana, put Aitana on your list! 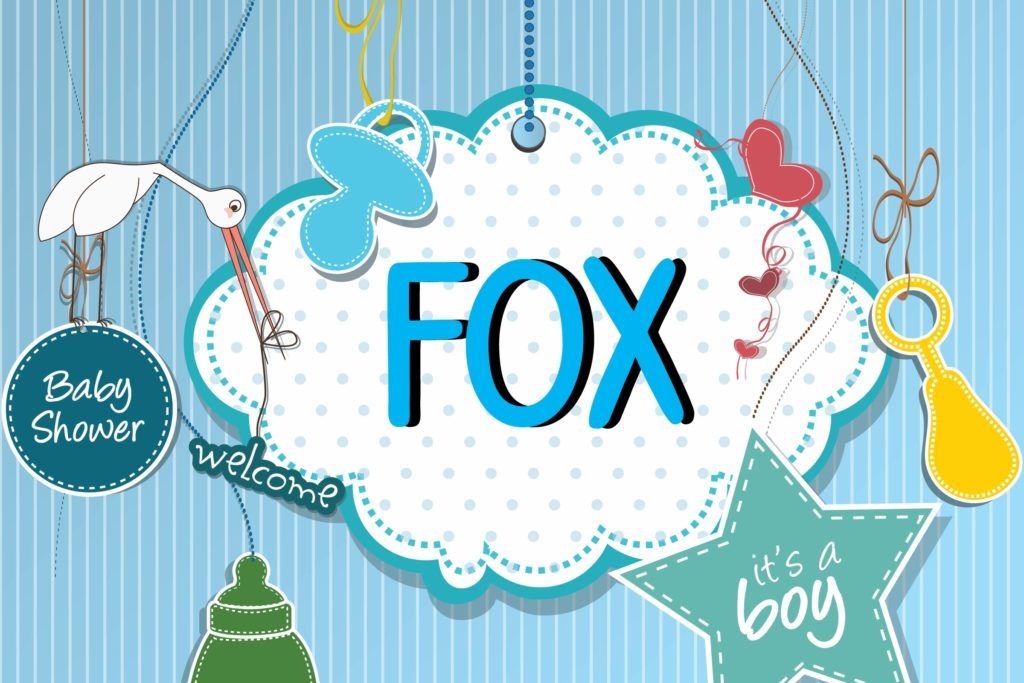 X marks the spot for this alternative to Max, Jax, Rex, and Pax. Or should we say X Files, for character Fox Mulder (David Duchovny)? Reportedly, the show’s creator Chris Carter denies he named the character for the Fox network, which aired the show; he says he had a childhood friend named Fox. But apart from the X factor and the show biz connections, there’s something refreshingly simple about this common noun name that evokes nature somewhat like River, Forest, and Ash. It’s no wonder Fox is ahead of the pack that includes Wolf and Bear. Here’s some advice if you’re looking for a really wacky baby name.