The Most Popular Travel Destinations in Central America

The land that links the continents of North and South America is teeming with tropical rainforests, turquoise seas, and vibrant cities. 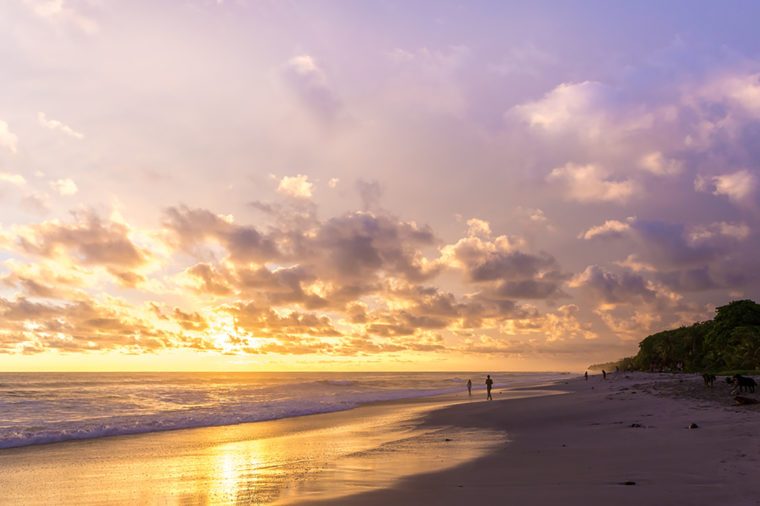 Set on the southern tip of Costa Rica’s Pacific coast, Santa Teresa has unspoiled beaches, surf breaks, consistent 80-degree temps, and laid-back vibe. Beyond riding the waves and soaking up some sun, vacationers can destress with ocean-view yoga classes and holistic spa treatments. Hungry? It’s all about eating clean, a philosophy that comes to life through the many local seafood joints and fresh juice shops.

If wellness is a priority, check out these healthy retreats to kick-start—and keep—a new program. 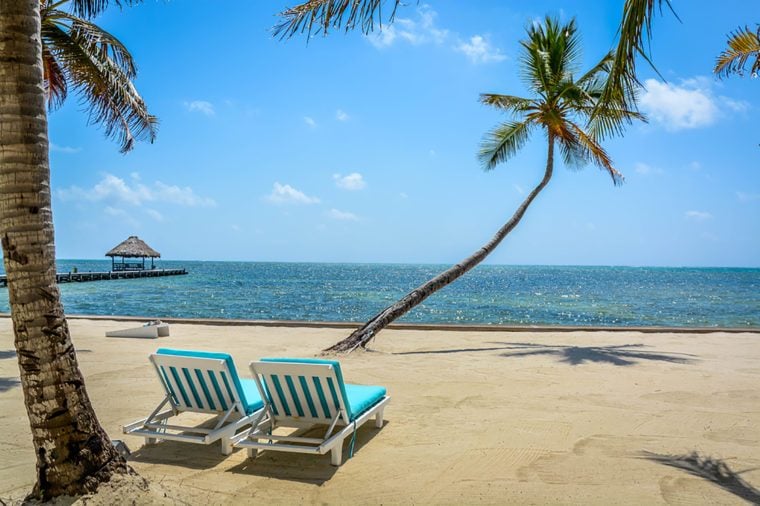 Belize’s largest island, Ambergris Caye, is the crown jewel of its tourism industry. And its main draw is the Belize Barrier Reef. A quarter-mile offshore, it boasts some of the most magnificent snorkeling and dive sites in the world, including the protected Hol Chan Marine Reserve—just a 10-minute boat ride from the main town of San Pedro. The attitude is laid-back—golf carts are the preferred mode of transportation—and you can just as easily spend your days popping into Belizean art galleries and souvenir shops as you can lounging on the white sand. Here are the amazing beaches to add to your bucket list ASAP.

One of Nicaragua’s oldest cities, as well as its political and intellectual center, León is brimming with history, culture, and architectural grandeur. From the colonial-era buildings to the awe-inspiring Basílica de la Asunción (the largest cathedral is the largest in Central America), its faded beauty knows no bounds. Museum and art galleries abound. The energy—youthful, dynamic, and deeply passionate—is contagious. And that’s just part of the reason that Nicaragua is one of the fastest-growing tourism destinations in the world. 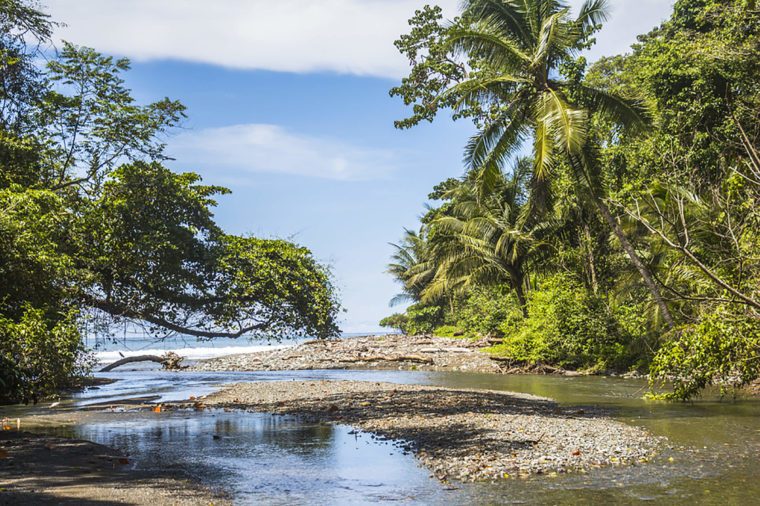 Spanning nearly half of the Osa Peninsula, Corcovado National Park is one of the most biologically diverse places on the planet. It’s home to 500 species of trees and an equally astounding variety of wildlife, including tapirs, jaguars, giant anteaters, harpy eagles, sloths, and largest population of scarlet macaws in Costa Rica. Nature lovers can embark on multi-day excursions to explore the lush rainforests, rivers, mangrove swamps, and beaches. 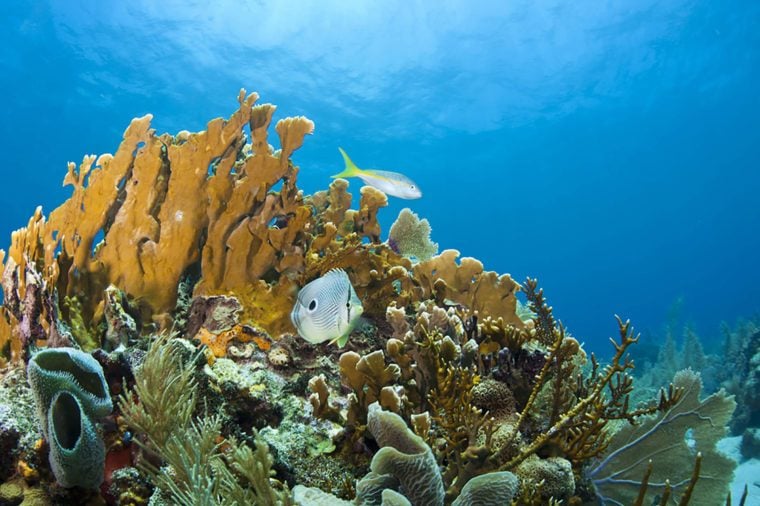 Roatán is located 40 miles off the northern coast of Honduras and is the largest of the Bay Islands. Ringed by the massive Mesoamerican Reef, it’s renowned for its abundant marine life and is one of the premier snorkeling and scuba diving spots in the world. From zip-lining to exploring the botanical gardens, there’s plenty to explore on land too. Figuring out when to go? You’ll want to avoid the most expensive days to fly. 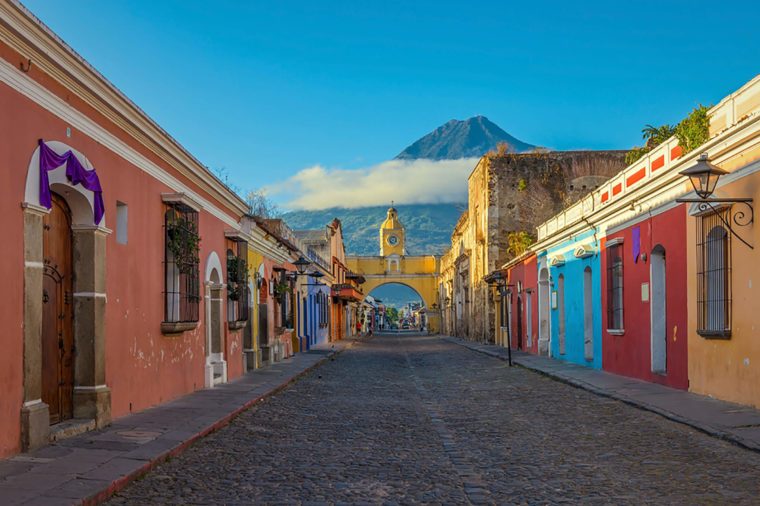 Situated in the highlands of southern Guatemala, Antigua is renowned as the best-preserved colonial city in the region and a hub of Spanish-language learning with dozens of dedicated schools and immersion programs. Its impressive architecture—baroque-style churches, plazas, and prominent 16th-century landmarks such as Santa Catalina Arch—is made even more stunning set against the awe-inspiring volcanic backdrop. Love discovering new destinations by yourself? Here are 11 things you should always do to stay safe while traveling solo. 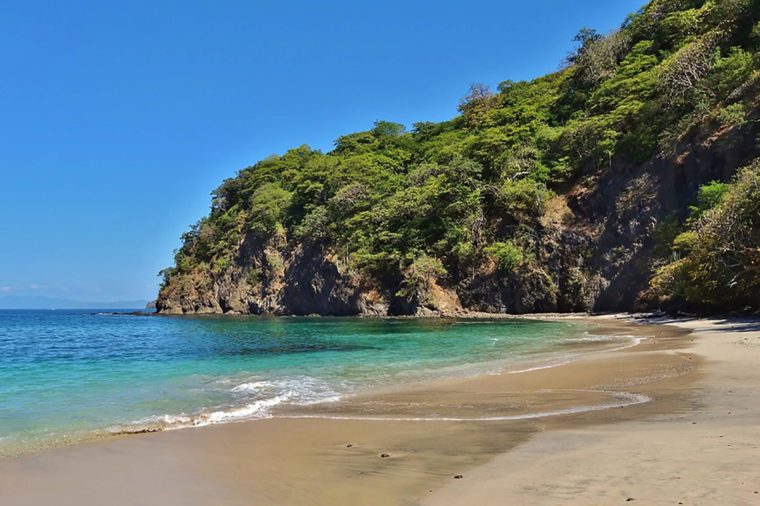 Peninsula Papagayo is paradise. Pure and simple. This 14,000-acre oasis in the northwest Guanacaste province is a center of ecotourism, famed for its lush rainforests, rocky coves, miles of pristine beaches, and warm Pacific waters. It’s also home to the recently-renovated and ultra-luxurious Four Seasons Resort Costa Rica at Peninsula Papagayo, the only Forbes five-star-rated property in Central and South America. Craving some adventure? Try zip-lining, surfing, or paddle boarding. Don’t miss these 11 epic vacations for adrenaline junkies. 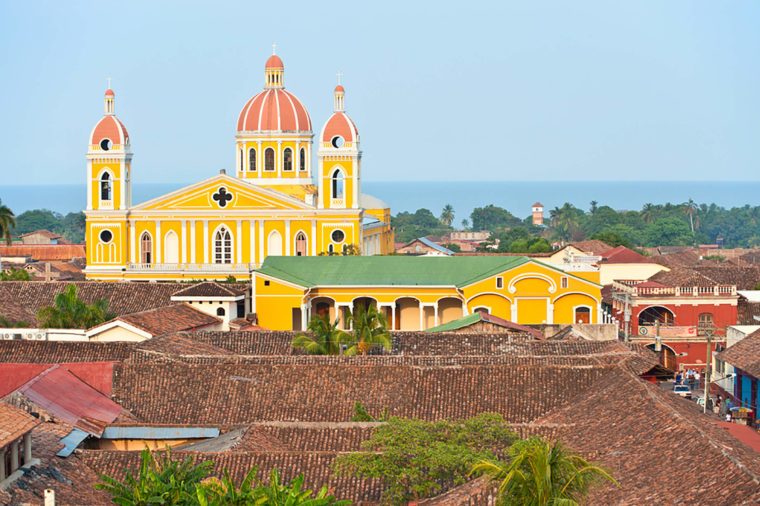 It’s easy to fall in love with Granada: This historical city is distinguished by its well-preserved colonial architecture and cobblestone streets. Iglesia La Merced, originally built in 1539, still retains its baroque beauty thanks to meticulous restoration efforts. To the south, Mombacho Volcano Nature Reserve, Lake Nicaragua, and the Islets of Granada offer ample opportunities for exploration. If private and picturesque describe your dream getaway, let us turn your attention to the San Blas Islands, an archipelago off the Caribbean coast of Panama. Of the approximately 365 isles and cays, only 49 are inhabited, the rest remain unaffected by the other trappings of modern life. The best way to see these remote treasures is to organize a day or week-long boat trip. Can’t make it to the San Blas Islands? Use these tricks to turn any trip into a digital detox. 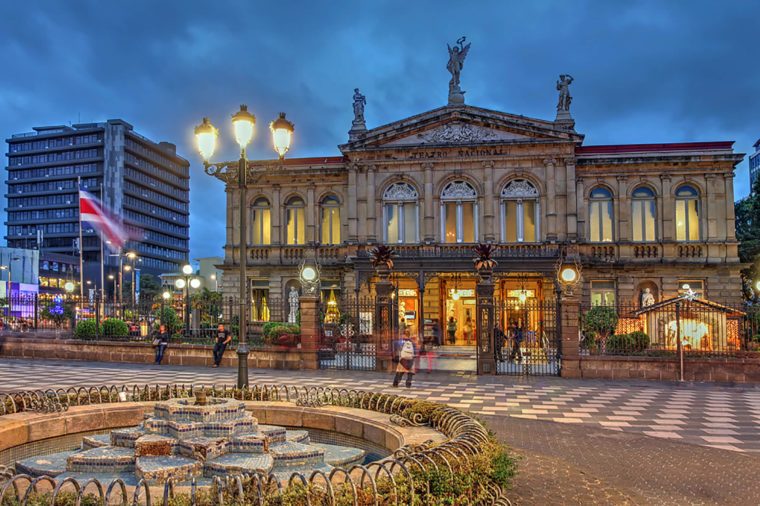 San José may not embody the pura vida lifestyle synonymous with Costa Rica, but it’s not without its own unique charm. The country’s political and cultural capital is celebrated for its Spanish colonial landmarks, such as the neoclassical National Theatre of Costa Rica. The Pre-Columbian Gold Museum dazzles with its collection of gilded artifacts. The bustling Mercado Central is also a must visit. While you’re there, don’t miss the chance try local “golden beans” and fresh seafood. Looking for nightlife? Head over to the lively bars and clubs of El Pueblo. Bonus: Costa Rica also made our list of best places women can travel alone. 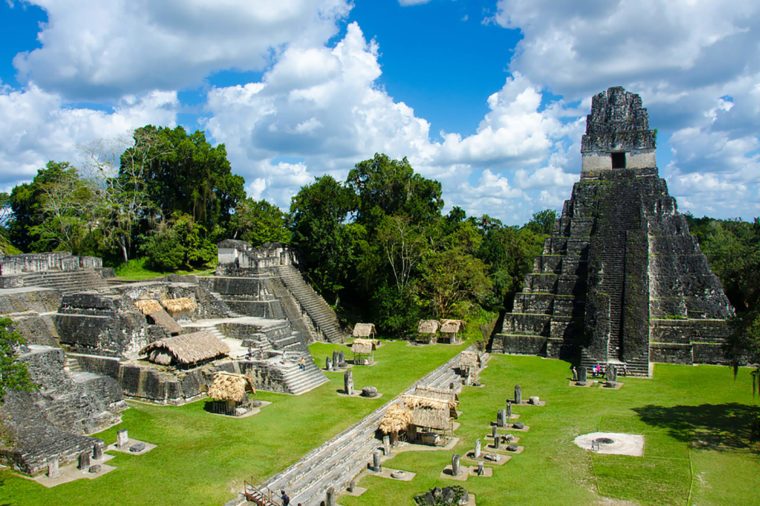 Nestled in the tropical El Petén rainforests of northern Guatemala, Tikal is among the largest cities of the ancient Mayan civilization. At its peak, it had an estimated population between 100,000 and 200,000. Today, the ruins of its iconic pyramids, palaces, and religious structures—including the towering Temple IV, the tallest pre-Columbian structure in the Americas—are part of the UNESCO-listed 220-square-mile Tikal National Park. On a budget? Guatemala is also one of the most affordable vacation spots.

Touted as Central America’s most cosmopolitan capital, Panama City is a hub of international banking and trade with an ever-expanding skyline of gleaming glass high rises and skyscrapers. And, of course, there’s the Panama Canal, plus awesome accommodations such as The Santa Maria, one of the most anticipated international hotel openings for 2018. But this modern mecca also has plenty of vintage charm. Case in point: The cobblestones colonial quarter, Casco Viejo, with its landmarks, quaint cafes, boutiques, and galleries.

Lindsay Cohn
Lindsay Cohn is an avid traveler who has visited 45 countries across six continents and writes about travel for Reader’s Digest as well as USA Today, Fodor’s, Travel + Leisure, Brides and PureWow. Beyond travel, she covers a variety of lifestyle topics including beauty, wellness and design. Her work has also been published on Well+Good, Elle Decor, Martha Stewart, Domino and Mindbodygreen. Follow her on Instagram @lindsay_cohn