Just because these are remnants of the past doesn't mean they should become a thing of the past! 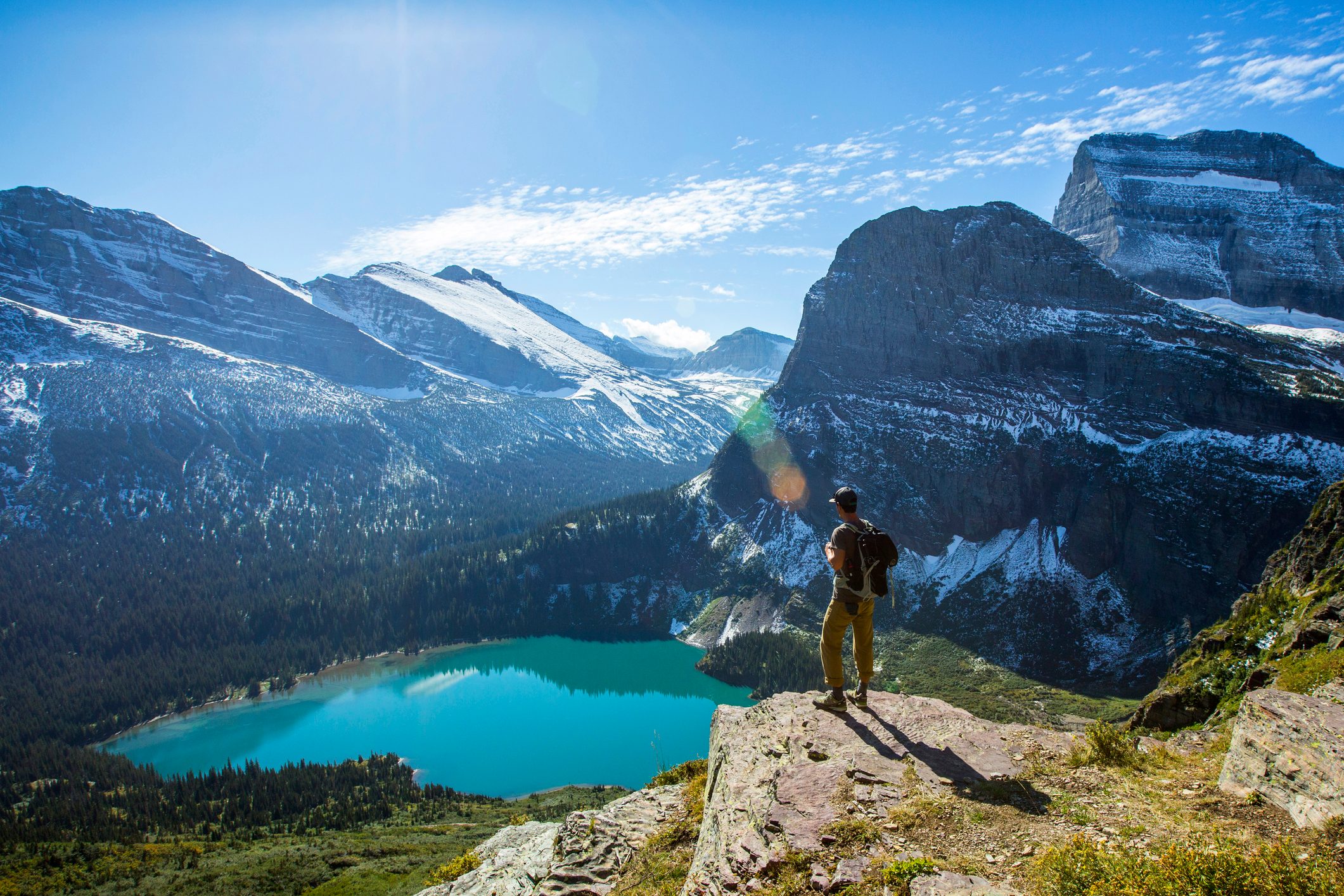 When places historical and modern alike are well-known and popular, we might take it for granted that they’ll be around forever. But sadly, many of the world’s best-known, most culturally significant landmarks are in jeopardy. Human activity has had a devastating effect on many valued places—including, dismayingly, other massive milestones of human achievement. And many of these are so much more than just tourist attractions—they’re unique, valuable remnants of ancient times and civilizations. Plus, check out these other breathtaking places to visit before they disappear. 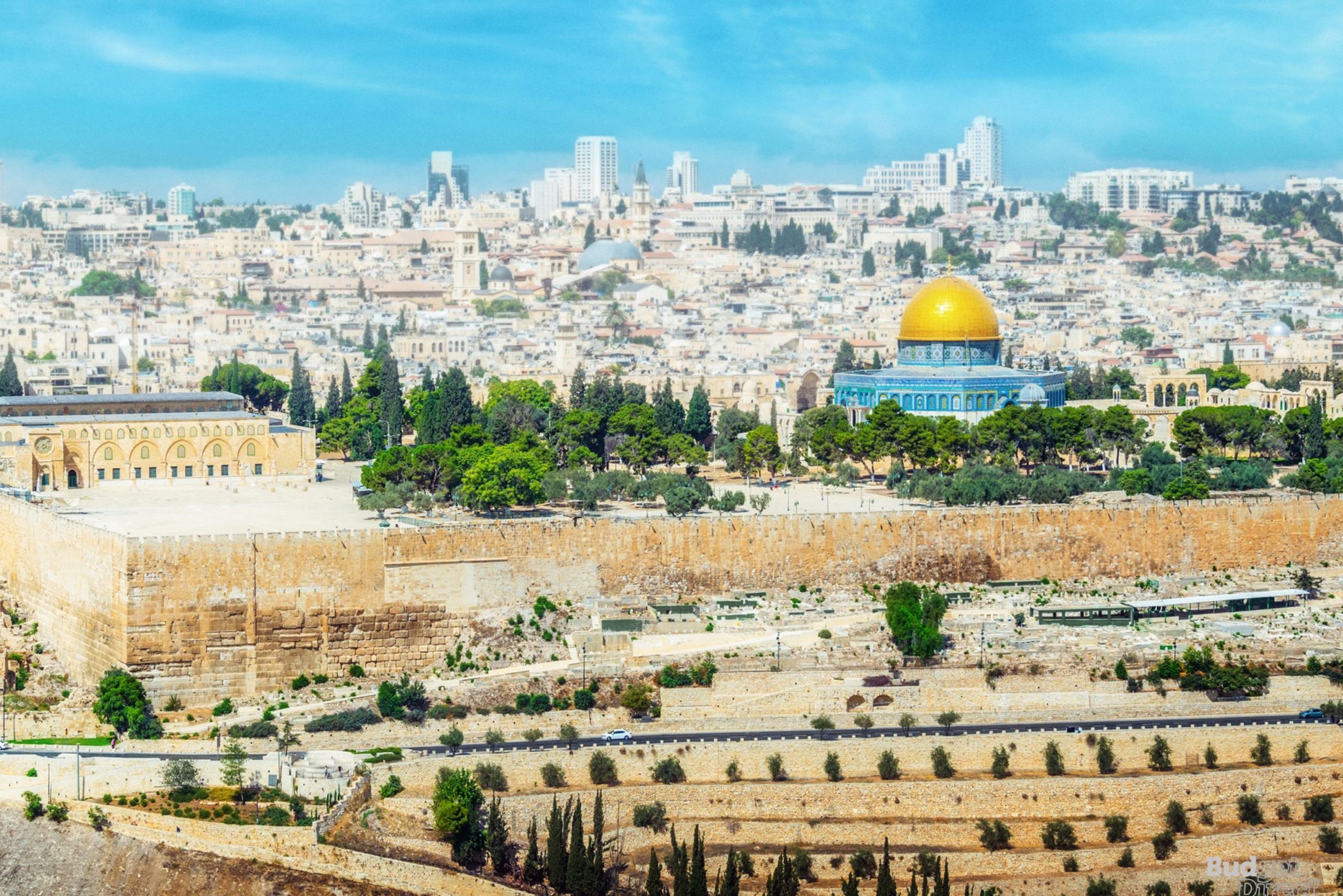 One of the most spiritually significant places in the entire world, the Old City of Jerusalem is in danger of disappearing, UNESCO has found. The walls of the Old City are one of its trademark features. Most famously, the Western Wall, also known as the Wailing Wall, is a valuable pilgrimage site for people of the Jewish faith, one that dates back to around 20 BC. The Wall is the only remnant of the city’s Second Temple. The city has actually been listed on UNESCO’s list of endangered cultural sites since the 1980s; they’ve found that widespread urbanization poses a significant threat to the city. Learn about some forbidden places no one will ever be allowed to visit. 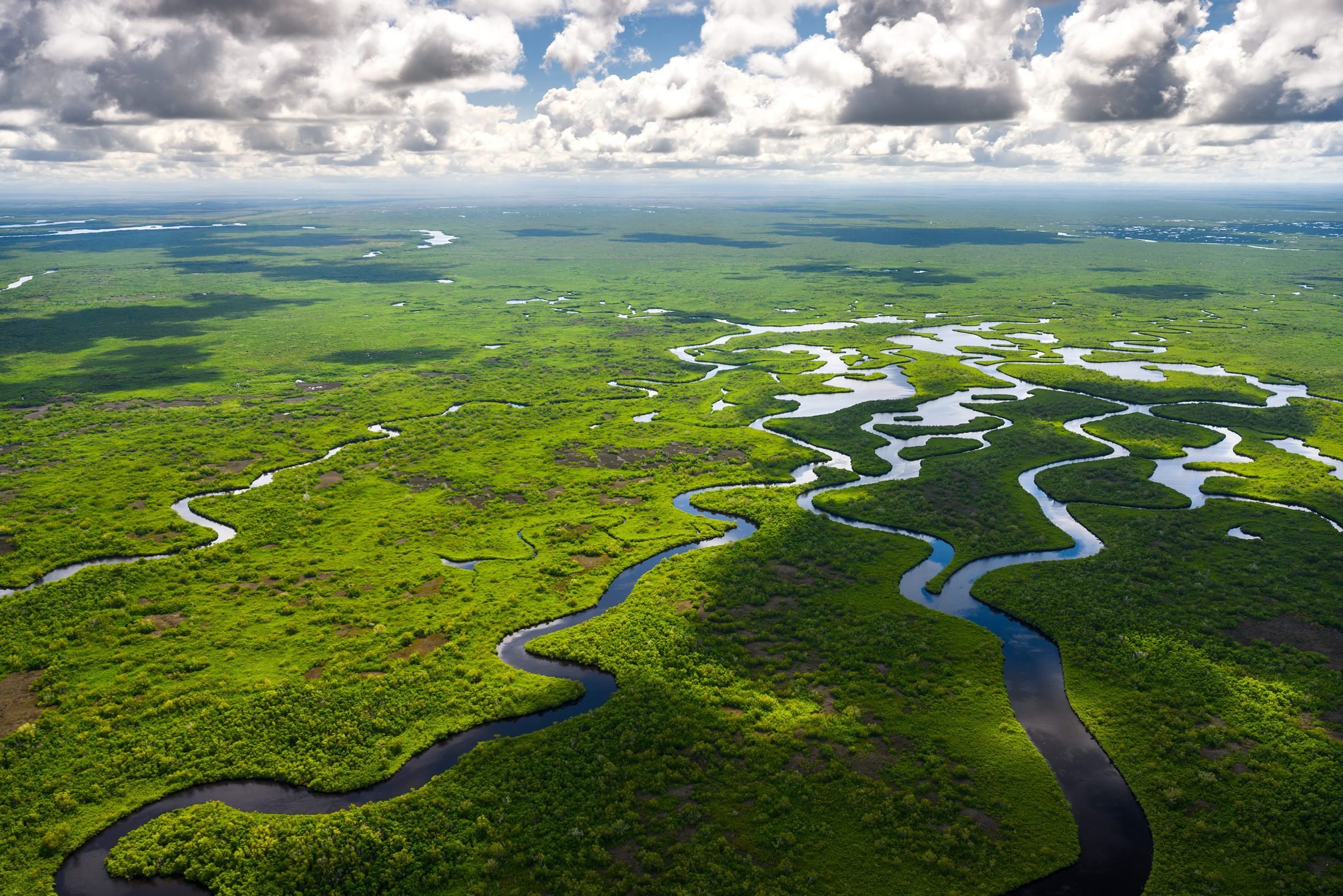 This stunning Floridian wildlife sanctuary has sadly found itself fighting for its life in recent years. As “the largest designated sub-tropical wilderness reserve” in North America, per UNESCO, it’s been a beloved American travel destination for decades, but the ravages of time and human activity have not been kind to it. Its survival first came into question after it was battered by Hurricane Andrew in 1993. But it’s human influence that has posed the primary threat, as water flow to the site has decreased and the impacts of pollution have increased, resulting in harmful algal blooms. Its vast, diverse wildlife is more threatened than ever before. Read up on these beautiful animals that could disappear in your lifetime. 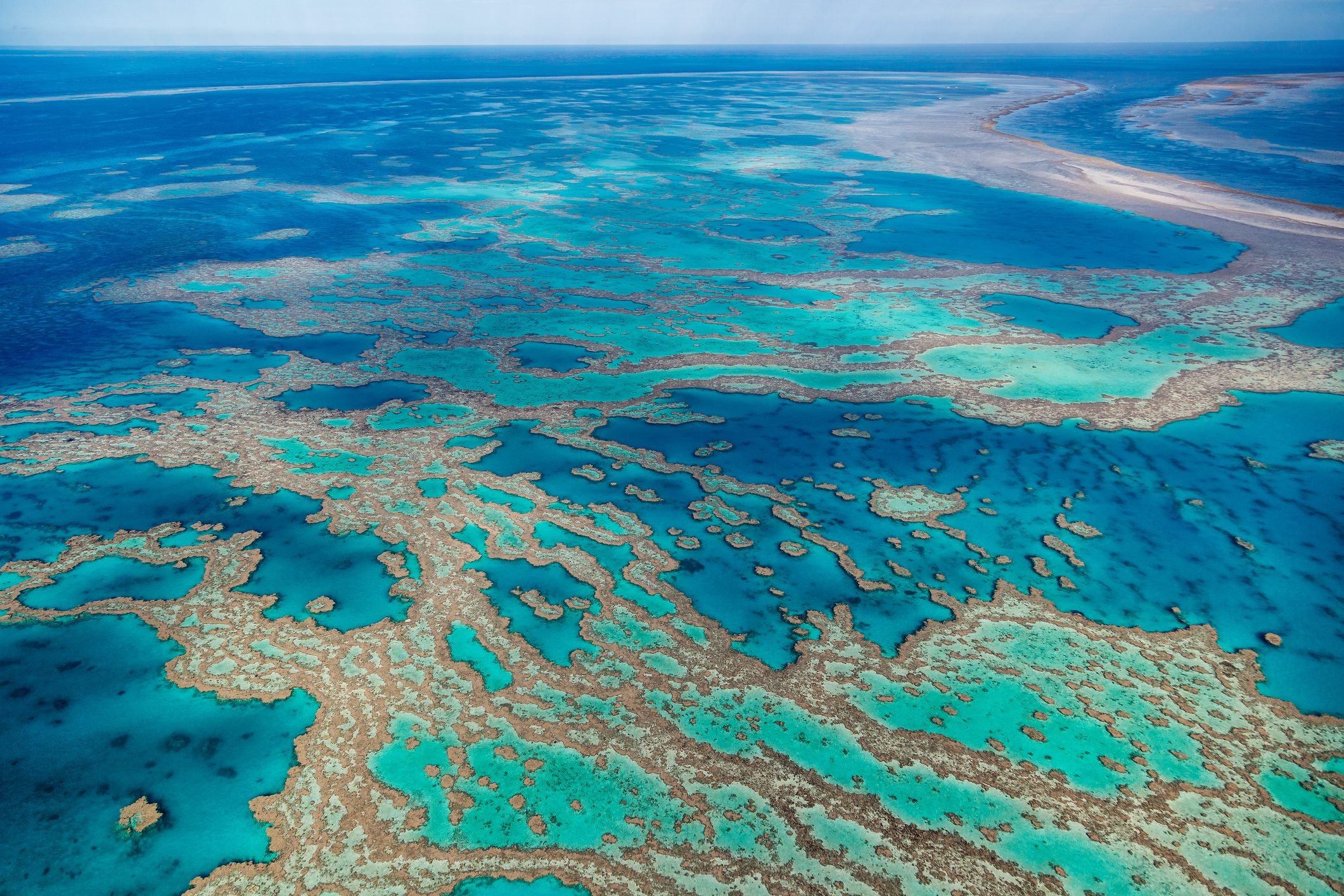 If you’ve had any sort of environmental preservation news on your radar, you’ve almost definitely heard about the drastic decline of the Great Barrier Reef. This massive, once-thriving coral reef off the coast of Australia has suffered enormously, with coral bleaching—a side effect of climate change—stripping the coral of its nutrients. This, in turn, harms the rich marine life that calls the reef home. And, of course, this also depletes it of the dazzling colors that once were a hallmark of this underwater wonder. The reef remains the largest coral reef ecosystem in the world, but projections have warned that the damage to it could become irreversible in the next ten years. These 8 things will probably be extinct by 2030. 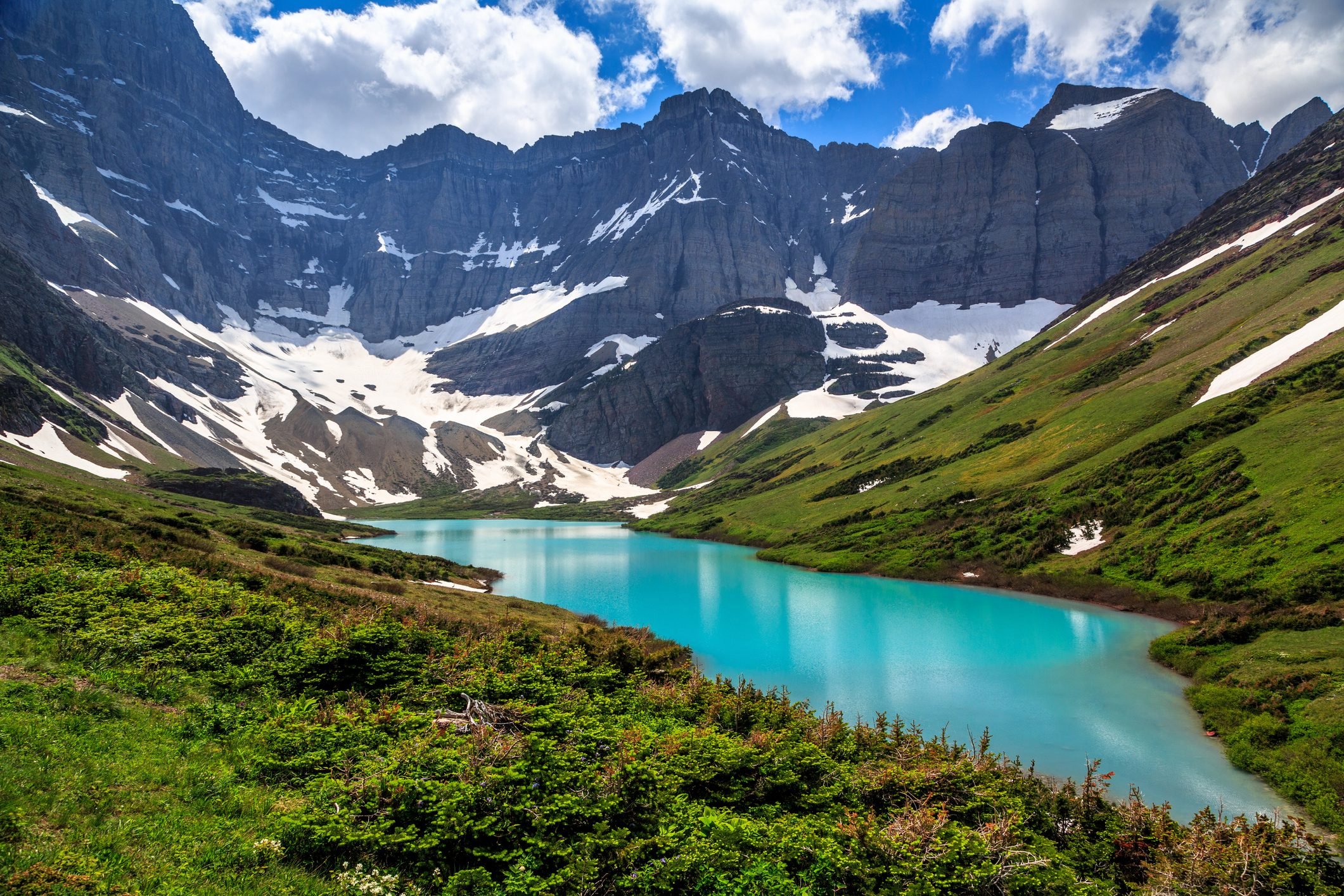 We’ll bet you can guess what’s behind the deterioration of this U.S. national park consisting of 25 massive glaciers. That’s right, climate change. The 25 glaciers that make up the park today are all that remains of what used to be closed to 150. Glacier National Park, located in Montana, contains breathtaking natural wonders that, terrifyingly, we could be one of the last generations to experience if nothing is done. According to the United States Geological Survey, the remaining glaciers could start to disappear as early as 2030. Watch out for these things you shouldn’t do in reopened national parks. 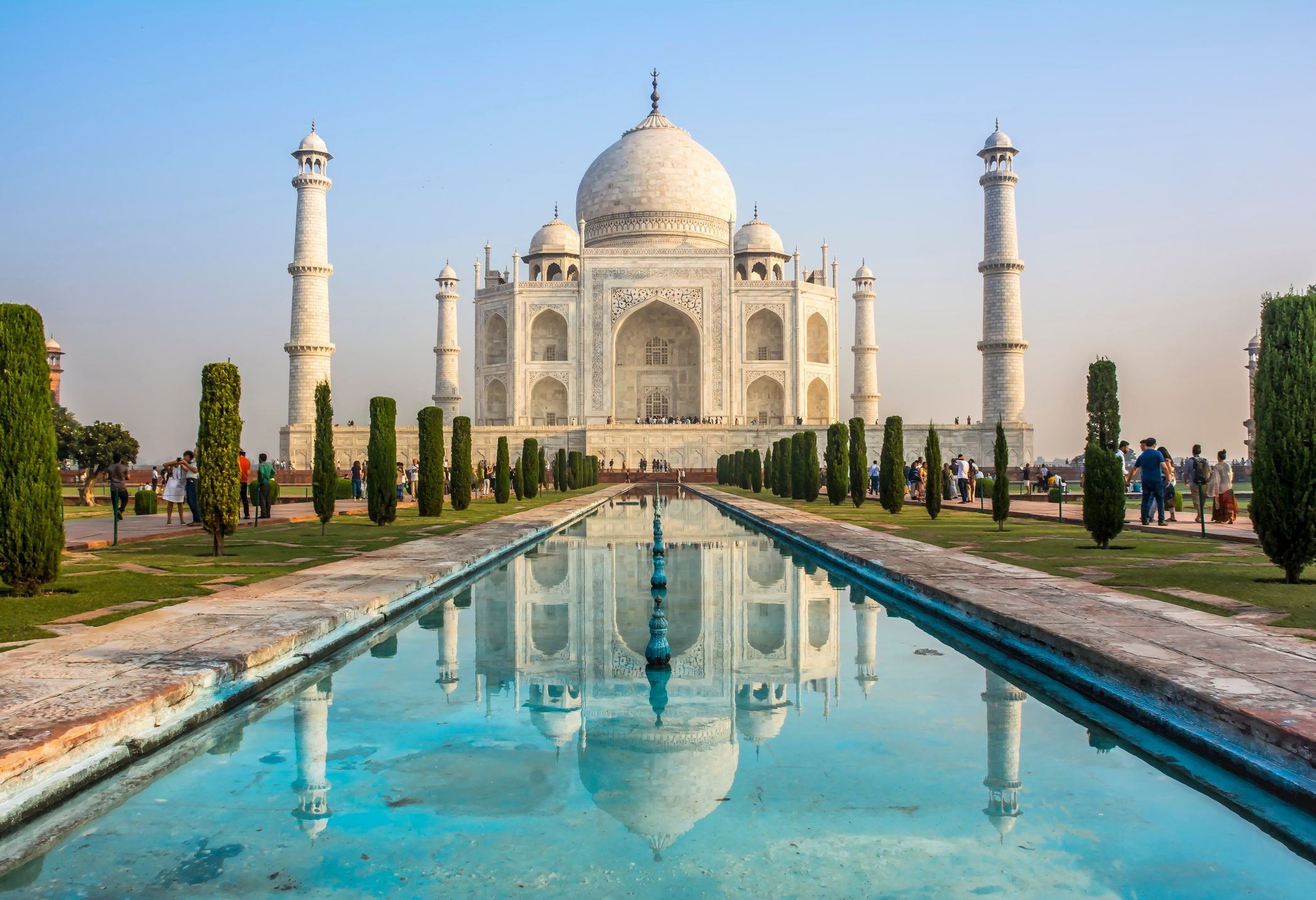 It’s hard to imagine this monolithic structure, located in Agra, India, being in danger. The structure itself is in some jeopardy from the elements, but the primary reason for concern is that the Indian Supreme Court could potentially close the attraction. The court has butted heads with the government, claiming that unless the government does a better job of preserving it, they’ll have to shut it down. Pollution—from tourists and industrialization of the surrounding area alike—is visibly altering the Taj’s pristine surface. It’s also experienced insect infestations. Flies of the genus Geoldichironomus, which breed in the heavily polluted Yamuna River that neighbors the Taj, have encroached upon the structure in recent years. You’ll be surprised to see what the Taj Mahal and more famous landmarks look like zoomed out. 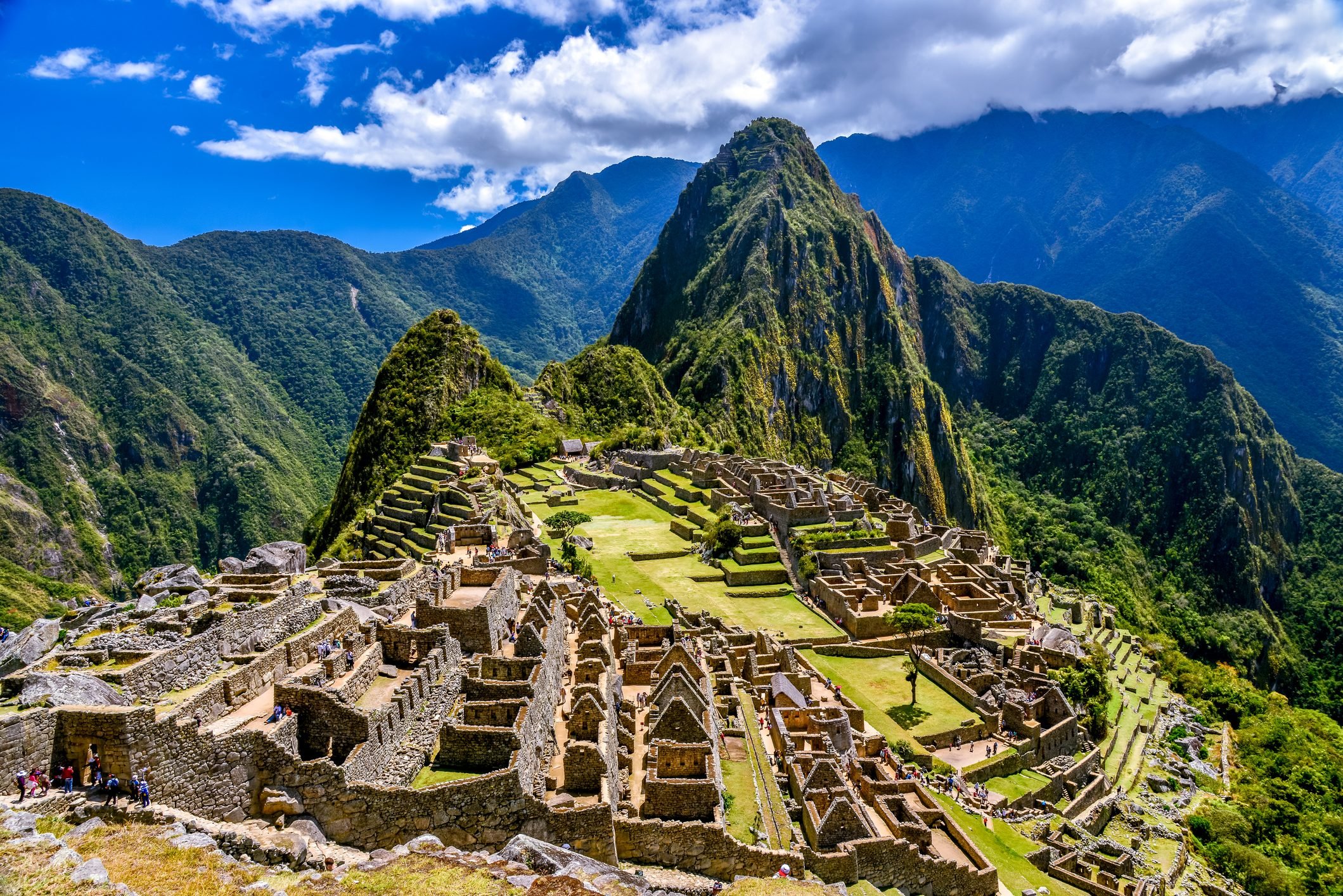 Located in southern Peru, Machu Picchu is the remains of a huge stone citadel that was built during the 15th century. These incredible Incan ruins are widely considered one of the must-see spots in South America. Unfortunately, this has backfired in a way. The site has been a victim of over-tourism, seeing the detrimental effects of the surge of tourists it gets as they wear down the structures. In addition, the area surrounding Machu Picchu has seen rampant urbanization, as well as mudslides and fires, in recent years, leading UNESCO to work for its preservation. Here are some more places that are being ruined by tourism. 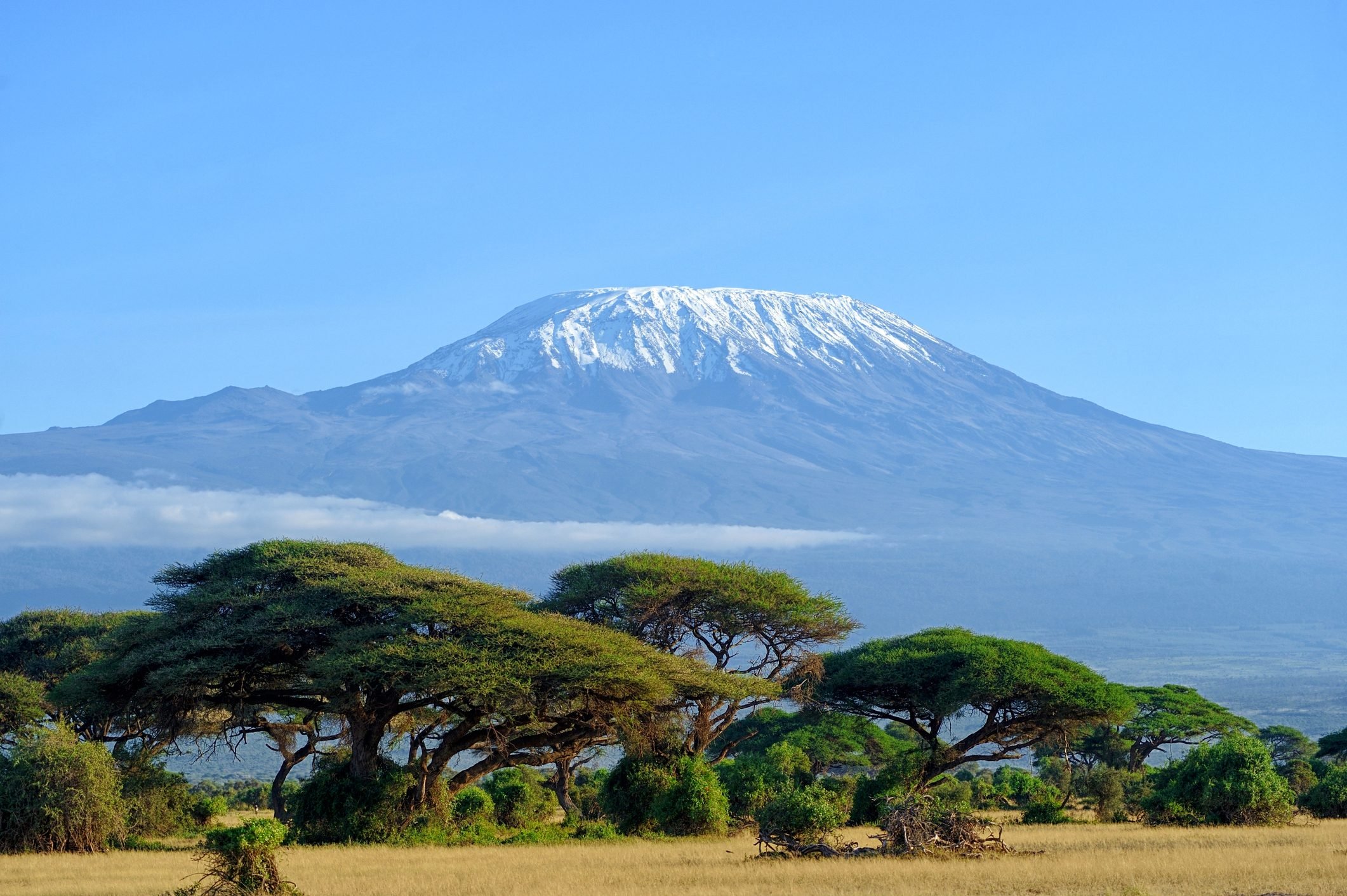 This revered mountain, one of the Seven Summits, proves that even giants can fall to climate change. While the mountain itself, located in Tanzania, isn’t in imminent danger, its iconic snow cap might vanish—and shockingly soon. Research found that the snow cap had lost 85 percent of the total area of its ice fields between 1912 and 2007, and the remaining ice could be history as early as 2030. Have you seen any of these UNESCO world heritage sites everyone should visit? 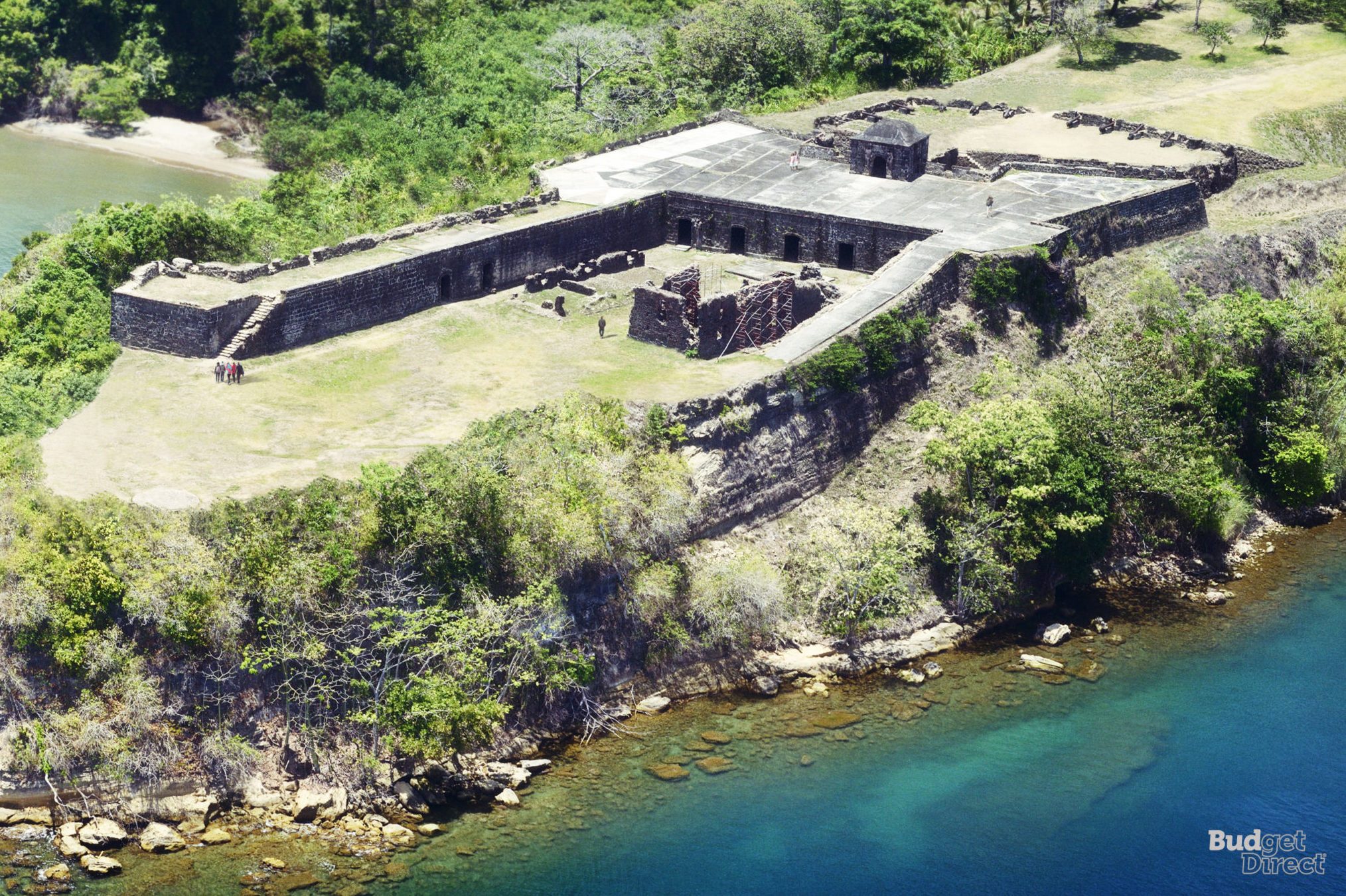 While not as ancient as some of these other sites, these fortifications on the Panama coast are considered massively historically significant. The Portobelo–San Lorenzo forts were constructed by the Spanish in Panama in efforts to protect trade routes; they were built over two centuries, starting in the 1590s. They demonstrate a wide range of architectural styles, featuring everything from medieval-style castles to neo-classical 18th-century redresses. The forts face a couple of challenges—urbanization has impinged upon them on land, and on the coastal side, a shrinking coastline and erosion present natural threats. Their maintenance has also fallen by the wayside. They’ve been listed as endangered since 2012. Learn about some incredible abandoned places that no longer exist. 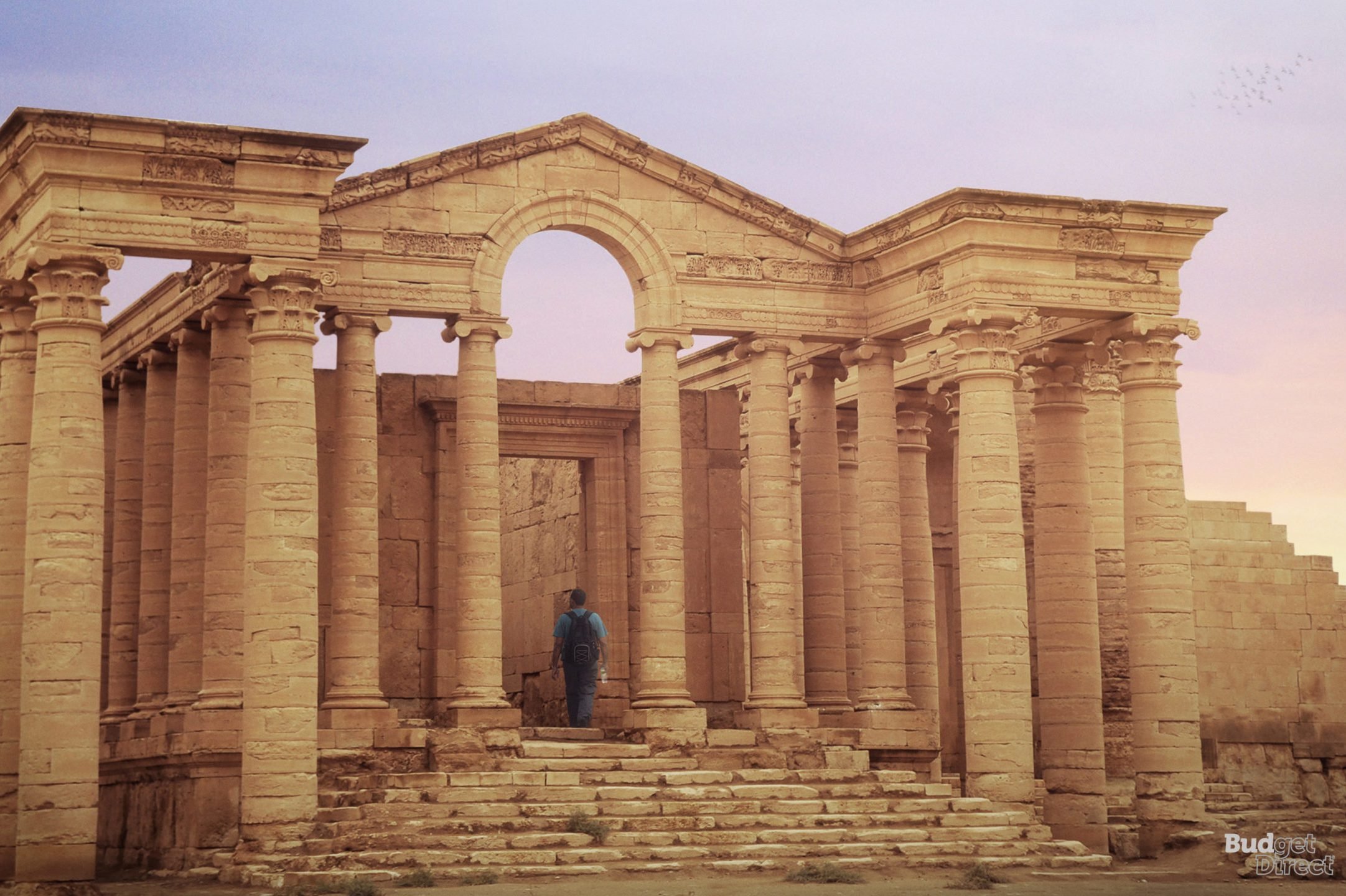 These grand ruins stand in the Al-Jazīrah region of Baghdad, Iraq. As the capital of the first Arab Kingdom, Araba, Hatra is a site of massive historical significance. It withstood Roman military force in the second century AD. It was the king of the Sāsānian Empire, an early Iranian regime, who eventually destroyed it in the third century AD. The ruins went undiscovered until the 1830s; German archeologists only began excavating it in the early 1900s. In addition to becoming a UNESCO world heritage site, Hatra was also immortalized as the temple featured in The Exorcist. Sadly, it became a target of ISIS in 2015. Militants assailed the structures with bullets and destroyed statues, seeking to dismantle remnants of polytheism. It was after this that UNESCO gave it an endangered status. Get an eerie look at some historic places that are now abandoned. 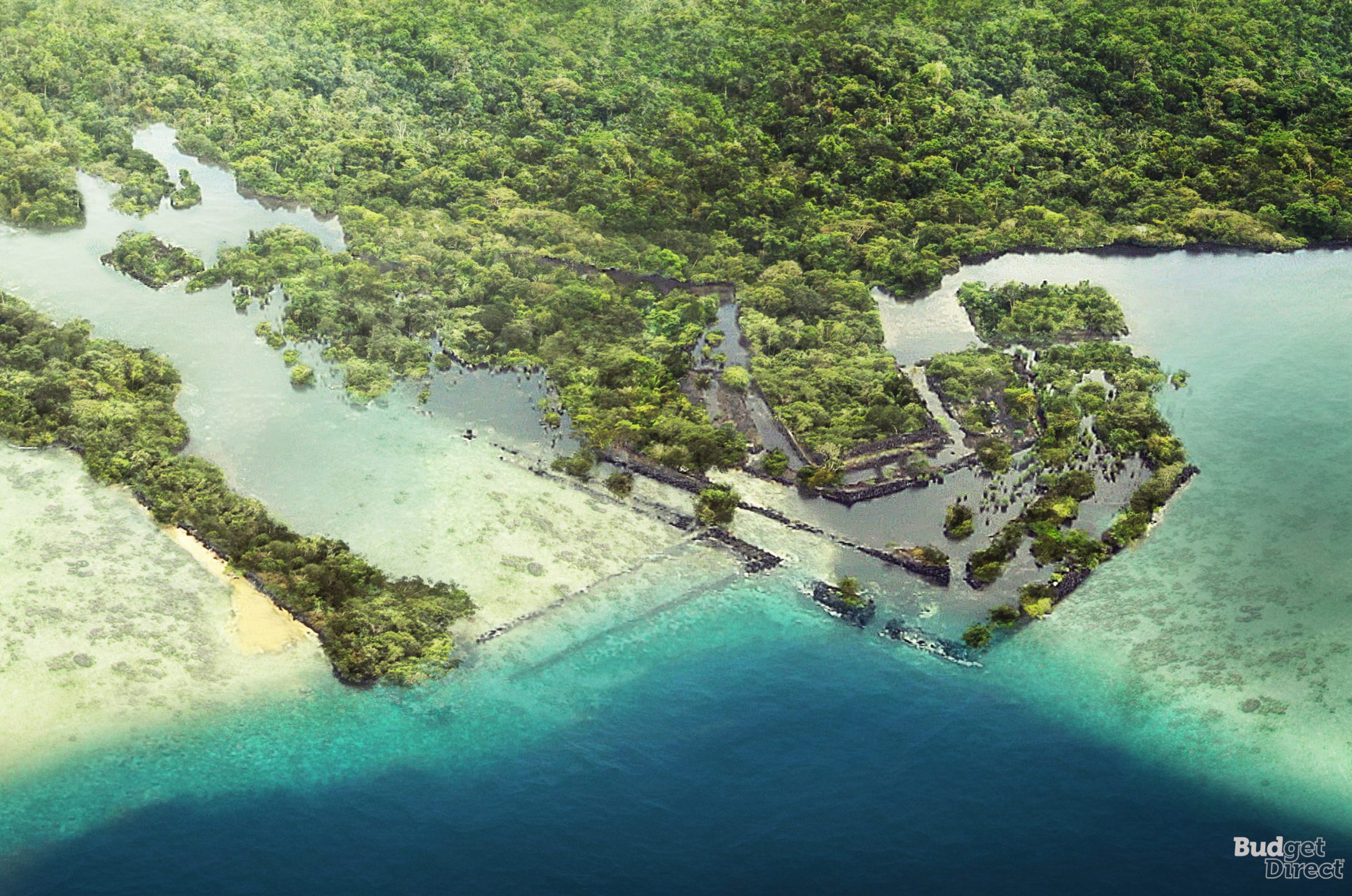 This remarkable architectural jewel of the ancient world dates back to the 1200s. It spans more than 100 islands and islets surrounding the Federated States of Micronesia, to the northeast of Papua New Guinea. Throughout the 1200s to the 1500s, natives of the island of Pohnpei built an expansive “city on water,” constructing more than 100 man-made islets out of coral boulders and basalt. The stunning expanse, untouched for hundreds of years, is a testament to the ingenuity and skill of ancient Pacific Island peoples. However, it’s the forces of nature this time that pose a danger to it as plants, storms, and water damage encroach upon the impressive structures. It has been on UNESCO’s endangered sites list since 2016. Get a glimpse at 20 of the world’s greatest lost cities. 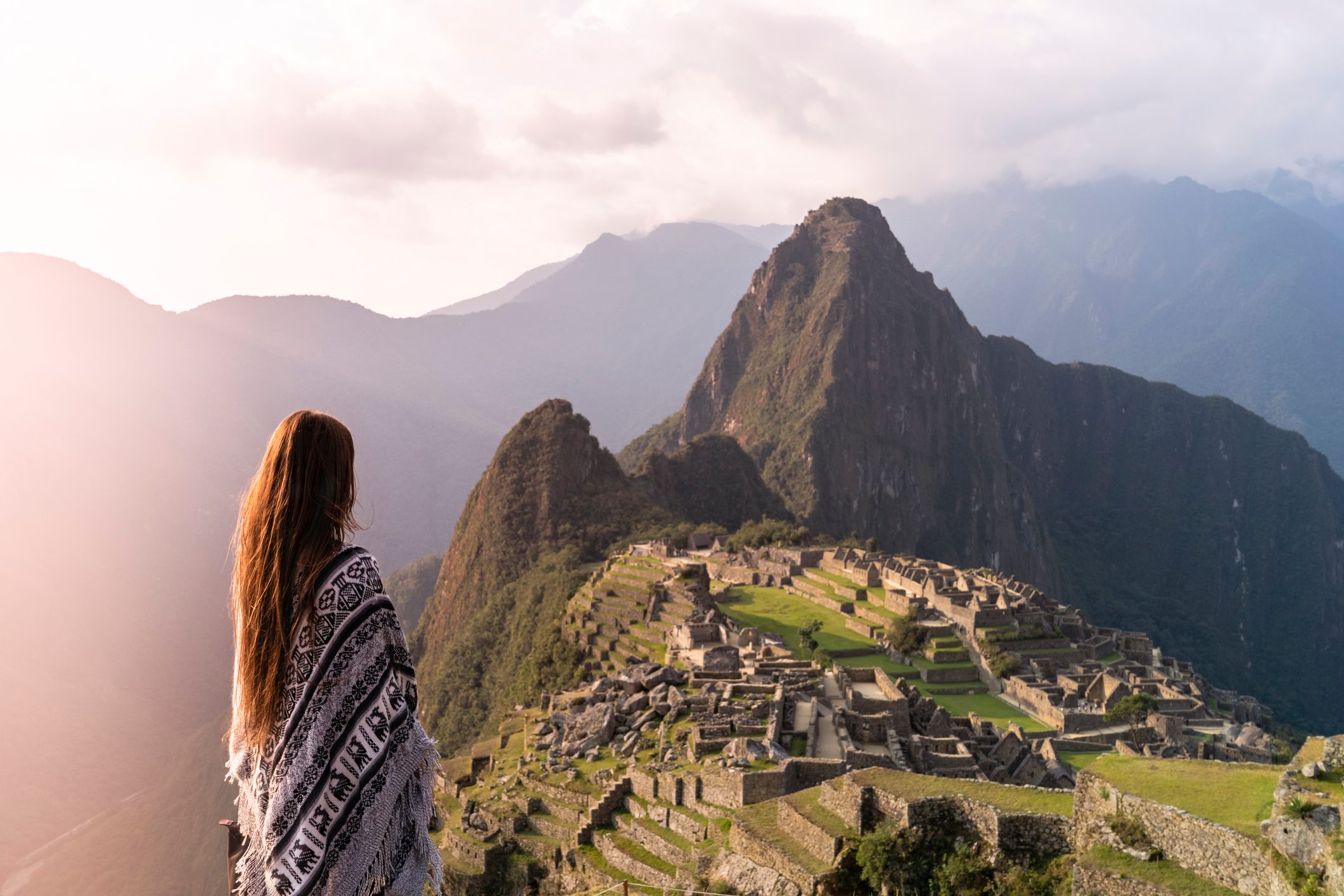 There are plenty of resources you can use to help preserve endangered spots like these. You can donate to UNESCO’s World Heritage Centre and get involved with the National Park Service, to name a few ways to help. UNESCO also gives citizens an option to report threats to protected sites (at the bottom of this page), with contact information. And if you choose to visit these spots, treat them with the utmost care! Be respectful, don’t touch anything you’re not explicitly allowed to touch, and do your part to keep the area clean. You should know about these other islands that could vanish in your lifetime. And there are always tiny everyday changes you can make to help the environment.