Rare Collectibles You’ll See Only at the Barbie Museum

Hint: It's a fashion lover's paradise.

Barbie lovers, whether they’re nostalgia seekers or current collectors, have found their Shangri-la in Barbie Expo, a Montreal-based exhibit that puts the iconic doll in the limelight. Referred to by many as a Barbie Museum, it is so much more than just a place for children or for those hoping to relive their childhood through Barbie, according to head curator Gilanna Giobbi. “What some people don’t realize is that the Barbie Expo is first and foremost a fashion exhibit,” she says. “Our main focus is to showcase haute couture and evolving trends in fashion. We chose Barbie as our medium because, quite frankly, she has the most extensive closet anyone has ever seen, and it’s pretty amazing to see such teeny-tiny, yet detailed, apparel.” For a trip down memory lane, you’ll definitely want to check out what Barbie looked like the decade you were born. 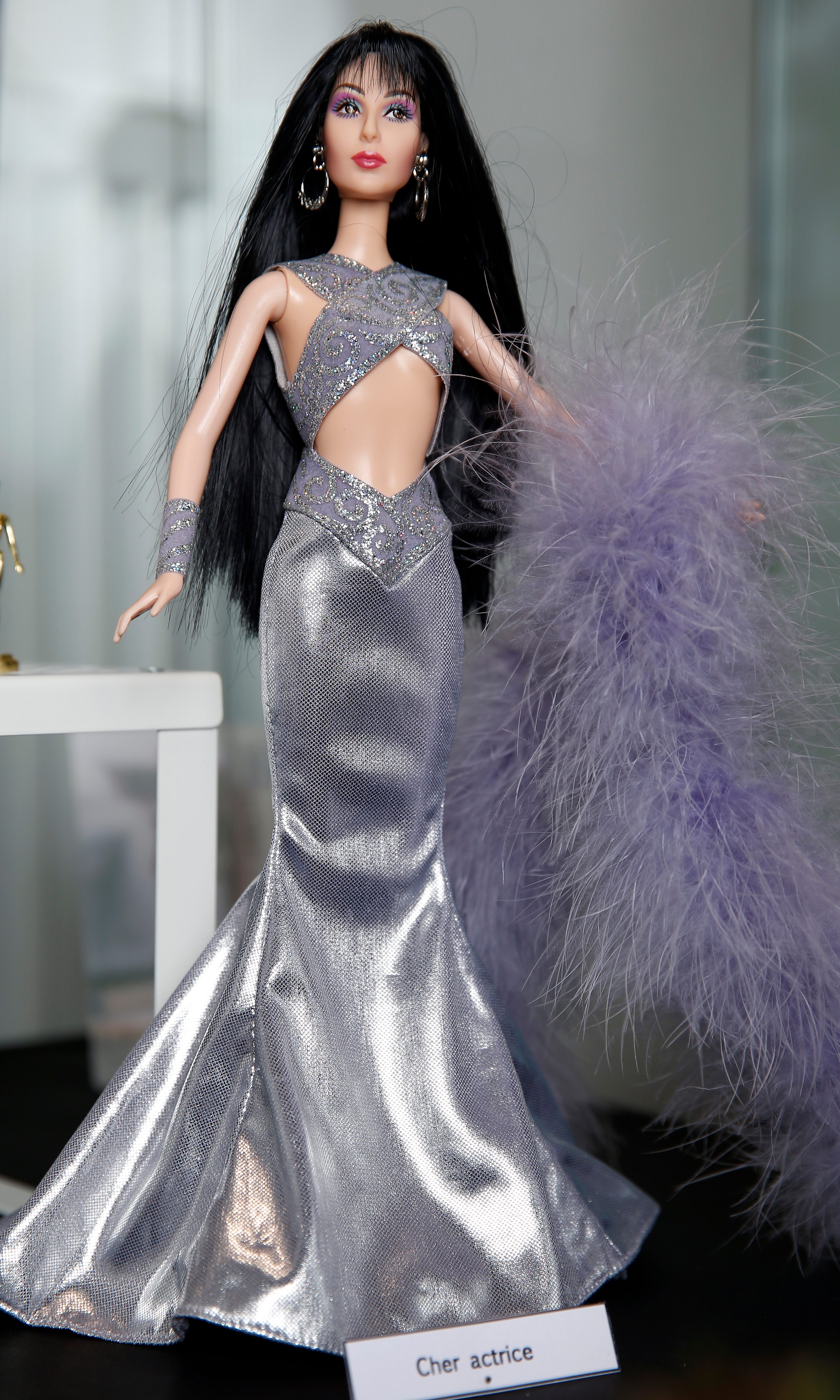 Not everyone who steps through the doors of Barbie Expo is a fashionista. Giobbi notes that many visitors are drawn to the exhibit for the nostalgia of it all. “They played with Barbie as a child and have fond memories of particular dolls,” she says. “While these people may miss the main purpose of our exhibit, they are enamored by the celebrity and character portrayals, such as Cher, Farrah Fawcett, and Wilma Flintstone.” That’s right—the exhibit houses the Barbie variations of these lovely ladies (and one very well-known cartoon character). Some Barbies have ended up in the public’s crosshairs over the years. Here are 11 Barbie doll controversies you completely forgot about.

According to Mattel, the company behind all things Barbie, there was a major surge in collectors beginning in the 1990s. Giobbi sees many of these collectors visit in an effort to see pieces that may be missing from their own assortment. “Often, these collector pieces are hard to come by or confined to a box where one can’t see the fine details in person,” she says. Giobbi points to Barbie Expo’s more extravagant pieces, like the Bob Mackie dolls, as the big draw for these particular visitors. There, they can see these gorgeous creations and their correlating fashions unboxed and in a beautiful environment. Check your attic: These 12 rare Barbie dolls could fetch a lot of money.

Montreal is strong in tourism and receives many international visitors year-round. Giobbi finds that tourists flock to Barbie Expo’s World Fashion section for this very reason. “They can scour the dolls to find one from their own country,” she says. “They love to pose next to them for Instagram!” Since Barbie is sold in 150 countries around the world, her international appeal is strong. Here are 20 things you probably didn’t know about Barbie.

Barbie has worked with some of the best designers in the world, each outfitting her in intricate designs that would make any real-life fashionista green with envy. Some of the best and brightest of these are included in Barbie Expo. We’re talking Dior, Oscar de la Renta, Moschino, DVF, and more, and Giobbi says that fashion-oriented folk really revel in these discoveries and collaborations. Fun fact: Designer Jeremy Scott’s 2014 Moschino show was inspired by Barbie. It featured her dream wardrobe (swoon).

At Expo Barbie, visitors get to experience the doll’s incredible fashions like never before. “No matter the original reason for visiting, most everyone enjoys the dioramas, such as the moving runway, complete with camera-flashing media,” says Giobbi. “Of course, we always try to keep things fresh with seasonal changes.” If you love fashion, you won’t want to miss these charming stories of 18 timeless vintage outfits.

Die-hard Barbie fans know that there are some truly coveted Barbies with very low production numbers (think less than 1,000 worldwide). Barbie Expo has several Platinum Label Barbies on display. These dolls are extra special, like the one modeled after filmmaker Ava DuVernay and another from 2015 that honors artist Andy Warhol. Because so few are produced, they often sell out quickly, with introductory retail prices steep for a Barbie (the Warhol doll, for example, was originally sold for $100, and that was before it became hard to find). For this reason, laying eyes on a Platinum Label Barbie at the exhibit is kind of a big deal. Here are more of the most expensive Barbie dolls ever made.

While each Barbie in the exhibit is special in her own unique way, Giobbi admits that she does have one personal favorite—a Silkstone doll called Fiorella. “She has an haute couture look with a soft, romantic feel,” says the exhibit curator. “She reminds me of a dream wedding dress that I never found. I also love that she has curly hair!” For a little background, Fiorella is a Gold Label Barbie that was introduced in 2014, and there are only 12,100 of these dolls in circulation, according to Mattel. Her face is sculpted in the “Nostalgic Barbie” design, and she is part of the Barbie Fashion Model Collection. Très chic! Do you know that Barbie has a last name? She does, as do these other characters you didn’t know had full names.

Did you know that there are Barbies designed with famous art in mind? Barbie Expo houses Water Lily, which was inspired by Claude Monet’s series of paintings, according to Giobbi. She says this particular doll is her daughter’s favorite. “She gets very excited every time we visit it,” says Giobbi. Water Lily happens to be the first doll released in a limited-edition series based on famous artwork and was introduced in 1997. Her dress is breathtaking, with an apropos water-lily print on the gown, which also features three layers of ruffles and translucent cascading beads over one shoulder and down the front. Check out these other childhood toys that are worth thousands.

As the largest permanent exhibition of Barbies in the world, Barbie Expo boasts more than 1,000 variations of the doll. But that doesn’t mean that Giobbi doesn’t have a long wish list of items she’d love to add to the space. For example, she’s dying to get her hands on two dolls that were re-creations of costumes from the Stardust Broadway musical from Erté, produced shortly after his death. “They are called ‘Stardust’ and ‘Stardust 2nd edition,'” she says. “From a fashion and historical perspective, having dolls that were influenced by one of the original creators of the Art Deco movement would be pretty significant, at least to me.”

Other Barbies on Giobbi’s dream list include a Bob Mackie one-of-a-kind-like “Alien Landed” doll, figures from the Women of Royalty collection (namely Queen Elizabeth I and Marie Antoinette, which happens to be on the list of most expensive Barbies ever made), and the Karl Lagerfeld Barbie doll “because of his huge influence on modern fashion,” says Giobbi. “It’s almost too good to be true!”

Can’t make it to Montreal? You’re not necessarily out of luck. Another Barbie exhibit is set to tour North America this year. According to USA Today, “Barbie: You Can Be Anything” will begin its journey at the Children’s Museum of Indianapolis in May 2020, where it will remain for a year. It will travel the continent after that. With plenty of Barbie fashions and other collectibles celebrating the icon, like Andy Warhol’s Barbie painting, it’s worth visiting even if the exhibit is only in your area for a brief time. Next, find out the most popular toy the year you were born.