Your Favorite Carnival Games Are Rigged—Here’s How

Sorry, but you probably won't be bringing that giant stuffed animal home.

Seems easy enough to toss a ball into a bucket. In fact, the game worker even threw a ball in successfully, then let you give it a test run. So why won’t it stay in after you’ve paid? Turns out, the worker’s example throw made it easier for you. “That first ball that the carny put in there initially … deadens the next one coming in,” fraud expert Bruce Walstad tells WKRG. With that first ball in, the next ones lose their bounce and will stay put. Once the employee convinces you to pay for a round, though, the bucket is empty again, so your ball bounces right out. Here are 20 more insider secrets for saving money at amusement parks.

Maybe you’ve played Horseshoes before and are feeling confident getting a ring around a bottle. Sorry, but you still probably can’t win these carnival games. (Don’t miss these other dumb mistakes from smart people.) “The rings barely fit over the bottle top,” retired police officer Rich Margittay, who investigated rigged carnival games for 35 years, tells TODAY. As if that weren’t hard enough, the rings are light and bouncy, making them less likely to settle on the bottle once they hit it. The versions with wooden blocks and bigger rings might seem easier, but they might actually be harder. The pentagon shape—which looks similar to a basic house outline—is deceptive. The carny can get the ring around the back side with the pointed end, but the block is too big for your ring to make it from the larger flat end, Walstad tells WKRG. 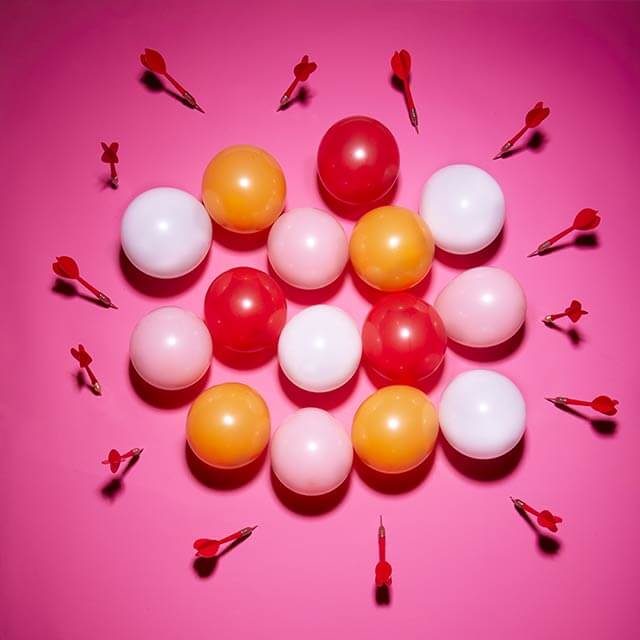 Throwing a sharp dart into a balloon sounds easy enough, but (surprise!) these aren’t your typical darts and balloons. The darts are already duller than you’d find at a bar, and the balloons aren’t inflated all the way, meaning you’d need more pressure to get them to burst. “You have to try to hit a balloon that is translucent, not one that’s underinflated,” Matt Gryczan, author of Carnival Secrets, tells the Chicago Tribune. Learn more tricks for winning the toughest carnival games.

In this game, you need to completely shoot out a star in the center of a piece of paper using a BB gun that shoots automatically. Not only are the guns hard to control, but the paper itself starts to work against you. At first, the BB rips through the untouched paper pretty easily, former NASA engineer Mark Rober tells Curiosity. “But Newton’s Third Law tells us that you can only push on something as hard as it can resist your push,” he says. “So at the end you have these barely supported pieces of the star that just move out of the way when the BB comes without building up enough stress to rip the paper.” If gambling is more your speed, stick with the casino games that won’t leave you broke.

To win this game, you’d need to bounce a ball against an angled board and get it to land in a basket underneath. The carny manages to get it in every time, but you can’t—the angle won’t allow it. It’s easier the closer you are (which is why it’s easy for the carnies to demonstrate), but the foul line keeps you too far to make it in. Even if the employee does an example shot behind the line, the carny will cheat and lean in just enough to get a better angle, says Walstad. For more common games, there are always tricks–here’s how to win tic-tac-toe every time.

Crawling to the top of an unsteady rope ladder just looks hard, but that won’t stop people from trying. Give it a shot for fun, but don’t underestimate how difficult it is without an obscene amount of practice. The ladders connect to the top wall at just one point, instead of the usual two. That single point of connection means you have less balance and need to keep your center of mass perfectly in the middle to avoid tipping—which is even tougher than walking a tightrope, when you’d be able to flail your arms up and down for balance, Rober tells Curiosity. Instead of keeping your eye on that stuffed animal prize, read these 11 adorable facts about teddy bears.

From the angle you’re shooting from, that basketball hoop looks totally normal—but it’s hiding some secrets. You might already notice the hoops are about a foot taller than usual and you stand a couple feet farther back, but that’s just the beginning. A standard basketball hoop is a circle, which works with the round basketball. Carnival hoops, on the other hand, are oval (but look perfectly round from behind the line) and have only 17 x 10.5 inches for the ball to get through, Margittay. “The ball barely fits,” he tells TODAY. “Plus, this ball is overinflated, so it bounces like a Super Ball when it hits the rim.” And that’s not all—netting and other objects behind the hoop are there to mess with your depth perception so you over- or under-shoot, says Glenn Hester, a Georgia police officer and magician who investigates carnival games fraud, tells AARP. (After giving up on the carnival games, watch out for these 10 online scams that can steal your money too.)

If you want to show off your pitching arm, you’re better off going to another field. Rober did some calculations for Curiosity and revealed the games claim throws travel 15 miles per hour slower than their actual speed. Don’t miss these other 26 secrets scammers don’t want you to know. 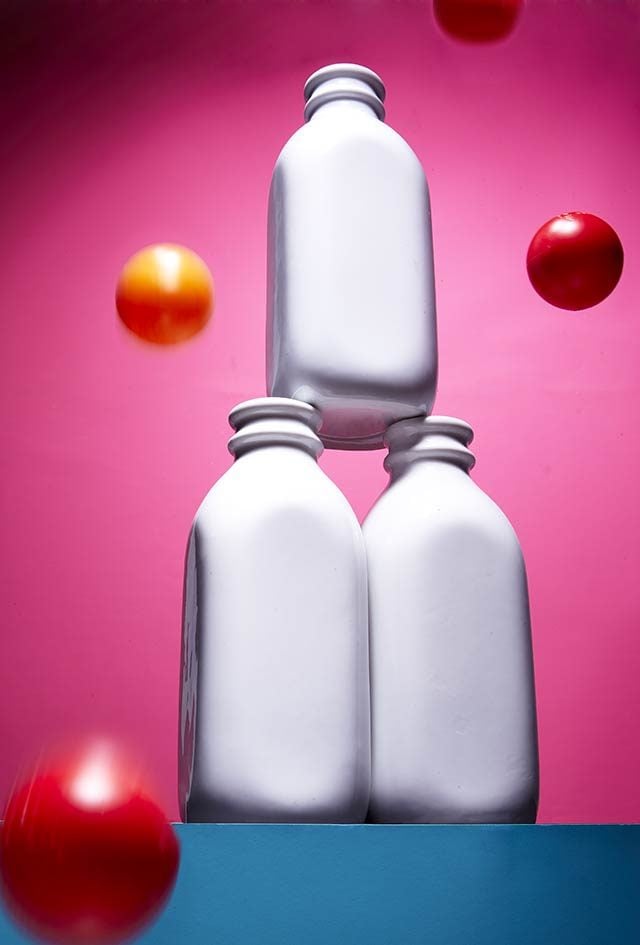 Of course a carnival won’t let you try to hit typical plastic bottles—that would be too easy. Some use heavier metal bottles, which are harder to knock down, says Rober. “I’ve seen some carnivals, though, where these are bottom-weighted, which would make them more steady and thus less likely to tip,” he says. He recommends asking to hold the bottle to get a sense of its weight, then aiming for the bottom middle bottle as hard as you can without losing accuracy. (Look for these games at the best state fair or festival in every state.)