15 Royal Family Milestones You Might Have Missed This Year

You know about Prince Harry's wedding to Meghan Markle and their subsequent baby news, the birth of Prince Louis, and maybe even Princess Eugenie's nuptials. But 2018 saw other notable royal occasions, too: a banner year for the Windsors! 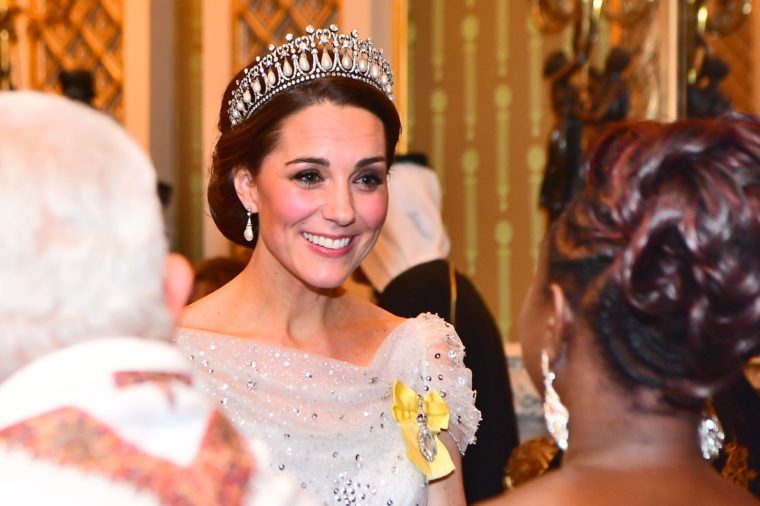 Women who marry into the royal family wait years to receive the symbolic honor of the Royal Family Order from Queen Elizabeth, and it looks like Duchess Catherine has finally snagged it. At a state dinner in October, Kate wore a brooch signifying the order, which features a painting of the Queen on glass pinned to a yellow ribbon. The palace confirmed to Vanity Fair that Kate was actually awarded the order in 2017; this is the first time the public has seen her wear it. (But, she has yet to receive the Royal Victorian Order, which is marked by a dark blue sash and awarded for service. Maybe next year!) Find about more things you didn’t know about the British royal family.

Kate is not the only one who received honors from the monarch in 2018. Harry has joined his brother and father in becoming a personal aide-de-camp to the Queen. It’s a ceremonial role awarded to military officers by the Queen, signifying Harry’s growing duties and position in the royal family. The dashing prince debuted the braided gold cords on his military uniform to mark the honor at an event during his Australian tour in October. Read about more things you didn’t know about Prince Harry. 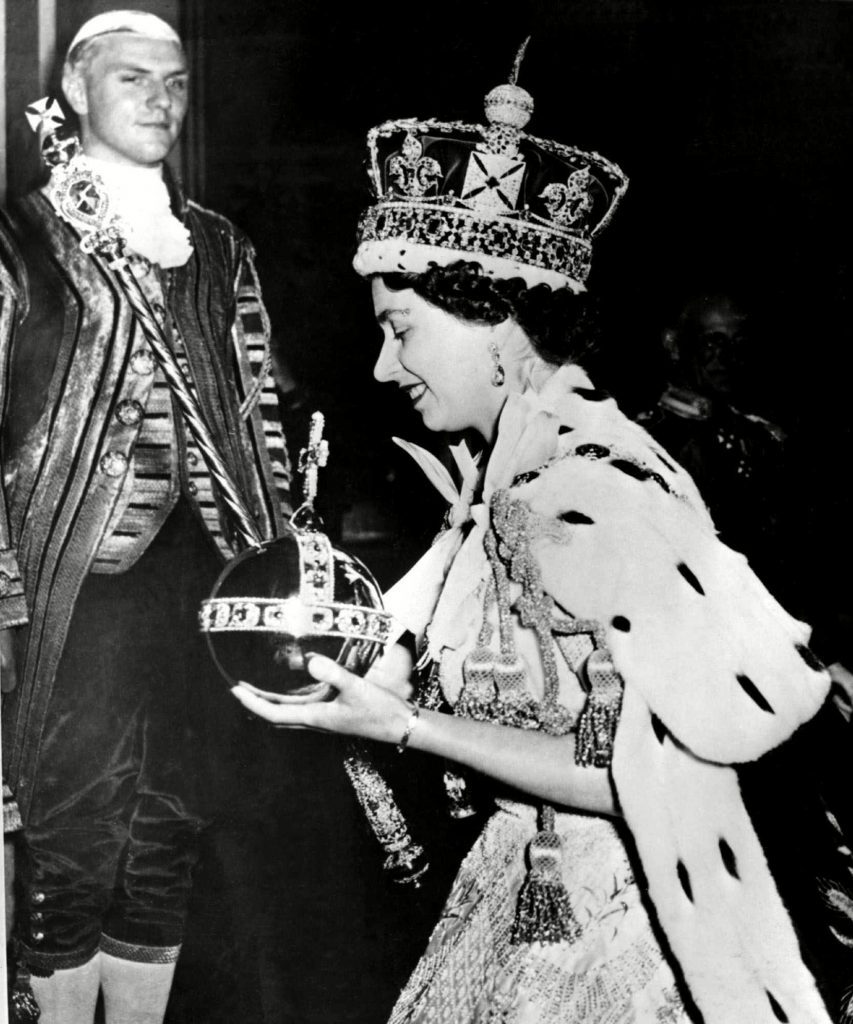 The 65th anniversary of the Queen’s coronation

In 2018, the longest reigning British monarch celebrated 65 years since her coronation (and 67 years since she took the throne, over two-thirds of a century). In a rare interview—as part of the BBC documentary The Coronation—Queen Elizabeth talked about that momentous date, June 2, 1953: “There are some disadvantages to crowns, but otherwise they’re quite important things,” she joked. “You can’t look down to read the speech, you have to take the speech up. Because if you did your neck would break, it would fall off.” Ouch! Read more fascinating facts about Queen Elizabeth II’s coronation. 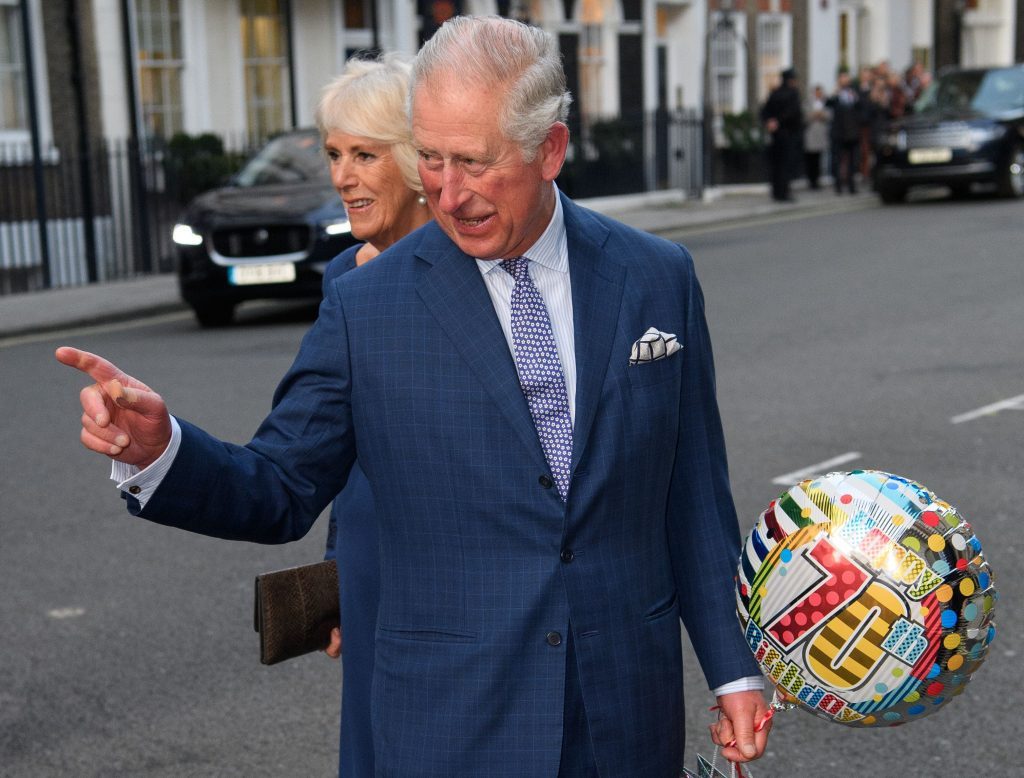 He’ll be the oldest British monarch to take the throne, and he’s been waiting longer than any other heir apparent, but Prince Charles still enjoyed celebrating his milestone 70th birthday on November 14. He marked the day with a private dinner at Buckingham Palace. The Queen gave the birthday toast: “Sustained by his wife, Camilla, he is his own man, passionate and creative,” she said. “So this toast is to wish a happy birthday to my son, in every respect a Duchy Original.” The Queen has a cheeky sense of humor indeed—Duchy Originals is actually the name of Charles’ organic food company known for their cookies. The prince’s birthday was also marked by the release of some adorable family photos that show Charles as a doting grandfather. Find out what Queen Elizabeth would prefer we not know about Prince Charles. 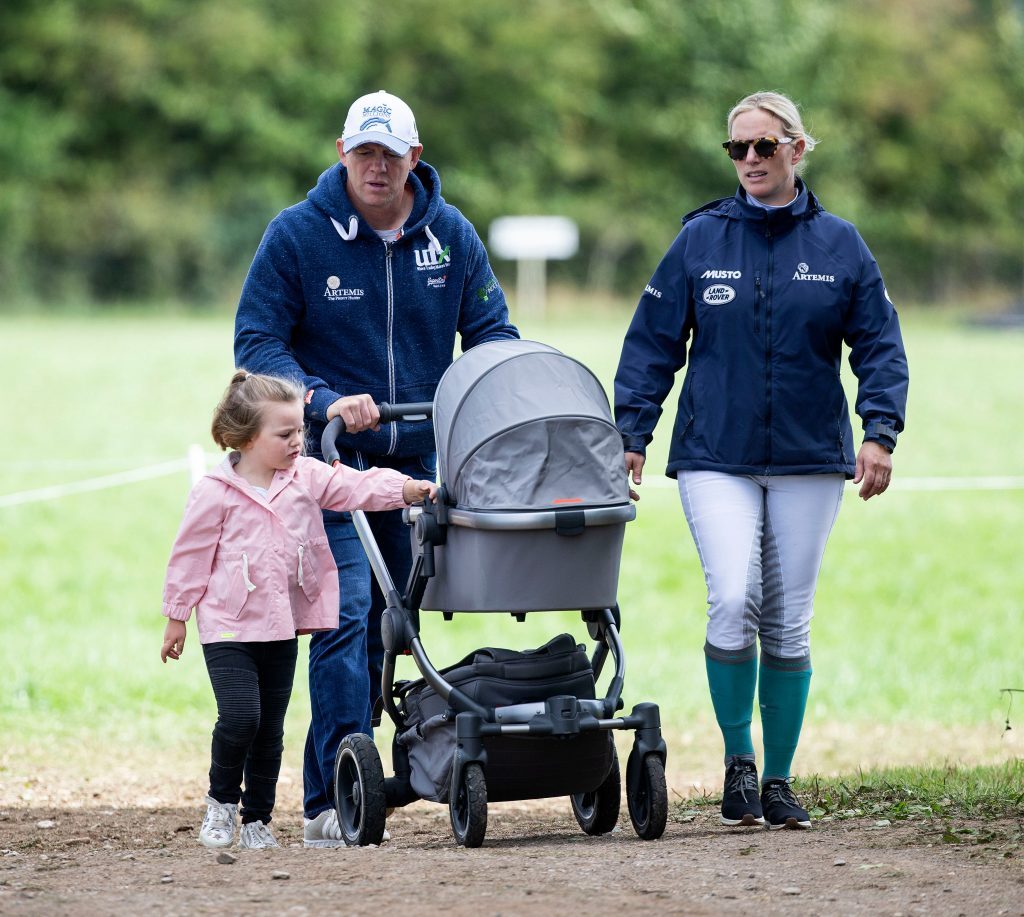 Prince Louis wasn’t the only royal baby born this year! Zara Tindall (neé Phillips), Queen Elizabeth’s oldest granddaughter, gave birth to her second child, Lena, on June 18. (You might remember Zara, who is Princess Anne’s daughter, pregnant at Prince Harry and Meghan Markle’s May wedding.) The new member of the royal family is the Queen’s seventh great-grandchild. Although less to-do was made about Lena’s birth than her two-months-older second cousin Prince Louis, the newborn did make her first appearance in a stroller commercial in September. Here’s the entire royal family tree, explained in one easy chart. 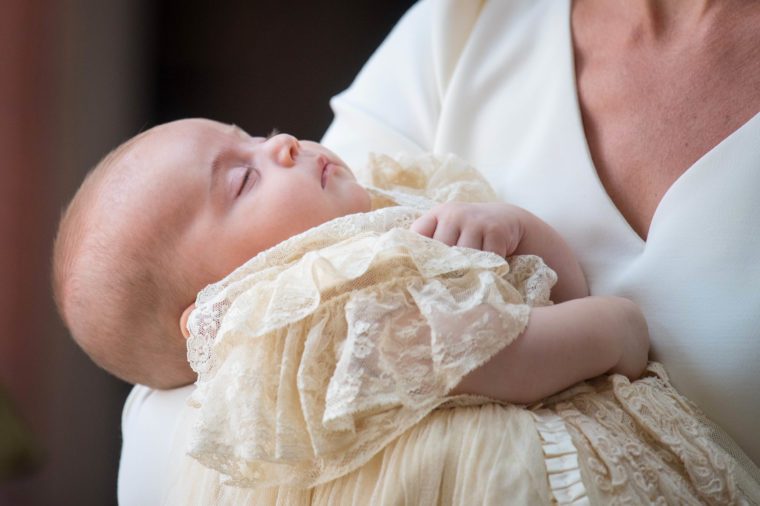 Speaking of babies, the adorable little royal was super cute at his christening in July in the arms of his proud mother Kate. Louis has six godparents, mostly friends of Kate and William. The service at St. James’ Palace in London was private, but the public was treated to appearances by the royal family outside the Chapel Royal, where the ceremony took place (although the Queen and Prince Philip did not attend). Later, official portraits of the happy brood were released. Here’s how the third royal baby completely changed British royal succession. 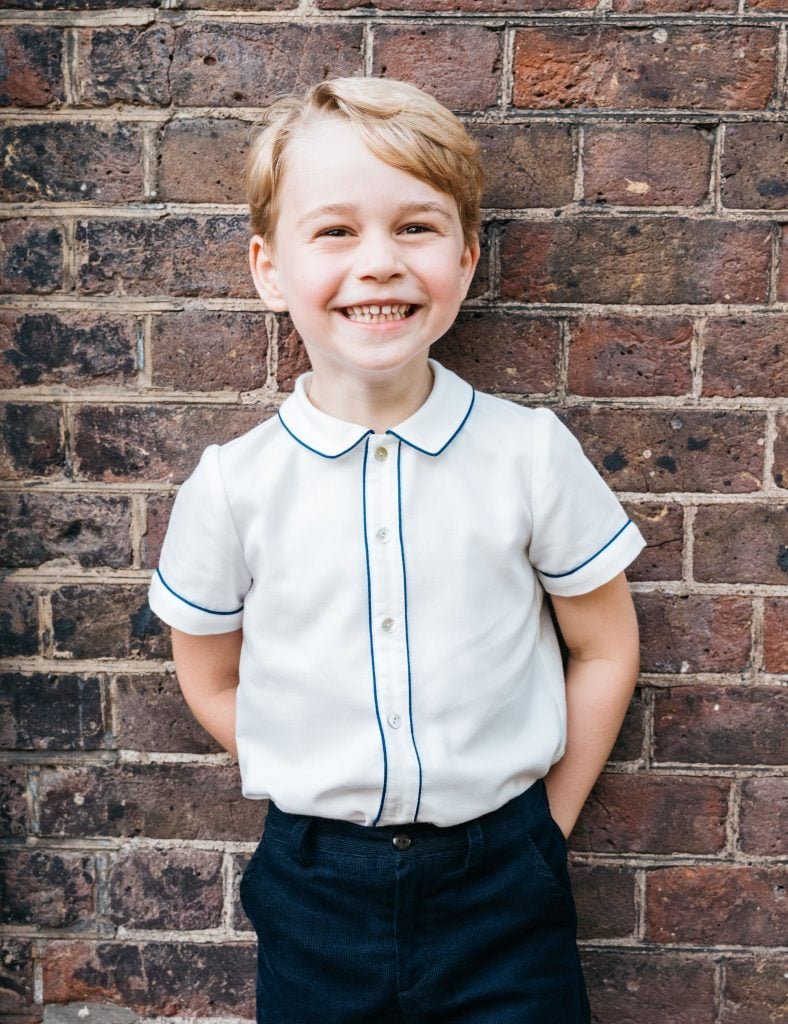 Not to be outdone by his younger brother, heir-to-the-throne Prince George celebrated his half-decade on July 22 and got a new smiling portrait. Signifying that the young royal is becoming a big boy, the following month the whole family gathered for his first grouse shoot at Balmoral Castle in Scotland. (The hunting of this game bird is a royal tradition some people were upset about). Prince George also marked another milestone this year with his first appearance in public wearing long pants instead of shorts, at Prince Harry’s wedding. Find out the royal birthday traditions you didn’t know existed. 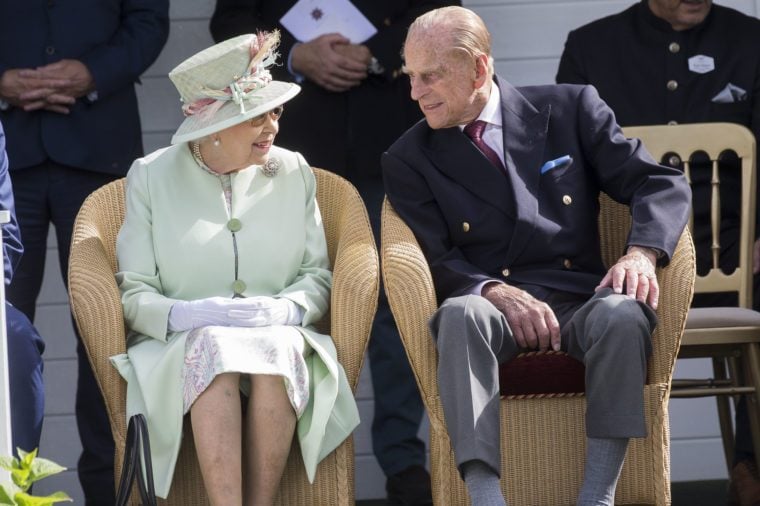 These two really are an amazing couple. At 92 and 97 years old respectively—and still in good health—Queen Elizabeth and Prince Philip have been married longer than any other couple on the British throne, celebrating their platinum anniversary last year. Wed on November 20, 1947, in Westminster Abbey, the pair actually met in 1934. They have four children, eight grandchildren, and seven great-grandchildren (with one on the way). Their anniversary this year was not celebrated publicly; in fact, the Queen reportedly had a busy day of official engagements. Prince Philip’s pet name for Queen Elizabeth will melt your heart. 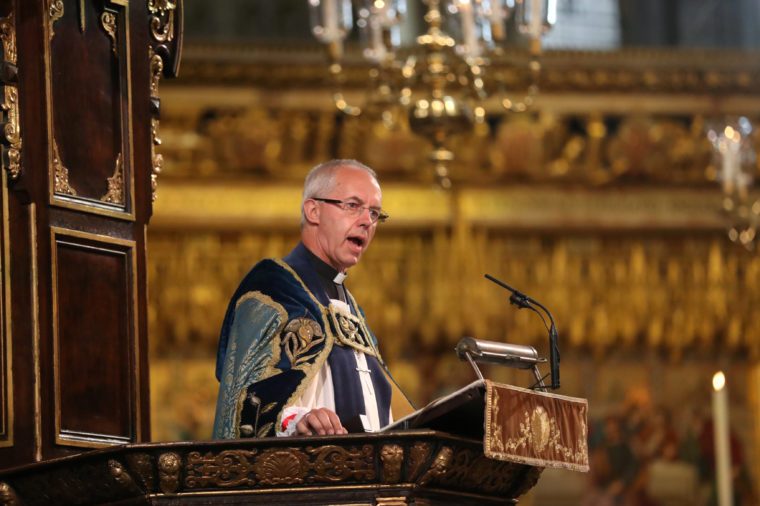 Meghan Markle was baptized into the Church of England

A couple of months before her wedding, Meghan chose to be christened and confirmed in the Church of England as a sign of respect for Queen Elizabeth, who is head of the church. (Markle was reportedly raised Episcopalian but attended a Catholic high school.) The event was kept private—and some would even say secret, as no announcement or photos were released of the event. But the Archbishop of Canterbury Justin Welby, who performed the ceremony at St. James’ Palace, said it was “very special. It was beautiful, sincere, and very moving.” 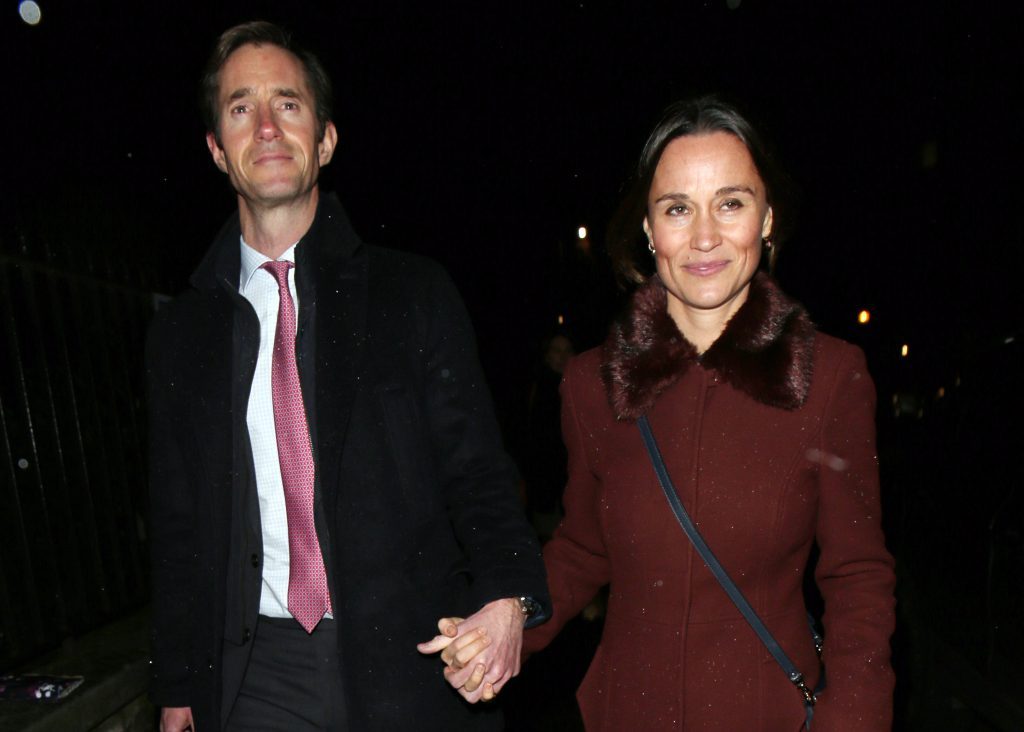 Kate and William became an aunt and uncle

Three days after Princess Eugenie’s wedding, and the day after Harry and Meghan’s pregnancy announcement, Pippa Middleton gave birth to a baby boy—October 15. Although not royalty themselves, the Middletons have been accepted into the fold by their royal in-laws, and Kate and William were “thrilled” at the news, a Kensington Palace spokesperson told CNN. Just one week after giving birth, Pippa and her husband, James Matthews, went out for a stroll with their son, affording the public the first glimpse of the new family. Also, check out the can’t-miss photos of Pippa Middleton’s gorgeous wedding ceremony.

Yes, the royals do work—and this fall marked Meghan Markle’s first solo charity initiative with the fundraising project Together: Our Community Cookbook. The book’s proceeds support the Hubb Community Kitchen in London, which provides food to the community and to victims of the city’s Grenfell Tower fire of 2017. The book was an instant bestseller, and Meghan continues to make regular visits to the Hubb in support of the initiative. She also wrote the foreword to the cookbook. Here are the ways Meghan Markle has broken royal protocol. 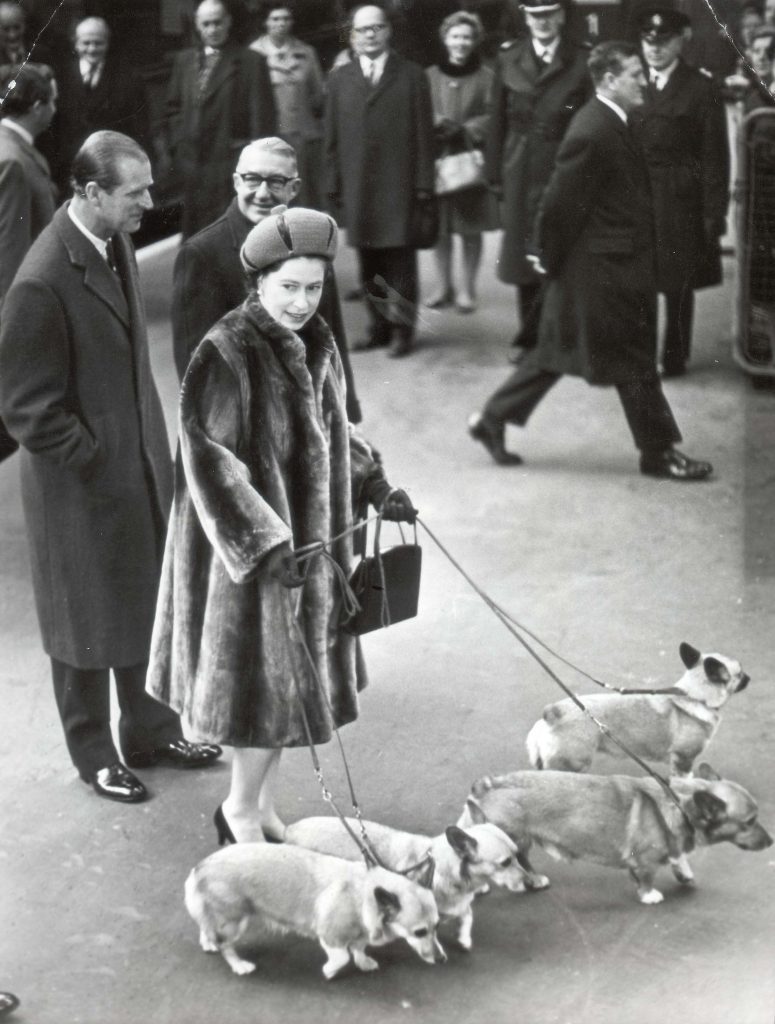 The end of the Queen’s line of corgis

Not all of 2018’s royal milestones were happy ones. The last of Queen Elizabeth’s beloved corgis, named Willow, died last spring. The Queen’s dogs were descended from her first pup, Susan, which she received as a gift from her father on her 18th birthday. Over the years the Queen has become known for her love of the breed, and the monarch was reportedly hit “extremely hard” by Willow’s death. But, Queen Elizabeth does still have a couple of other dogs: Two corgi-dachshund mixes and a corgi who had belonged to one of her gamekeepers. Happily, the Queen’s corgis won’t be forgotten, as there’s an animated movie about them in the works. Check out these vintage photos and paintings of royal dogs throughout history. 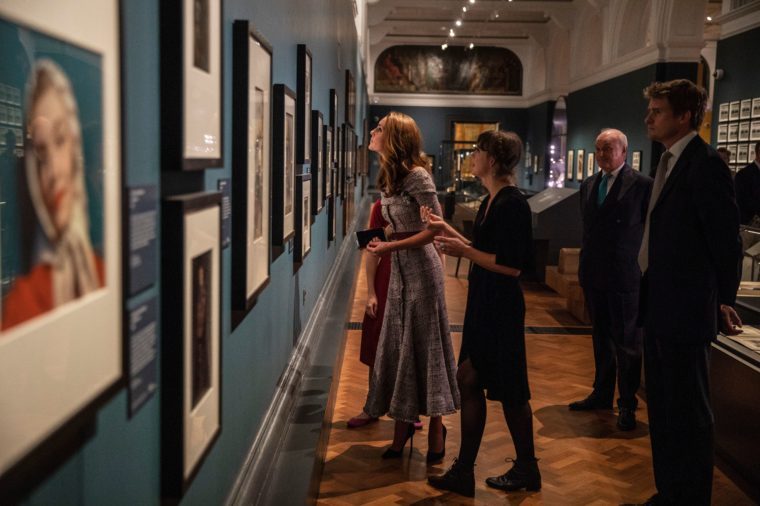 Although it’s named for two of the most beloved British royals in history, Queen Victoria and her husband, Prince Albert, their museum has never had an official royal patron—until now. Duchess Catherine, an avid photographer who has a degree in art history, took up the patronage for the V&A, regarded as the world’s greatest collection of decorative arts and design, in March. Following her maternity leave, she made her first official visit to the museum as patron to open its new photography center in October. Her patronage is also not surprising given the job Kate had before royal life—here’s what she did. 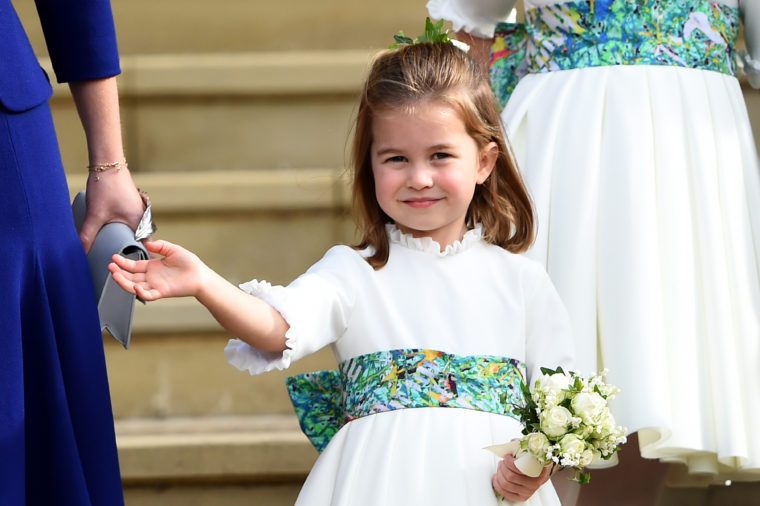 Back in January the adorable two-year-old (now three) began attending Willcocks Nursery School in London. The announcement was accompanied by pictures of the young princess in a red coat, shoes, and hair bow, and pink scarf and backpack snapped by her mother Kate at Kensington Palace before heading off to school. No sign of the first-day-of-school jitters here! But, the public shouldn’t expect to see such pictures every year—the goal is to limit the royal children’s overexposure. Here are the strict rules royal children need to follow. 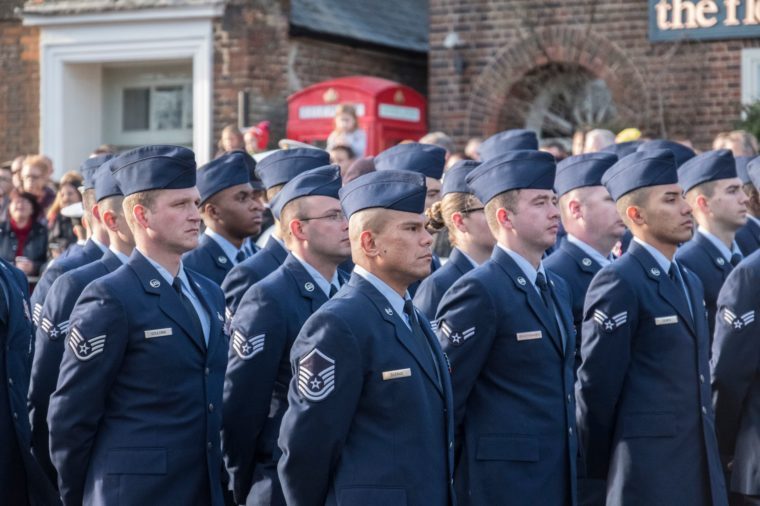 The 100th anniversaries of the Royal Air Force and Armistice Day

These milestones weren’t just celebrated by the royal family, but by all of England—and the world. The royal family, though, did mark the occasions with the tradition and ceremony the British monarchy is known for. For Armistice Day—also known as Remembrance Day in the United Kingdom, it commemorates the end of World War I on November 11, 1918—the royal family attended the reverent and solemn Festival of Remembrance, church services, and laying of wreaths. To honor the creation of the RAF 100 years ago in July, the royal family enjoyed an impressive fly-by and the presentation of new “colors,” or flags, by the Queen in a massive celebration outside Buckingham Palace. Next, check out these candid, rarely seen photos of the royal family.