This Is the Line of Succession to the British Throne

Wondering who will take the crown after Queen Elizabeth? This is who's next (and beyond) in the British royal line of succession.

1. Prince Charles, the Prince of Wales

Despite rumors that the royal line of succession would skip Prince Charles—he is the least popular royal after all—he’ll still be next in line for the throne as Queen Elizabeth’s oldest son. Despite his environmentalism and charity work, it seems the public just can’t forgive his role in his relationship with Diana. Already 69 years old, he will be the oldest person in British history to be crowned.

2. Prince William, the Duke of Cambridge

Next comes Prince Charles’ son, Prince William—the firstborn of the queen’s firstborn. Given the love the public already has for William and his wife, Katherine Middleton, he’s sure to keep that popularity as king. Learn more about why William will never be king before his dad.

He might only be four years old, but Prince George—firstborn child of Prince William—already has a massive responsibility ahead of him. After his father, George will be taking over the British crown. Based on these times Prince George’s expressions said exactly what we were thinking, the future king already understands the people.

Until her big brother has kids of his own, two-year-old Princess Charlotte is next in the royal line of succession. Still, this is why Princess Charlotte’s kids won’t get royal titles, even though her brother’s will.

William and Kate’s third child is next in line after Charlotte. In the past, a son would have gone above Princess Charlotte in the succession, but a new law will let her hold her place in the royal line of succession. We approve of any modernization that gives women equal status, even if the Prince in question is this adorable.

6. Harry, the Duke of Sussex

Even after the man formerly known as Prince Harry and his wife Meghan stepped down as senior members of the royal family and moved to the U.S., Prince Harry remains sixth in line to the throne. Although he is still a Prince by birthright, Harry and Meghan gave up their royal titles, and are now known only as the Duke and Duchess of Sussex. Succession to the throne is governed by legislation, which means that it would take an Act of Parliament to remove Harry (or his son, Archie) from the line of succession. As the sixth in line, however, it is unlikely that the Prince will ever become a King, which seems to be his preference anyway. Did you know that “Harry” isn’t actually his real name? 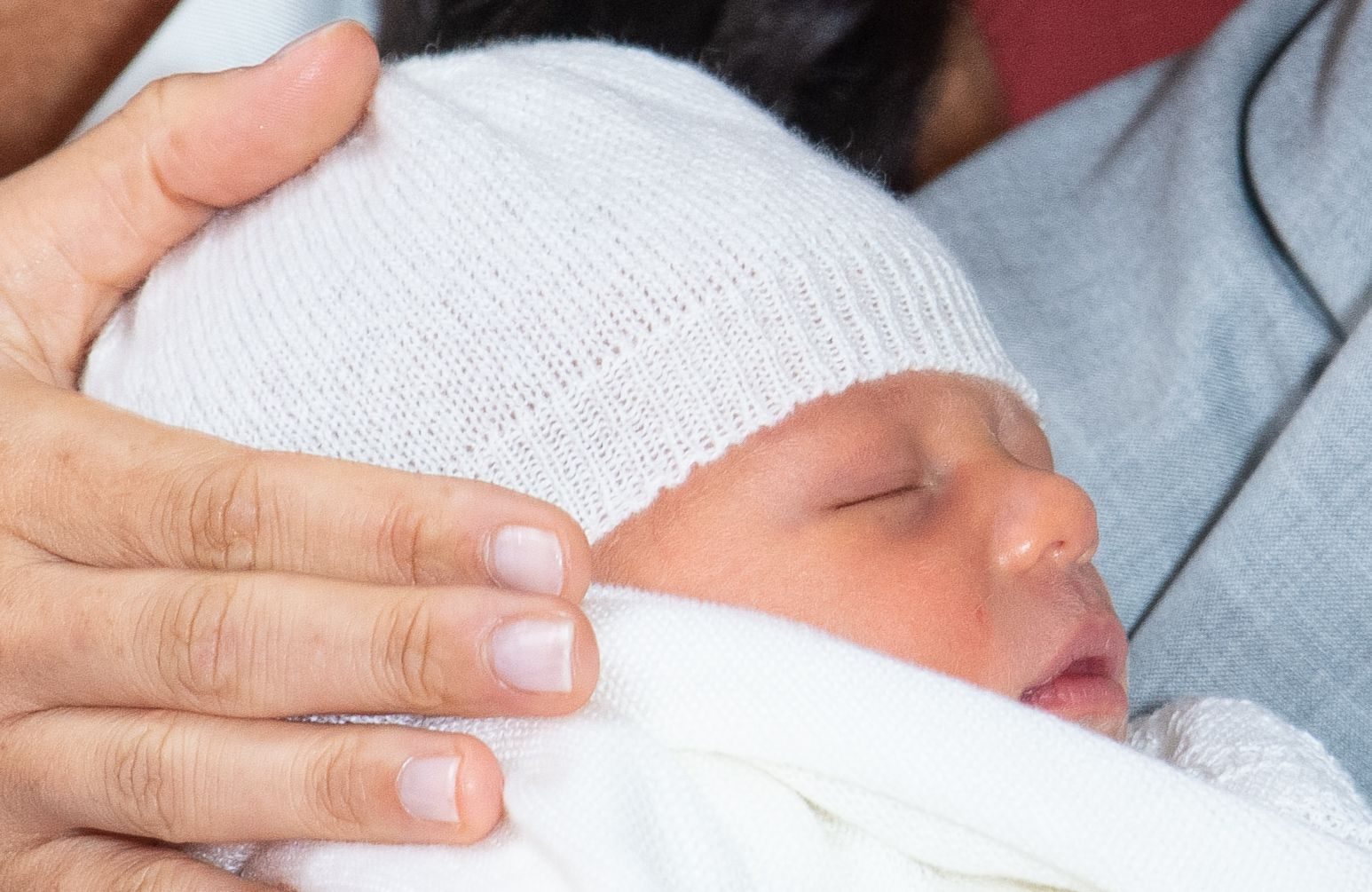 Even though his parents declined to give him a title, and have decided to raise him in the United States as a private citizen, young Archie is still seventh in line to the throne. When Charles becomes King, he will be entitled to call himself Prince Archie if he likes, but whatever he decides he will inherit the title of Duke of Sussex from his father. However, he’ll probably be brought up without these rules all royal children must follow.

8. Prince Andrew, the Duke of York

If something were to happen to his nephews and their kids, Prince Andrew—Queen Elizabeth II’s second son and Prince Charles’s younger brother—would step up to be king, despite some recent scandals. Here’s how much each member of the royal family is actually worth.

Before Princess Charlotte was born, Prince Andrew’s 32-year-old daughter Beatrice was the highest-ranking female in the British line of succession. Here are 15 things you didn’t know about the Princess.

Right after her big sister, Princess Eugenie (Andrew’s other daughter) would be next in line to become Queen of the United Kingdom. These are the non-royal jobs she and the rest of her family have held.

11. Prince Edward, the Earl of Wessex

Until a few years ago, sons got dibs on the crown before their sisters in the British royal succession, so Queen Elizabeth II’s youngest son Prince Edward still ranks higher on the line of succession than his older sister, Princess Anne. Fortunately, that rule won’t apply to Princess Charlotte. There are strange royal traditions, and then there are strange royal superstitions.

Prince Edward’s son, James, isn’t called a “prince” because his parents rejected the title so he could have a more normal childhood. However, he’s still 12th in line for the throne! Confused? This easy chart will help you understand the full royal family tree.

Louise might be older than her brother, James, but she is still behind him in line for the crown.

Queen Elizabeth II’s second child and only daughter comes after her three brothers and their kids in the line of succession. There’s that sexist tradition again! Don’t miss these crazy conspiracy theories about the royal family.

Although Princess Anne’s ex-husband Mark Phillips was a commoner (meaning their children wouldn’t automatically be given titles), Queen Elizabeth offered them to her sister anyway, but Princess Anne chose to decline: hence, Mr. Peter Phillips. The managing director of Sports and Entertainment Limited UK has been known to stay out of the limelight and reportedly didn’t even tell his future wife he was royalty until she noticed him on TV with the rest of the royal family six weeks after they met. Maybe he doesn’t like the standards of these 14 etiquette rules the British royal family needs to follow.

Peter’s ten-year-old daughter (the queen’s eldest great-granddaughter) is number 16 in the line of succession. As titles come from the father, Savannah and her little sister Isla don’t have them. Find out why the royal family doesn’t normally have a last name.

Savannah’s eight-year-old little sister, Isla, would get the crown next if the time came.

Princess Anne’s daughter is listed last in the official line of succession. She’s an equestrian and married rugby player Mike Tindall. Even though these successors are all prepared should their services be required, these are the 13 reasons Queen Elizabeth will never give up the throne.