We’re all guilty of doing these things every once in a while. But being rude on the road can also mean that you’re putting yourself and other drivers in danger.

Tailgating not only distracts the driver in front of you, but it can also blind them if your headlights are on. They feel pressure to drive faster and could potentially get angry leading to a road rage incident. “It’s not just a rude habit, it’s a dangerous habit,” says Leslie Kasperowicz, Managing Editor at AutoInsurance.org. “Rear-end collisions are the most common type of collision, making up nearly 30 percent of all accidents. Those accidents cause injuries and even fatalities – thousands of fatalities each year.” Brush up on these driving etiquette rules you’ve probably forgotten since drivers ed.

Almost everyone has experienced the frustration of getting stuck behind a slow driver. Not only is it annoying, but it can also be unsafe to drive too much below the speed limit—especially on the highway—because someone might have to merge in behind you and if they’re moving at a much faster speed it could cause a collision. Keep your car safe–learn what those dashboard lights mean.

Even though high beams help you see better at night, they can make it very difficult for oncoming traffic to see what’s in front of them. “We teach our students to always drive with your headlights on but high beams should only be used when legal,” says Jeff Westover, owner of 911 Driving Schools. “Most people do not know that their headlamps are adjustable. The left headlamp should be adjusted slightly down and slightly to the right as to not be in the eyes of an oncoming driver.” These are things you’re doing that your car mechanics wouldn’t.

Many drivers ignore the signs on the highway that say, “Keep right unless passing.” “In almost all states the left lane is reserved for passing and emergency vehicles,” says Westover. If you find that you drive on the slower side, stay to the right on the highway, then the left lane will be open for drivers that want to get around you.

When driving on a roadway with multiple lanes, pick one and stay in it. If you need to get over to make a turn or get around a slow driver, use your blinker and look for cars that could be in your blind spot. Changing lanes too often can cause traffic or even worse, an accident. Here’s exactly how you should handle these 10 scary driving scenarios.

Using your horn too much

“In some parts of the country, the horn is considered a communication device (e.g. New York City). But your horn and emergency hazard lights are actually the required emergency devices for your vehicle,” says Westover. “Most states have laws that are titled “illegal use of emergency equipment.” Meaning when drivers use their horn after a hazardous situation has already occurred—basically to yell at the other driver—they’re using the horn as an emotional device and not an emergency device.”

Everyone on the road is trying to get from point A to point B. Don’t get road rage because you’re not happy with the way other people are driving, it only makes the situation worse. If a driver is putting other people in danger, call the police. Don’t try to fix the problem yourself.

Not pulling over for emergency vehicles

Laws about moving over for emergency vehicle vary from state to state. But a commonality among them is that you need to get out of the way so they can get to the emergency that they’ve been called to. Always be checking your rearview mirror for lights and be listening for sirens, when you hear or see them move to the side of the road.

When the cars around you can feel the bass from your car, you need to lower your music. It’s rude to the drivers around you and to the people living in the neighborhoods you’re driving through. You should never be doing these things in your car. 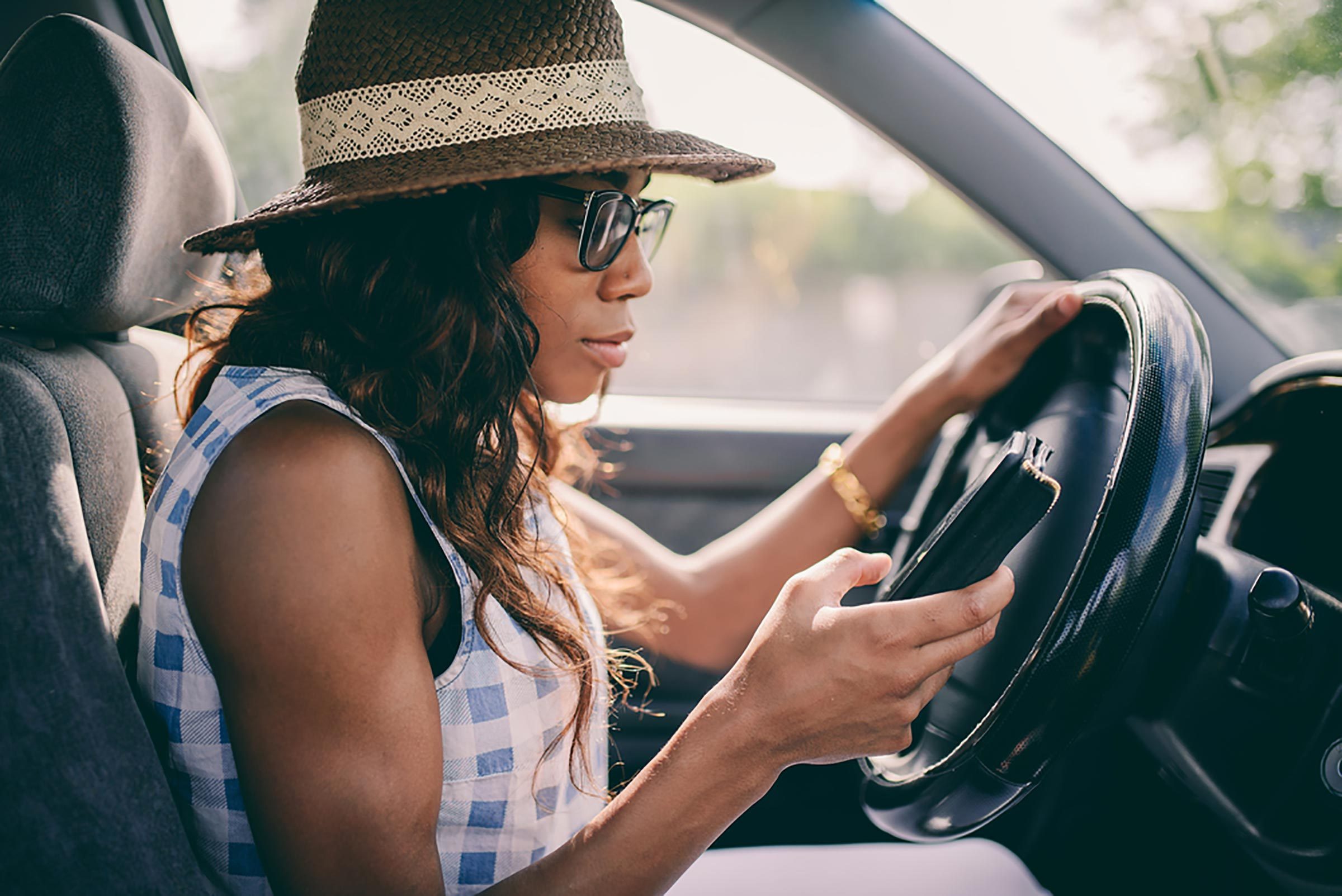 Being a distracted driver

Letting yourself get distracted while driving isn’t only rude, but it could be deadly. Eating food, trying to read a map or GPS, texting or talking on your cellphone, and listening to loud music are all form of distracted driving. “When you take your attention away from the road and read a text message from a friend or quickly respond to an email, it might seem like a harmless deed, but it can have deadly consequences,” says attorney Marc Lamber who also spearheads a Stop Distracted Drivers campaign. “And while cell phones are definitely the major factor in most distracted-driving accidents, anything that takes your attention away from actually driving means that you’re not as aware of your surroundings as you should be, and you’re then at greater risk for an accident.”

If you’re borrowing a car from someone with a handicap pass, don’t park in handicap spaces in parking lots. Those are reserved for people who actually need to be close to the entrance of the building.

Making it difficult for someone to merge

When you know a driver is going to be merging into your lane, either slow down to let them in or move to the left lane so they can get in. Don’t try to speed up to get in front of them unless you’re not able to merge to a different lane.

Your car has turn signals for a reason, so use them. Other drivers on the road can’t read your mind and don’t know what your next move is going to be. They make the roads safer for everyone. After you’ve mastered being polite on the road, here are other little etiquette rules you should always follow.

Morgan Cutolo
Morgan is the Senior Production Editor at Trusted Media Brands. She graduated from the University of New Hampshire in 2016 where she received her Bachelor of Arts in Journalism. She works with our Production Coordinators to keep content moving and make sure that things are working well behind the scenes for all our digital sites. In her free time, she likes exploring the seacoast of Maine where she lives and works remotely full time and snuggling up on the couch with her corgi, Eggo, to watch HGTV or The Office.