Don't "forget" your wallet again, or commit these other money habits that are just as rude. 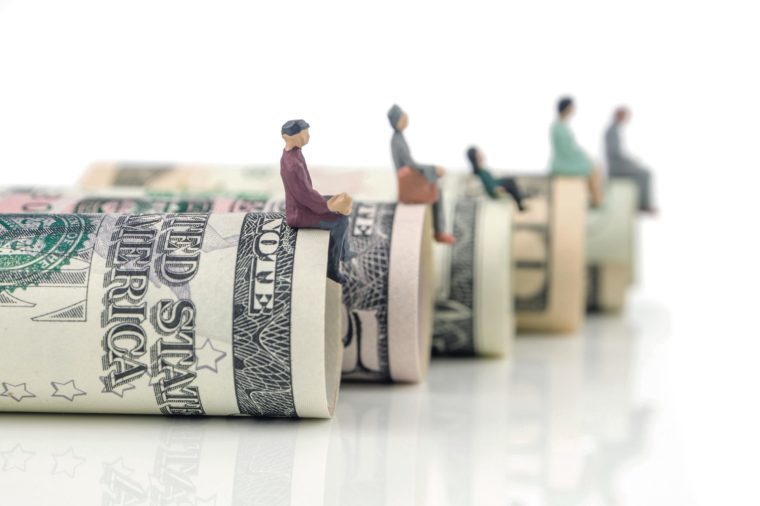 Everyone has their own unique and independent relationship with money. This relationship impacts how people prioritize spending their cash, according to Bonnie Tsai, an etiquette expert and founder and director of Beyond Etiquette. “You should never assume people have the same spending habits as you, no matter how alike your lifestyles may be,” Tsai says. It’s OK that what you consider an important purchase or a necessity isn’t also a priority for other people. If you’re a frugal type, you’ll love these easy tips to save money. 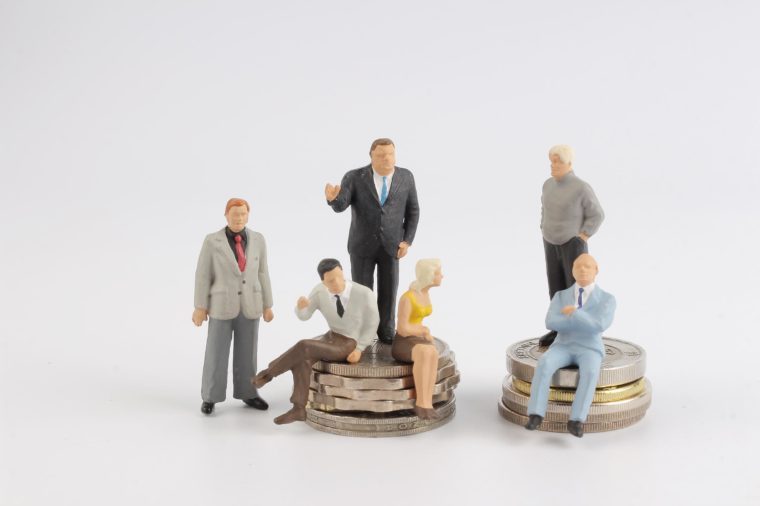 Judging people based on how they spend their money

In the same breath, how people decide to spend their hard-earned money is their right. “If your friend gets weekly massages and you find that to be too extravagant for your taste, remember to keep those thoughts to yourself because it’s their money and they get to decide for themselves,” Tsai says. This is one of the things rich people never do. 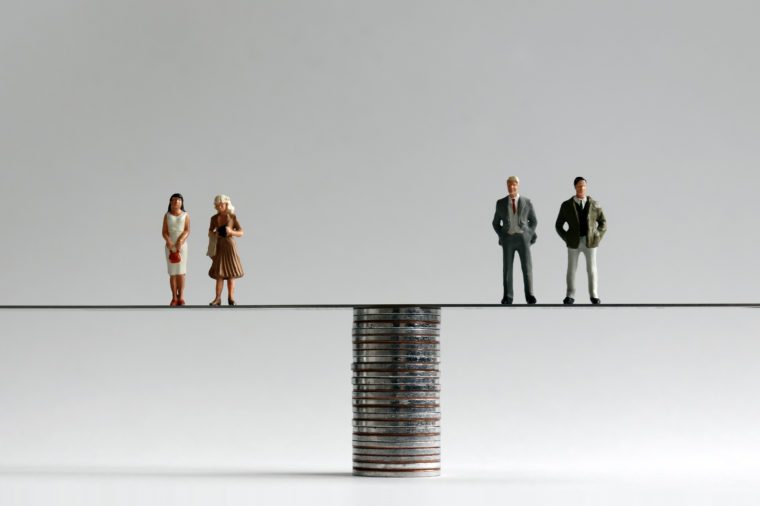 In situations where everyone orders the same thing or items that are at a similar price, it’s OK to split the bill evenly. It’s not OK, however, to do so if there’s a drastic difference in how much you order. So if someone didn’t order cocktails or a dessert, it’s not fair to ask them to split the bill 50/50, Tsai says. Instead, let your server know you’ll split the bill before you order because that will save both you and the server time and effort in figuring out the end bills. Tsai says it’s a good idea to discuss how you want to handle the bill beforehand to prevent any tense or awkward situations at the end of the meal. There are some ways to save money at restaurants—here’s how. 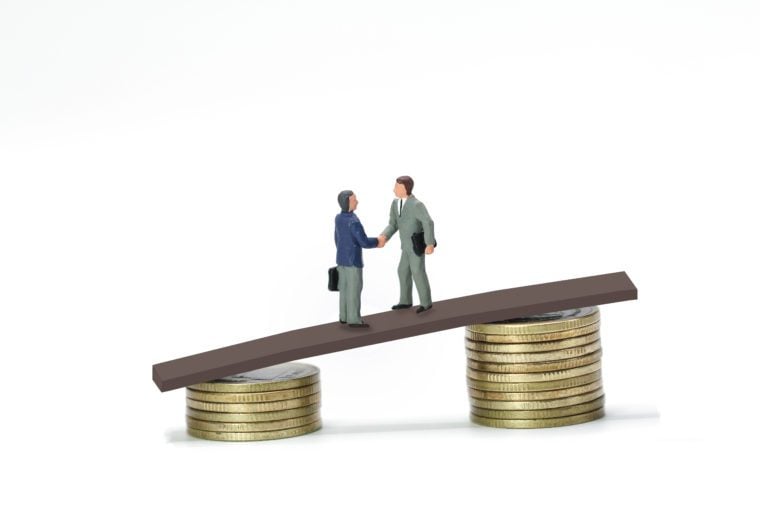 Asking a friend for a discount on their expertise or service

If you have talented friends that are photographers, handymen, or makeup artists, it’s great to support them and use their services before contacting a stranger. Don’t strain the friendship by assuming or asking for a discount rate. “Your relationship with them does not warrant a discount for their skills and time spent on your project,” Tsai says. “This not only tells them that you value their expertise less than others in the same profession, but it also indicates that you don’t respect the importance of your friendship.” If your friend chooses to offer a discount as a friendly gesture, Tsai says to acknowledge it and express your gratitude and appreciation. The same goes for absolute strangers. So when your server hands you the bill, be sure to tip 20 percent and avoid these other rude restaurant habits. 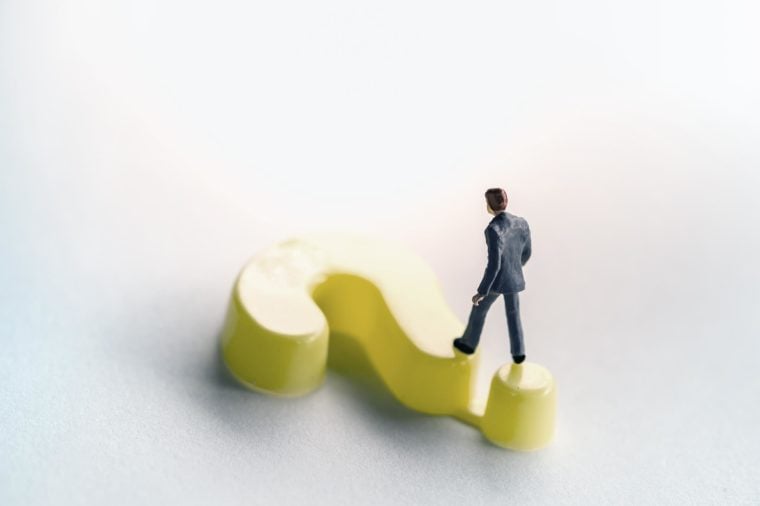 Asking how much something costs

Don’t let your curiosity get the best of you. Asking someone how much their shoes, car, or diamond ring cost is one of the rudest money habits. Plus, it feels like a huge invasion of privacy. “Remember, they have no obligation to share with you how much they spent on their belongings and vice versa,” Tsai says. If you’re still extremely curious about the price range, open up Google. Remember that asking probing questions about money, and these 12 other rude conversation habits, are sure to turn off whomever you’re chatting up. 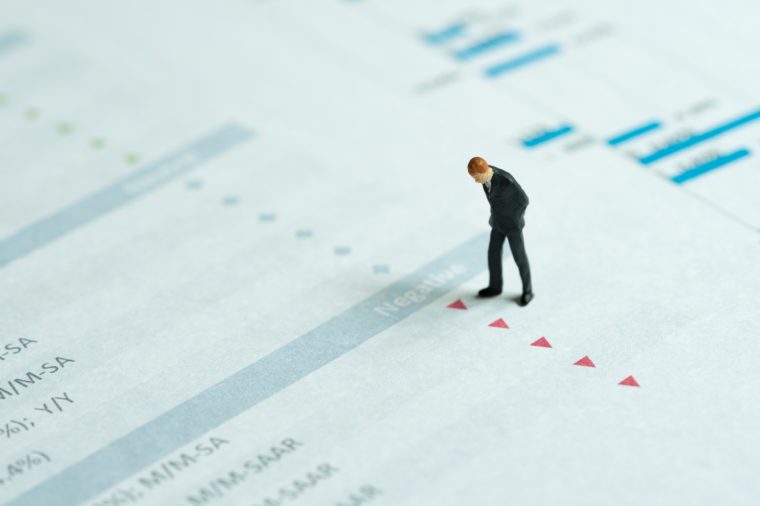 There’s a time and a place to discuss money with friends and family. But Tsai warns to tread carefully since someone might be making way more or less money than you. “You never know what the other person is going through financially,” Tsai says. “Therefore, venting about your financial issues can end up making them feel worse, especially if they make less than you.” Money shouldn’t be a taboo topic to talk about, but recognize that not everyone is going to be comfortable with that conversation. Instead of complaining, let the gratitude flow by remembering all these free things that used to cost money. 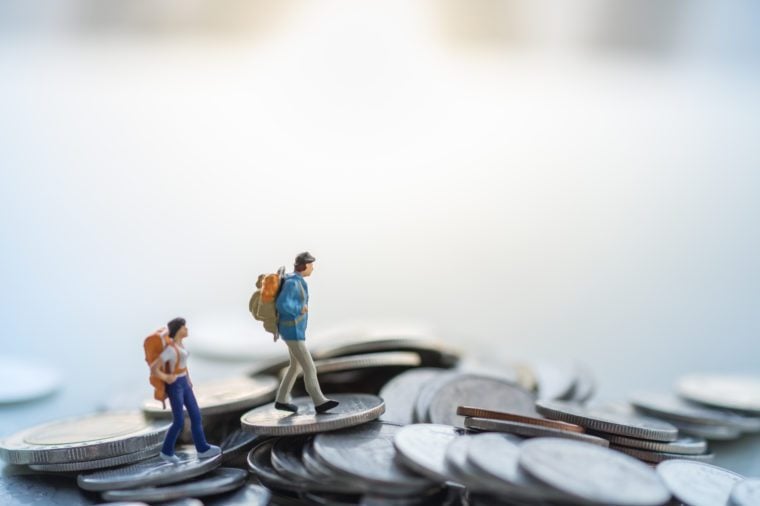 Of course, everyone would love to try new classes, travel more, and see shows. Everyone’s budget for these different areas of their lives will vary. So Tsai suggests asking everyone for their budget before making plans, so no one feels pressured to spend more money than is comfortable. Do as much research as possible to determine how much money you’ll need for a vacation and other fun activities. 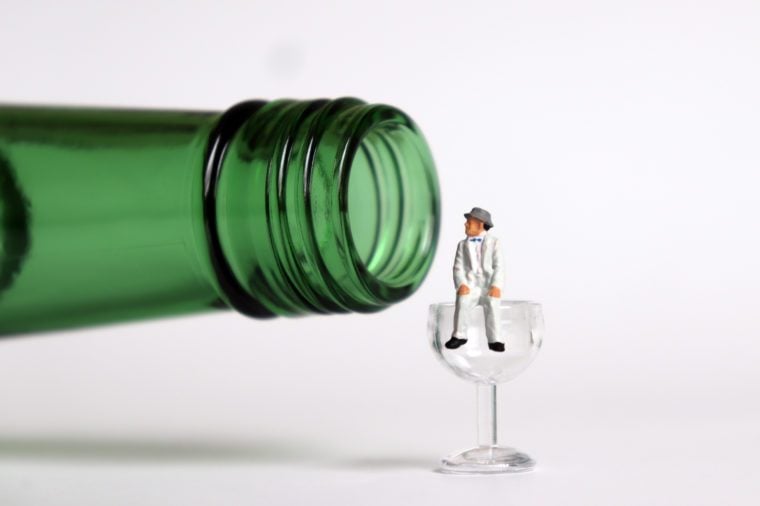 Having a cash bar

Weddings are ridiculously expensive, for both attendees and the happy couple. While planning the big day, Emilie Dulles, who has 30 years of experience in traditional etiquette, recommends budgeting for a few liquor and wine choices. “If a couple is working with a limited set of resources, it is better to go mid-range on limited liquor choices and wine offerings than to force your guests to fork over cash to cover their libations,” Dulles says. It’s especially rude to offer a cash bar when it’s obvious that other areas of the wedding, such as the bridal gown, venue, or extensive flower arrangements, are visibly pricey. These are the outdated wedding rules no one follows anymore. 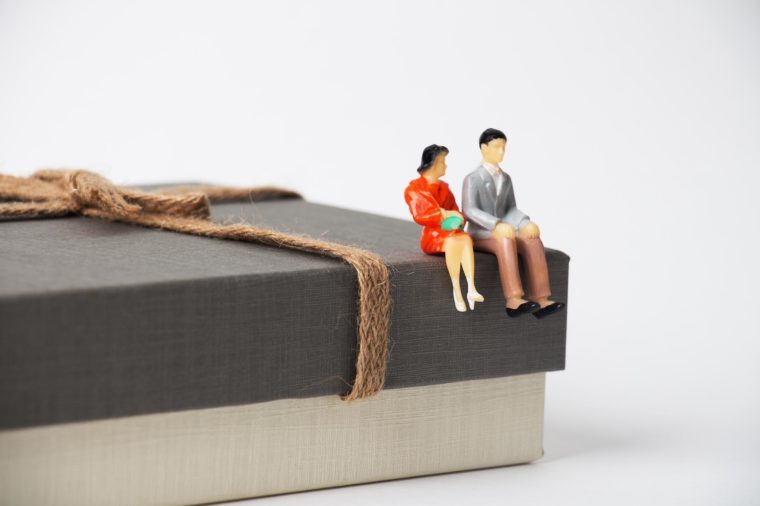 Holiday giving and spending is unnecessarily stressful. Not only are you trying to fit everyone into your budget, but you want to give a gift that people will enjoy and appreciate. Amongst all this planning, don’t make the rude mistake of over and under-gifting. “Whilst not all family members have to receive the exact same value of gift, you want to make sure that there isn’t blatant favoritism shown for one relative over another,” Dulles says. As a family, to mitigate rude gifting, it’s helpful to agree on a price range for gifts and then stick to the decided amount. While you’re creating your shopping list, check out the 10 pieces of gift-giving etiquette you need for the holiday season. 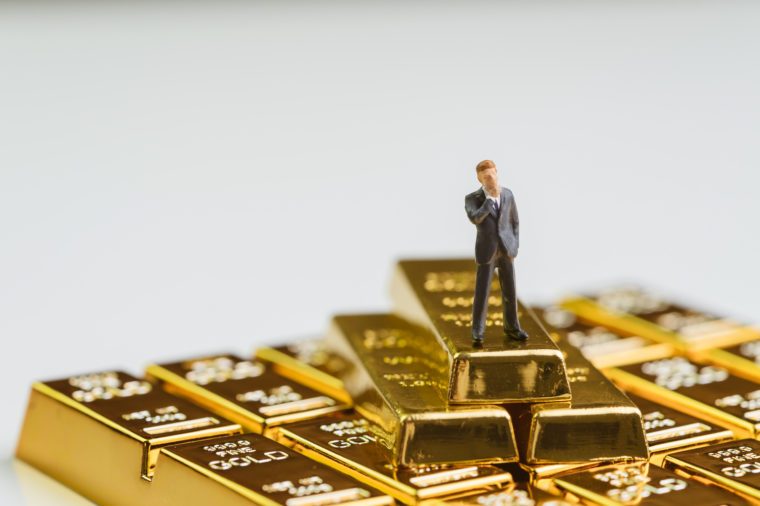 Carrying your money in a flashy way

No, you’re not a superstar in a ’90s music video. So there’s no reason to flash a big wad of cash while out with friends or family. “Cash is a practical way to pay for food and drinks of course, yet if carrying around a sizable amount, do so discreetly,” Dulles says. “Not only out of polished manners but also for your own safety.” Of course, how you carry your money is your personal choice. You can avoid being rude by keeping this in mind: “Modesty is best when it comes to money. Enjoy what you have, but don’t try to make others feel bad by being ostentatious,” Dulles says. This isn’t one of them, but here are the money rules you can (and should!) break. 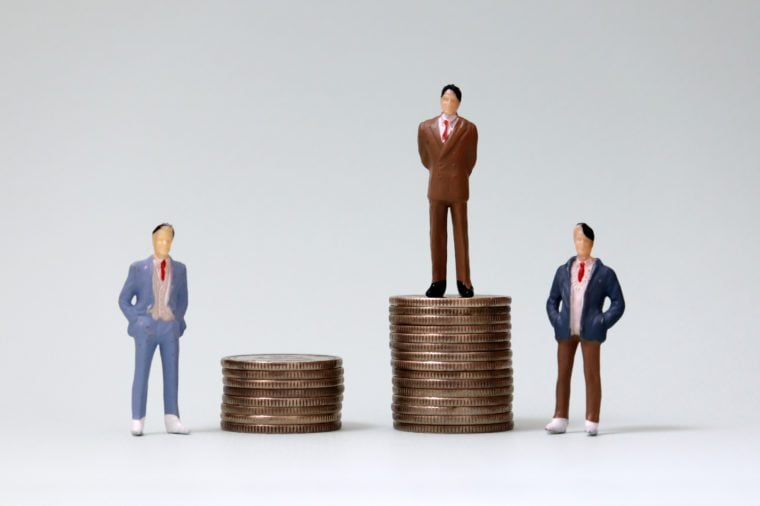 Borrowing money without plans to pay it back

One of the worst rude money habits is borrowing money from friends or family and not paying it back. That goes for small amounts of money, too, according to Kimberly Palmer, a personal finance expert at NerdWallet. “This habit can destroy relationships,” she says. “People are often afraid to bring up the topic, so they don’t explicitly ask for the money back.” If you’re the borrower, Palmer says to pay it back quickly with peer-to-peer apps like Venmo, PayPal, or Apple Cash. If you’re the lender, don’t be shy about casually reminding the borrower that they haven’t paid it back. Much of the embarrassment around money is what actually leads to rude money behavior, according to Palmer. Getting more comfortable with discussing the topic makes it much easier to minimize rude behavior when money comes up. With a well-thought-out budget, you’ll find yourself needing to borrow less often. Learn how to make a budget here. 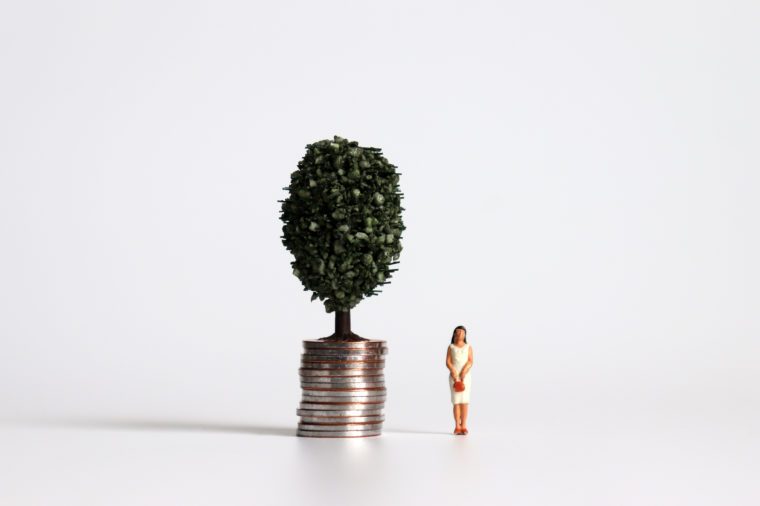 “Forgetting” your wallet at home

Occasionally forgetting your wallet at home is one thing, but it’s totally different to do so repeatedly. If you’re absentminded and notice that you do genuinely leave the house without your wallet from time to time, Dulles suggests carrying an emergency $20, a credit card, and your ID in your phone case. You’ll always be ready for spontaneous get-togethers, and you won’t be guilty of this rude money habit. Plus, being prepared is a theme throughout these 50 other etiquette rules you should always practice.