Do yourself a favor: Don't read these scary books right before bed. 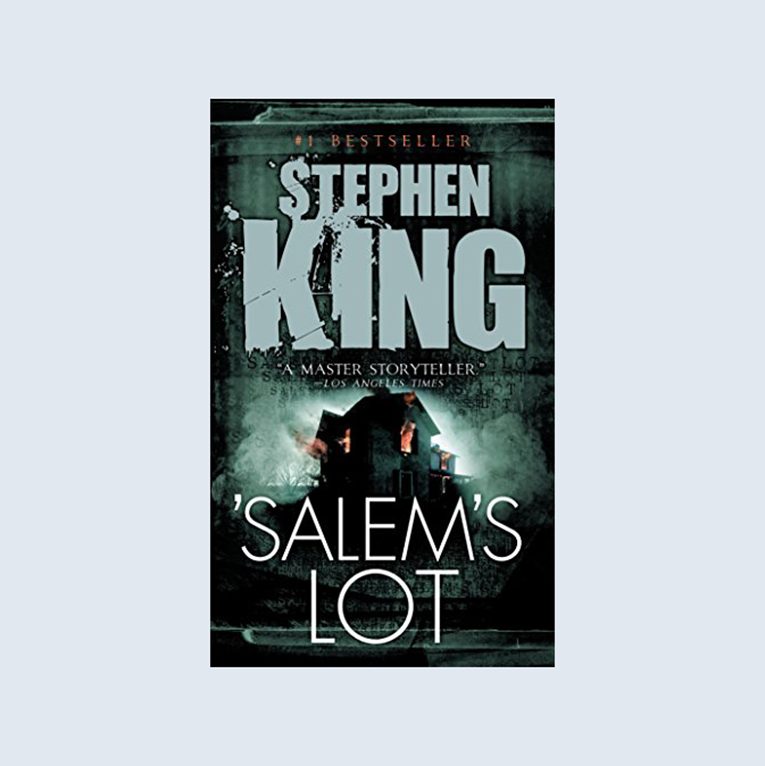 If you really want to not be able to put a book down, go back to the earliest books written by King. This was his first vampire novel, which he wrote before vampires became a thing. Deliciously chilling. King’s novel may be fiction, but these scary vampire legends might just be true. 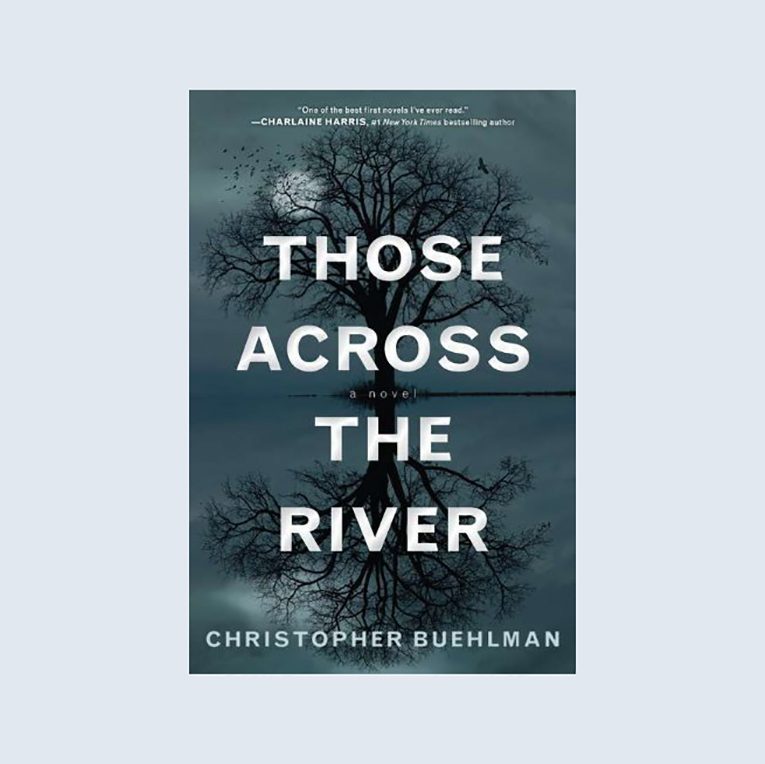 Those Across the River by Christopher Buehlman

In 1935, a professor fleeing scandal and his wife move back to a family home in Georgia; it’s located near the ruins of a plantation that was owned by his ancestors. Every month in a strange, sacrificial ritual, the townspeople garland two pigs with flowers and send them across the river; inevitably, the animals never return. What exactly is consuming them? And what will happen when the residents stop sending pigs? A supernatural-inflected Southern gothic that illustrates the price we pay for the sins of the past. These chilling real ghost stories will make you believe. 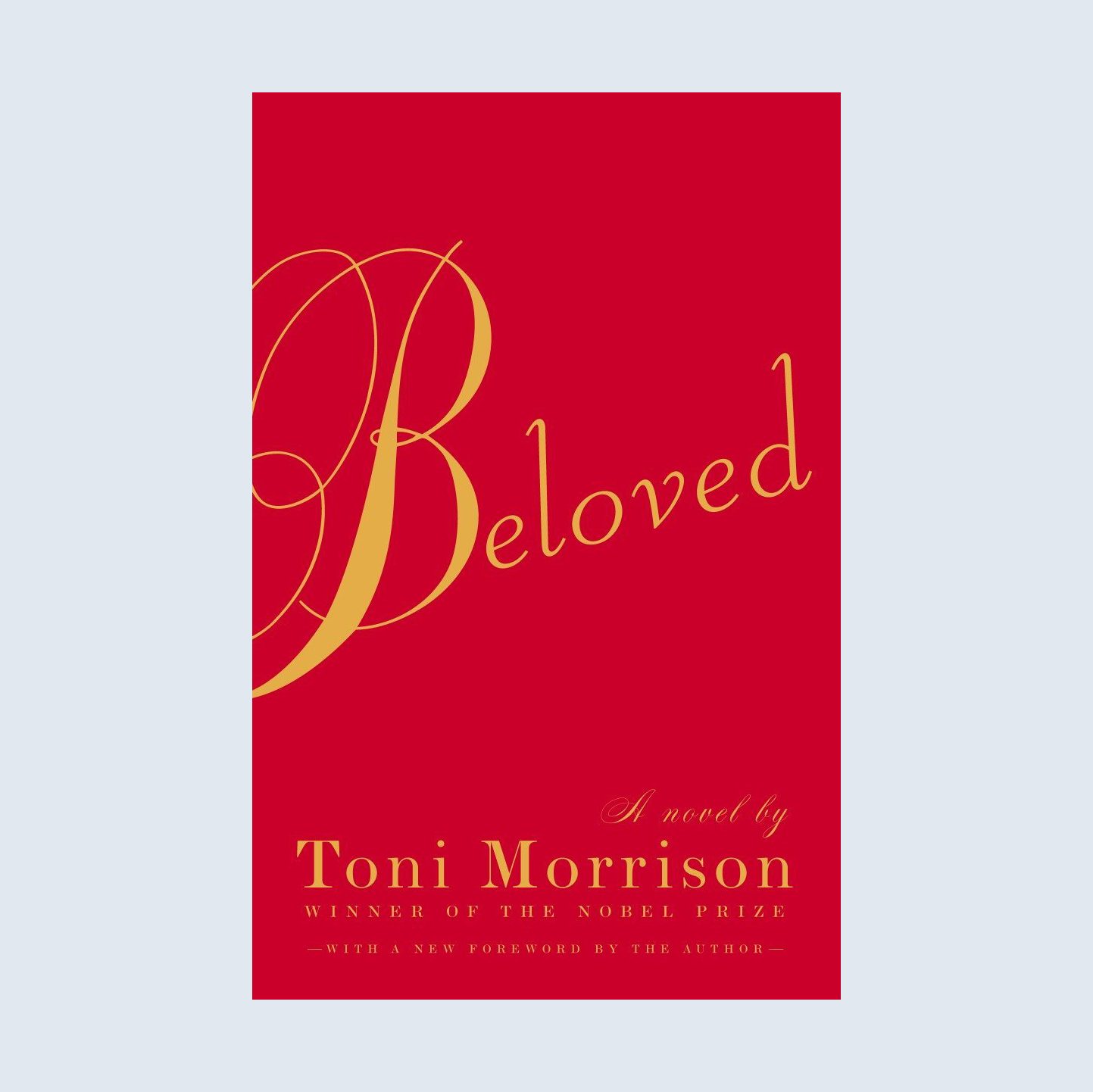 Published in 1987, Beloved is one of Toni Morrison’s most influential works. The story takes place in Ohio after the Civil War and follows Sethe, an escaped slave who has lost her husband and child. Years after her escape, her mind has not yet been freed from the horrors she endured, all while being haunted by her deceased baby. Sethe is forced to face her past in an extremely frightening way. Listen to these scary podcasts that will keep you up at night. 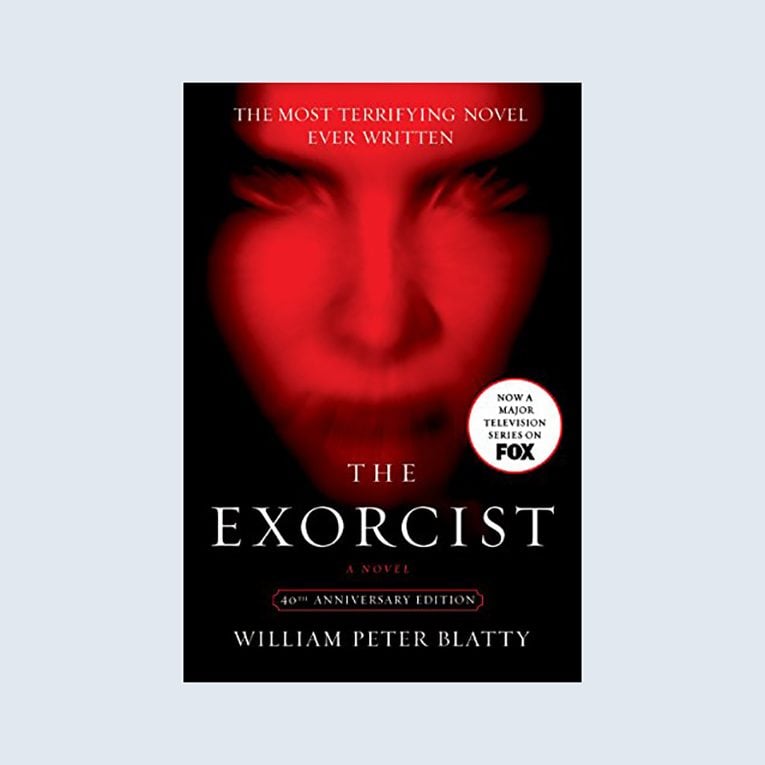 The Exorcist by William Peter Blatty 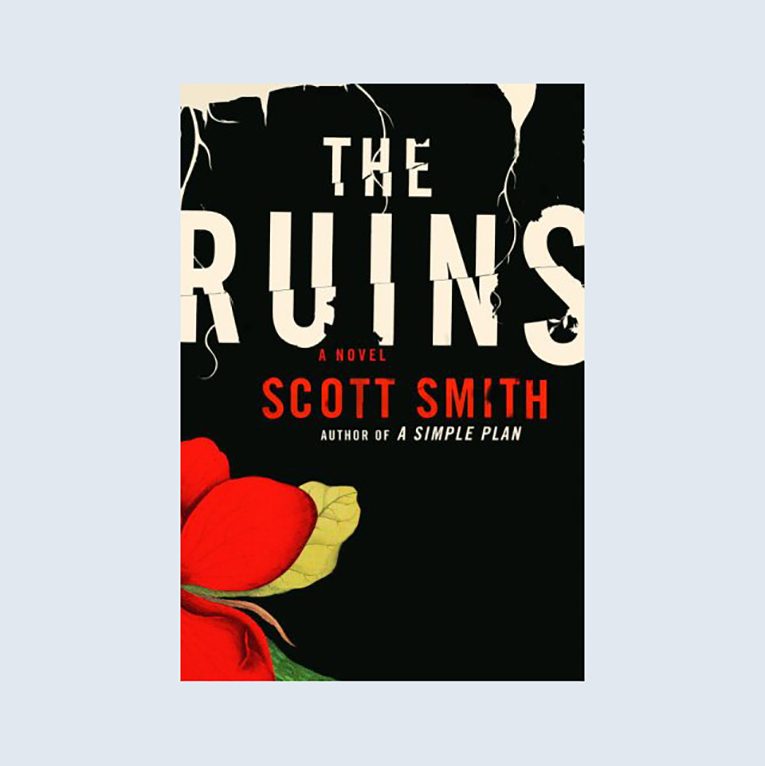 The Ruins by Scott Smith

A group of young, happy-go-lucky travelers in the Mexican jungle stumbles upon the site of ancient ruins—and ancient evil. Think Jaws, but with plants. And if you think that the botanical kingdom can’t be turned into a source of fear, well, you haven’t read this book. Here are 15 of the world’s spookiest travel destinations. 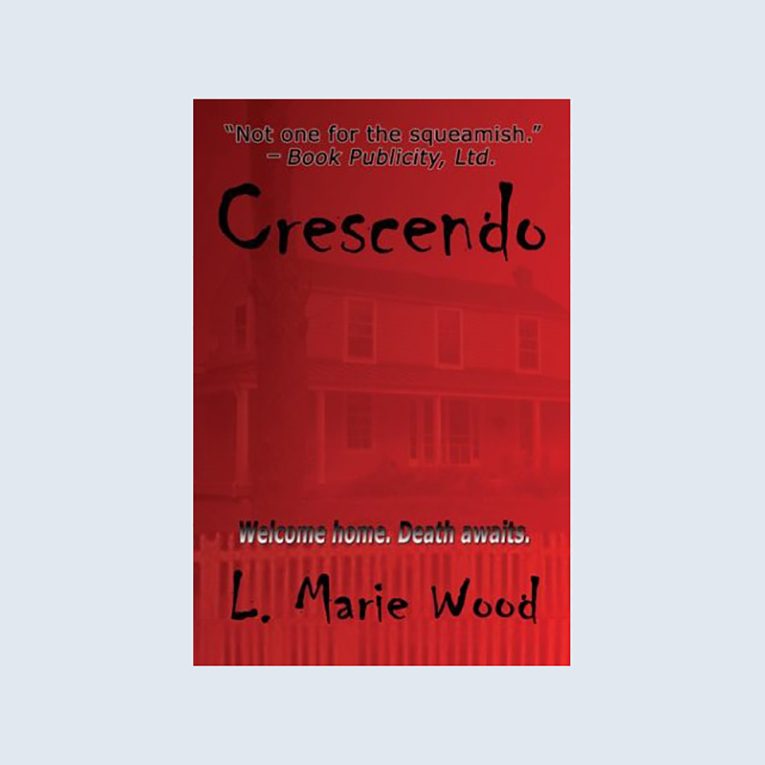 Living a relatively normal life in a suburb of New York City, James Adams is haunted by a family curse that takes him beyond his conception of sanity where he is unable to control his greatest fears. The demons rise within him to expose horrendous truths and reveal his destiny. This is the debut novel from psychological horror and suspense author, L. Marie Wood. Here are 12 of the most haunted places in America, according to paranormal experts. 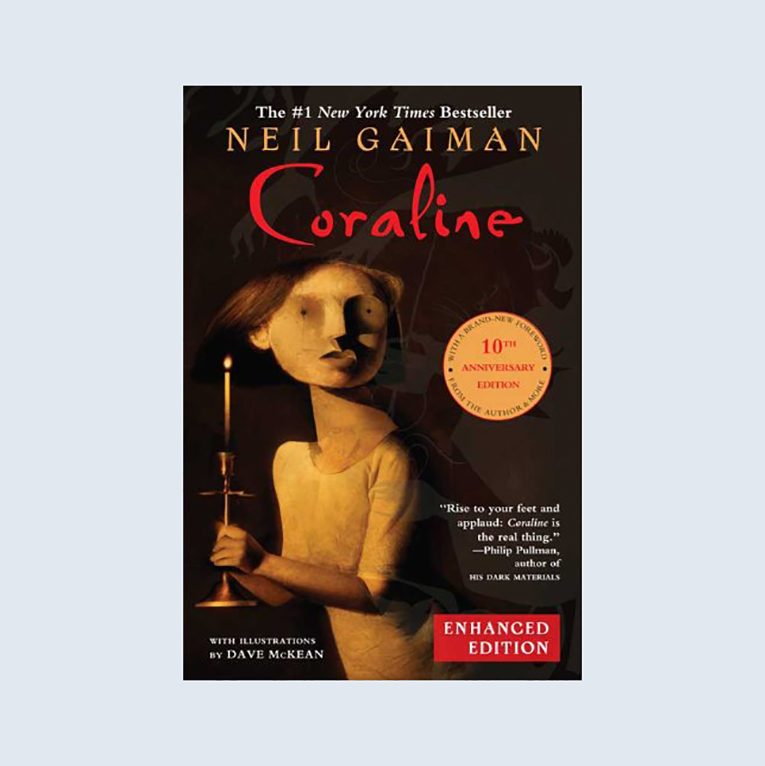 This book contains perhaps the scariest idea of all time: Your other mother. And this novel shows you what happens when the brilliant Neil Gaiman sets out to write a children’s book. I suggest that you do not give it to your own children if you ever want them to sleep through the night again—or, at least, wait until they’re grown up enough to handle it. For some less spooky kids’ choices, check out the best Halloween books for young readers. 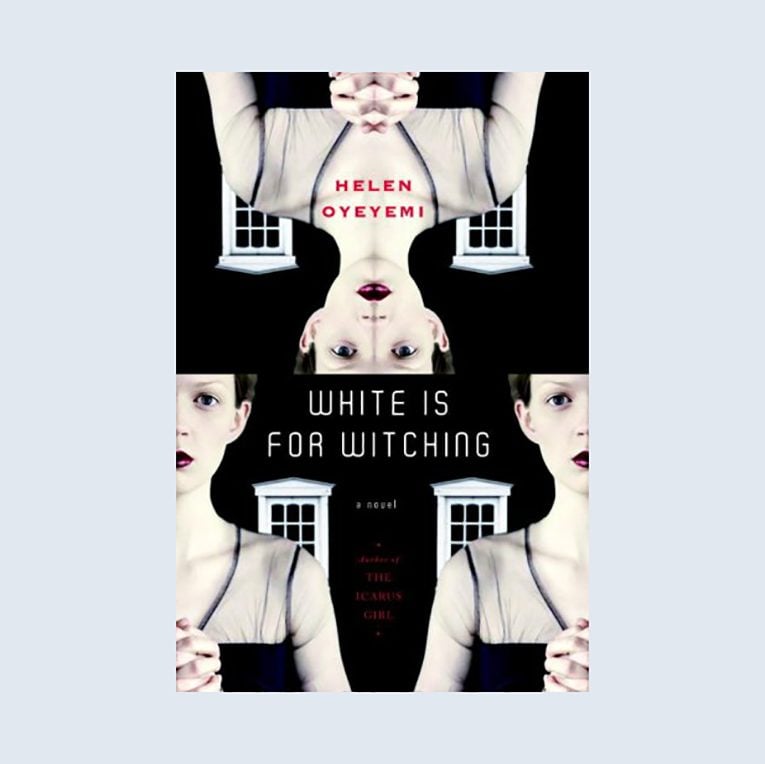 White is for Witching by Helen Oyeyemi

In England, the Silver family house has been home to the Silver women for four generations. When Miranda’s mother passes away, she begins to suffer from some strange illnesses and after bringing a friend home, the hostility of the small town in England manifests within the home, changing everyone inside forever. 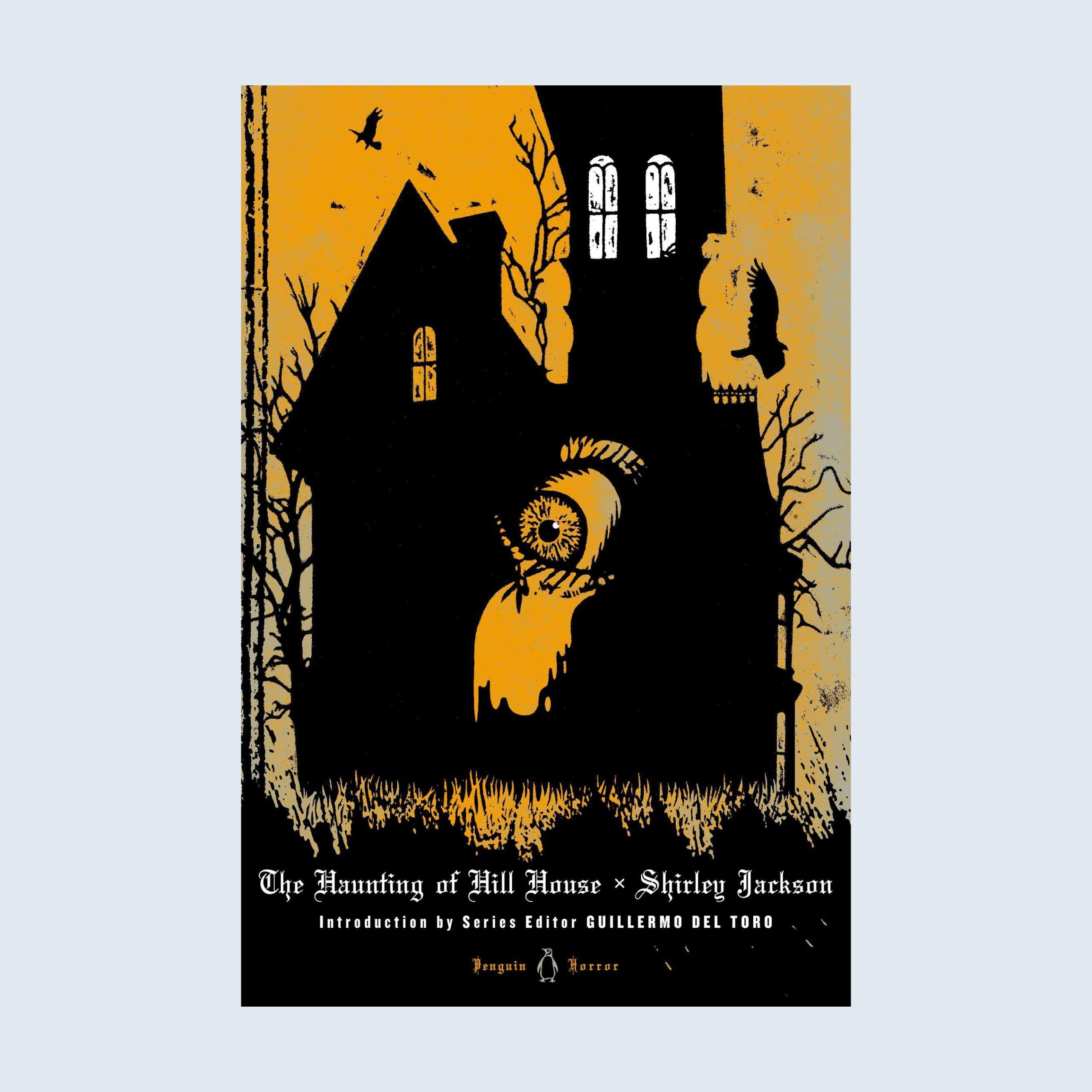 The Haunting of Hill House by Shirley Jackson

Another one of the scariest books that’s been made into an exciting movie, but the book is even better. (Isn’t it always? Debate among yourselves, please.) If you’re more of a cinephile, check out our picks for the scariest movies ever made. 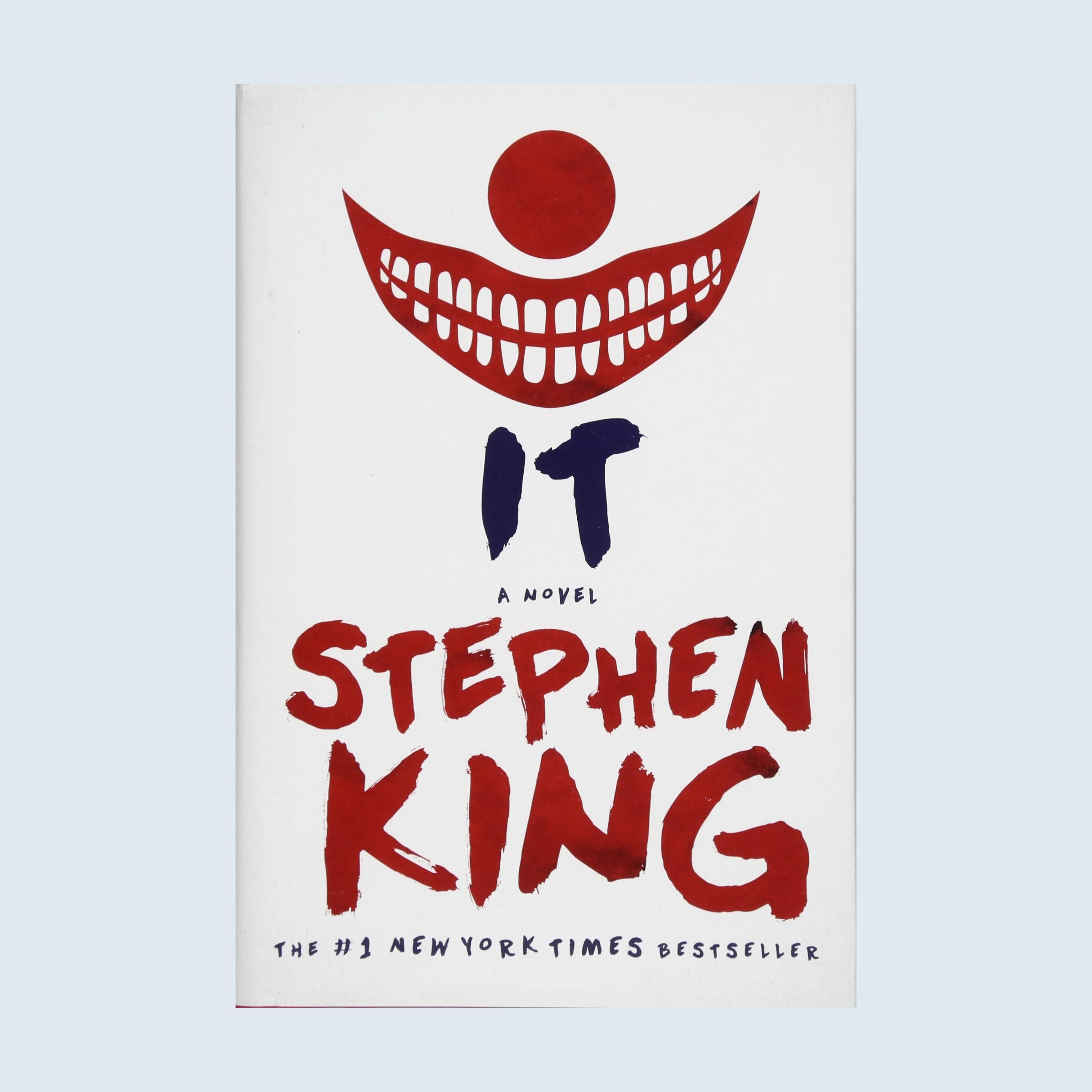 It by Stephen King

Yes, it’s another Stephen King book—no surprise that he makes the list of scariest books more than once. This one taps into a phobia that’s both very old and very current: Clowns. Pennywise the killer clown dwells in the sewers of Derry, Maine, and he preys upon the young residents of the town. A group of residents returns to vanquish him. But how are they going to take on such an ancient, formidable foe? You’ll have to read and find out. We’d, of course, be remiss not to mention another frightening King book, The Shining, which was made into such a nail-biting film. As if It wasn’t reason enough, here’s why people are so scared of clowns. 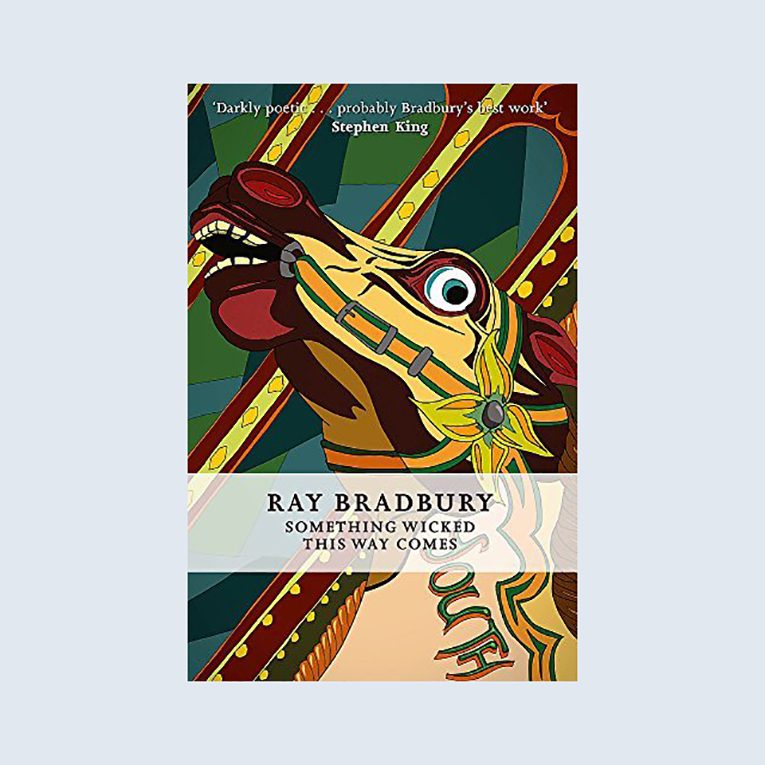 Something Wicked This Way Comes by Ray Bradbury

The premise of this book—a traveling carnival where two young boys meet the malevolent wish-granting Mr. Dark—is pure Bradbury. Not perhaps his best-known book, but maybe his best. These are your biggest fears, based on your zodiac sign. 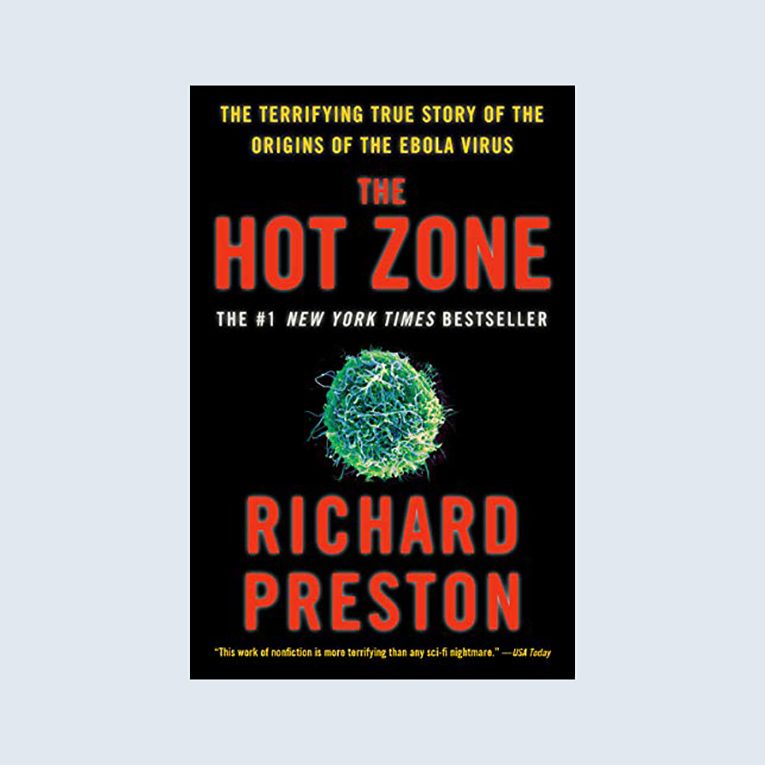 The Hot Zone by Richard Preston

This nonfiction book is about an Ebola virus almost destroying America. It would be entertaining as fiction, but it’s even scarier knowing it’s real and came very close to actually happening. For lovers of scary nonfiction, these are the true crime books that will keep you up at night. 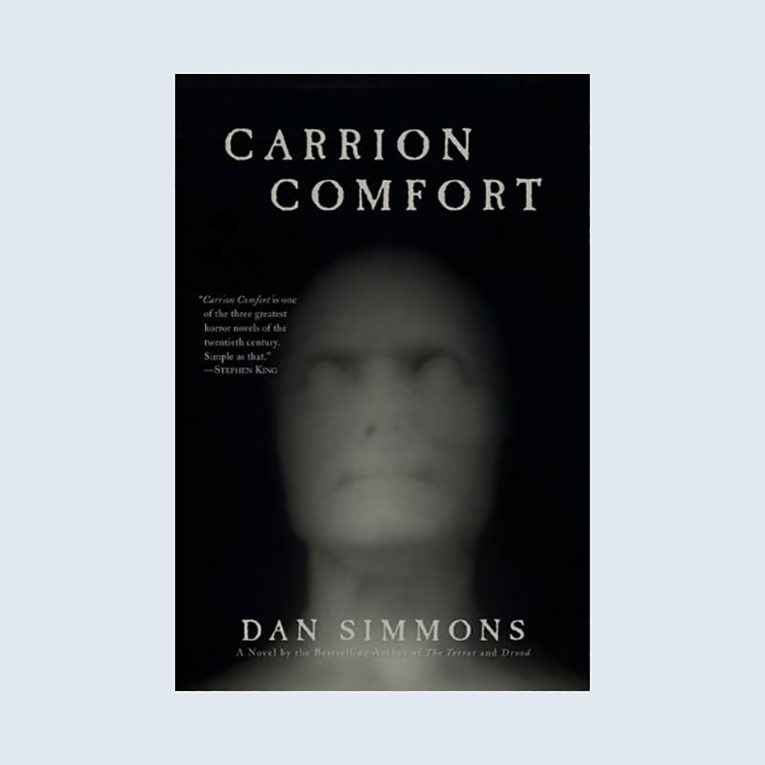 The villains here represent an intriguing twist on a familiar antagonist: They’re “mind vampires,” who, instead of feasting on humans,  can inhabit their minds and manipulate them into doing the unspeakable. Oh, and Stephen King called this book “one of the greatest horror novels of the 20th century.” If that’s not enough, the distorted face on the cover of the new paperback will be enough to haunt your dreams. How many of these bestselling books of the decade have you read? 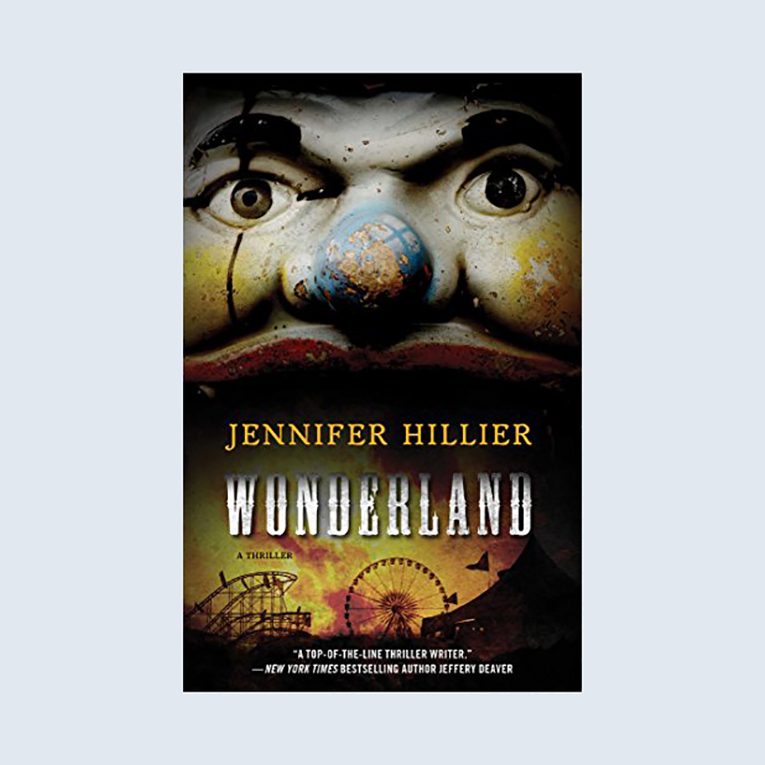 On Vanessa Castro’s first day as police chief in Seaside, she is already faced with dead bodies in Wonderland, an amusement park with an old-fashioned charm. Between the clown museum, wax replicas, and antique porcelain dolls, everything about the place is creepy, but nothing as horrific as the House of Horrors. 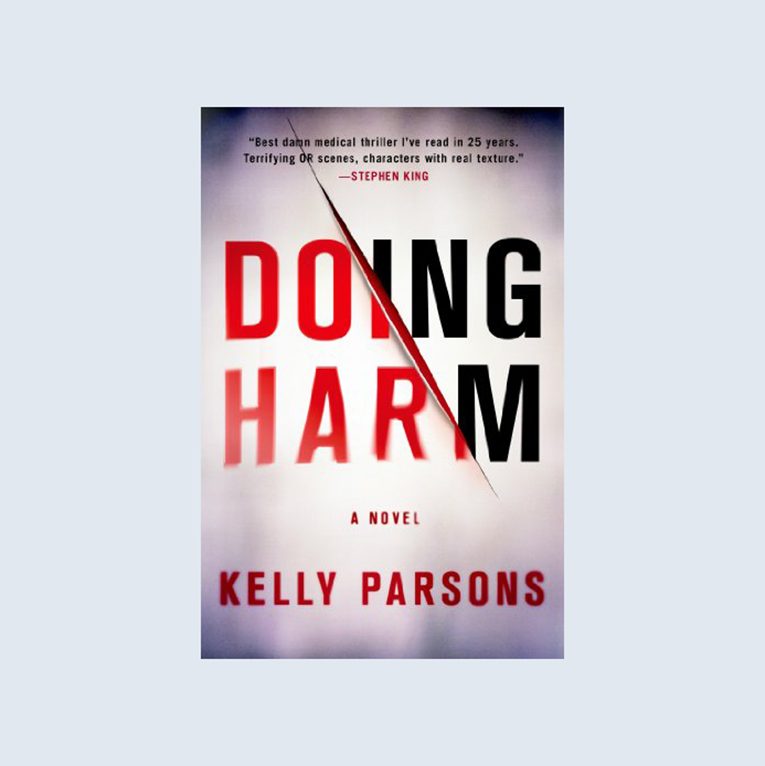 People die in hospitals all the time, so could there be a better place for a psychopathic killer to set up shop? Especially if the psychopath also happens to be a doctor? If you ever thought that going to the hospital was a little bit scary, you were wrong. It’s a lot scary! Also scary: How much people paid for the most expensive books of all time. 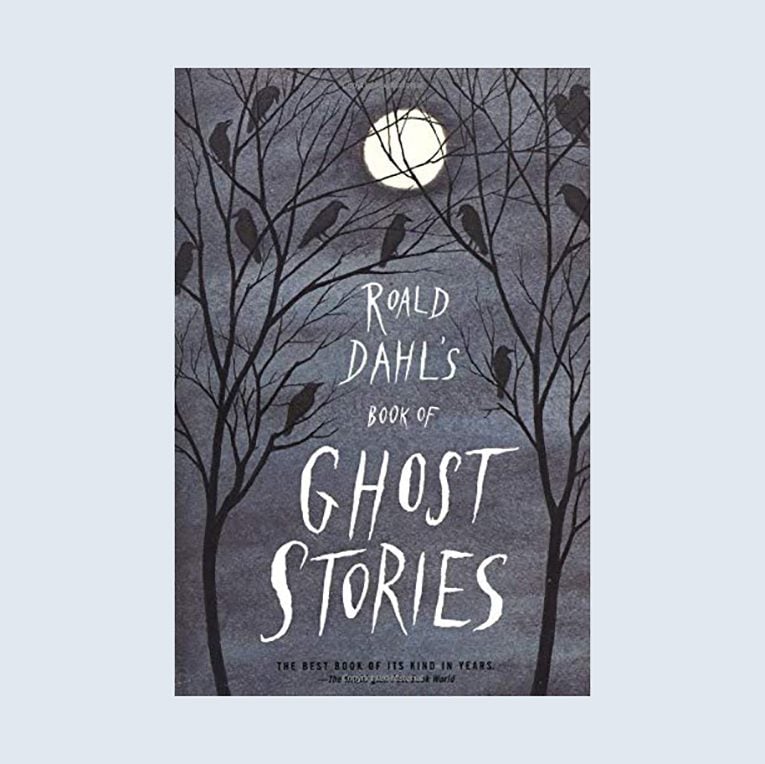 Dahl, who was the spinner of so many off-center tales for young readers, claimed that he pored through 749 short stories at the British Museum Library before he selected the 14 featured in this anthology. His main criterion for inclusion was that the story “should give you the creeps and disturb your thoughts.” Prepare to be spooked by these true ghost stories from the world’s most haunted places. 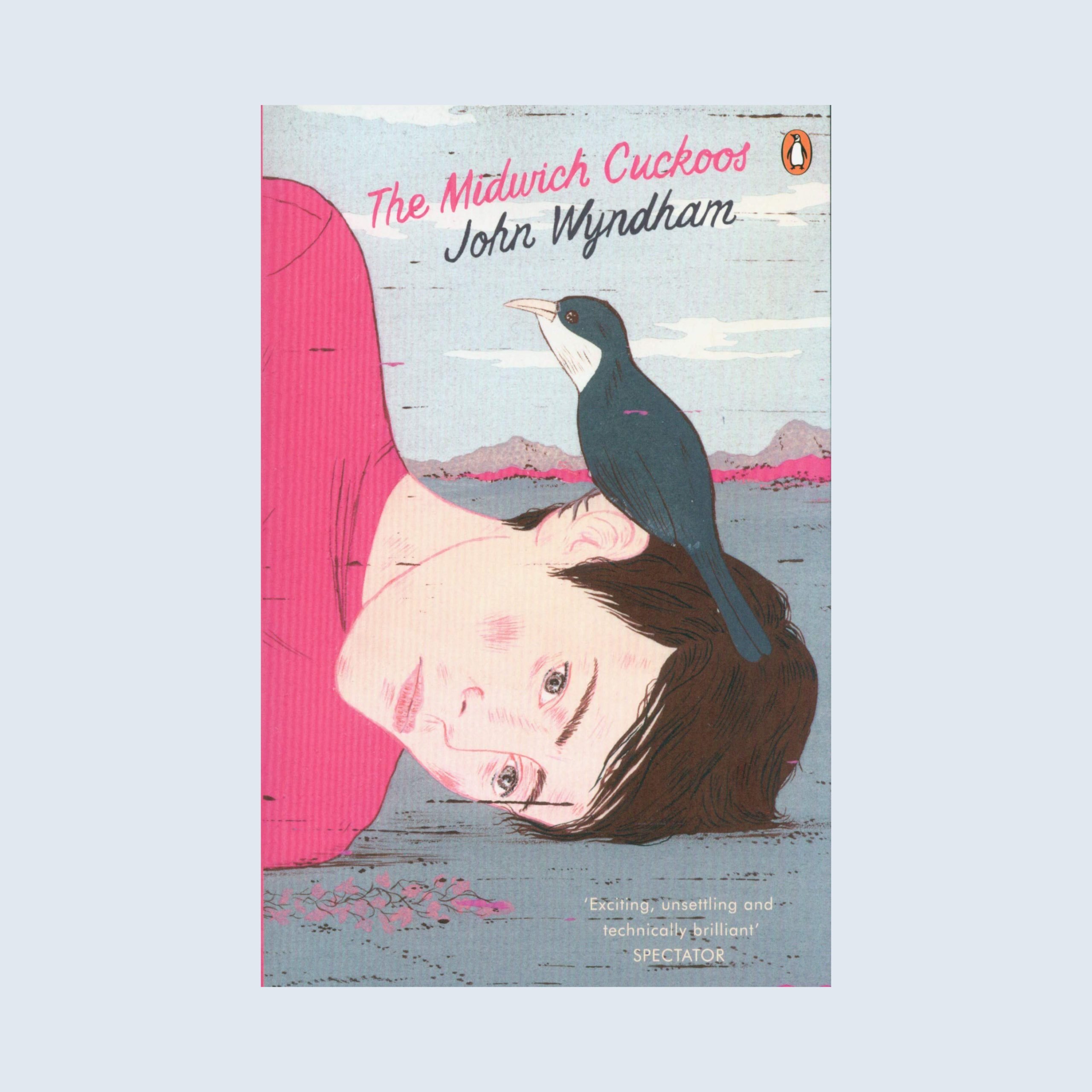 The Midwich Cuckoos by John Wyndham

Alien invasion? No big deal. We can just fight them with every weapon at our disposal. But what if the aliens were our own children? The golden-eyed hyper-intelligent kids who communicate by telepathy rank with the greatest—and spookiest—villains of all time. A 1960 film—The Village of the Damned—was made from this book, and it had the great tagline: “Beware the stare that will paralyze the will of the world.” Seems like good advice in any situation. 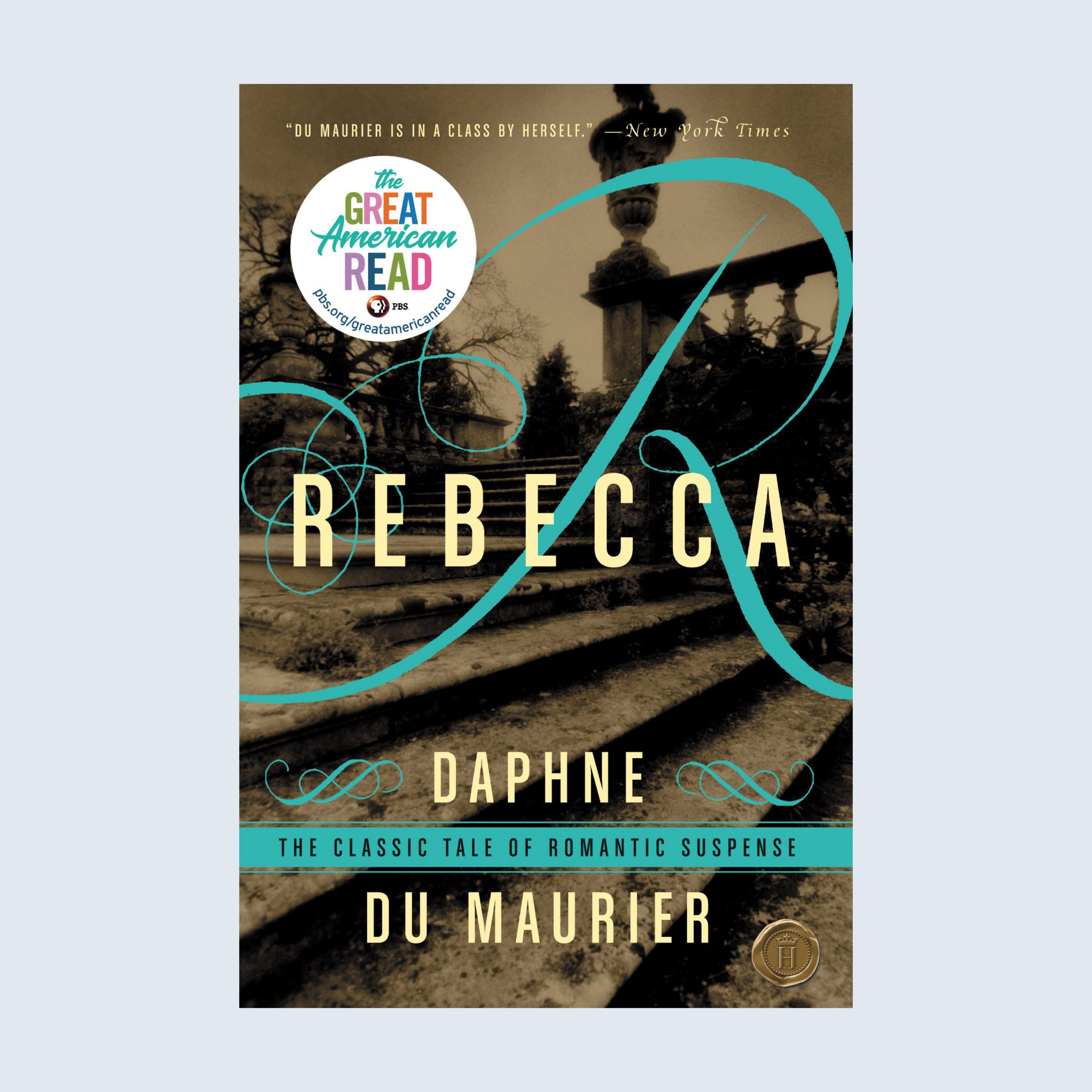 This book is a prime example of how the setting can really enhance the suspense and fear. An isolated mansion by the sea, an evil housekeeper, an absentee-ish new husband? What a fantastic setup. These are the books you read in high school that deserve a re-read. 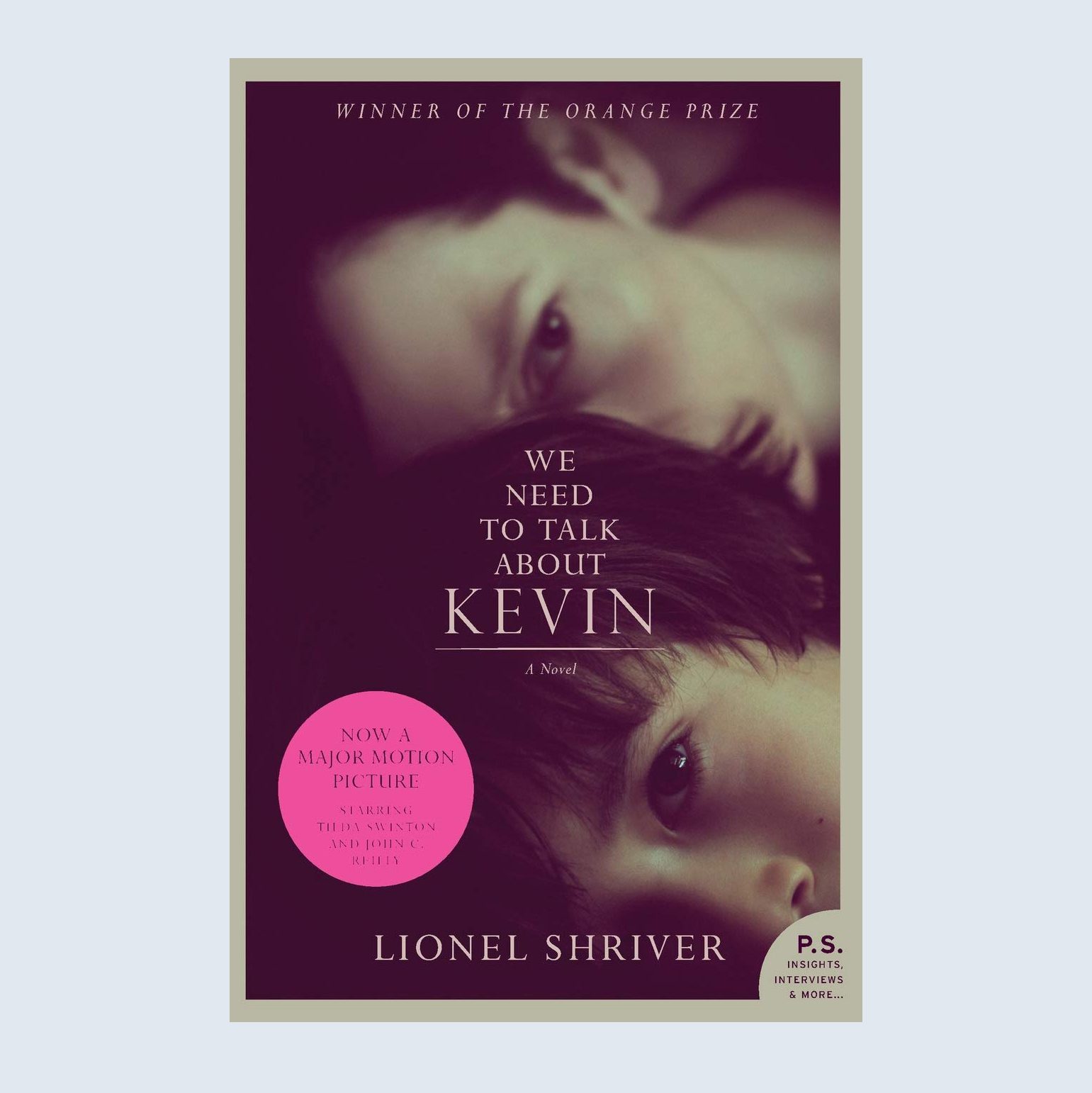 We Need to Talk About Kevin by Lionel Shriver

This novel is terrifying for any parent, anyone who is considering becoming a parent, or anyone who knows a teen. It shows how a child can grow into a stranger capable of perpetrating terrifying wrongs, even when a mother does everything right. Here are some more great psychological thrillers you won’t be able to put down. 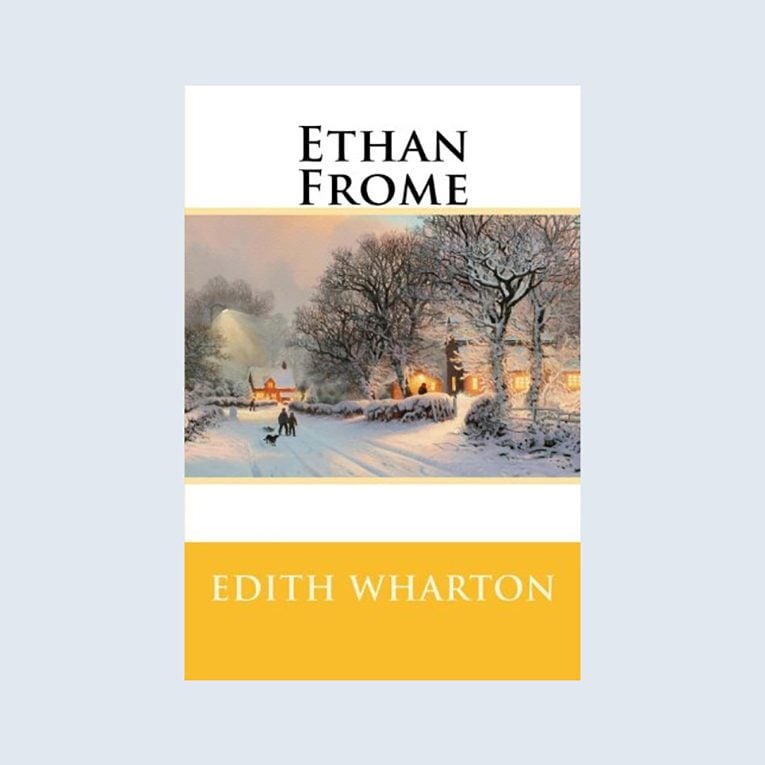 Perhaps you read this book in high school and hated every minute of it. The reason why is you were simply too young to get it. Read it now that you’re an adult and you’ll understand why it earned a spot on the list of scariest books. These are the highest-rated books on Goodreads. 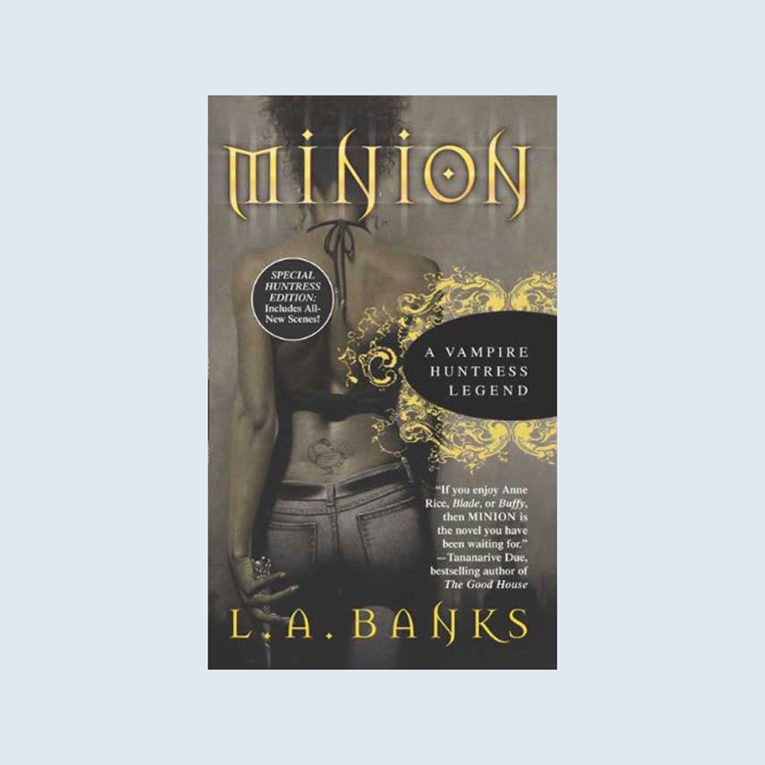 This is a dark twist for all the Twilight lovers. Damali Richards is a successful spoken word artist during the day and a vampire hunter at night. After an alarming number of murders occur in her city, Damali realizes that she will have to fight the most powerful vampire she has ever come across. Part of a twelve-book series, Minion is the first book in the classic chain. For more vampire lore, here are the 12 spookiest vampire legends from around the world. 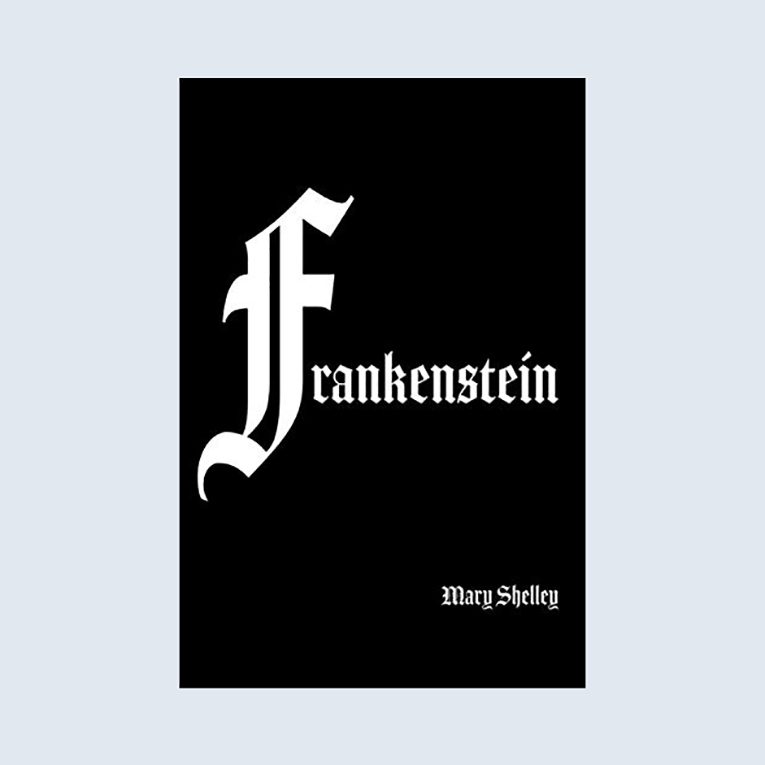 There’s a reason this “monster” hit has stood the test of time. Even if you think you already know the story (or if you were assigned the text in school), the tale of the mad doctor and his creation gone wrong deserves a thorough, grown-up read as one of the scariest books of all time. Check out these other books that everyone should read in their lifetime. 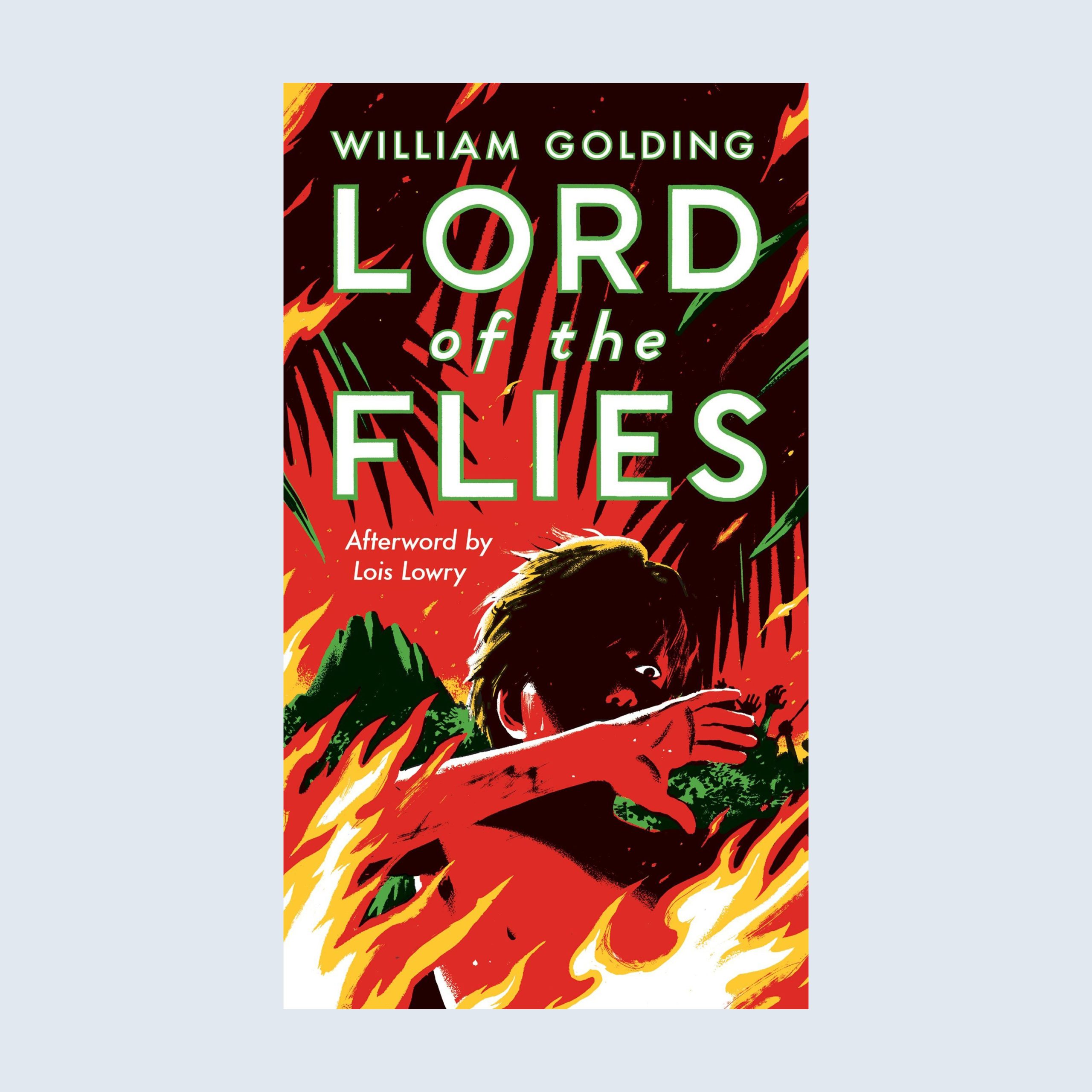 Lord of the Flies by William Golding

In this favorite of English teachers everywhere, a plane crash leaves a group of schoolboys stranded on a deserted island. At first, they celebrate their newfound freedom, but eventually, they find themselves embroiled in a terrifying and violent war of their own making. It’s one of the scariest books ever because of its suggestion that, no matter how “civilized” we might think ourselves, it wouldn’t take much to bring out our inner savagery. 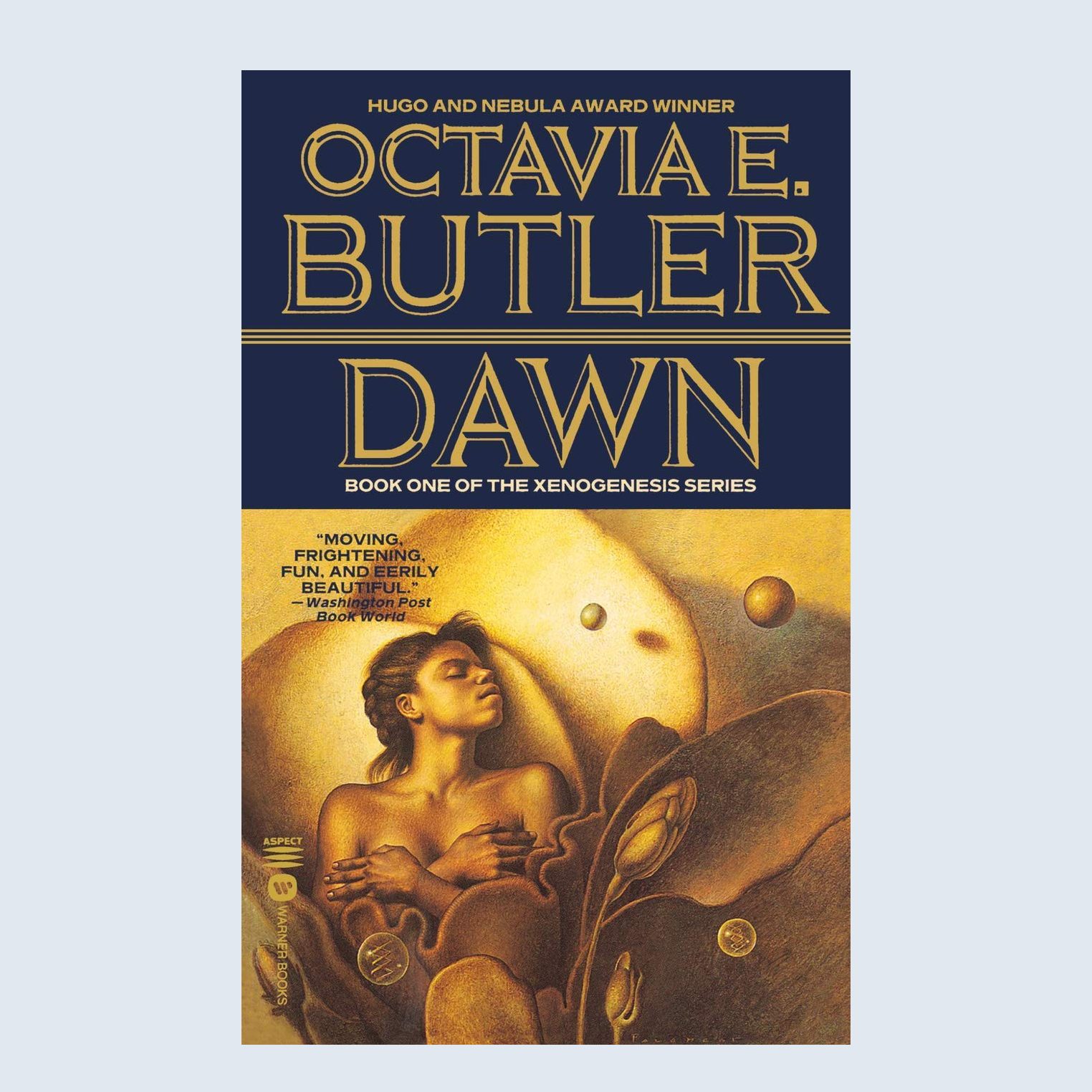 Science-fiction pioneer Octavia Butler kicks off her haunting Xenogenesis trilogy with Dawn, written in 1987. In a post-apocalyptic world, aliens have kidnapped the last remaining humans. They don’t want to hurt the humans. Instead, they want to study them and help them repopulate the wasteland Earth. But is that even worse? 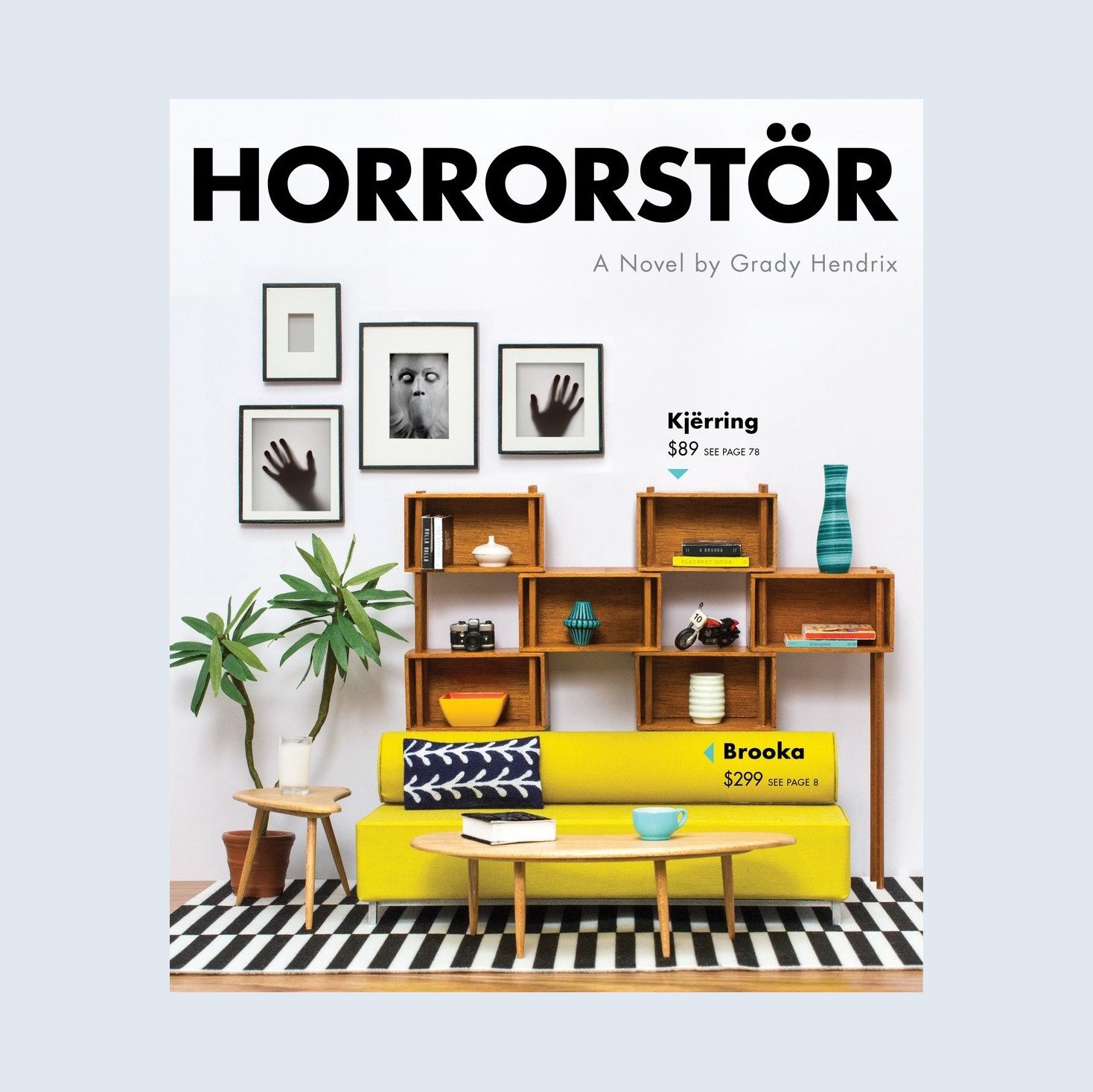 Modern-day horror master Hendrix provides a contemporary twist on the familiar “haunted-house” motif—instead of a creepy old mansion, the hauntings take place in an IKEA-like furniture store! To get to the bottom of the unexplained destruction that’s been greeting shoppers every morning, three employees volunteer to take overnight shifts. Horror ensues, and you might find yourself reluctant to re-enter your local IKEA. For more heart-pounding page-turners, check out our list of the best thriller books of all time.