If that guy or gal looks too good to be true—he or she probably is. Watch for these warning signs, advise dating-site experts. 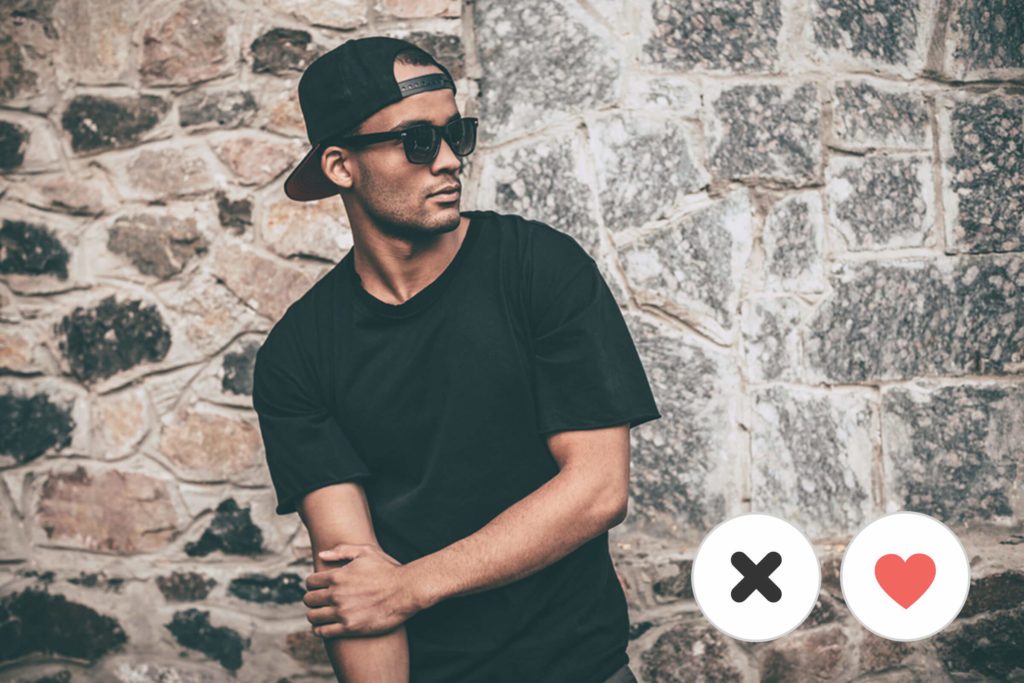 Because people aren’t always what they seem

If you’re amidst the dating app frenzy nowadays, you’ve probably come across a number of promiscuous photos and cheesy pick up lines. It’s not just the obvious creeps that you need to worry about. It’s true—it’s really easy to lie on a dating profile. Throw up a photo—even a model shot found online—write an appealing bio, and voila. Besides, once you know what types of photos to use for profiles, you can easily make yourself seem more desirable. And, unfortunately, many people fall into this trap, where they meet a date in person, only to be uncomfortably surprised. Use these tips to filter out the weirdos, and stay safe when dating online. 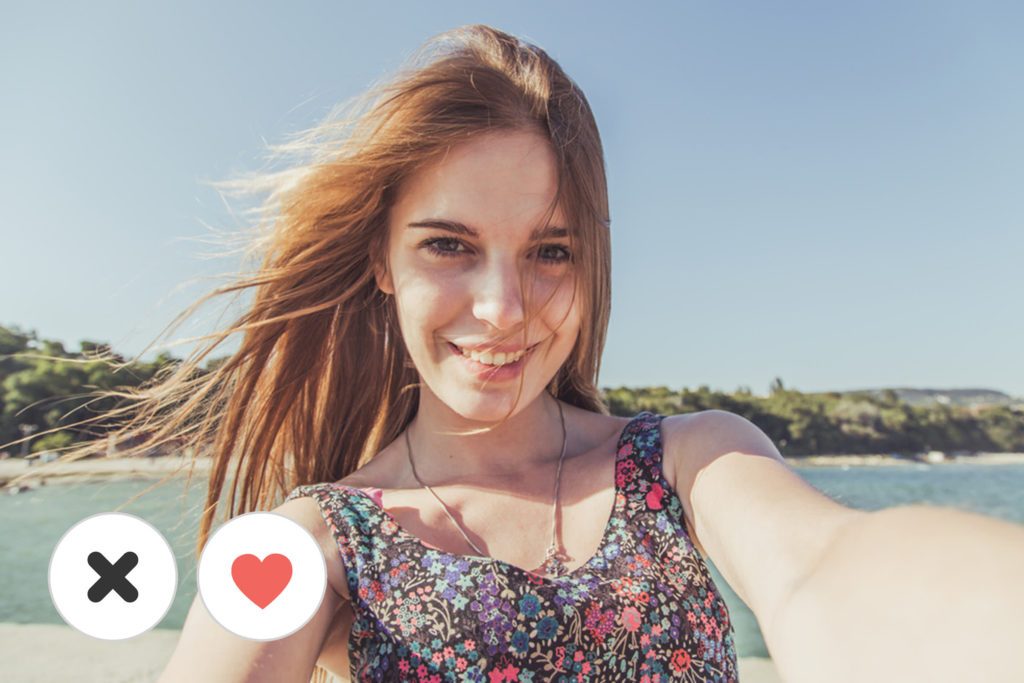 Sure, you might not have to share more quality information about yourself, but it’s common that those who don’t aren’t looking for something serious or genuine. By the way, here’s what your social media profiles are saying about you. According to Scott Valdez, founder of ViDA, an online matchmaking service, “When people are serious about meeting someone, they generally put some effort into their dating profile. If you come across one that provides the bare minimum of information, it’s probably not real.” And even if it is, do you really want to meet someone who can’t be bothered to share some personal details? 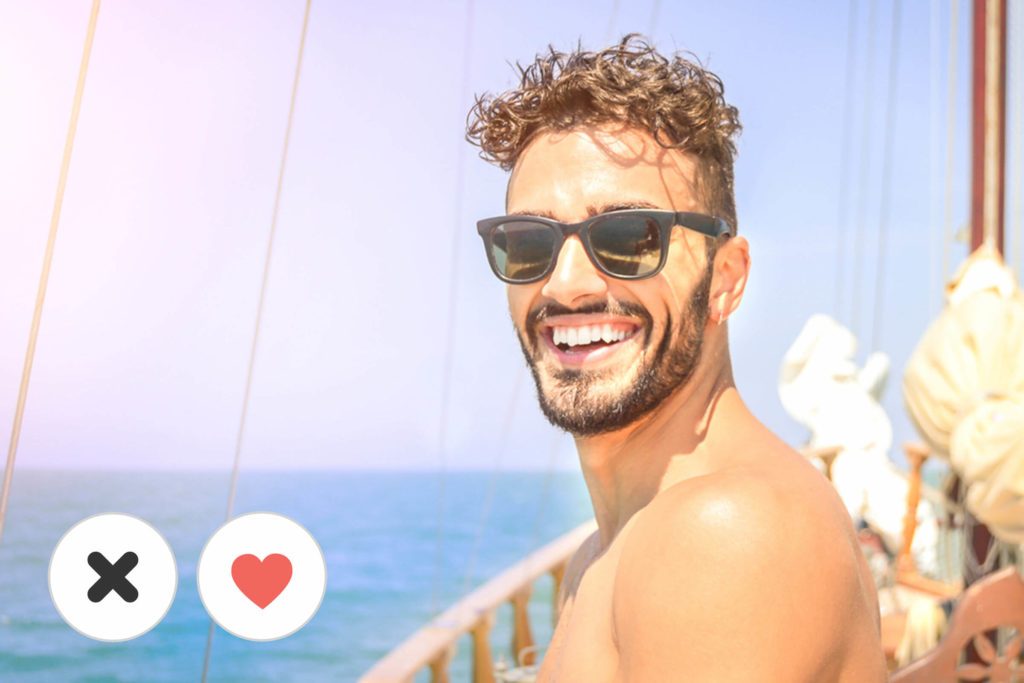 If the grammar is off or the content is super cheesy, you’ll want to steer clear. “For many scammers, English isn’t their first language so they tend to rely on stock phrases like ‘I’m a God fearing man’ and ‘I’m looking for an honest woman,'” says Valdez. What’s more, most scammers create multiple profiles at once, using the same general content over and over again, he says. “If you find yourself thinking something is off about the way the sentences fit together, or that you’ve definitely read it before, move on,” he advises. 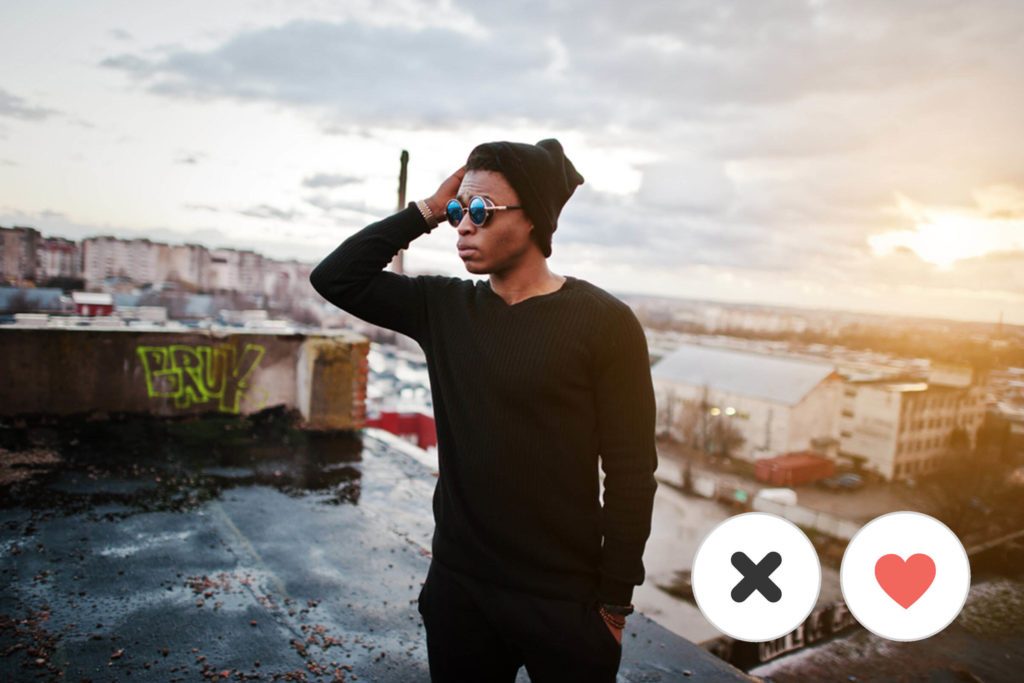 Creepers usually show their ugly colors in their messages. “They can appear demanding, hostile, and/or overtly sexual, and they may ignore your requests that they leave you alone, or that they stop being so sexual and aggressive,” says online dating consultant Steve Dean. What’s more, “they may try to send you nude photos, or demand such photos from you. Some even go so far as to look you up on other social media channels and message you there,” he says. Be wary of anyone who tries to add you as a friend on Facebook based on seeing you on a dating site, too. And, here are a few dating site terms and common behaviors to be aware of. 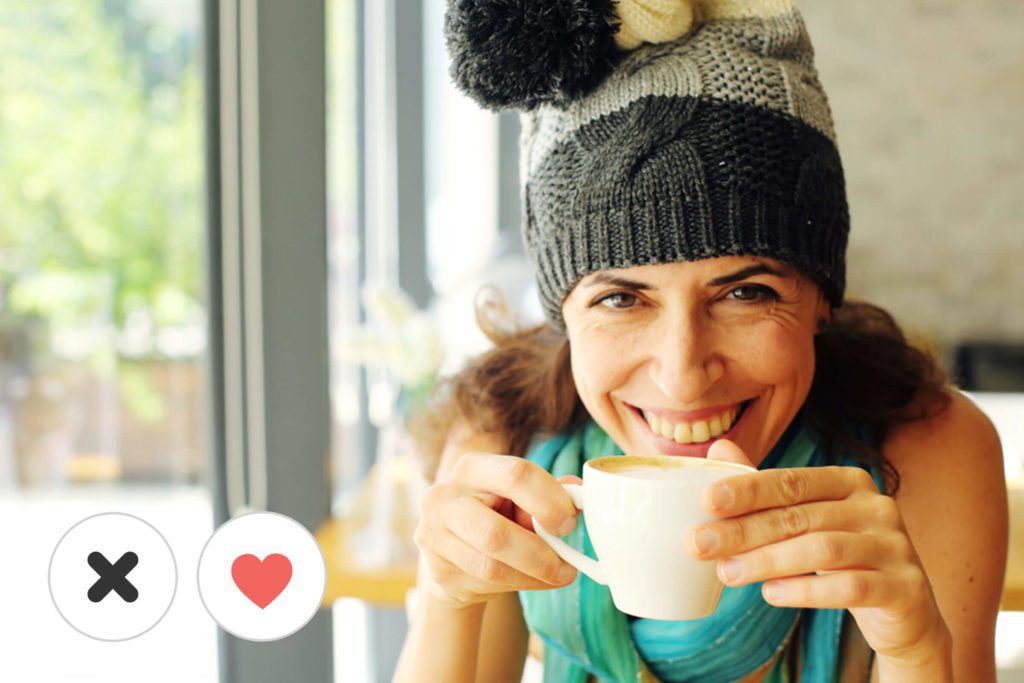 Their photos don’t add up

If you browse through profile photos and see a bunch of different looking faces, chances are it’s a fake account or someone who is pretending to be something he or she is not—and it may be time to Google that person. “If the user has photos where they appear as different people, that is a quick sign it is a spam account, as well as if they have photos where their face is oddly cropped out of the photo,” says Andrew Selepak, PhD, professor in the department of telecommunication at the University of Florida, and director of the graduate program in social media. You might want to try apps that sync with social media accounts. “Dating apps like Tinder and Bumble have users connect their accounts to Facebook. This often means the photos on their profile are also their photos on Facebook. Using amateur detective skills, it is possible to search for the person on Facebook using a few context clues including name, hometown, and school,” he says. 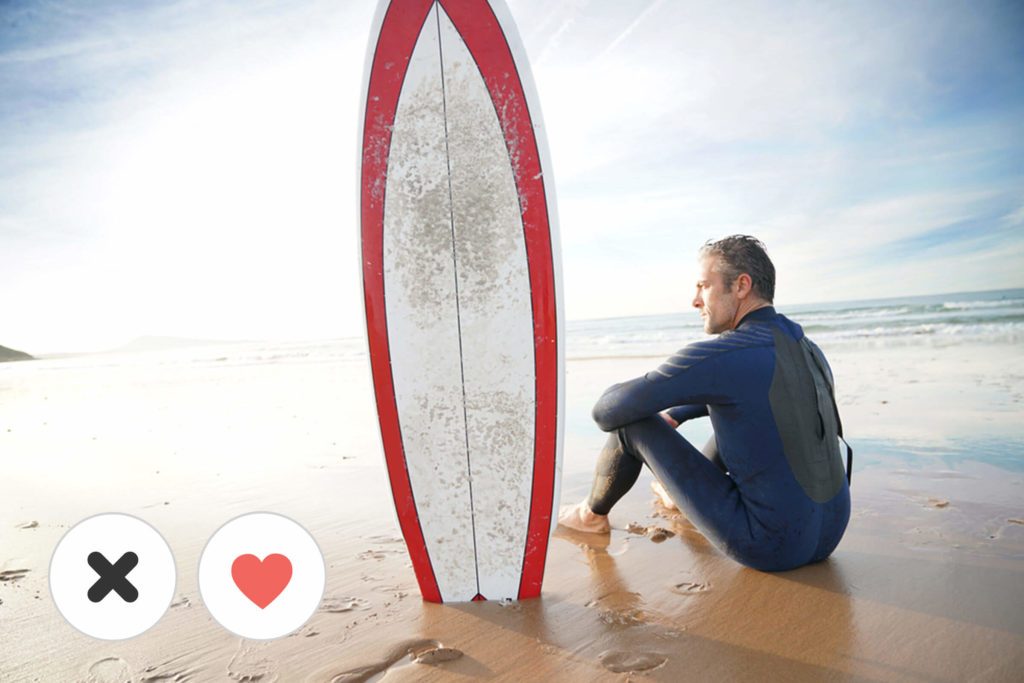 Usually, you should be able to tell a creeper by evaluating the “story” he or she presents and seeing if it fully matches up. Check out these ways to tell if someone is lying to you. “The key to spotting fakes is to look for subtle signs things aren’t actually as they seem,” says David Bennett, a relationship counselor. “For example, are the photos extra blurry, Snapchat filtered, or taken from angles that obscure a person’s real age, weight, or looks? Also, if a person mentions high income or education levels, do his or her interests, writing style, and photos reflect these levels? Look for subtle things that are off,” he says. 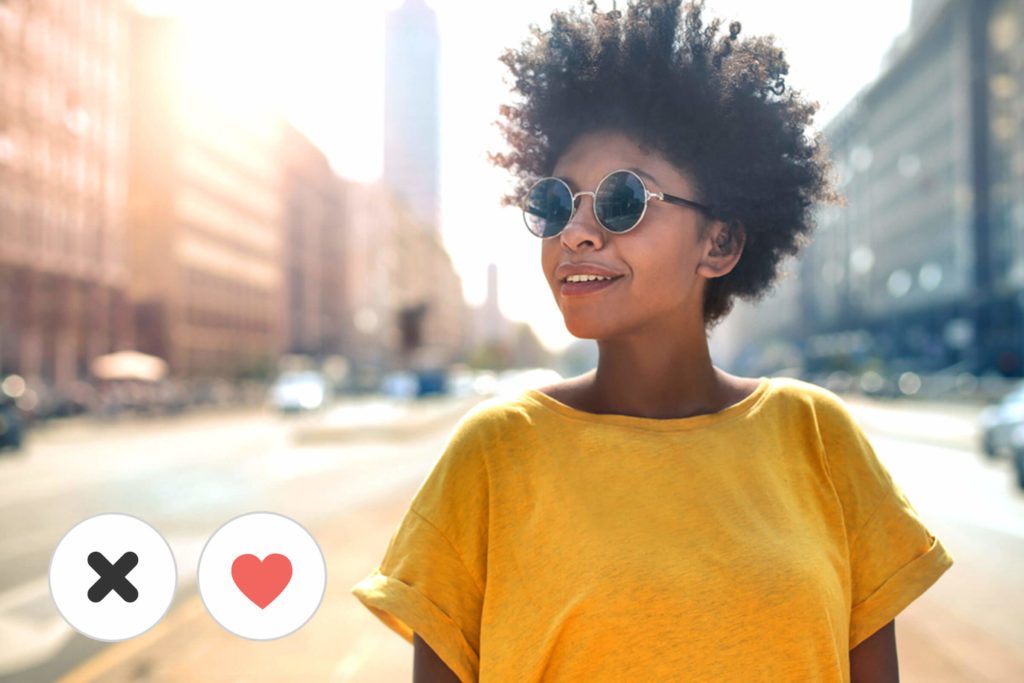 Sure, they don’t need to describe their favorite animals and colors, but if there’s a basic lack of personal information, it could signify sneaky, deceptive behavior. “The obvious ones to avoid are those with no pictures. The rest of the profile can seem pristine, but if there are no pictures, there’s a problem,” says J. Hope Suis, a relationship expert in Greenville, SC. What’s more, if they hide where they live and what they do, when you ask, that’s a huge red flag. As for a photo, here’s a tip: You may want to have your friend pick out your profile photo, as he or she will be a better judge, based on science. 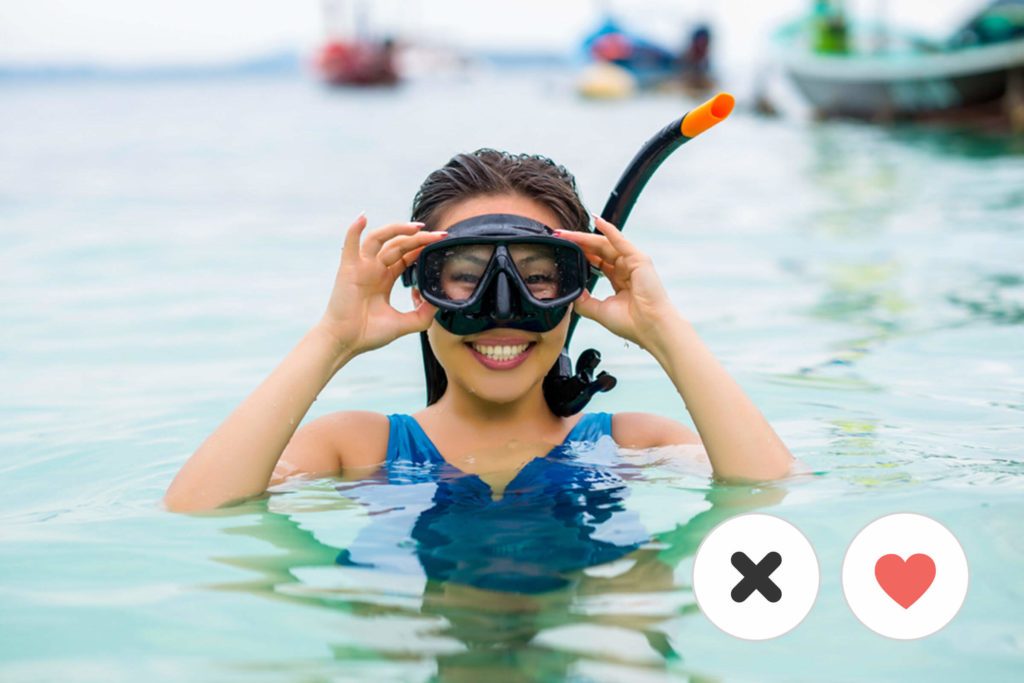 If the profile doesn’t say what someone does, it might mean he or she isn’t looking for a real relationship, it’s a fake account, or it’s someone who has creepy, secretive tendencies. “If the person is claiming to be self-employed, but doesn’t say what they are doing,” it’s a red flag, says Susan Trombetti, a matchmaker and relationship expert. “Sometimes they might just be trying to protect their job, but other times this is a cover for unemployed, unfortunately,” she says. Another one: “Claims to make a lot of money,” she says. “I find when someone keeps bragging about how rich they are, they usually are lying about it,” she explains. PS: It’s never a good idea to brag over social media, anyway. 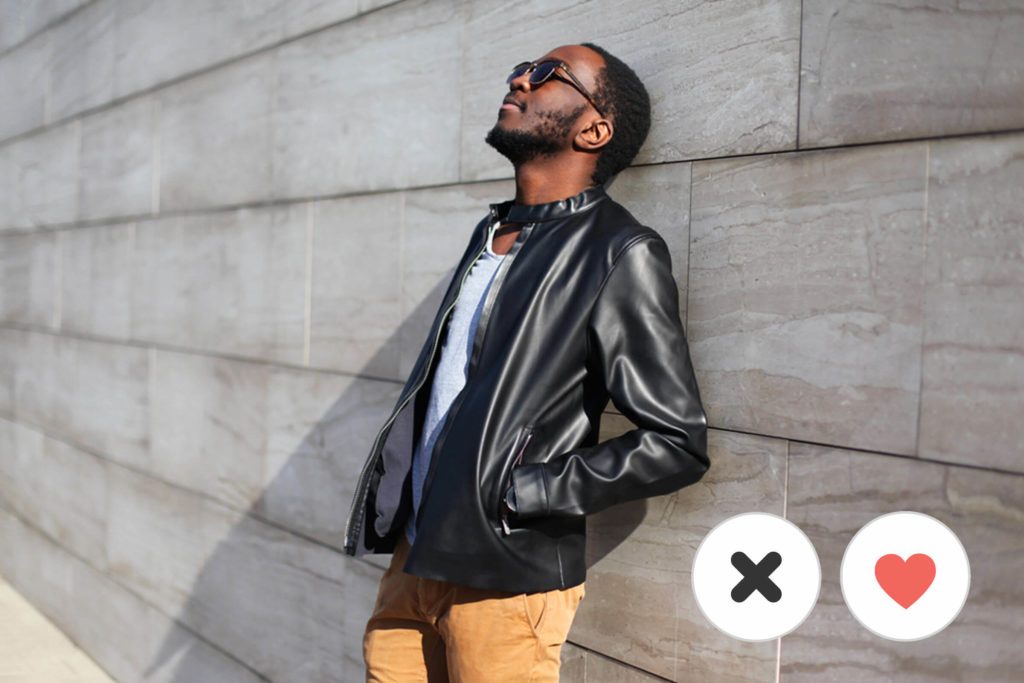 If you’re low and trying to drive up your friend numbers, here’s a way to know who is ignoring your Facebook friend requests. But if you’re looking at someone with a Facebook account has fewer than 100 friends, there’s a reason to be suspicious—especially if they’re under 40. “Most people on Facebook have more than 100 friends. There could be an explanation; he or she may be new to social media or is a teacher trying to remain private. But, you need to ask and delve deeper into the reasons,” says Justin Lavelle, chief communications officer of BeenVerified. “This doesn’t necessarily apply to older users, as the average person over 55 is more likely to have smaller numbers of followers.” But be cautious, anyway.

Isadora Baum
Isadora Baum is a freelance writer and content marketer, as well as a certified health coach. She writes for various publications, such as Bustle, Shape, Abbott Nutrition Newsroom, Men's Health, Clean Plates, the Vitamin Shoppe, SoulCycle, and more. She also can't resist a good sample, a glass of red wine or strong margarita, a new HIIT class, or an easy laugh. Beyond magazines, she helps grow different businesses through blogging and content marketing strategy. To read her work or inquire, please visit her website: isadorabaum.com.