18 Signs You Have a Terrible Boss

Why refusing to take a sick day and never saying anything negative about your work are actually signs you may have a bad boss. 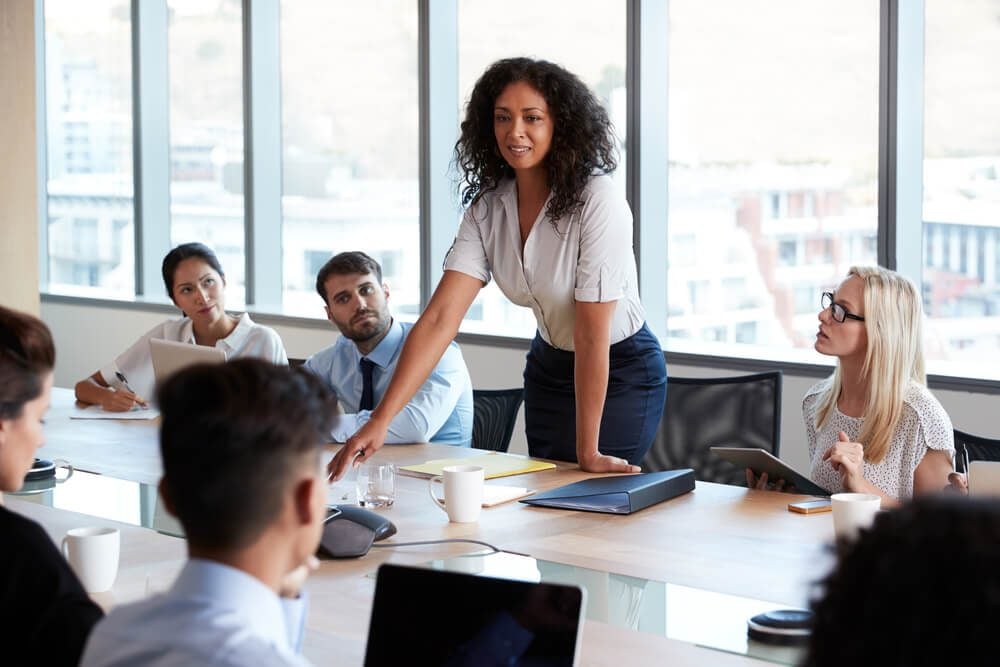 She schedules meetings when you’re out of the office

“Does your boss ‘forget’ to tell you about important meetings? That’s a sign that your boss may be upset with you or trying to keep you from progressing,” says Lynda Spiegel, a human resources professional and founder of Rising Star Resumes. It could be an innocent mistake, but if it is happening repeatedly, then you’re missing out on vital information you need to do your job, she says. 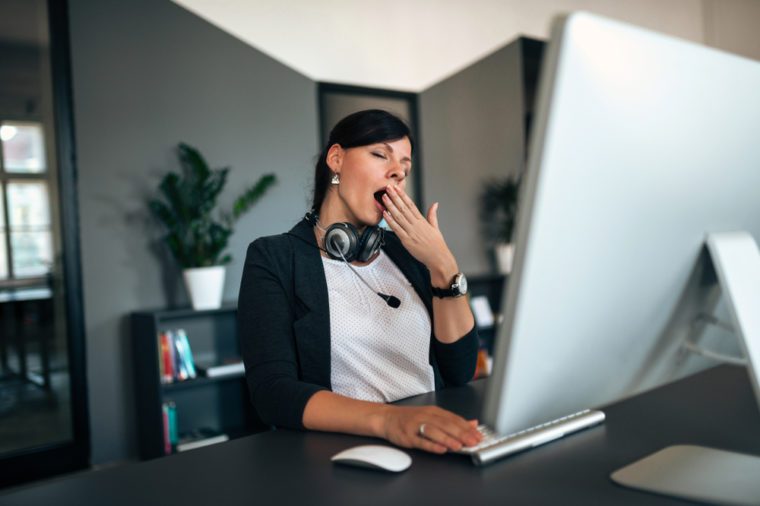 All your assignments feel easy

Being able to practically do your work in your sleep may sound like a dream to some, but it’s actually a sign of a terrible boss. You can’t grow in your job or get promoted unless you are assigned to important projects that require you to push your limits, Spiegel says. 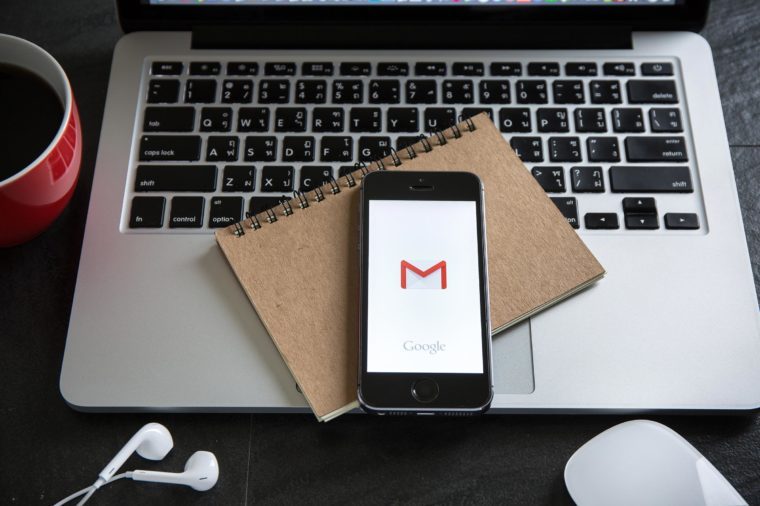 She cc’s you on every single email

Being copied on the email chains relevant to your project is just good business practice, but if you’re being cc’d on every conversation, regardless of whether or not it pertains to you, you may have a terrible boss, says Alexander Lowry, MBA, an HR expert and director of Gordon College’s master of science in financial analysis. Some bosses don’t want to take the time to filter out who needs what information and instead will just copy the entire team every time, leaving it to you to sort out what you need from that mountain of information. This is more than just frustrating; it’s a waste of your time. 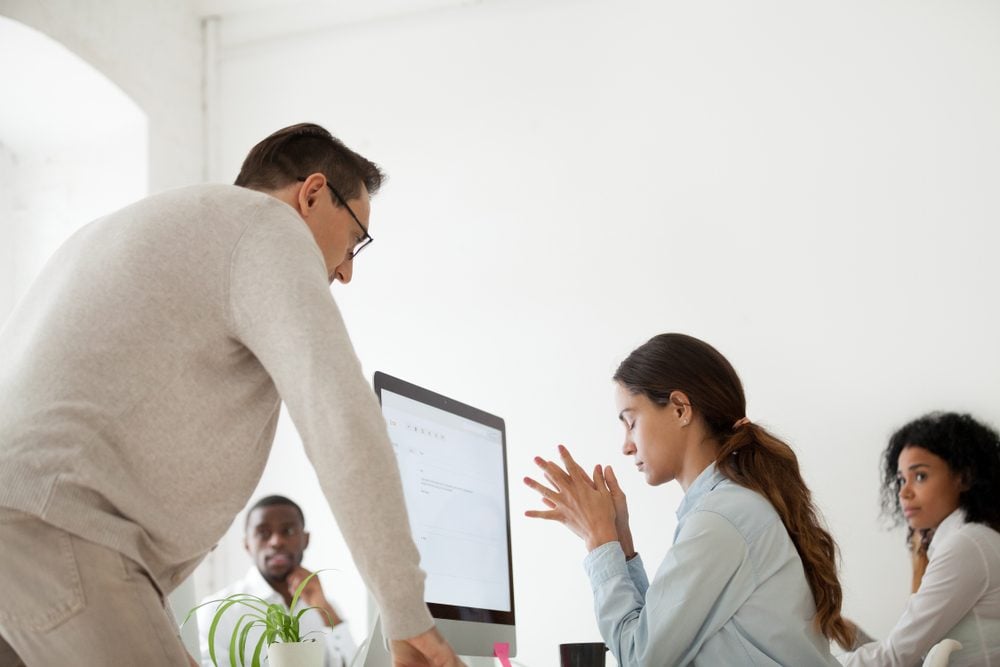 He swears at you

Screaming and yelling are clear signs of a horrible boss, says Peter Holmes, an employment law consultant and HR advisor. You would think that speaking calmly would be Management 101. Yet it seems that nearly everyone has a story of being yelled at, berated, and even cursed at by a boss. This shows that your boss has trouble controlling his impulses and lacks effective communication skills. Nobody deserves to be bullied or abused at work. 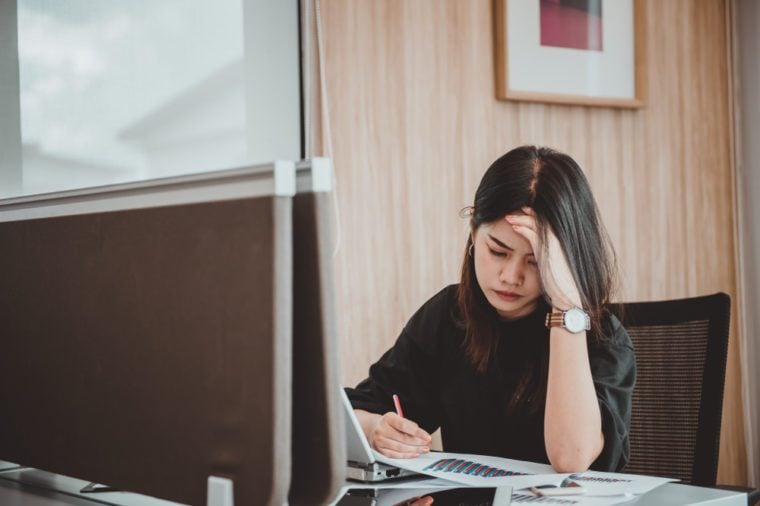 She gives you the silent treatment when you mess up

“Giving someone ‘the silent treatment’ may seem like an obviously childlike response, but it does regularly occur,” Holmes says. The silent treatment can range from a reduction in small talk in the office to curt emails all the way to total radio silence—and all are inappropriate ways for a boss to show their displeasure, he says. You shouldn’t respond in kind, but do make sure you’re avoiding these 15 things your boss wants you to stop saying. 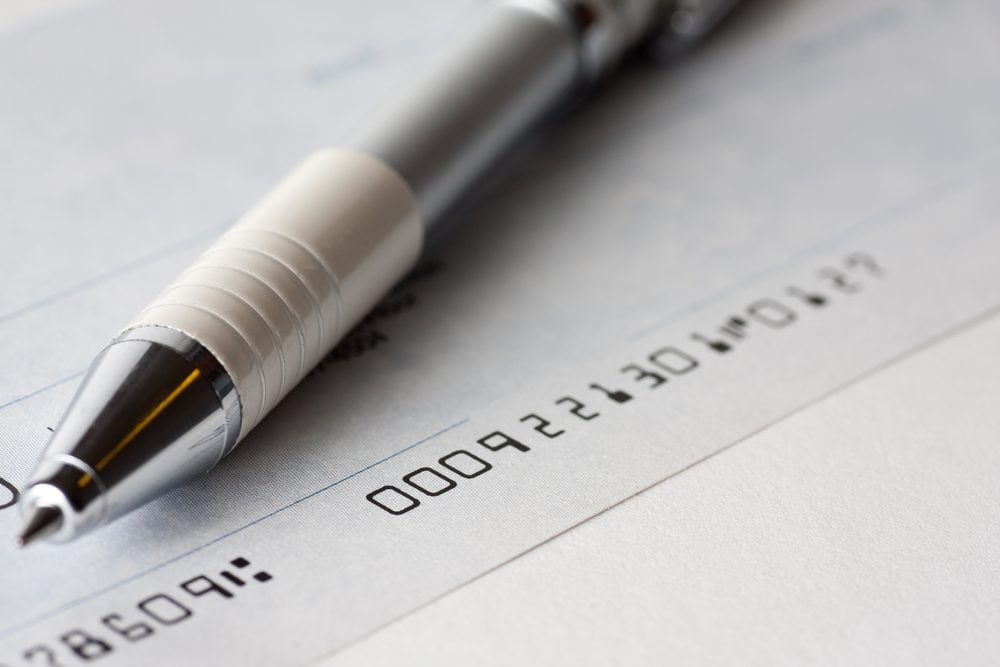 He swears you’re going to get a promotion…soon

You worked hard and were awarded a raise and promotion—great! Well, it will be great when it actually happens. A boss who over-promises and under-delivers, especially when it comes to advancements, is a terrible boss, Holmes says. “Whether someone is being ignored for new projects or persistently overlooked can often be an indicator as to an employee’s standing in the eyes of the manager or employer,” he adds. Perhaps they forgot or spoke to soon, but regardless of the reason, it’s an awful strategy. 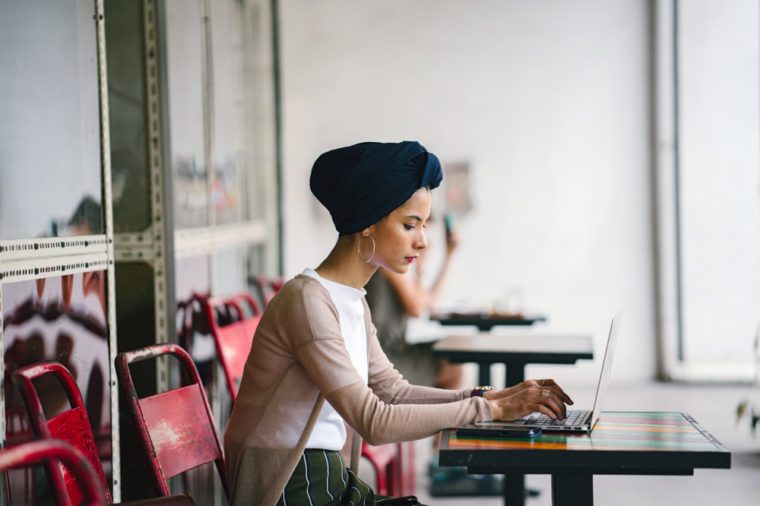 She tells racist, sexist, or other inappropriate jokes

A good sense of humor can go a long way in the office, so a boss who has no sense of humor—or worse, has an inappropriate sense of humor—can really kill the office morale, says Steve Pritchard, human resources manager at Cuuver. If you tell a joke that has your coworkers rolling and your boss doesn’t even crack a smile, or if you’re expected to laugh at racist or sexist jokes, that’s a clear sign of a bad boss. 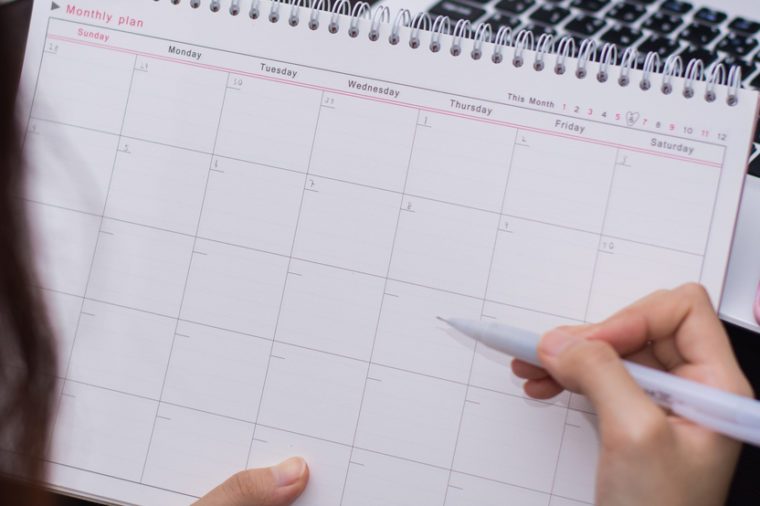 No one says you have to be best friends with your boss, but you should be able to have a cordial, friendly relationship with them, says Gina Folk, author of 30 Strategies to Ensure Your Team’s Success and creator of the Mentor Up Method. Part of being a good manager is having good social skills. One way to tell if your boss is lacking in this area is to note if they ever ask you about your weekend or family or some other polite-but-personal subject. A terrible boss has no time for their employees’ personal lives and makes them feel like just another cog in the machine instead of a human being, she says. 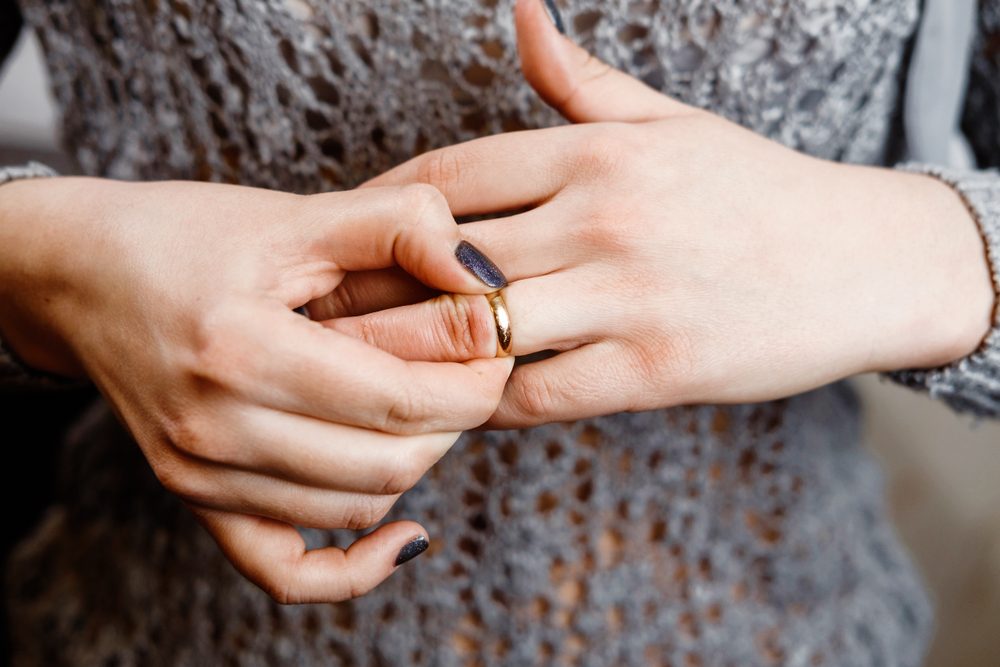 She knows every detail of your divorce

On the other hand, some bosses feel that their employees should be their friend, pastor, and therapist, all rolled into one. If your boss is constantly prying into your personal life or oversharing details of theirs, you’ve got a good drinking buddy but a terrible boss, Folk says. Are you the one in charge? You’ll definitely want to read these 10 secrets to being a good boss. 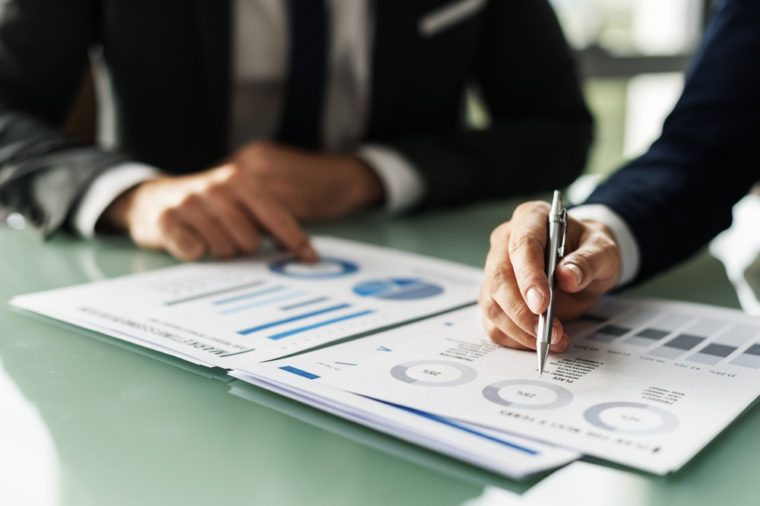 He never asks for your opinion

A good boss relies on feedback from employees to do their job. If your boss never asks for your input or opinions, it’s a bad sign, Folk says. “You shouldn’t feel like they don’t care what you think or like you’re being ignored,” she explains. You have valuable insights that deserve to be heard. Want to improve that relationship? Start with these 16 proven ways to build trust with your boss. 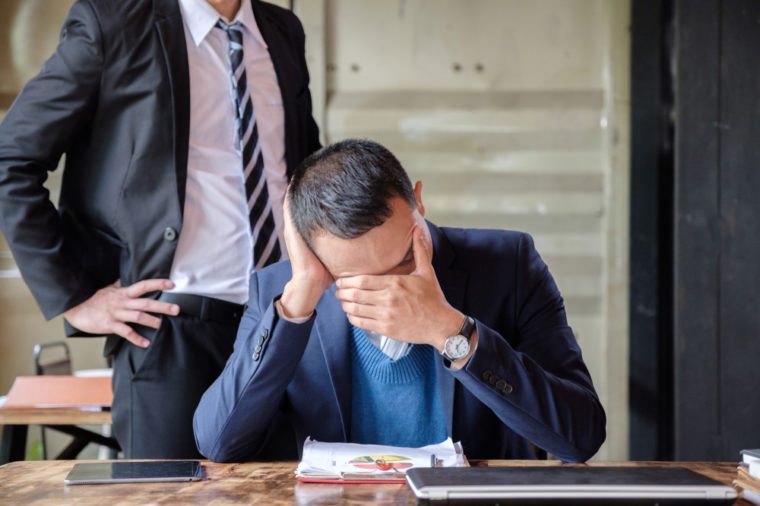 He punishes or makes fun of you for making mistakes

Mistakes happen. You’re human. So when you make a mistake, the proper response from your boss is to acknowledge it and help you figure out how to fix it and prevent it from happening again. A terrible boss will shame or punish you instead of teaching you, says Nate Masterson, human resources manager for Maple Holistics. 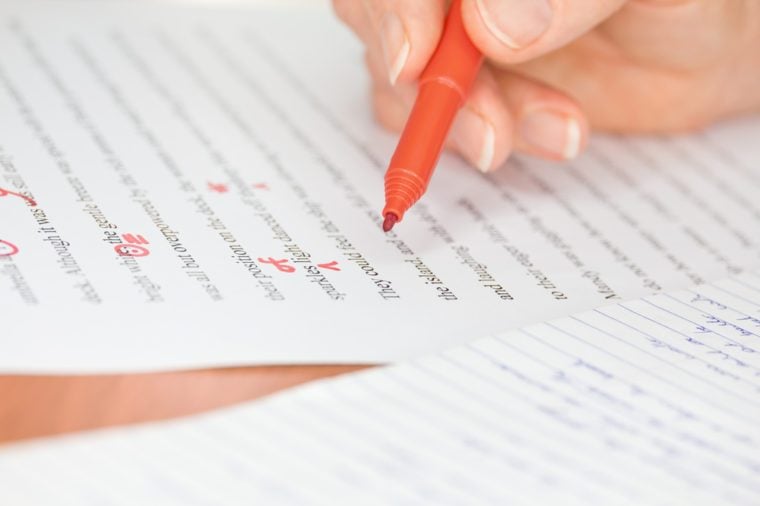 He fixes your mistakes for you

At first glance, having a boss who fixes your mistakes for you may seem like a great thing. Ultimately, this strategy will come back to bite both of you in the butt, though, Masterson says. By fixing your mistakes, your boss isn’t teaching you how to improve, and he’s setting herself up to have to do your job on top of his. Here are more signs your boss is a micromanager. 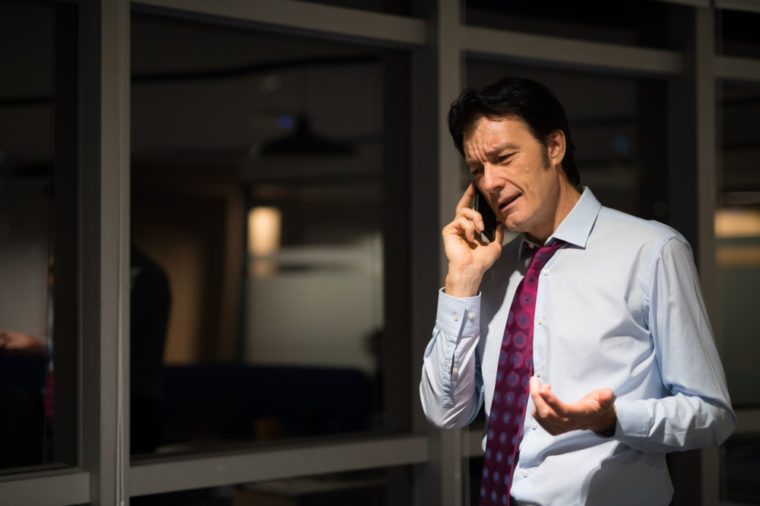 Bosses who dismiss your questions or answer with something along the lines of “because I said so” are essentially expressing their disregard of their employees loud and clear, Masterson says. In addition to cutting off communication and teaching, this can feel like a huge punch in the gut for any employee. “Terrible bosses love to use this phrase when there is no rhyme or reason for their decision or policy other than that it’s always been that way,” he says. 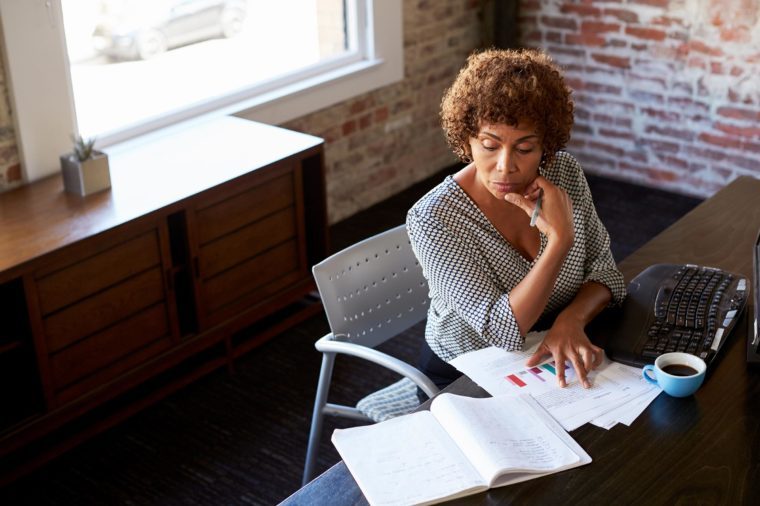 She refuses to look you in the eye

Refusing to make eye contact is a subtle but clear sign your boss isn’t listening to you and may even indicate that she doesn’t like you, says Robin Schwartz, professional in human resources at MFG Jobs. This is a particularly bad sign if your boss does it in a group or social settings as well as one-on-one, she adds. Look out for these 16 other signs your boss actually hates you. 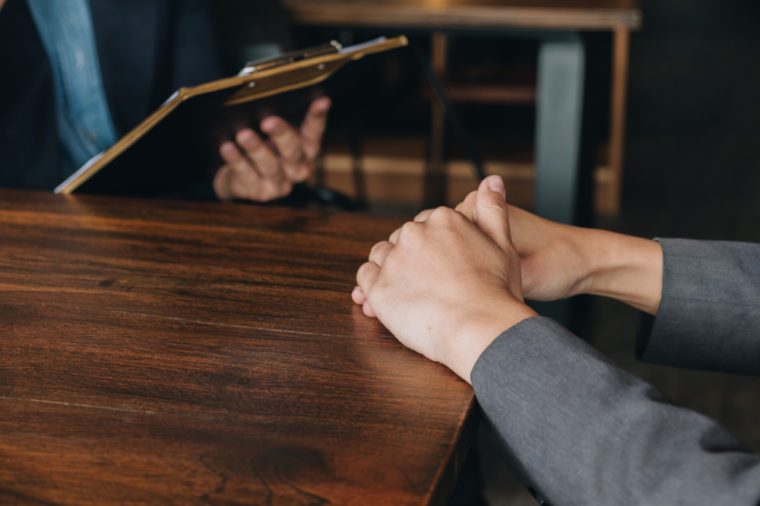 He surprises you with a negative performance review

Negative performance reviews can happen to even the best employees at times and as long as they come with a plan for improvement, there’s nothing to be ashamed of. However, you should never be surprised with a negative performance review, says Todd Dewett, PhD, author and leadership educator. You should have been receiving consistent feedback from your boss, and they should have mentioned it prior to the review, he explains. These are the 14 signs you might be getting fired. 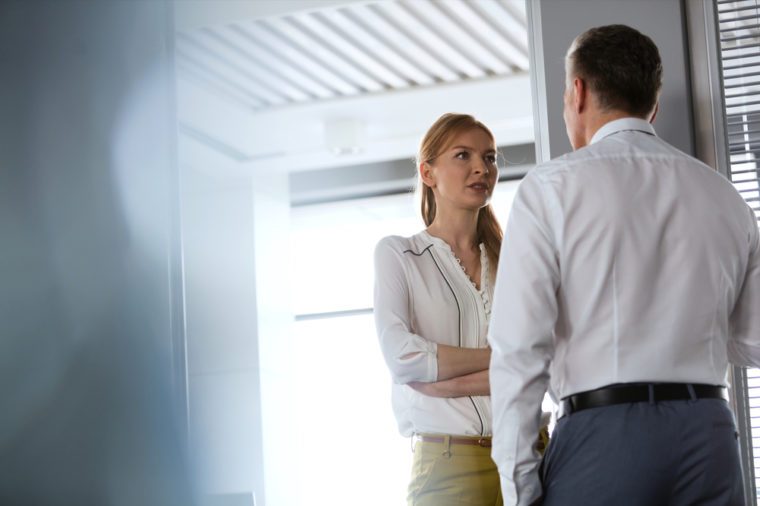 He complains about you to your coworkers

Office gossip can cause problems, but when it’s coming from the boss, it can cause massive issues, Dewett says. “Your boss should not share information about you publicly in group settings,” he says. “That suggests not only potential doubt about you as a colleague, but also a willingness to use their power in a punitive manner.” 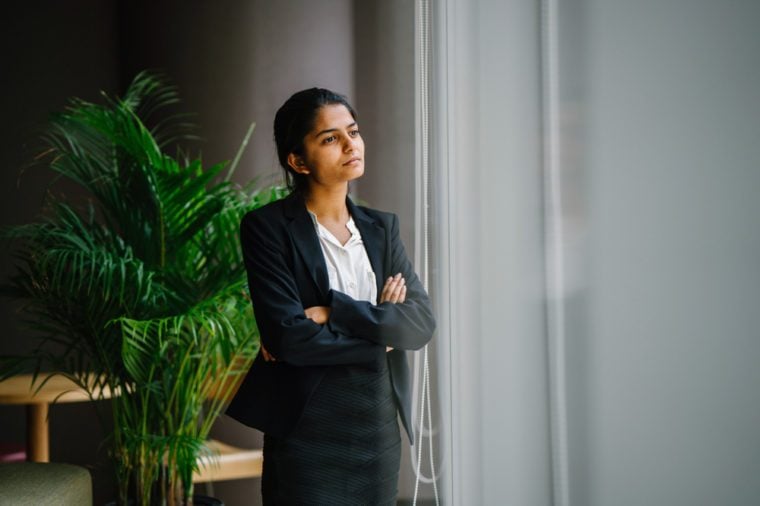 Standing with arms crossed, body turned away, a tight mouth, and either averted eyes or aggressive eye contact are all physical signs of anger, hostility, or irritation—whether or not they actually feel that way, says Jesse Harrison, HR expert and CEO of Employee Justice Legal Team. A terrible boss is unaware of the messages their body language is sending or, even worse, is aware and uses their body to intimidate employees. On the other hand, these are the 17 signs you have a great boss. 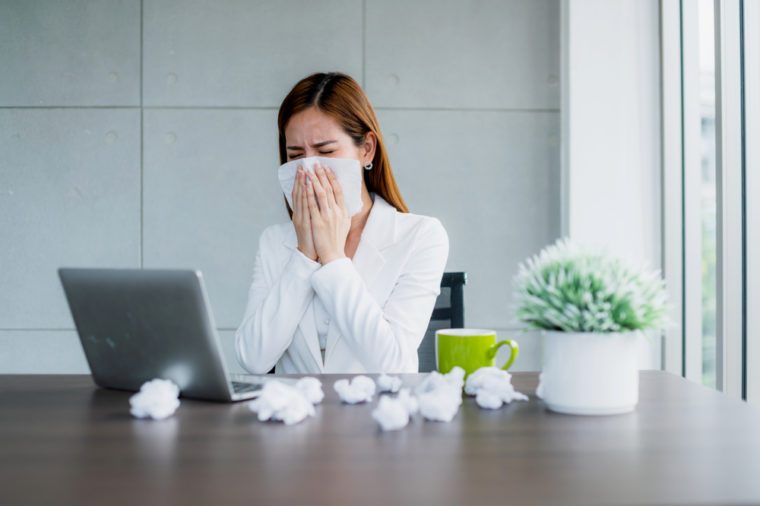 He encourages you to come to work sick

A terrible manager overtly or subtly discourages workers from taking sick days, or insists they do some work from home even when they do take a sick day, says Alison Green, of the blog Ask A Manager and author of How To Get a Job: Secrets of a Hiring Manager. Not only does that mean you’re miserable, but if you’re contagious, you’re spreading it to all your coworkers as well. Next, read on for the 50 secrets your boss won’t tell you, but you need to know.