Is It Just Us—or Are There A LOT of Songs About the Weather?

What is about pop songs and the weather? A British study found that over 750(!) pop tunes talk about rain, rainbows, storms, clouds, sun or other weather terms. Here are some of our favorites. 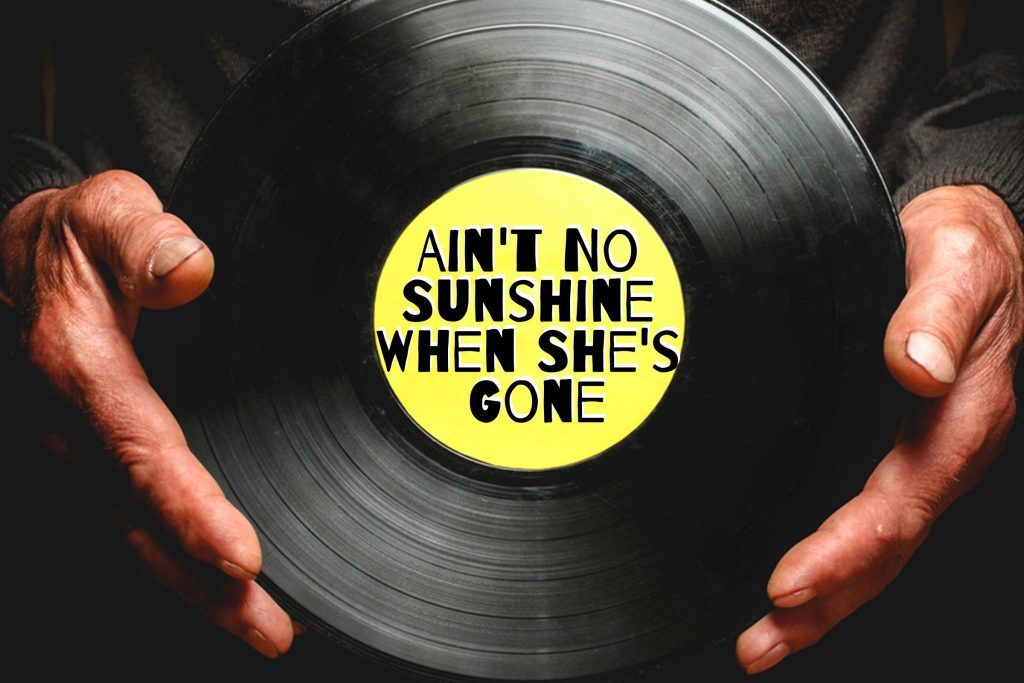 Ain’t No Sunshine When She’s Gone

This song has been covered by so many artists, including the Black Label Society and numerous contestants on American Idol. Released in 1971 by Sussex Records and written by Bill Withers, this is R&B soul tune is a true classic. You can listen to it here. 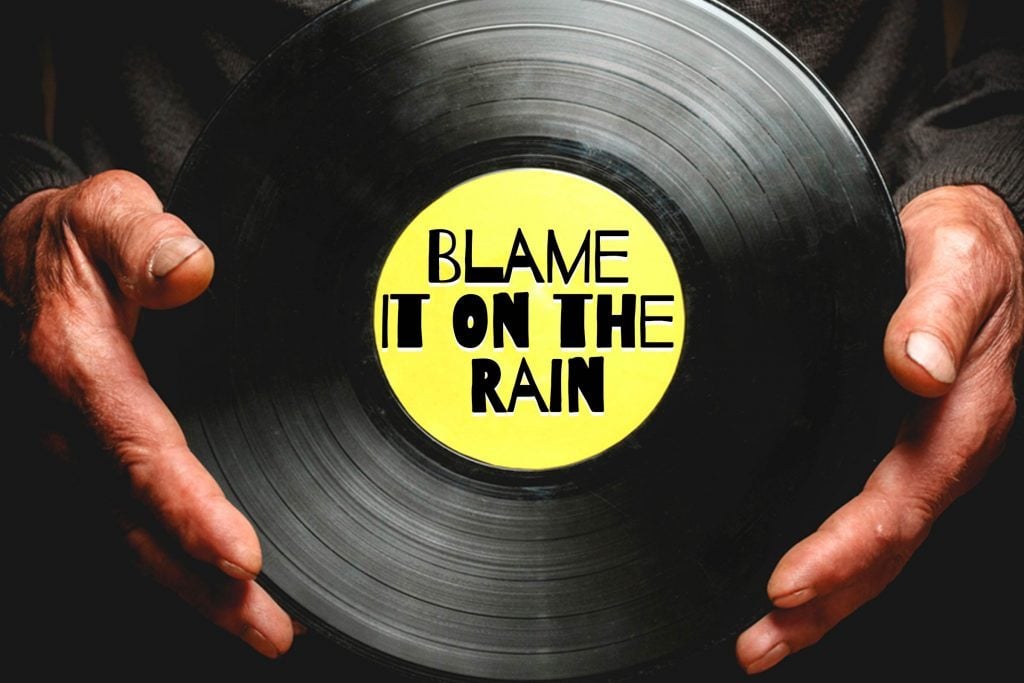 Blame It On the Rain

This dance pop song written by Diane Warren and performed by the German duo Milli Vanilli in 1989 was a true 1980s-era MTV video classic. Years later, the singing duo was accused of lip syncing, which caused a big controversy, but the song, “Blame It On the Rain,” is still a keeper! Here’s what your favorite music says about your personality. 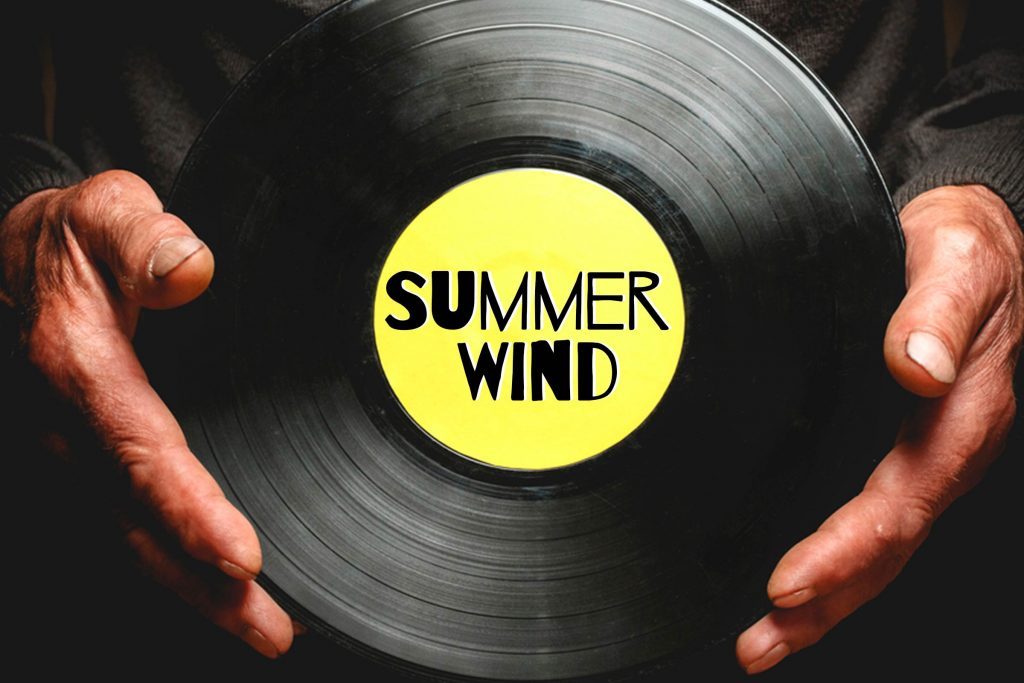 This classic tune, made famous by Frank Sinatra, has been sung by many crooners, snapping their way through the song but never as famously as “Old Blue Eyes.” “Summer Wind” was written by the German songwriter Heinz Meier and then translated into English. Some other artists who covered the song include Barry Manilow and Michael Buble, and it was actually first recorded in America by Wayne Newton followed by Bobby Vinton and Perry Como. 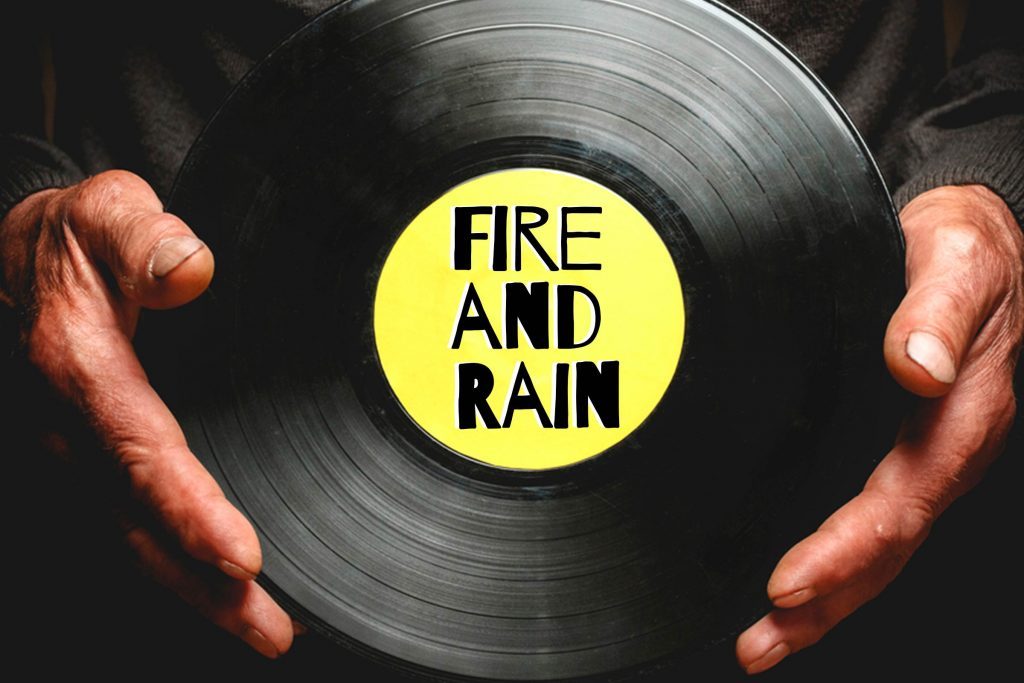 This soft rock 1970s song by James Taylor has been covered by more performers around camp fires than he probably ever expected. It was recorded at Sunset Sound and was on the Warner Brothers label. “Fire and Rain” is such a sad but beautiful song! 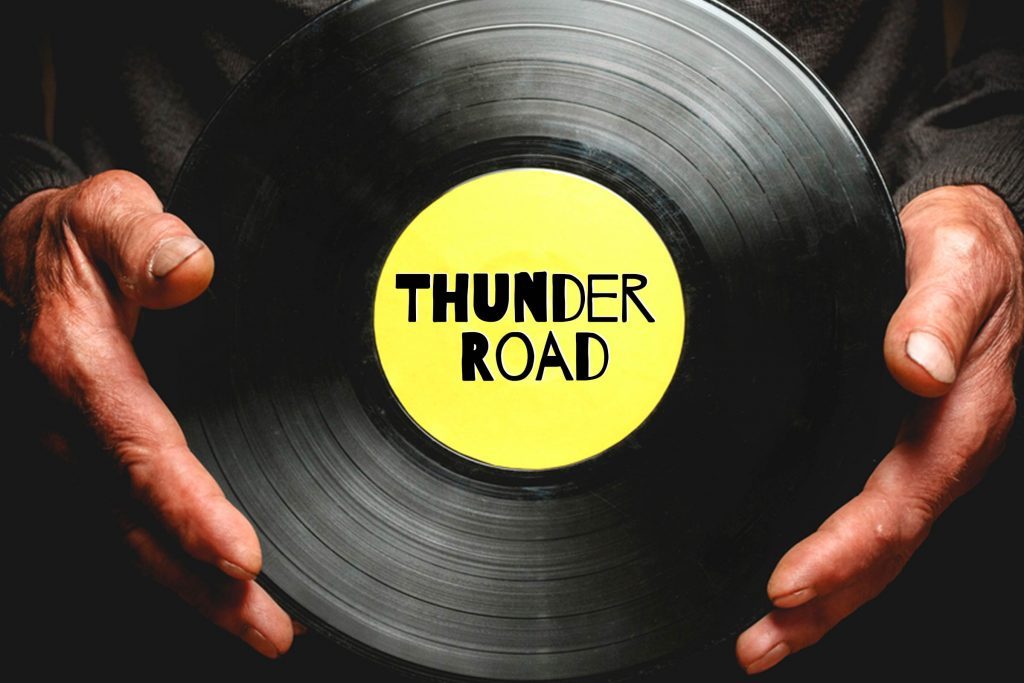 This classic rock song written by the Boss (Bruce Springstein, of course), was a huge hit back in 1975 when it was released by Columbia Records. “Thunder Road” was Springstein’s opening track on the hit album, Born to Run, and is considered to be one of the top rock songs of all time. 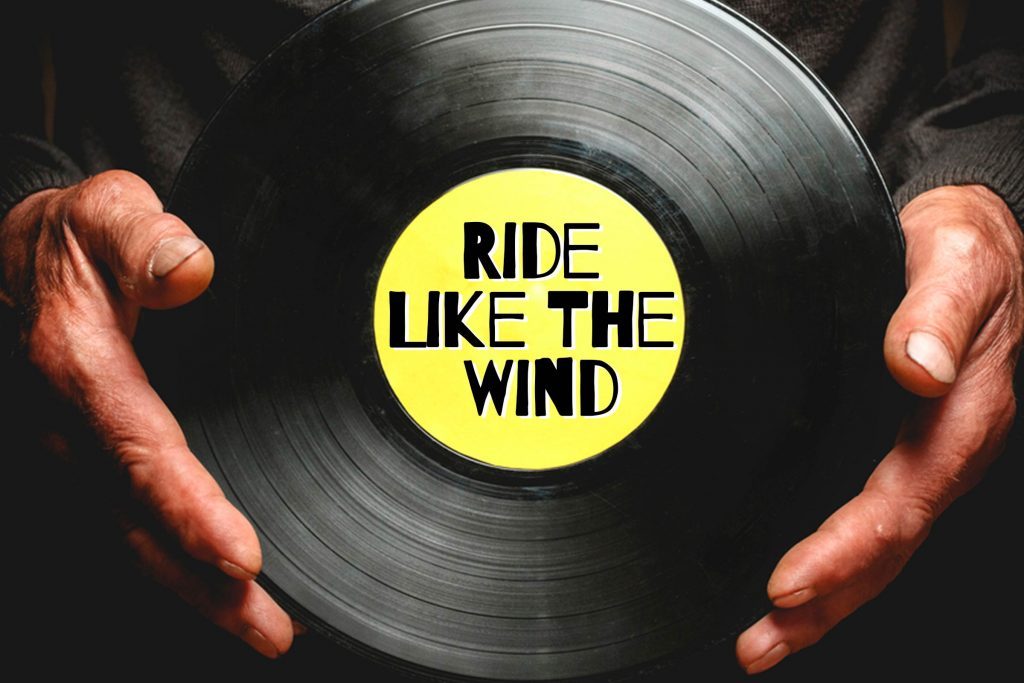 This Grammy-award winning soft rock song was released in 1980 by Christopher Cross and produced by Michael Omartian. “Ride Like the Wind” held steady at number two on the U.S. charts for four consecutive weeks. By the way, you wouldn’t believe all the health benefits of listening to music! 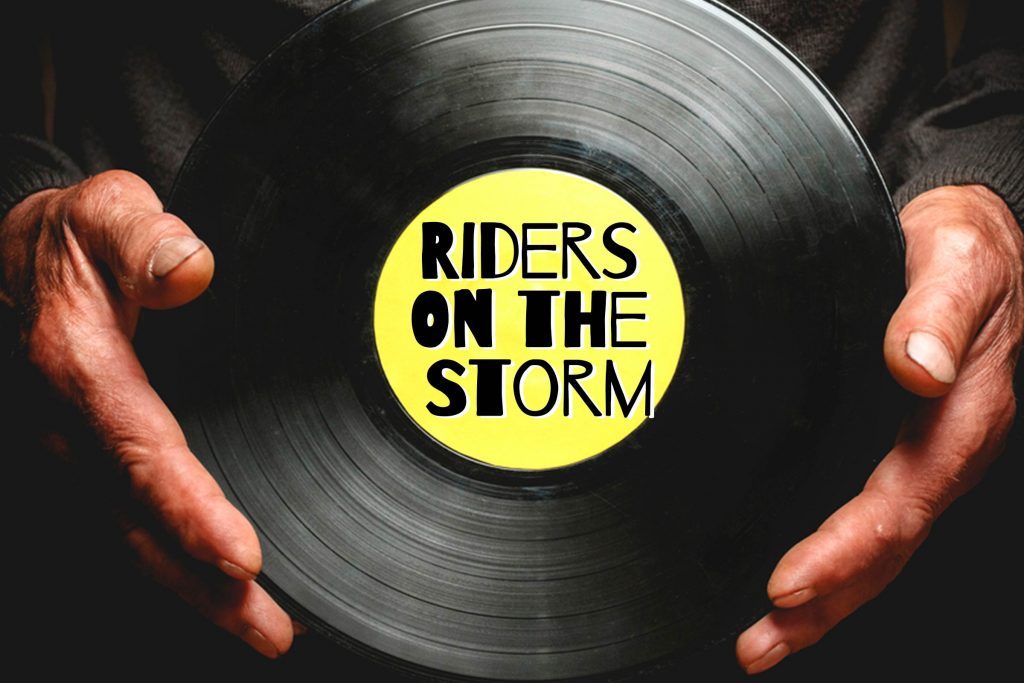 Riders on the Storm

This psychedelic rock song was written by Jim Morrison of The Doors, and released in June of 1971 by Elektra Records. It is a slow, soulful tune that’s over seven minutes long! “Riders On the Storm” is from The Doors’ hit album, L.A. Woman. Looking for jams to summon the sandman? These are the songs that can help you sleep better. 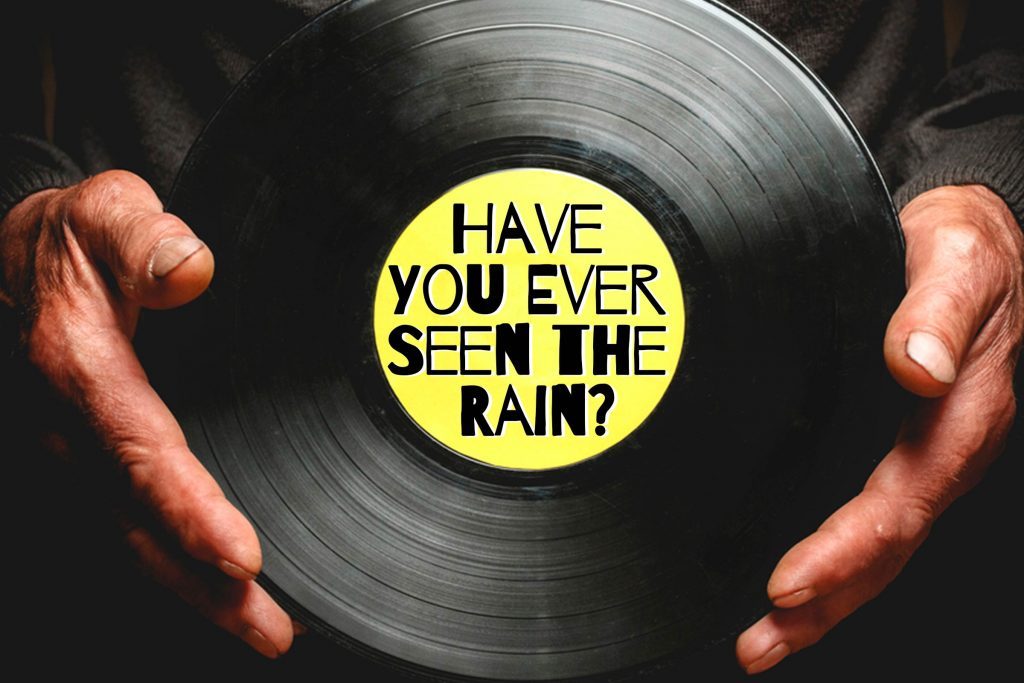 Have You Ever Seen the Rain?

This country rock single released in 1971 was by none other than John Fogerty, performed by the band Credence Clearwater Revival. Many believe “Have You Seen the Rain” is about the Vietnam War and the unrest of the 1960s, but Fogerty has explained in interviews that it was about rising tensions in the band. 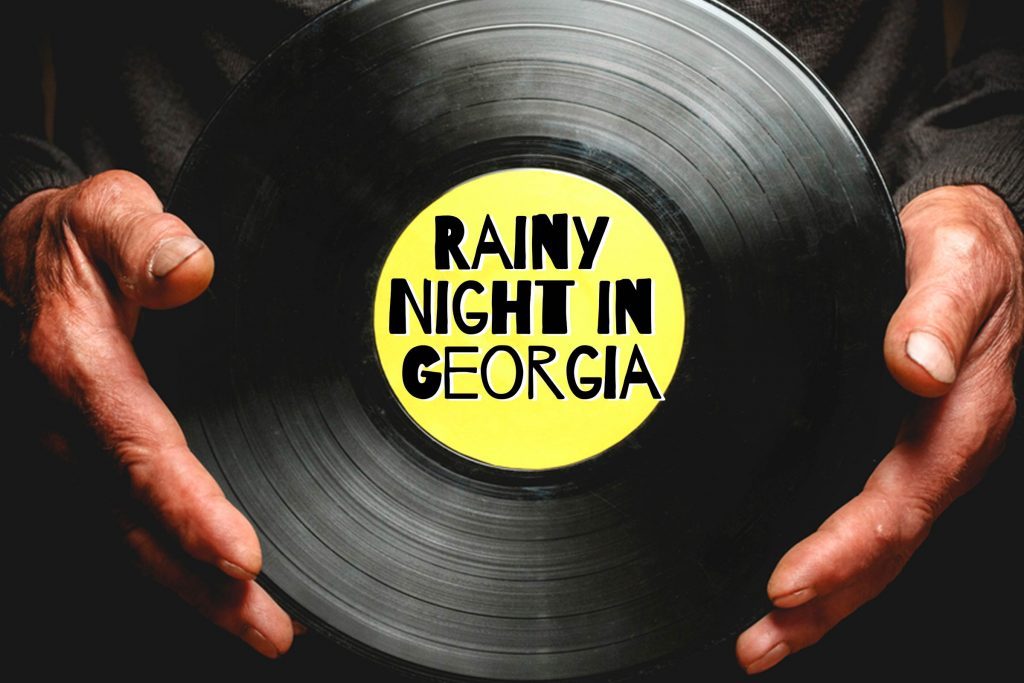 Written in 1967 and released two years later, this R&B soul classic was written by Tony Joe White and put out by Cotillion/Atlantic Records. Though “Rainy Night in Georgia” is a sad song, it became a hit and topped the Billboard Best-Selling Soul Singles Chart. 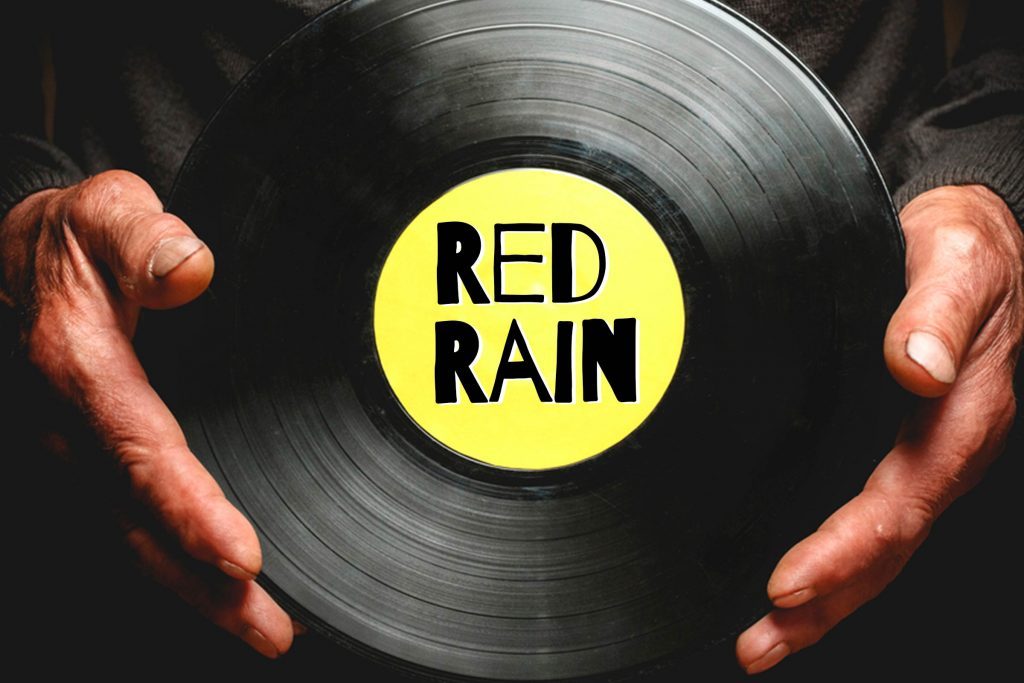 “Red Rain,” the hit song by English rocker, Peter Gabriel, is the first track on this musician’s solo album, So, in 1986. It reached number three on the Billboard charts and stayed there for three consecutive weeks. 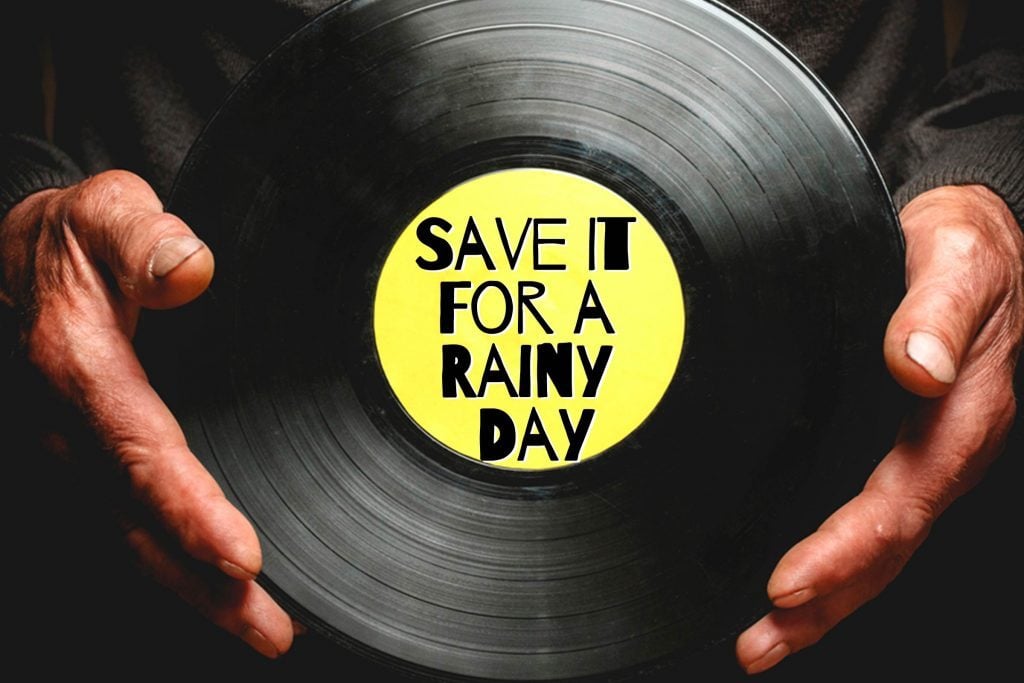 Save It for a Rainy Day

Soft rock tune “Save It For a Rainy Day,” by Stephen Bishop, was released in 1978 by ABC Records. Most people don’t know that it has backing vocal by Chaka Kahn and a guitar solo by Eric Clapton. 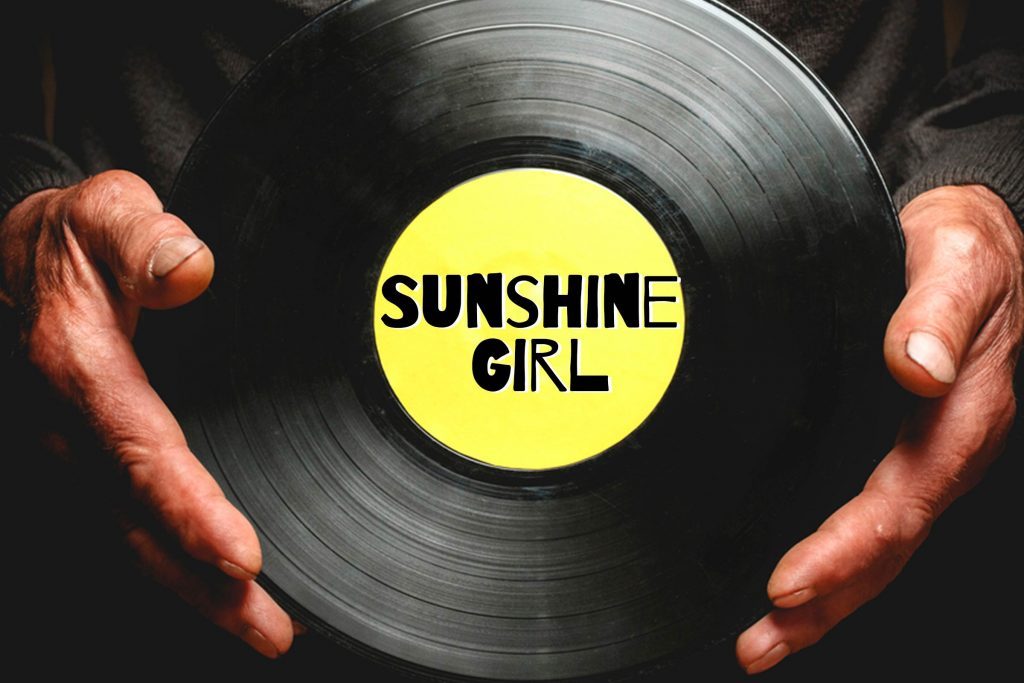 Herman’s Hermits performed this pop rock tune, released in both the U.K. and the U.S. in 1968. Very short in length—just two minutes and thirty four seconds—”Sunshine Girl” was written by Geoff Stephens and John Carter. (Here’s how happy tunes trigger positive memories.) 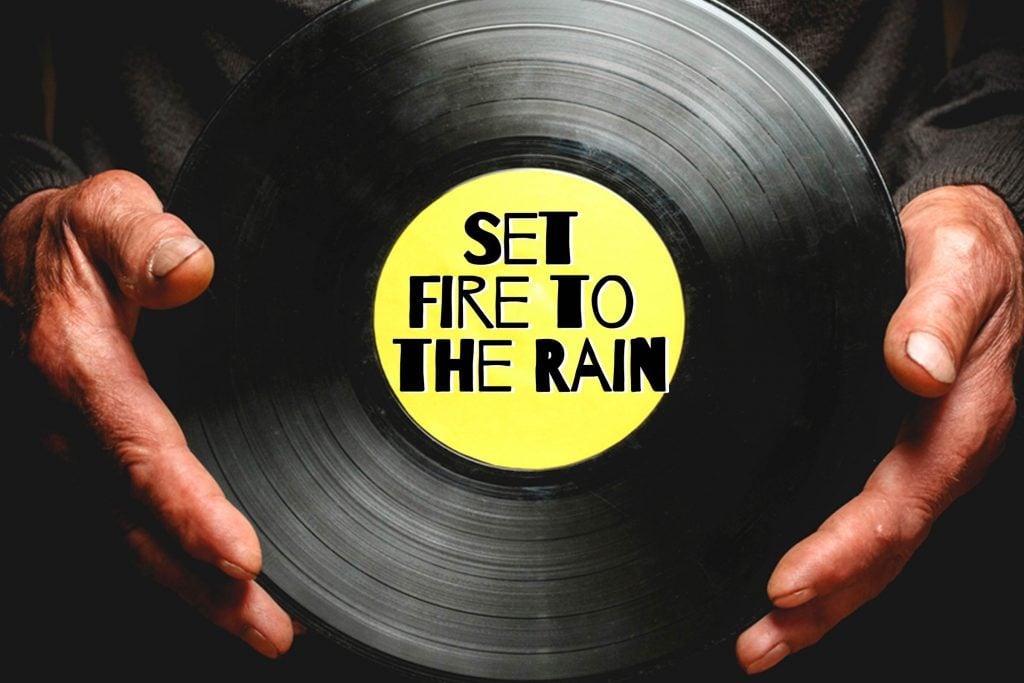 Set Fire to the Rain

How many hits can one songstress have? This pop and soul single, both written and performed by British singer Adele, was released in 2011. “Set Fire to the Rain” hit number one in the U.S. as well as many other countries including Belgium, Poland, and the Netherlands. 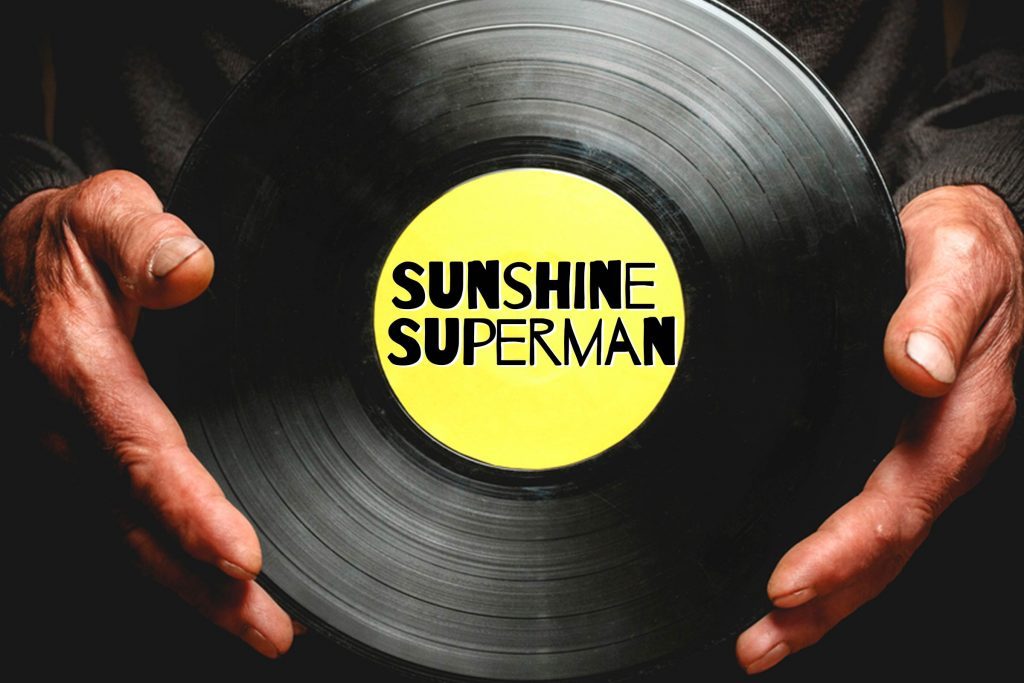 “Sunshine Superman,” by this Scottish star and his producer, Mickie Most, just makes everyone happy. Released by Donovan in July 1966, this psychedelic pop, folk rock track seemed to strike a nerve, hitting the top spot on the charts in the U.S. 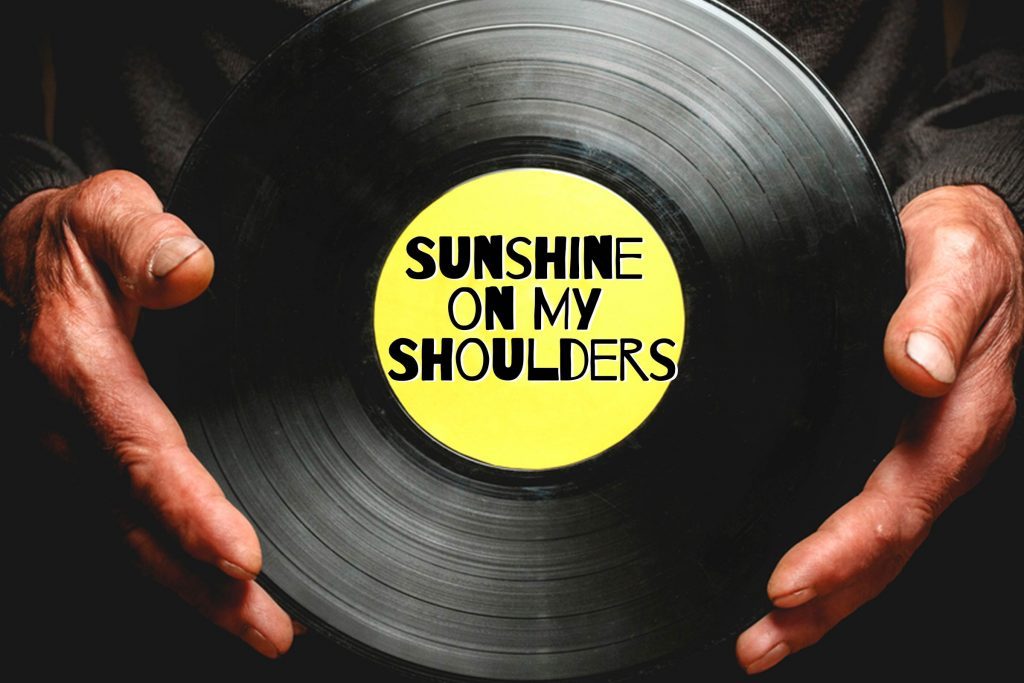 Sunshine on My Shoulders

We can thank John Denver who sang, produced, and co-wrote this beautiful song. He penned “Sunshine on My Shoulders” while longing for the sun on a cold, late winter day in Minnesota. It was originally released in 1971 and most people can sing at least the beginning of this poetic ballad to warm weather. 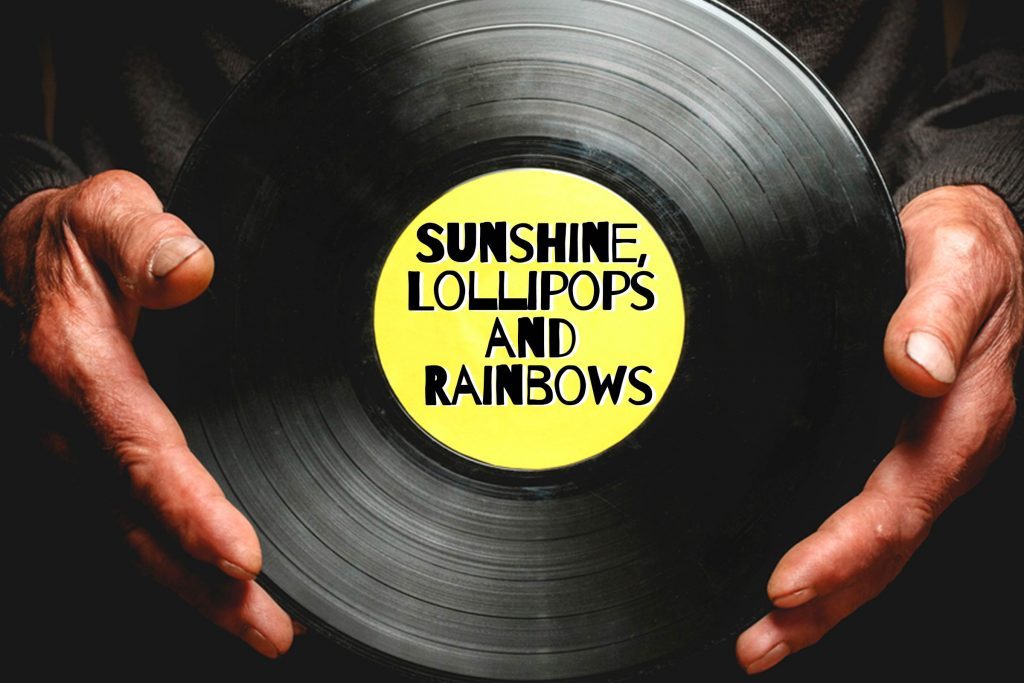 Written by the famous Marvin Hamlisch and Howard Liebling, “Sunshine, Lollipops and Rainbows” was made famous by none other than Lesley Gore, the Sunshine Pop songstress of the 1960s. It became very popular when it was released in 1963. 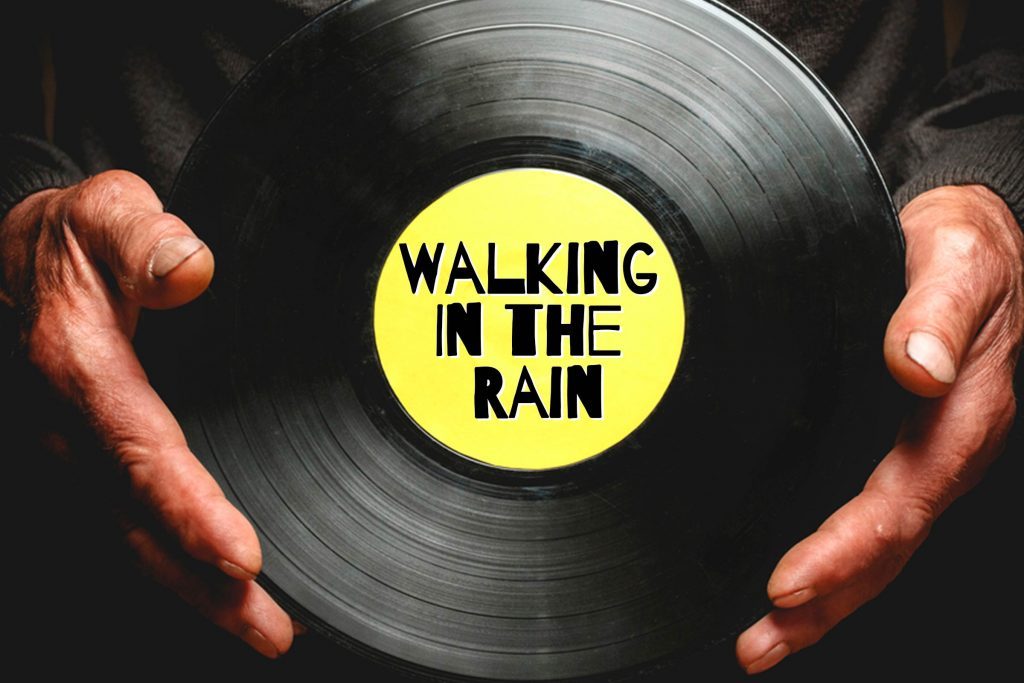 Walking in the Rain

This R&B classic was performed by the all-girl band, The Ronettes, when it was released in 1964. Originally written by Phil Specter, Barry Mann, and Cynthia Weil, “Walking In the Rain” has been covered by numerous artists including The Walker brothers. Here’s why songs can get stuck in your head, according to science. 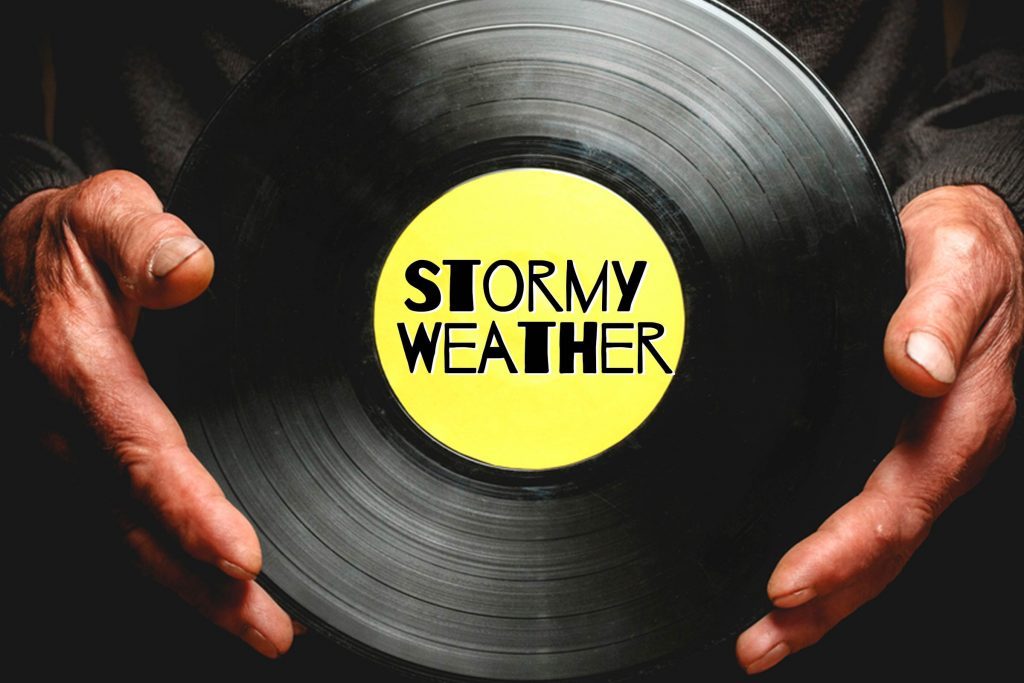 This classic, written by Harold Arlen and Ted Koehler, dates back to 1933, and was first sung by Ethel Waters at the Cotton Club in Harlem. “Stormy Weather” has since been covered by countless artists, including Echo and the Bunnymen in 2005. That’s a long and interesting life for any song! 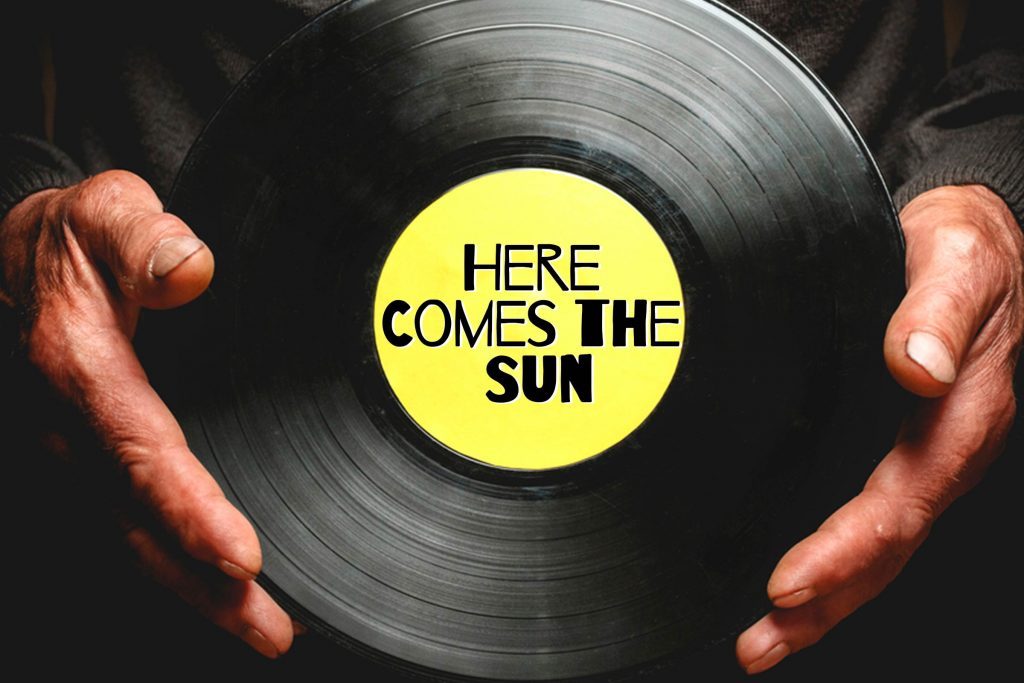 Who doesn’t sing this song after a long winter at the first sight of some welcome sunshine? Released in 1969, “Here Comes the Sun” was written by George Harrison of the Beatles and is featured on their album Abbey Road. The story goes that this classic was written at the country house of Eric Clapton! 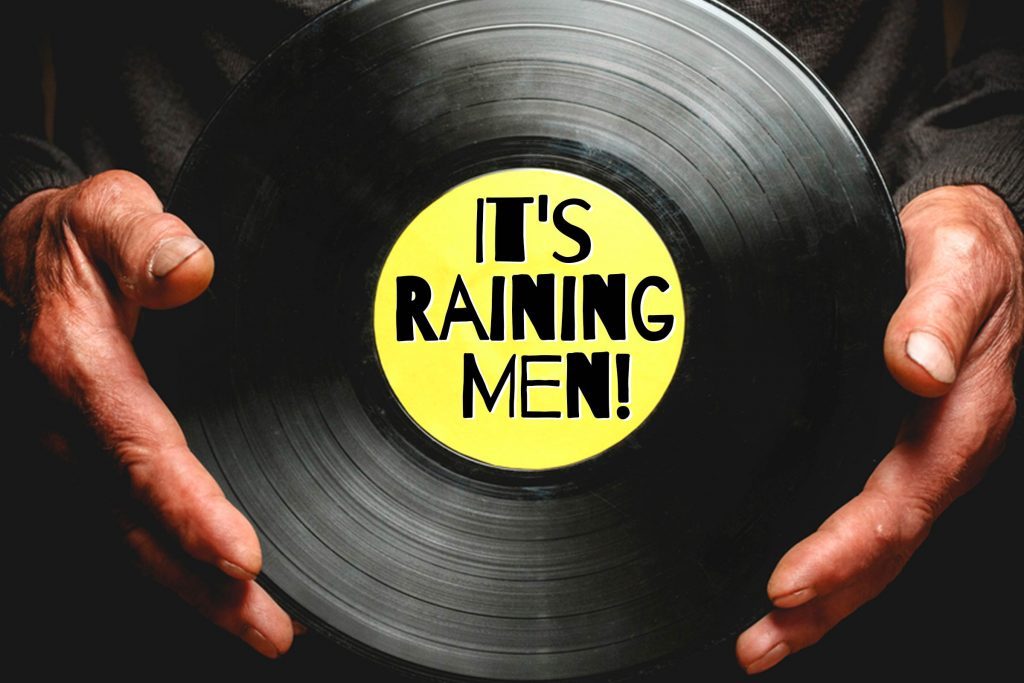 This dance classic of the 1980s was written by Paul Jabara and Paul Shaffer and released in 1982. Though “It’s Raining Men” was originally offered to Diana Ross, Donna Summer, and Barbara Streisand, it was ultimately made famous by The Weather Girls. Put out by Rhino Records, the song went on to sell six million copies and is still a favorite at bachelorette parties!