15 of the World’s Spookiest Travel Destinations

From the haunted and the legendary to the downright creepy, these mysterious spots will chill you to the bone. Can you survive the night? 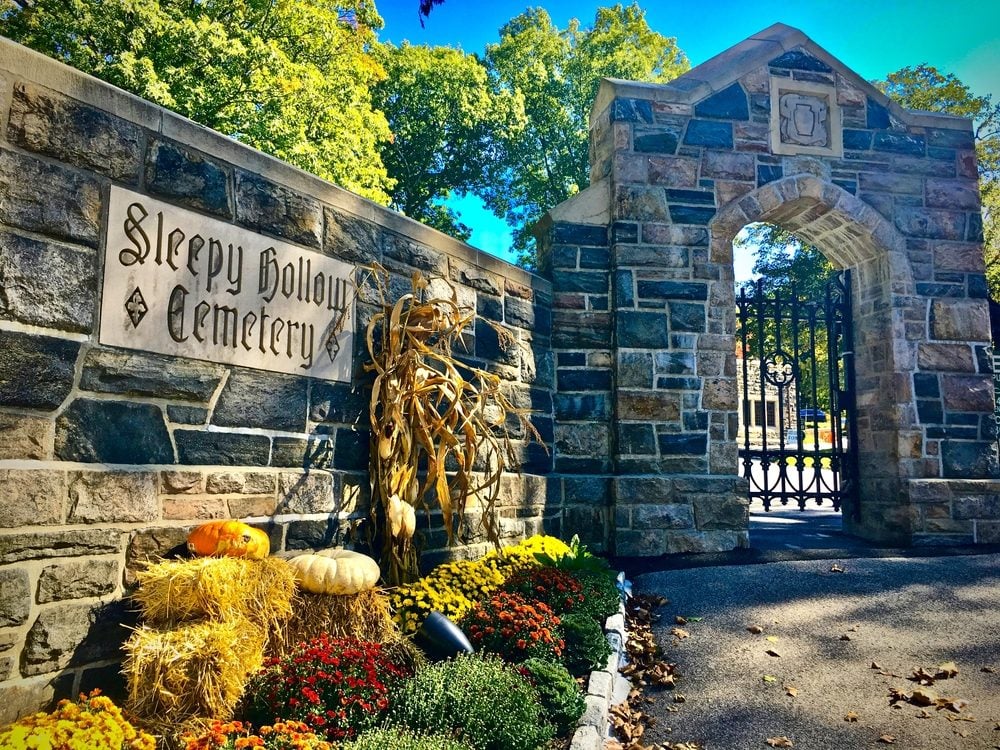 You know the legend: The Headless Horseman rides over the bridge near the Old Dutch Church, searching for his lost head. Washington Irving’s classic tale was based on a section of Tarrytown, New York, now actually renamed after the fictional Sleepy Hollow—and the town goes all out for the spooky fall season. Located in the Hudson Valley, it’s just over an hour by car from New York City. Visit the church’s burial ground to see the final resting places of the real-life people who inspired the story, and listen to the tale read aloud inside the church itself. Take a lantern tour after dark of Sleepy Hollow Cemetery, where Irving is buried. A visit to haunted “Horseman’s Hollow” will scare you out of your wits (Caution: It’s not for children). You might even run into the horseman himself! 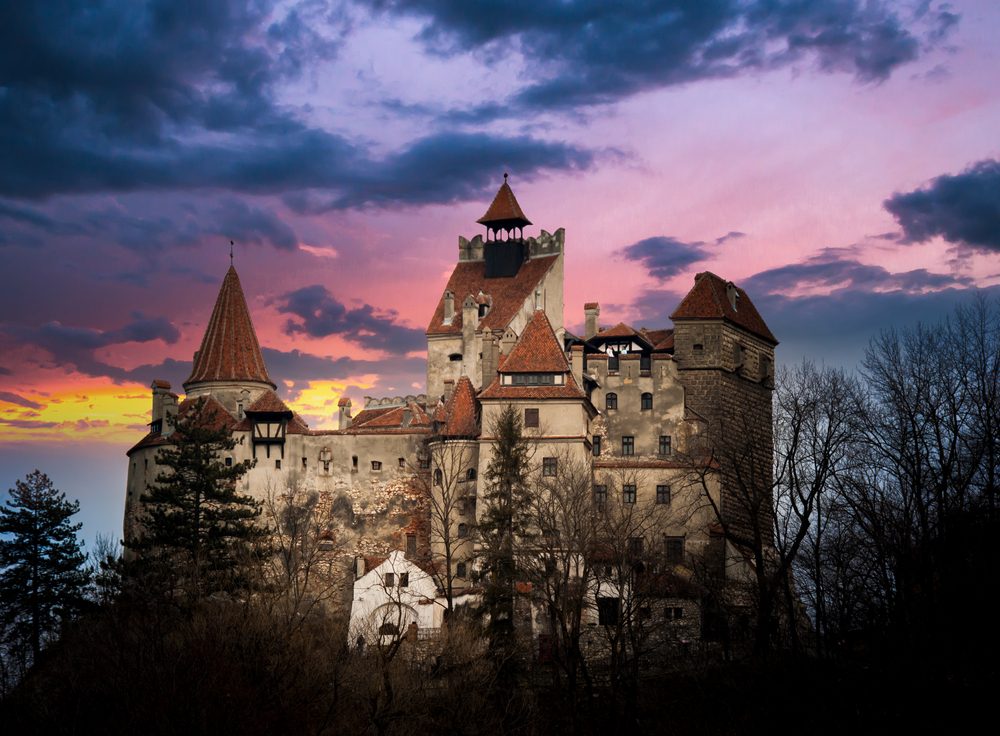 This region of Romania takes visitors to that place between myth and reality where spooky beings like Dracula exist. Transylvania and its castles have dubious connections with Bram Stoker’s fictional vampire and the real-life prince who supposedly inspired him, Vlad the Impaler, but it sure looks the part. Bran Castle is popularly known as “Dracula’s Castle” because its appearance fits Stoker’s description; plus, it may have briefly housed Vlad as a prisoner. A stunning sight in itself, the castle hosts an annual Halloween party for those not afraid the legend will come to life. Other impressive castles linked with Vlad include Poenari Fortress and Corvin Castle. Find out more about the hidden origins of Halloween’s spookiest creatures. 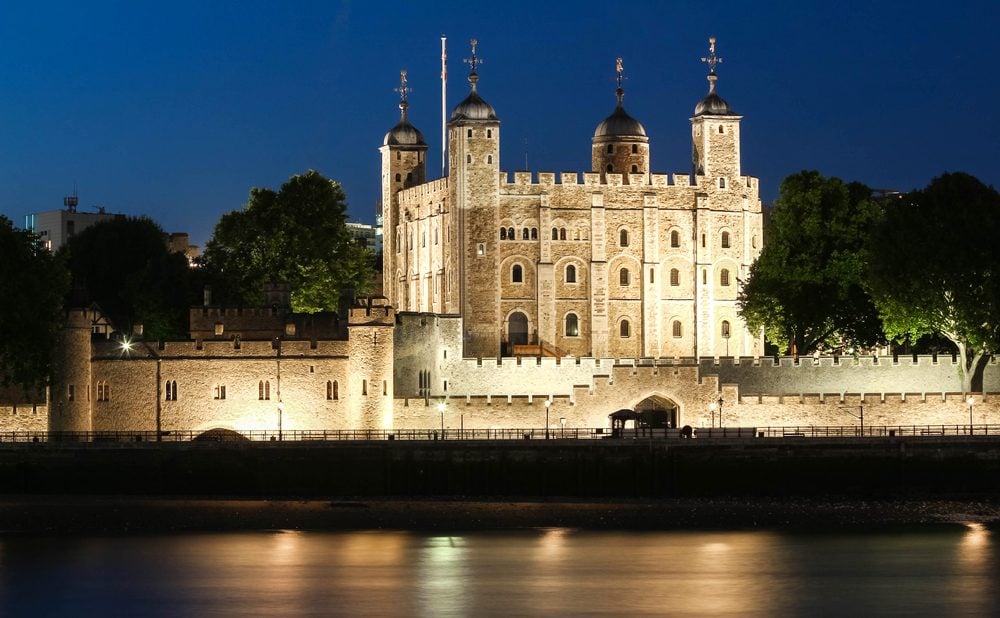 With its eerie English mist and famous fog, this is one city where ghosts feel right at home. Take an evening Jack the Ripper tour through Whitechapel, visiting notable spots on the trail of the 19th century serial killer’s unsolved murders; then stop at The Ten Bells pub where his victims spent time before meeting their grisly fate. Nearby on the banks of the Thames, the imposing Tower of London witnessed many royal beheadings including Henry VIII’s wife Anne Boleyn, and spirits of the executed still walk the grounds. At Highgate Cemetery in northern London, phantoms of the departed—and even a vampire—have been seen wandering among the tombstones; steady your ghosthunting nerves at The Flask pub (also haunted) around the corner. Read more about the royal ghosts that still haunt Britain to this day. 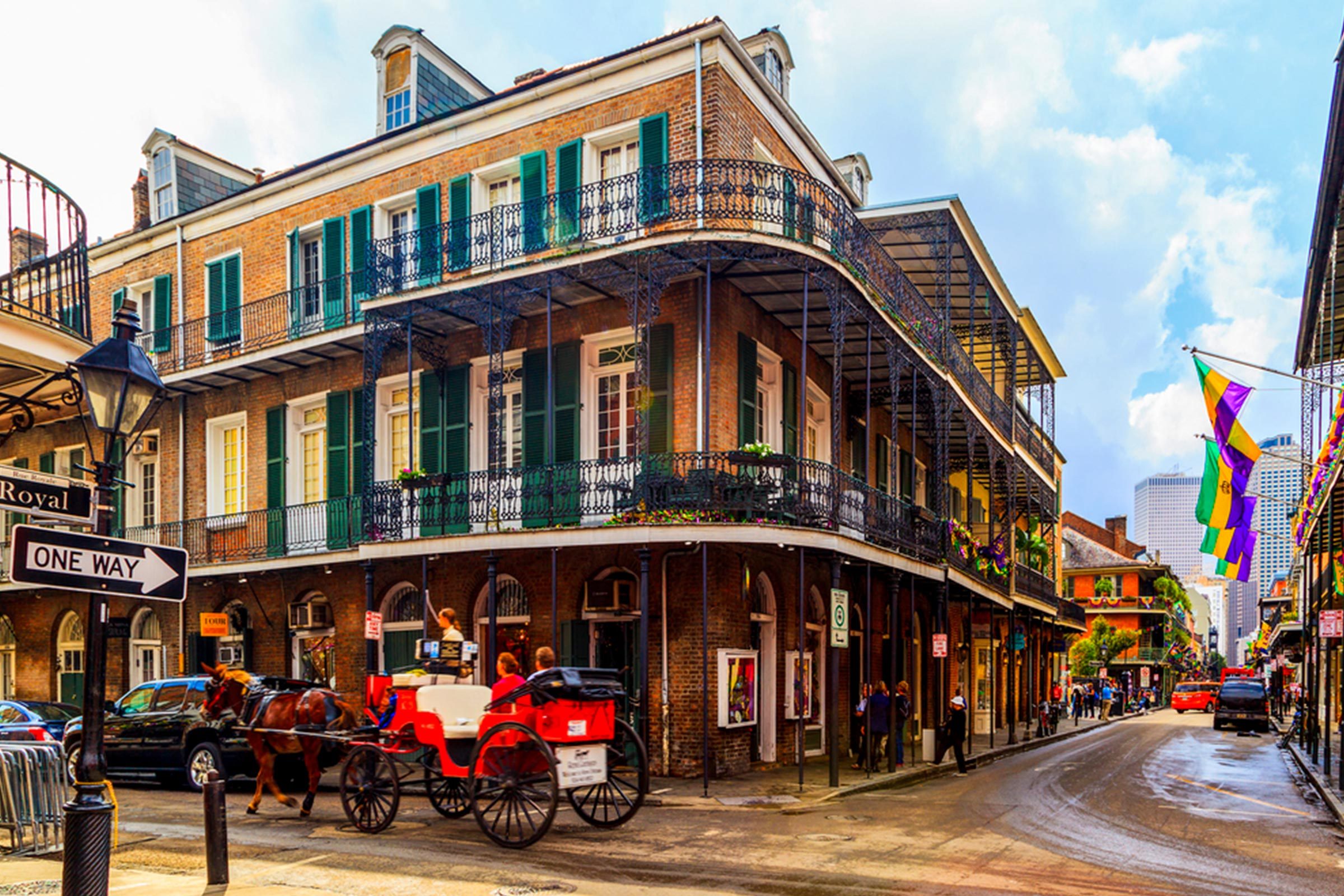 Called the most haunted city in America, New Orleans’ history is steeped in Voodoo, vampires, and ghosts around every corner. It’s no wonder it’s been the setting for supernatural tales such as Interview with the Vampire, True Blood, and American Horror Story. Take a ghost tour to hear about the atrocities committed at the LaLaurie mansion. Visit the bars and pubs of the French Quarter, which all seem to be haunted. Check out a voodoo shop, and take a stroll through the “city of the dead” at St. Louis Cemetery No. 1, burial place of “voodoo queen” Marie Laveau. Here are more real-life haunted houses you need to see. 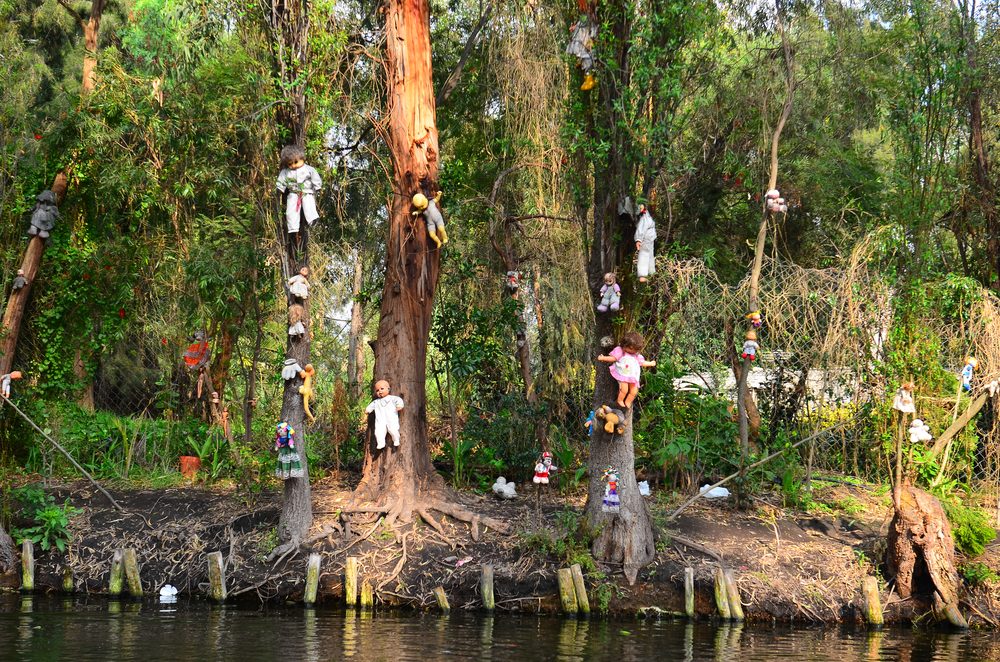 You’re probably not going to book a vacation to this tropical isle, but if you happen to be visiting Mexico City and the UNESCO World Heritage site of Xochimilco, check out this creepy off-the-beaten-path destination. Legend has it that the Island of the Dolls is home to the spirit of a young girl who drowned offshore. A recluse who lived there believed collecting and displaying dolls, now filthy and missing body parts, would appease her spirit. Tragically, he also drowned—coincidence? Visitors have said the dolls move, blink their eyes, and even whisper. See for yourself if you dare. Check out more of the world’s most haunted bodies of water.

Home to one of the most notorious events in American history, the Salem Witch Trials of 1692, this city just north of Boston now embraces its witchy past with the annual Haunted Happenings festival. Visit the Salem Witch Museum or the Jonathan Corwin “Witch House,” the only remaining structure with direct ties to the trials (Corwin was a judge). You can also tour the real House of the Seven Gables, the inspiration for Nathaniel Hawthorne’s Gothic tale. Hawthorne’s ancestor, John Hathorne, was also a witch trial judge; visit his grave in the Old Burial Point (Charter Street Cemetery). Remarkably, it was only in 2016 that historians verified the execution site of the alleged witches, where a memorial now stands. However, because it’s in a residential neighborhood, it might be better to pay your respects at the memorial downtown. For the lighter side of the town’s past, check out the locations where Hocus Pocus was filmed, and around Halloween time, don a spooky costume and some fake blood. These are the 10 things to stop believing about the Salem witch trials. 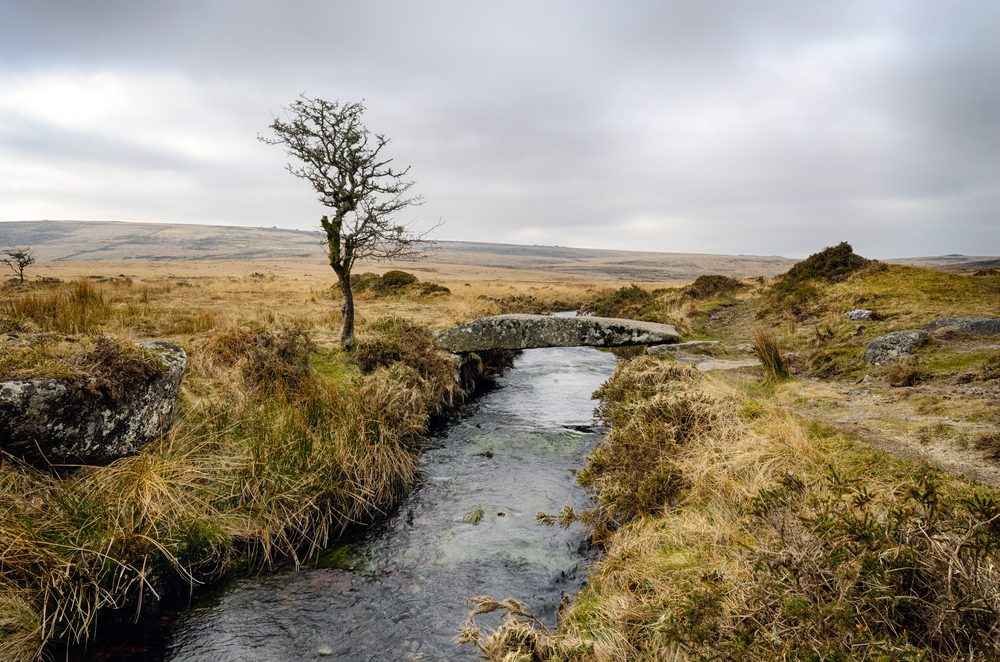 This area in county Devon features eerie moors where mists have been known to come on suddenly and disorient those who dare wander the barren landscape. Dartmoor is also home to more than its fair share of ghost stories, witches, and pixies. One of these inspired Sir Arthur Conan Doyle’s classic Sherlock Holmes tale, The Hound of the Baskervilles, which featured a deadly canine specter. Explore the spooky setting for yourself with a visit to Dartmoor National Park—you can even take a guided Hound of the Baskervilles tour to learn more about the supernatural history of the area. 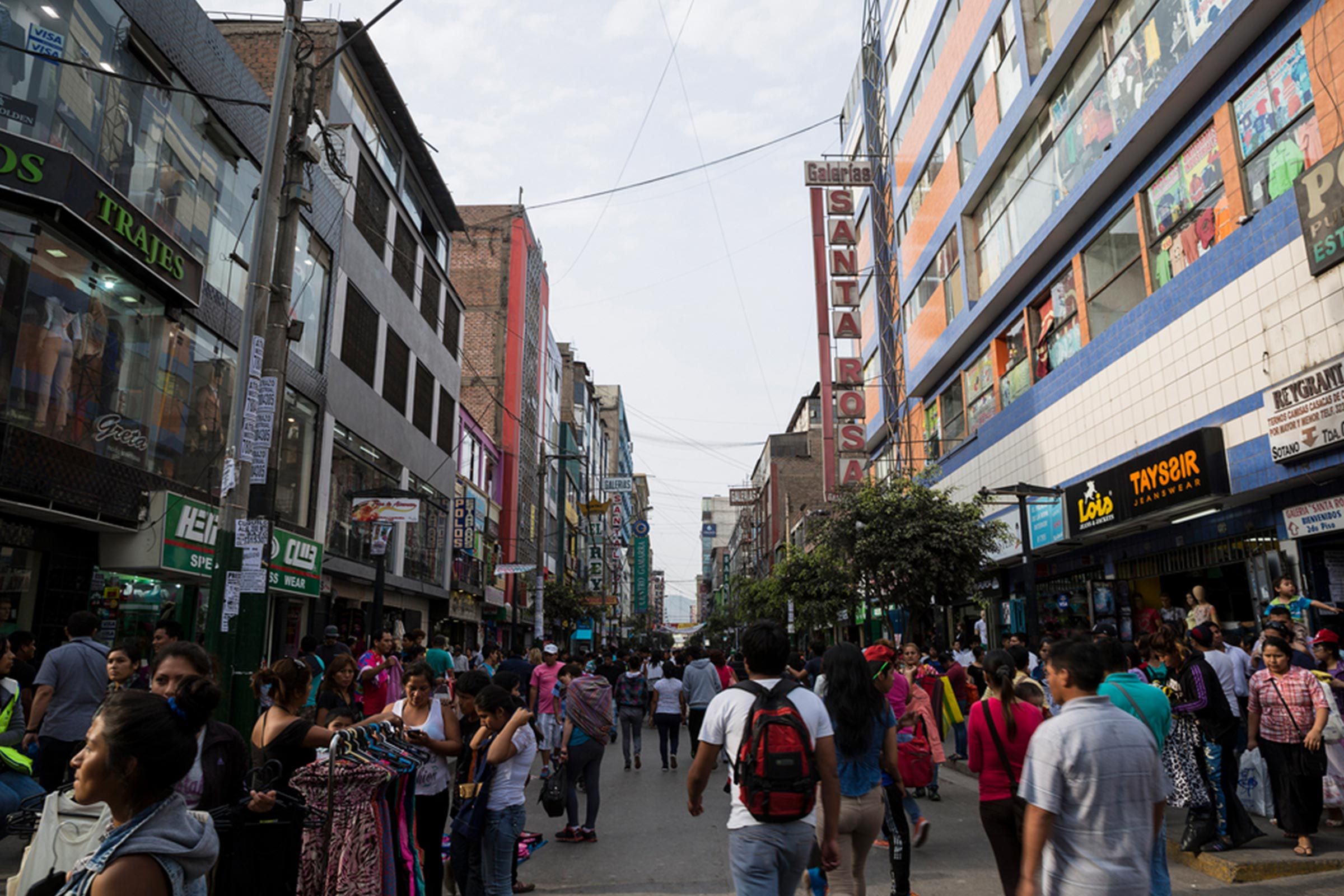 Off the beaten path, the Mercado de Brujas, or Witch Market, within Lima’s non-witchy Gamarra Market, is definitely not a tourist attraction: It’s the real deal. The place sells everything a shaman would need for traditional Peruvian folk medicine: snake skins, dried llama fetuses, monkey skulls, and a mixture of natural elements called hatun hampi. You can also sample a curative drink made from live frogs. (We don’t recommend drinking it!) 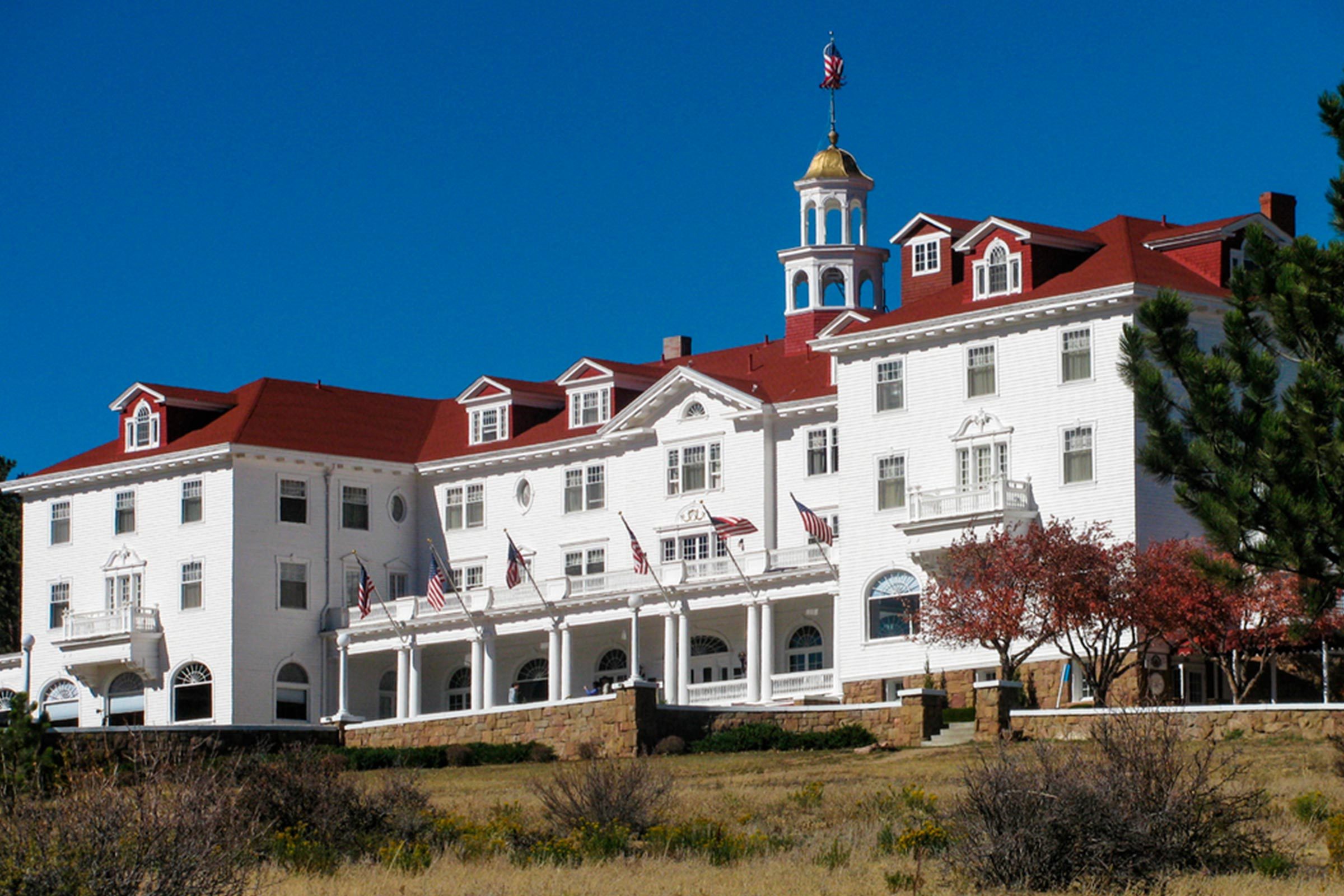 If “all work and no play make Jack a dull boy,” consider a vacation to this mysterious hotel. Horror master Stephen King himself was so freaked out by the place when he stayed in haunted room 217 that it inspired his classic, The Shining. “Wandering through its corridors, I thought that it seemed the perfect—maybe the archetypical—setting for a ghost story,” the author says on his website. “That night I dreamed of my three-year-old son running through the corridors, looking back over his shoulder, eyes wide, screaming.” Jerking out of bed, within a few minutes he had the idea for his novel. But it’s not just fiction: This Rocky Mountain hotel, which opened in 1909, has its own haunted past (listen for the sound of children playing or a tinkling piano), which visitors can explore during the Night Spirits Tour. Here are more of the most haunted hotels in America. 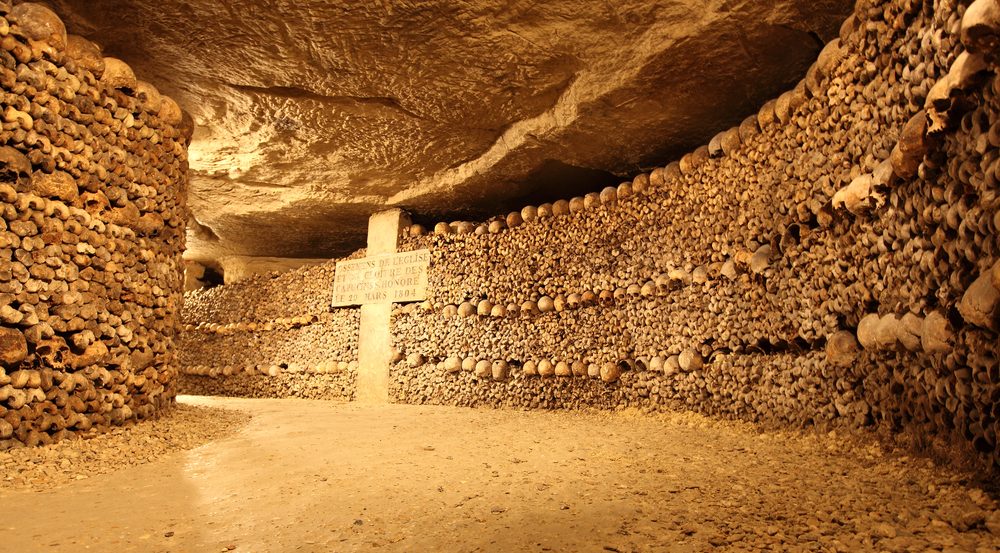 The City of Light has some dark history. Visit the elaborately decorated Garnier Opera House, the real-life setting for The Phantom of the Opera. Although the Opera’s museum and library curator, Pierre Vidal, told The Telegraph, “nobody has seen a ghost in the opera house,” you can play a Phantom-themed “immersive adventure” escape game there. If you’re looking for actual ghosts, keep an eye out for the Red Man in the Tuileries gardens. But for the spookiest Parisian experience, check out the Paris catacombs, hundreds of miles of underground passageways lined with the bones of six million souls. Don’t miss these true ghost stories from the most haunted places in the world. 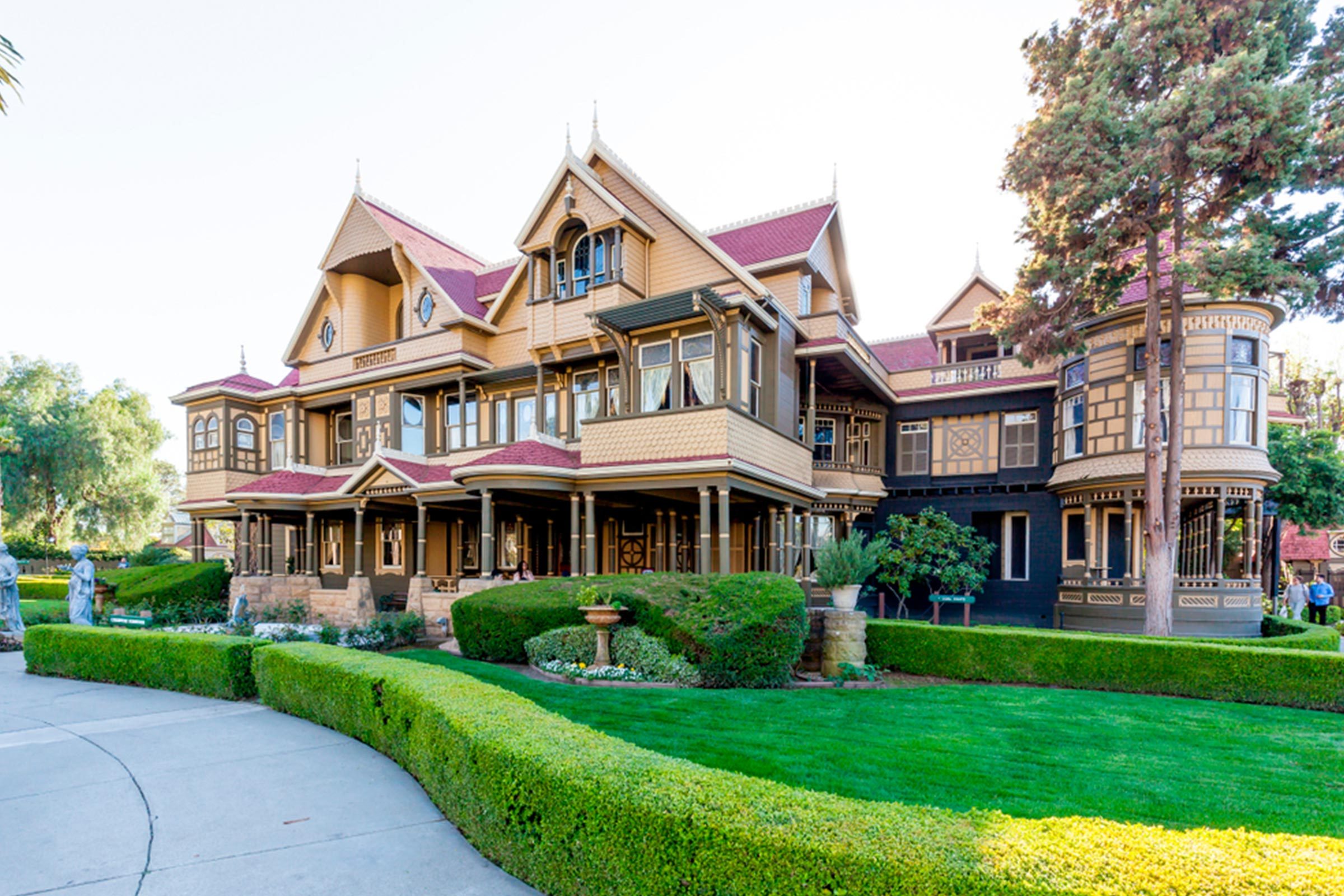 The recent Helen Mirren thriller, Winchester, told the story behind this real-life house—whether the supernatural part is true or not is up to you to decide. Tragedy befell rifle heiress Sarah Winchester when her infant daughter and husband died, which she believed to be retribution by all those who had perished by Winchester guns. Sarah began building the maze-like house in the 19th century—and never stopped until her death, creating staircases and doors that don’t lead anywhere, windows that look onto other rooms, and massive amounts of bedrooms so she could change up where she slept. Why do all this? Supposedly, she wanted to confuse the spirits that haunted her. Visit the house today for spooky candlelight tours. Read about more haunted house mysteries no one can explain. 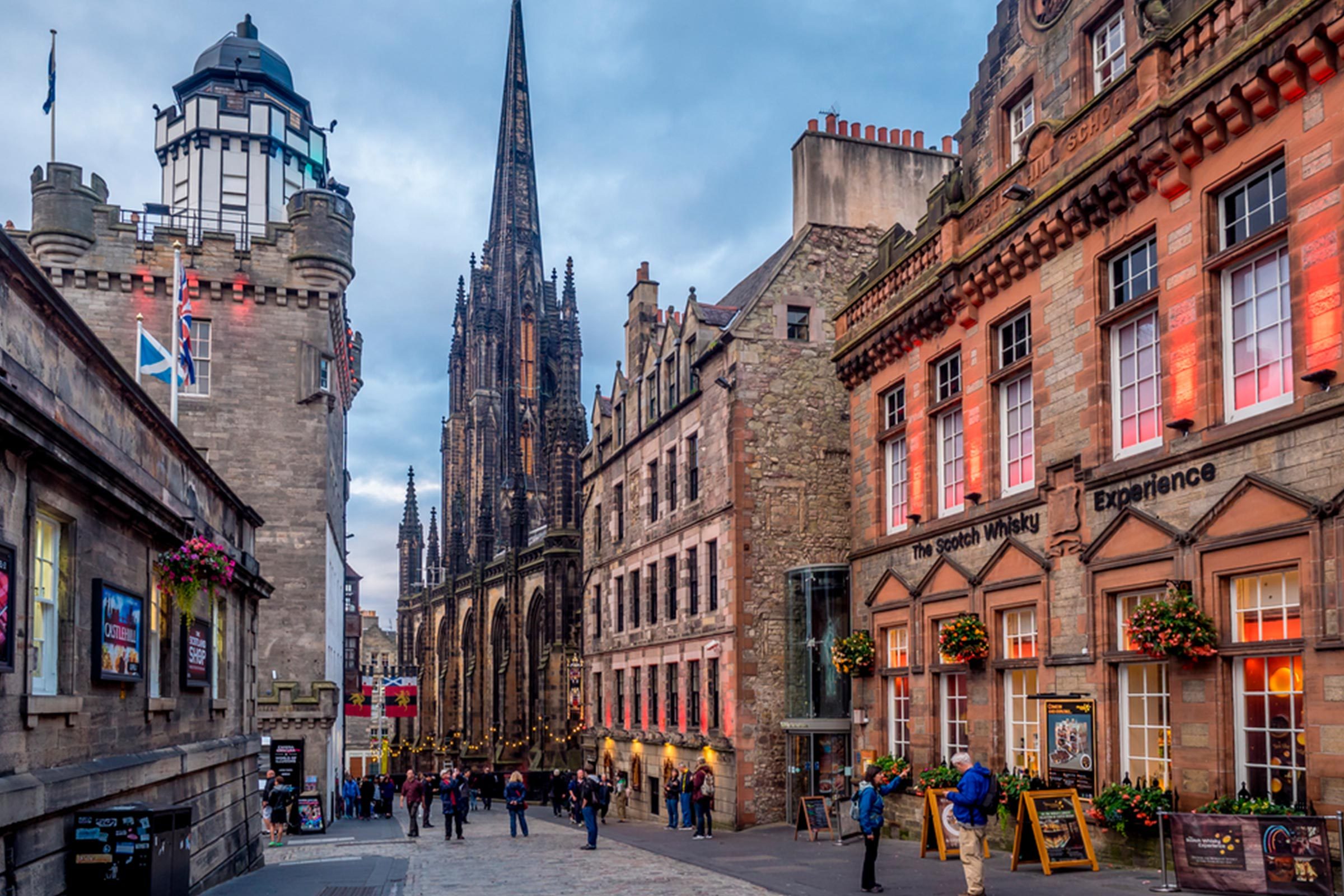 Edinburgh’s Old Town looks like something out of the Middle Ages—and spirits from that time still linger among the cobblestone lanes. Take a ghost tour along the Royal Mile, which heads up to the imposing Edinburgh Castle, home to phantoms including the headless drummer. One of the most haunted spots in the city is Mary King’s Close, a narrow street that was hit hard by the deadly Black Plague. It was walled off and is now underground, but you can visit it with the Real Mary King’s Close experience. Oh, and try not to disturb the poltergeist that haunts Greyfriars Kirkyard. 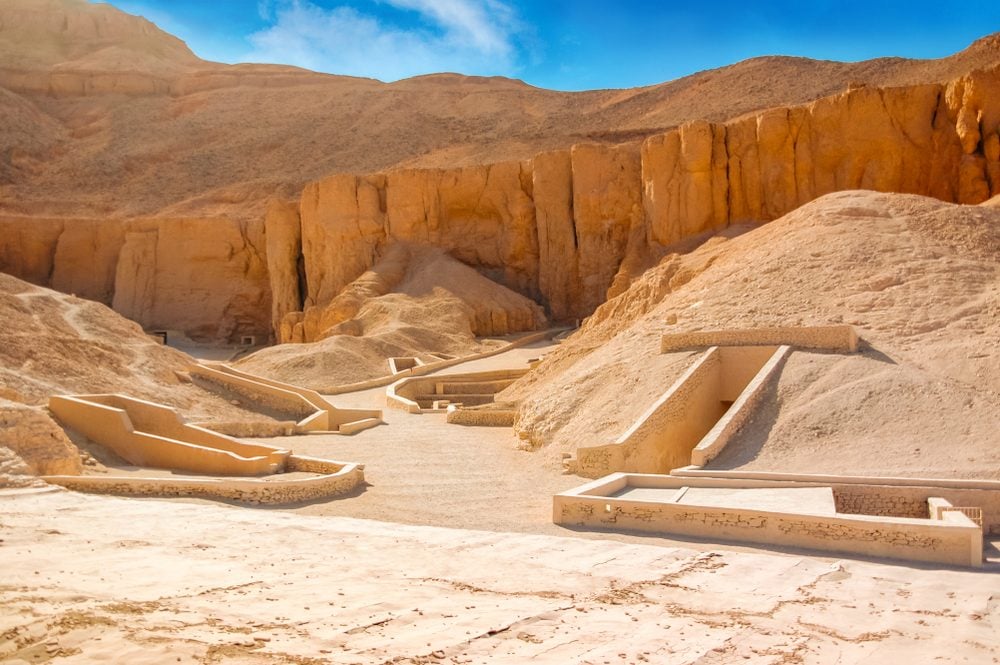 Valley of the Kings, Egypt

See where the royalty of Egypt’s New Kingdom is buried—if you dare risk incurring the mummies’ curse of misfortune following those who enter. The legend seemed to come to life when King Tutankhamun’s tomb was opened in 1922 and several members of the expedition, including its financier Lord Carnarvon, died soon after. You can visit Tut’s tomb, along with others, but beware: Some are crowded, dark, and claustrophobic, so not for the faint of heart. 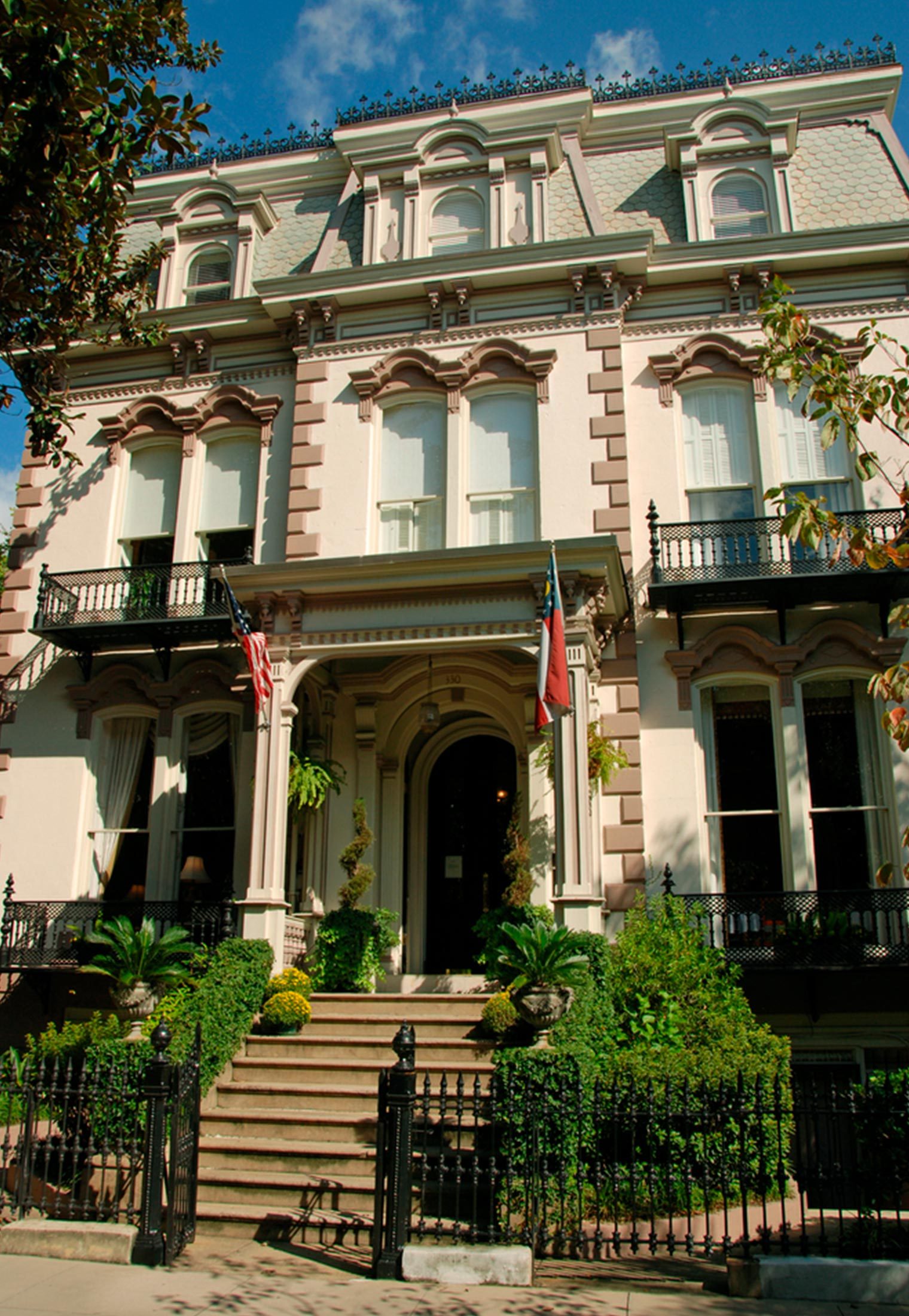 With a history of Civil War battles, yellow fever epidemics, and even murder, ghosts abound every place you go in this Spanish moss-covered city. Spend an overnight in one of Savannah’s many haunted hotels, including The Hamilton-Turner Inn, which figured in the true crime book and movie Midnight in the Garden of Good and Evil; The Marshall House, which served as a hospital during the Civil War and yellow fever outbreaks; and Kehoe House, where two of the original owners’ children allegedly died. You can also spot spirits when out for dinner or drinks at 17Hundred90 Inn and Restaurant, The Pirates’ House, and Moon River Brewing Company. Here are more of the most haunted places in America, according to paranormal experts. 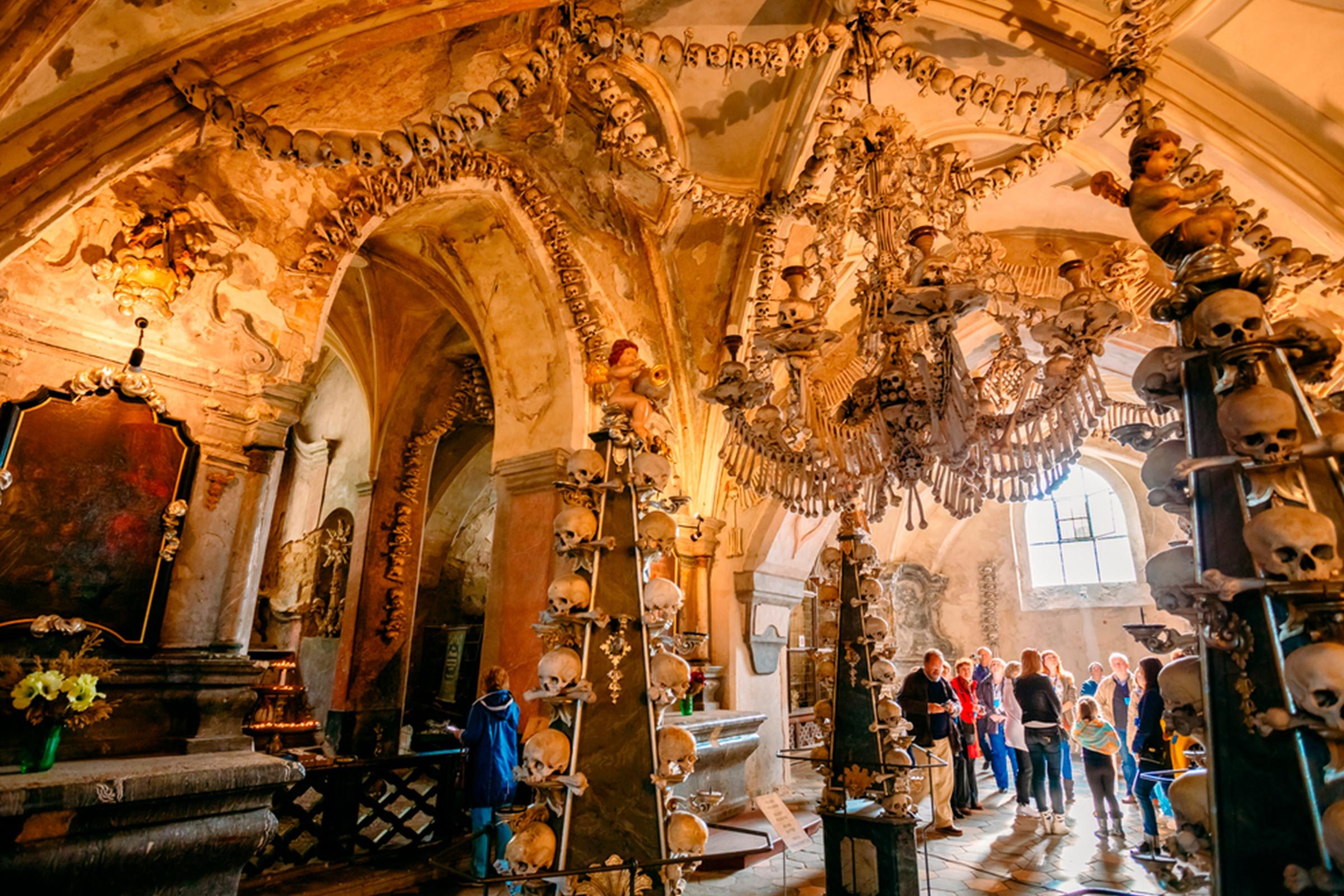 A short day trip from Prague, one of the most haunted cities in the world, visitors will find this church decorated with…human bones. Yup, an ossuary is actually a depository for skeletal remains, and this place, also known as the “Bone Church,” doesn’t take that responsibility lightly. The current arrangement of bones was created in 1870, and includes bells, chalices, candelabras, crosses, a coat of arms, and a massive chandelier, all made up of 60,000 human skeletons. You won’t want to miss these spooky stories about evil spirits around the world.