The day we associate with massive amounts of beer drinking actually started as a religious holiday and—spoiler alert—St. Patrick wasn't even Irish! 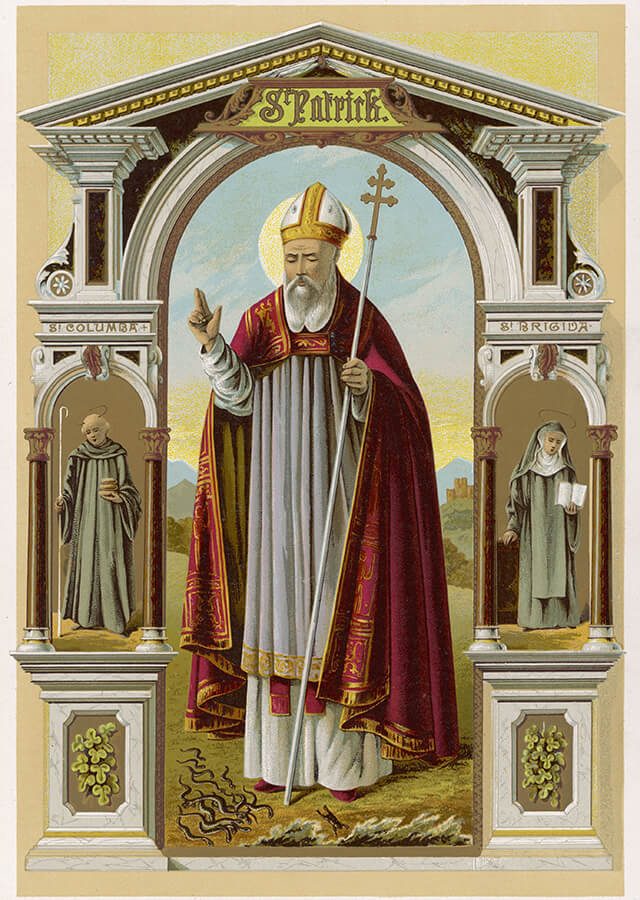 Although Patrick is the patron saint of Ireland, he was actually born in Roman-occupied Britain in the fourth century to wealthy parents who might have converted to the Christian faith for the tax break. Don’t miss these other St. Patrick’s Day “facts” that are actually false. 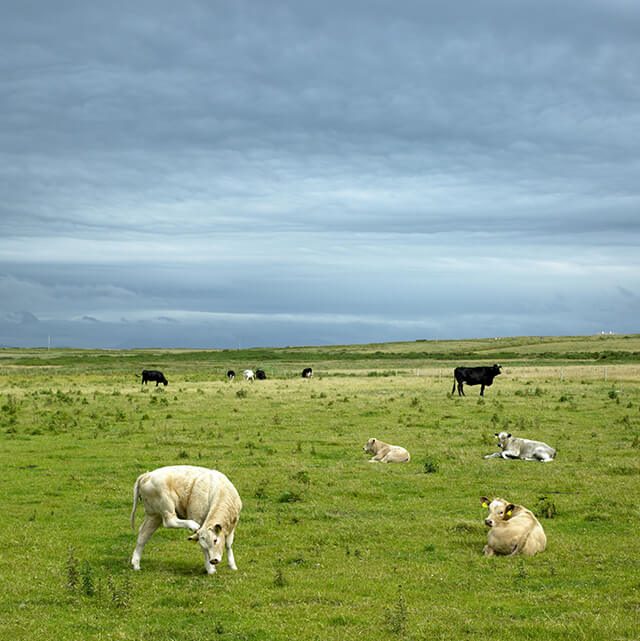 He didn’t go to Ireland by choice

The young Patrick was kidnapped and sold into slavery by Irish raiders who robbed his family home when he was only 16 years old. Most historians think the young Patrick was enslaved in County Mayo near Killala where he would have done the solitary work of tending to sheep. It was here, in forced exile, that he reclaimed the Christian faith he was born into. 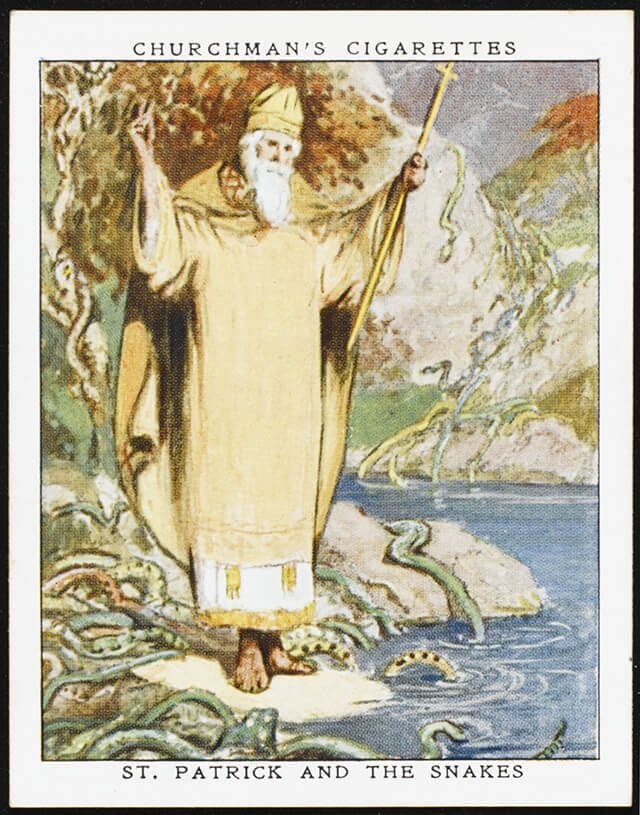 St. Patrick did not chase snakes out of Ireland

St. Patrick did convert many pagans to Christianity, but the story of his driving all the snakes out of Ireland during his 40-day fast on a hilltop is bunk. ­Biologists think the reason Ireland is snake-free today is that the reptiles never migrated to the island in the first place. The legend of the snakes is probably just a metaphor for St. Patrick’s having driven evil out of Ireland. 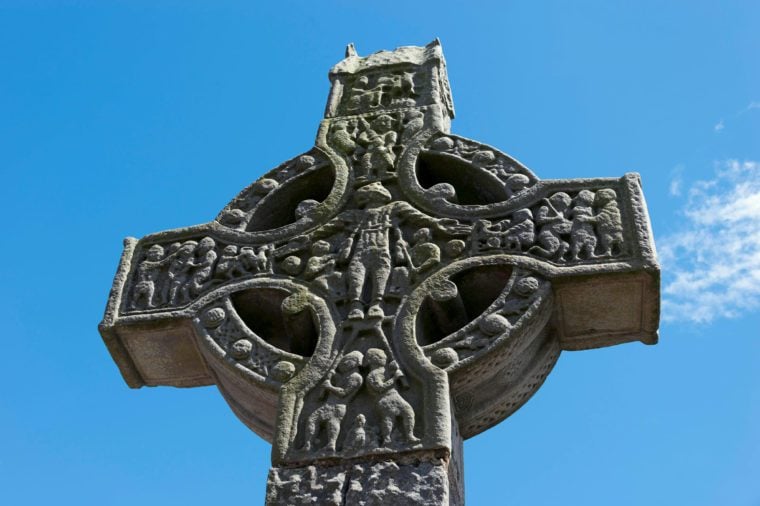 Many Irish still practiced a nature-based religion and he used the symbols of their traditional faith, like the sun that he overlaid on the cross, to teach them about their new Christian one. He also used the symbol of fire to start the practice of celebrating Easter with bonfires. Find out the truth behind other Easter myths and legends. 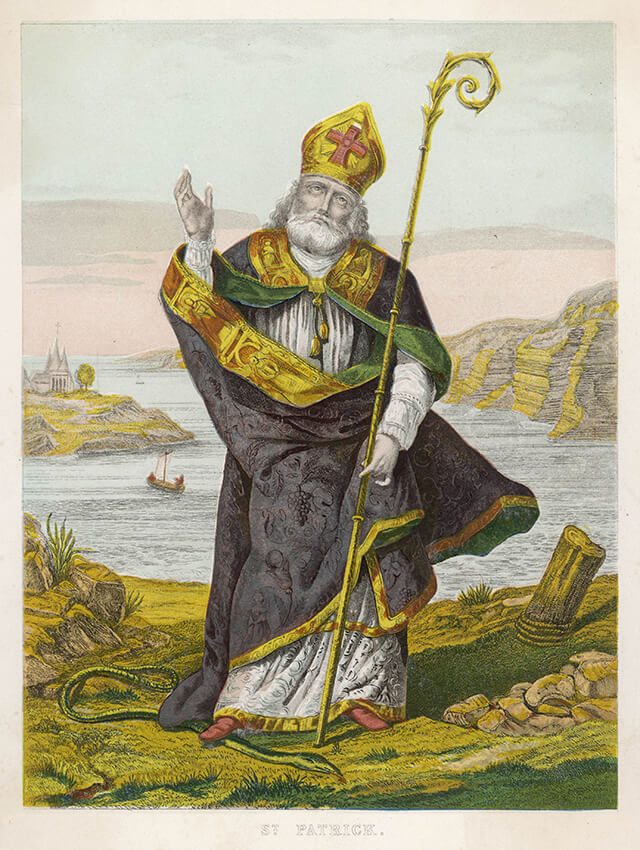 St. Patrick is not an official saint

St. Patrick’s Day falls on the anniversary of Patrick’s death on March 17 in the fifth century. His followers in Ireland began to celebrate his feast day on that day during the ninth and tenth centuries, even though he was never formally canonized by a pope. 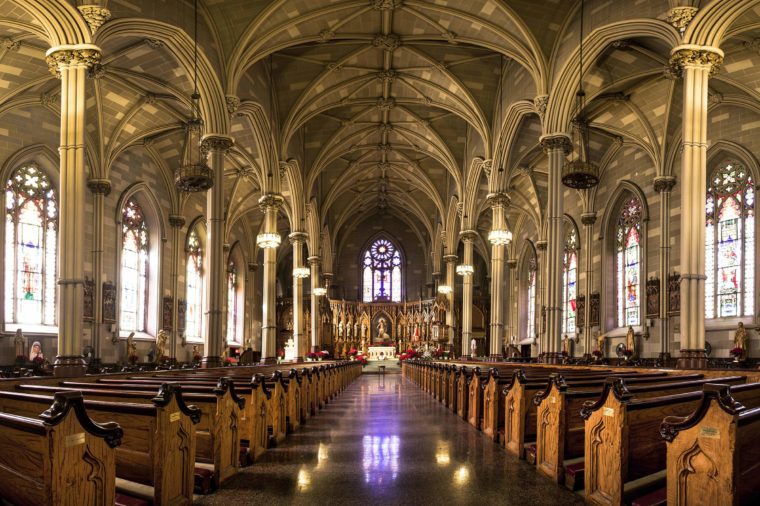 You used to celebrate the day in church

Since St. Patrick’s Day historically falls during the Christian holy month of Lent, people would go to morning mass before afternoon and evening festivities. And, because many Christians fast from red meat and sometimes alcohol, Christian leaders still give special dispensation to enjoy corned beef and Guinness just for the day. 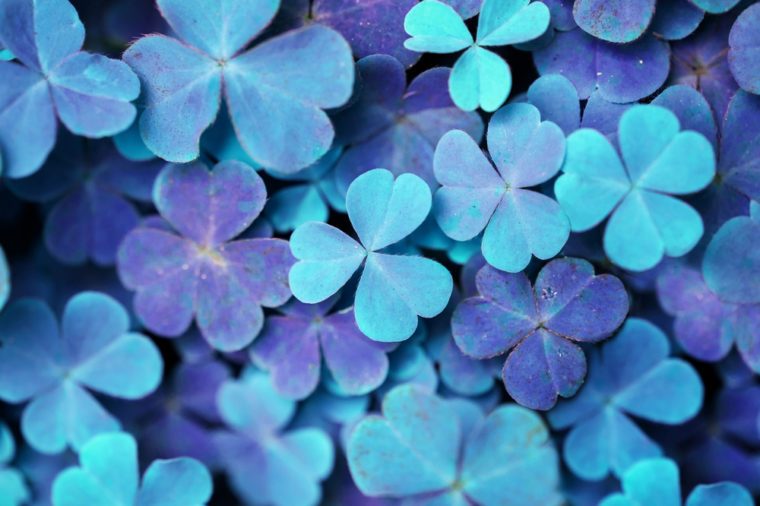 The original color for St. Patrick’s Day was blue

St. Patrick is actually associated with the color blue, and his priestly vestments are painted that hue in many portraits of him. But after the Order of St. Patrick chose green as their official color, people celebrate by “the wearing of the green.” 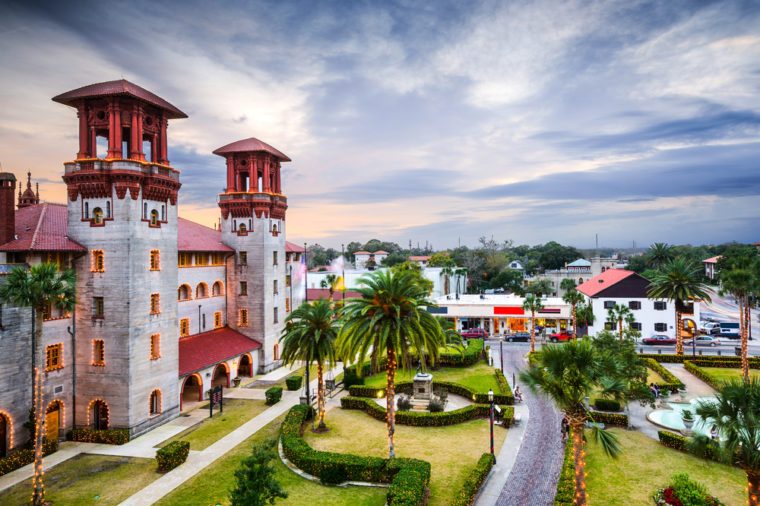 The first parade wasn’t in America

Boston and New York both claim to have hosted the first St. Patrick’s Day Parade in the 1700s (though they quibble over the definition of a parade). That said, the first procession honoring the Irish saint may have taken place in 1601 when residents of the Spanish-speaking settlement of ­St. Augustine, Florida, marched through the streets in recognition of St. ­Patrick—or San Patricio, in this case—whom they considered the official protector of their fields of maize. 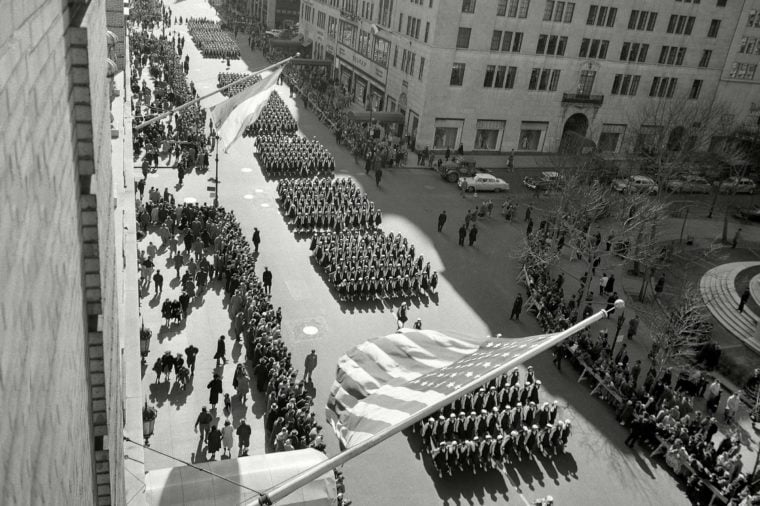 New York City’s parade is the oldest in America

Started in 1848, by Irish Aid societies that helped Irish immigrants families in the city, the New York City St. Patrick’s Day Parade is now the largest parade in the United States wrapping it’s way around 1.5 miles of the city. It’s joined by parades in other American cities including Chicago and Boston. Learn more about why we wear green on St. Patrick’s Day. 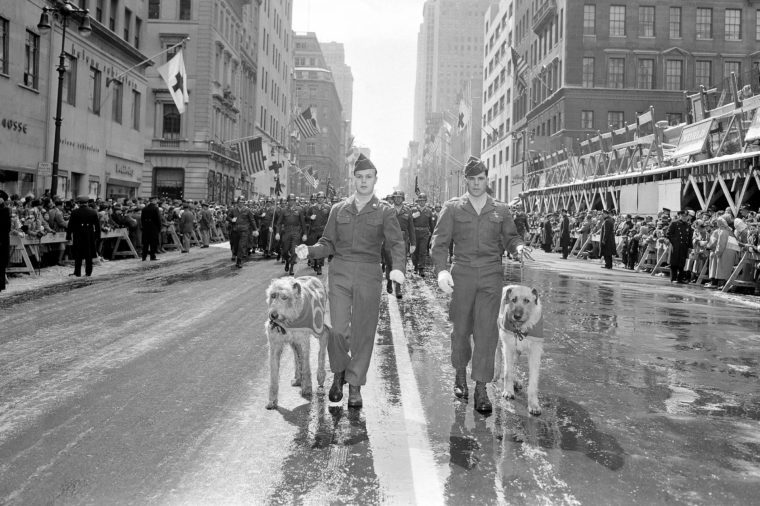 The parade has a political history

Prejudice against Irish Catholics was rampant in the United States since they emigrated to the country after the Potato Famine in 1845. They used the parades to show their solidarity and call for social change. When President Harry S. Truman marched in the New York City parade in 1948, Irish Americans had finally arrived. 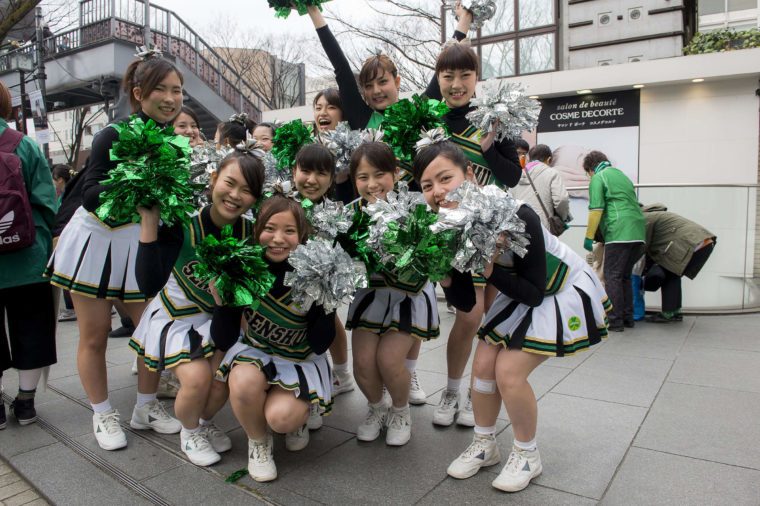 St. Patrick’s Day is celebrated all around the world 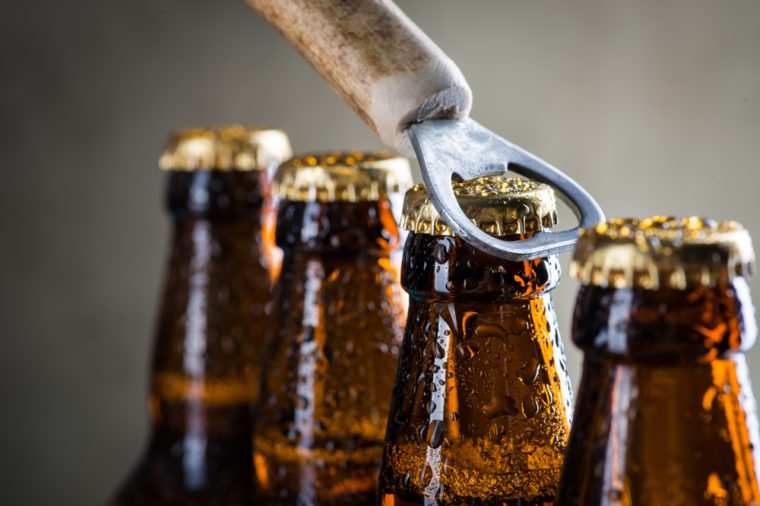 You used to not be allowed to buy beer on St. Patrick’s Day

St. Patrick’s Day used to be a solemn commemoration of the day he died. In 1927, Irish officials even banned the sale of alcohol on his name day (as well as on Christmas and Good Friday), partly at the insistence of the Catholic Church. Until the early 1960s, one of the only places you could buy a beer in Ireland on St. Patrick’s Day was the well­attended Royal Dublin Dog Show. Commercial pressure led to the lifting of the ban in 1960. 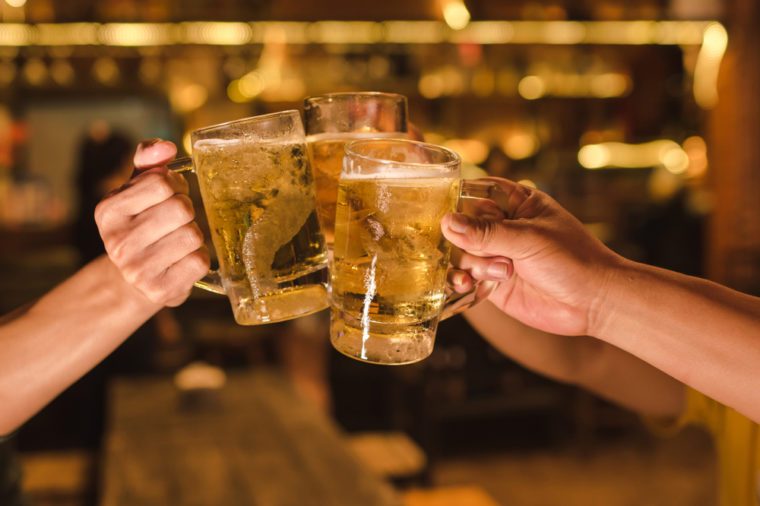 Now it’s one of the booziest holidays

March 17 ranks fourth on the list of booziest holidays in America, behind New Year’s Eve, Christmas, and the Fourth of July. The drink of choice around the world: Guinness. In 2019, revelers are expected to down 13 million pints of it. It goes down great with these St. Patrick’s Day foods! 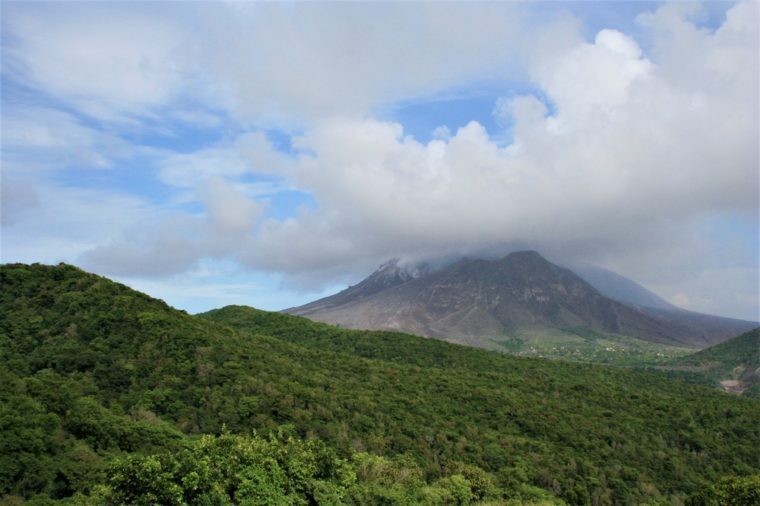 One city has a week-long celebration

Big cities try to claim bragging rights for the day’s top celebrations, but they aren’t the only parties in town. Montserrat, aka the Emerald Isle of the Caribbean, throws a St. Patrick’s Festival that lasts more than a week. 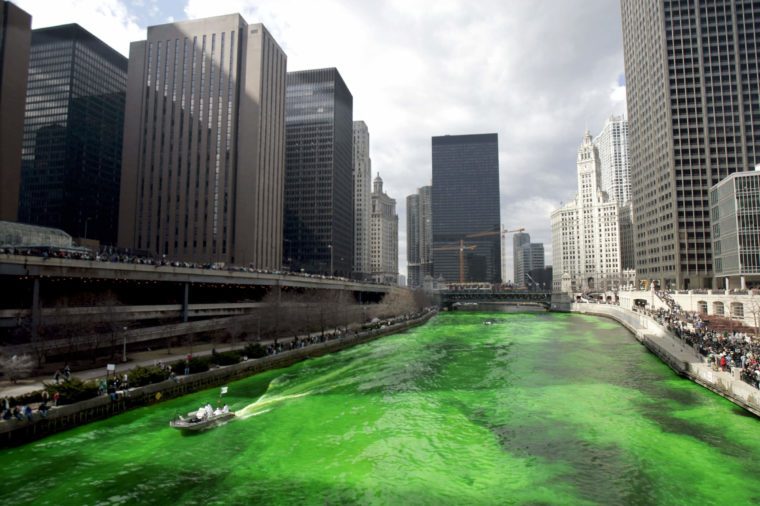 In 1962, the Chicago Plumbers Union Local 130 realized that the dye they used to locate leaks in buildings could double as an eco-friendly decoration. The Windy City has been dyeing the Chicago River green for the holiday ever since. The 40 pounds of dye can linger in the water for up to a few days, depending on the wind. 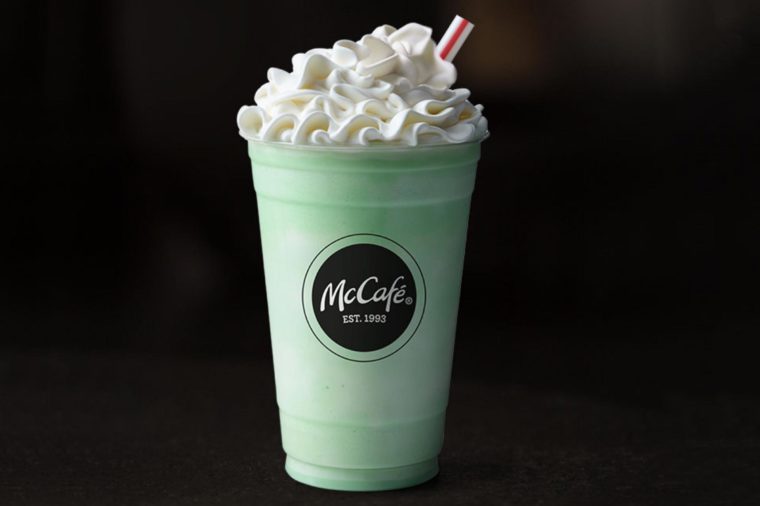 Slightly less popular but with its own rabid fan base: McDonald’s Shamrock Shake. The restaurant chain created a “McDonald’s Finder” app last year to help customers track down the minty green confection—and it is a confection. A large Shamrock contains 800 calories and 113 grams of sugar. 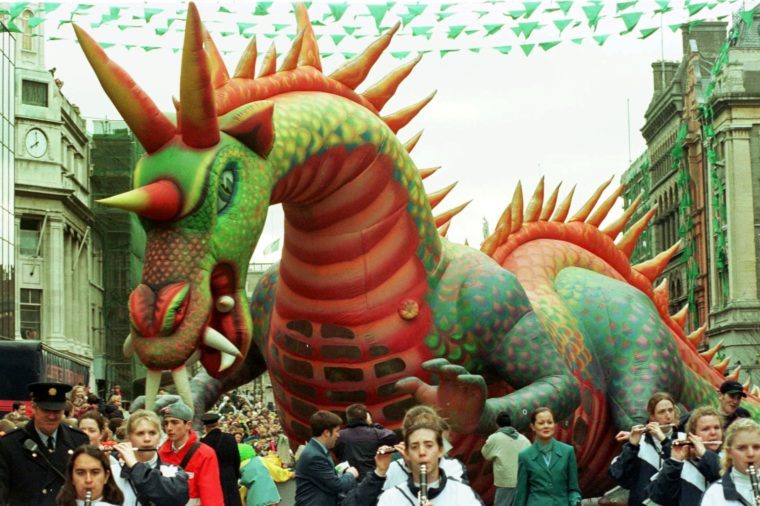 The first parade in Belfast was big

More than 10,000 Catholics took to the streets of Belfast in 1998 to hold the first St. Patrick’s Day Parade in the long-divided Northern Ireland city. In hope of encouraging Protestant involvement, the parade organizer told the fife-and-drum bands not to play any anti-British music. 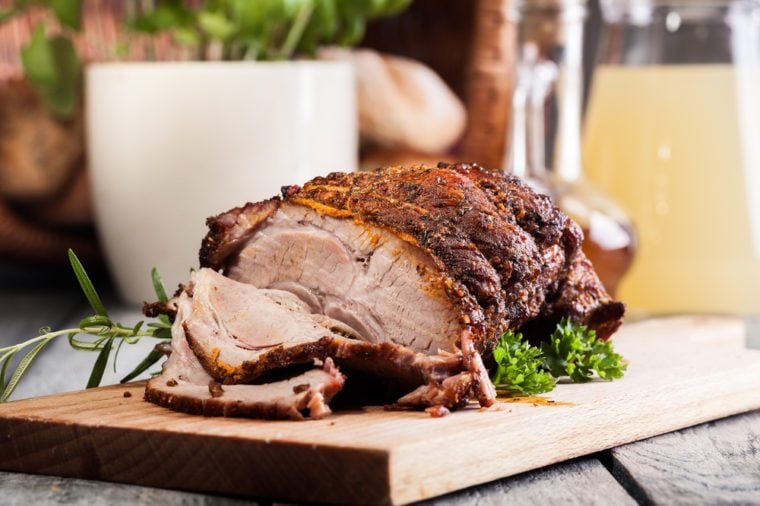 Pork was the original meal for this holiday

Corned beef and cabbage is the quintessential St. Patrick’s meal, right? Actually, in pre-famine Ireland, beef was a rare ­delicacy—the commoners typically ate pork. But when Irish immigrants came to the United States, they reportedly noticed their Jewish neighbors and fellow immigrants buying brisket from kosher butchers and followed suit. The Jews even slow-cooked their Passover meal with potatoes. (The Irish threw in the cabbage.) Check out these facts about the month of March. 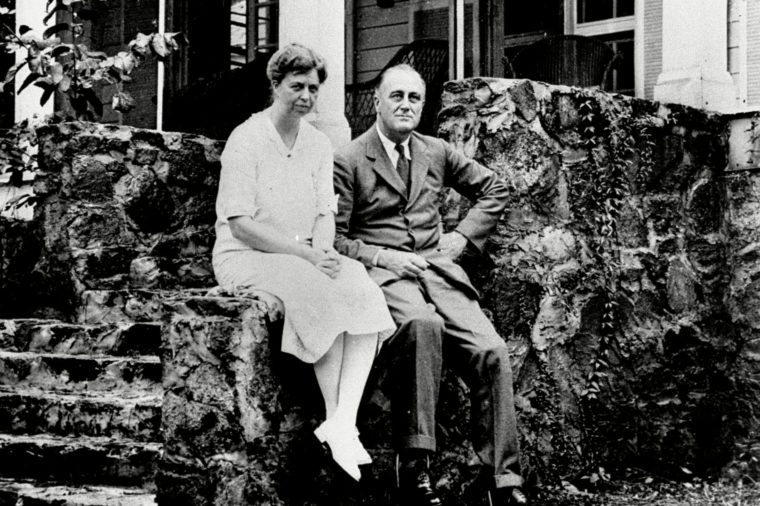 Franklin and Eleanor Roose­velt were married on St. Patrick’s Day in 1905, in New York City

They picked that day because ­Eleanor’s uncle was giving away the bride and he couldn’t miss the big parade. Uncle Teddy was President Theodore Roosevelt. “He wants to be the bride at every wedding, the corpse at every funeral, and the baby at every christening,” his daughter Alice Roosevelt said. 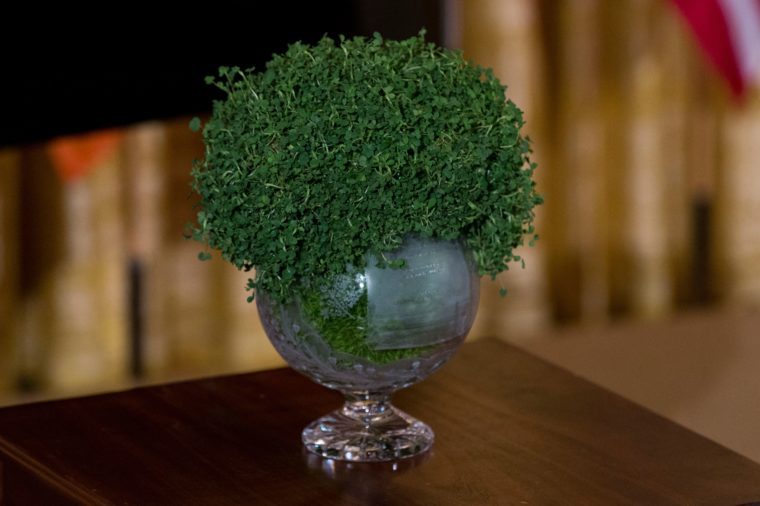 The festivities reach the highest echelons

Ireland’s prime minister gives the U.S. president an Irish cut-glass bowl filled with shamrocks, the three-leafed sprig that is one of the state’s emblems. The tradition dates back to 1952, when the first Irish ambassador to America, John Joseph Hearne, reportedly dropped off a box of shamrocks for Harry Truman (who was out of town). 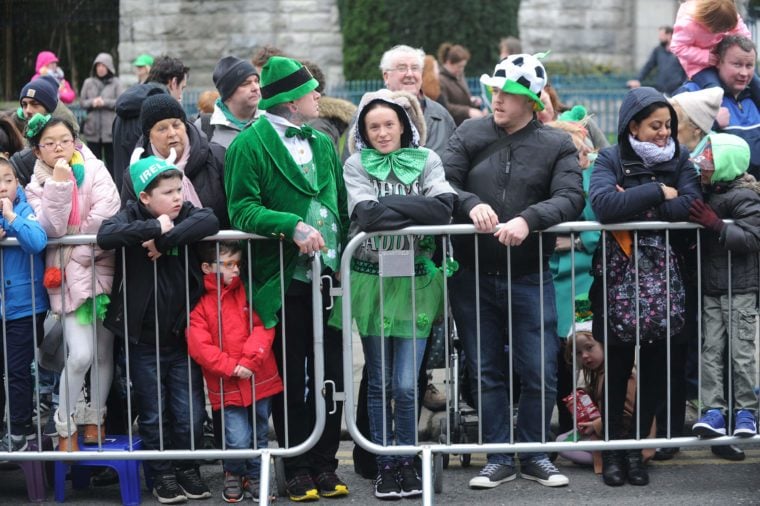 It wasn’t until 1995 that the Irish changed their tune

Since the holiday fell on the Christian holy month of Lent, pubs were closed on St. Patrick’s Day in Ireland until the 1970s.  In the mid-’90s, the Irish government began to use St. Patrick’s Day as a way to improve the economy through tourism. Since then, millions of people celebrate the St. Patrick’s Festival in Dublin. Check out these photos of St. Patrick’s Day celebrations around the world.