10 Strange Things That Could Get You Banned from a Plane

From major news stories to first-person accounts, here are some real reasons people have been barred (or almost barred) from making a flight. 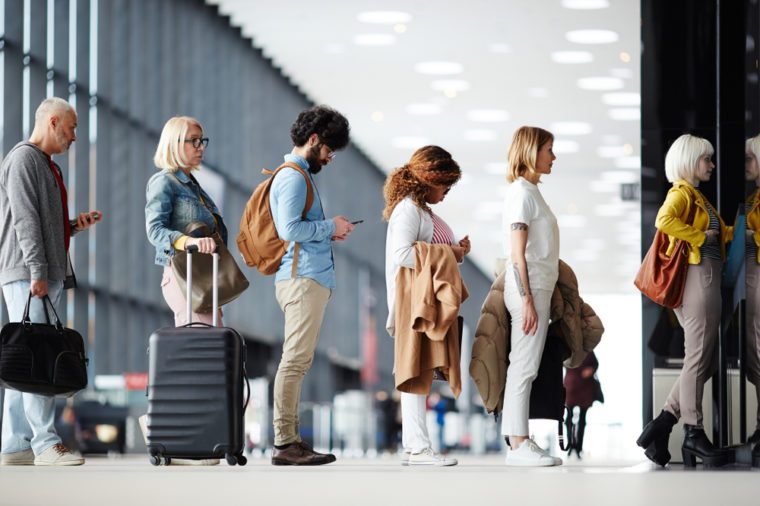 Can you really be “banned” from a plane?

Getting banned from flying altogether is pretty rare, in the United States at least. “Passengers are seldom banned from flying in the USA,” explains Daniel Burnham, flight expert for Scott’s Cheap Flights. Likewise, he says, it’s also fairly rare to be banned just from a certain airline: “Lifetime bans on flying a particular airline are uncommon, but airlines are well within their legal rights to do so under most circumstances.” Different airlines have different lists of things that could get passengers blacklisted from that carrier.

As for getting kicked off an individual flight, that’s a whole different story. “Most cases of kicking someone off of an individual flight boil down to a disagreement with cabin crew,” Burnham explains. “By buying a plane ticket, each passenger is agreeing to abide by the airline’s conditions of carriage that grant airline employees (and particularly flight attendants) broad latitude to deny transport to unruly or abusive passengers.” And this does happen fairly often, what with the tens of thousands of flights taking off every day in the United States alone. Sometimes, the unruly passengers do get banned from the airline altogether; other times, it’s just a close call and they still get to make their flight. Either way, it’s bound to be an interesting experience for the other people on board that makes a funny story to tell once you’ve arrived comfortably in your destination. Some of these specific instances are famous and made big news; others are true accounts from real passengers. 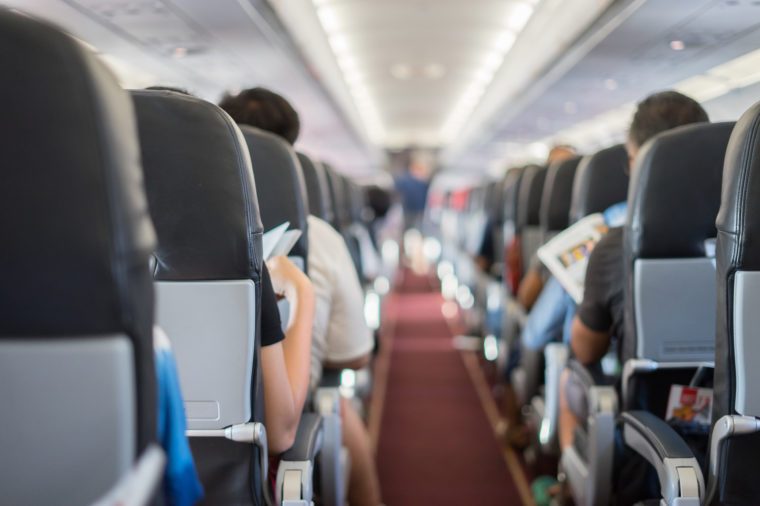 Being a bad (like, really bad) sport about your neighbor

Sure, it can be a bummer to realize that you’re sitting next to a baby or a toddler on a plane. But you really just have to grin and bear it—or you might not end up sitting on that plane at all. In November 2019, a woman on a JetBlue flight from Fort Lauderdale to Las Vegas discovered that there was a three-year-old in the seat next to her—and proceeded to completely lose her head. She started “verbally attacking” her fellow passengers and crew members and even spit at people, according to Travel & Leisure. She eventually had to be removed from the flight, which took off two hours late, and is facing battery charges for hitting the JetBlue agent who addressed her. Needless to say, if you’re sitting next to a toddler and you’re the one throwing the tantrum, there’s a problem. This behavior obviously qualifies as disrespectful airplane conduct, but there are some other things polite people don’t do on planes. 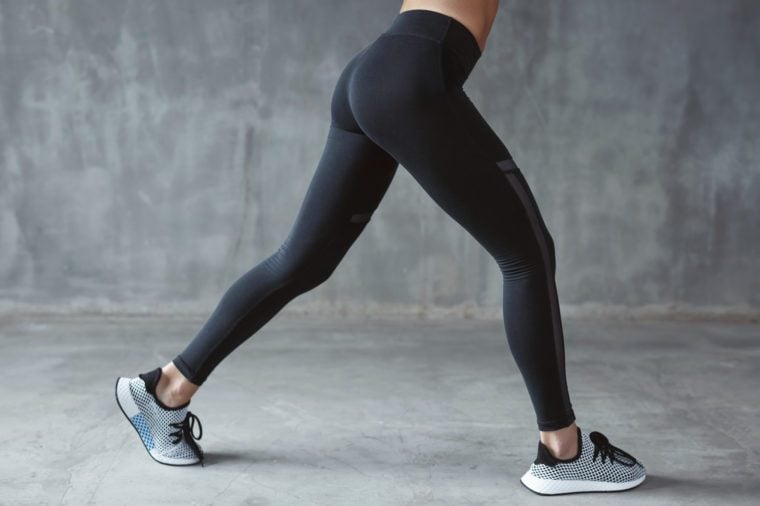 The Internet went into a frenzy in 2017 after the news broke that United Airlines had turned away two teen girls for attempting to board a plane while wearing leggings. “Since when does @united police women’s clothing?” another woman in the airport, who noticed the exchange, asked on Twitter, also noting that a man wearing shorts that stopped above his knee had no trouble boarding the flight. United’s defense was that the girls were “pass travelers” (family members of United employees, flying for free) and as such were subject to a different dress code, but the damage had been done and United’s reputation had taken a hit. Here’s some advice from flight attendants about things you actually shouldn’t wear on a plane. 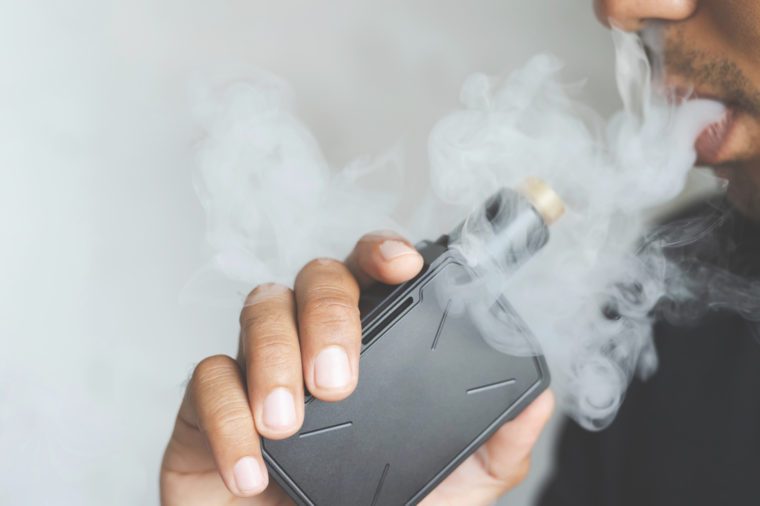 It seems as if history is repeating itself, as people start to become widely aware of the detrimental effects of vaping—and others remain either oblivious or uncaring. While “no smoking on a plane” seems to be such an obvious rule that some in-flight announcements even spoof it, some people seem to have a hard time realizing that vaping is not exempt. Case in point: A Florida man who was banned from Spirit Airlines for life after vaping at his seat on a June 2019 flight. When a flight attendant reprimanded him, he headed to the bathroom—and that’s when the smoke alarm went off. The pilot had to lower the plane to 35,000 feet so that the alarm could be silenced. While this (shockingly!) didn’t delay the flight, here are some other seriously crazy reasons for flight delays. 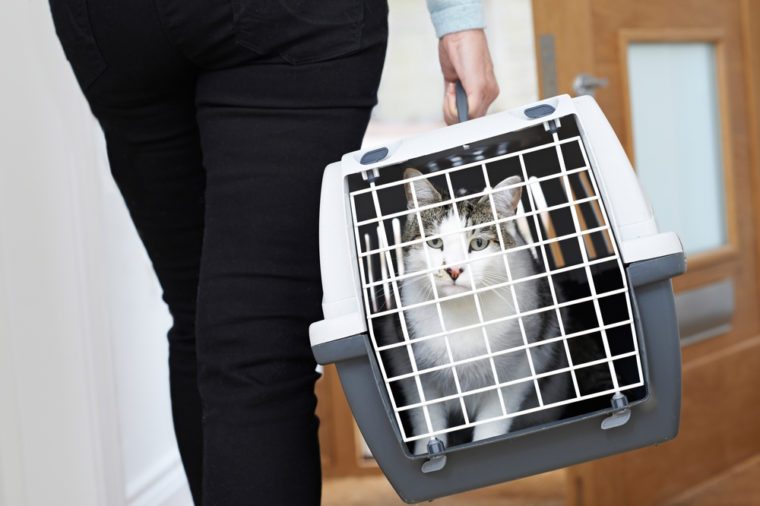 Airlines are still struggling to figure out how to handle the recent surge of “emotional support” animals that passengers are bringing on planes with them. In addition to cats and dogs, people have attempted to bring pigs, monkeys, and peacocks onto planes, with mixed success. While sometimes the passenger with the animal is the one asked to leave, the opposite happened to Donna Wiegel on a March 2017 United flight from Baltimore to Chicago. When Wiegel, who has a severe cat allergy, was seated on an airplane close to a passenger with a cat, she, not the customer with the cat, was removed from the flight. Personnel claimed she presented a risk of an “in-flight medical emergency.” She was driven to a Washington, D.C.–area airport and put on a separate flight to Chicago. She filed a complaint with United, but it took weeks to be addressed. 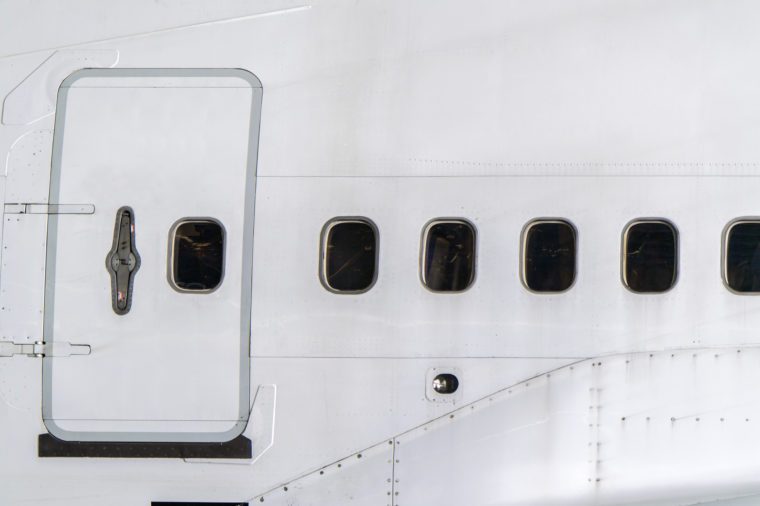 This one resulted in a full airline ban! In June 2019, a British woman became “aggressive and dangerous” on a flight from London to Turkey, shortly after it took off. She eventually tried to open the plane doors in midair. The airline’s CEO called it “one of the most serious cases of disruptive passenger behavior that we have experienced”; it got so bad that the United Kingdom had to call in the Royal Air Force to escort the plane back to London. People on the ground heard a sonic boom from the speed of the Air Force jets. Yikes! The passenger received a fine of more than $100,000 and was banned from the airline, Jet2, for life. While it seems like this woman tried to open the doors just to be disruptive, some airline passengers truly seem to believe that opening the plane doors is a possibility. “Can you open the doors/lower the windows” is one of the seriously bizarre passenger requests airline employees hear more than you think. 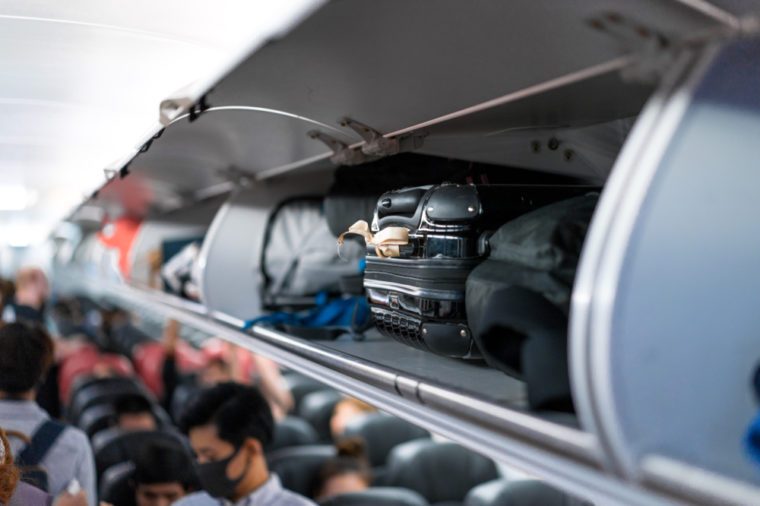 Ah, another tantrum from someone who seems far, far too old for one. Amy K., a Scott’s Cheap Flights Premium Member, recalls an instance when a passenger took his annoyance with the lack of room in the overhead bins a little too far. An “older gentleman, getting frustrated that there’s limited room overhead to store a small bag, pulls someone else’s computer bag from the bin, holds it over his head, and loudly demands to know whose it is. No one responds,” Amy recounts. “Then, while holding the bag well above his head, he lets go and it crashes to the ground. He stows his own bag in its place and sits down.” Amy reports that when the cabin crew came by to address the situation, “angry man [got] angrier” and eventually had to be escorted off the flight. And as for the passenger whose laptop got dropped? He’d “had no idea what happened until the attendant showed up. He’d had his headphones on!” 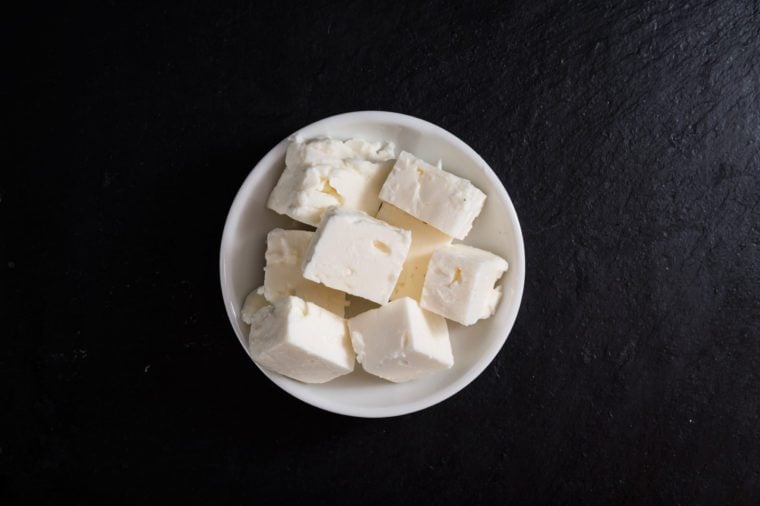 OK, a goat is one thing, but apparently, bringing goat cheese onto a plane can present a problem too. “[My husband and I] had trouble getting goat cheese past TSA,” remembers Premium Member Marji H. “My husband was not having it, and while I went to the gate with the kids, he argued his case. He was the last one on the plane and was happily waving the goat cheese in the air walking down the aisle.” According to our list of foods you can and can’t bring on a plane, “creamy cheese” is a no-no while “solid cheese” is fine…but the TSA’s distinction is not clear. Obviously goat cheese was right on the line. 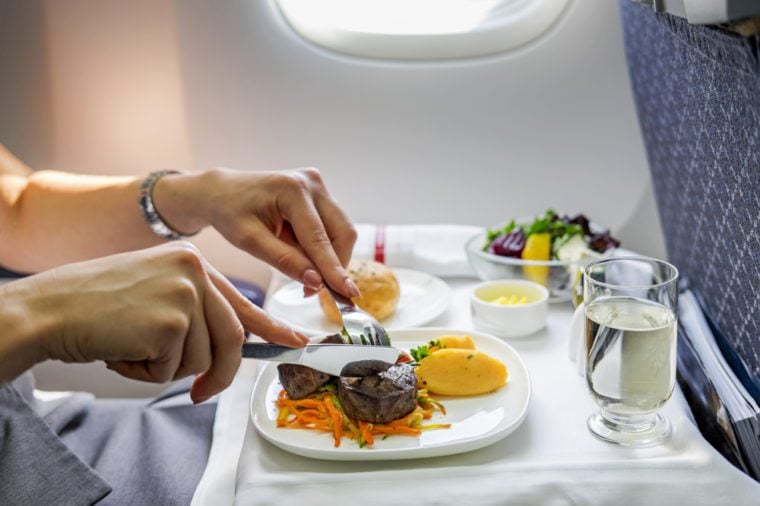 “A flight attendant threatened to remove me from a flight because I was asking what food and drinks they were serving,” says Premium Member Cindy T. “I asked the flight attendant what was in a food box they were serving, and rather than answer me, she ignored me and moved on. When she passed me later, I told her she never gave me a box. She started yelling at me that I was interfering with her duties as a flight attendant,” Cindy goes on. And things only escalated from there. The flight attendant reported Cindy to the pilot and came back demanding an apology, saying that the pilot had given the attendant permission to remove her. Still a little perplexed about what exactly she’d done wrong, Cindy “apologized that she had taken my request for a box the wrong way.”

Fortunately, Cindy did not lose her spot on the flight. “A [different] flight attendant came to me, apologized for the first’s behavior, explained it wasn’t the first time this happened, and gave me some pajamas from first-class to try to make it up to me,” she says. 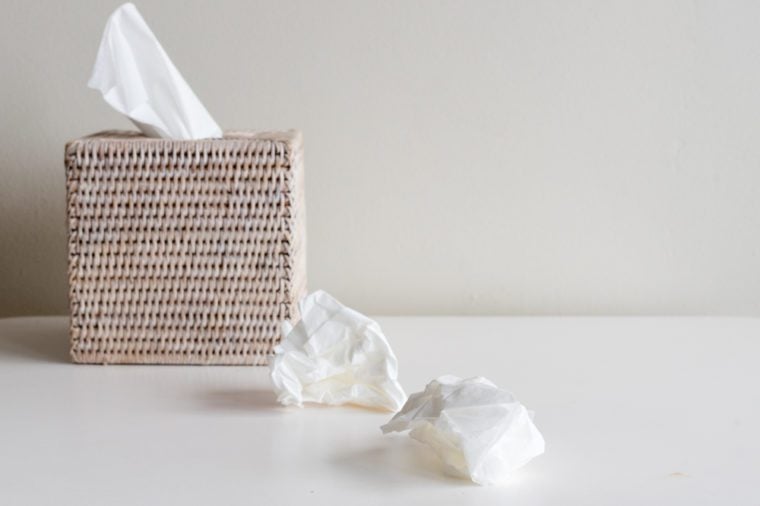 Daniel Burnham of Scott’s Cheap Flights himself was nearly banned from boarding a plane altogether—and this actually is a pretty understandable reason. “I had been sitting within three rows of another passenger with flu-like symptoms during an avian influenza outbreak,” he remembers, explaining that the crew temporarily confiscated his boarding pass. After they landed, “the entire flight was screened by medical staff wearing disposable medical smocks and rebreathers, like in a movie, before anyone was allowed off the plane, and I had to remain in my seat throughout the entire process before it was declared a false alarm.” If that story gives you the heebie-jeebies, read up on these tips for how to avoid getting sick on a flight. 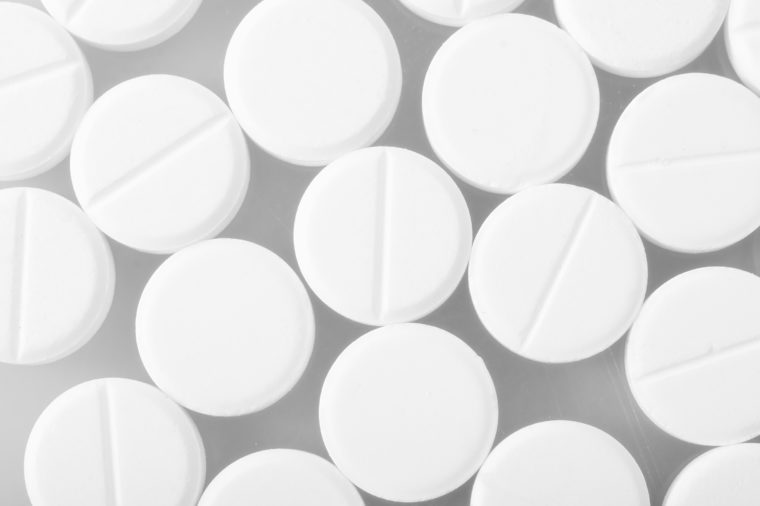 “A friend of mine took an Ambien about 30 minutes before boarding a…flight out of Frankfurt,” reports Premium Member Lauren G. “He passed out…before they even took off, and freaked [out] his seatmate, who he didn’t know.” The flight attendants woke him up to make sure he was OK—and that’s when he started yelling random, hilarious things. According to Lauren, her friend, a former Air Force pilot, was shouting, “I probably can’t fly the plane, but I can help navigate!” “He also doesn’t drink,” Lauren says, “so he kept saying, ‘I’m a teetotaler!'”

So how did the situation turn out for the Ambien-taker? “They let him stay on the flight, as he was with four or five other people in a group, but [the crew] made them keep an eye on him,” Lauren concludes. “And they wouldn’t serve anyone else in the group any alcohol the whole flight.” Passengers can be banned from planes, but the planes themselves have their own set of rules—here are some places planes aren’t allowed to fly in the United States.