12 Surprising Things That Can Make You Less Attractive

Want to make a good impression? Start by paying attention to these surprising qualities science says can have a negative effect on the way people perceive you. 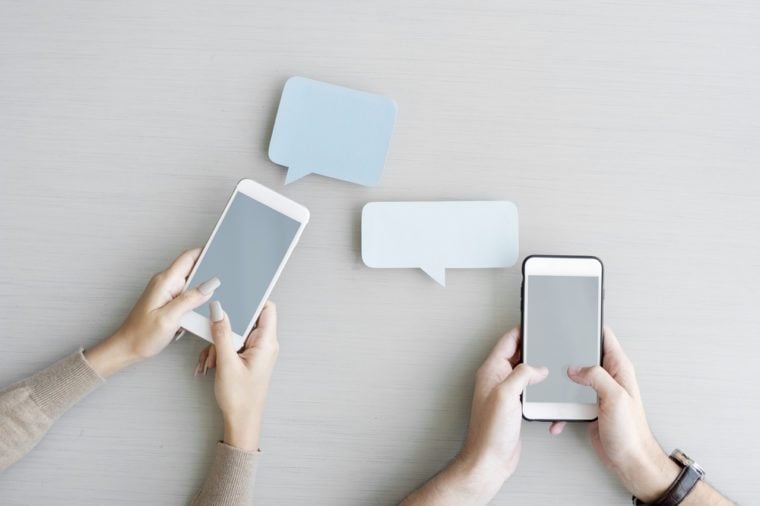 A lot of pressure comes with texting a new match. Something as simple as an exclamation point can rub people the wrong way, and in the world of virtual communication, bad grammar is a first-degree offense. One study found that the majority of men and women reject online suitors solely due to bad grammar in their dating profiles; 75 percent of 9,000 online daters also admitted they would reject anyone who failed to pass a fifth grade spelling bee. Follow these 41 grammar rules—and you’ll automatically sound smarter. 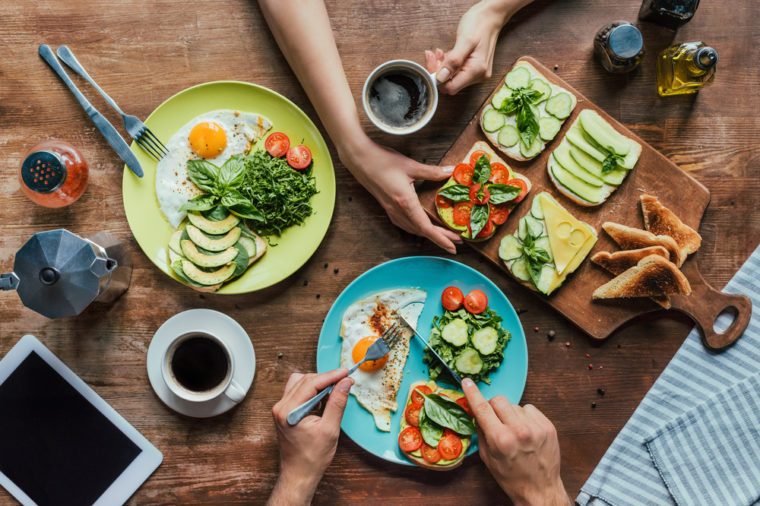 Got a restaurant rendezvous? Don’t forget basic manners if you want a second one. According to a Ladbrokes study, bad table manners were the biggest turn-off for both men and women. This includes eating with your mouth open, drumming your fingers on the table, and being rude to the waiter. Need a rules refresher? Start with these 13 dining etiquette rules you should follow. 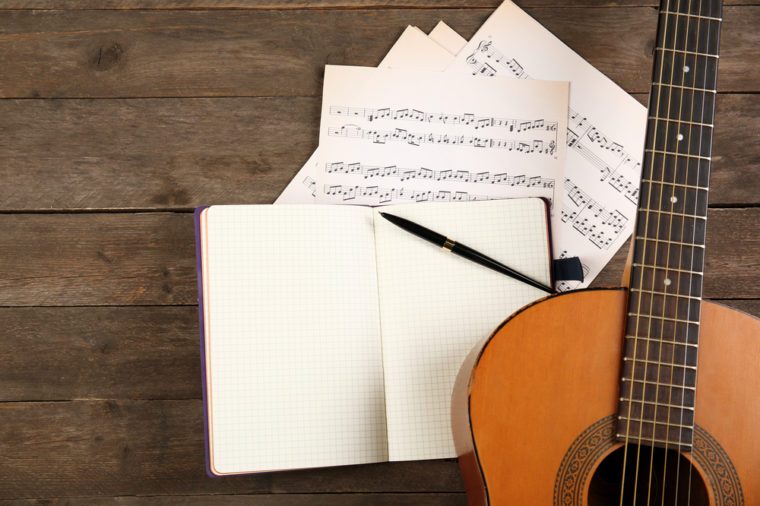 Studies agree that one of the most attractive traits is a passionate interest in something; in fact, test subjects were more likely to rate people with specific hobbies as attractive. Rachel Needle, a licensed psychologist at the Center for Marital and Sexual Health of South Florida, tells Healthy Way: “People are more attracted to those who are passionate about something. When people are excited and passionate about their interests, it can be attractive.” Find out which 13 things are scientifically proven to make you more attractive. 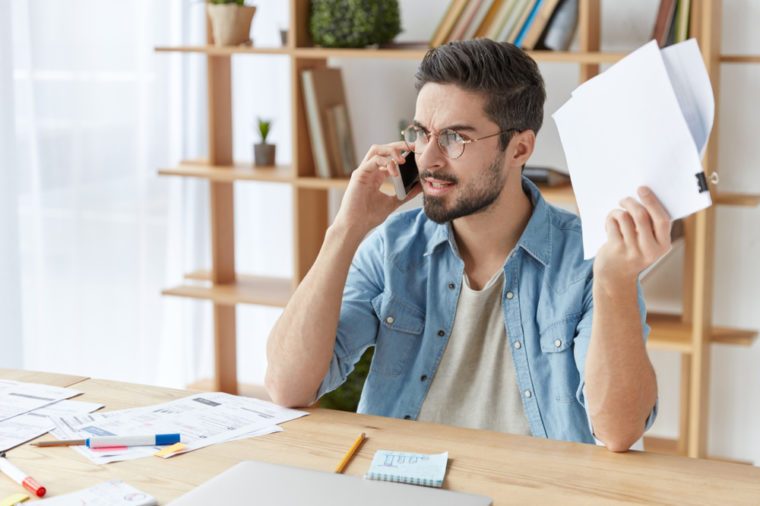 Do nice guys really finish last? Well, maybe not, according to science. In a 2014 Chinese study, researchers had men and women look at photos of other people with neutral expressions. The Chinese words for “decent” and honest” were given with some of the photos, while others were tagged with “evil” and “mean.” Overall, participants overlooked physical factors and rated people as least attractive when they were described as mean. 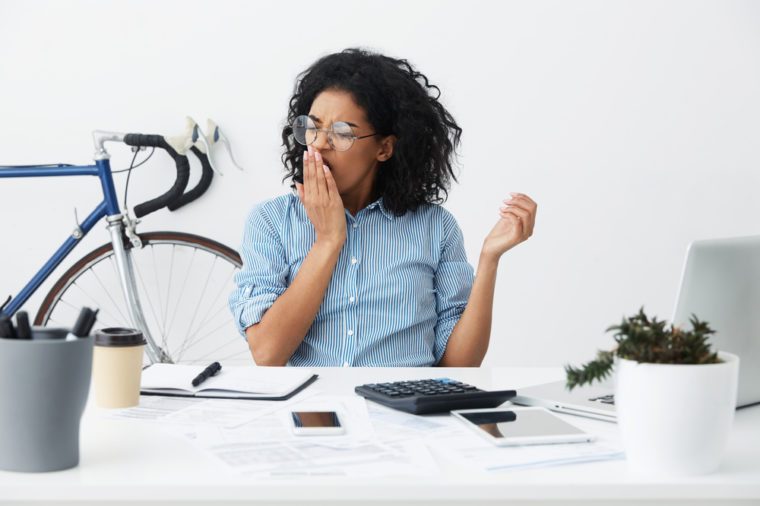 In a 2010 study, researchers from Sweden and the Netherlands took photos of people who’d slept for at least eight hours the night before and people who hadn’t slept in 31 hours. Sleep-deprived people were rated as less attractive across the board. Participants reported them to have “droopy/hanging eyelids, red eyes, dark circles under the eyes, and pale skin.” They also noted those with less sleep to look sadder than their better-rested counterparts. Here’s what else happens when you don’t get enough sleep. 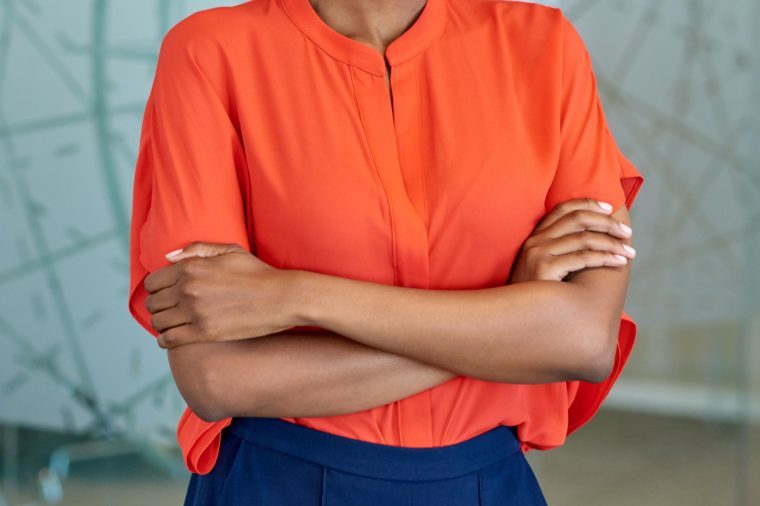 According to 2016 research, those who display contractive body language are seen as less attractive than those who look more “open.” For the study, researchers created two sets of profiles for men and women on a dating app. In one set, the men and women posed in contractive positions (crossing their arms or hunching their shoulders). The other set posed in expansive positions (holding their arms upward in a “V” or reaching out to grab something). Results showed those in expansive postures were selected way more often than those in contractive postures. (This is your most attractive trait, according to your zodiac sign.) 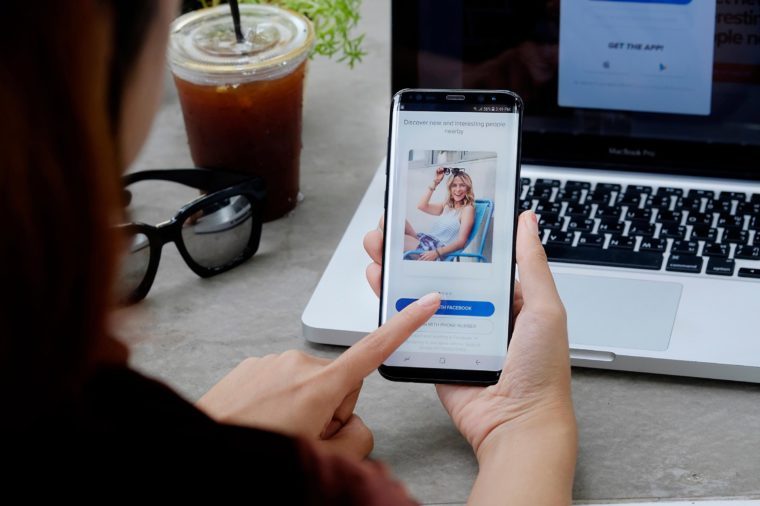 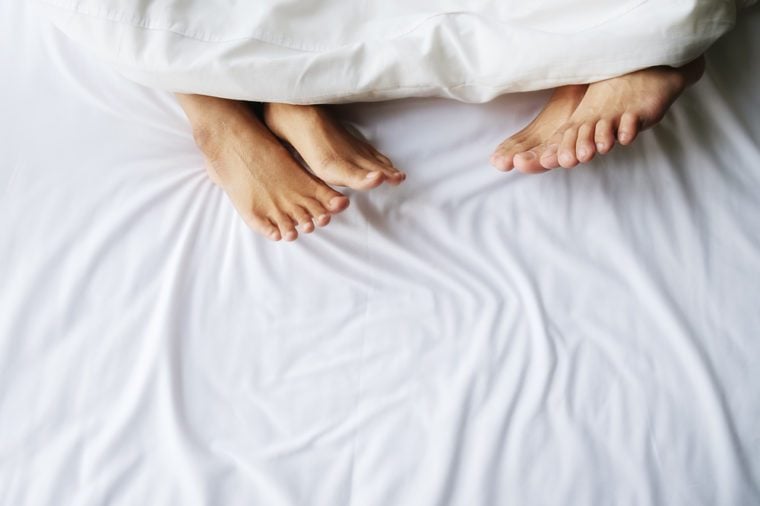 We’re not talking about B.O. here (but you should probably stay away from that too). Humans seek out mates who aren’t too similar from them genetically—and we make those judgments based on smell. In a 2006 study, 48 couples were asked to answer questions like how much they were turned on by their partners and how many other people they’d had sex with during the relationship. Researchers then took their DNA and brought it to a lab to compare their major histocompatibility complexes (MHCs), which are immune system genes. The researchers found that the more similar a couple’s MHCs were, the less attracted the participants were to their partners and the more likely they were to have had sex outside the relationship. Biology shows that partners with different immune systems produce offspring who are more disease-resistant, so it may be the body’s way of steering us in the right direction. 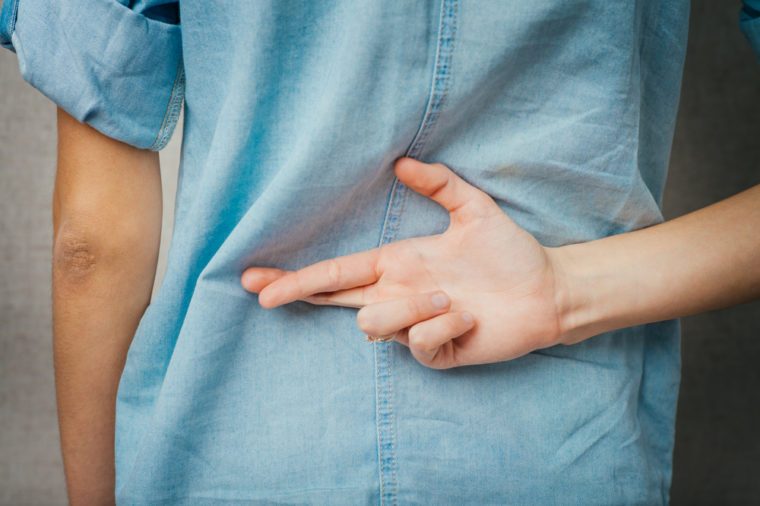 You may be tempted to lie to make yourself seem more attractive, but it’ll probably work against you. According to a 2006 study from the University of Western Ontario, dishonesty is a major turn-off for both men and women. Participants were asked to read blurbs about people who were described as either intelligent or unintelligent, dependent or independent, and honest or dishonest. Participants then rated the people they had read about on several criteria, including how much they liked them. In the end, honesty was the only trait that had any significant effect on attractiveness ratings. 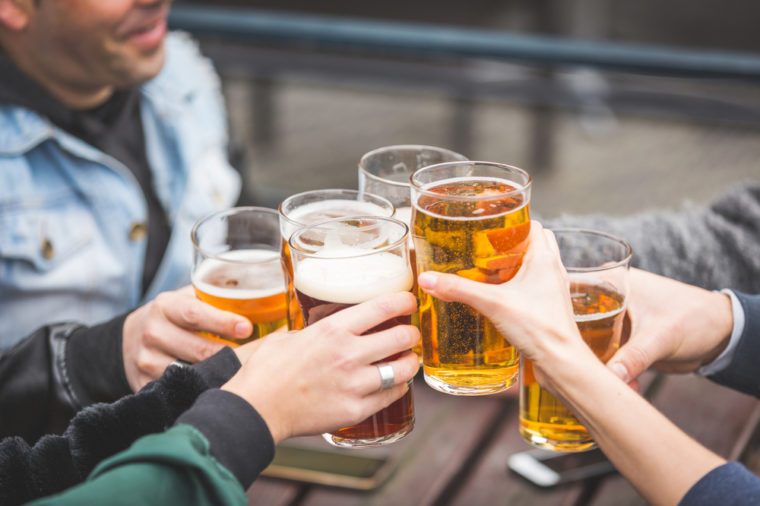 When researchers recruited more than 200 heterosexual young women to look at photos and bios of young men, they found that men whose bios indicated they smoked frequently were considered less attractive than nonsmokers and occasional smokers—especially when it came to long-term relationships. On the other hand, occasional drinkers were rated as more attractive than both nondrinkers and frequent drinkers. 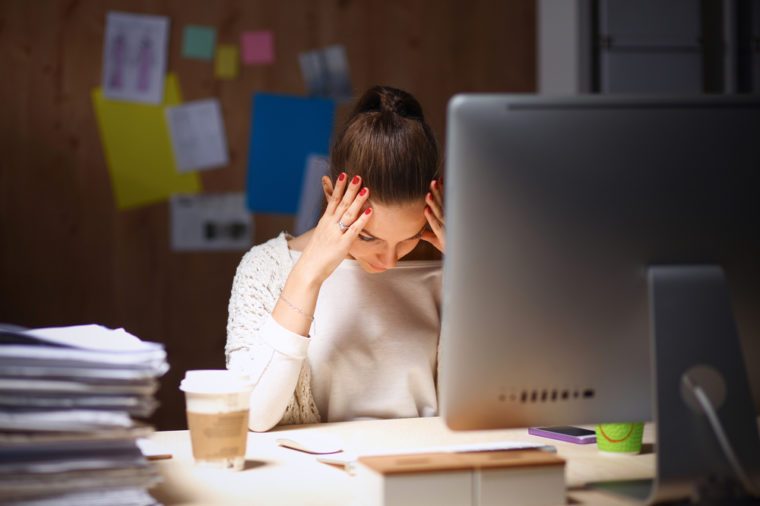 A 2013 study from researchers across the globe found that women with high levels of the stress hormone cortisol were perceived as less attractive—even though the men were completely unaware of their cortisol levels. Scientists explain that’s possible because low cortisol levels indicate good health and fertility, which are both biologically appealing traits. These are the 12 science-backed reasons for sexual attraction. 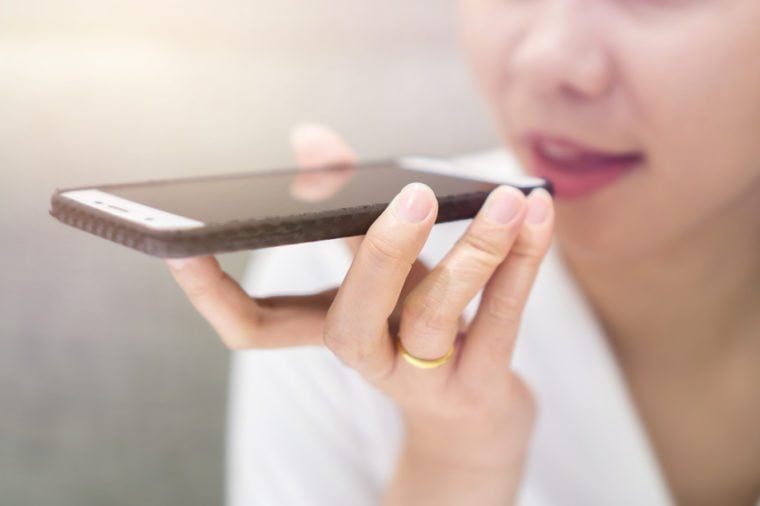 Although media tends to portray higher pitches as more sexy, researchers have discovered that men aren’t as fond of it in reality. According to a 2013 study, a female voice was said to sound attractive when it was “breathy and moderately high-pitched.” That doesn’t mean you need to go as deep as Scarlett Johansson, but don’t go talking like Mickey Mouse if you want to make a good impression. Next, check out the 12 small habits that actual reveal a lot about your personality.