I had the chance to feed and interact with these gentle giants myself and, since then, have been inspired to learn more.

The first thing to know about manatees are that they are enormous, typically 10 feet long and 800 to 1,200 pounds, according to the Save the Manatee Club, a manatee conservation organization. There are three types of manatees: Amazonian, West Indian (or American), and African. They live in coastal areas, estuaries, saltwater bays, and canals around the world coastal and in inland waterways of Central American and along the northern coast of South America. Closer to home, you’ll find them in Florida during the winter and in Alabama, Georgia, and South Carolina, during the summer; there are nearly 6,000 manatees in the United States. In good news for manatees, in 2017, the U.S. Fish & Wildlife Service downgraded the status of the West Indian manatee from endangered to threatened under the federal Endangered Species Act. These 11 other endangered animals are also making a comeback.

There is no gentler giant than a manatee. I was excited but a bit leery of the opportunity to get up close and personal with one in the wild at a pond in the Botanical Gardens in Georgetown, Guyana this past March. My friends and I, along with our guide, casually walked up to the pond where they live…I didn’t know what to expect. We stood looking into the muddy waters for what seemed like an eternity and…nothing. The guide smiled knowing he had the solution and told us to begin collecting the dry grasses along the ground. We put them into the waters and one by one, the enormous beings popped up their heads, until at least half a dozen came to get food. We were immediately giggling like five-year-olds, amazed to see them, with their funny snouts, whiskers, and flippers. They came right up and politely ate the grass. They were slow-moving—think sea cow, but gracious. When one rose high out of the water and rested on the stone embankment, we stumbled back, but that sweet face erased all fears. I was smitten. Manatees are gentle, but these 15 innocent-looking animals are surprisingly dangerous.

“The key to the best possible manatee interaction is one where the manatees remain undisturbed,” shares Kimberly Altman of Explorida, a tour company in Crystal River, Florida that specializes in swimming with manatees. “By practicing passive observation and allowing the manatees to initiate any and all interaction, we are able to view these magnificent creatures in a way that is beneficial to both the manatee and the human,” says Altman. Explorida operates under a special use permit from the U.S. Fish and Wildlife Service, which is necessary for commercial operators to enter refuge waters, but not other parts of the bay.

“Swimming alongside manatees is really a once in a lifetime experience,” Altman says. People leave with a deeper love for these animals and a greater sense of protection for them.” While manatees are a vulnerable species, these 14 beautiful animals could disappear in your lifetime.

Dorothy Peters grew up in Florida, where, according to her, it’s a rite of passage to see a manatee. “I always wanted to swim with them because they are my favorite marine animal.” Yet she moved away from Florida after college without ever getting her chance. This year, she returned to Florida’s Crystal River to check off swimming with a manatee from her bucket list.

On her boating excursion, Peters spotted a manatee then entered the water quietly and slowly swam to a manatee munching seagrass. “He or she didn’t care that we were there. We just hung out there watching, enthralled for about 20 minutes, I lost track of time,” says Peters.

Then, as they were on their way back to shore they came upon a herd of baby manatees. Peters got in the water—the babies immediately swam toward them. “They were super curious. I thought after seeing the first manatee I had seen it all, but the babies, nothing could top being with them. This is one of the top ten experiences in my life.” Here are 18 more one-of-a-kind adventures to add to your bucket list.

Manatees in the neighborhood

Gisela Hausmann used to live in the Florida Keys where she regularly saw manatees in the mangroves and canals near her home. She’ll always remember her swims with them. “They like to be petted or rubbed, at least the ones who lived in our canal did. Their skin feels like an elephant’s skin.”

Hausmann says they’re smart. “It seemed that the manatees remembered where they got fed because the same animals would come to our place again and again.”

What’s most surprising about them? Says Hausmann, “Manatees fart like no other animal I have seen. Once I swam next to a manatee when three air bubbles, the size of gallon jugs came up. Swimmers can feel them!” There are all sorts of things you probably never knew about manatees.

Catching up with a manatee in Crystal River

Earlier this year Charles McCool went on an organized outing to swim with manatees in Crystal River, Florida. “After we watched a safety video and put on our wetsuits, we were shuttled to the river,” says McCool who writes about travel on CharlesMcCool.com.

Initially, they explored a few spots where there were other tourists. The real adventure began when their captain ventured off to a “secret” locale where they discovered a manatee that they had all to themselves. “We actually had to swim fast to catch the manatee. But for a bit, we floated and watched it effortlessly move in the water. It was amazing.” Check out how manatees compare with 23 of the other biggest living animals in the world.

As a professional scuba diver, Torben Lonne, founder of DIVE.in a scuba diving magazine that focuses on scuba diving, travel, and making a positive impact on the environment, has seen a lot of aquatic life up close. He swam with manatees in Crystal River Florida and had his full scuba diving gear so he was able to get even better access. “I’m still amazed every time I’m in the presence of manatees,” he says. “They are truly unique creatures, and it’s fascinating to see them go about their daily business. In my opinion, they still need another few hundred years of evolution to become passable swimmers. However, they are still incredibly cute and friendly, which is good enough for me!” Lovers of aquatic life won’t want to miss these 20 incredible underwater photos. 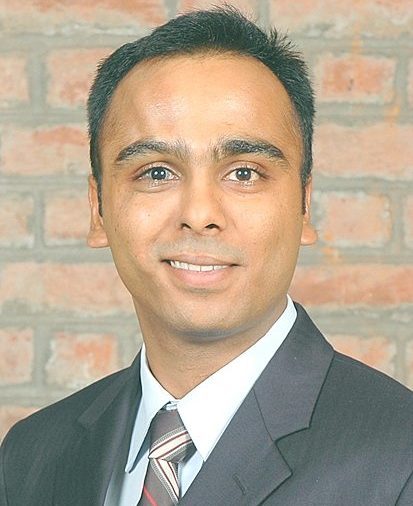 Saurabh Jindal was somewhat afraid to take to Crystal River, Florida to swim with a manatee. “I was nervous in the beginning but later on it was smooth sailing,” says Jindal, who runs the Talk Travel app. He was mindful of the rules and restrictions when engaging with a manatee. “You can touch them, if it is close to you, but you cannot swim at it. You may put one hand on the manatee and rub it like a big dog, but may not grab, poke, or pull the manatee.”
If you’re fortunate enough to get in a photo with them, it’s certainly an IG moment. What did she learn? “Anything which is big, or many seem scary, may not be. They are very benign, calm, easy creatures. It is easy to integrate with them and they seemed to be very used to people,” Jindal says. “They would be everybody’s best friend if they were human.” Be sure to check out our favorite manatee photos of all time.

Julie Gavage travels the globe and writes for This Is Luxury Travel. She was able to get up close and personal with a manatee in Alor, Indonesia. “They have a resident manatee that you can spend time with. and the best part is that it is still a secret place so there are no other tourists around.”

When she swam with the manatees, one was very curious and came close to her group during play. “It could be dangerous at times because he was huge, and you want to make sure he doesn’t drag you down. When he got too excited, we stayed in the boat,” Gavage recalls. “The manatee hung out with us for more than half an hour. It was incredible!” Learn the 13 things you never knew about manatees.

Tales from the waterfront

Brandie Wooten of River Ventures & Safaris in Old Homosassa, Florida has observed manatees over the years. “They are closely related to elephants, they are not fat but very lean animals, beautiful mothers and can live to be very old—at least 70+,” says Wooten. She says the animals are sentimental and love to interact with each other, snuggling, kissing, and hugging. “Like humans, they are all different. Some are friendly and playful, others are jerks! When a female is in estrus (heat) all the males in the area become very friendly! Mostly they are curious animals. They are not predators. And with poor eyesight and powerful vibrissae, they tend to put their mouth on everything,” she says. They also use their fins just like hands, scientists say they are even more tactile than humans. If you look at an X-ray of their fins you will see similar bone structure to human hands, and from the outside, that fin looks like the foot of an elephant.” Next, read on to see stunning photos of elephants in the wild.