They have to check out their knives before using them to cut you a garnish! 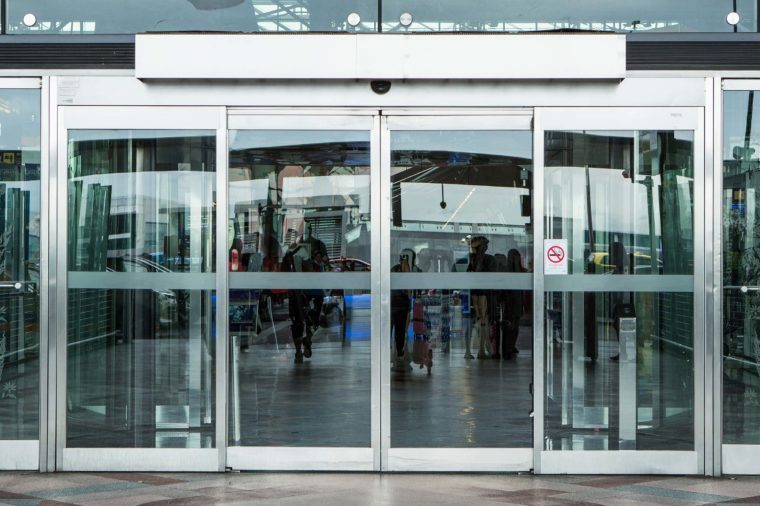 We practically live at the airport

“It may be different elsewhere, but we HAD to stay open until the last flight departed (within six gates of our location). Sometimes we were there three hours later than normal, catering to a handful of [bored and angry people].” —Reddit. 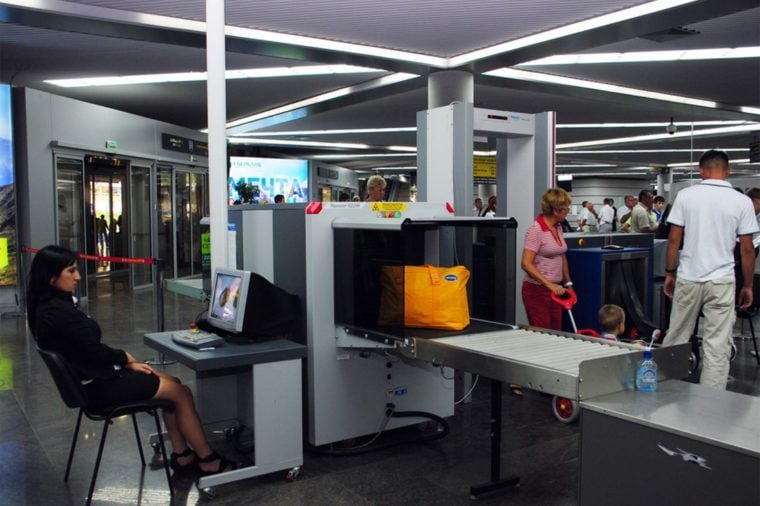 We go through the same security you do

“You have to go through security every day. You have sign out knives for cutting garnishes and you’re given a limited amount of time [to return them].”—Reddit. This is what you need to know about airport security scanners. 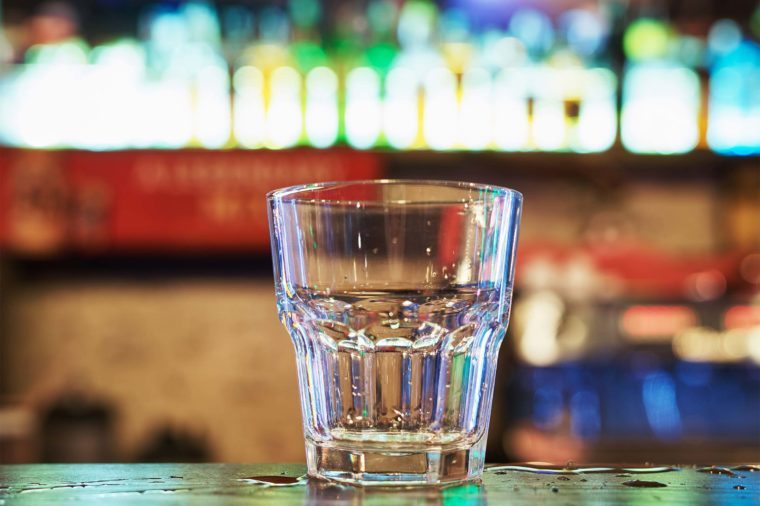 We cut a lot of people off

“Working at an airport bar, you have to cut a lot of people off. Constantly. Sometimes, you’d have to stop them way before you even started serving them. That gets a lot of people angry—they’re used to drinking six, eight, ten drinks at a bar, but then they’re surrounded by other people who are on the same level. But at an airport, you’ve got someone who is six beers deep next to a mom with three kids and she doesn’t drink at all. It’s just not traditional bar rules.” —CNBC. 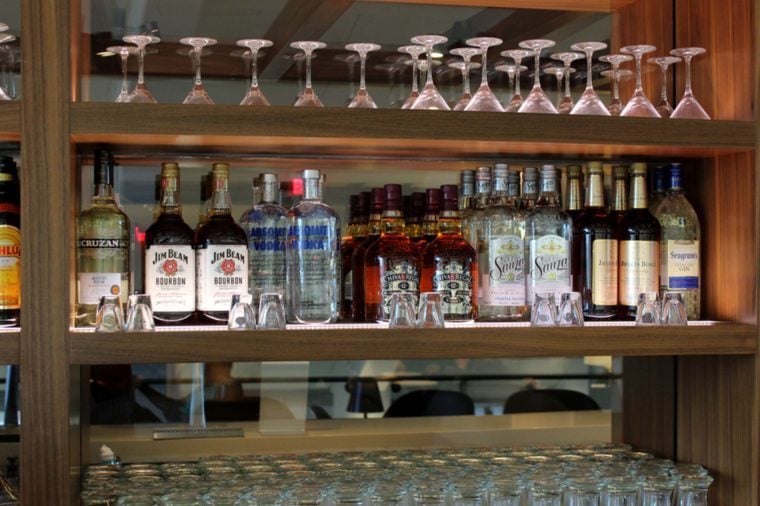 We appreciate your expense account—especially when it comes to tips

“My buddy [who works at a high-end airport steakhouse] told me he got tons of well-to-do business travelers who tipped huge because they were all using expense accounts.” —Reddit. While you’re at the bar, check out this map of airport Wi-F passwords all over the world. 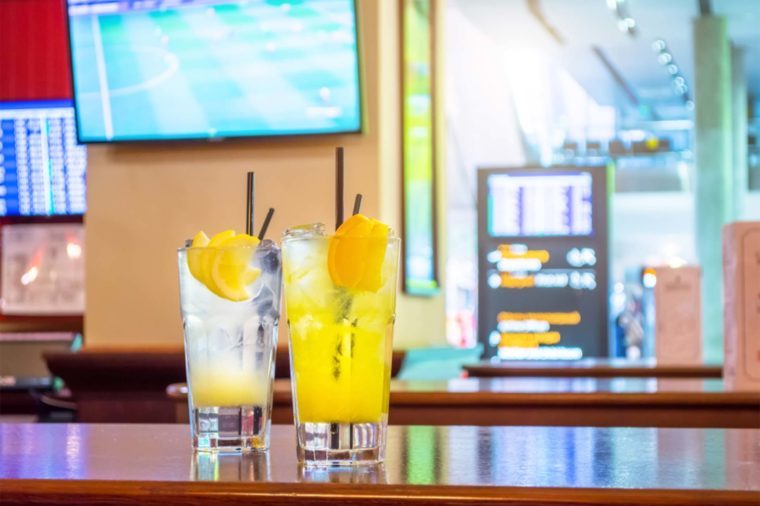 “I once saw a man get so angry at his delayed-yet-again flight that he threw his suitcase down the concourse and started screaming. Security had a word with him but I don’t know what happened after that because they were out of sight from where I was behind the bar.” —Reddit. 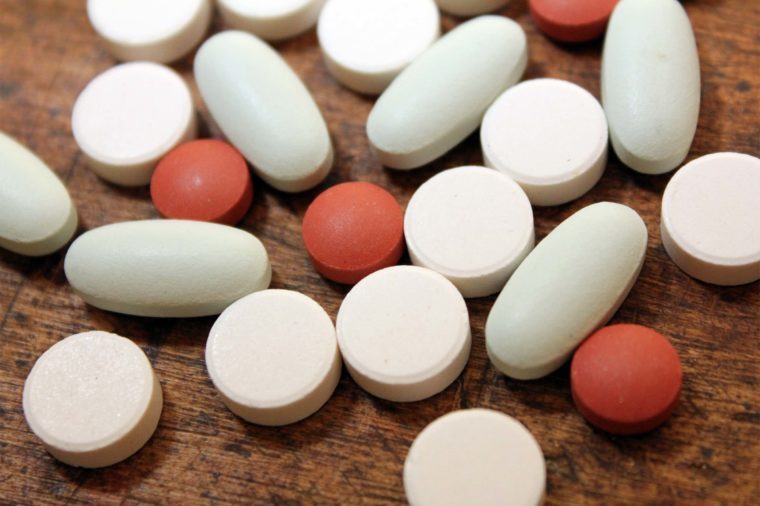 “Frequent flyers all have their regimen. They always show up, have a Bloody Mary, bang out a couple work emails, pop an Ambien, and they head to the gate. Then a delay hits and all of a sudden you’ve got a bar full of people that all have sleeping pills and booze in their systems and that’s when the craziness starts.” —Thrillist. Here’s what you should eat at the airport, according to nutritionists. 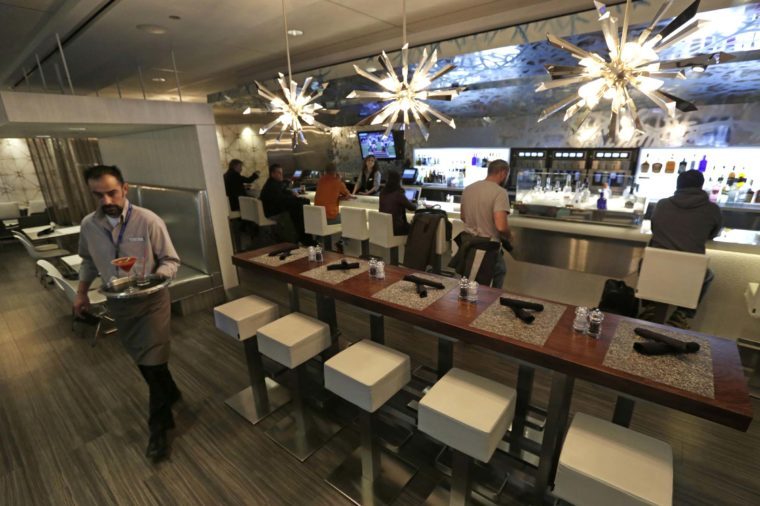 “What security doesn’t catch: A LOT. An example: I once had a woman at my bar open up her bag to get some stuff out and she suddenly said ‘OH MY GOD.’ I asked her what was wrong, and she showed me that she’d accidentally forgotten to take her can of mace out of her bag. It went through the screening X-ray machine and everything, and TSA didn’t catch it.” —Reddit. 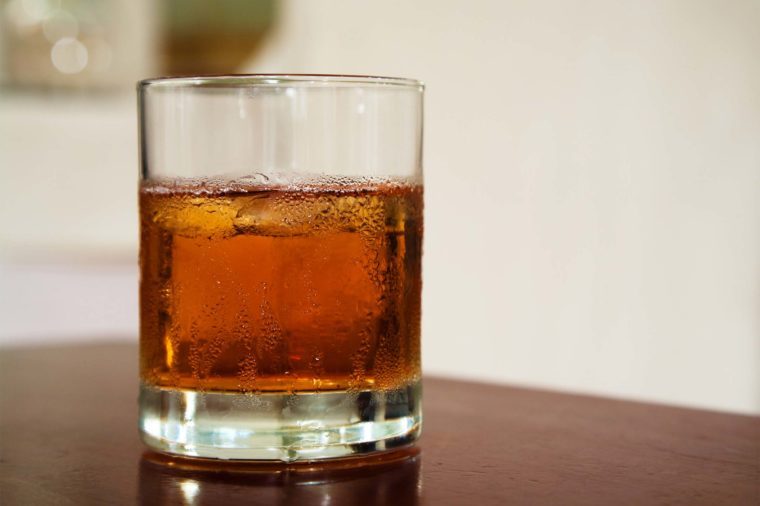 We see you smuggling in your own liquor

“The biggest fear we had—and this we’d see time and time again—is people smuggling in nips because they don’t want to pay airport liquor prices. So these people will come up and order a soda and go out into the terminal. They just keep going back and forth until someone catches them.” —Thrillist. Here’s what you can get for free at the airport. 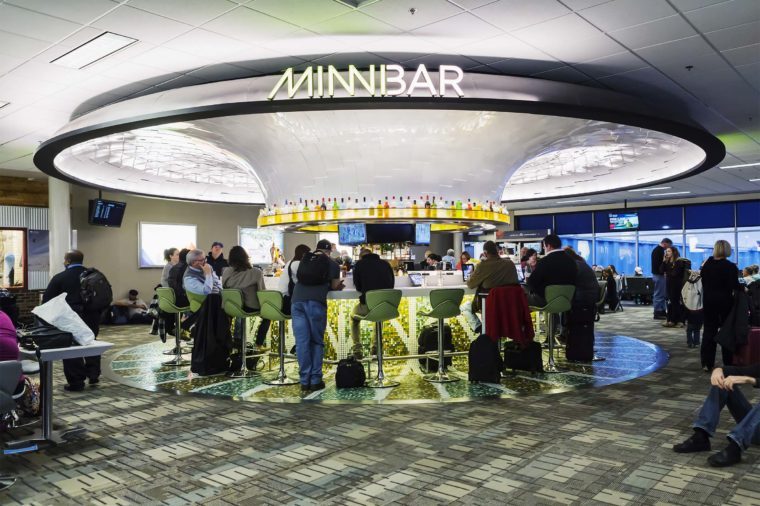 You should talk to other people at the bar—seriously!

“Your demographic is not treating your establishment like a destination. It’s not like other bars. No one is there with friends or meeting their in-laws. They’re on the same playing field and they all have each other’s backs. They put their phones down and start talking to each other. We’re all on the same team.” —Talesofthecocktail.com. These are the 26 things your local bartender won’t tell you. 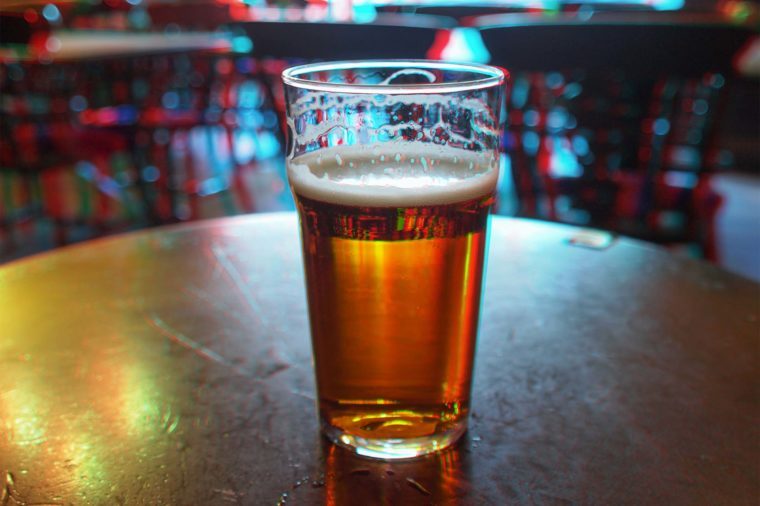 We know our prices are ridiculous

“The prices at airport bars are insanely marked up, as is everything else for sale in an airport. They know you can’t go anywhere else so they can charge what they want.” —Reddit. Save more money at the airport by never paying for these 15 things. 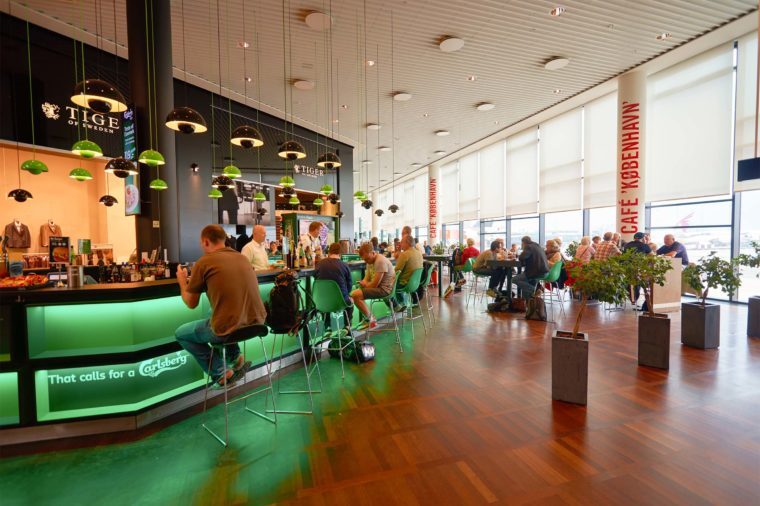 We have more regulars than you’d think

“We have regular guests that come in every week. We see the same people. Ninety percent is regular guests, mostly business travelers.” —Talesofthecocktail.com. 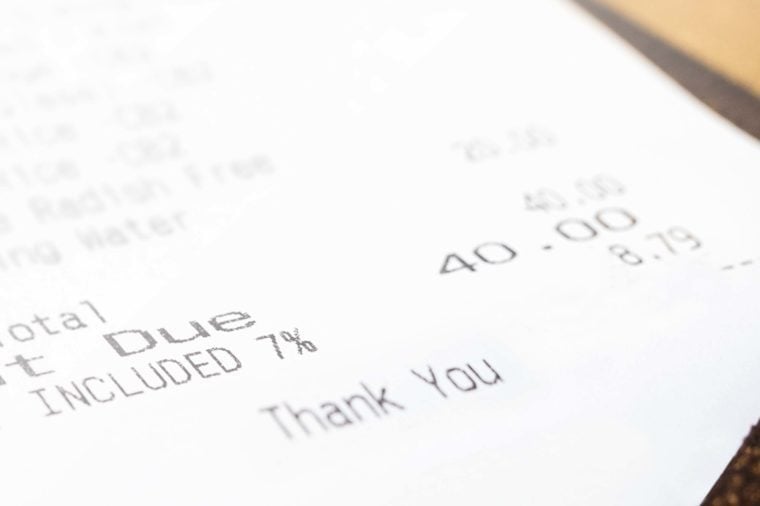 We see a lot of good, too—on a daily basis

“You’d be surprised at people’s generosity. I’ve seen business travelers give their upgrades or their first-class tickets to families or to people traveling for a funeral or some kind of emergency. And I can’t tell you how many times I’ve seen guys in military uniforms get their tabs covered—it happens every day, at least once or twice a day. It’s little stuff like that that makes all the insanity worthwhile.” —Thrillist. These are the 16 airport mistakes you need to stop making before your next flight.