Set your alarms for Black Friday shopping, and share these tips from etiquette experts on holiday shopping etiquette. 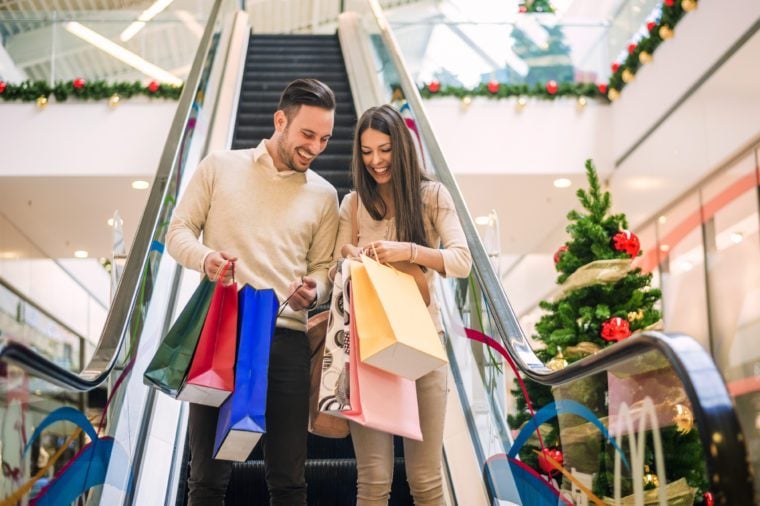 Keep the holiday spirit up even while shopping

Christmas shopping is one of the most stressful parts of the holiday season. But if you’re brave enough to set foot in a real-life store, you need to prepare for rude shoppers and have a positive attitude of your own. Read on to learn the things polite people don’t do while Christmas shopping, so you can make the experience pleasant for you and other stressed-out shoppers. 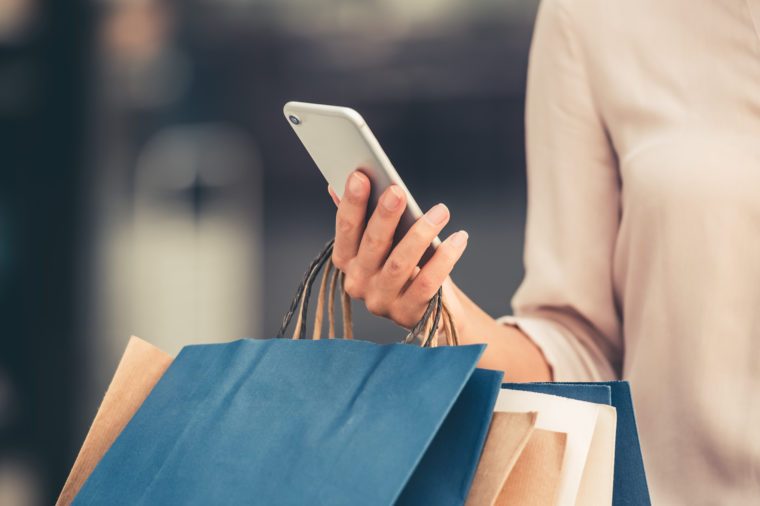 Everyone is trying to accomplish the same thing—survive holiday shopping in one piece and in peace. So focus on the game plan, not distracting texts. Polite shoppers know not to try texting and shopping at the same time, according to Bonnie Tsai, founder and creator of Beyond Etiquette. “If you’re texting while shopping, you may be disrupting the flow of other shoppers who are trying to purchase their items and leave as soon as possible,” she says. There are going to be way more shoppers than usual, so keep your eyes on the prize and focus on your shopping instead of your messages. Follow these other expert phone etiquette rules to avoid being rude. 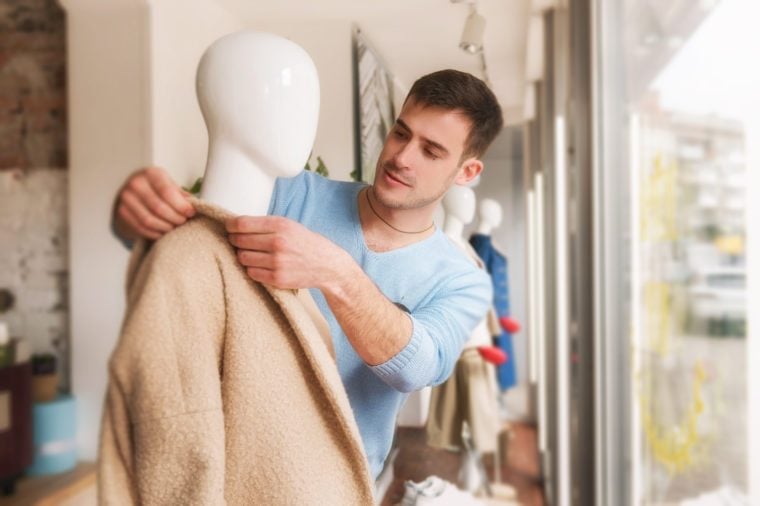 Take things out on staff

Holiday stress magnifies while you’re rallying the last of the Christmas gifts for friends and family. Don’t take any built-up anger or stress out on staffers during your shopping trip. “Retail staff is trying their hardest to ensure each shopper has a pleasant holiday shopping experience in their store,” Tsai says. “We all would like to get everything on our list as quickly as possible, but remember that being rude will not get you where you need to go any quicker.” Say please and thank you to employees who help you and remember these golden etiquette rules you should always practice. 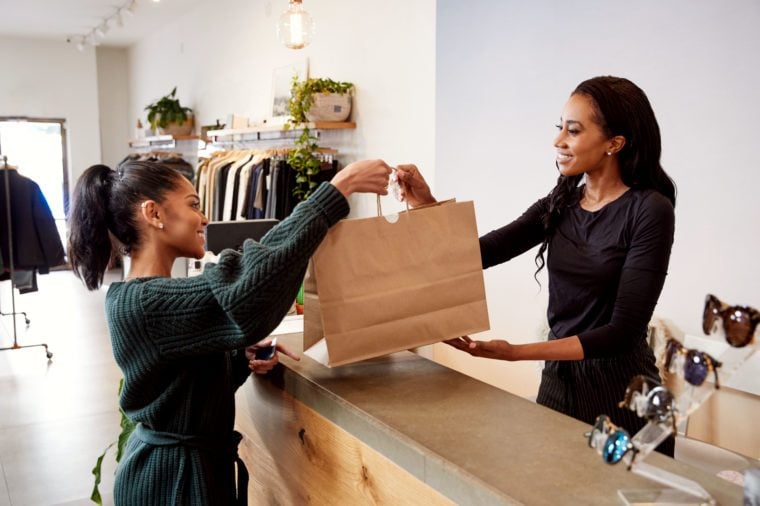 It’s tempting to sneak into an open slot ahead of the line, but it’s also very rude, according to Tsai. Always be courteous to other shoppers because they’re also just trying to pay for their purchases,” she says. Don’t try to cut the line to leave sooner or get the answer to a question. Be respectful of all the other shoppers patiently waiting in line for their turn. Arguing with people about skipping the line only wastes more valuable time. Trying to cut the line is also one of the rudest things people do at the grocery store. 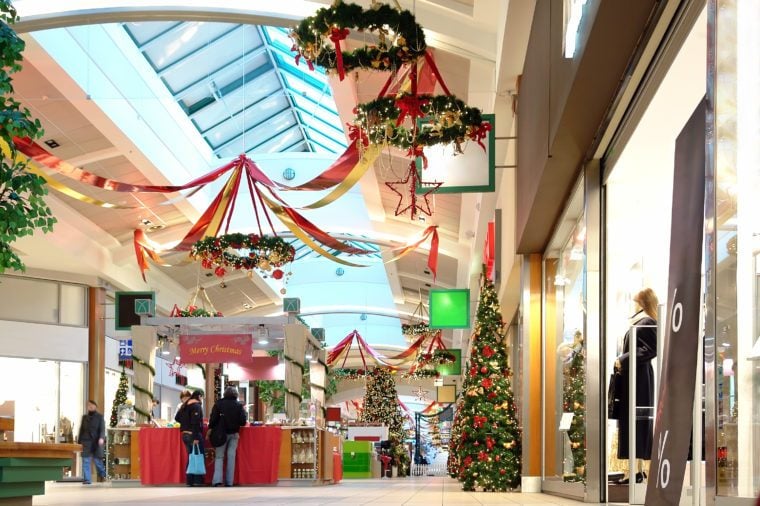 Argue with other shoppers

Rude shoppers, and people in general, tend to act out, but Lisa Grotts, etiquette expert, author, and Golden Rules Gal, says not to take this personally. “It’s not about you,” she says. “Even though the holidays can trigger the stress of loss, money, or even a breakup, they don’t argue as there could be a risk of rage.” So if someone rudely skips the line or acts like a crazed, impatient shopper, don’t add to the negativity with your own rude behavior. Positivity and thankfulness are key to get through these tricky holiday etiquette scenarios. 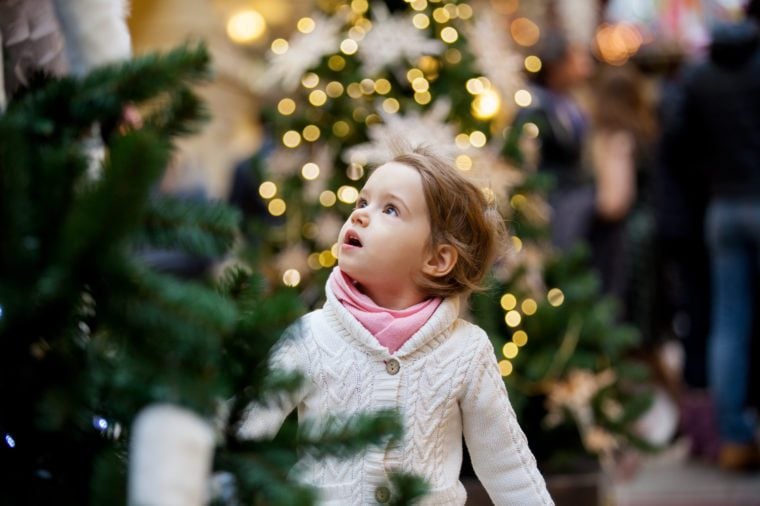 If you plan to bring your children with you to do holiday shopping, make sure that they are well-rested and fed. “You should never leave your kids unattended because they may injure themselves in the store,” Tasi says. “It’s also not the staff’s responsibility to watch after your children since they have to attend to other customers.” If you do have to take your kids with you, use this as an opportunity to teach them the manners every parent should teach their child. 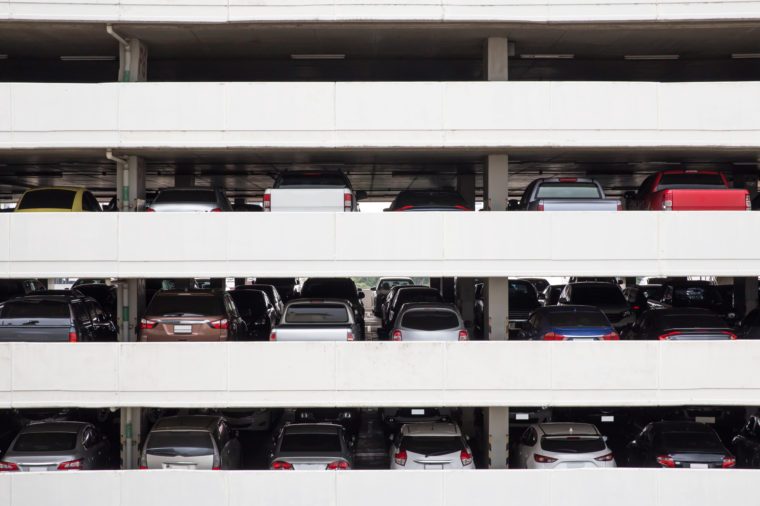 The only thing worse than shopping in stores during the holidays is parking at said store. Be patient in the lot and avoid unnecessary honking or spot stealing, Tsai says. Grotts also recommends leaving your car at home and grabbing a cab, Lyft, or Uber instead. The extra cost could be worth the lack of parking stress, especially since rude driving habits could be dangerous, too. 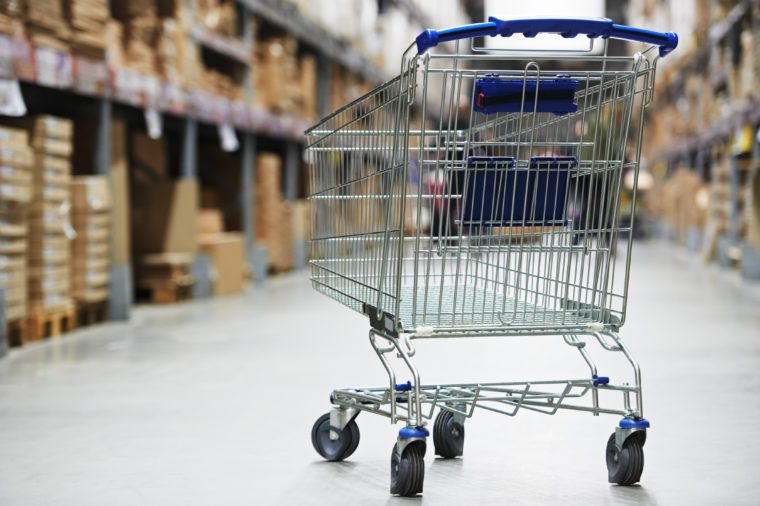 Keep the cart in the middle of the aisle

Keep in mind that the flow of traffic in the aisles is the same as on the road—stick to the right and let people pass on the left. “If you’re looking at something, be sure to park your cart to the right side of the aisle so other people can get around you,” Tsai says. “You shouldn’t park your shopping cart in the middle of the aisle, which could make it difficult for other shoppers to get by.” If it’s possible to shop without a cart, you could save some money, relying on a cart is one of the shopping mistakes that are wasting your money. 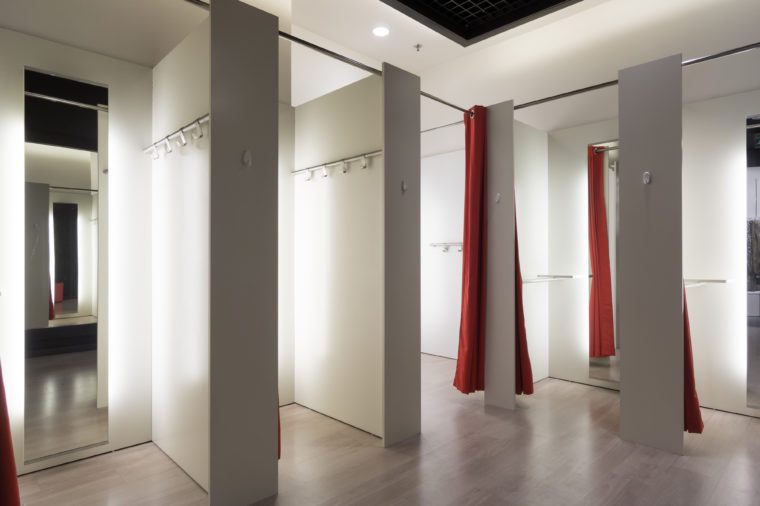 Some clothes just don’t look the same on as they do hanging up or on a mannequin, which is why dressing room time is so important. For the clothes that don’t fit after the try-on, fold or hang them and return them to a staff member on your way out. “This will make the shopping experience more pleasant for both the shoppers and staff since the changing rooms won’t be filled with unwanted and messy clothes that the staff have to organize while the shoppers can gain access to the changing rooms without waiting for the rooms to be cleaned,” Tsai says. “By keeping your changing room clean, you’re showing respect for your fellow shoppers and staff who work there.” This is one of the things Target employees wish you knew about holiday shopping. 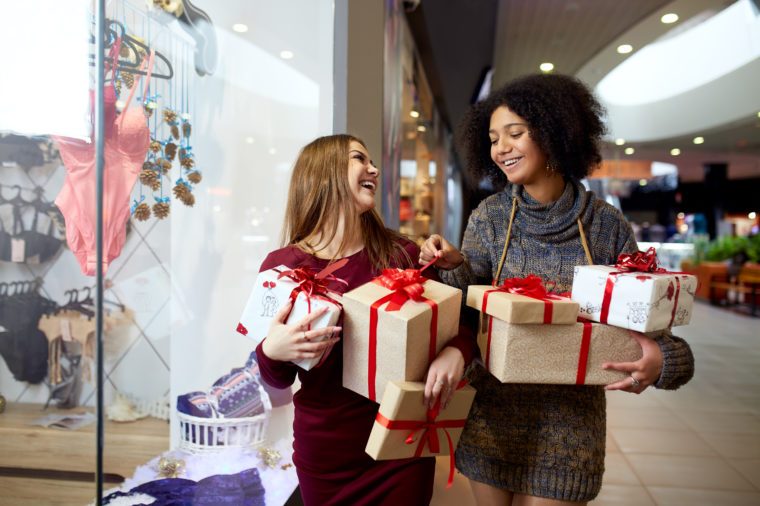 Bottom line: Treat others the way you want to be treated

Polite people follow the golden rule: treat others the way you want to be treated. Hold the elevator doors for people, help a mom with a stroller on an elevator, and always use polite language. Keep these tips from Grotts and Tsai in mind for a merry and bright holiday shopping season. All these etiquette tips count even if you are doing some last-minute shopping in the stores open on Christmas Eve.