COVID-19 is affecting the cost of many everyday items from the price of eggs to car insurance. 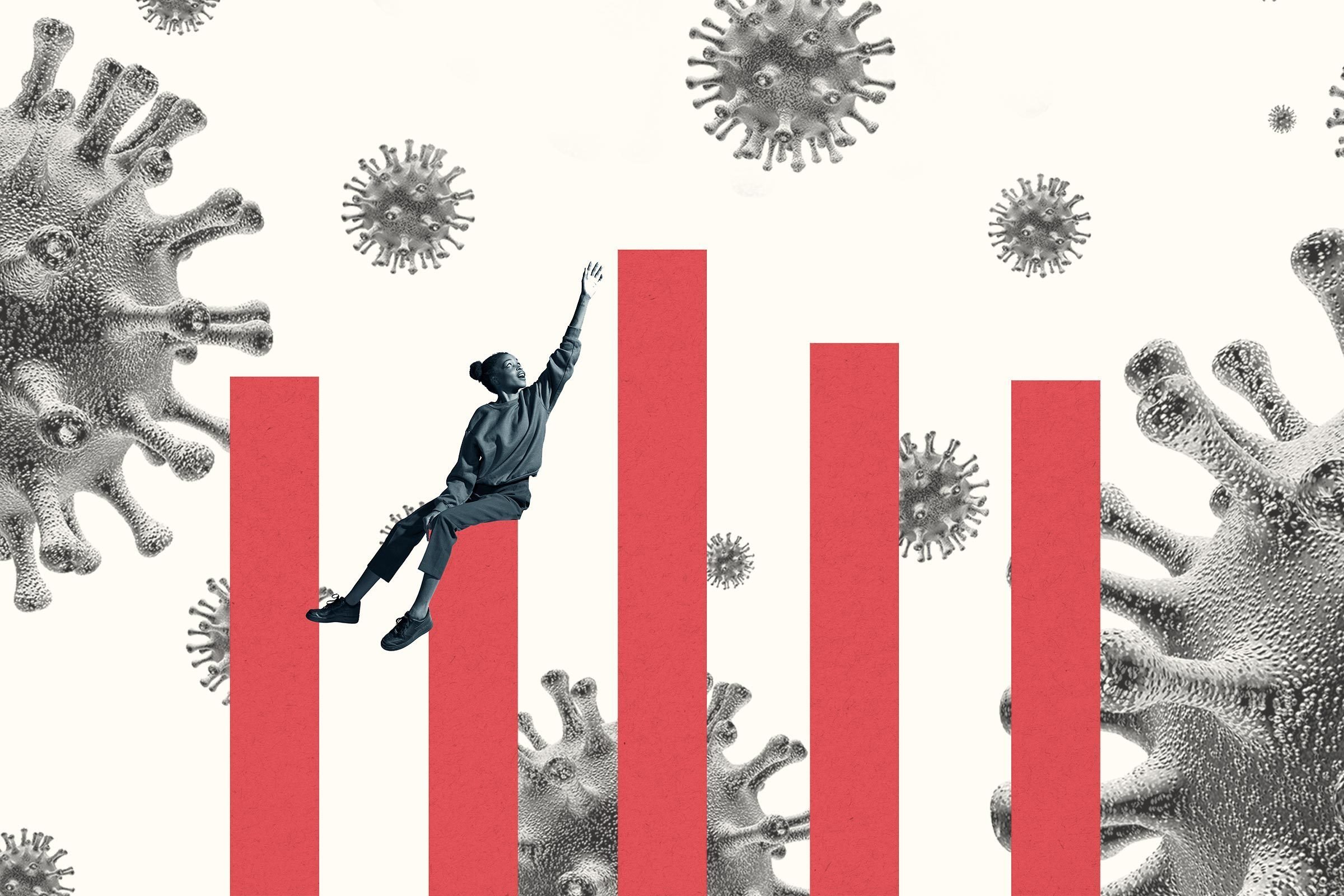 Every global pandemic has resulted in a severe economic impact and ripple effects reflected in the prices of items. The 1918 flu pandemic, for example, resulted in over 40 percent decline in businesses across several states and increased the demand for certain items like beds, mattresses and springs, and a decline in others (railway and industrial goods). Flash forward to today when the coronavirus pandemic has resulted in price fluctuations of many items from groceries to insurance. That’s not to say all pandemics are the same—find out 13 ways the coronavirus is different than other historic pandemics. 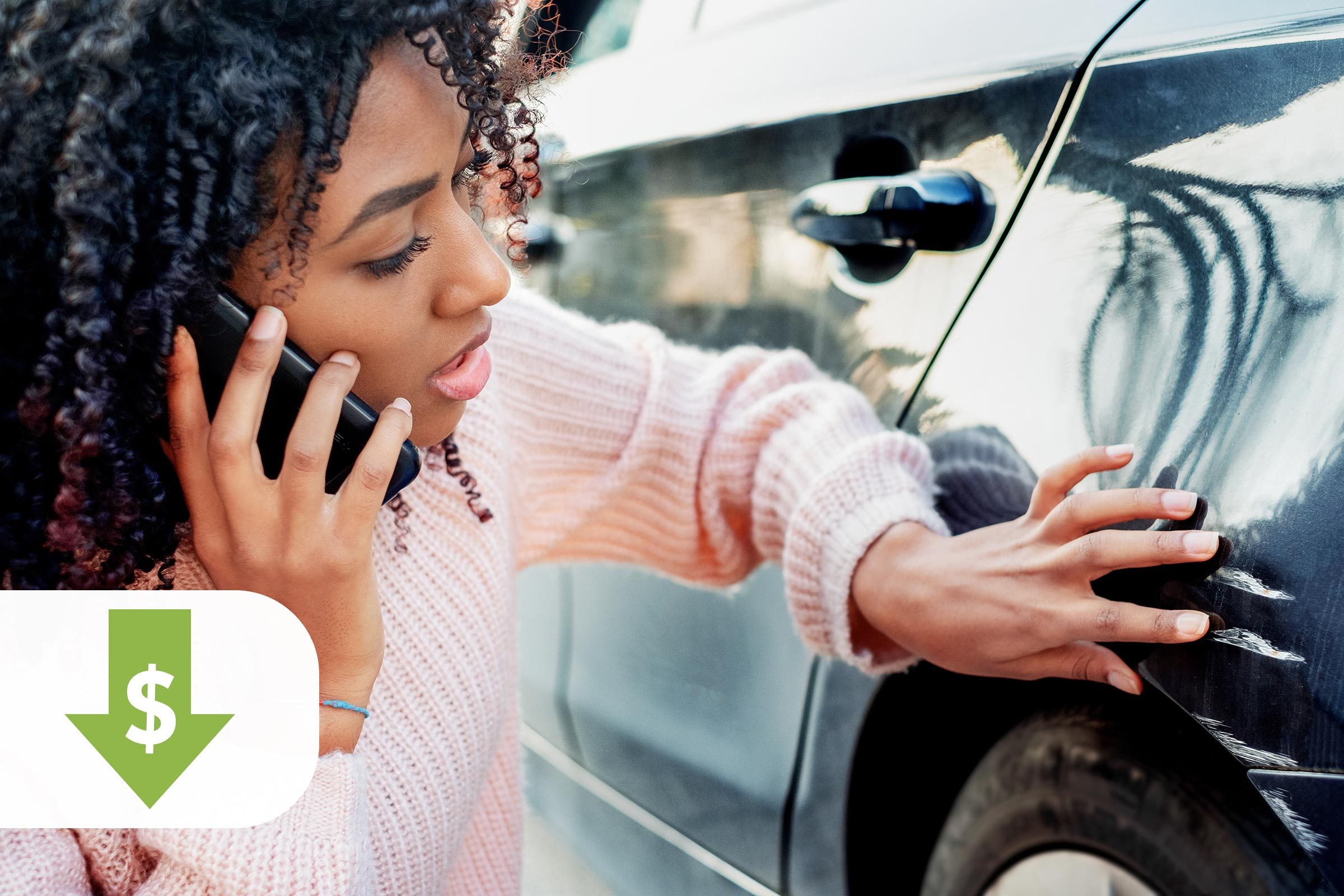 If you’ve hit the highway recently, you’ve likely noticed that traffic is lighter than normal—and that’s not all in your head; according to data from Inrix, personal traffic volume is much lower compared to levels from a year ago. With many cars sitting unused, many car insurance companies gave customers rebates in insurance premiums this past spring. Howard Dvorkin, CPA and chairman of Debt.com, says that car insurance companies are also offering their customers COVID-19 relief because they want to retain customer loyalty and keep their patronage, so expect to pay lower car insurance premiums as long as the pandemic continues. 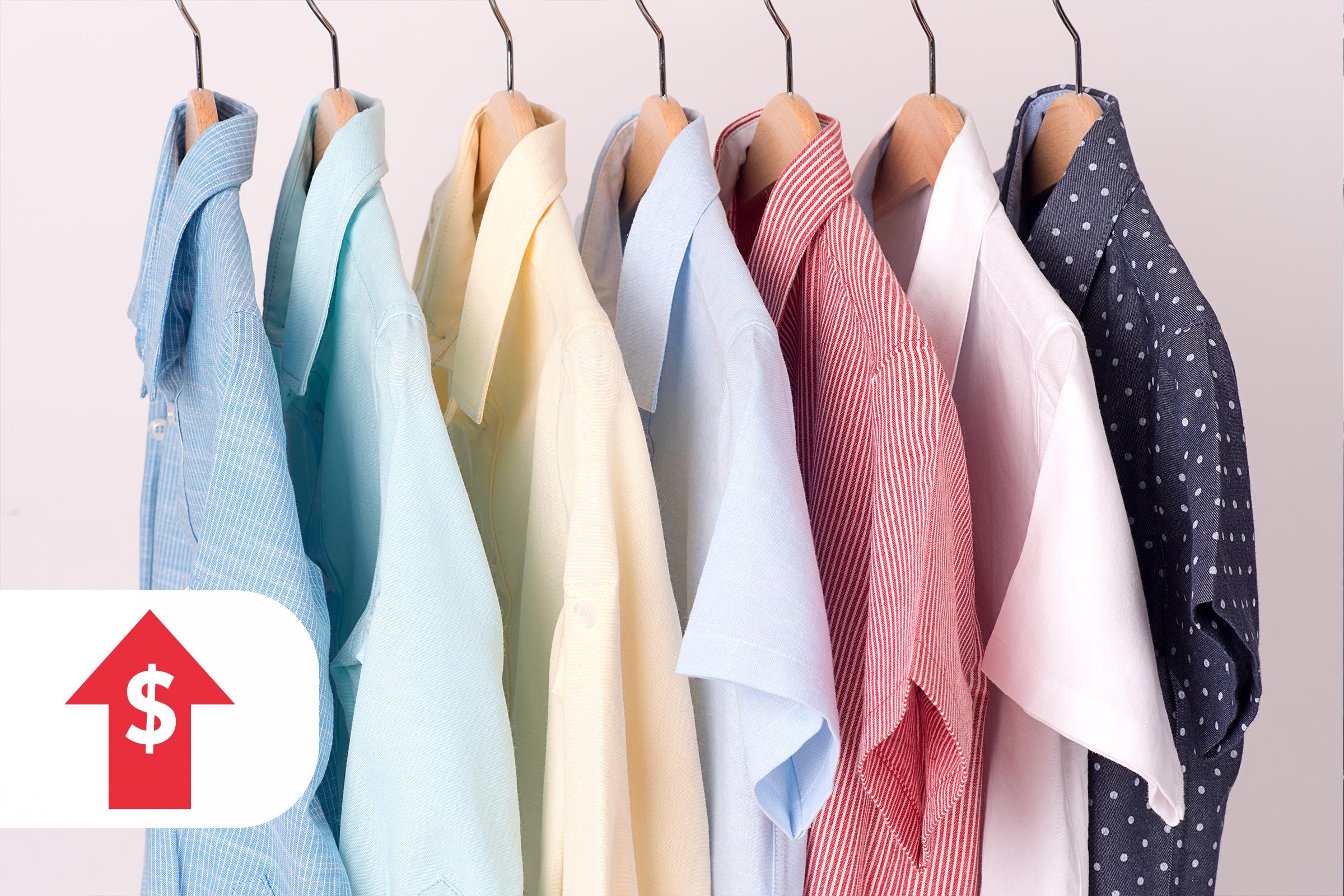 People spent a lot less on clothes initially during the pandemic, says Bobbi Rebell, a personal finance expert for Tally. This move hurt retail and put downward pressure on prices. “However, we are seeing a surge in pent-up demand recently. At the same time, many stores that were closed did not order new inventory, so now stock is low and shoppers will see many items run out in a lot of sizes and colors. In other words, discounts may not be as deep as expected given limited supplies.”

Nordstrom, the famed-department store, cut their inventory by 25 percent at the end of March, by both reducing how much new merchandise it purchased and deeply discounting the inventory it had in stock. “This means that Nordstrom has more flexibility now to react to market trends and reopenings,” Rebell says. “With less merchandise to unload in the coming months, they won’t be forced to offer consumer deep discounts,” she says.

Gap, on the other hand, has made the decision to purposely hold back their spring and summer lines rather than lose money trying to offload merchandise through deep discounts. “This means the merchandise sold next year will be sold closer to full price than at a sales price,” Rebell says. “It also means that the retailer can save money on ordering new merchandise next year.” In many cases, stores are not restocking goods at the same rate they used to; that also means they don’t have to be forced to sell items at deeply discounted prices as they used to. 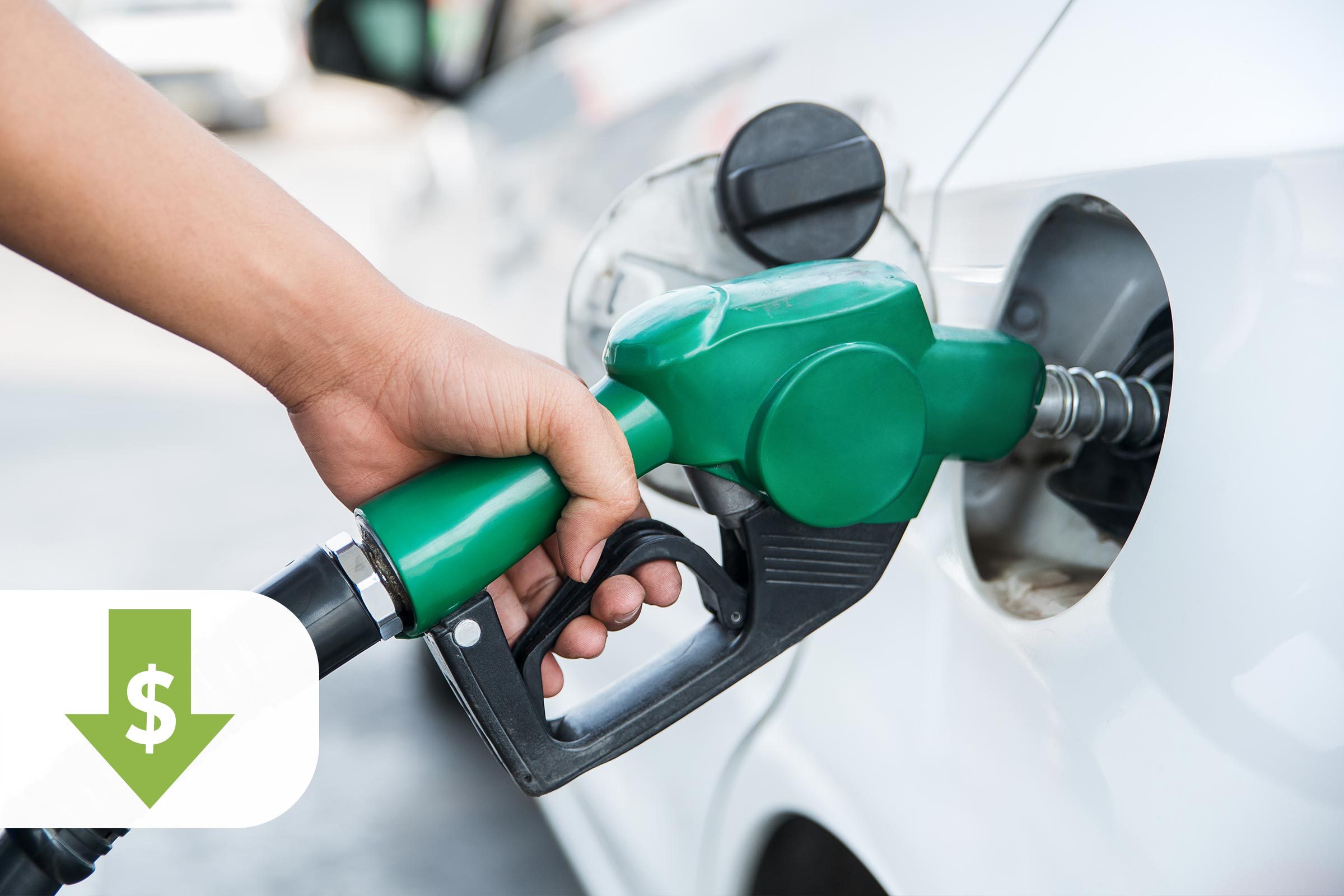 Gas prices crashed to negative levels in March because of the pandemic and related lockdowns, as well as members of OPEC and Russia not coming to an agreement on crude oil production cuts, says Steve Sexton, financial consultant and CEO of Sexton Advisory Group. “The significant increase in supply along with a lack of worldwide demand for oil contributed to a crash in gas prices.” Indeed, many places around the country saw gas prices drop to below $2 per gallon.

Then, in early April, OPEC and Russia came to an agreement and the price of oil has slowly increased. In addition, “as we see stay-at-home orders scaled back across the country, we will likely see more driving,” Sexton says. As a result, oil prices will continue to rise…for now. The outlook for gas prices will depend on how many cars are hitting the road. As novel coronavirus cases continue to surge in the United States and some states reinstitute stay-at-home measures, gas prices are likely to remain muted. You’ll still want to know the cheapest day of the week to buy gas. 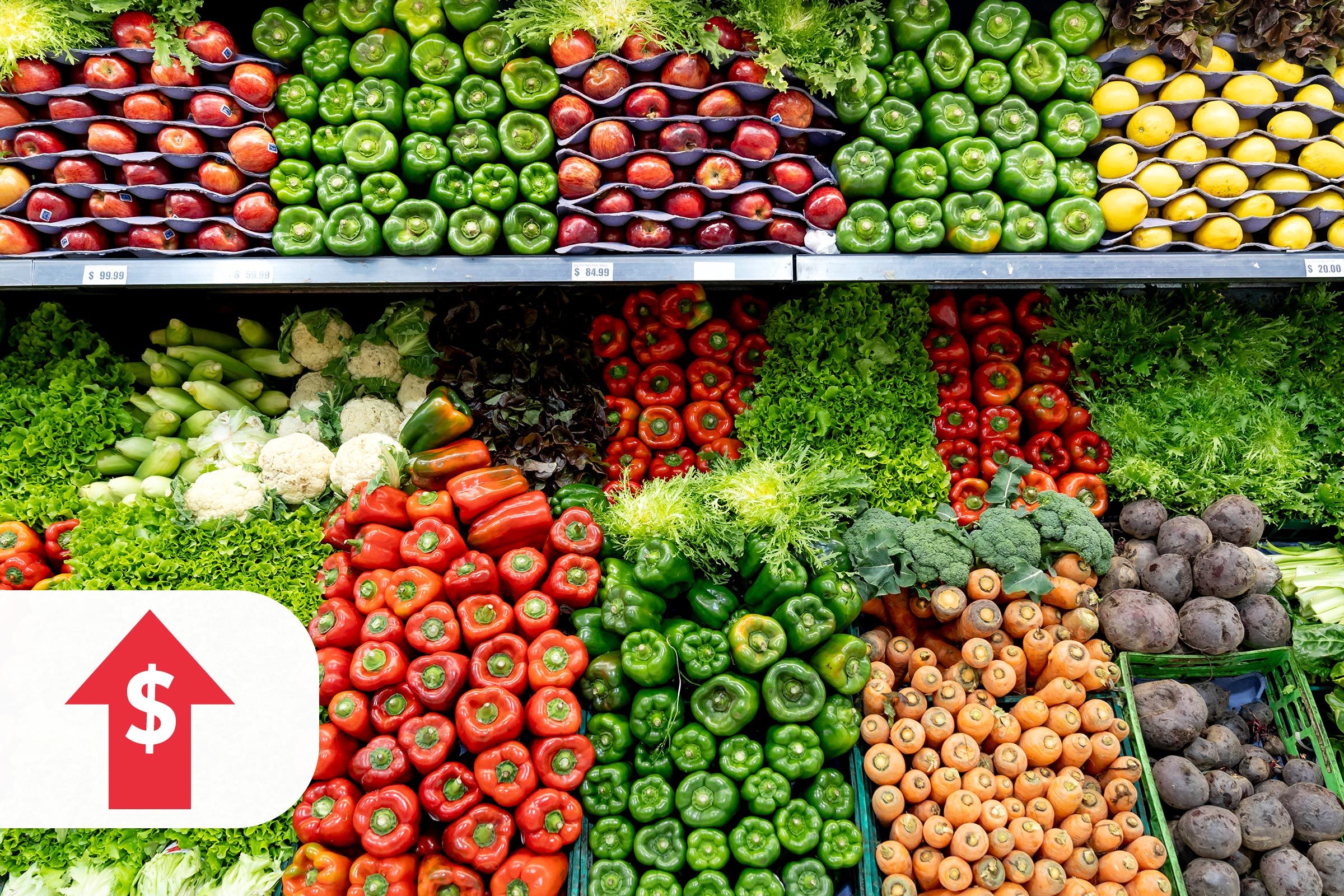 According to the U.S. Bureau of Labor Statistic’s monthly Consumer Price Index report, monthly grocery prices increased by 4.1 percent, the highest level in nearly 50 years. Also in May, the beef index also rose 10.8 percent, the largest ever such increase, and dairy has seen as much as a 10 percent increase.

Kurt Jetta, PhD, founder and chairman of Tabs Analytics, says the higher prices may be a function of fewer promotional offers and sales. “The higher prices ensure supplies are maintained on the shelf.” Since hoarding is driven by expectations of supply shortages, that could continue to be a key driver going forward. Here’s why panic buying isn’t actually helpful. 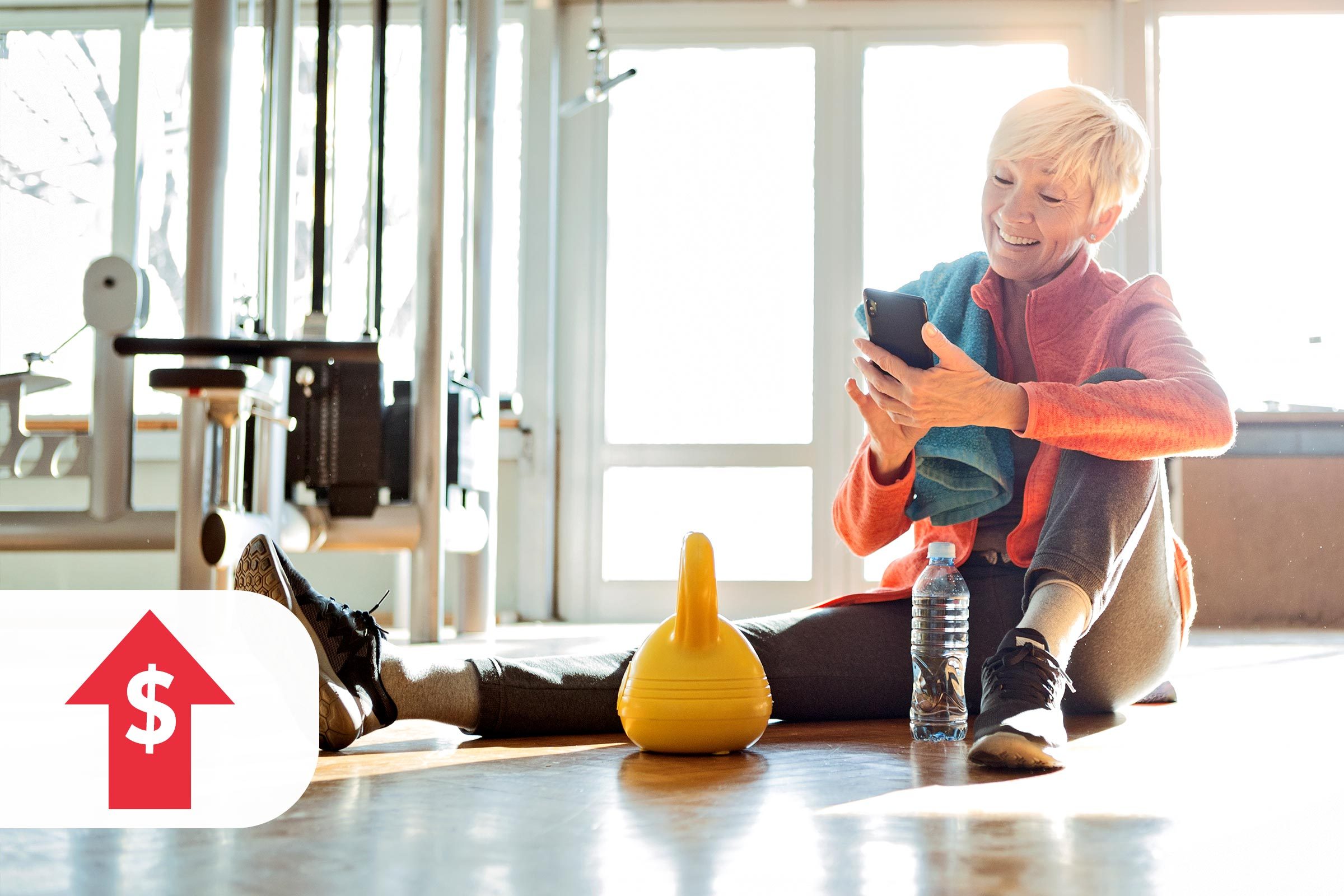 In a recent survey of 2,000 adults, nearly a quarter of respondents said they do not plan on returning to a gym in the near future, so it follows demand for home fitness equipment has risen. Monica Eaton-Cardone, owner of Chargebacks911, says, “According to a study by Google, eBay, and Gymcatch, year-to-year kettlebell sales have risen by one thousand percent; sales of pull-up bars have risen by 640 percent; barbell sales have risen by 355 percent, and sales of workout benches have risen by 530 percent. While some businesses, including Gold’s Gym, were unable to survive the pandemic and filed for Chapter 11 bankruptcy, shares of Peloton have jumped 100 percent. Eaton-Cardone says that even though people may not have as much disposable income right now, they are still prioritizing fitness and not spending their money on big gyms. Find out 10 ways gyms will change forever after coronavirus. 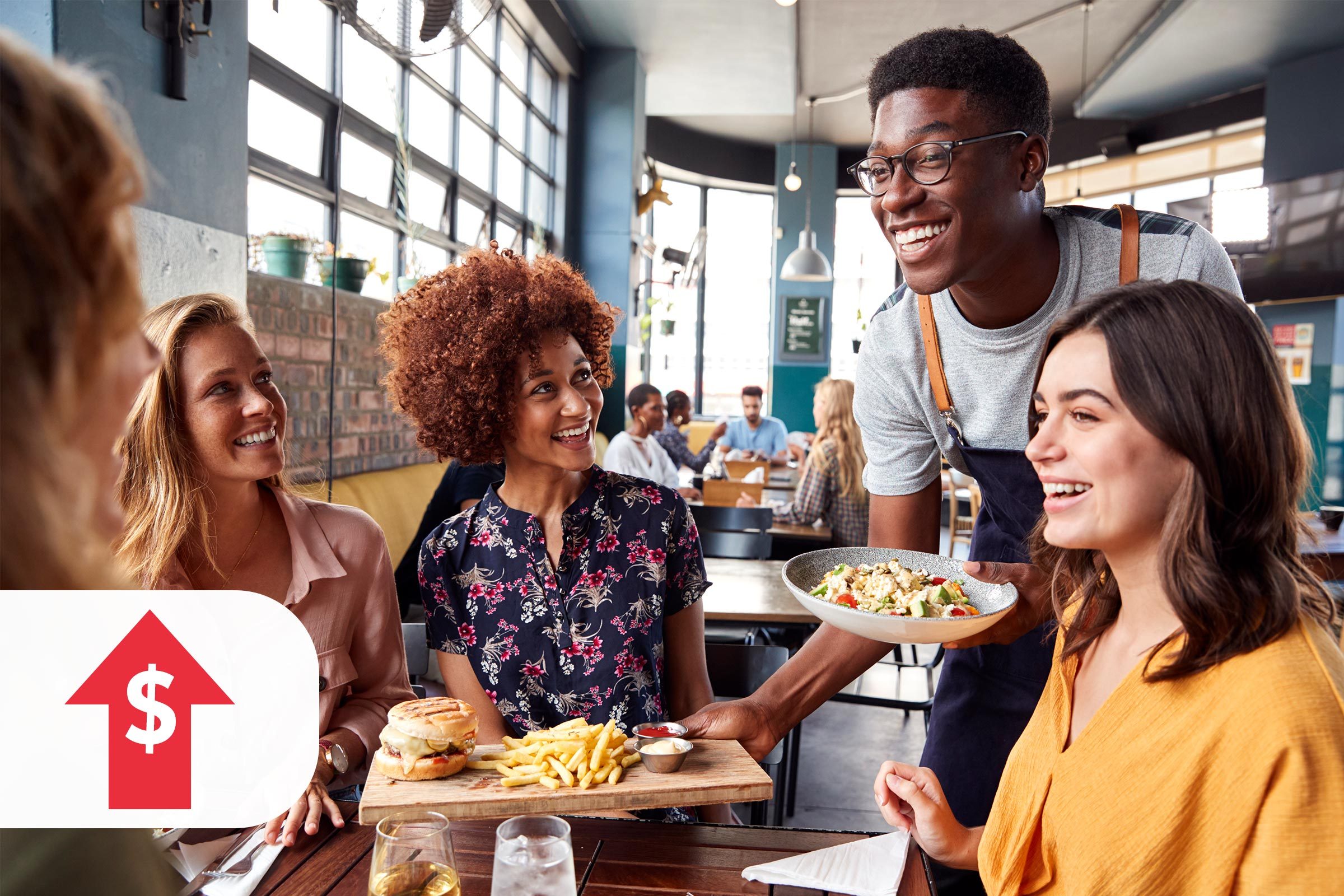 Not only are food prices increasing, but restaurants also have to go the extra mile in sanitizing and constantly maintaining protocols—and many Americans are still nervous about going out to eat right now, it’s not surprising that a meal at your favorite restaurant may cost more. The good news, if you can call it that, says Zachary Weiner, owner and CEO of Restaurant Accounting, is that the main contributors to the increase in restaurant prices are the more rigorous health protocols and rising food prices. “If restaurants increase the price further, it is because of other reasons, such as a specific problem in operations, management, product sourcing, or other case-to-case basis problems.” Find out other ways your favorite restaurant will change after coronavirus. 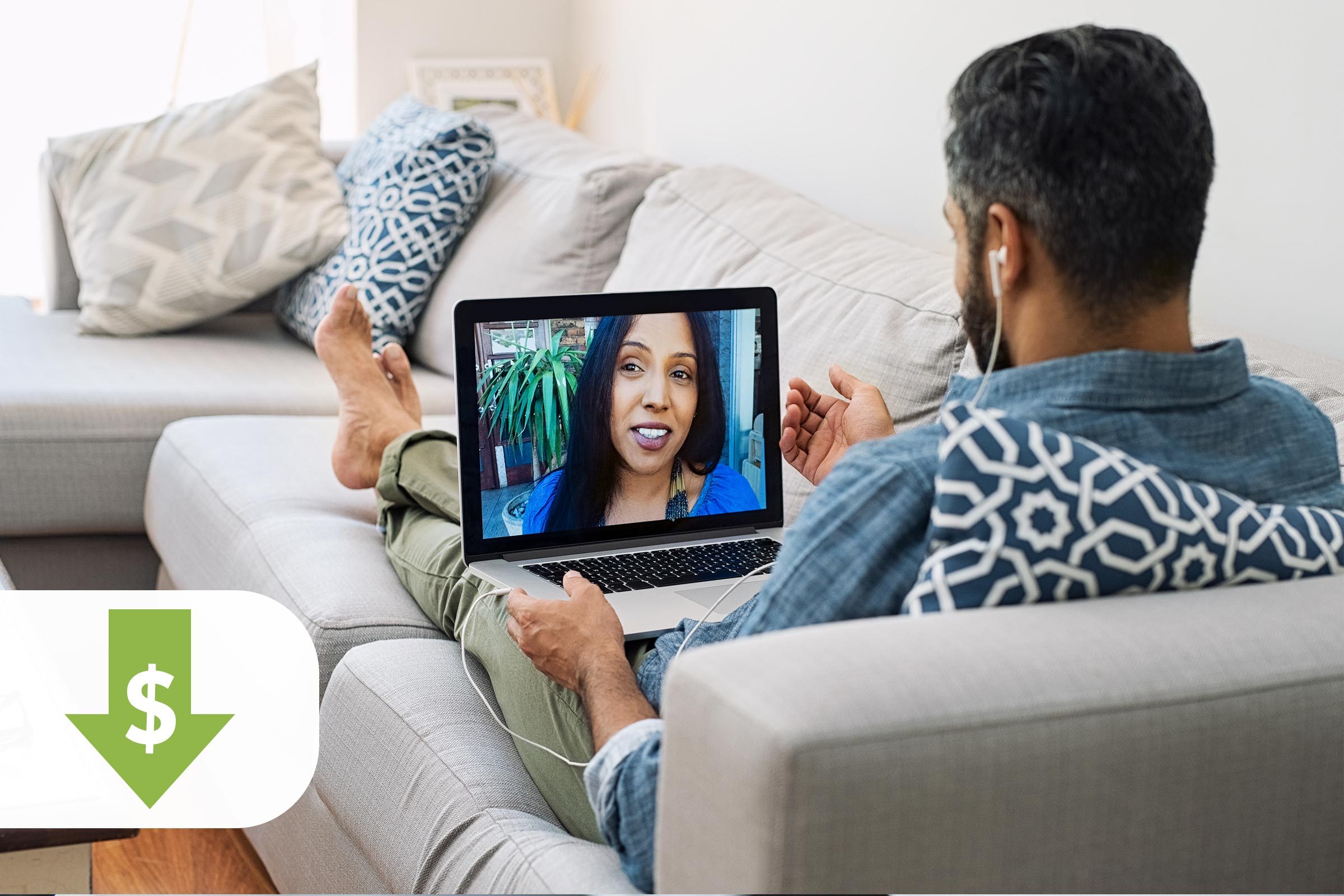 The good news, according to relationship expert, April Masini, is that dating has become cheaper during the pandemic simply because people aren’t going out as much to expensive dinners and movies. The pandemic has made daters get more creative and couples are sending each other gifts that range from bottles of wine to fresh fruit; Masini says that these gifts are not being sent with any kind of frequency that would rack up a big dent in your credit card bill. “These gifts are coming once a week at most, and once a month or less in general, and they’re coupled with Zoom get-togethers, socially distanced dating, and phone, text, and email contacts,” she says. Wondering when things may go back to normal? Here’s what a post-coronavirus life could look like. 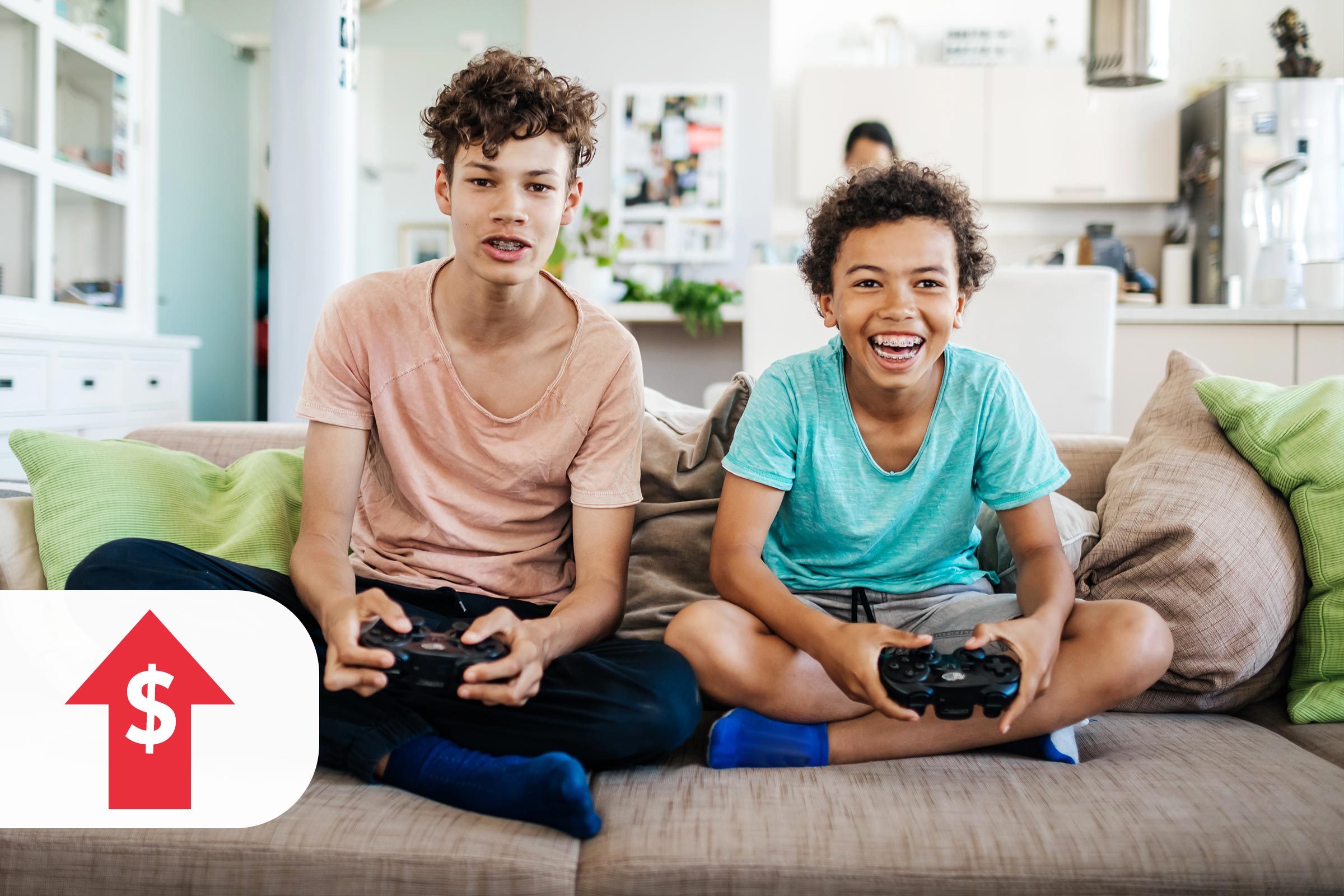 People were also trying to keep themselves entertained during stay-at-home measures last spring. “During quarantine, shoppers did their best to keep themselves and their families entertained,” says Sara Skirboll of RetailMeNot. The site saw a 95 percent surge in demand for video games from March to mid-June compared to the previous year.

While consumers may not be willing to spend a fortune to download movies as streaming services, including Amazon Prime and Netflix, have leveled the landscape and kept prices down, video games, like Doom Eternal and Animal Crossing, have seen colossal sales (the latter scored record sales in Japan). At a more normal time, it would seem reasonable to say that the prices of video games seem pretty stable and that production will rise to meet epic demands. But with the pandemic causing several factories (including Sony and Amazon) to slow down production and delay games, brace yourself for increased prices of video game consoles if the current situation continues and many video game retailers are sold out or only have little inventory left. If you prefer to skip the video games, here are some ways to play trivia and quizzes online. 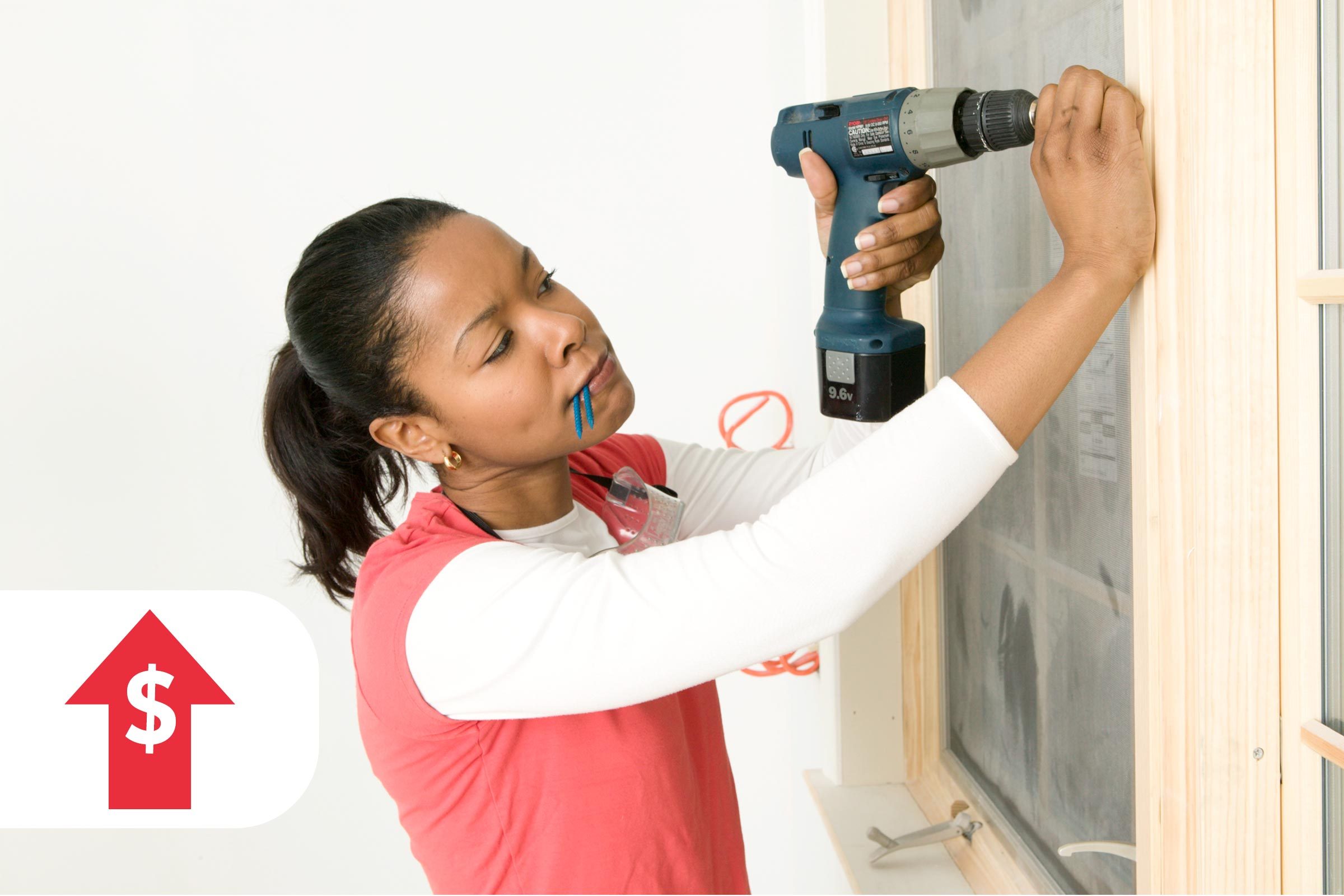 With many people still staying at home and forgoing vacations, it makes sense that there’s been an uptick in demand for home improvement goods. Home improvement retailers, including Lowe’s, Home Depot, and Ace Hardware, boasted terrific sales during the first quarter of 2020, and also well into the pandemic. According to figures from the U.S. Department of Commerce, building material and garden sales for May 2020 increased by over 6 percent compared to the same period in 2019.

“Because people are spending more time at home, they are taking on more projects to make their homes more comfortable,” says Kimberly Palmer, personal finance expert for NerdWallet, “improving outdoor spaces, updating doors and windows, and taking on DIY projects like painting or decorating, too.” Anecdotally, she has seen an increase in prices for home goods at stores including Home Depot and Target. There is some good news: “we expect to see companies adjust to meet demand by producing more, so that should help keep prices in check,” she says. Find out the 11 home improvement projects you can safely do yourself. 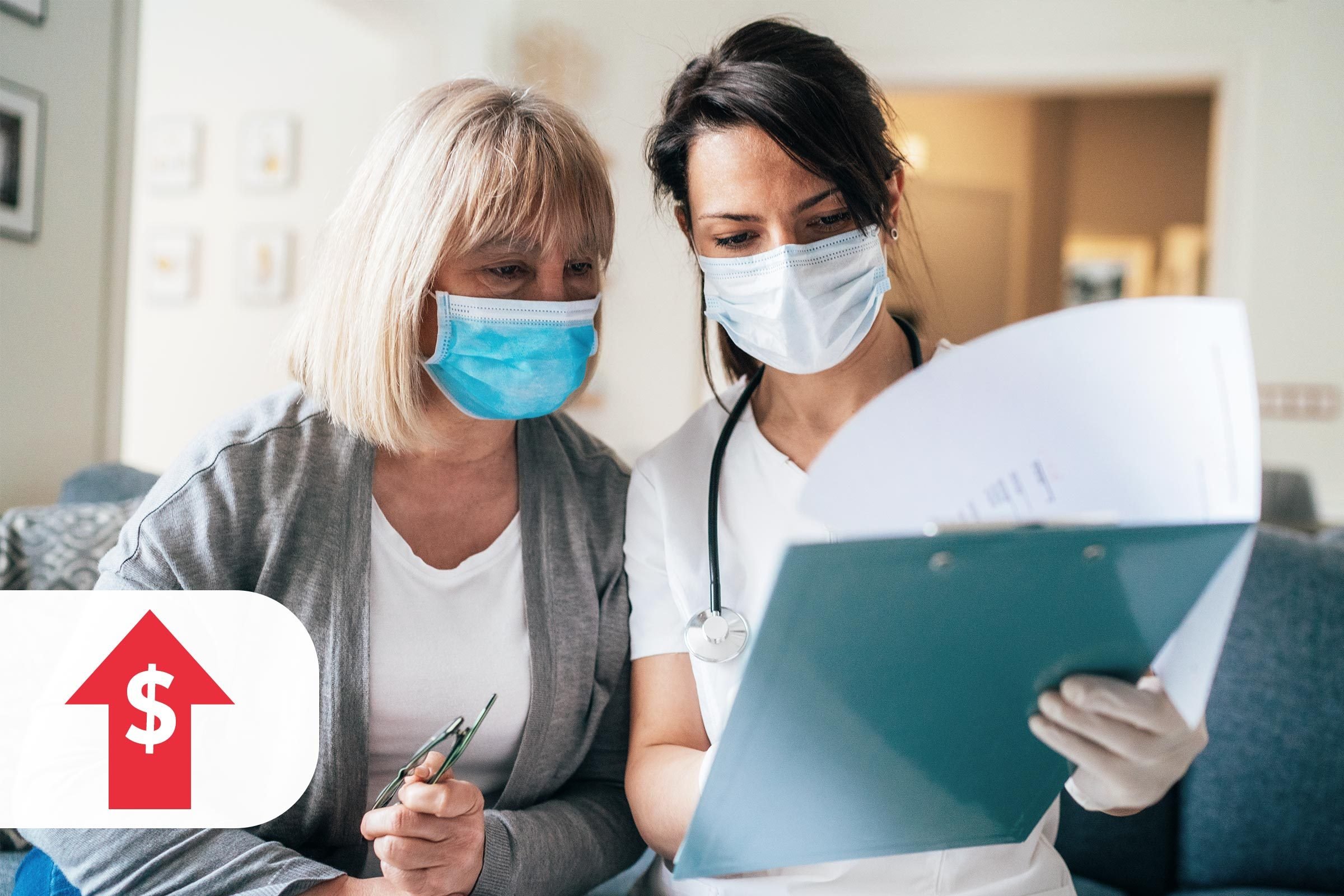 Employee health insurance premiums have increased by 227 percent since 1999 and that percentage will only continue to rise, says Nelson Griswold, managing director of the NextGen Benefits Mastermind Network. While there are so many unknowns after the pandemic is over, one thing is for certain: healthcare costs are increasing even more so now, so health insurance will become much more expensive.

Just how much these premiums will increase will vary from state to state. A PwC report found that employers could see healthcare costs rise 10 percent in 2021 alone, while a second report by Covered California estimates that individual and employer-sponsored premiums could increase by a whopping 40 percent or more. 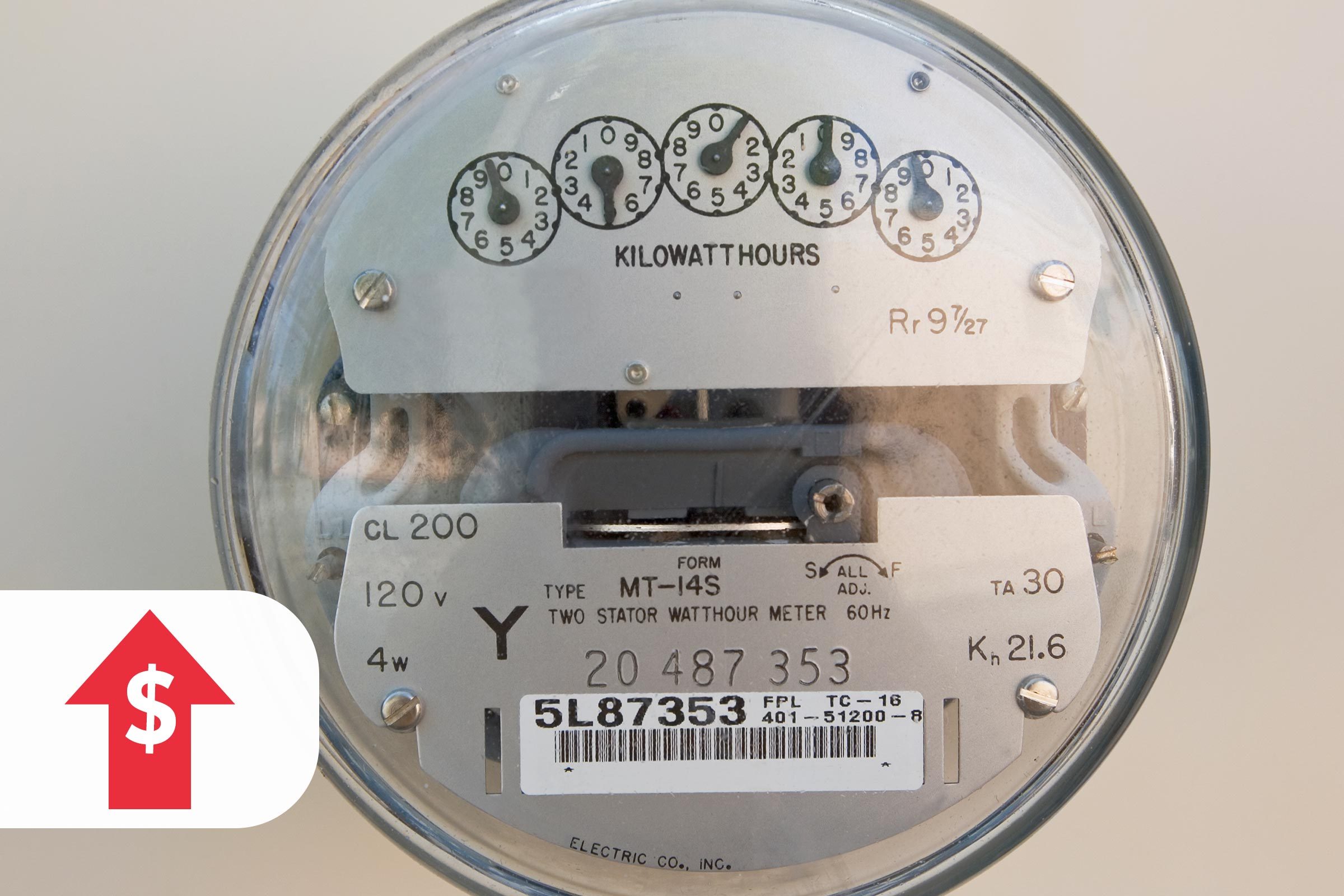 It’s not just that we’re staying home more—and using more electricity when we do—but also that electricity prices are expected to increase by 2.8 percent between 2020 and 2021, reports Statista. “Residents of states with the one-two punch of high summer air conditioning needs and higher average electricity prices are going to get the worst of it,” says Cisco DeVries, energy expert, former White House aide and CEO of OhmConnect. New Jersey, New York, Connecticut, and inland California may see the highest prices, followed by Michigan, Massachusetts, New Mexico, and Illinois. But residents in states where rates are traditionally low may feel the pinch, DeVries says. “Electricity prices in Texas aren’t terribly high, but their energy use during the summer is extraordinarily high. The Lone Star state is also experiencing a surge of COVID-19 cases that has led State officials to ask people to stay home, which will exacerbate the increase in residential utility bills,” he adds. Follow these 13 tricks to keep your summer utility bills low.

Charu Suri
Charu Suri is an award-winning journalist who writes primarily in the travel beat. She contributes regularly to The New York Times and Architectural Digest. Her stories have won gold in the North American Travel Journalists Association awards, and she is also a jazz pianist and composer who became the first Indian American jazz composer to premier work at Carnegie Hall. Her first album, Lollipops for Breakfast, won a Global Music Award.